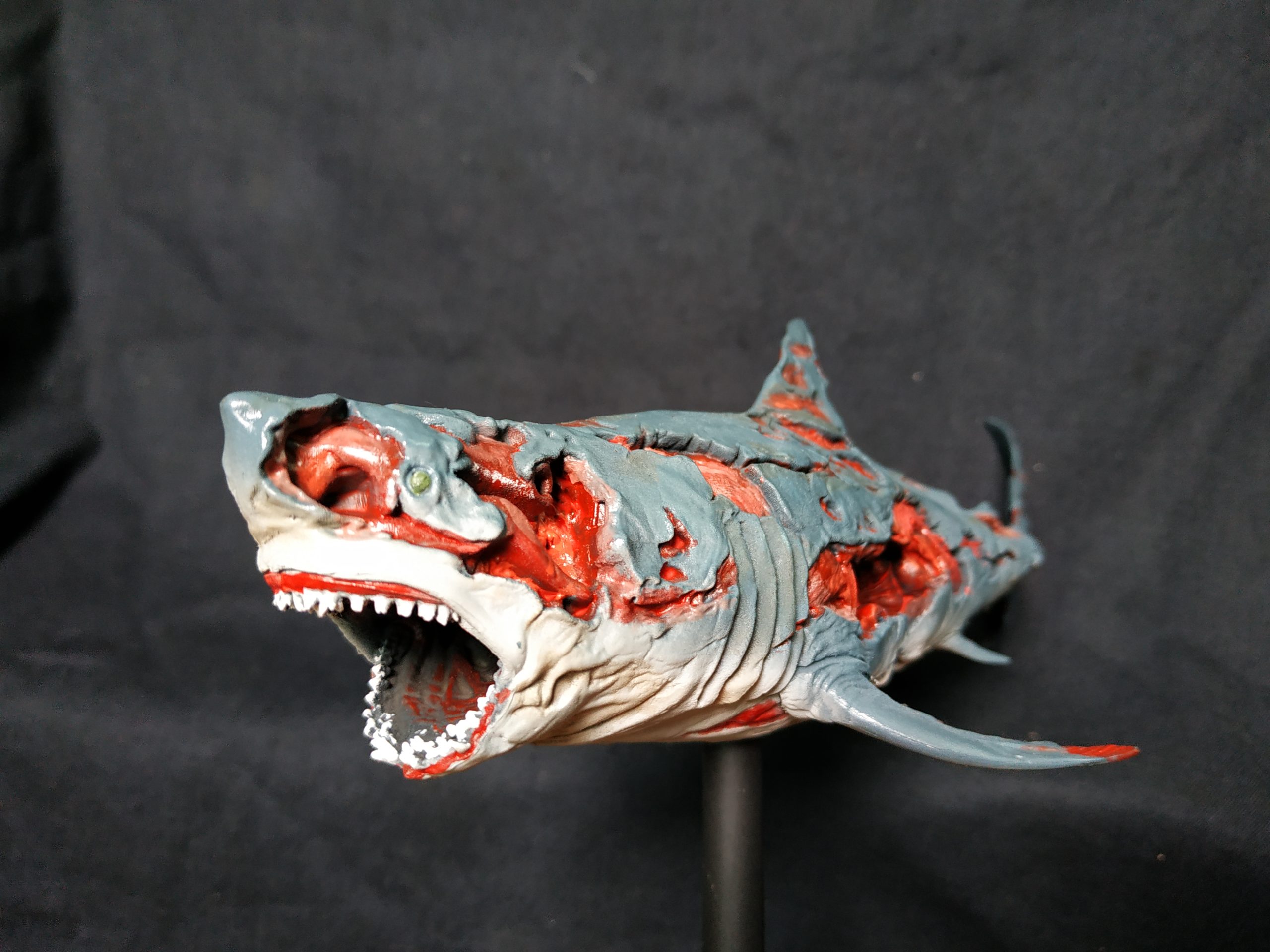 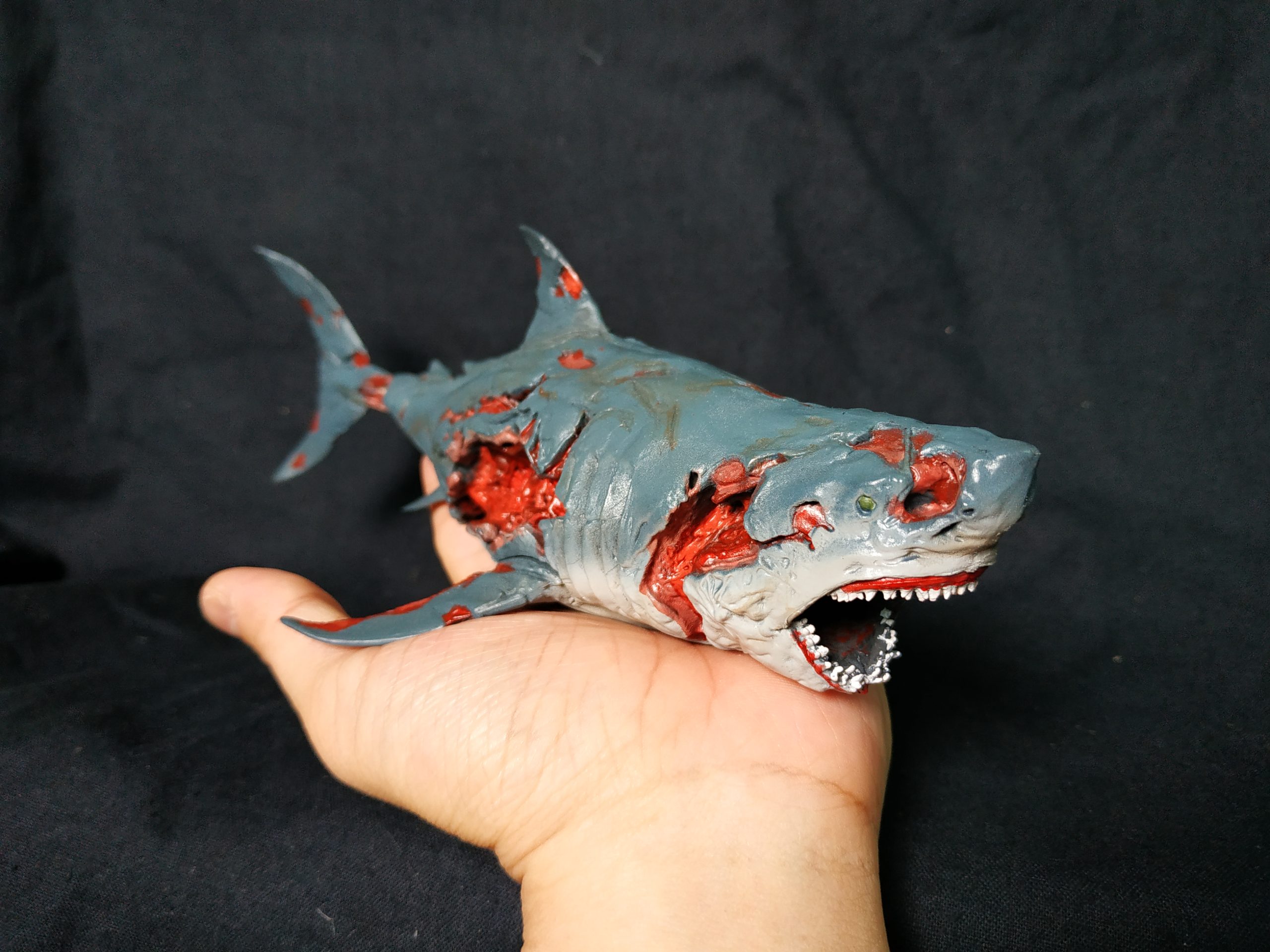 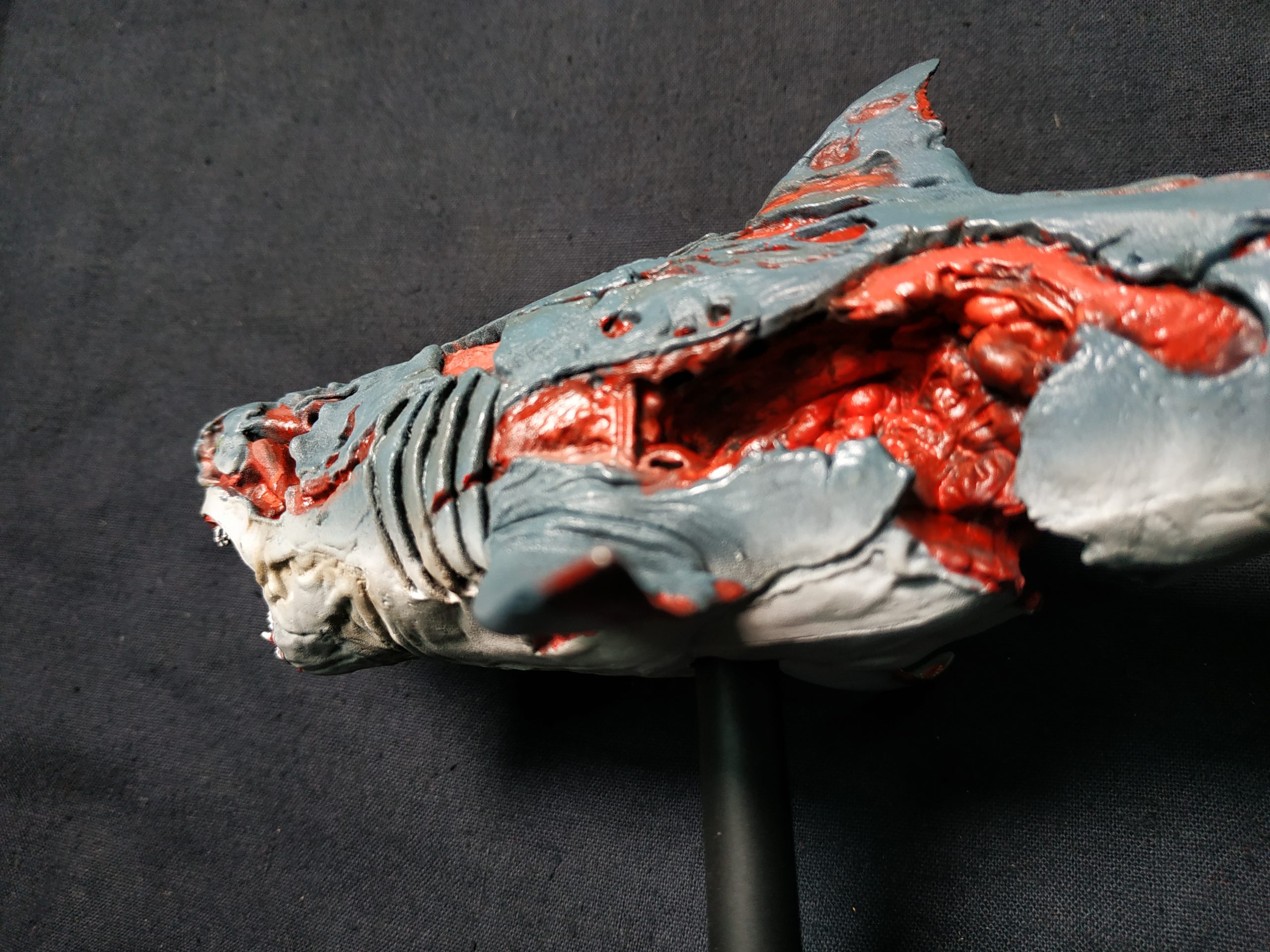 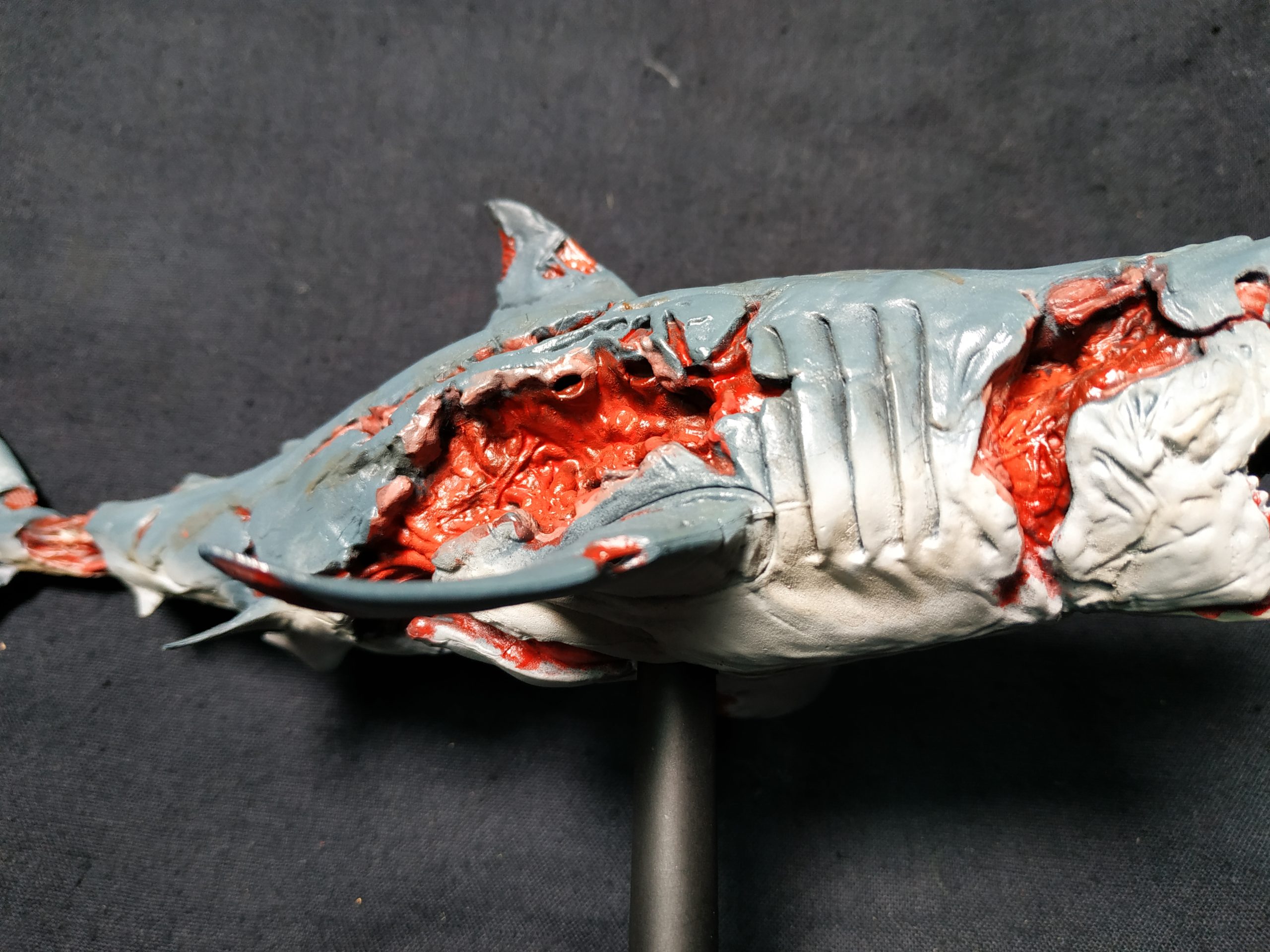 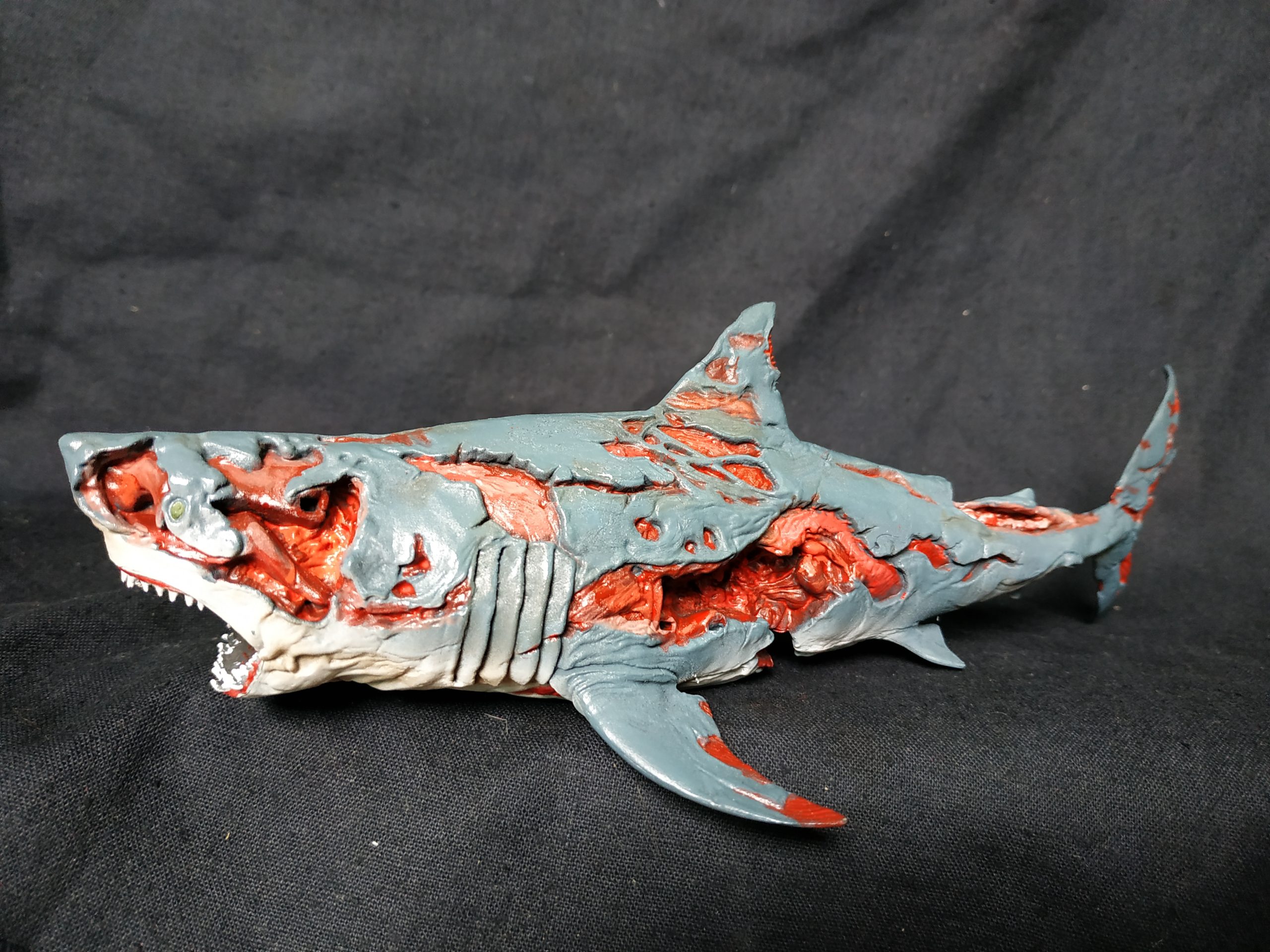 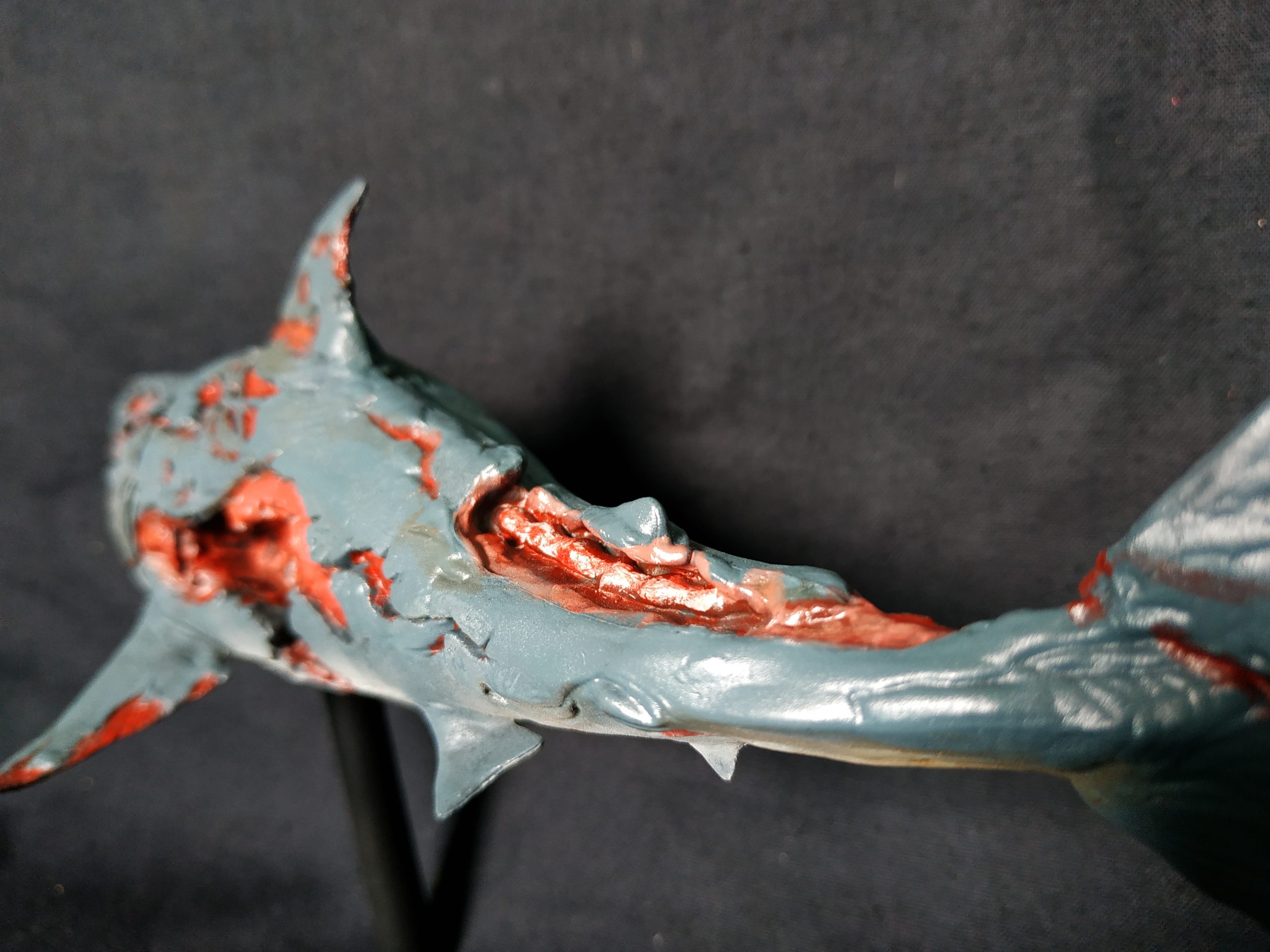 The imagine shark with serious cut. Painted by Tamiya and Citadel paint, some effects by Tamiya panel line Addition story I found this model on an Chinese online shop, it had finished version and unpainted version. The finihsed version made me really impressed at the first sight, and I decided to take the unpainted one as a challenge. Because of a Citadel red paint, it became too fresh for a zombie, but I think it is good enough for me now

After posting to Facebook, someone showed me that the finished shark in the shop was the model from “Zombie Army 4: Dead War Collector’s Edition” (PS4 game with bonus figures). So the white model I bought maybe the recast thing, I am sorry about that. Thank you for watching and happy painting!