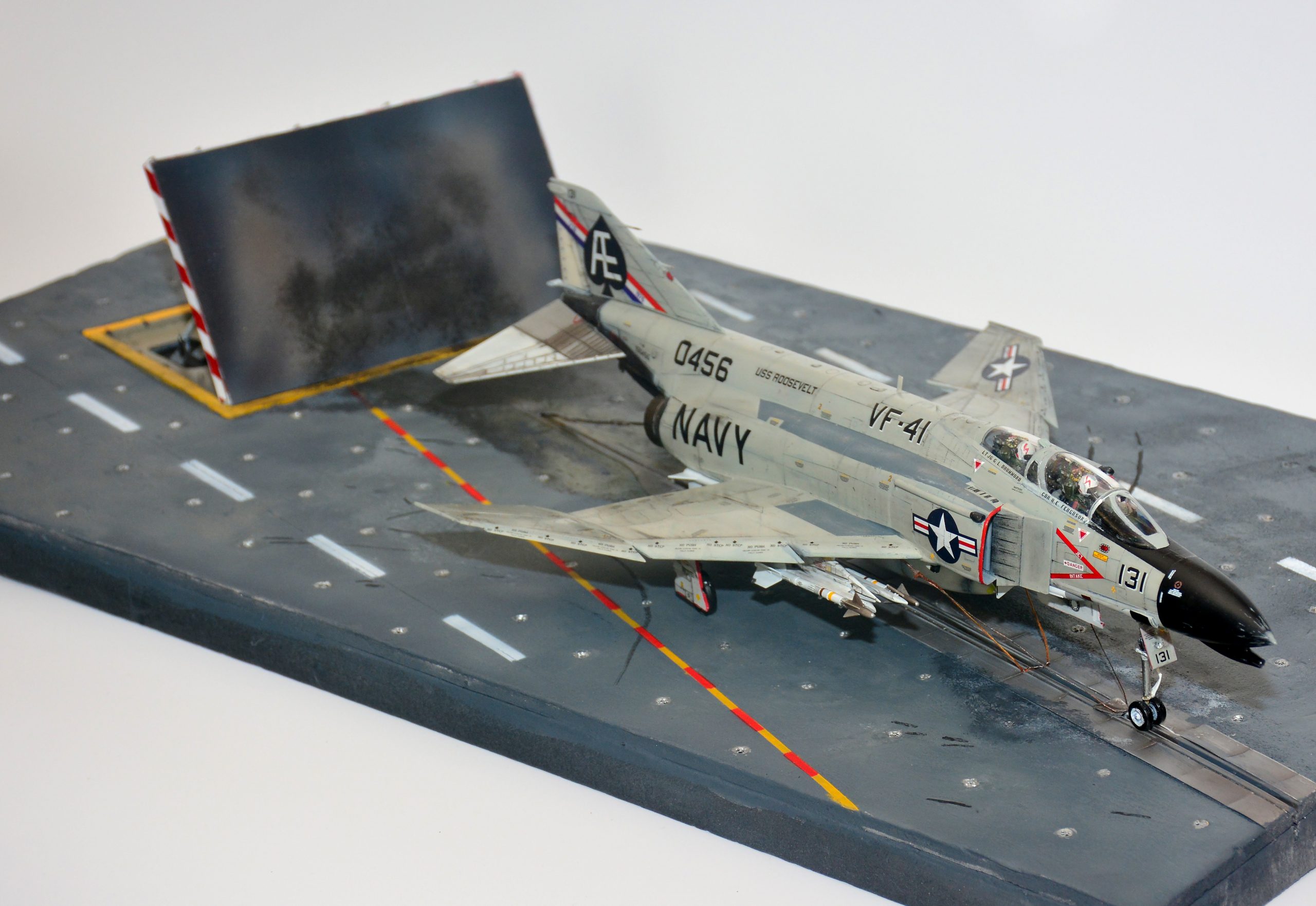 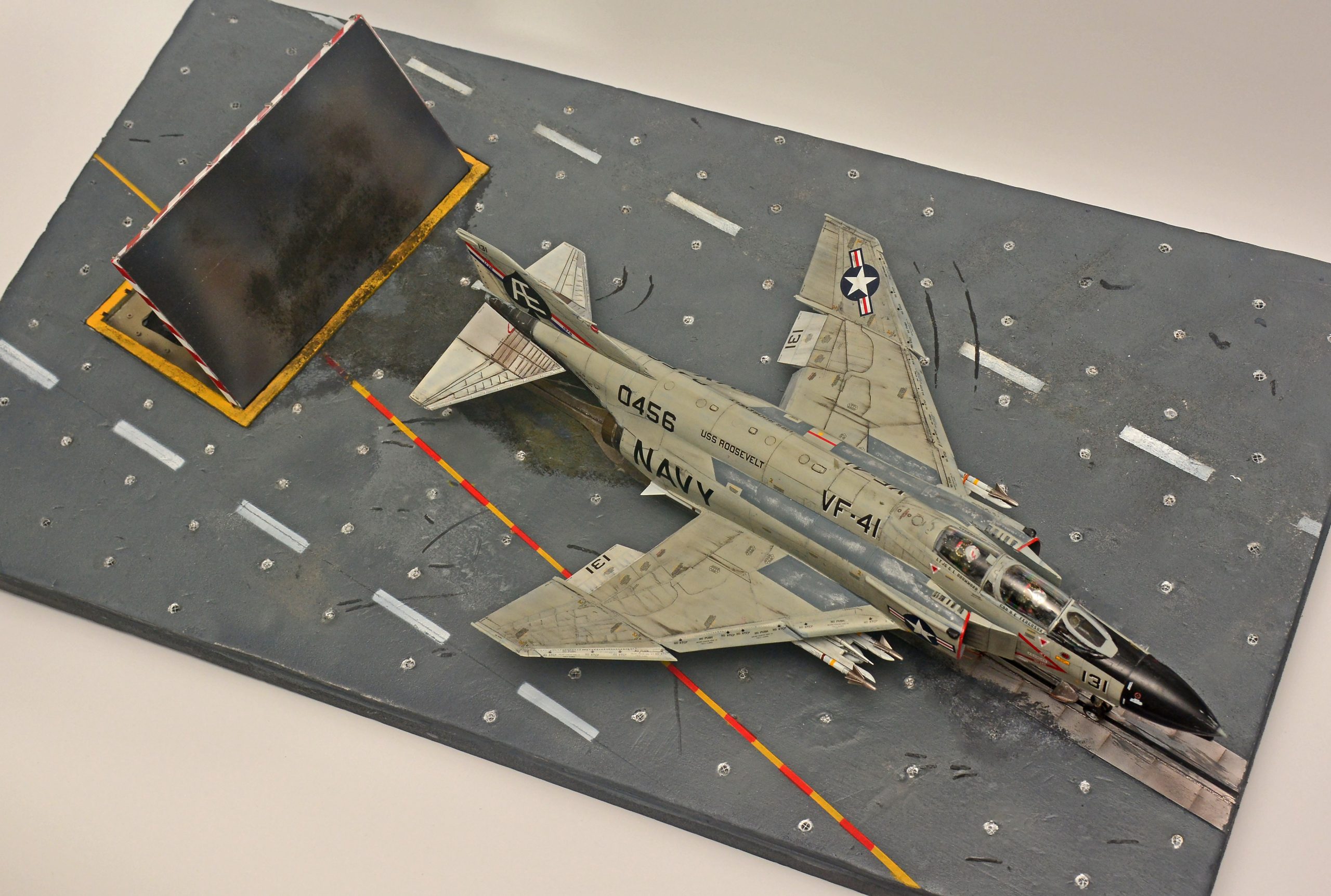 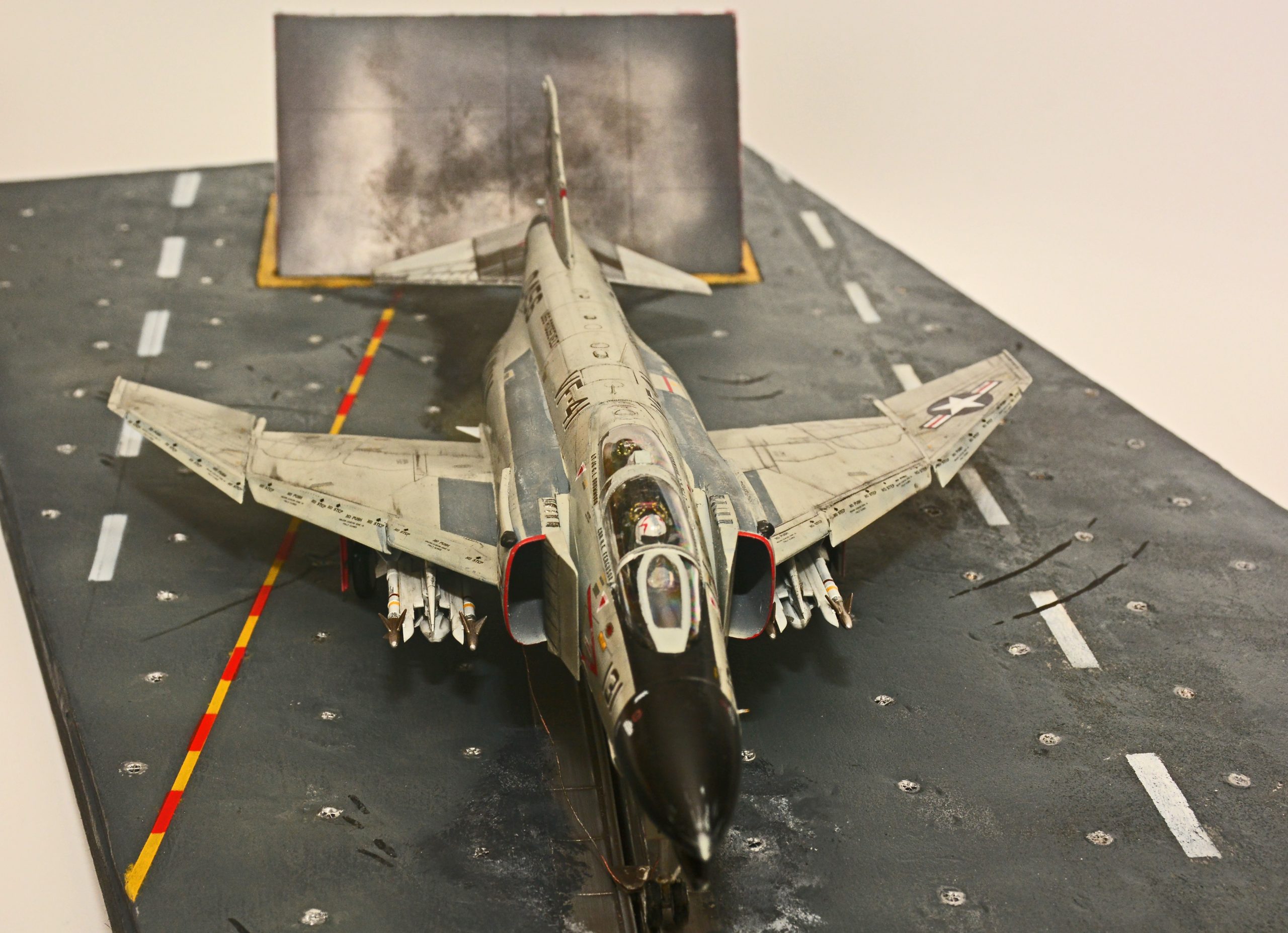 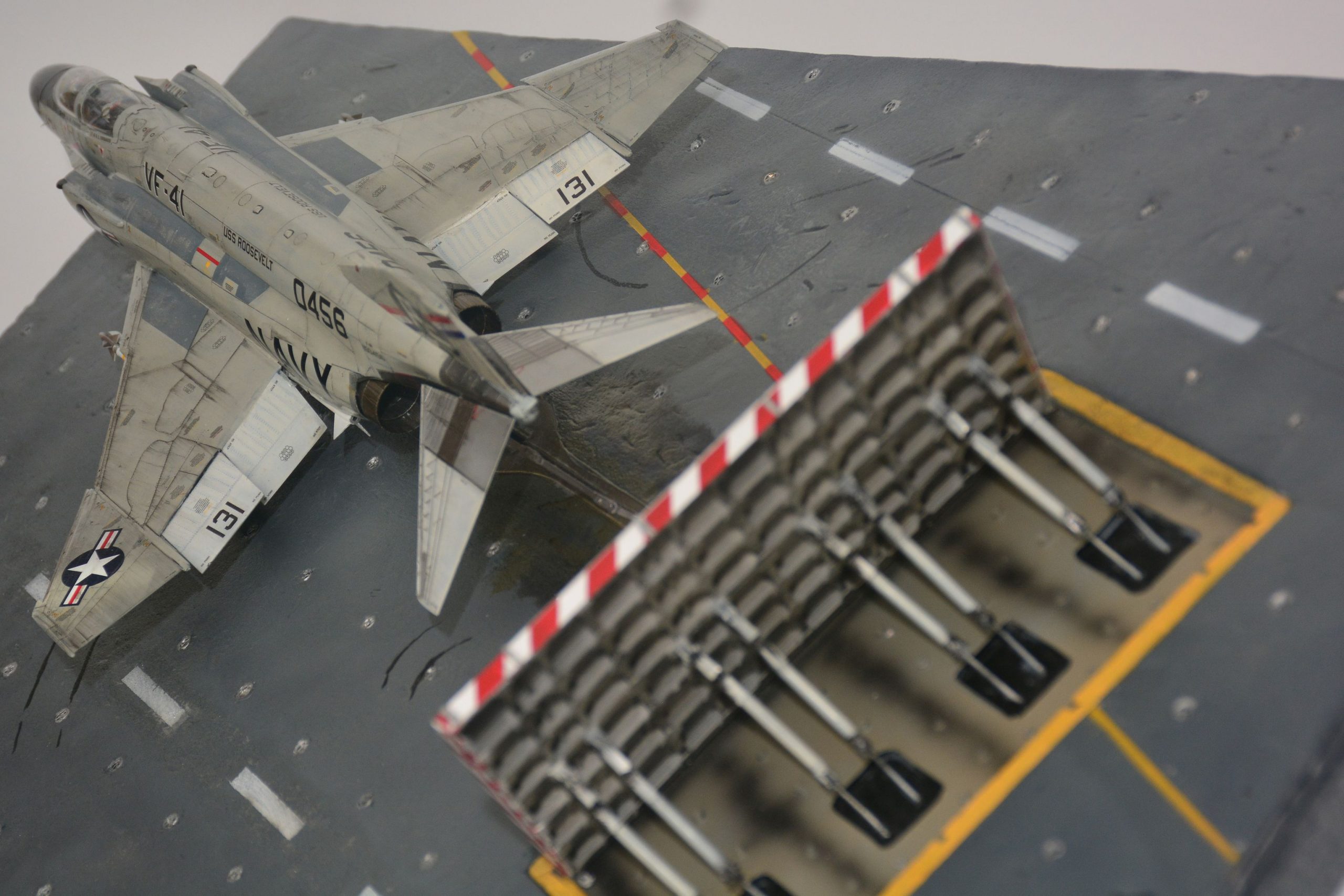 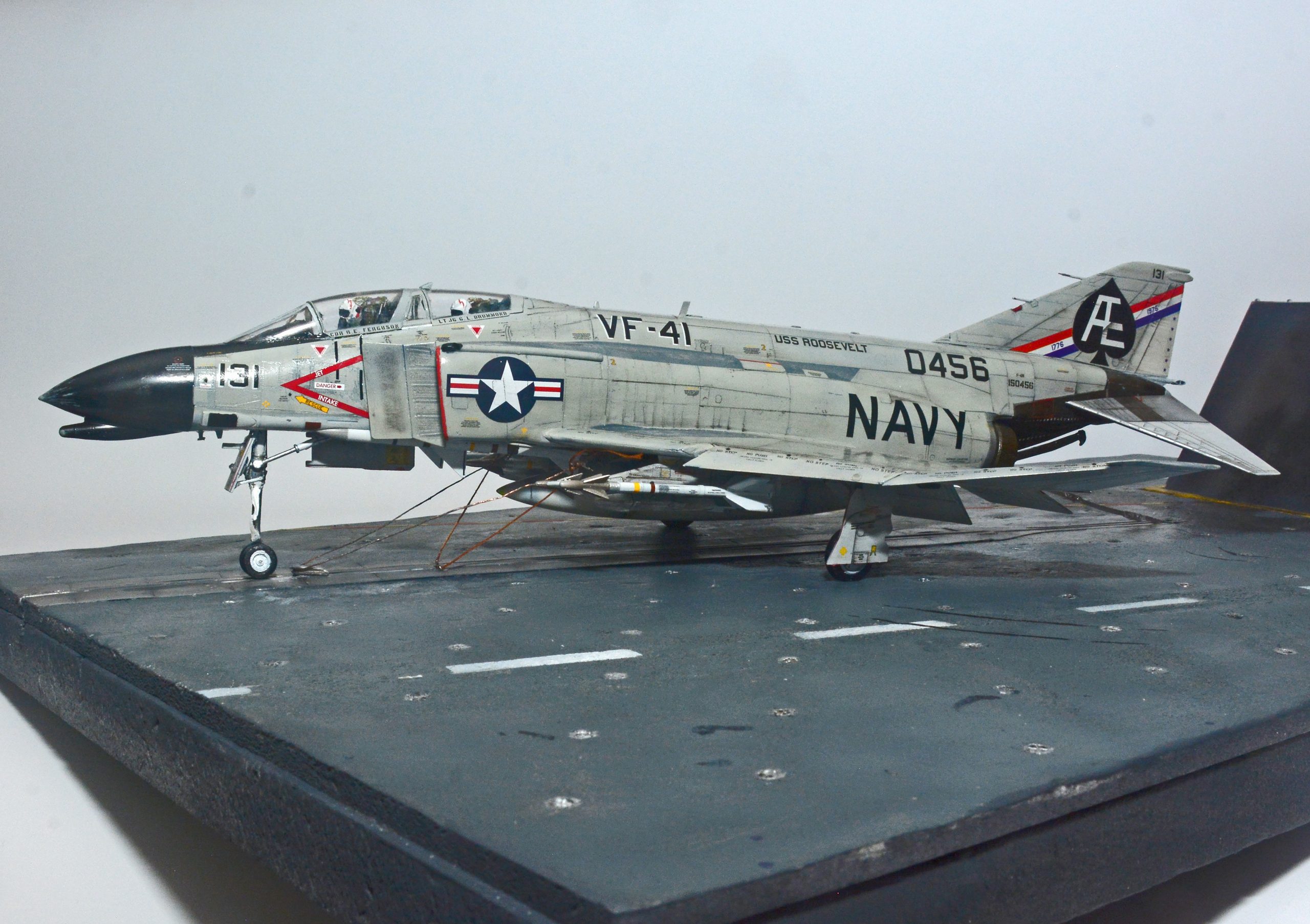 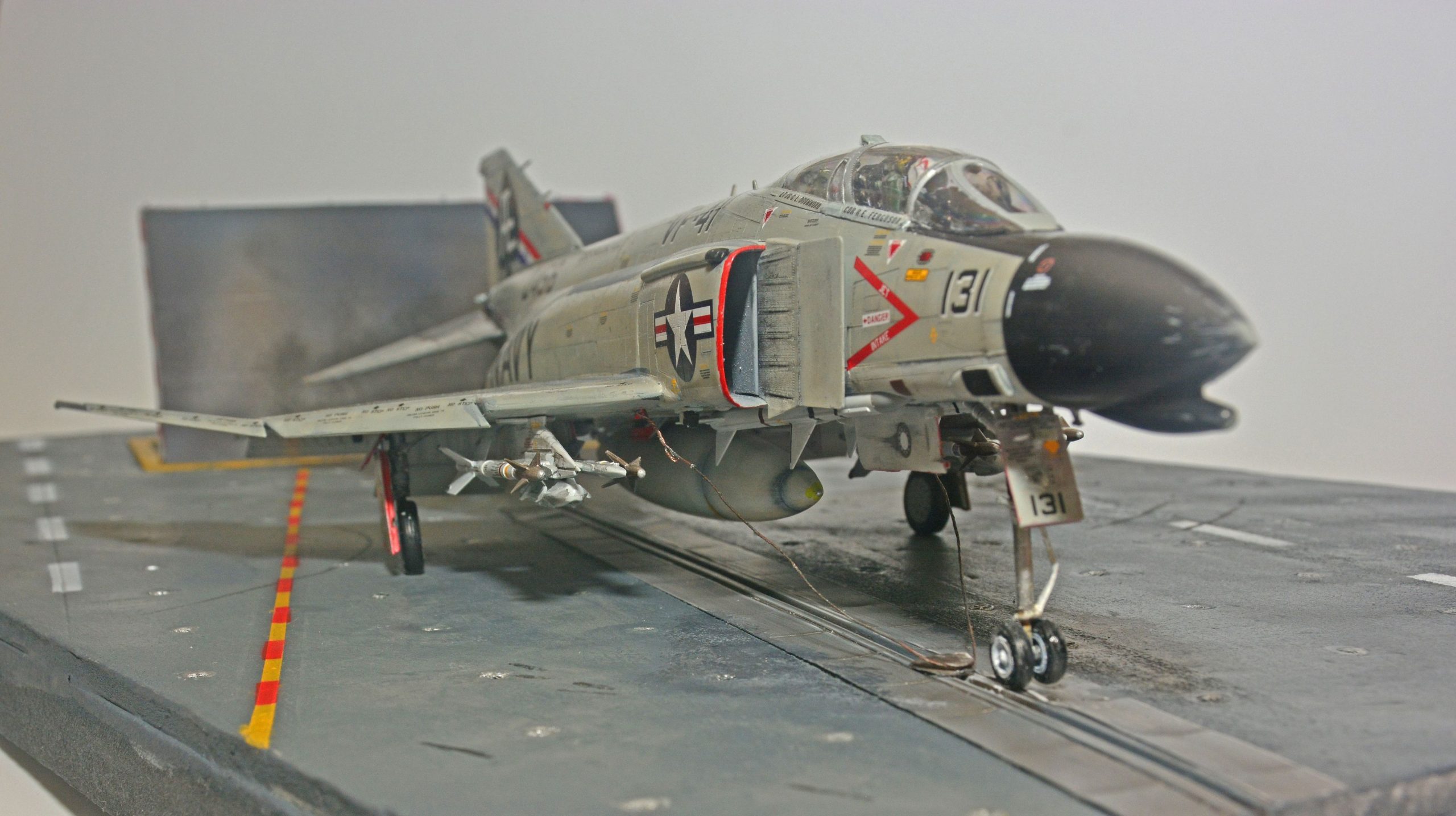 US Navy F-4N on the catapult

It’s a diorama where the crate is clamped into the catapult “ready to launch” with the Jet Blast Deflector fully extended. The configuration of the model is therefore such; nose gear extended 20″ in the ‘hiked’ config, LE edge flaps T/O position, TE flaps full down (60°), ailerons in max droop (16.5°) and the hold back assy attached to the deck and bridle cable attached to the catapult shuttle. There are also 112 anchor points in the deck, PE parts from Infiniti.

The deck and the Jet Blast Deflector (JBD) are made from scratch with own drawings of photos from books and the internet, and almost as much fun job as building the F4.

US Navy F-4N on the catapult