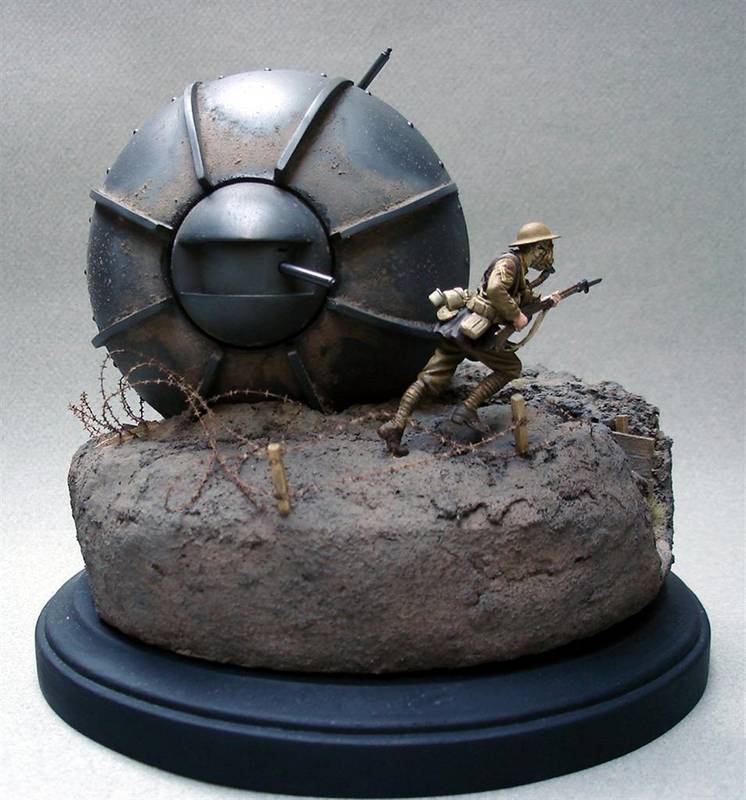 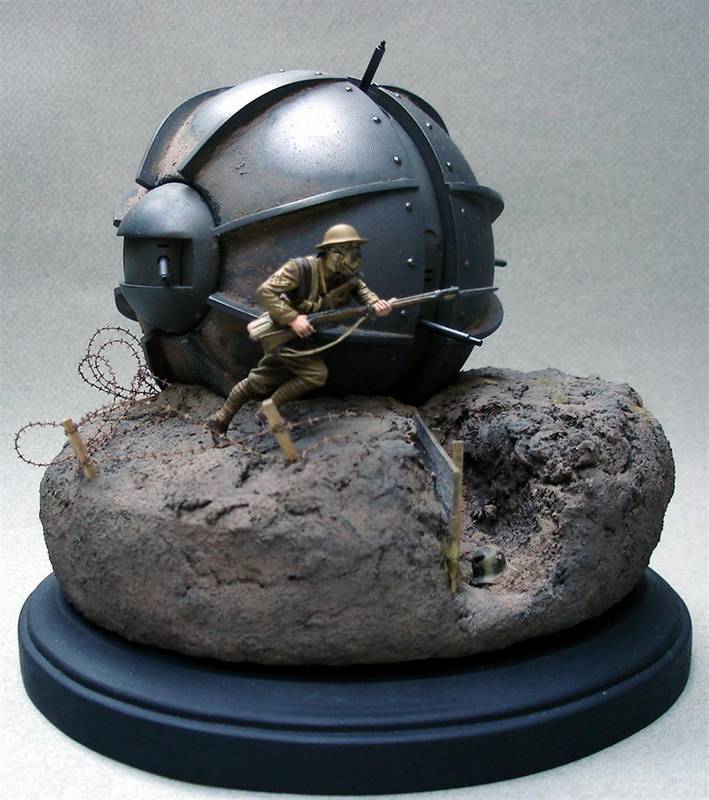 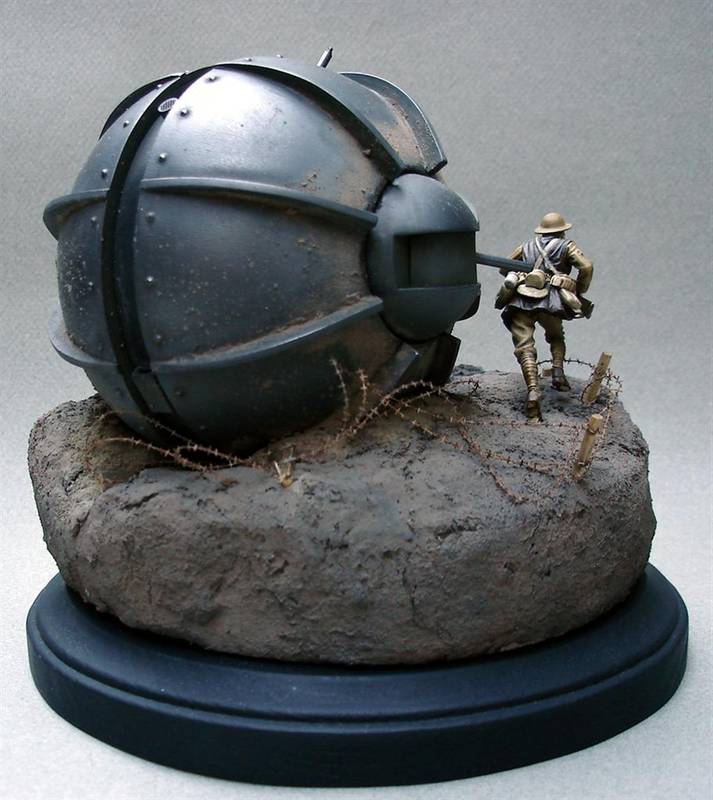 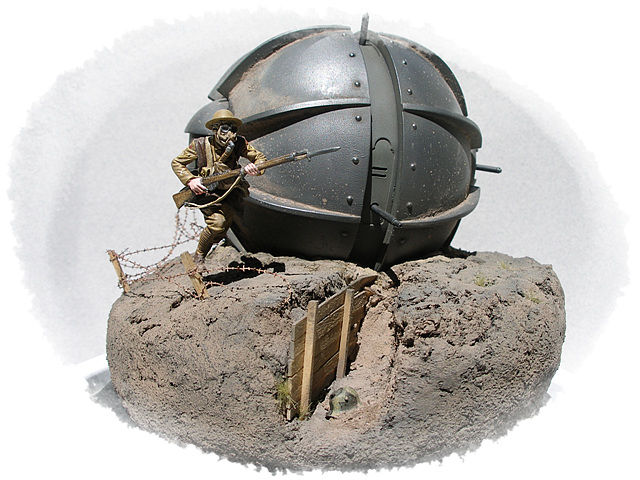 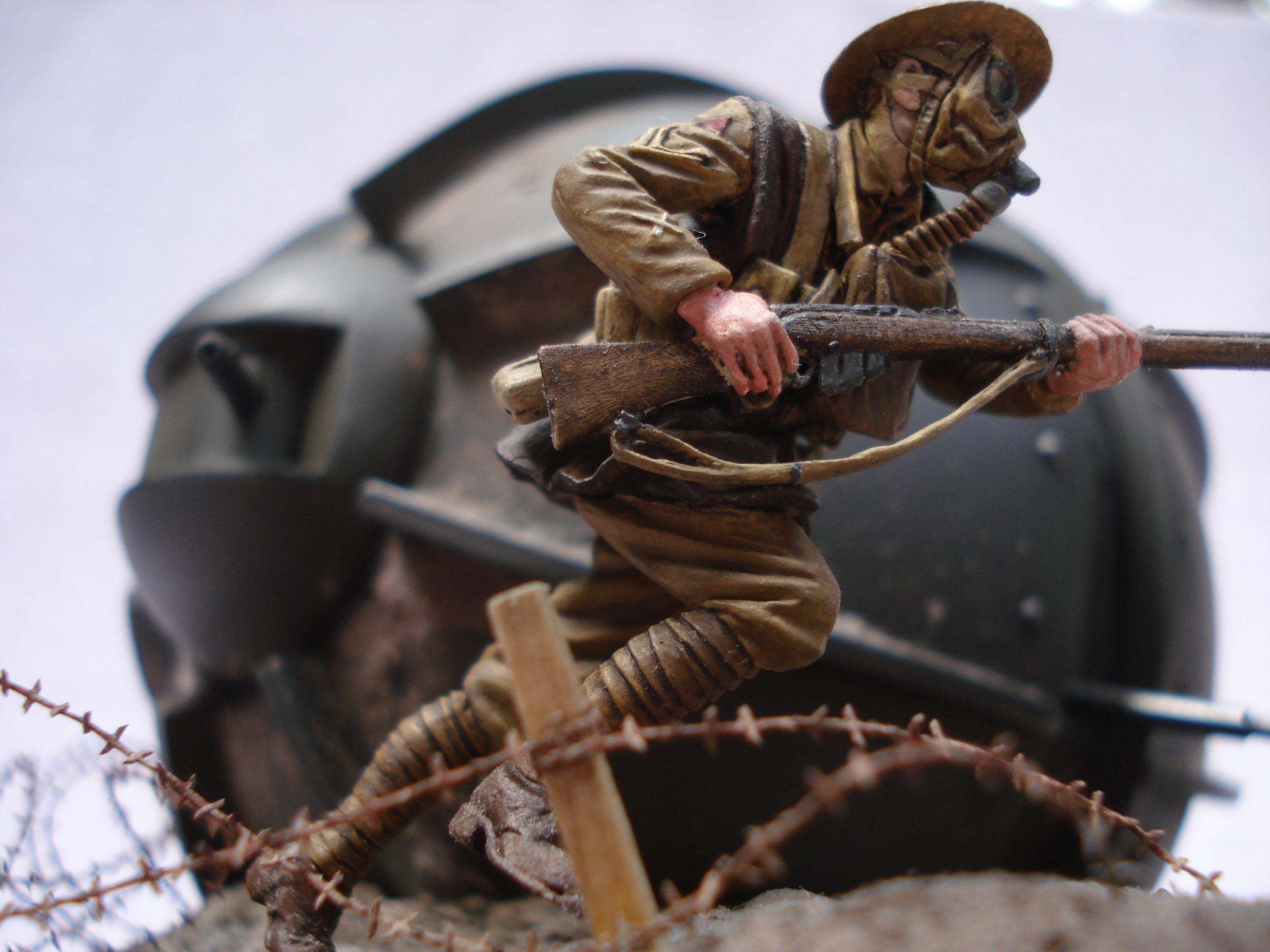 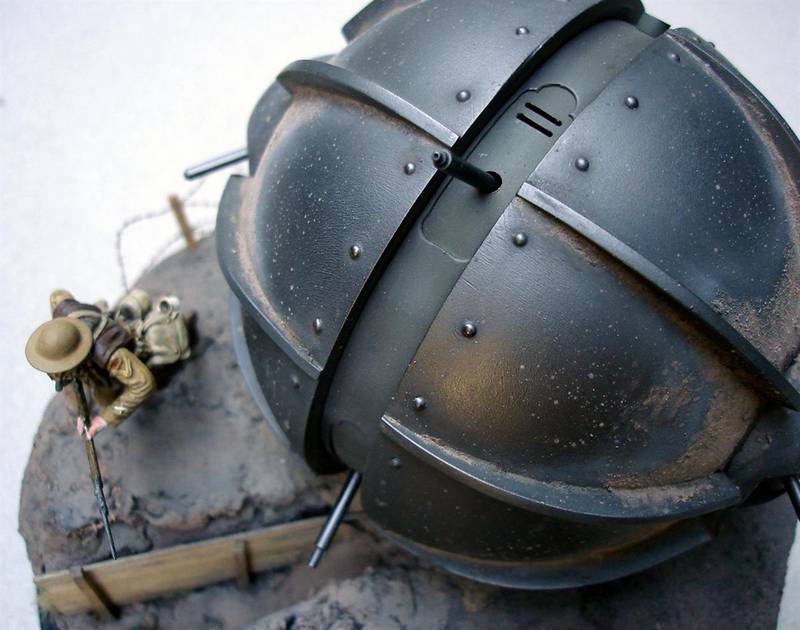 The diorama is titled “Tumbleweed Tank” I built this diorama in 2007. The inspiration came from the cover of a 1930’s era ‘Popular Science” magazine. The tank was comprised of two finned sided that rotated around a spherical compartment that housed the driver and gunners. The premise of a round, rolling tank of course is a little absurd…but articles like this one and the accompanying artwork are what makes the early Popular Science magazines so memorable. The model is scratch built using a plastic Christmas tree ornament and various bits of Evergreen styrene with aluminum tubing for the guns. The figure is from Andrea “English Infantryman WW1″(S3-F13) cast in white metal. I had wanted to build a model based on the magazine cover but it really came to past when I found the Andrea figure….it was almost a perfect replica of the figure on the Popular Science cover. The scale is approx 1:32 because the Andrea figure was in that scale. As stated, the figure is from Andrea and the tank and base are scratch built. Once the figure was acquired it project took about 40 hours to complete.