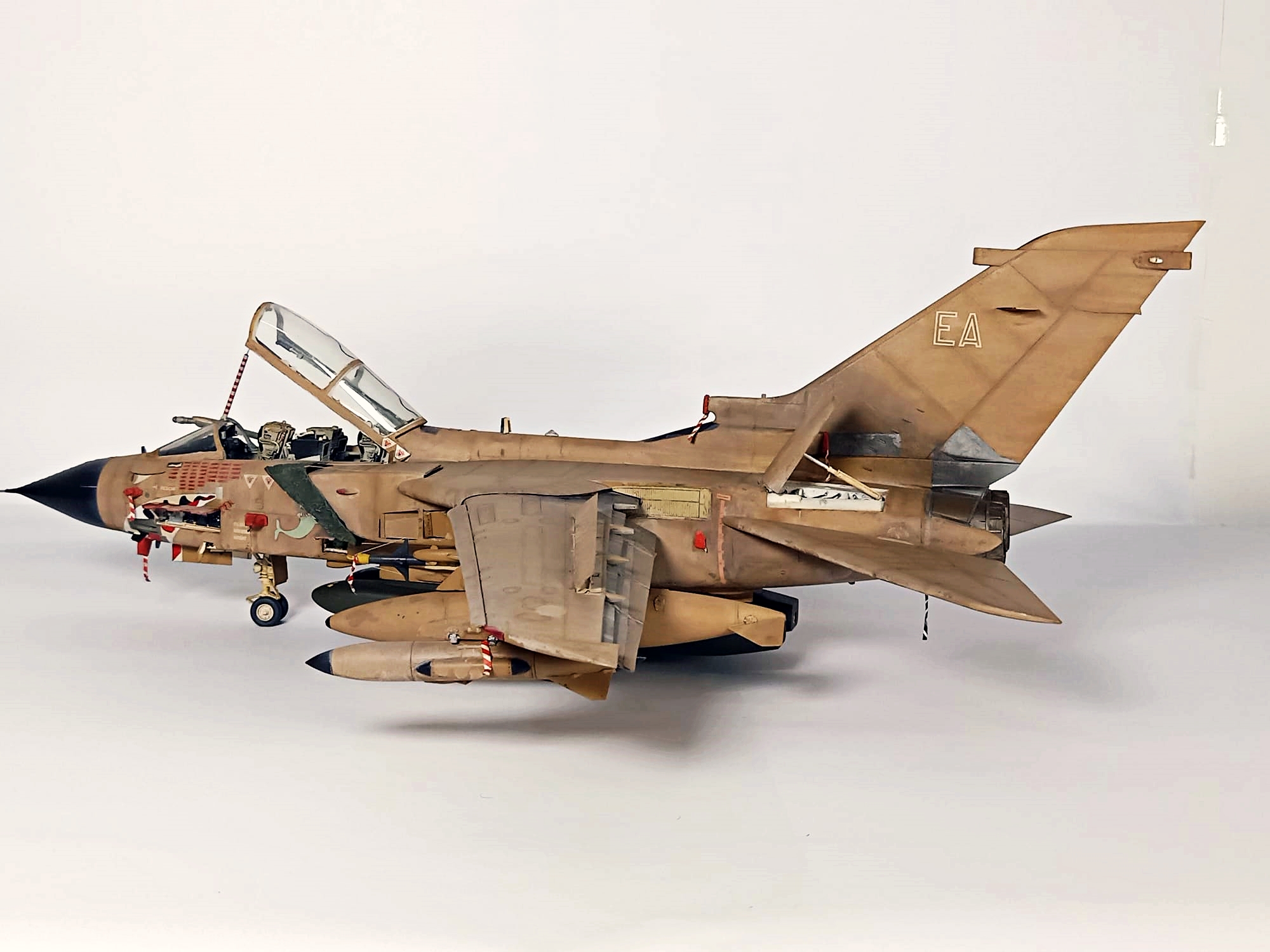 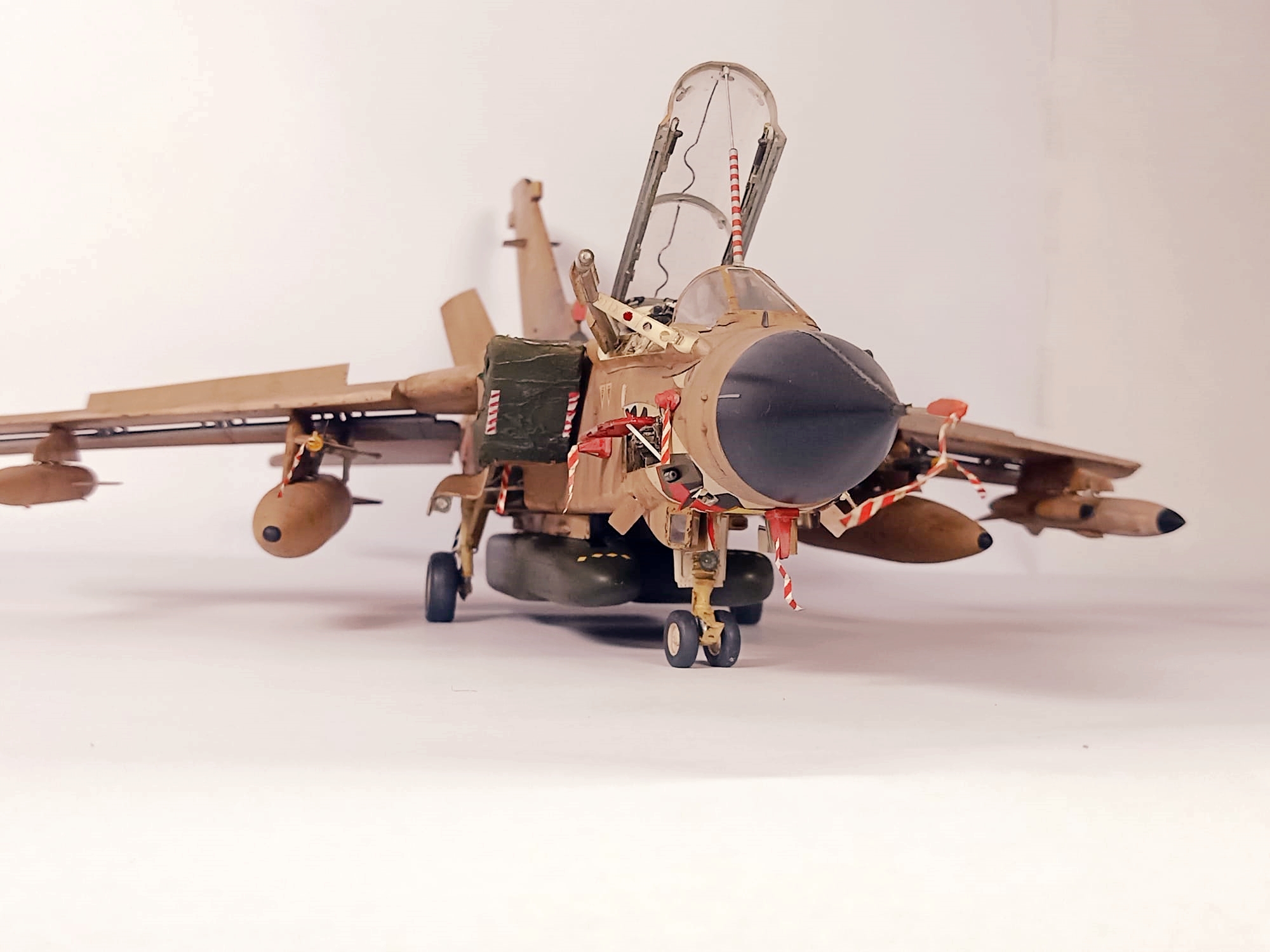 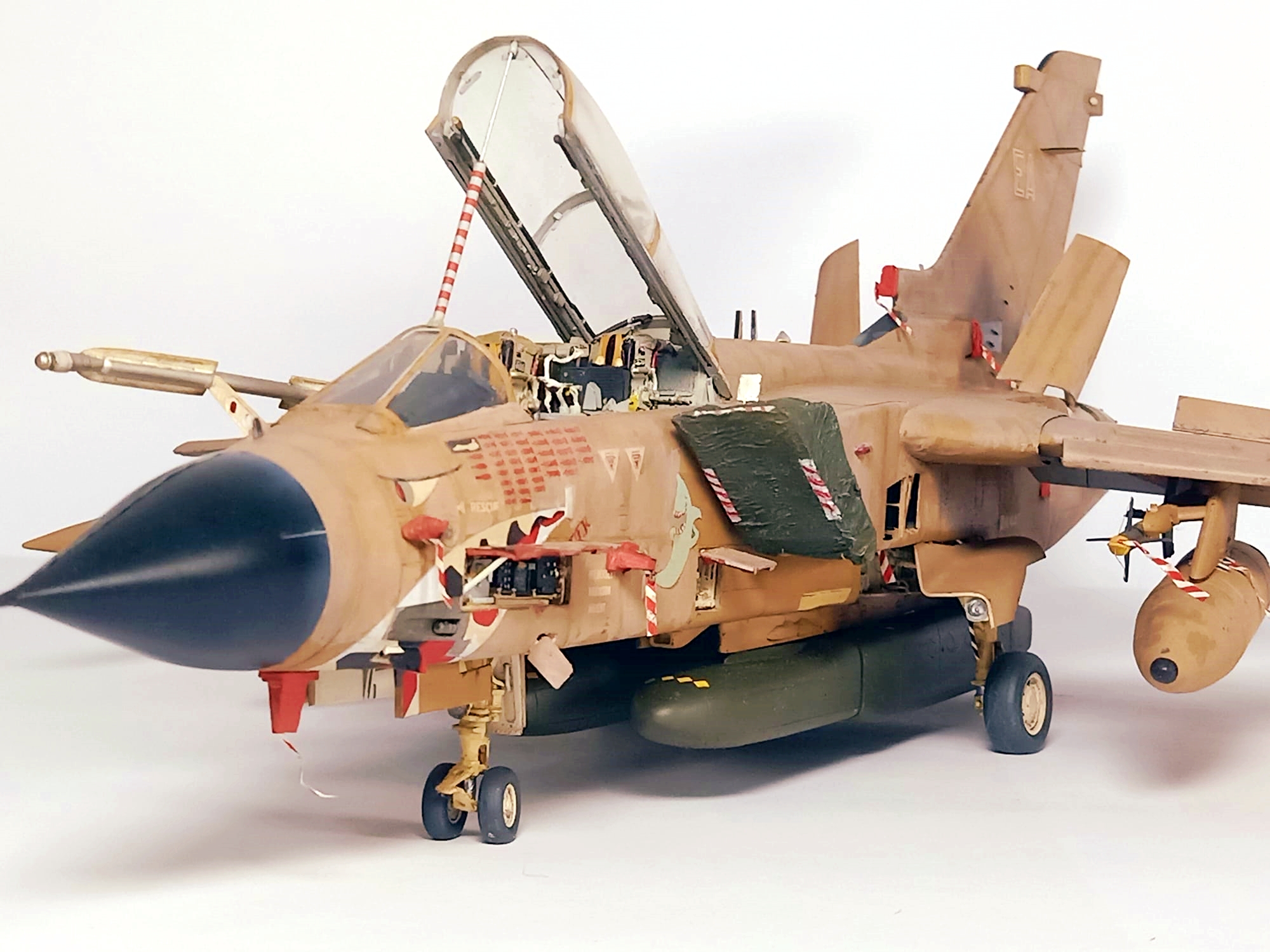 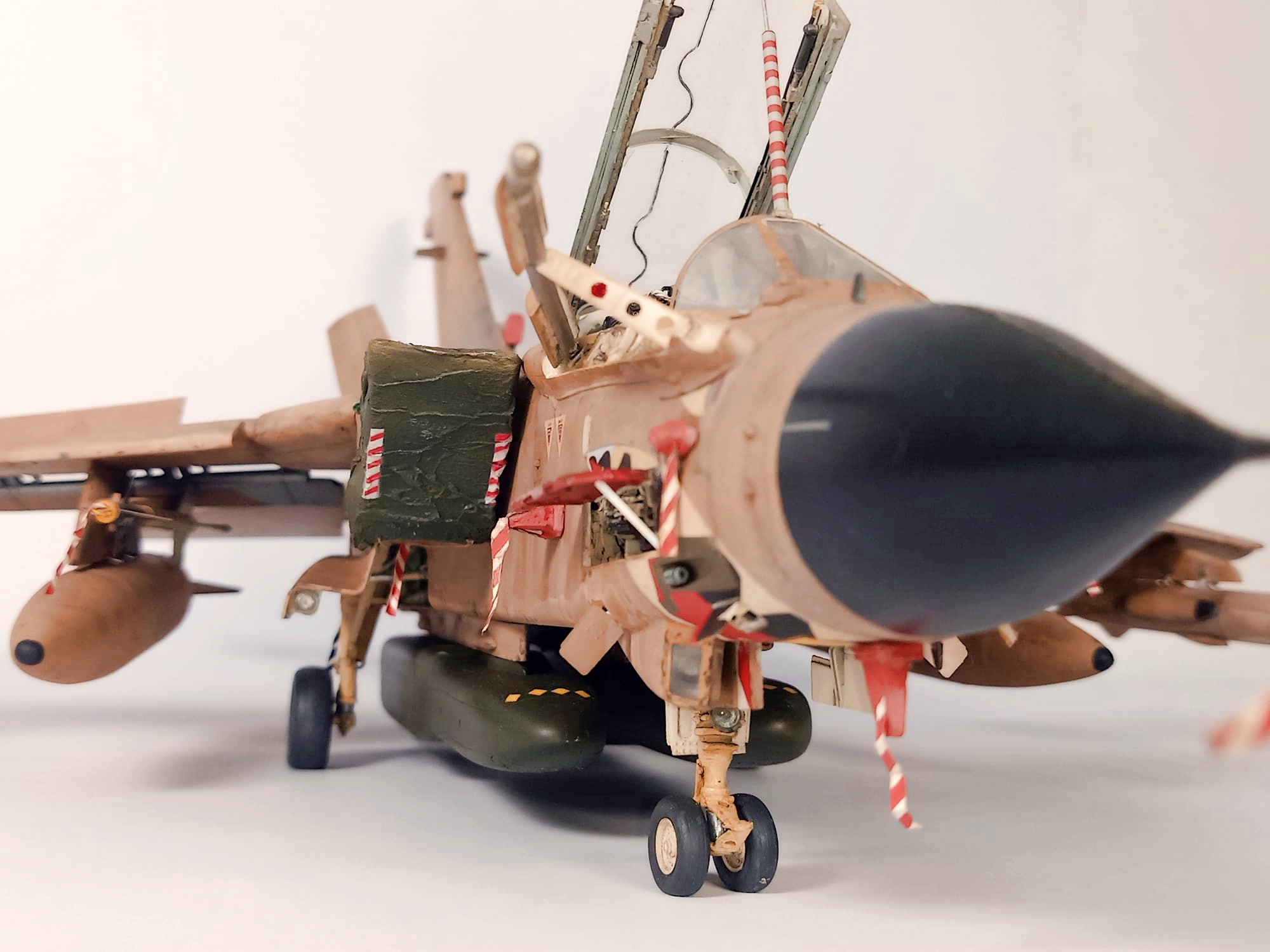 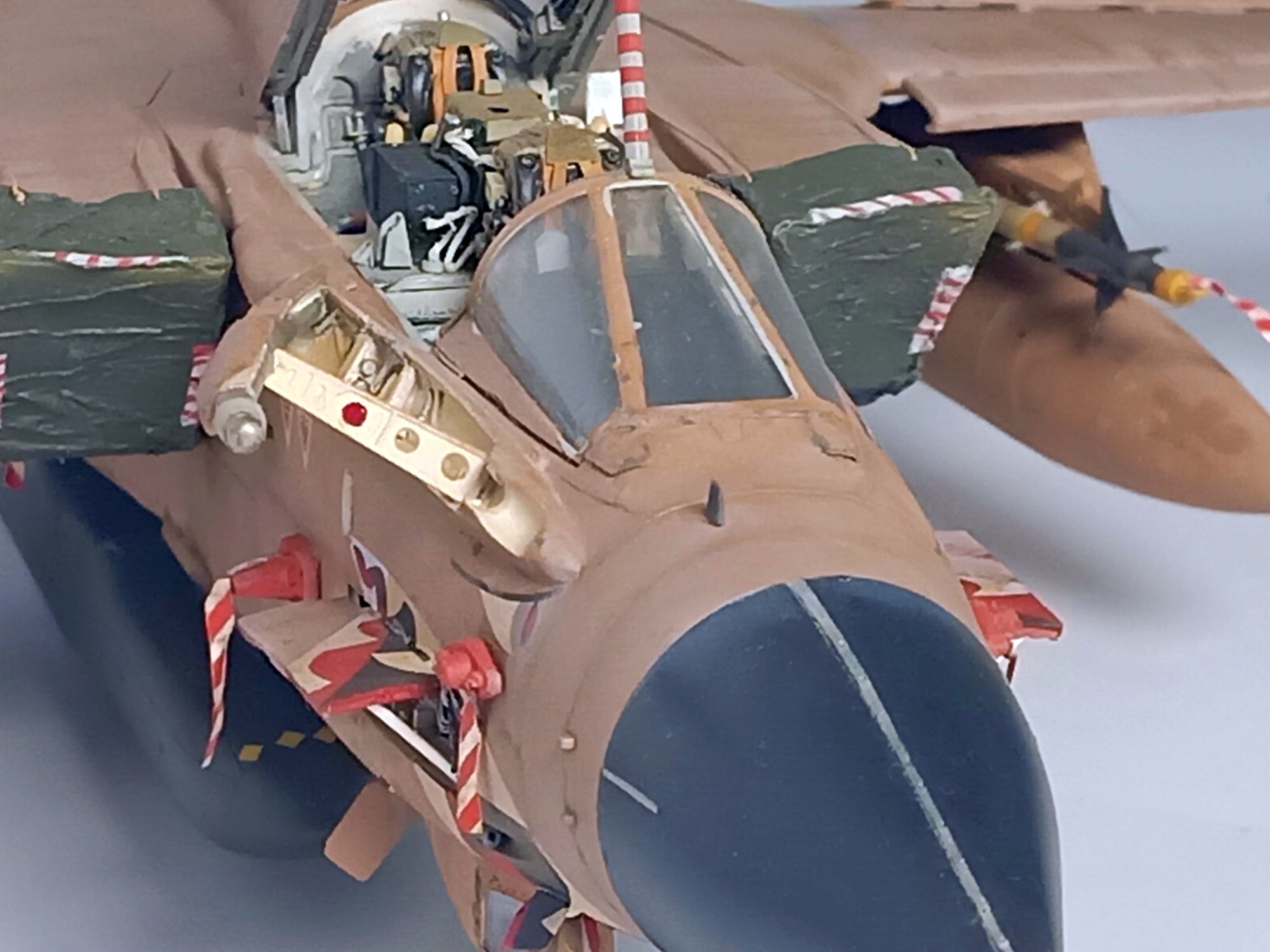 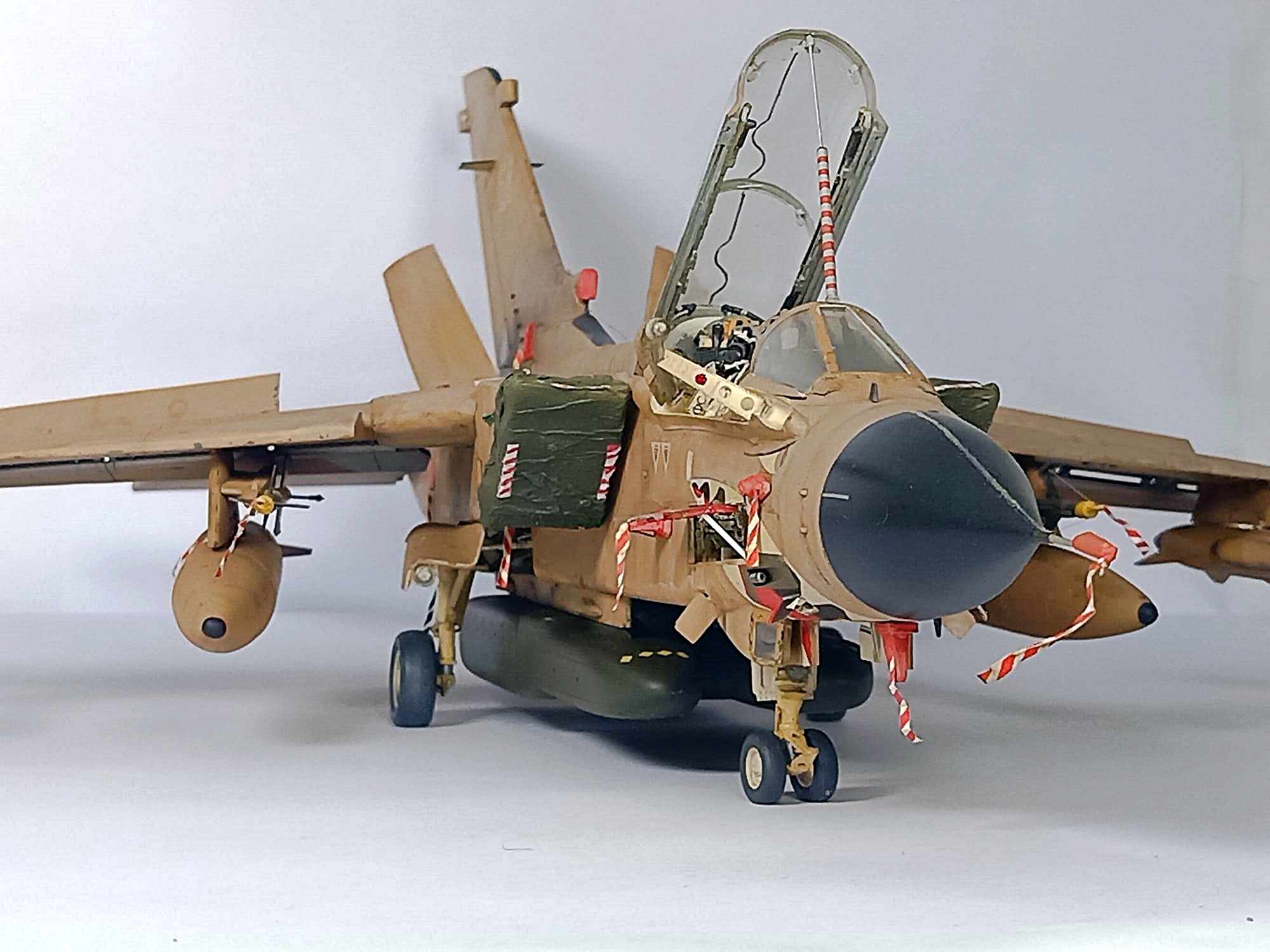 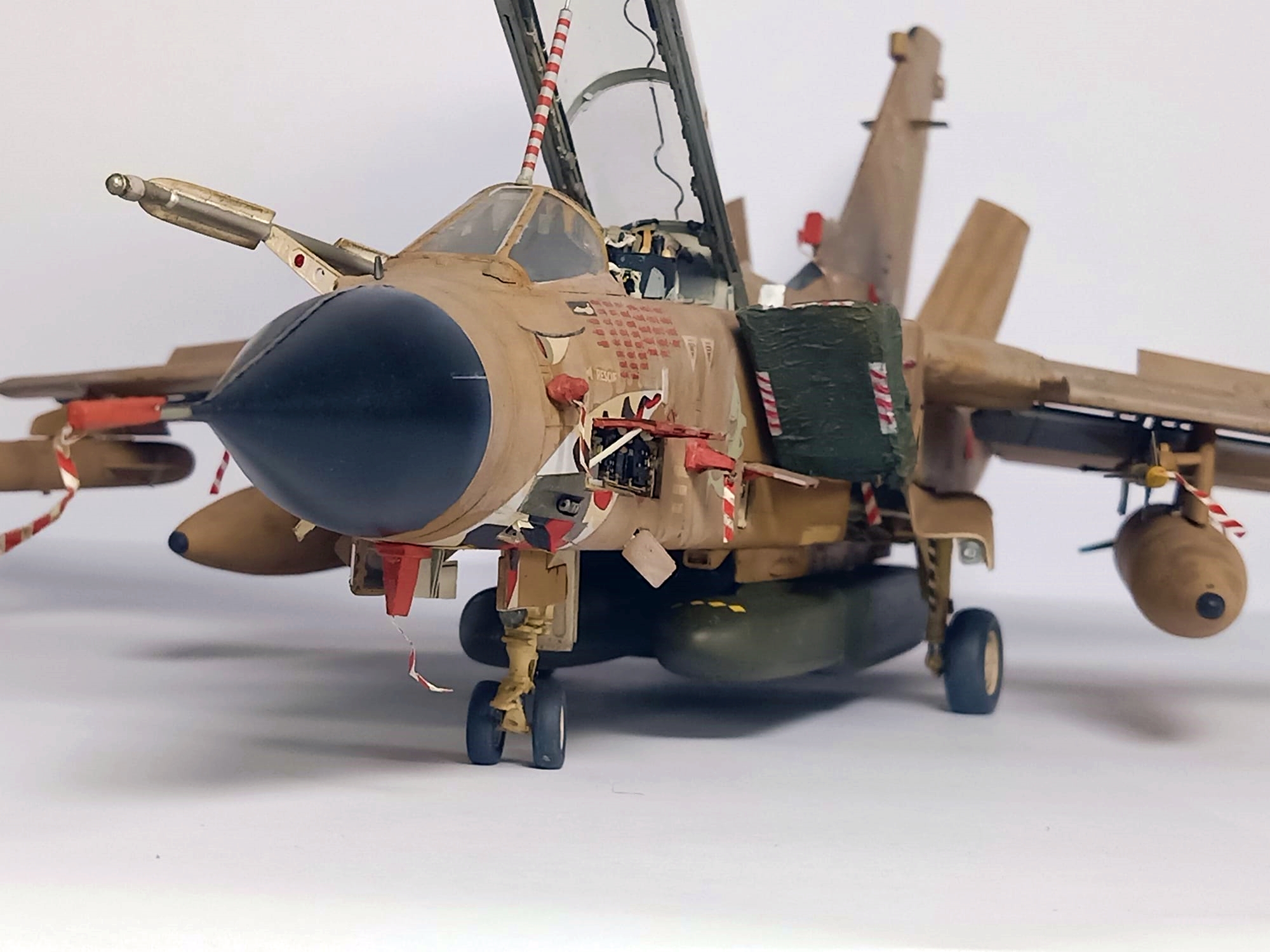 This is my 1/32nd scale Revell Tornado. I chose the Gulf War scheme as it captured my interest and imagination when they were shown on BBC, back in 1991. The Kit was complimented with Tac Scale Dynamics upgrades Flaps, cockpit and avionics. I had also added the Paragon JP233 resin kit. I found that the landing gear struts seem to be weak, so I had upgraded it to the SAC white metal kit. Overall, it was a fun build. The Tornado is my all time Favorite Attack Aircraft.