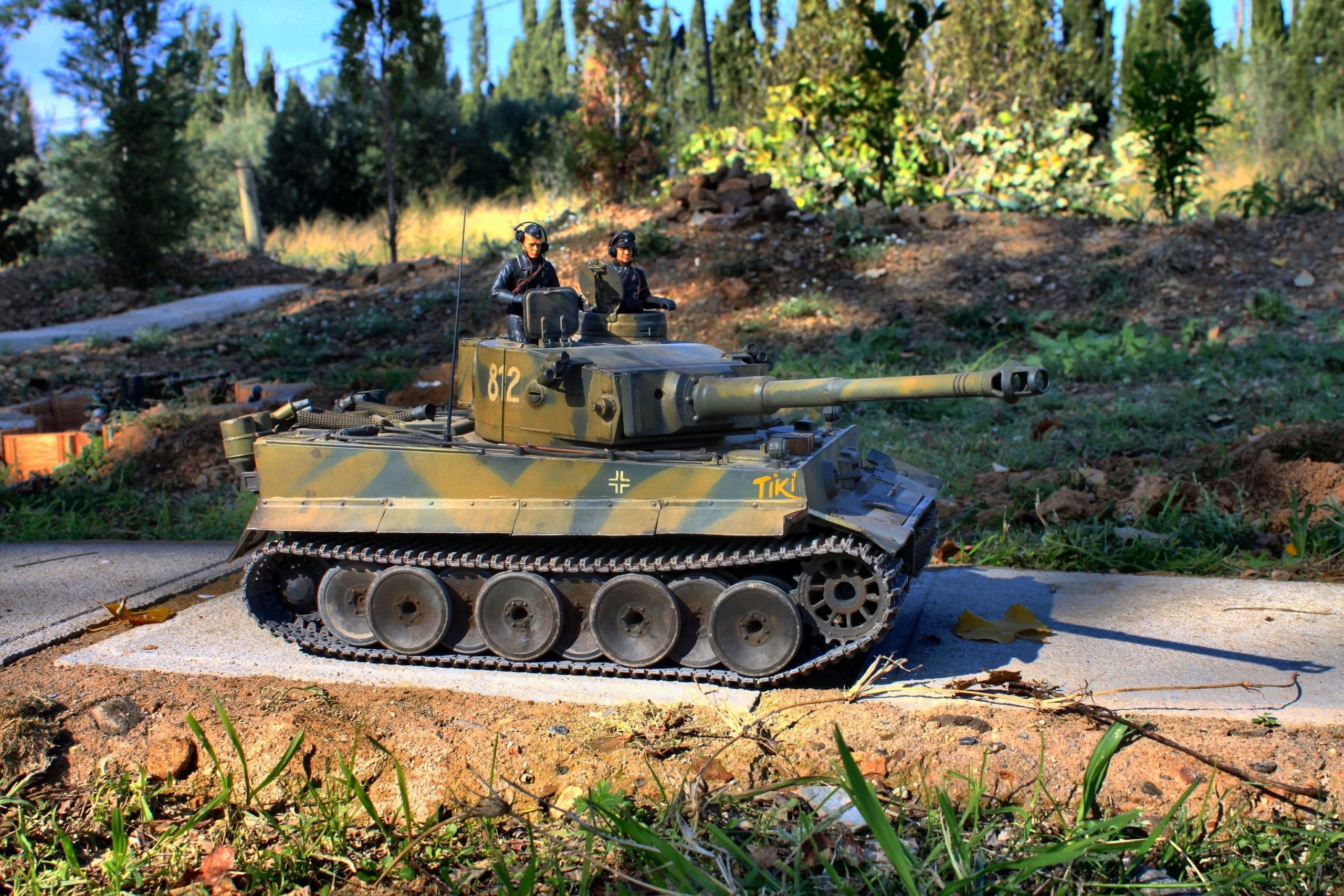 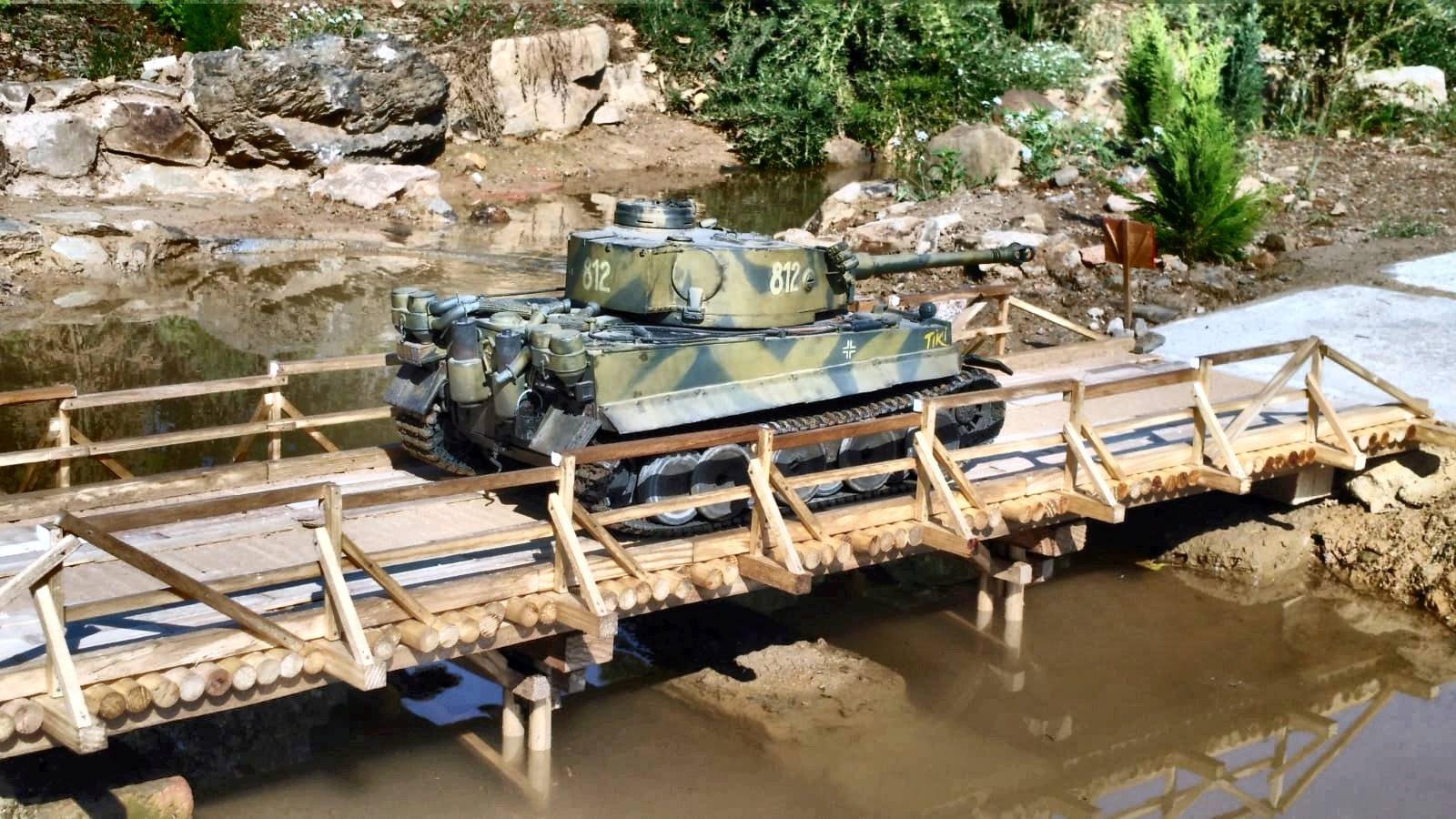 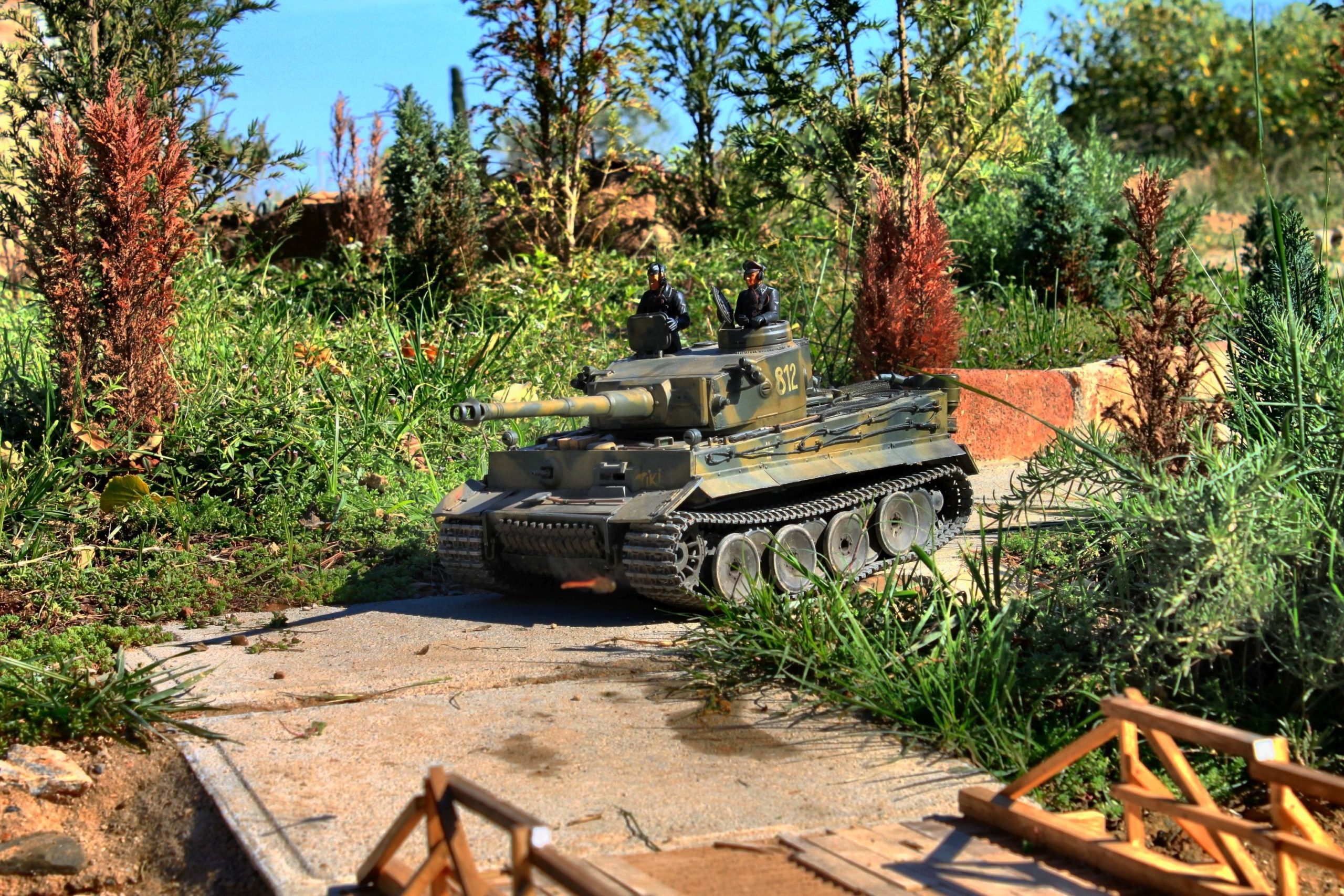 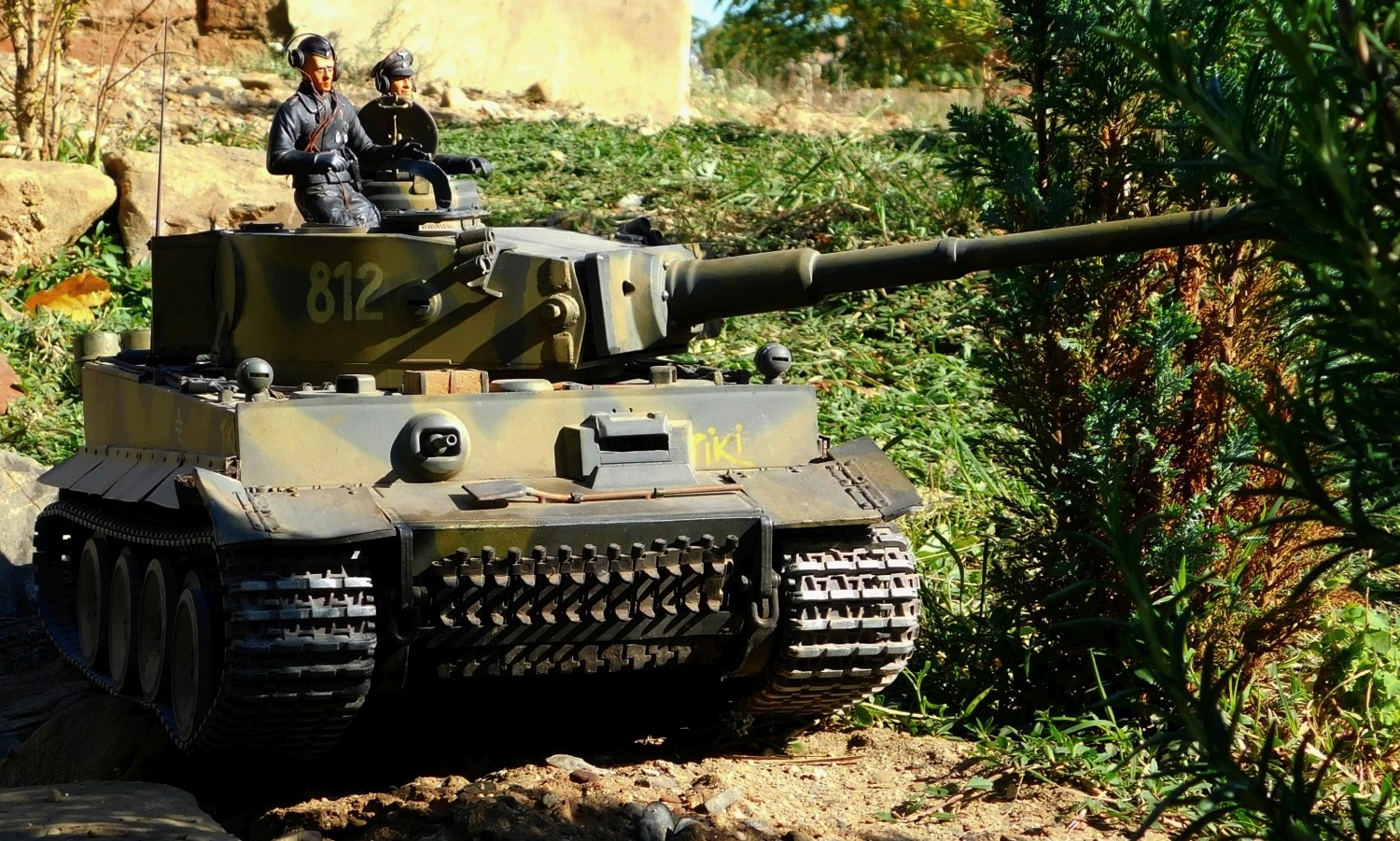 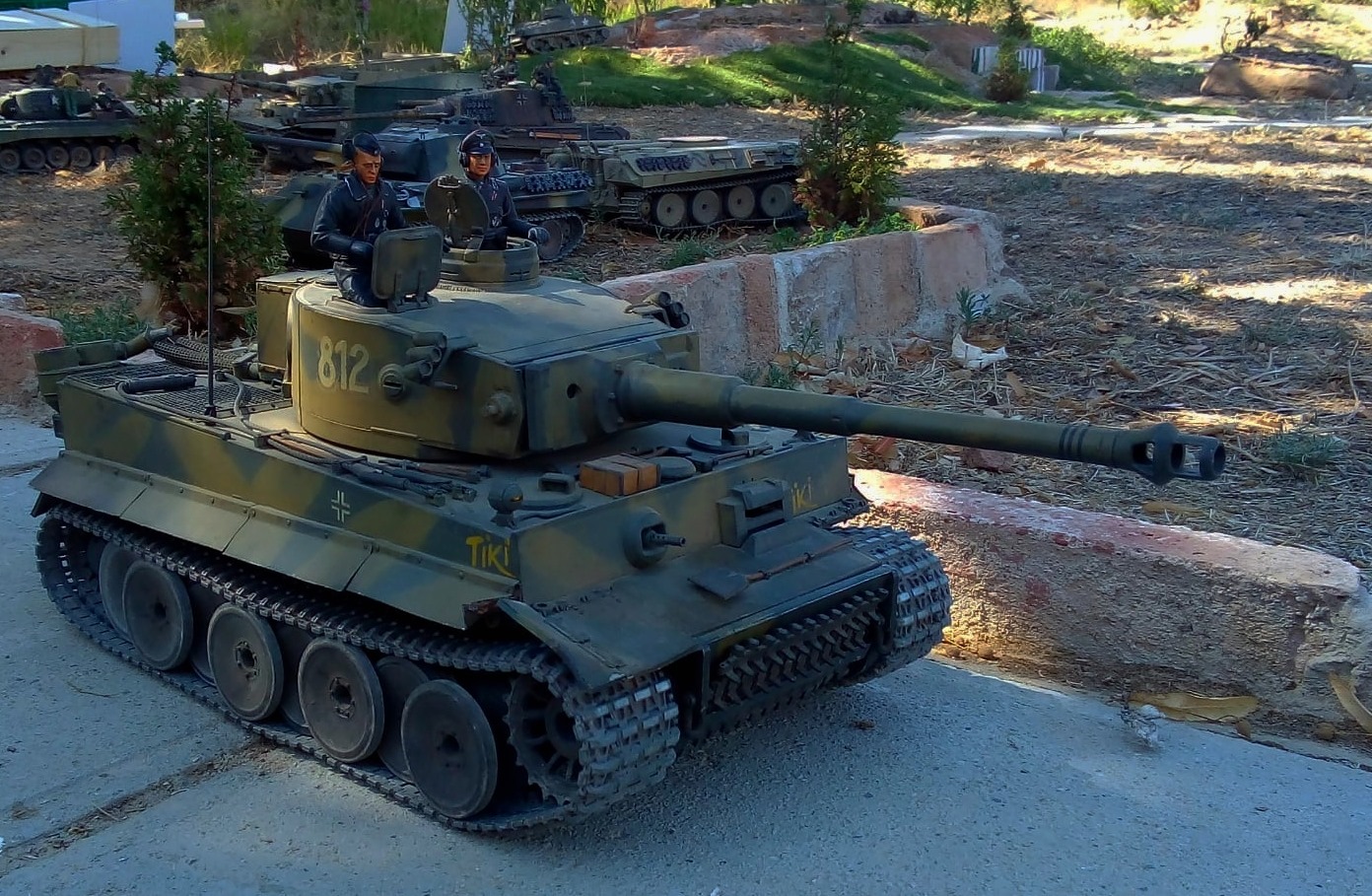 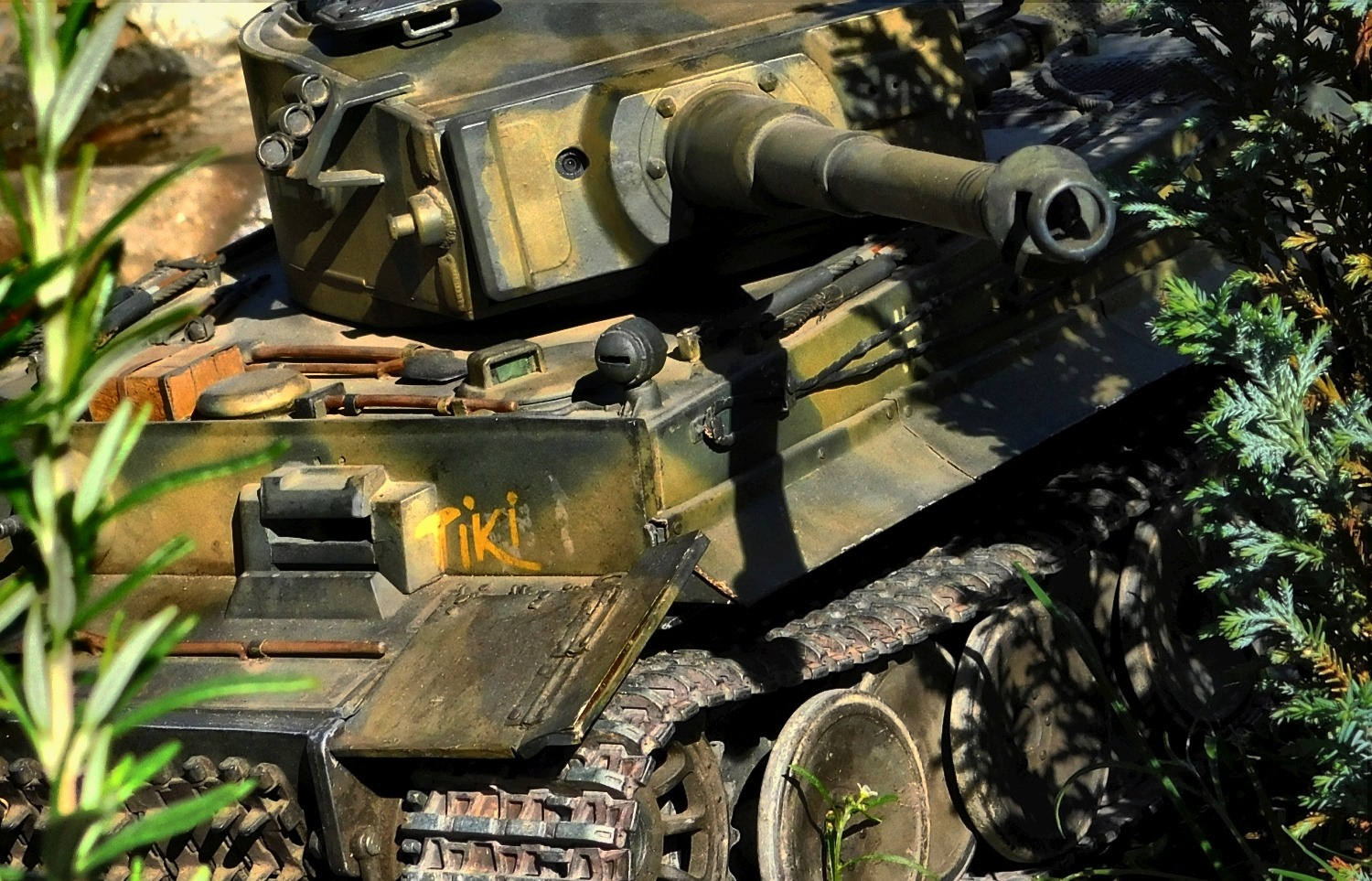 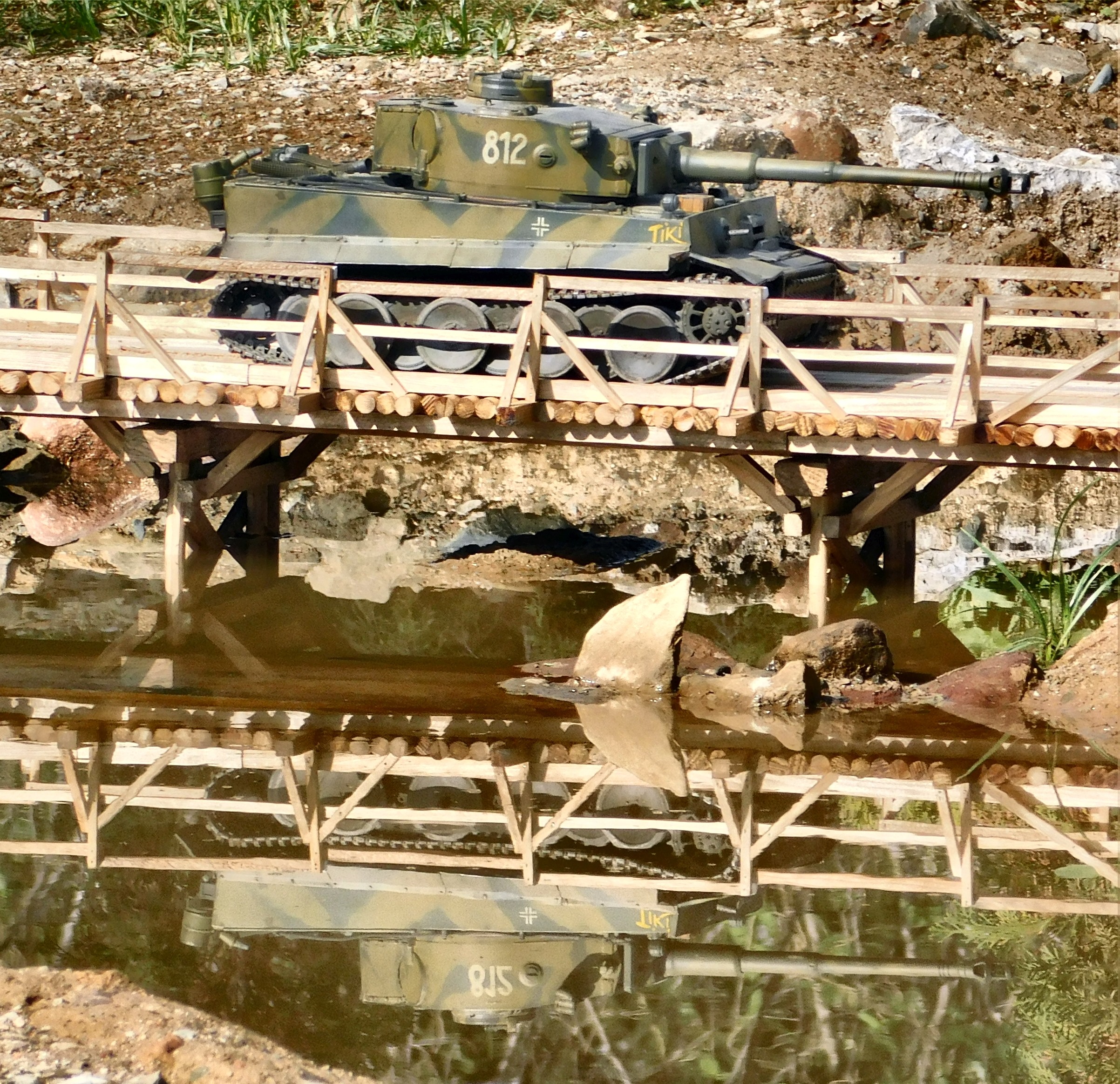 The building of my version of Tiki in 1/16 scale

I built this tank a few years ago. After choosing the individual machine I was after to model, I did an intensive research about this particular vehicle:

But before talking about this build, let me made a brief introduction of the ‘environment’ for this cat:

The final goal is to have a shaped battlefield with scale accessories, where to drive the tanks and all the vehicles of the era (1/16 & 1/18 scale). The battlefield and accessories represented are located on the west front campaigns of WW2. The battlefield will have mountains, hills, a river, lots defensive positions (MG nests, Flak, Artillery, bunkers, etc…) , main, secondary and mountain roads, tank obstacles, several bridges, urban areas, real trees & vegetation, a hospital and an industrial zone, all coupled with pyrotechnic effects, battle’s fog and ambient war sounds.

I, and my RC club’s mates, wanted to merge 3 branches or disciplines together: modelling, RC and landscaping. Well, you can name our intention of landscaping as a “super diorama building”, as we are working on an scenery of about 1000m2. Up to now we have worked phase 1 of about 300m2 and are working on the first extension of about 280m2.

Just in case someone is interested, you can paid a visit to our FB page, there are tons of pics!

Now I will talk about Tiki. To build it, I bought an RC tank as a starting point. It was a Heng-Long model, with an Asiatam metal lower hull. It had a lot of major and minor flaws, both mechanical and in fidelity to the real model. As I have already said, I did some research about this particular vehicle.

There is a well known batch of several pictures showing this tank in spring 1943, before changes in numbering were made prior to Zitadelle, and also several articles from where I took info related to particularities and components that where present or absent on this tank, and also a lot of the flaws the model has and that have to be corrected:

– Track change cable made from cupper wire, supports from bits of metal

– Gun cleaning rods made from wood

– Corrected position of the commander cupola.

– Cut moulded fenders off, replaced with DIY metal ones

– modified exhaust, off the protecting cover

– modified the jack: added base, supports and crank handle

– New ‘waterproof’ container for all the electronics inside the lower hull

– working frontal and rear fenders made from brass

– correct pivoting point for the turret

– correct shape to the Rommelkiste

– correct shape of the elevation trunnions

– sanded off: moulded tools, water tight cover for air intake, extra aerial tube on the left side of the hull, right convoy light.

– New jack block made from wood

– New pry bar and rest of tools made from metal

– Two FPV cameras installed one on the driver visor port, the other looking via the turret MG hole (yeah, nothing more scary that drive in FPV and negotiate the narrow bridge over the deepest part of the river!)

Almost all of the corrections were DIY solutions, so they were not perfect aftermarket bits, and as you will notice, the gun barrel is over dimensioned, because this was a BB shooting tank, so the inner gun tube has to be 6mm in diameter. I’ve yet to correct this, I’ve all the parts, but I’ve not found time yet to change this.

It was painted with Tamiya acrylics and oils, the weathering… well, it was done with oils and pigments, but nothing beats the real weathering you can achieve driving it in the Panzodrom!

This is not a shelf queen vehicle or displaying model, this 6Kg tank has been built to run, on and off road, in dust and mud, over grass and to cross rivers and climb hills, and it has paid the prize, there are several parts damaged or torn apart, you can say ‘battle damage’ LOL!!

Thank you very much for taking the time to read this far.