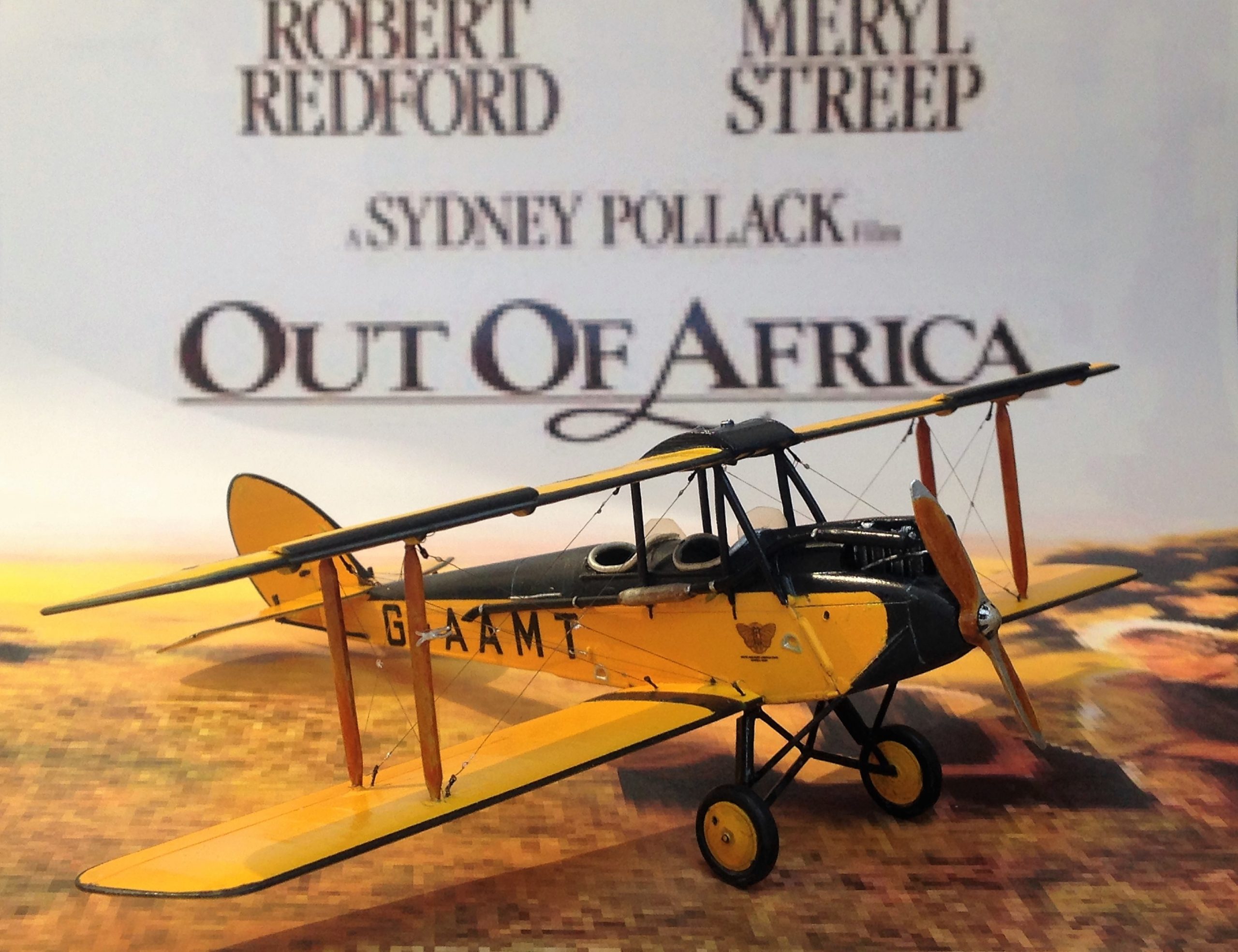 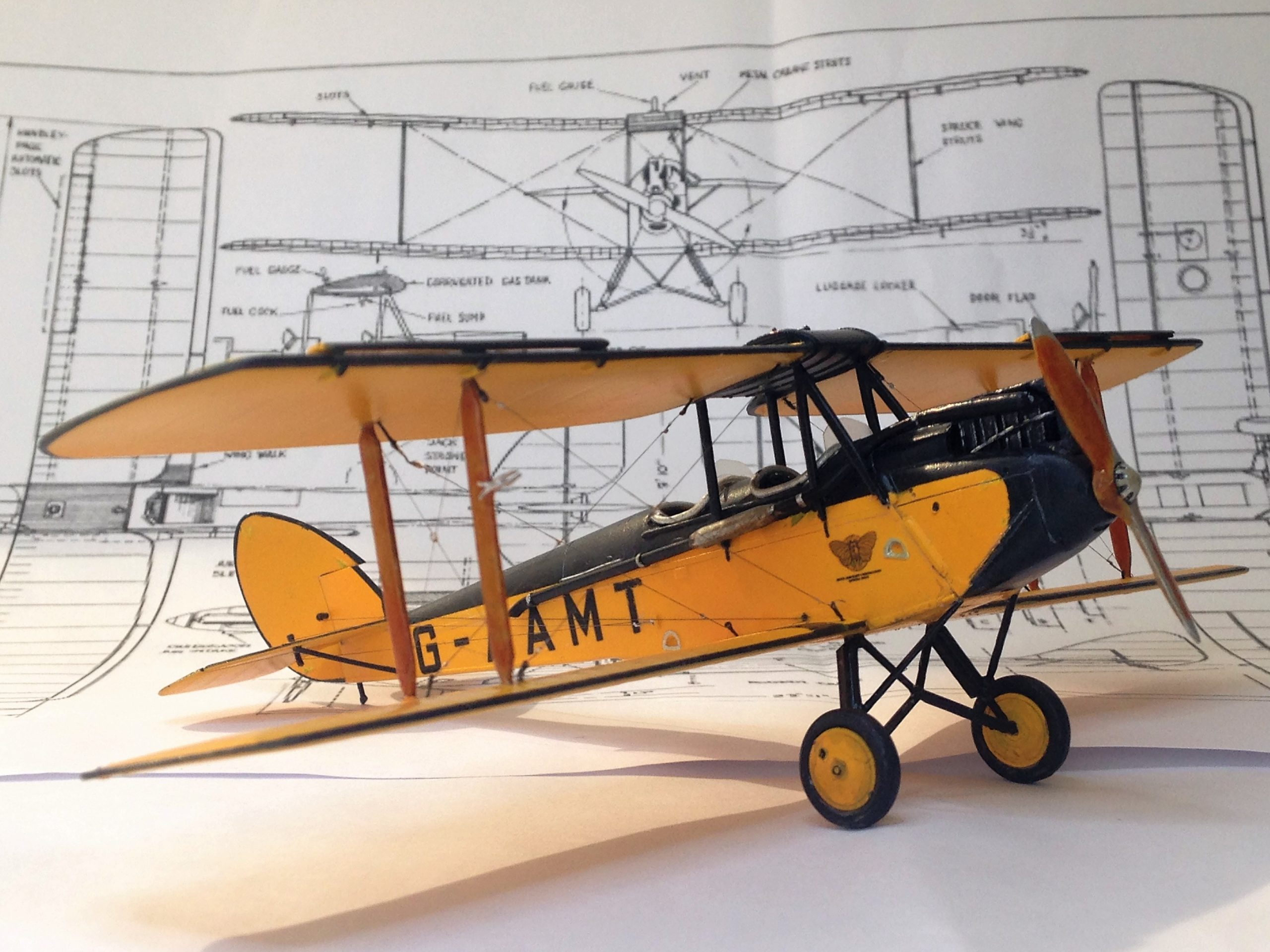 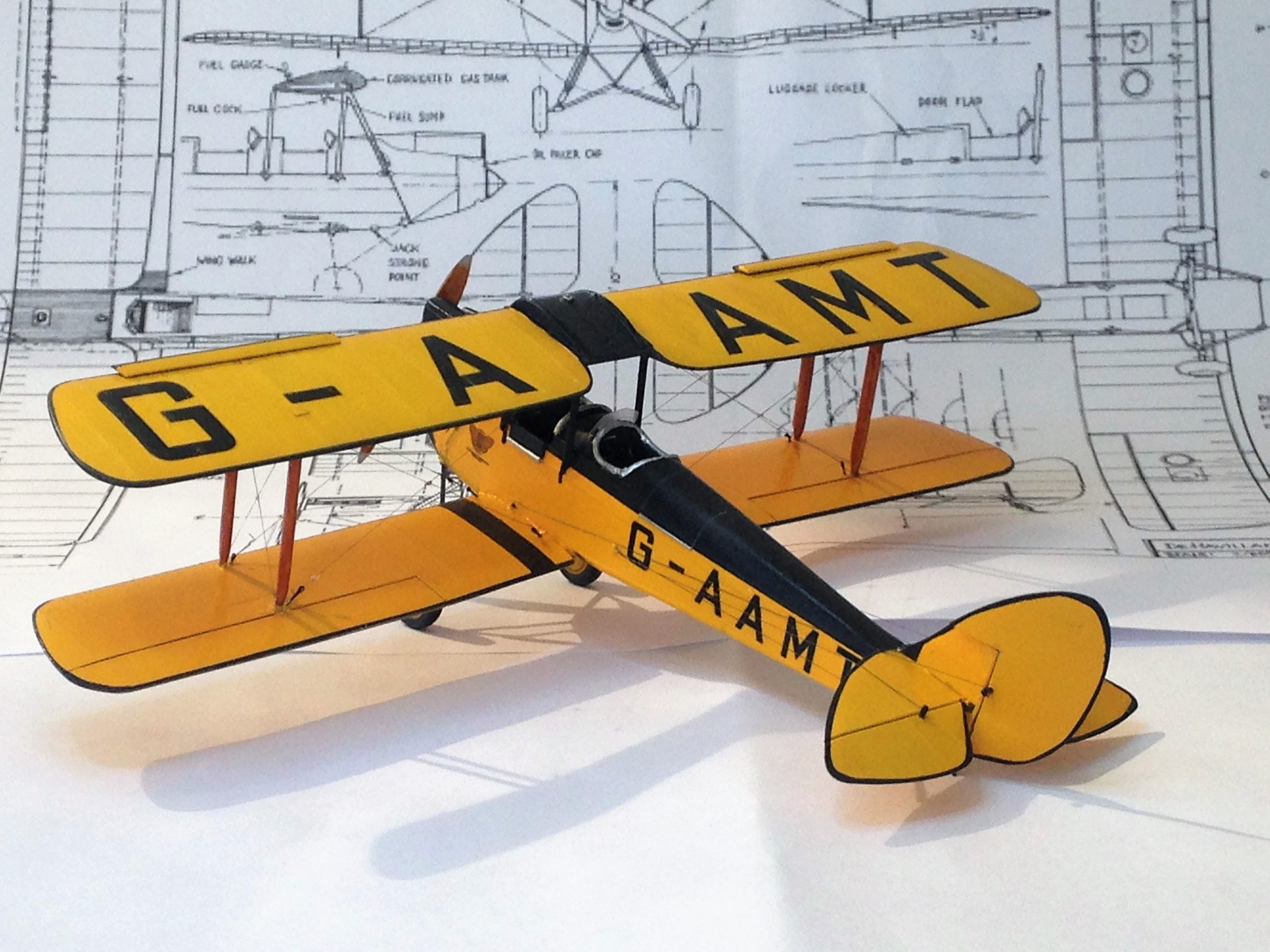 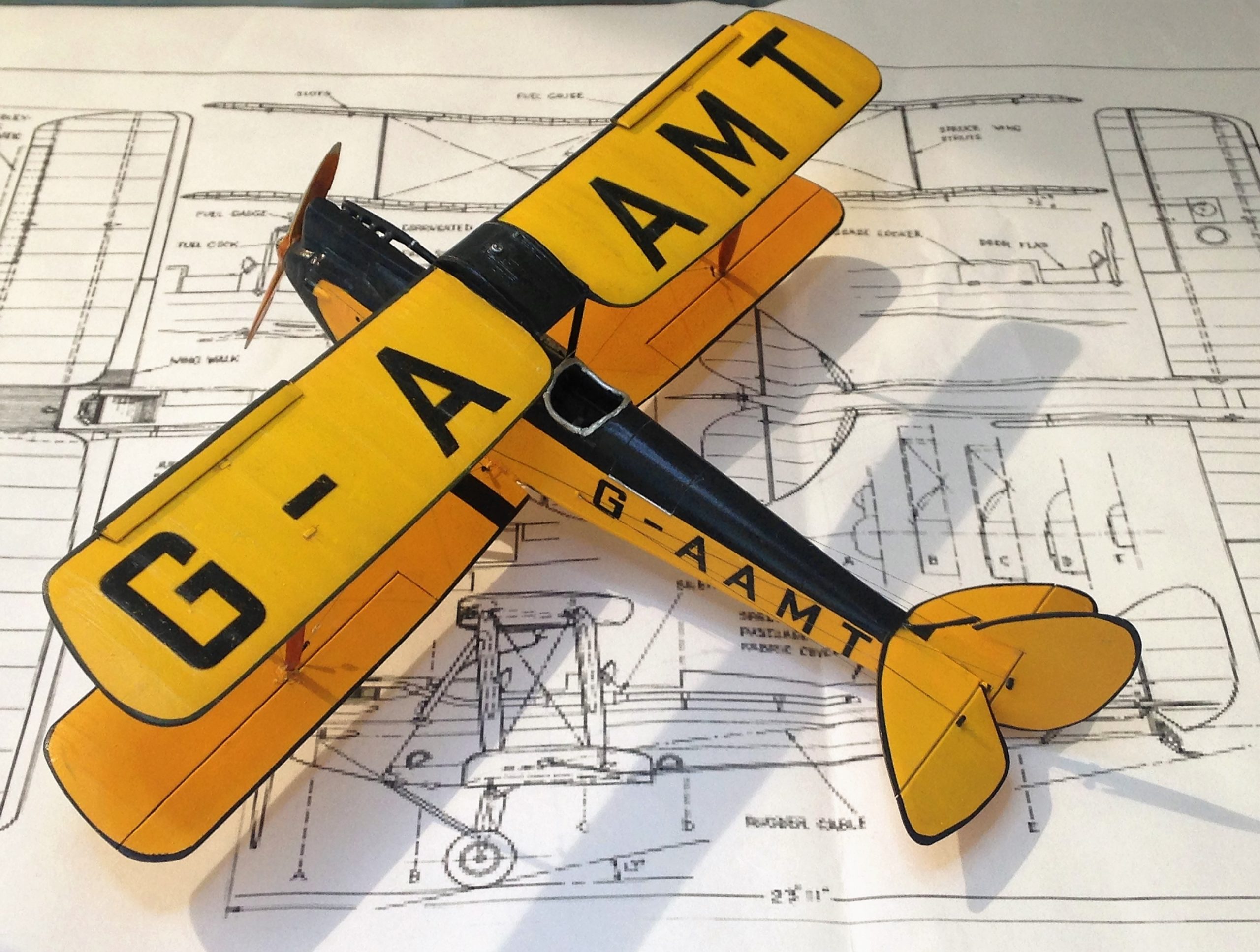 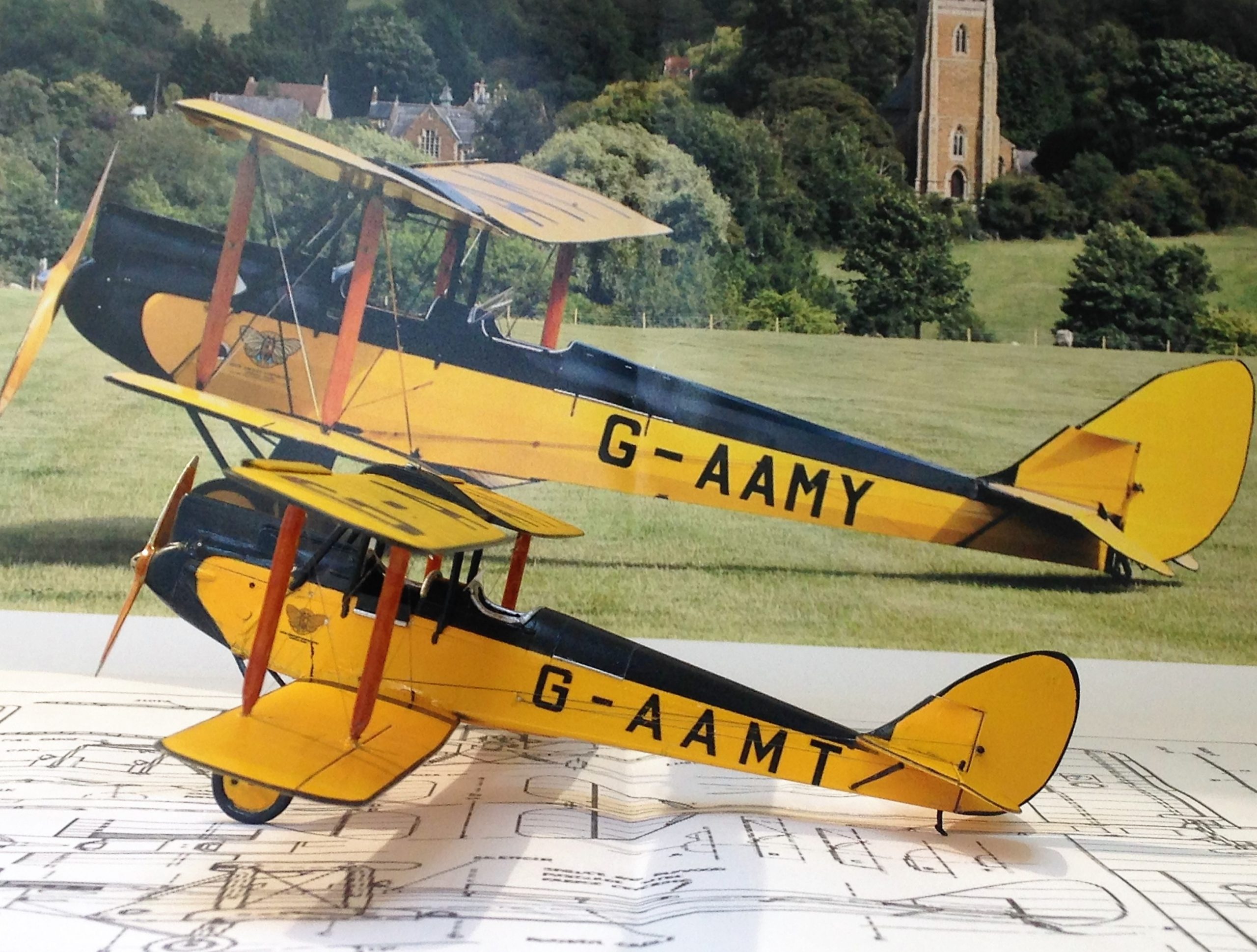 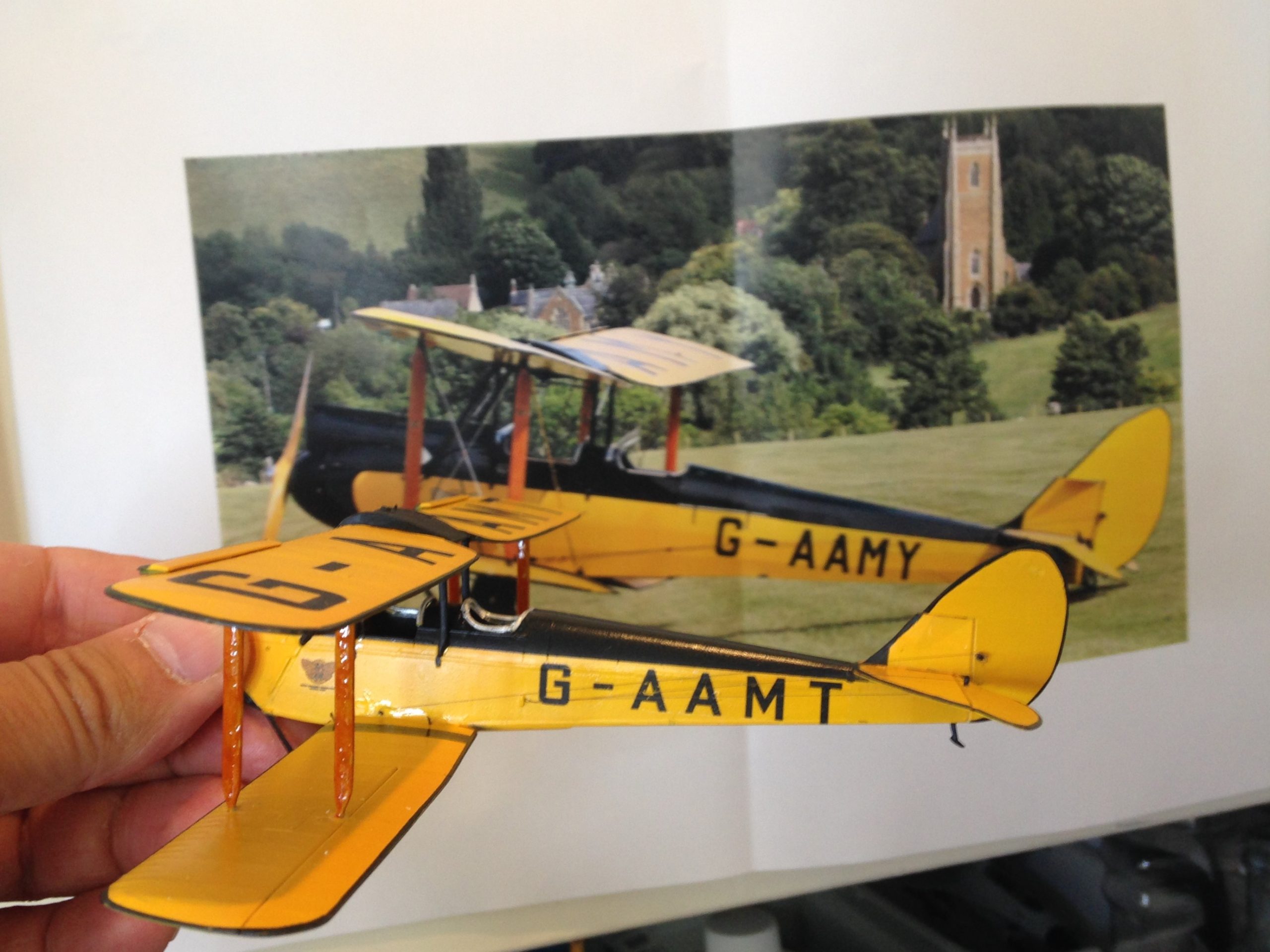 Project DH-60 Gipsy Moth (from the movie ‘Out of Africa’) A-Model, 1:48 scale Duration: 6 weeks Title: That Little Yellow Plane The Oscar-winning movie Out of Africa conjures images of the quintessential African setting: breathtaking savannah plains, bountiful wildlife and glimpses of Kenya’s rich tribal cultures. At the centre of all of this, who can forget the yellow biplane soaring high above dramatic landscapes, flown by Denys Finch Hatton (Robert Redford) as he showed Karen Blixen (Meryl Streep) his deep love of Africa? This heart-stopping performance captured filmgoers the world over. And don’t even let us get started on the soundtrack. (https://www.youtube.com/watch?v=HrnC7QzfFwQ) The real life biplane’s registration, G-AAMY, honours record-setting English aviatrix Amy Johnson, who was tragically shot down in 1941 by an over-vigilant British anti-aircraft battery after being unable to correctly radio in the day’s code words. For the film, its registration was slightly altered to G-AAMT. The kit There aren’t many options if one wants to build this plane, so I had to go with the old A-Models kit. Plastic is soft, details are… as good as the fit

Yes, it’s a terrible kit. As usual, I like to work with much references as possible and I learned a lot about this specific plane (G-AAMY). One of the most visible differences is the exhaust position: usually on the port, you’ll find it on starboard on G-AAMY. Didn’t know why, but as the plane is still flying today with a new engine, one can imagine who many interventions she had. So I had to change the engine cowling, the exhaust pipe and so on. As seen on the movie, I opted to build her with the passengers’ door open and had some other details as commented in some pictures. Some points add to be heavily worked, like the wings attachment points that I had to drill and enforce with some tailor pins. At first I failed to do that with some catastrophic result. At some point near the end, I must confess I was so tired that I just wanted to finish… PAINTING With so much cutting, the model had a lot of putty so I had to prime it, which I did in white. Then painted the yellow (a mixture of 1 drop of red xf-7 to 20 drops of yellow xf-3) and after that the black (Mr.Hobby). As there were any decals available, I had to print my own. The registration on the wings were, being so big, masked and painted. Cheers, Manuel