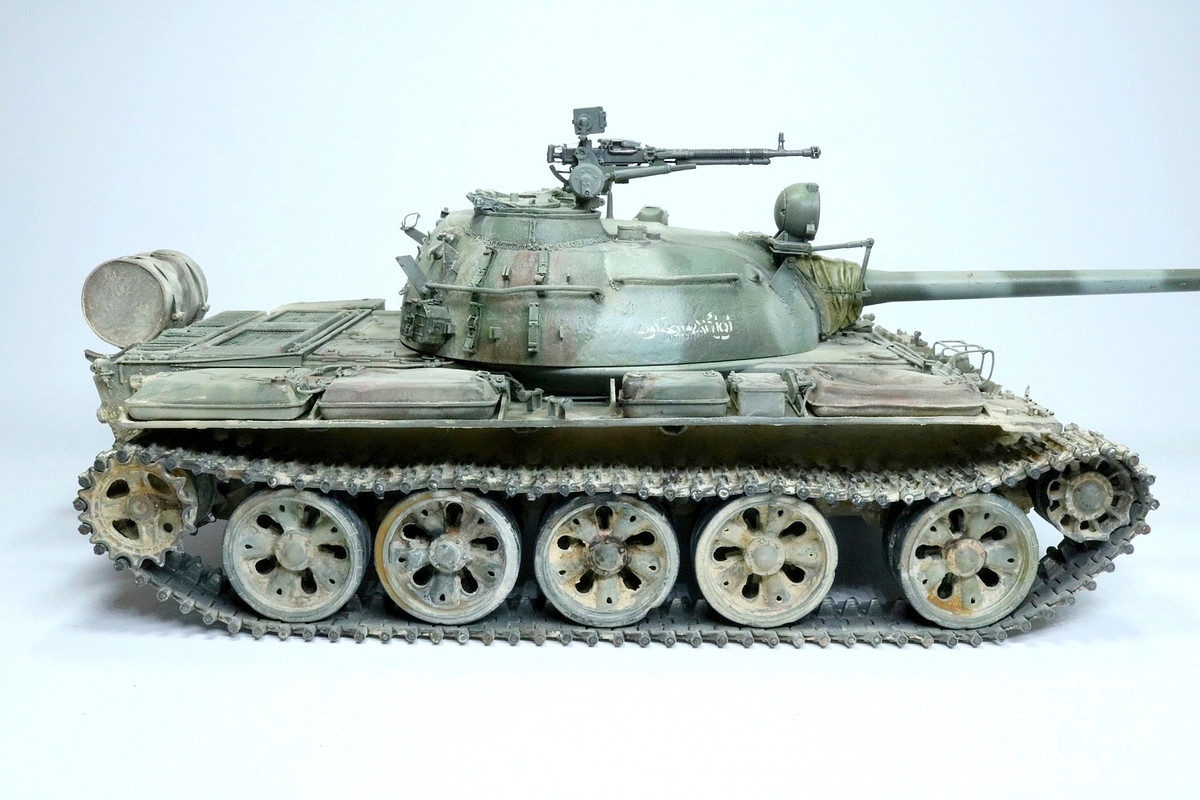 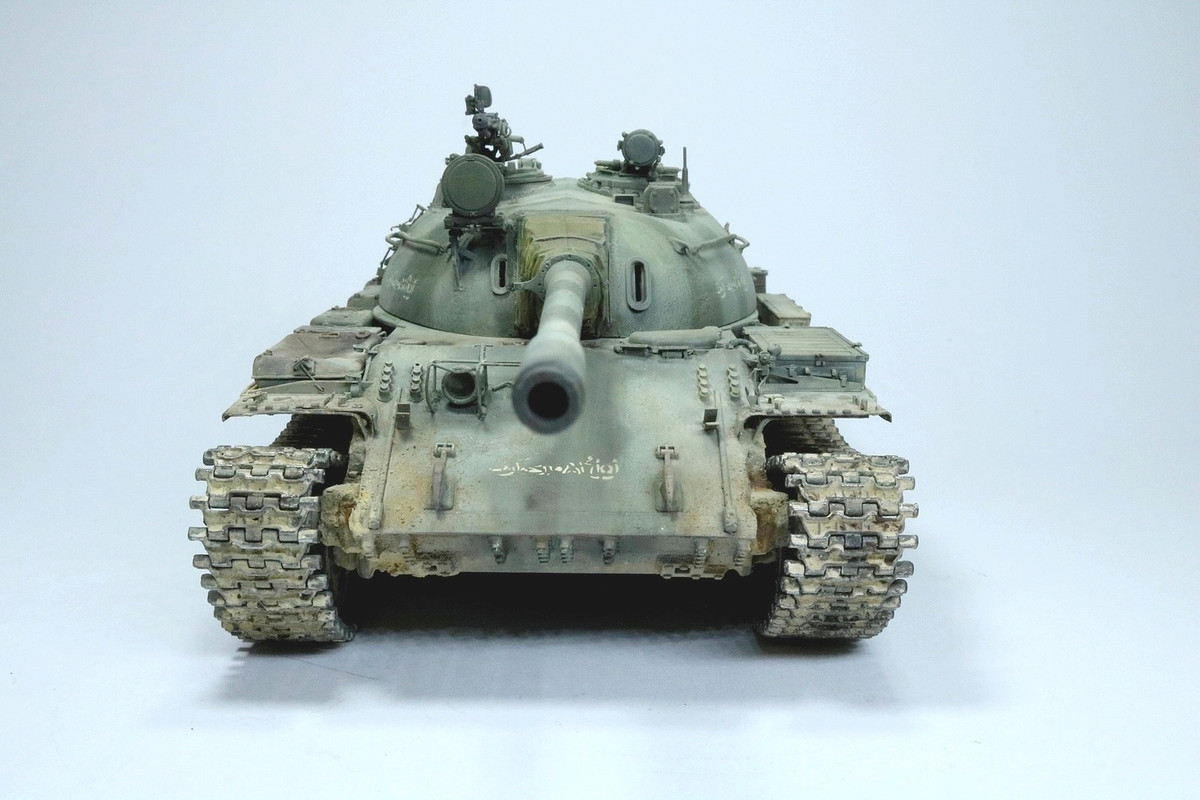 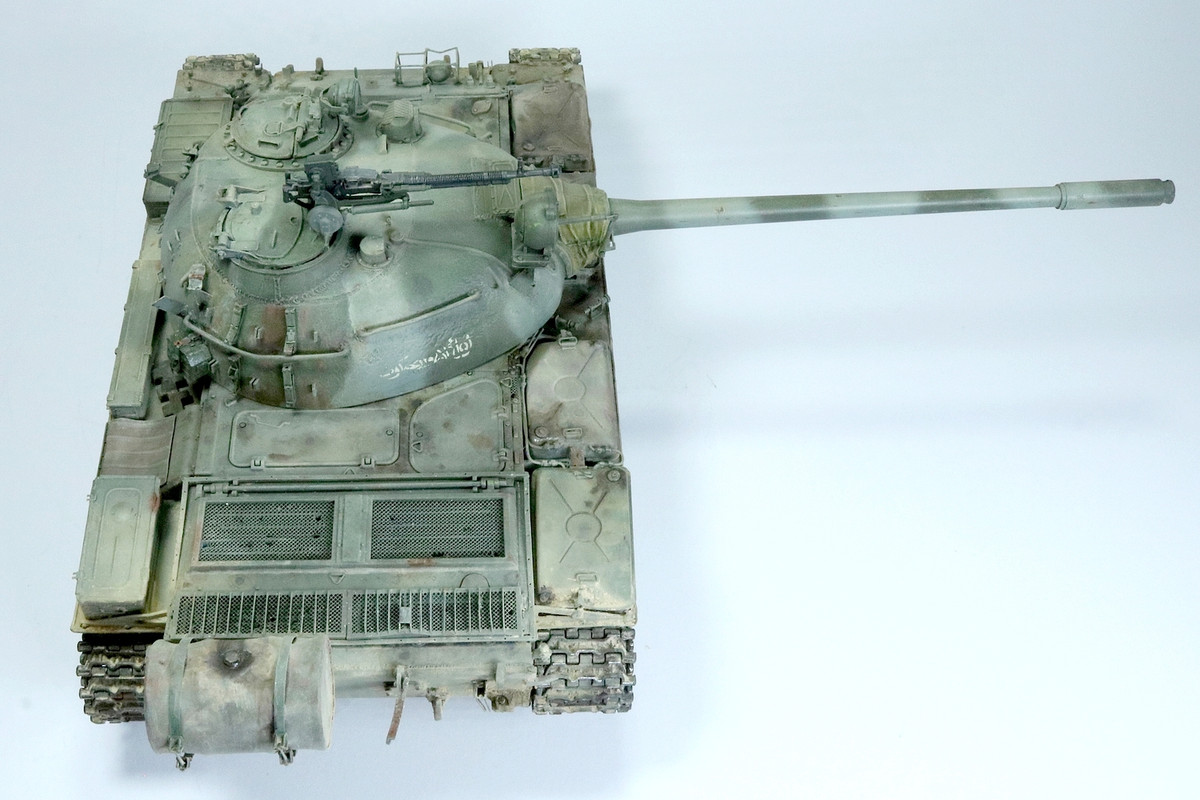 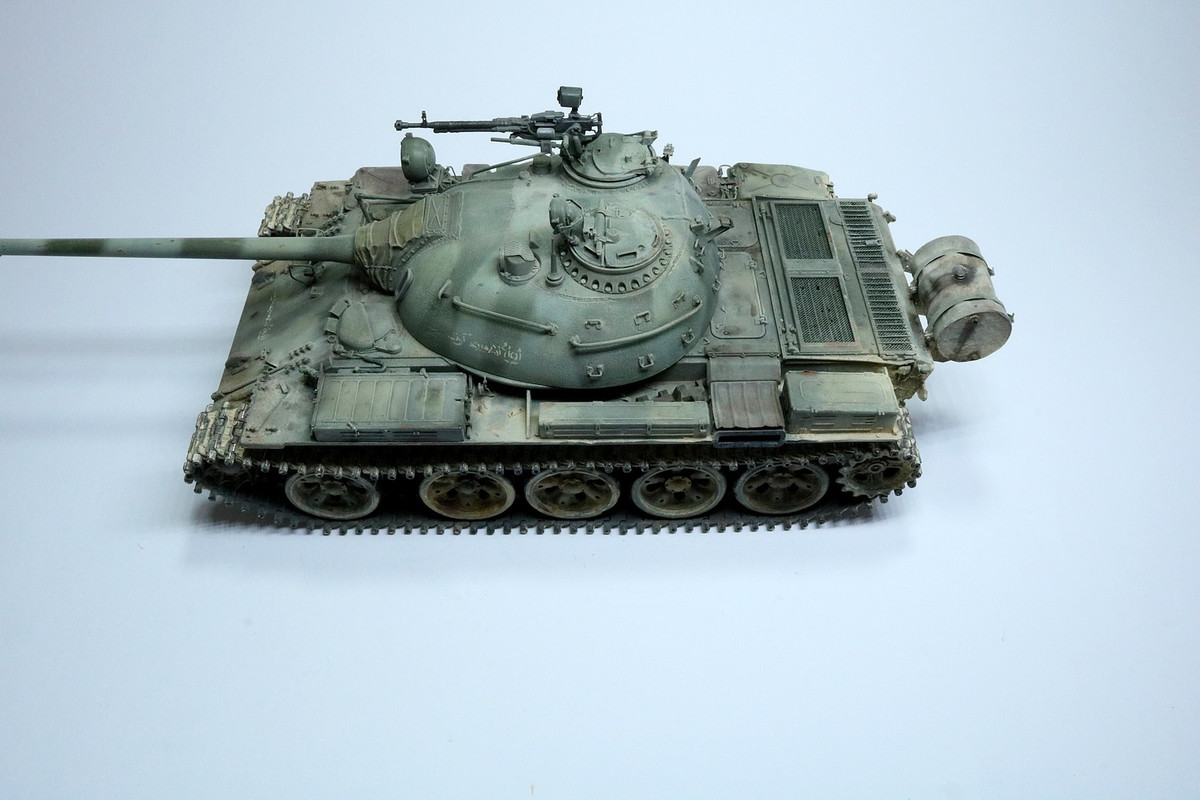 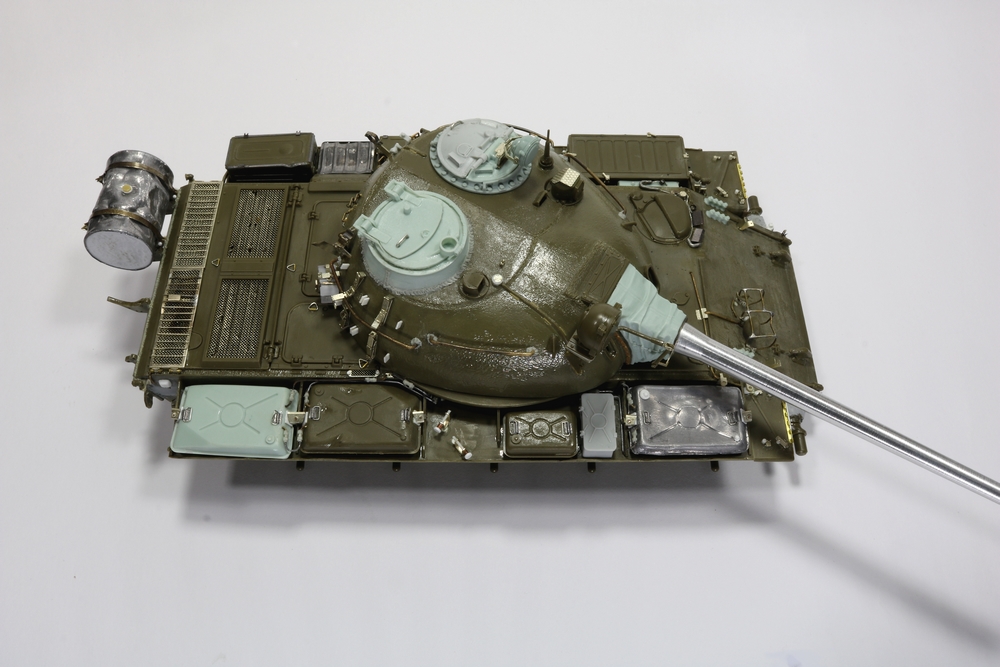 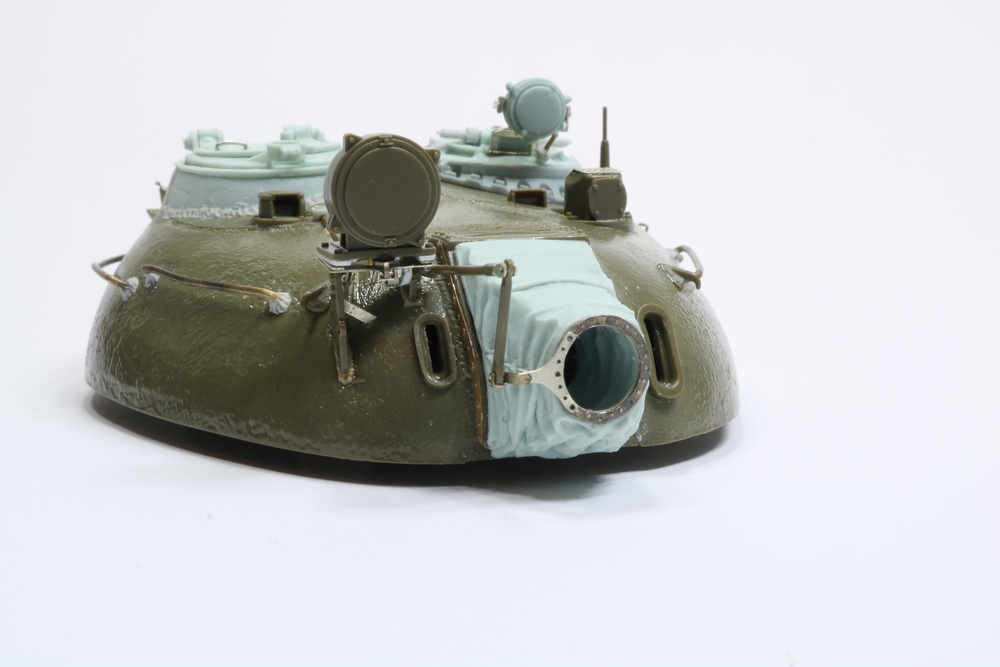 The project was done for a friend who wants this kind of tanks on his stash. The projct was a long 3 years run…Stop it and get it back on the desk six or seven times… So, the model is the old but not so bad Tamiya. To update this, my “customer” bring me some aftermarkets item. Friul tracks, miniarm goodies to update and correct the Tamiya. The DShK was a miniarm too. Work was done to represent a northern alliance tank during the Afghanistan conflict of 2001. The fuel piping was added and some parts where change with lead foil. (fuel tanks at the rear and the one destroyed of the fender) The barrel is a RB model. Completed with PE parts from Aber and Eduard. Markings were done with Silhouette. The goal was to represent a used tank which has lost a lot of his equippement. I will be pleased to answer you if you want more precision.