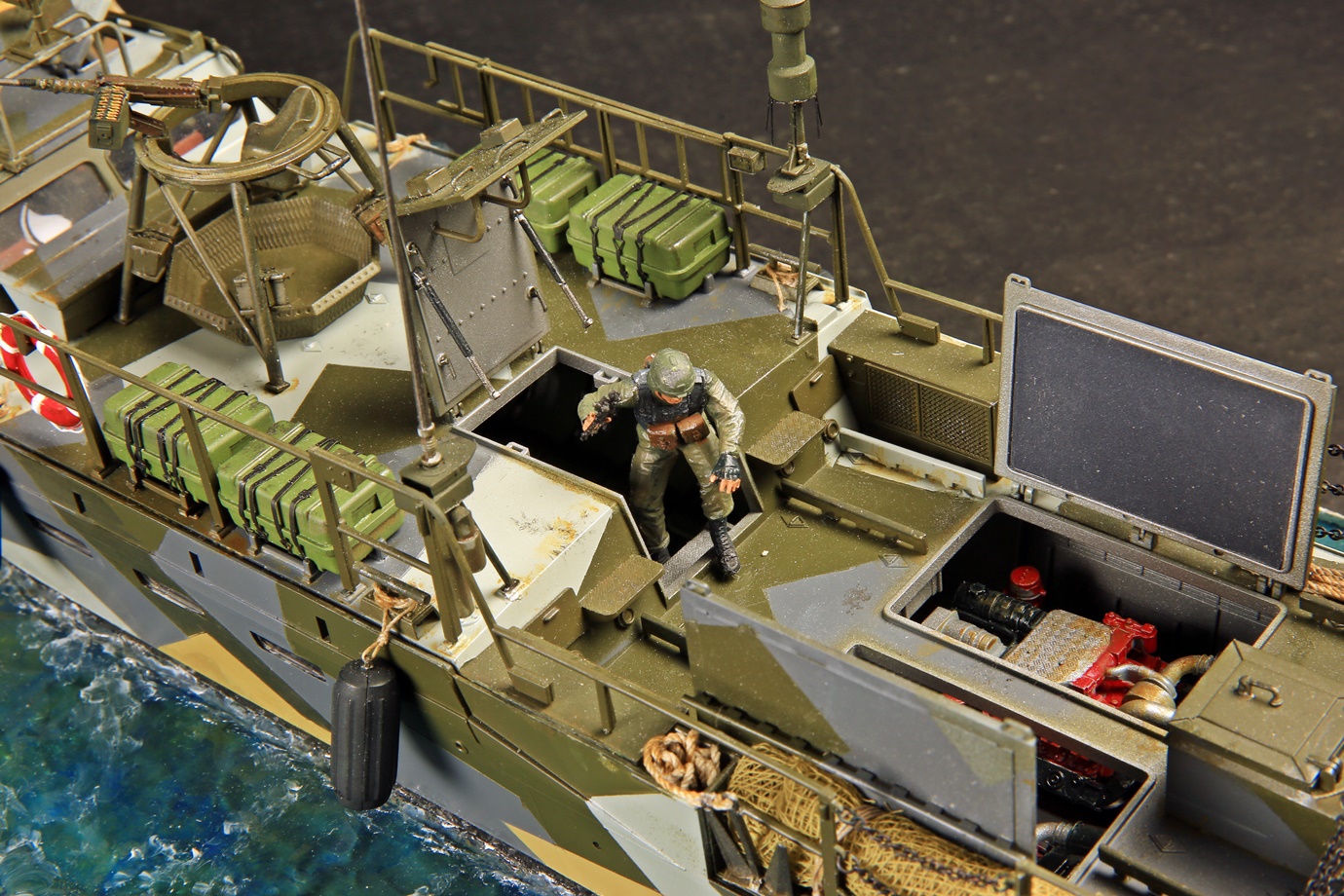 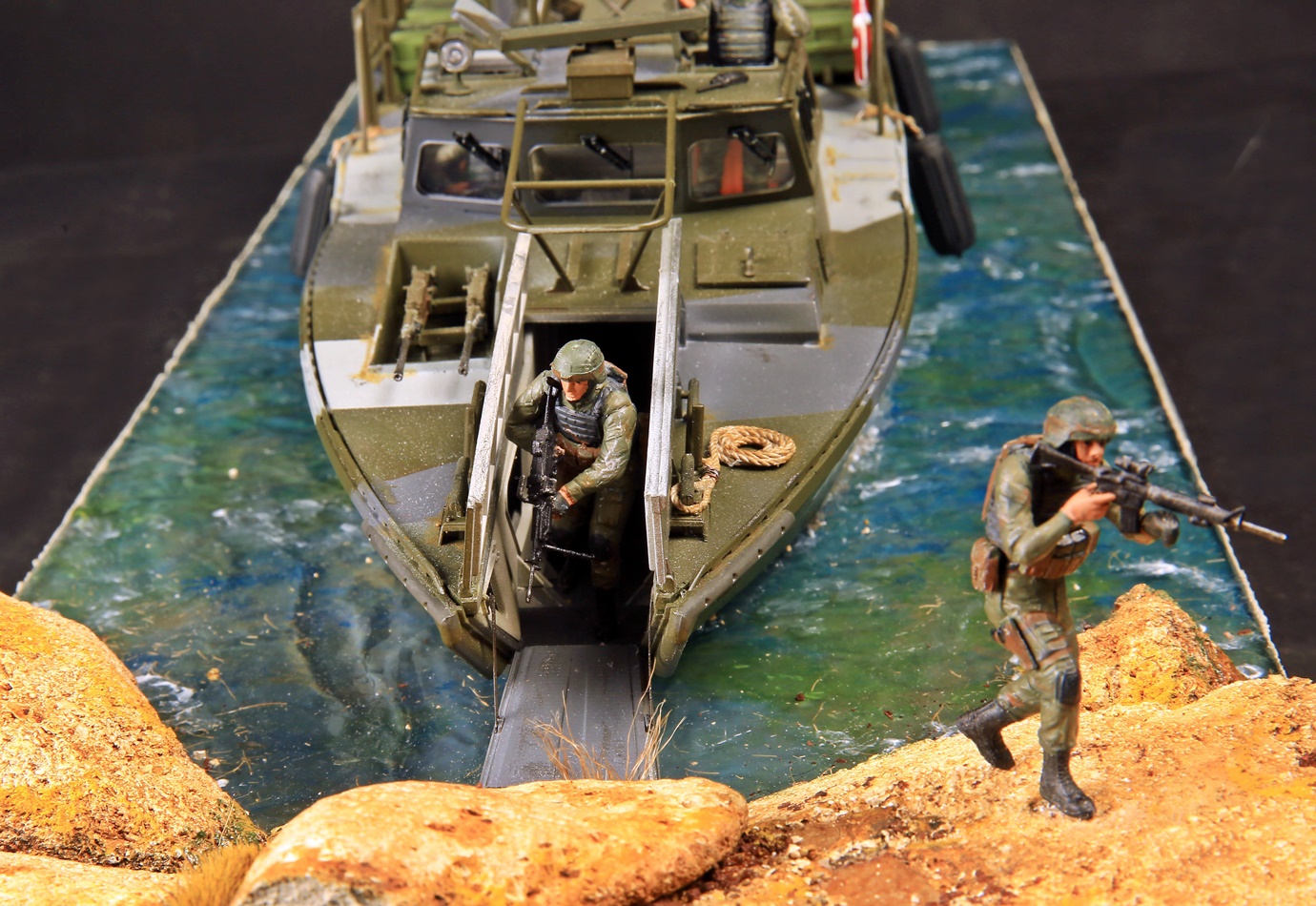 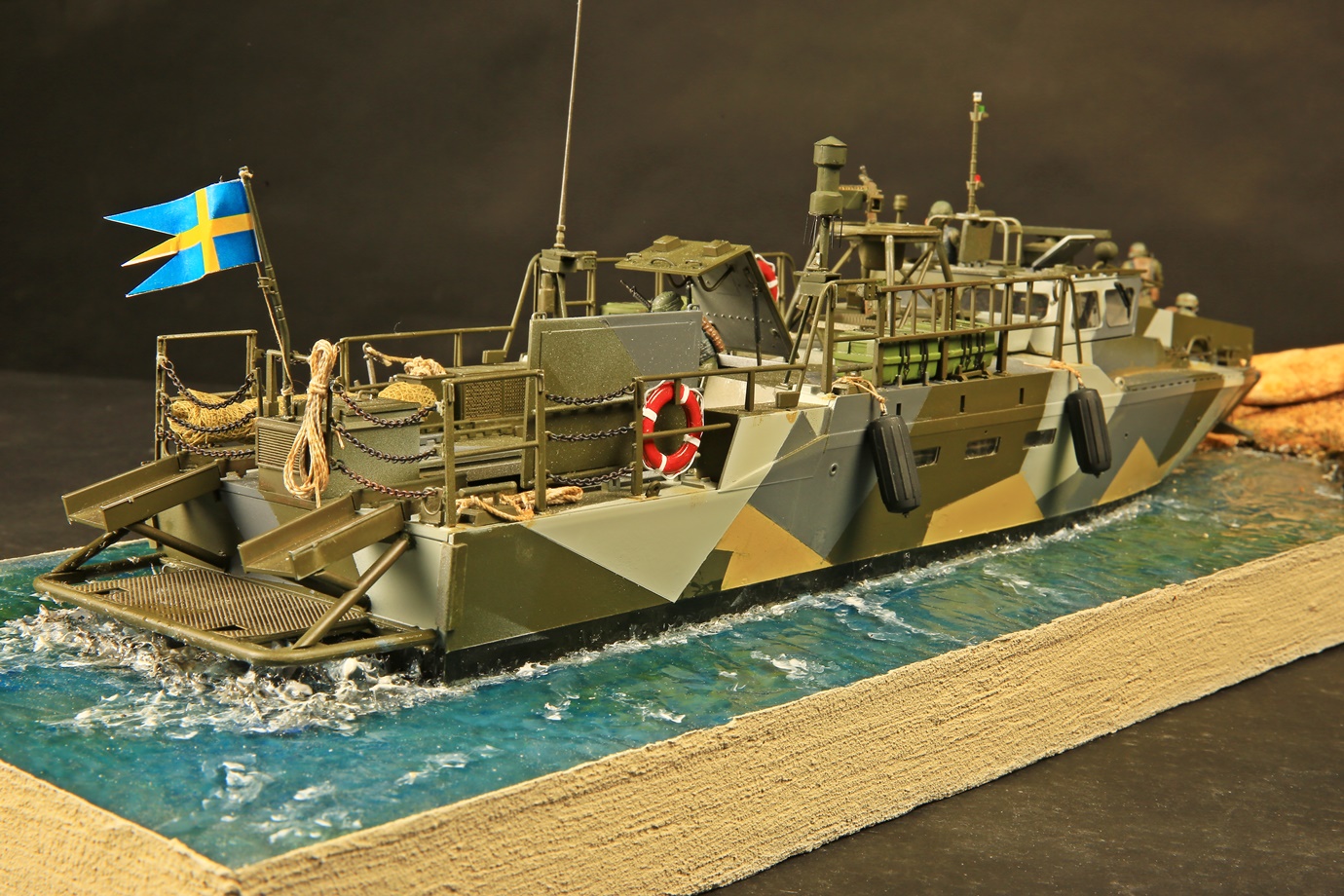 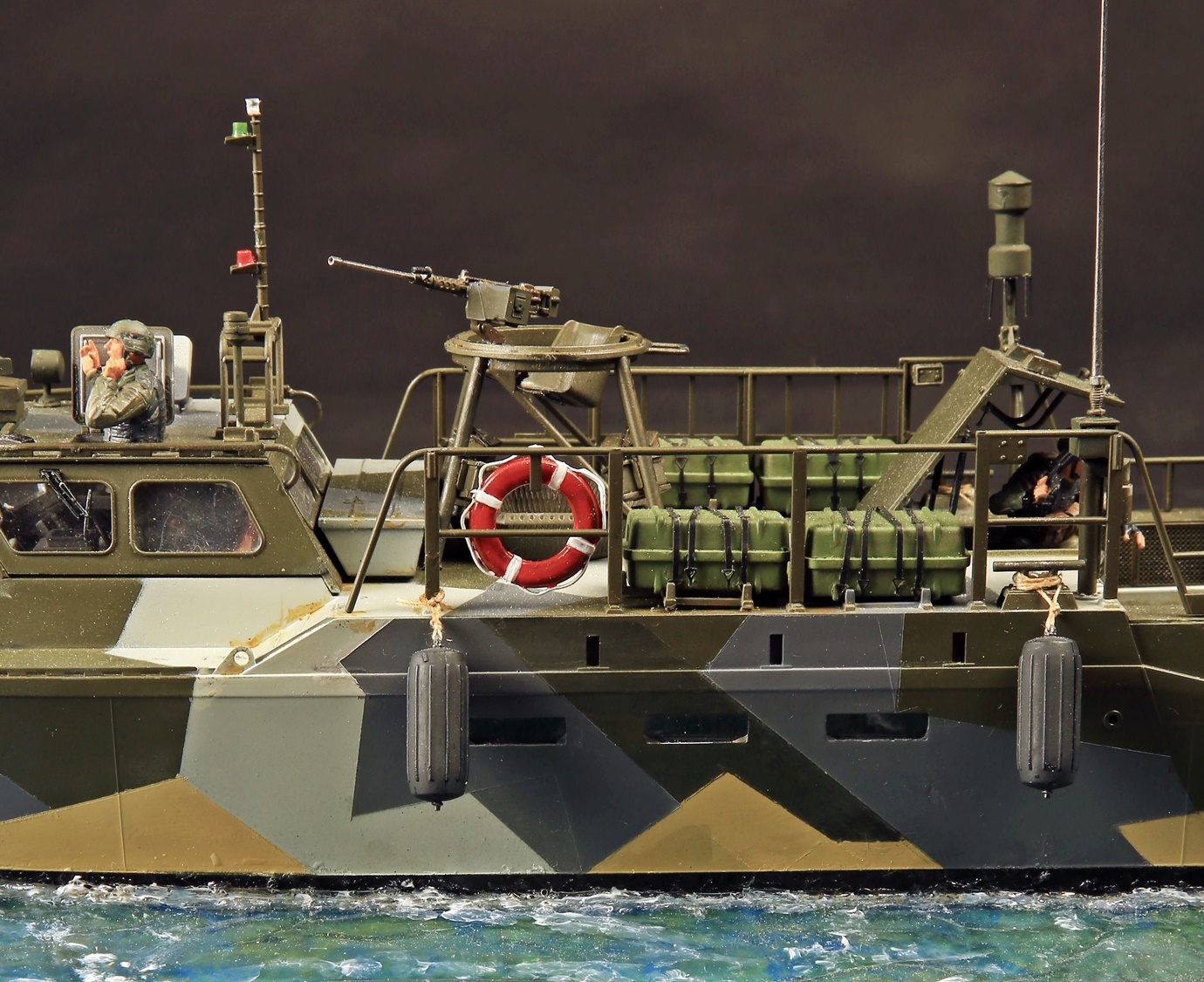 The kit, enclosed in an elegant cardboard box, is of the Chinese Tiger model which, as usual, intrigued me for the originality of this modern and multipurpose boat.
The model is made entirely of high quality gray plastic, the hull is very detailed and precise, including the various elements of the superstructure, so I had no problem putting it all together.
The kit includes an instruction booklet consisting of 32 pages, a photoengraving sheet and an acetate print for the transparent parts relating to the driver’s station windows and portholes.
And to demonstrate the accuracy of the product, the internal components have also been made.
I only replaced the brass chains supplied, which are part of the perimeter railing at the stern, with as many burnished that I hooked to the respective holes in the uprights using 3 mm rings also burnished, since the single chain link could not repaired without the help of the latter. The kit, with its set of decals, offers the choice for two different versions, respectively for the Malaysian and Greek Navy, the latter Coast Guard, and both are uniformly painted in gray.
Not convinced and seeing that the boat was designed and built in Sweden, I chose the latter marina, creating, as shown in the photo at the beginning of the article, this particular camouflage of the hull, so … so much so that I don’t miss anything!
After careful research and with several tests for the choice of colors, I carried out the painting, after applying the Vallejo black primer, using four different shades of Tamiya acrylics, plus a fair amount of masking tape, trying as much as possible to imitating the pattern with geometric figures, even if in reality the boats presented different types from each other.
Afterwards, I gave it a light wash and wear.
In addition, even if you can’t see it, I did not fail to set up the entire interior: the control panel, the opposing seats in the central compartment, the two engines, the ladders and a fire extinguisher, as in the two photos below. After a web search, I was able to find two kits of the Master Box, with four figures each, which I considered suitable in this context: on some of them, the helmsman sitting in the helm station and the two emerging from their respective hatches, I I had to “operate” like a new Dr. Frankenstein, changing limbs, cutting and shaping to modify postures.
The finished model is 47 cm long – 11 cm wide and I completed it by adding ropes, a camouflage net of the Verlinden rolled up on the deck, the internal lining of the two doors of the engine compartment with 800 sandpaper (one of which the left in the opening and, so in sight, it seemed more realistic to add this thickness) and the Swedish Navy flag on the stern, copy obtained and printed from the internet.

In addition, I also replaced the numbers in the decal to be placed on the bow sides, which refer to the two Marines in the kit, with as many from my archive with the numbering 868, to respect the real one as shown in the photo below.