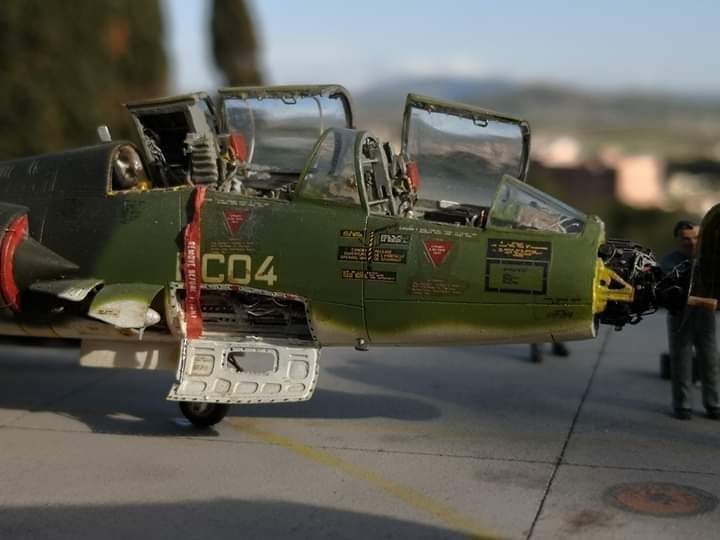 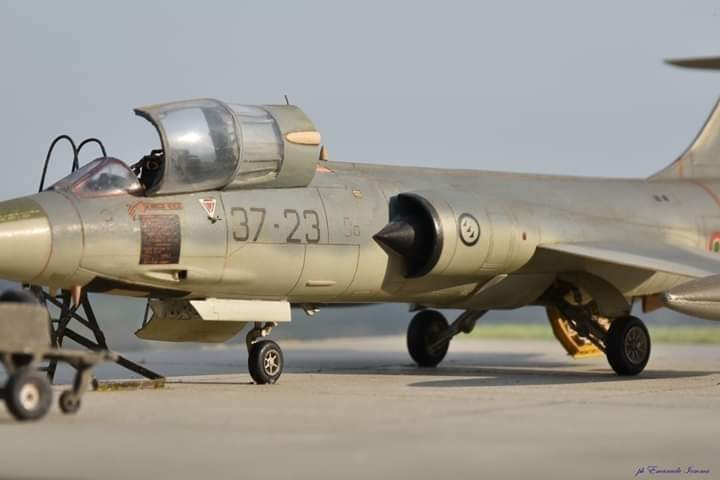 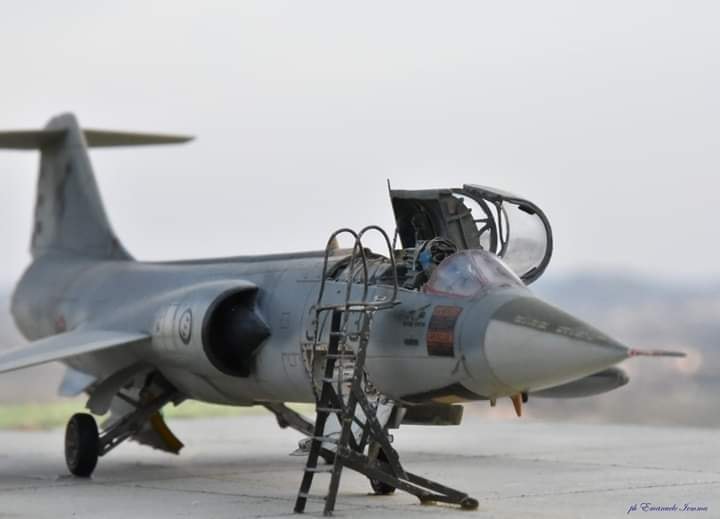 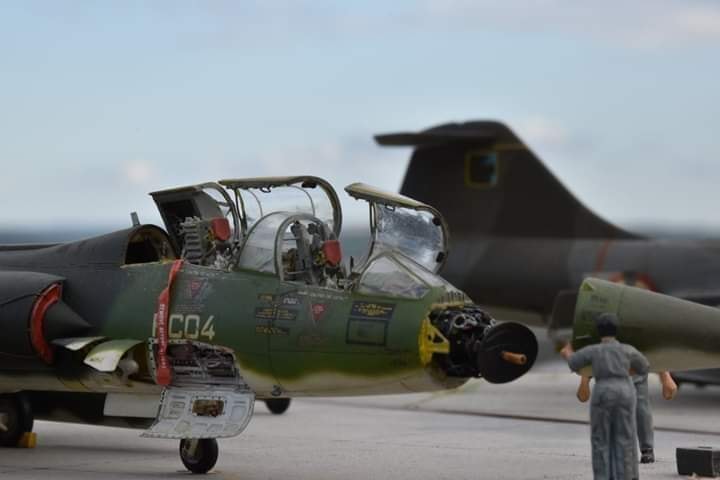 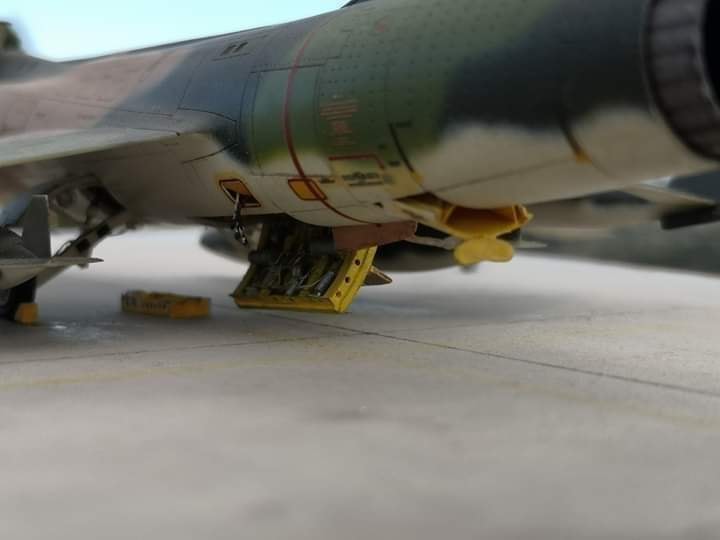 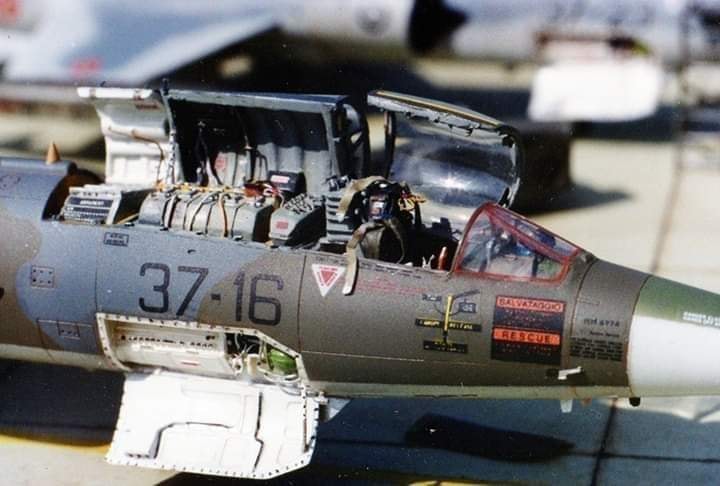 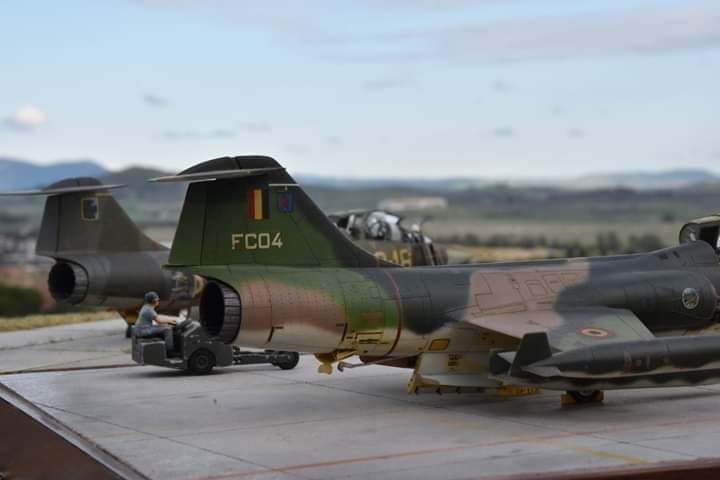 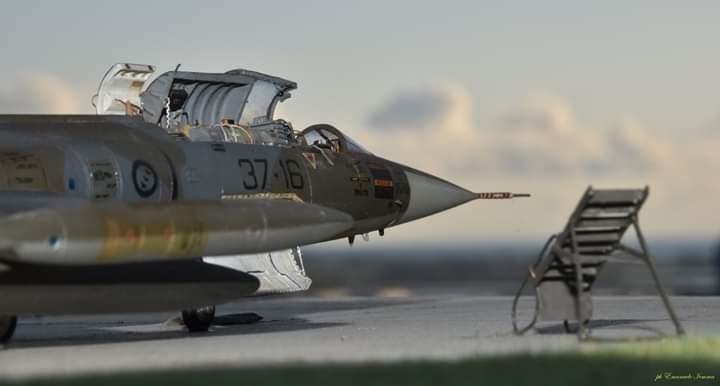 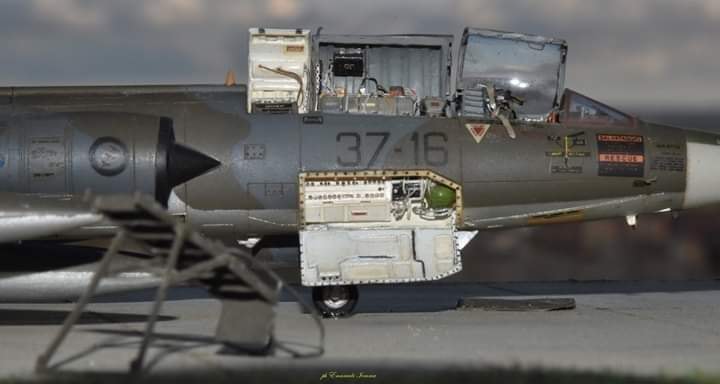 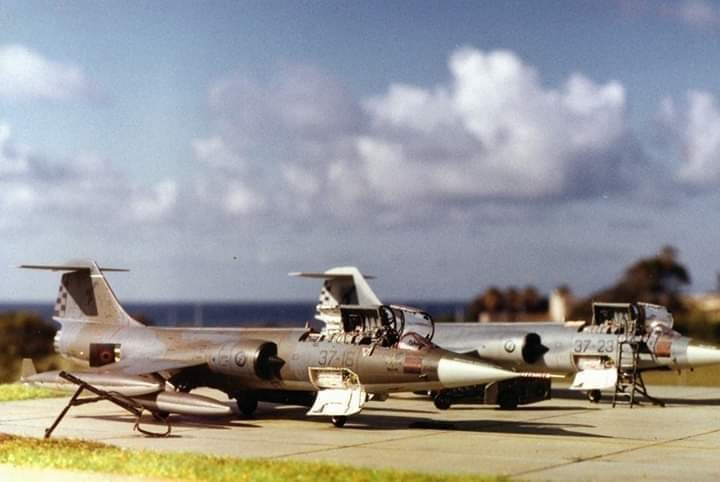 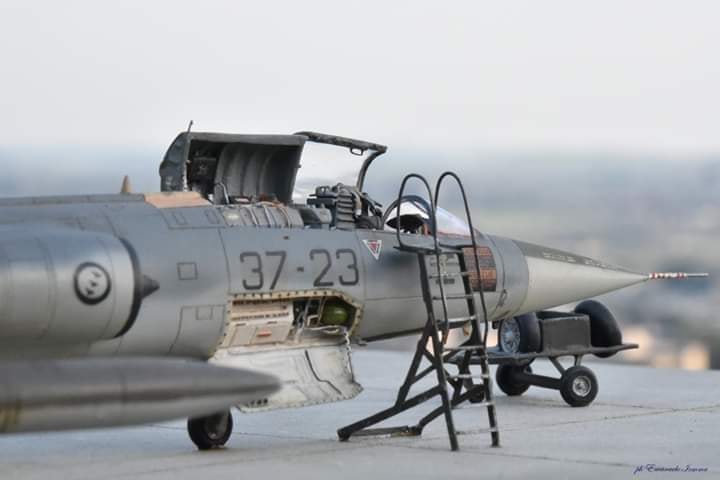 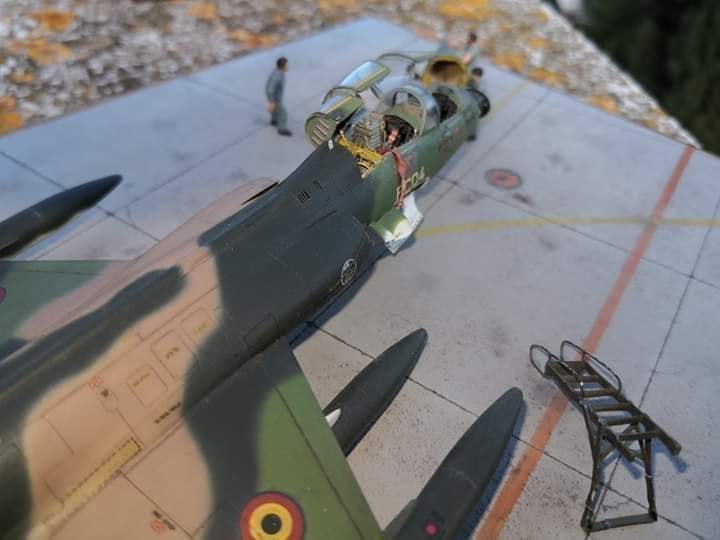 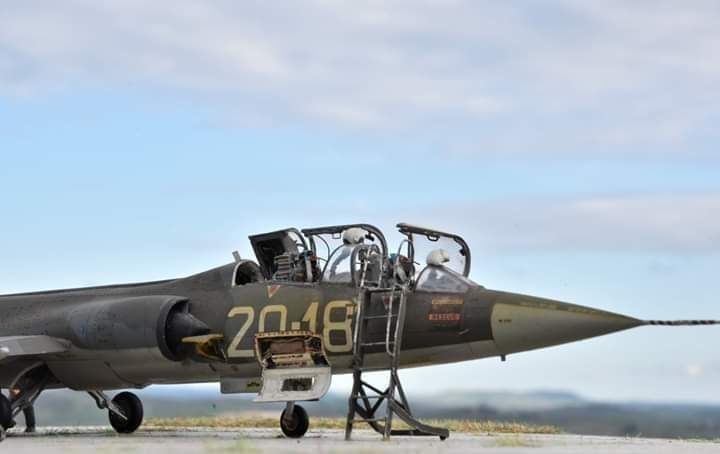 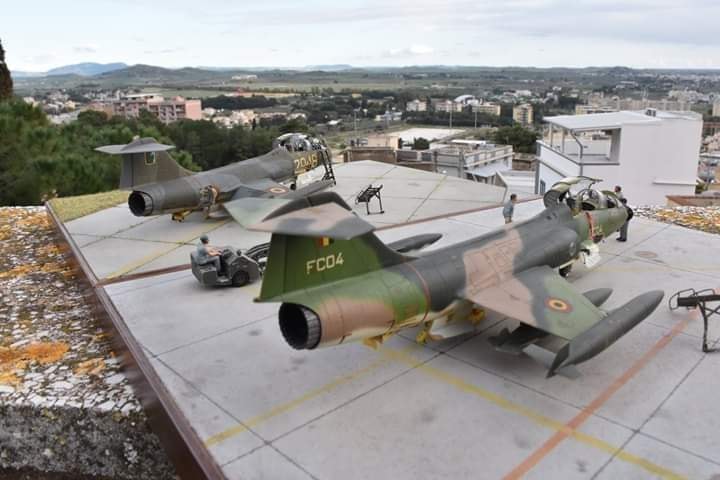 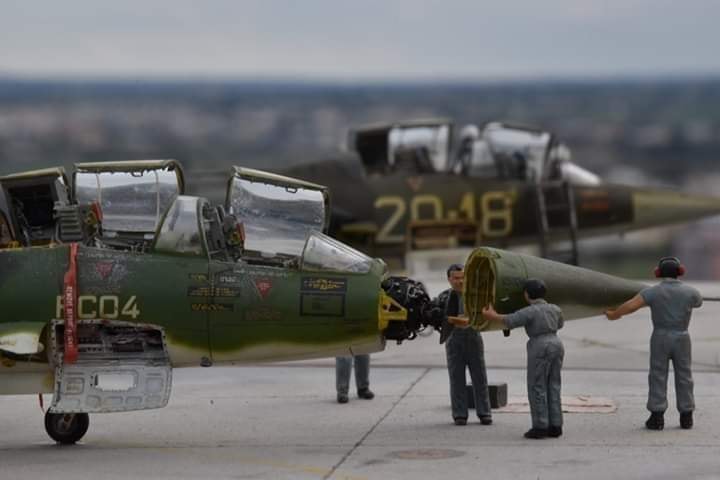 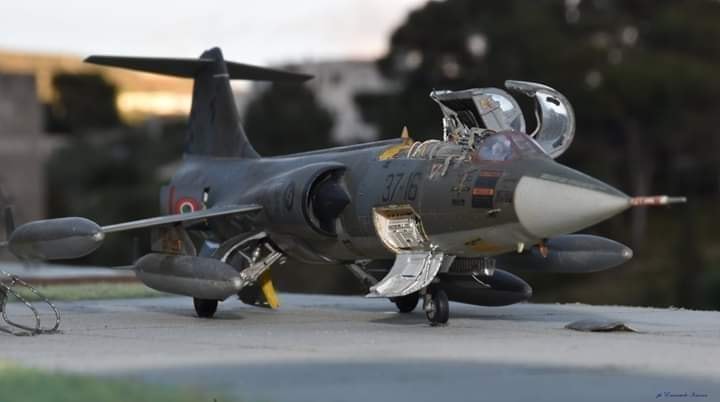 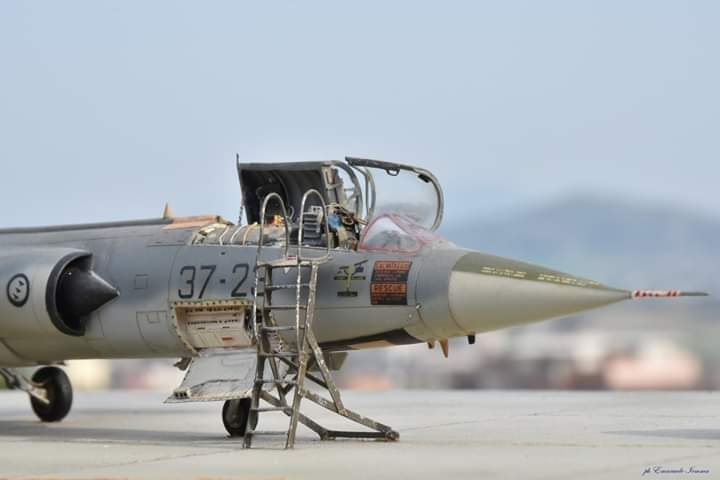 Four 1/72 scale F-104 models … two Italian Ss from the 18th group … a training two-seater from the 20th group and a BELGIAN two-seater. Thirty years ago, a lot of documentation was needed to create the internal systems of the aircraft, rather difficult to find, especially with regard to the 104 two-seaters, which however managed to pick up a bit here, allowing me to make them. As for the two 104 S, since the decals to represent the department badges did not exist at the time, I first had to make the masks from scratch … for the circles on the sides of the air intakes … for the stylized darts at the inside of them .. for the stork and for the chessboard on the drift and then move on to painting with an airbrush …. a very complex and difficult job, a real challenge that in the end gave me great satisfaction. To create the interiors I used plasticard, copper wires and the inevitable cianoacrylic glue.