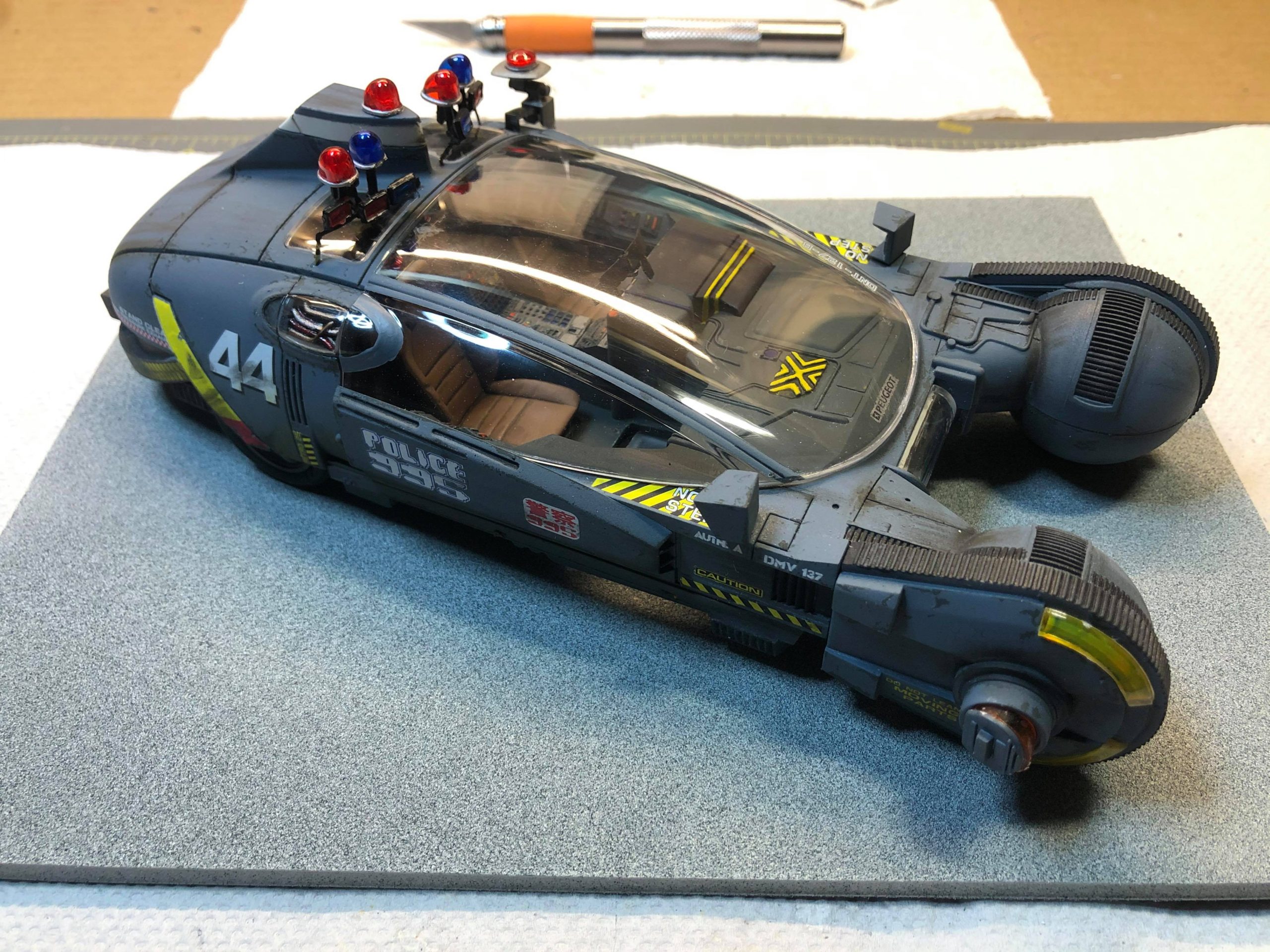 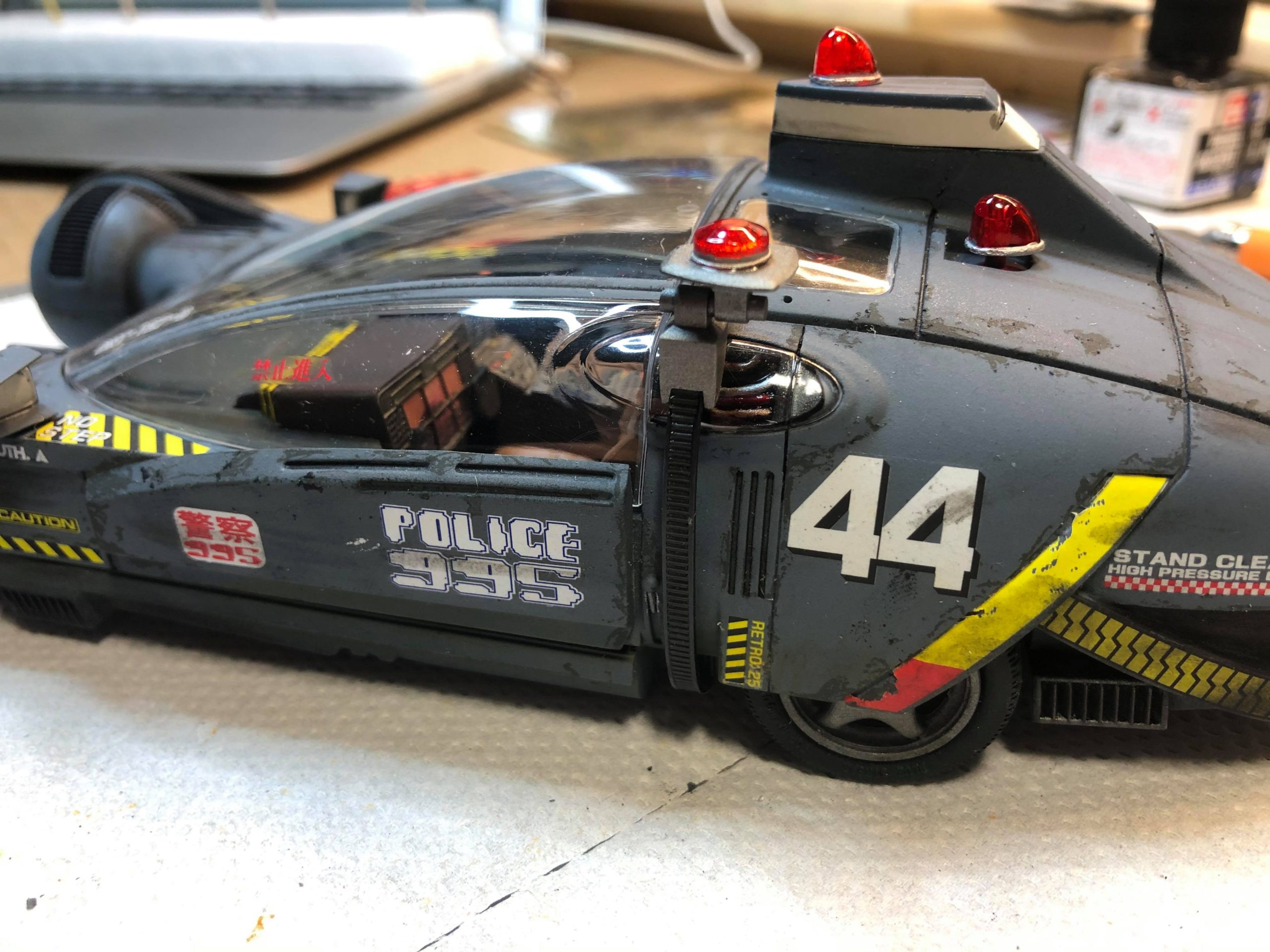 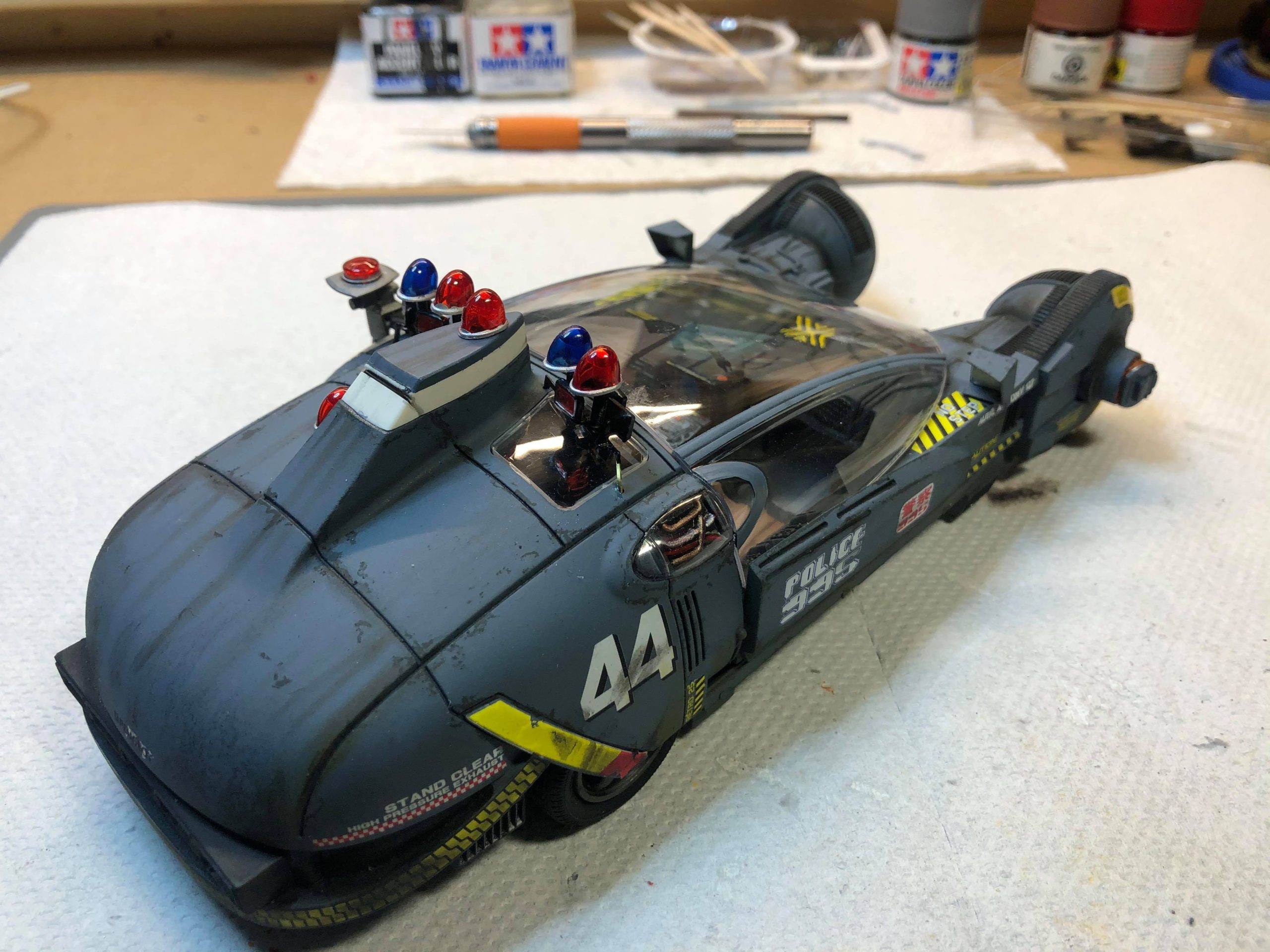 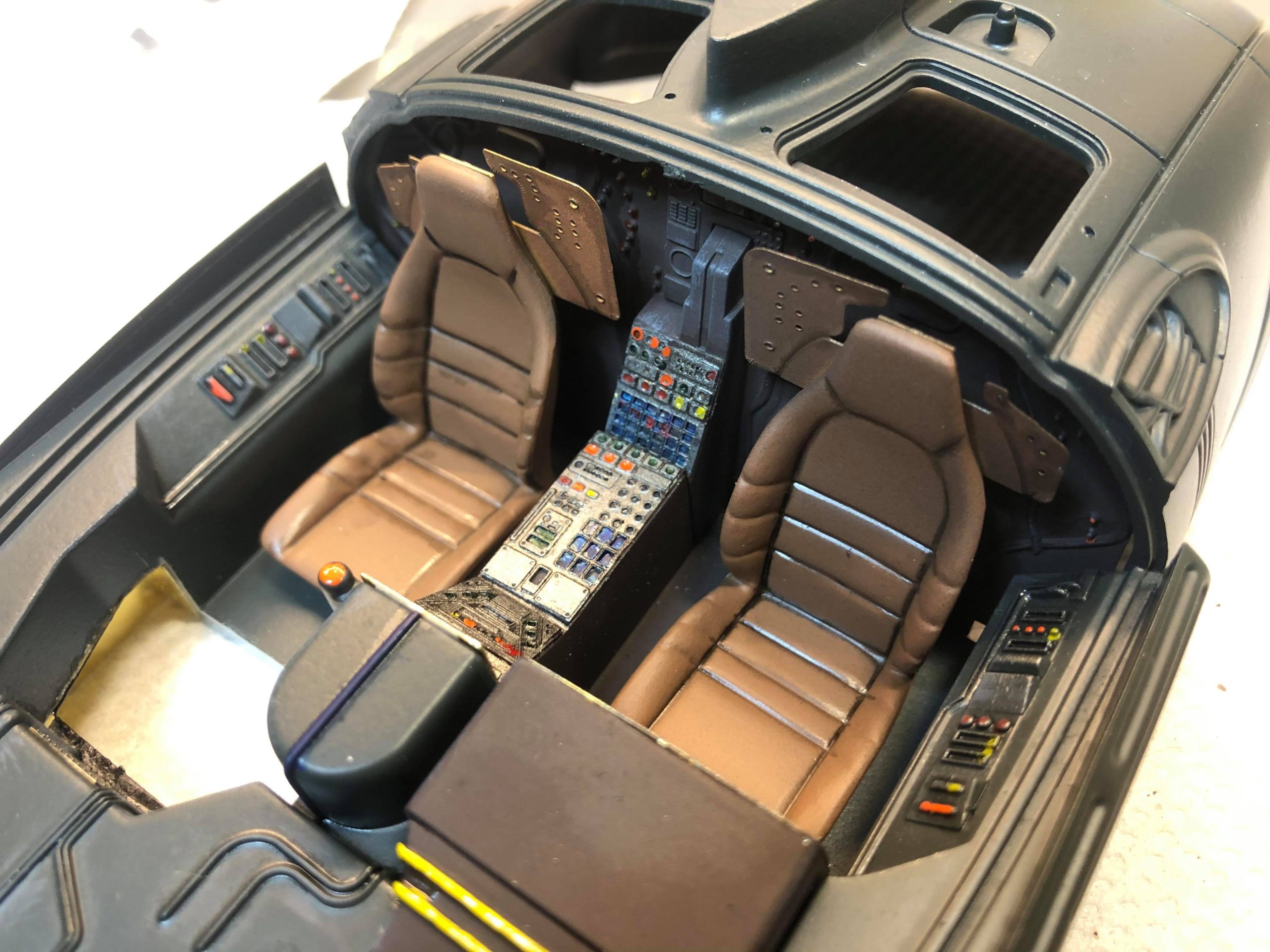 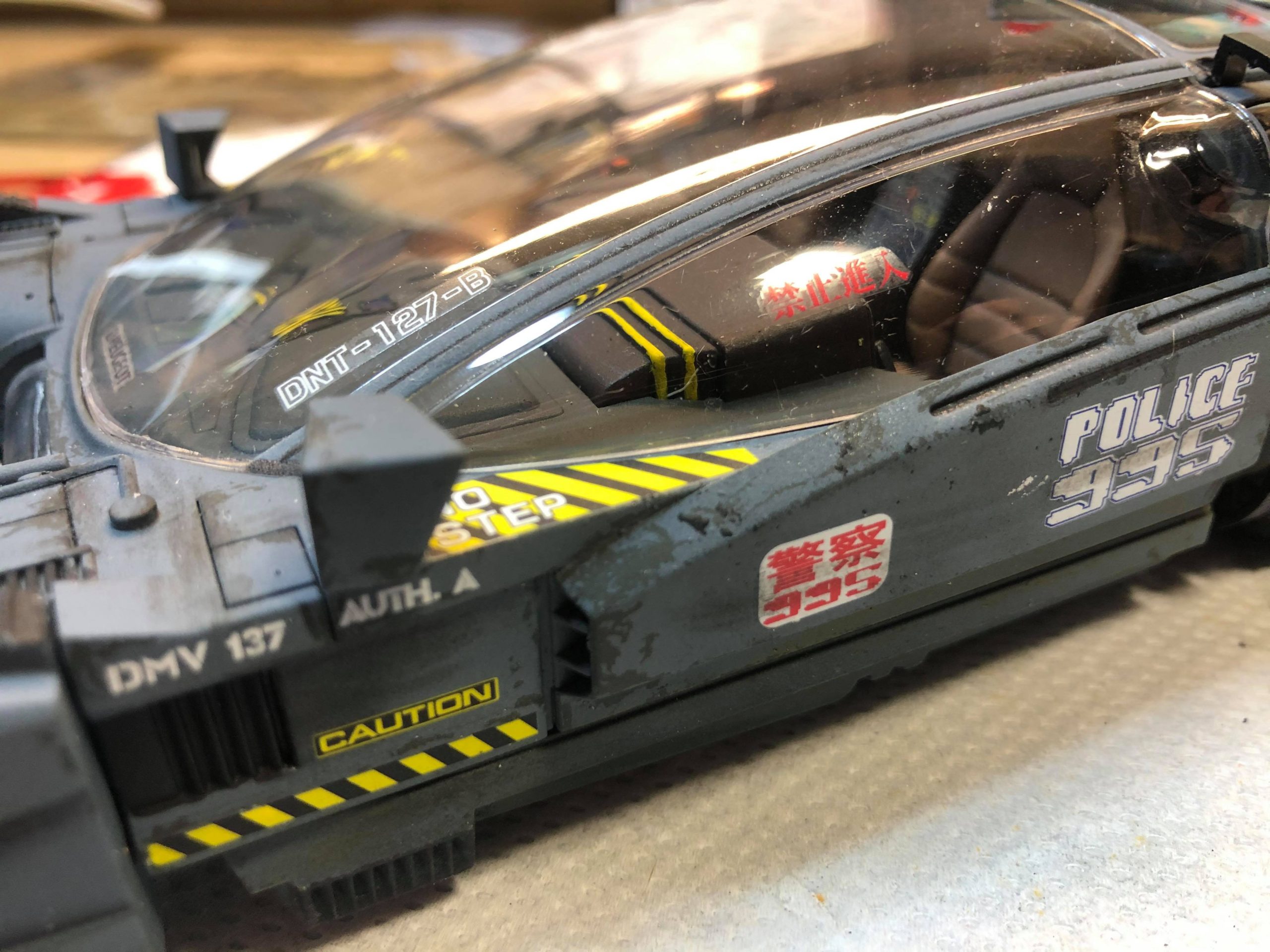 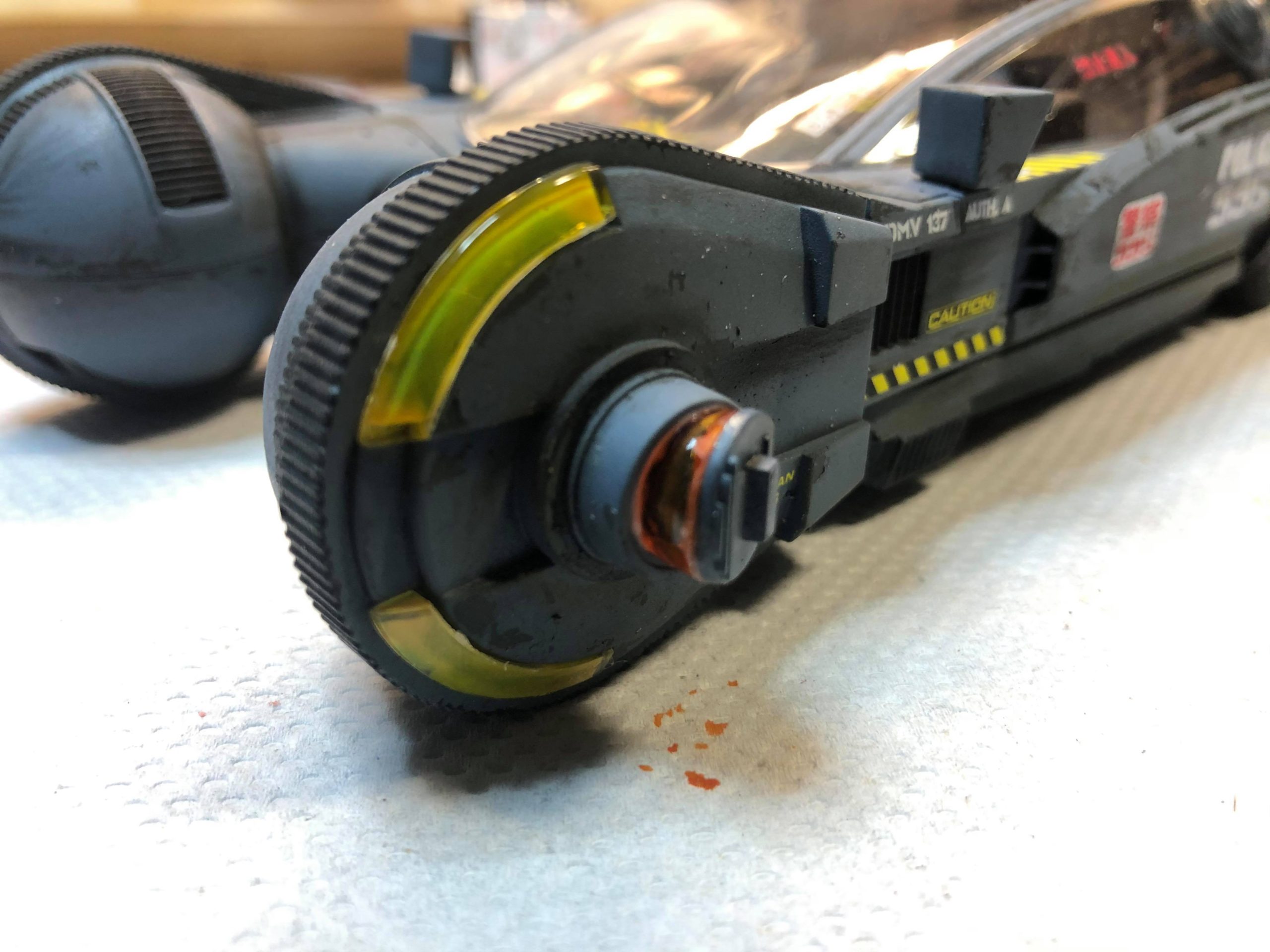 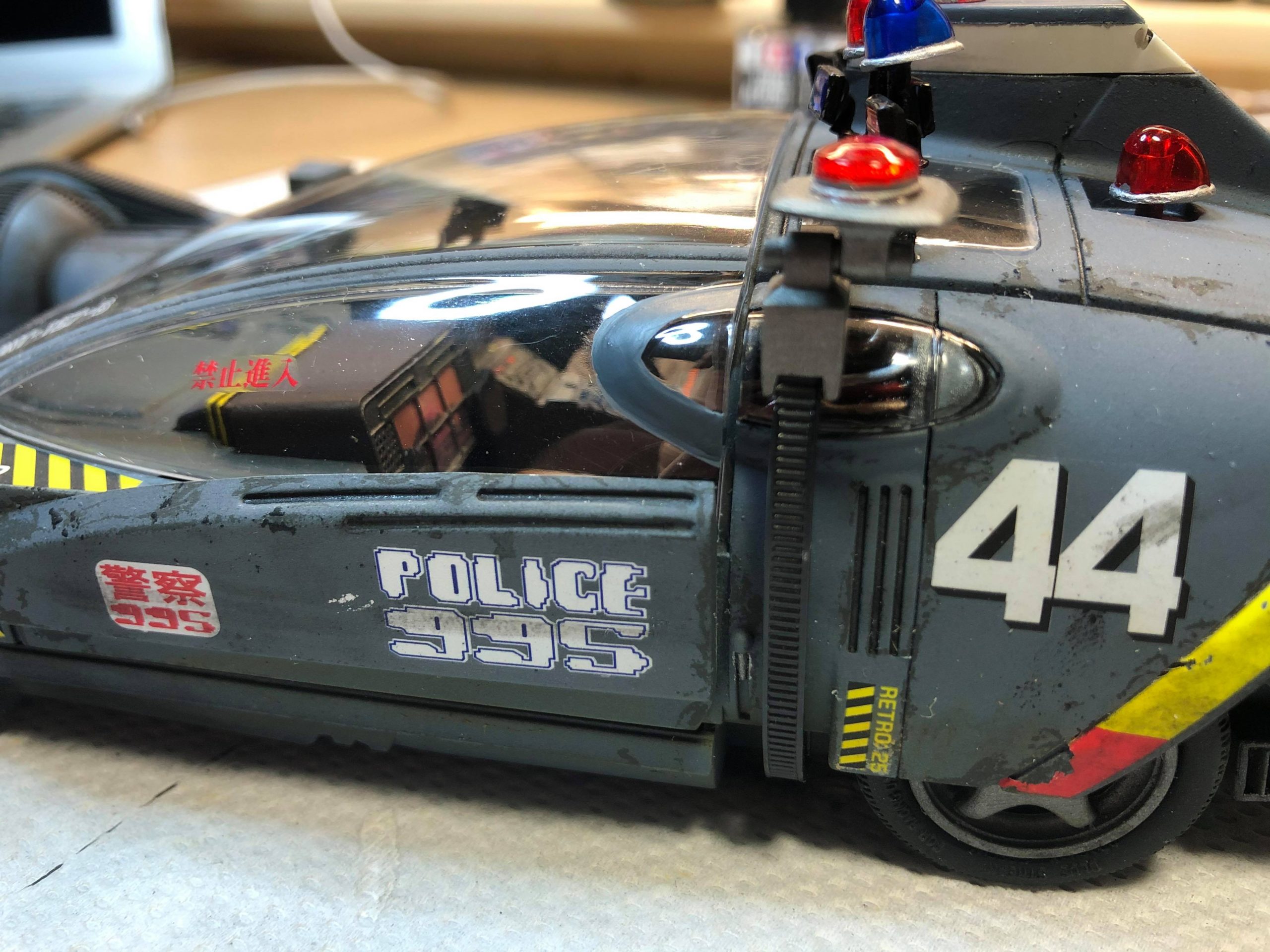 The Spinner is the iconic police car from the original Bladerunner movie, directed by Ridley Scott and I had always wanted on build a kit of it. After a 10 year hiatus from building, it took me a few models to gain the confidence to finally try. The Fujimi kit is excellent but needed a few updates so I also purchased an aftermarket set that included photo-etched details and some images for the various computer screens within the car. I was never pleased with the original colour for the car that was suggested by the instructions (it always seemed to be far too cartoonish), so I simply chose a much more subtle set of blues from Vallejo. Painting was straight forward as I chose a dark base colour for the interior and then built up depth with some dry brushing and weathering. The Paragrafix photoetch set was really great and added a lot to the otherwise bland interior. I used seats from an old Tamiya Porsche model and also used that kit for the wheels- another part of the kit I thought was too flimsy for the model. I added a few final details – including a Peugeot decal (in honour of Denis Villeneuve’s use of the same for the spinner from Bladerunner 2049). A clear coat followed by the decals, was covered by a matt finish before I used Tamiya weathering sets for much of the soot and scoring marks. Some more oil stains and dry brushing added to the wear and tear look, before I sealed it all with another few matte coats. So much fun to build and likely my best model yet. Now I just need to build a diorama around it.