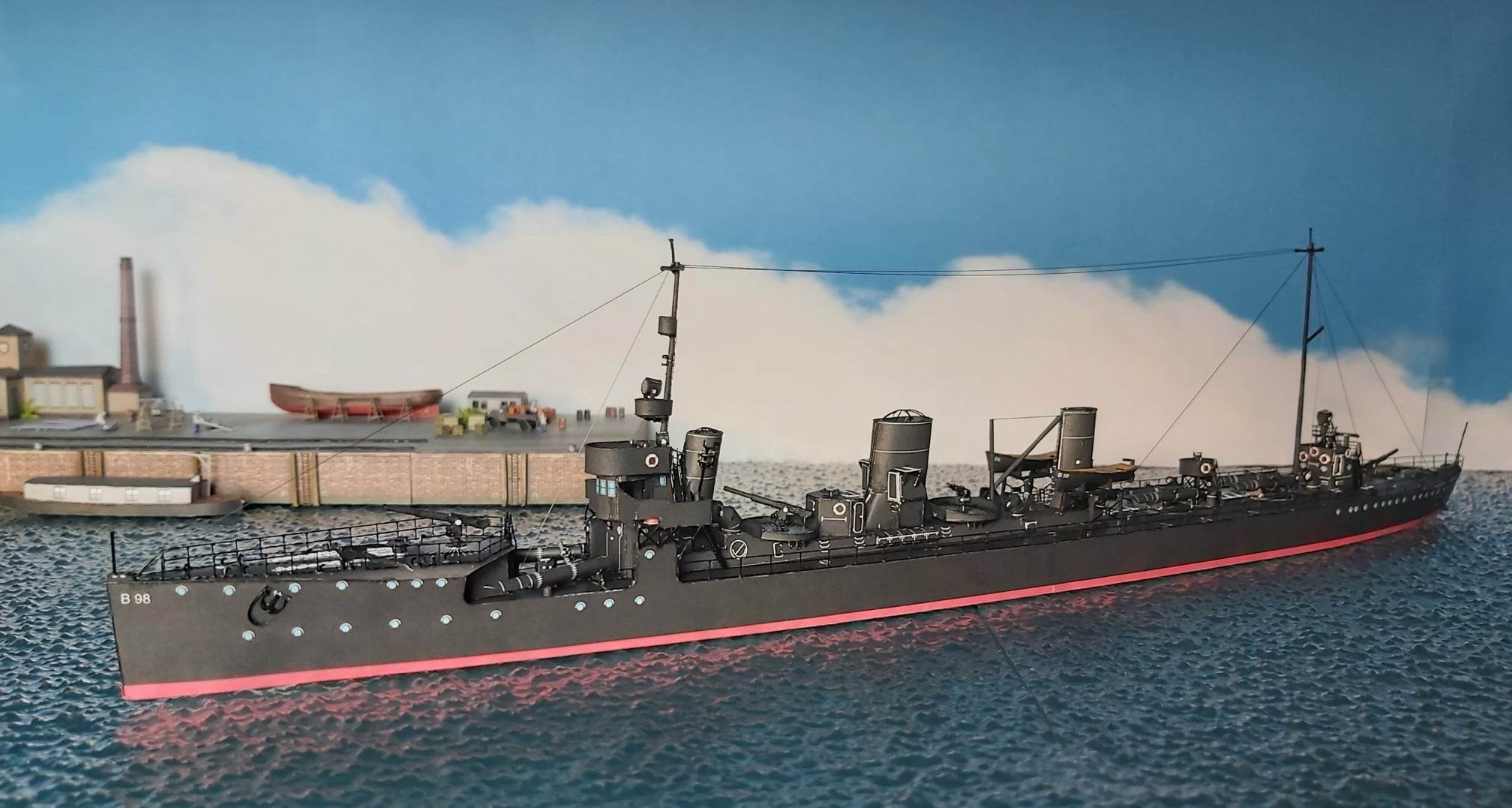 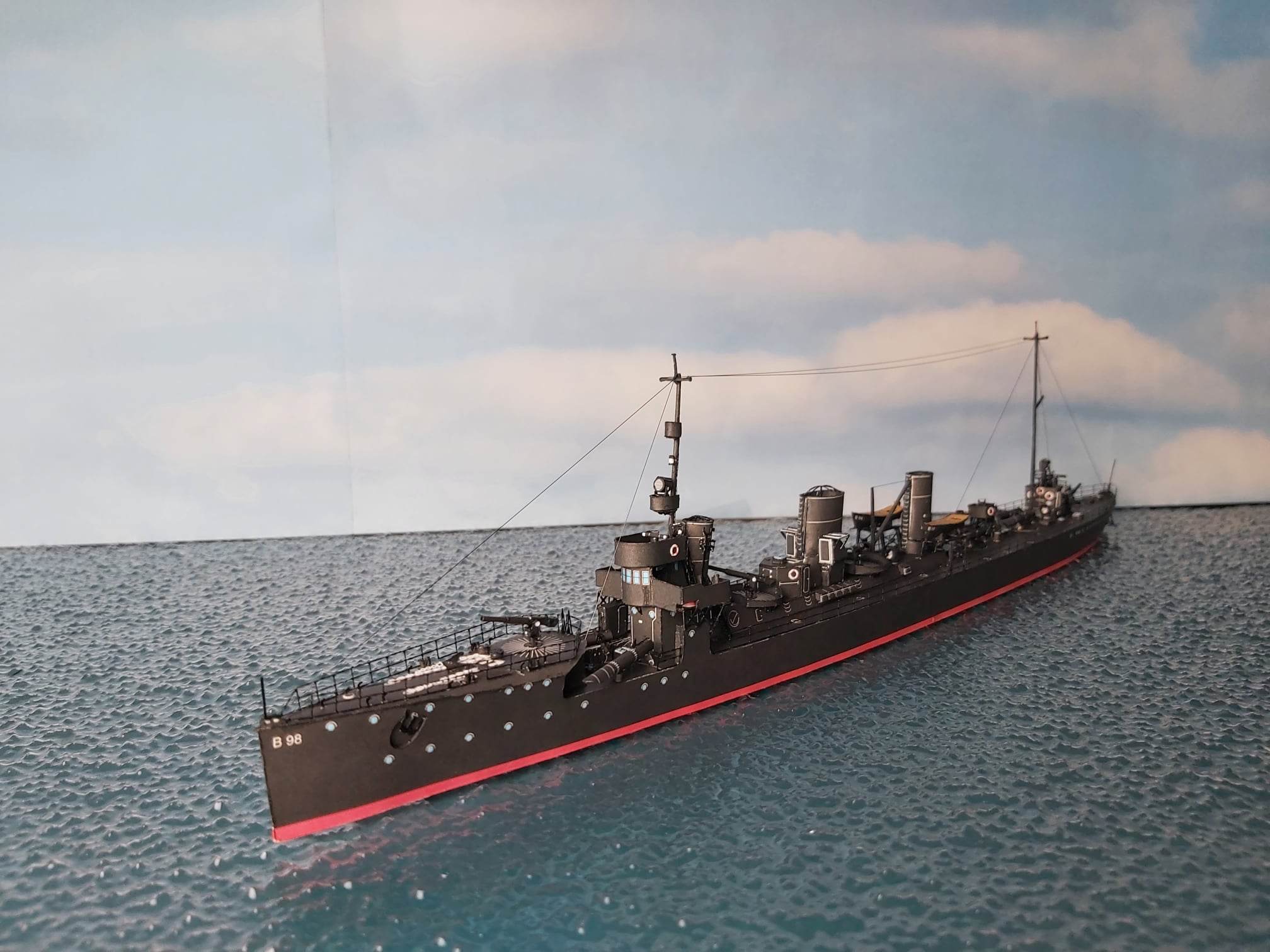 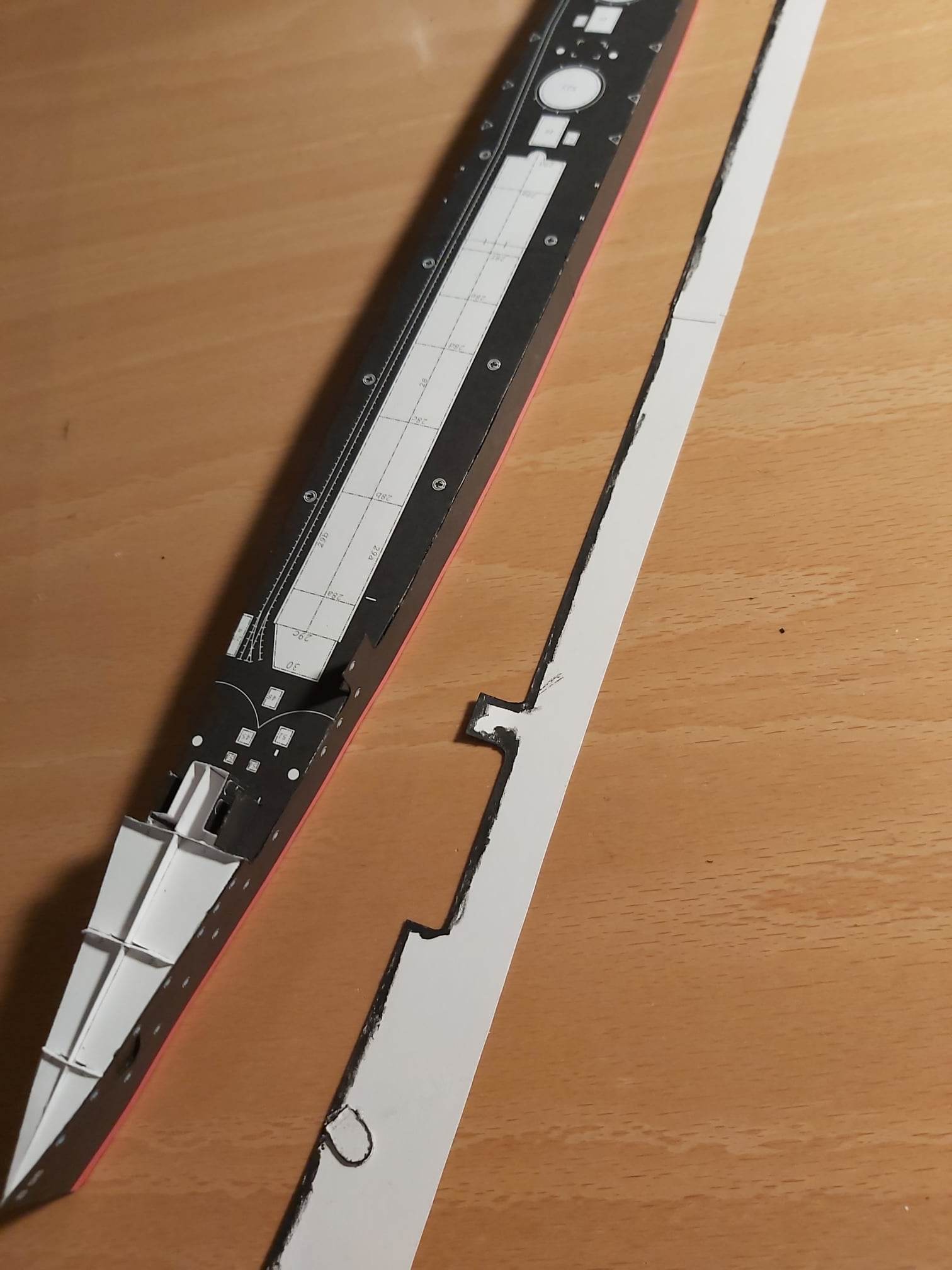 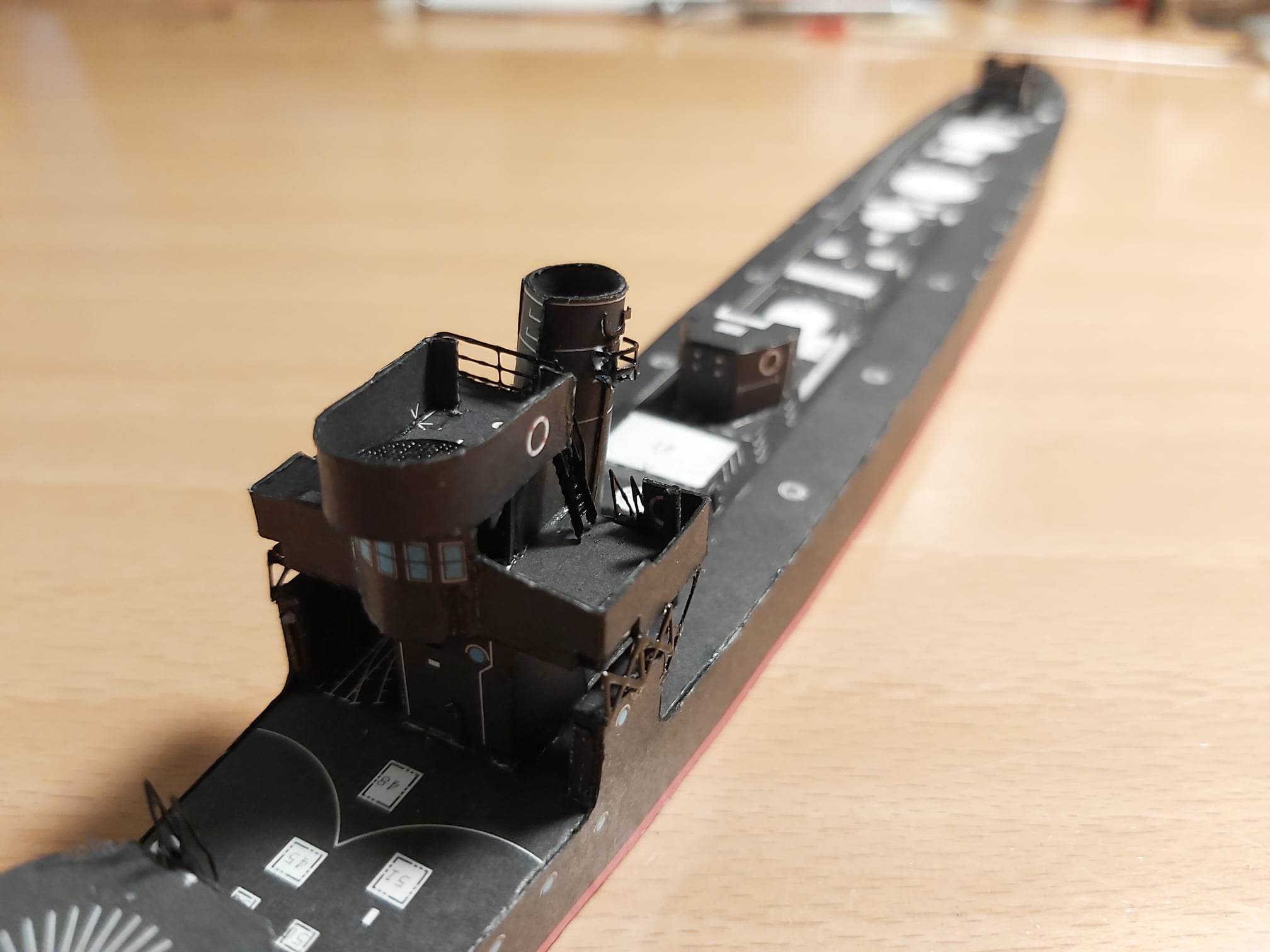 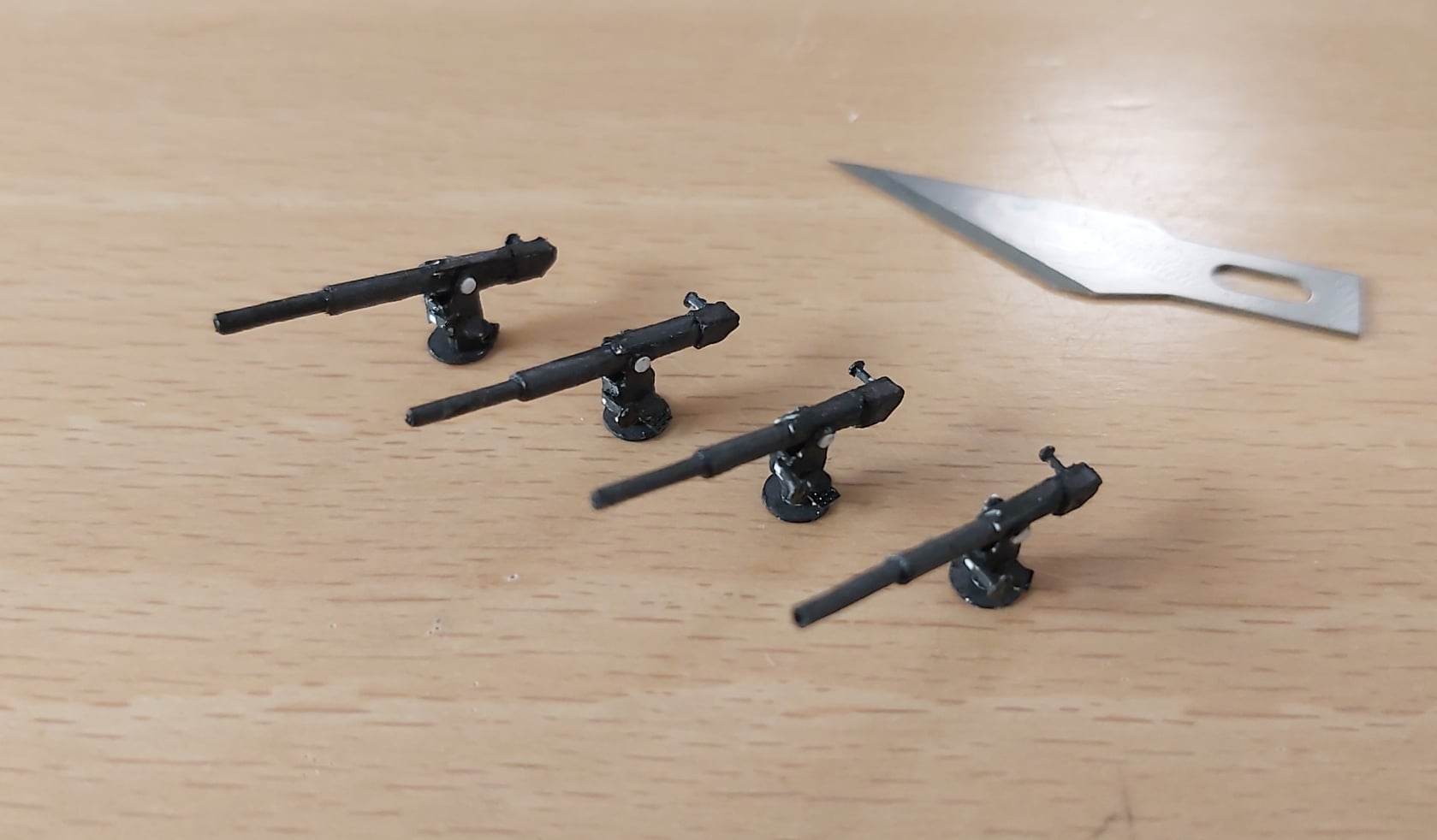 SMS B98 (1915) papermodel scale 1:250 HMV – Hamburger Modellbaubogen Verlag Duration of work: 3 month All units of this class (destroyers B97 class) took part in the Battle of the Skagerrak. No ship was lost. B98 received a hit that destroyed the aft torpedo stand. In October 1917 there were several battles in the Baltic Sea. The Russian destroyer GROM was boarded by B98 and taken in tow. On the way back, B98 ran into a freshly laid Russian mine barrier and lost her forecastle. The march back to the North Sea was only possible with the help of a makeshift wooden bow. In November 1918 B98 was interned on the Orkneys like the entire High Seas Fleet, then took over the Scapa Flow / Wilhelshaven postal service. She was at sea when the German fleet sank itself in Scapa Flow in June 1919 and was immediately boarded by the British Navy on her return. When it was later moved by tow, the cable tore. B98 ran aground in Lopness Bay on the island of Sanday (Orkneys). At low tide the remains can still be seen there today.