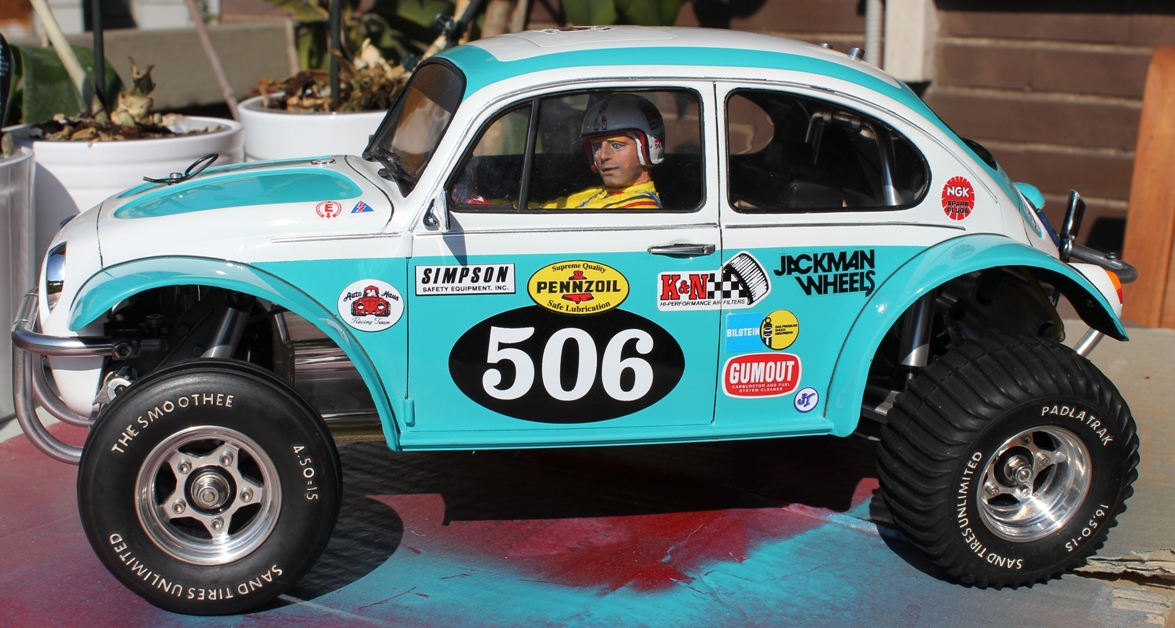 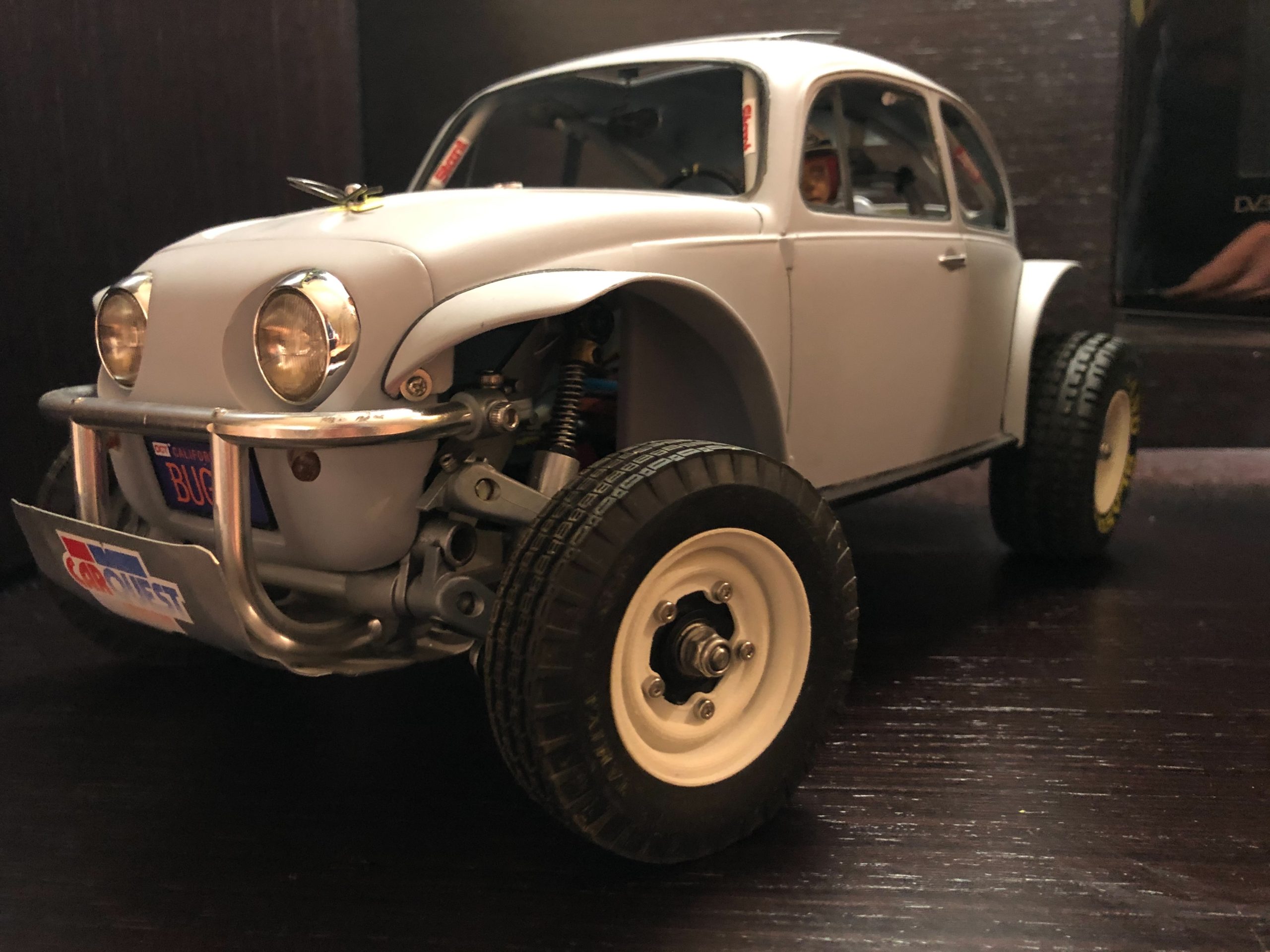 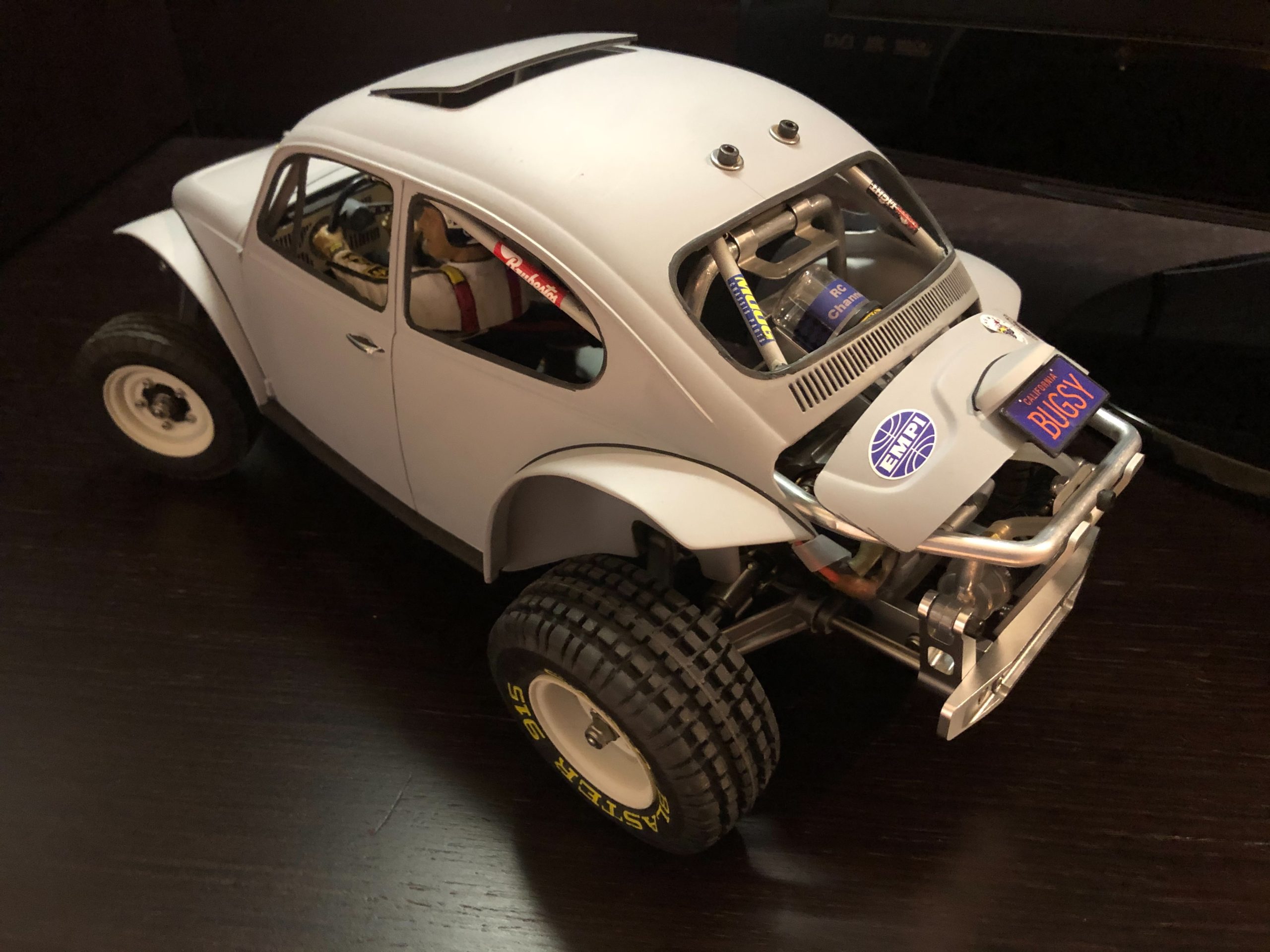 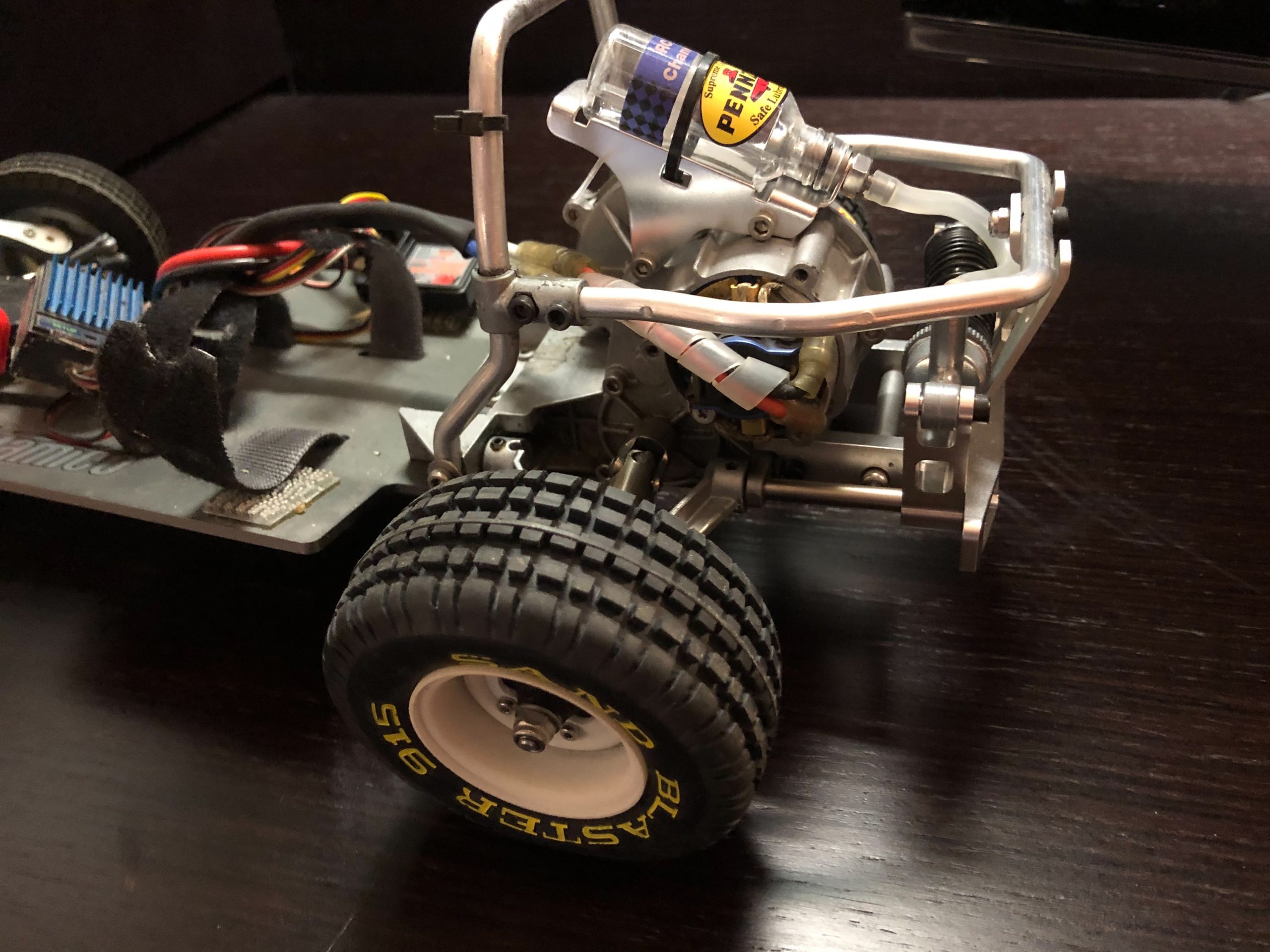 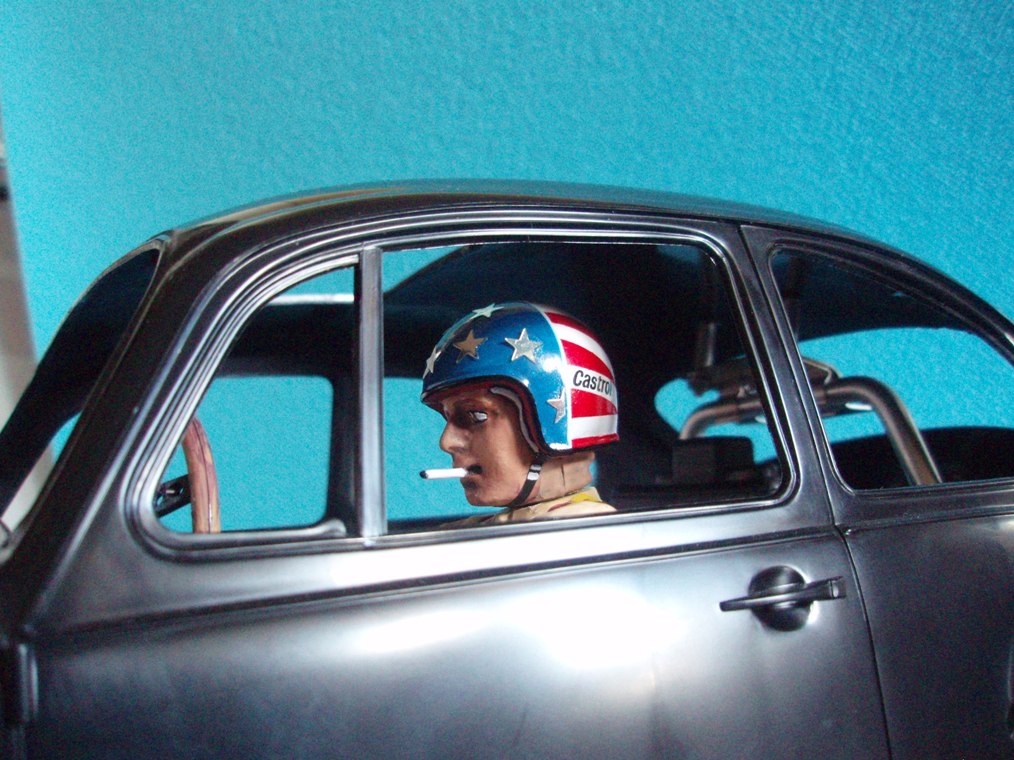 Among Tamiya’s “iconic” models, one of the places of honor certainly belongs to the Sand Scorcer. Appeared in 1979 this model reproduces a Baja-Bug the famous VW beetle in the USA version that was popular between the 60s and 70s in the Californian dunes in this racing variant.
A simple model, consisting of a 2mm FRP plate. (which many of us have replaced with an aluminum one) and the front and rear mechanics in cast aluminum.
The peculiarity of this model is the perfect balance between dynamism and attention to static detail. For this reason it is loved by both static modellers and those devoted to the myth of speed.
The model consists of a beautiful 1/10 scale white ABS bodywork with important details such as headlights, driver, grilles, wiper mirrors and hyper-realistic rims. The mechanical part in precious aluminum faithfully reproduces the front and rear of the Beetle. Just think that like the real one, the Sand Scorcher does not have springs but torsion bars combined with oil shock absorbers. As happened for the real Bug, the modelers have prepared a series of almost unlimited customizations. Those like me who, for economic or personal reasons, could not put their hands on this kit had to wait for the 2010 year of Tamiya’s Re-release to celebrate the 30th anniversary of a model that has remained in the hearts of all model makers.
These are my 3 Tamiya Sand Scorchers. Assembled and painted by me. I used Tamiya spray enamels that were sanded and polished with polish. Given the articulation of the colors on the bodywork, I made extensive use of masking tape.
The blue white was built in the original 1979 livery shown on the purchase package and in the Tamiya manuals.
The Green and White model with a large # 5 on the side reproduces a version with a more Californian spirit with 60’s hot road style color schemes.
The gray model, on the other hand, is a small exercise where I was able to allow myself some freedoms: realistic Volkswagen dismountable resin wheels, internal fender covers but above all a single shock absorber rear suspension. Although of modern manufacture, it actually reproduces the rear suspension of another Tamiya model from the 80s The Super Champ which had 90% of the components in common with the Sand Scorcher with the exception of the rear suspension and some other details as well as of course a completely different bodywork.