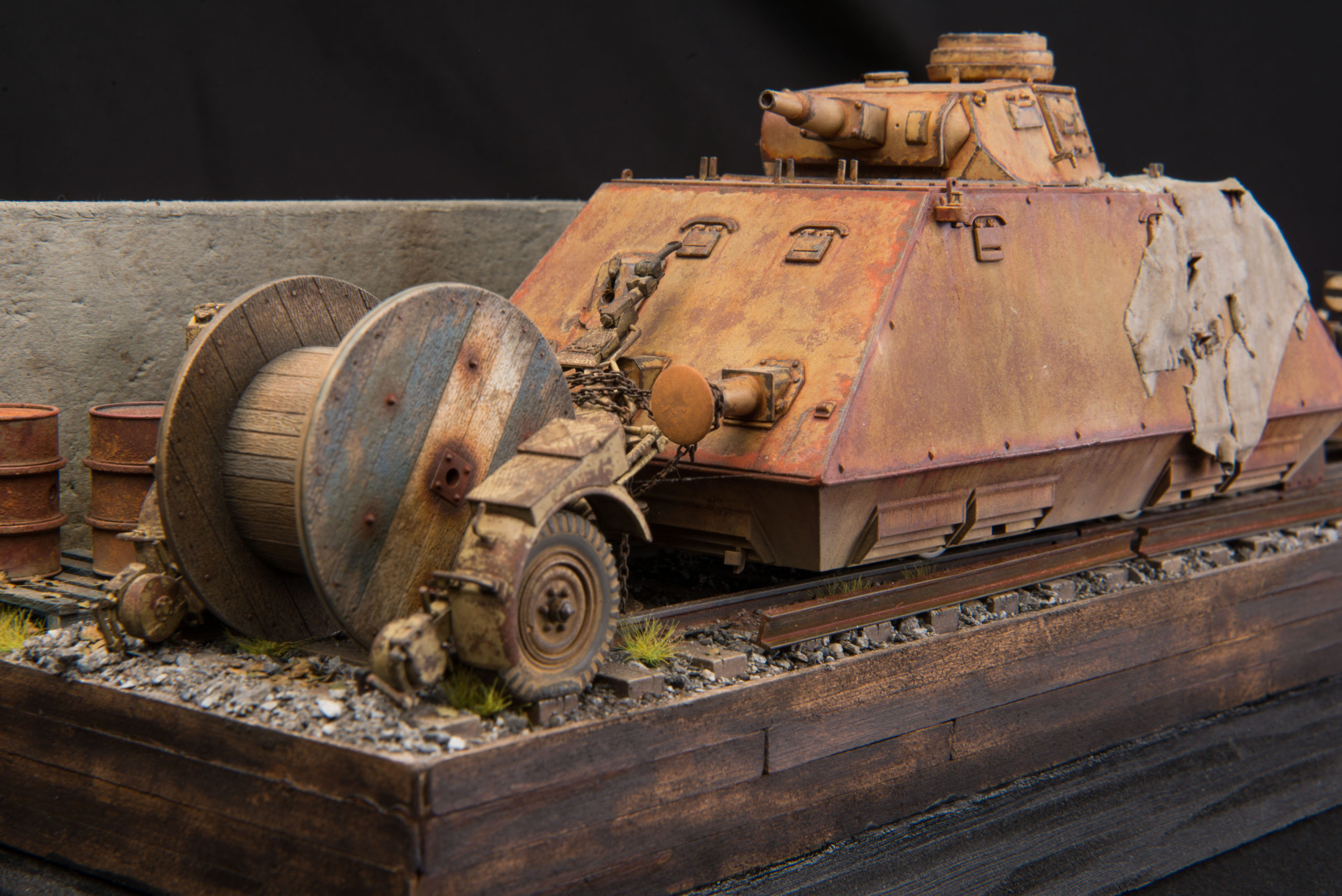 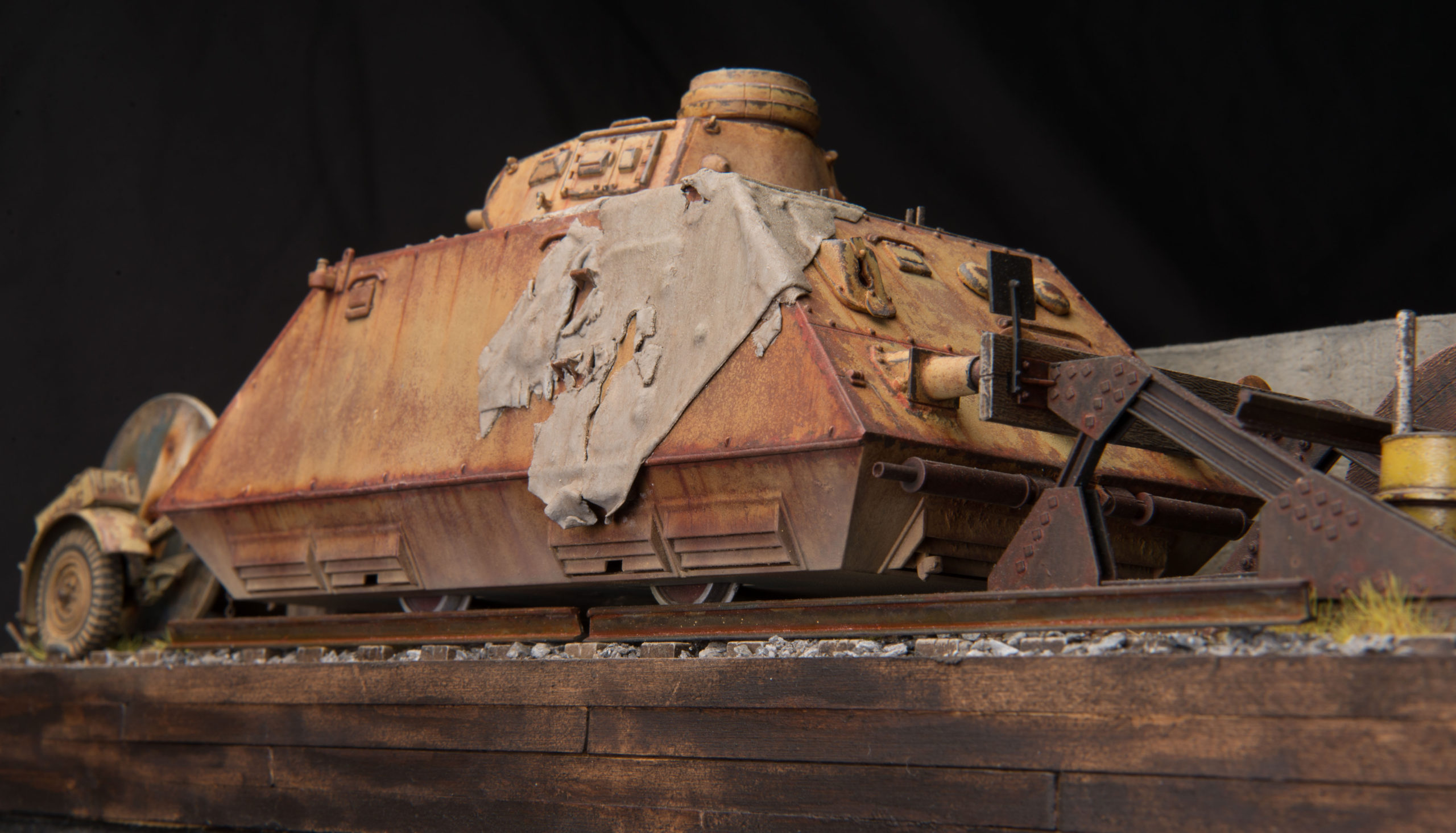 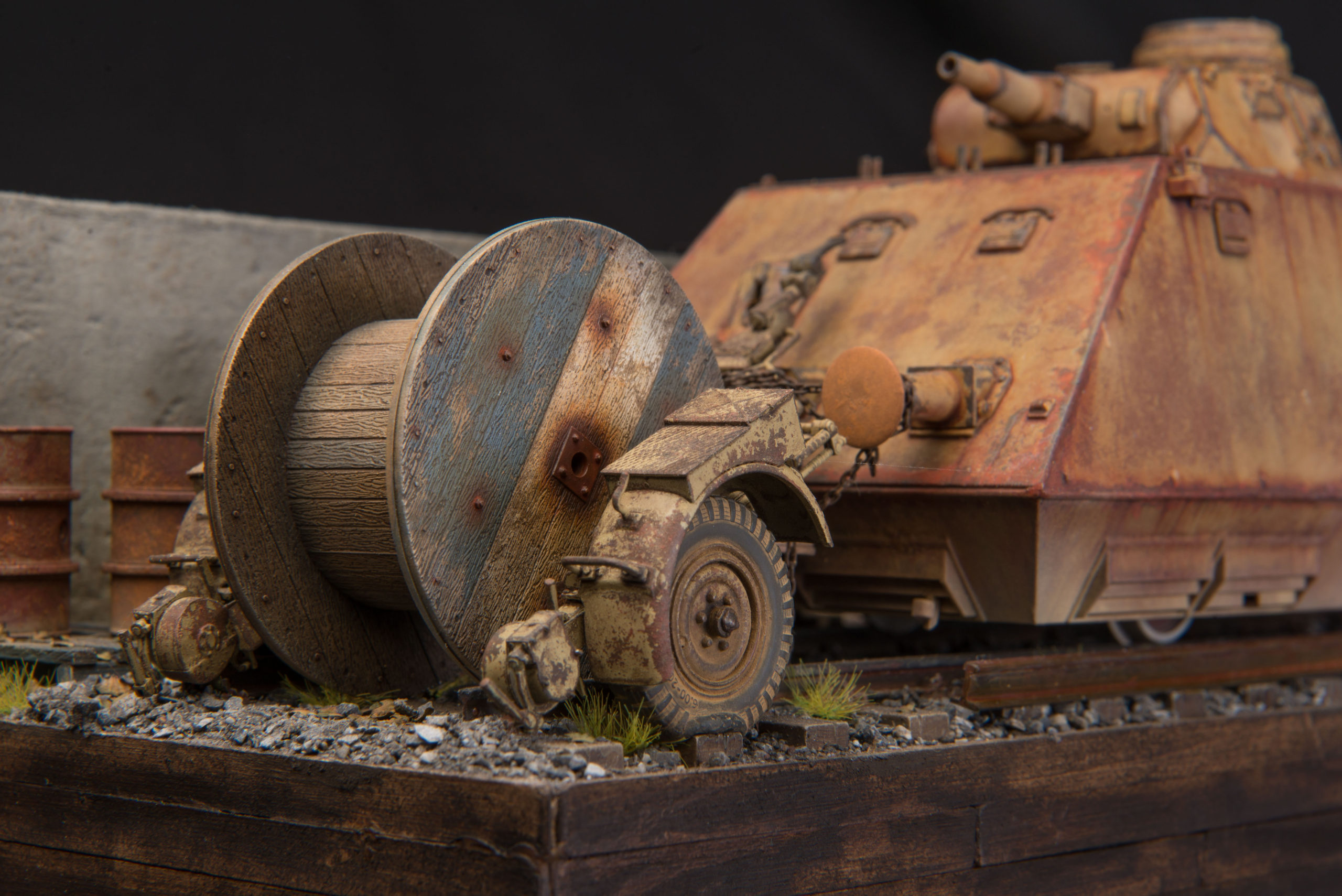 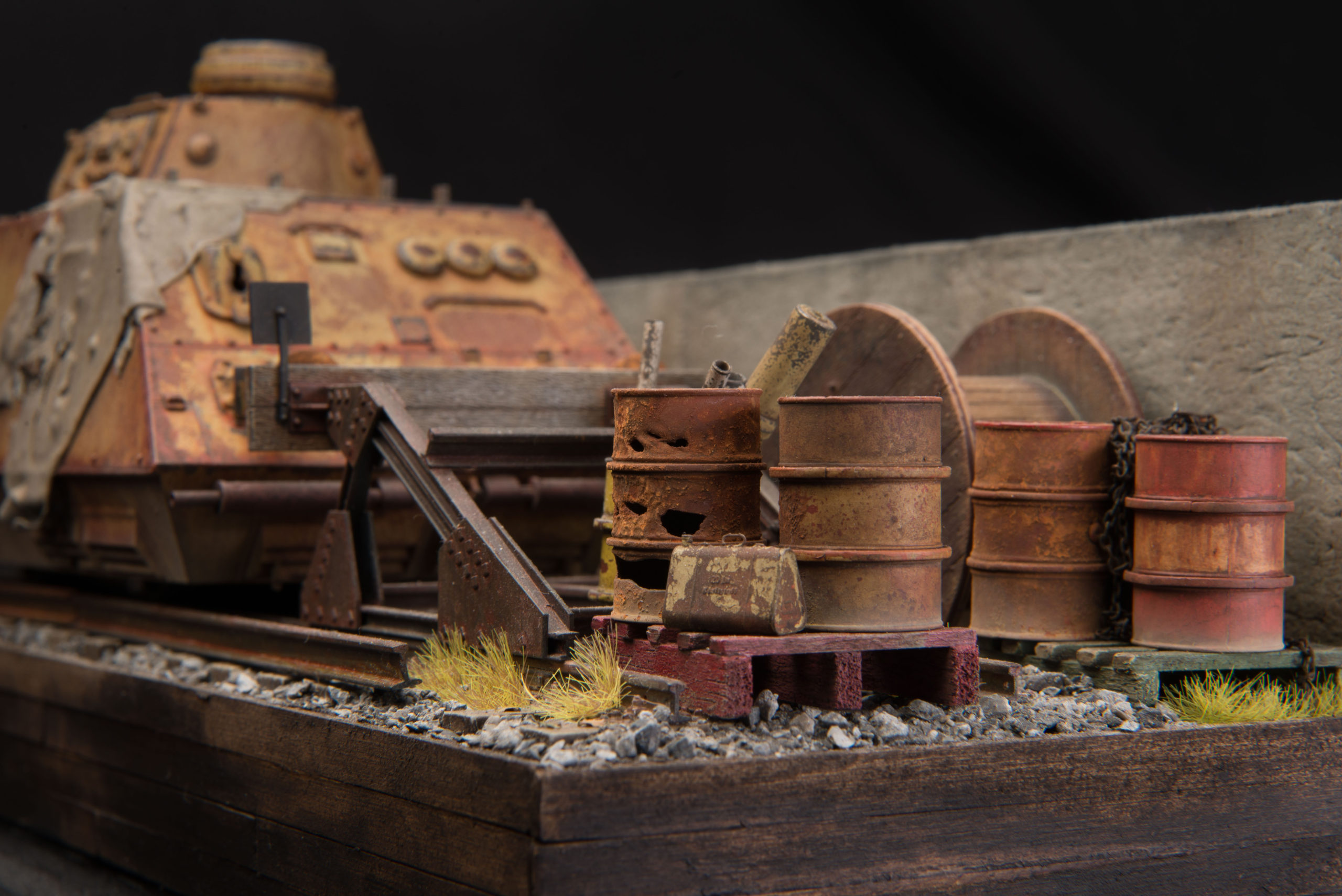 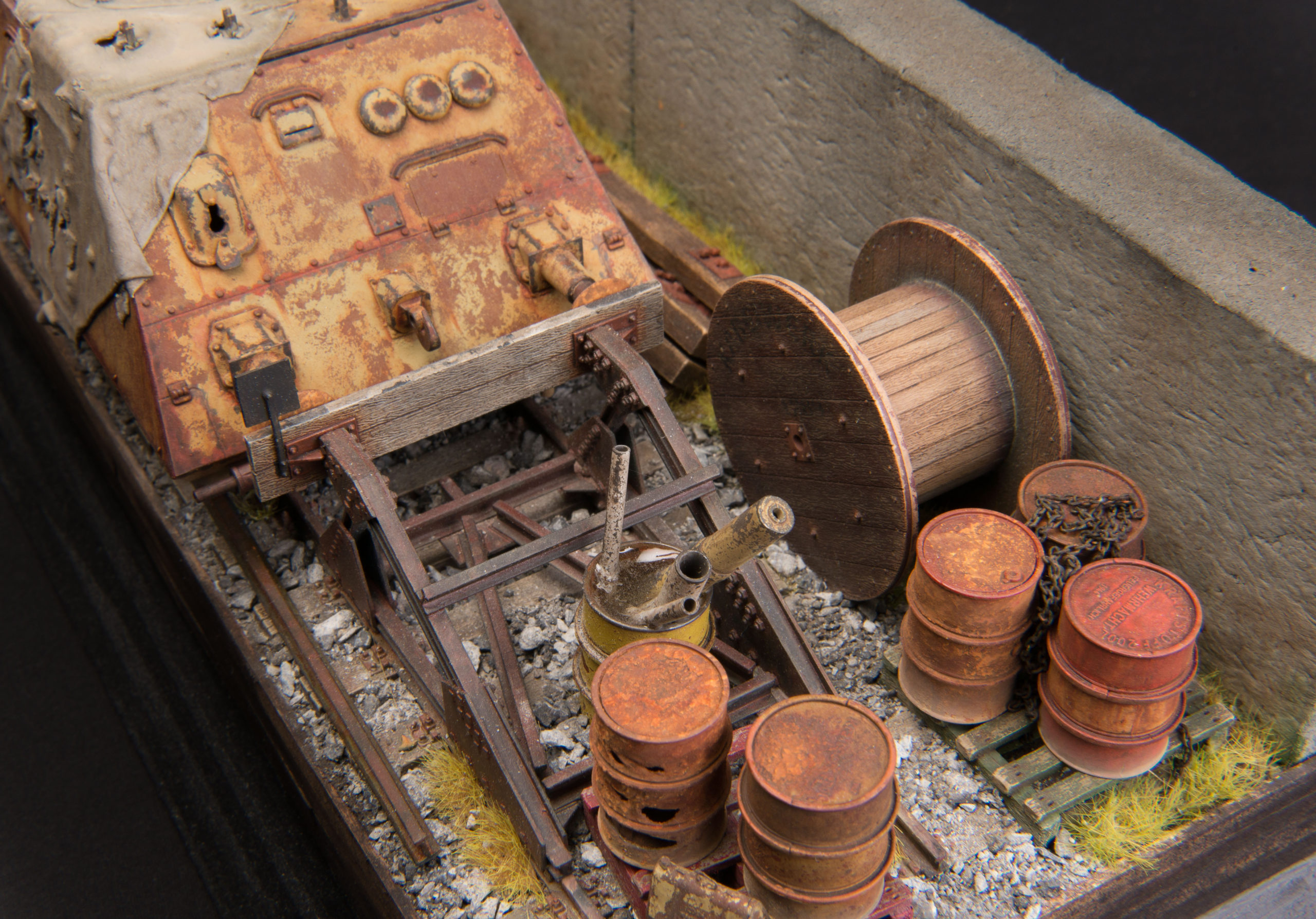 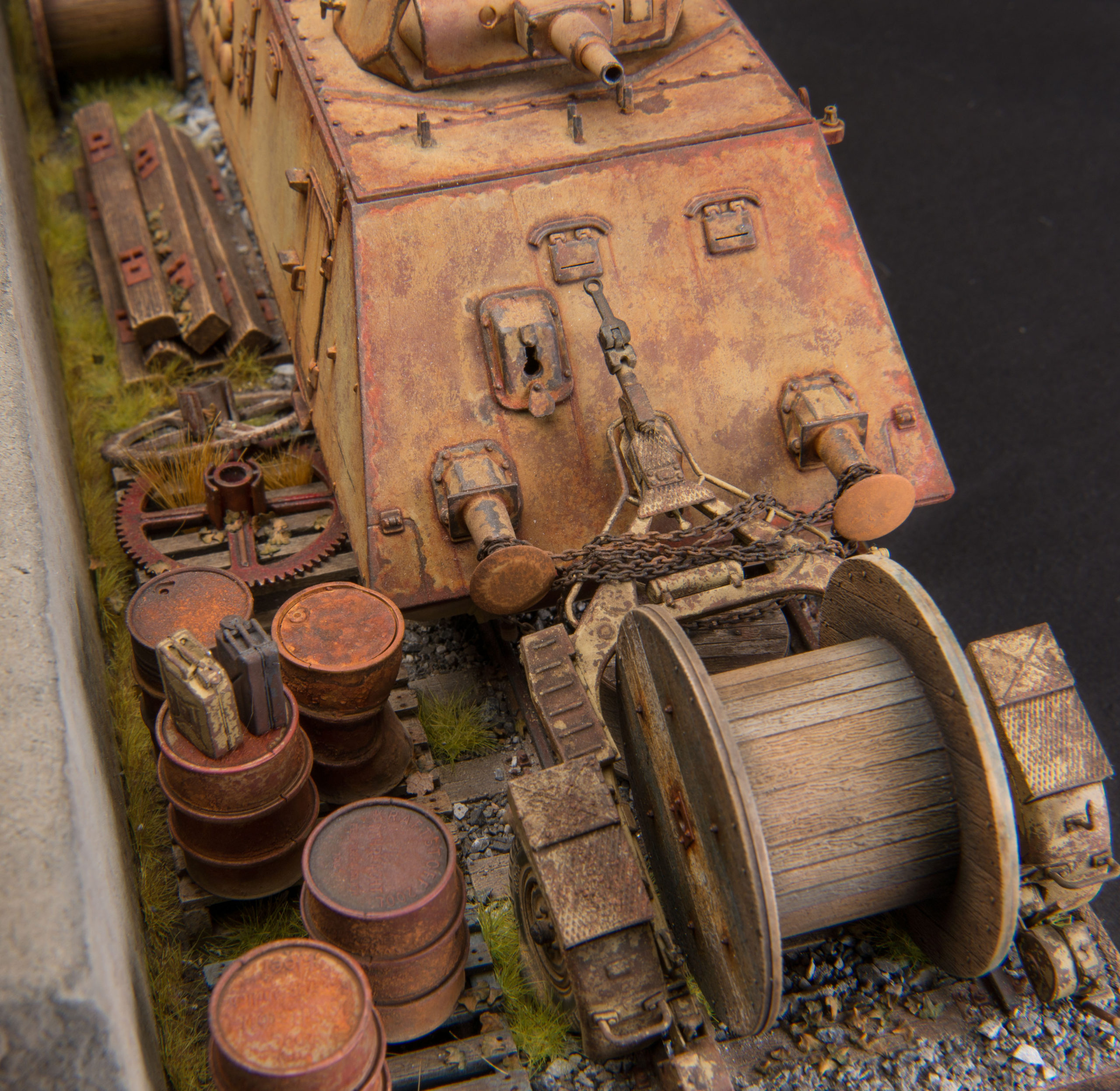 I started building Dragons 1/35 s.Sp. Artilleriewagen #9120 thinking that I would just have it sitting on some tracks as a stand alone item but as I was building it I didn’t like the way it was turning out. Thought about continuing on with the build but I decided to put it back in its box and place it on the shelf. I moved on to some thing else to build. When I finished that build I went back to the Artilleriewagen and thought about having it in a “forgotten” state left behind to rust away with some other artifacts in a rail yard somewhere. I decided to add AFV Clubs 2cm Flakvierling 38 trailer to give it some company. The tires were flattened by heating them up and pressing down where they were going to sit. The cable spools, railroad “dead end ” and tracks and some barrels are from the Mini-Art range. The tracks were laid into the groundwork that was made up from AK Terrains Dark Earth Acrylic Diorama Series. Small stones and real earth were mixed in to add texture. Vegetation came from the Mininatur and Green Line range. Wooden skids were built from scratch and the big ‘gears’ in the back behind the wagen are from the inside of a White Out tape dispenser. The concrete wall was made from rigid foam insulation that was purchased at Home Depot. It was rolled with aluminum foil formed into a ball to give it texture, saw that trick somewhere but unfortunately I can’t remember where. That’s about it.

Thank you sir for the opportunity, I really appreciate it. Hope this is what you need.