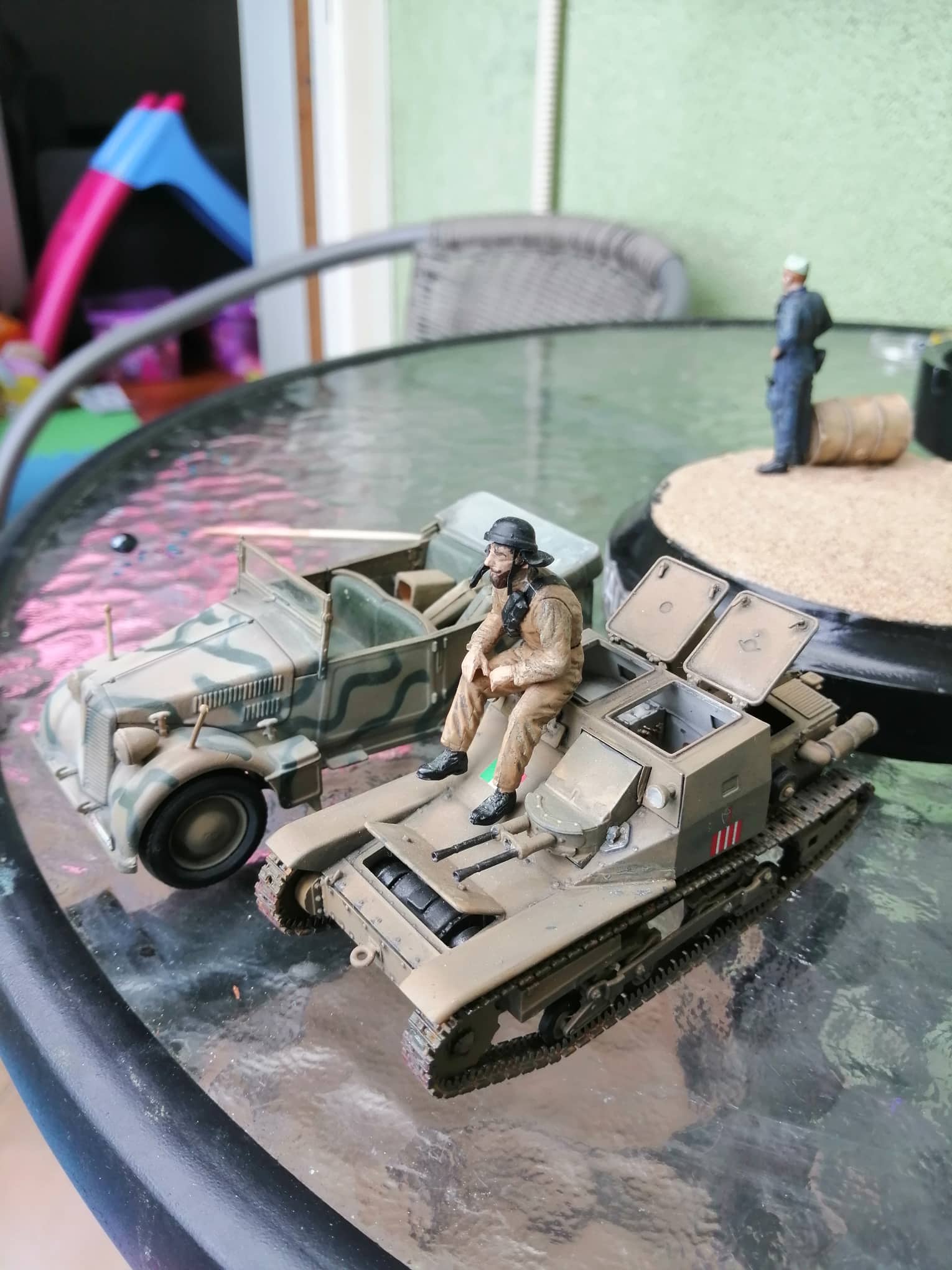 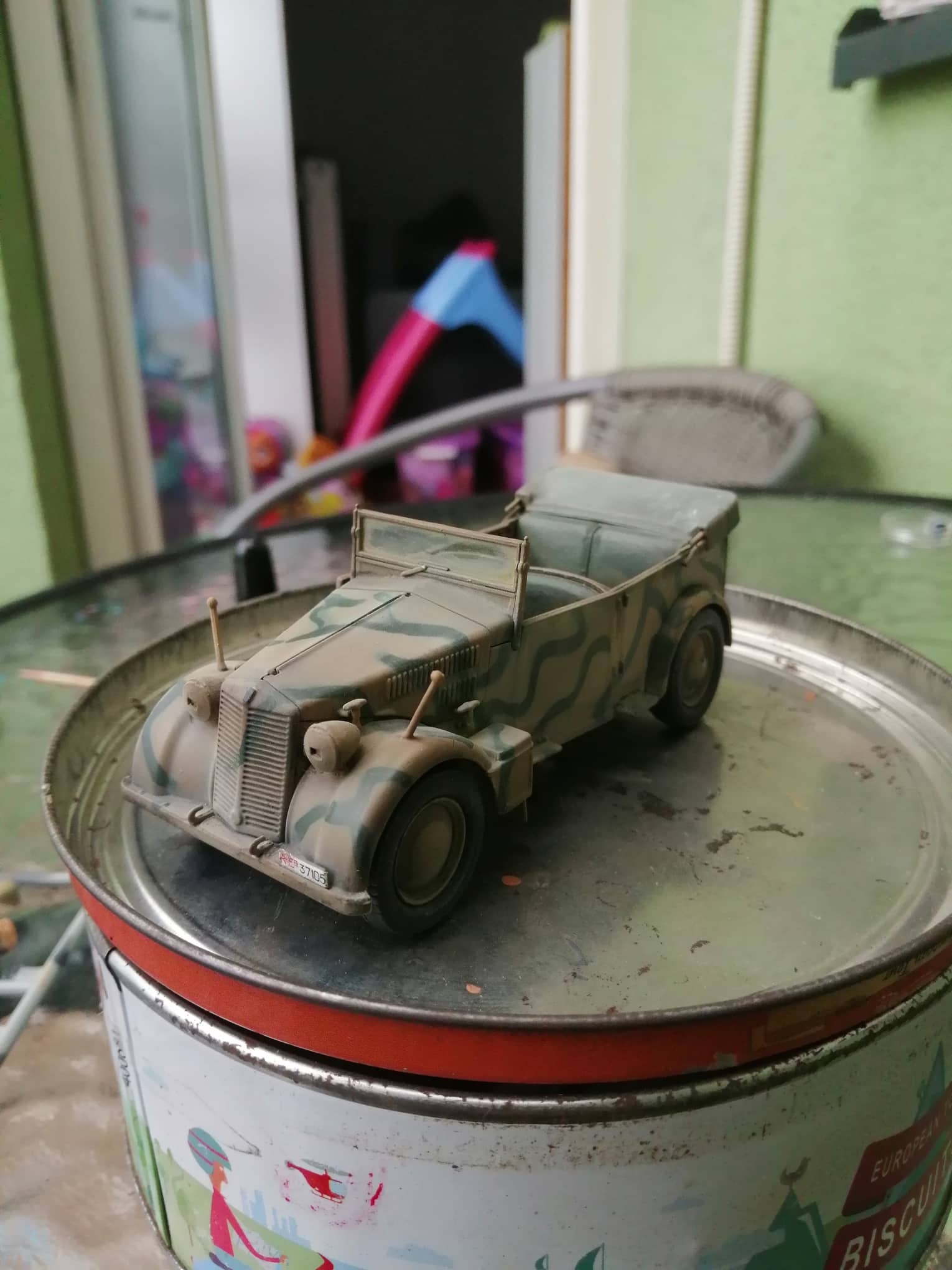 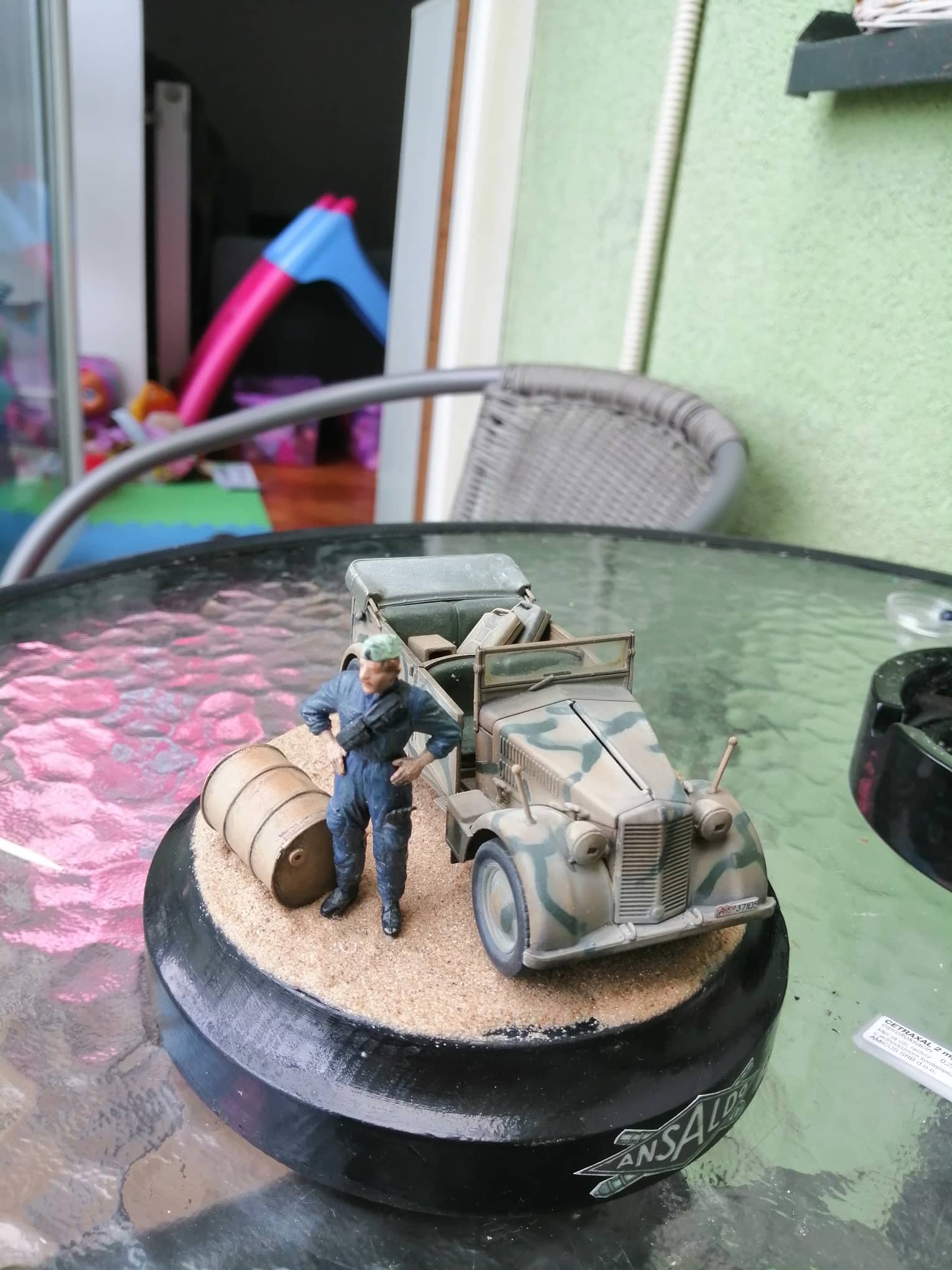 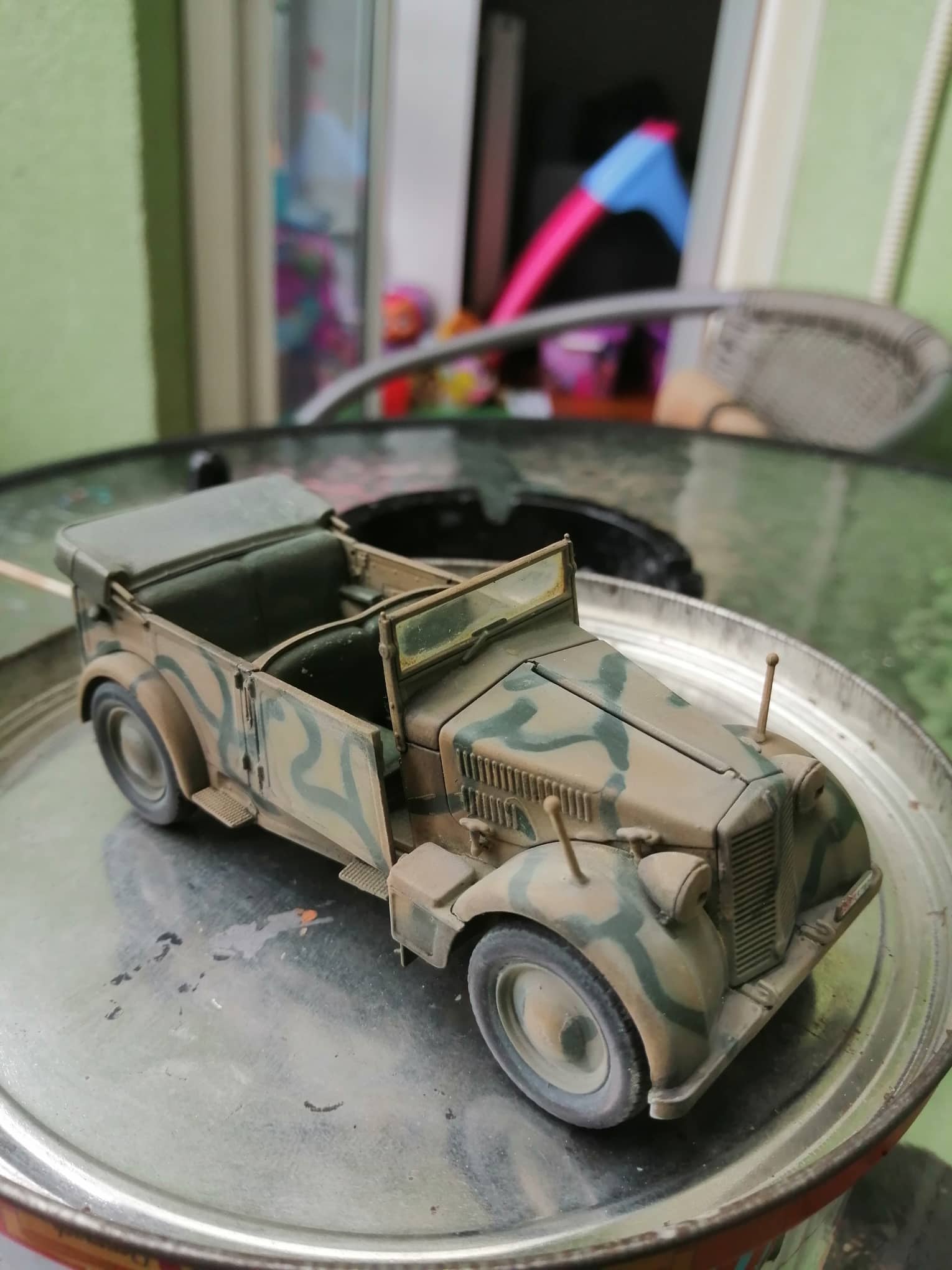 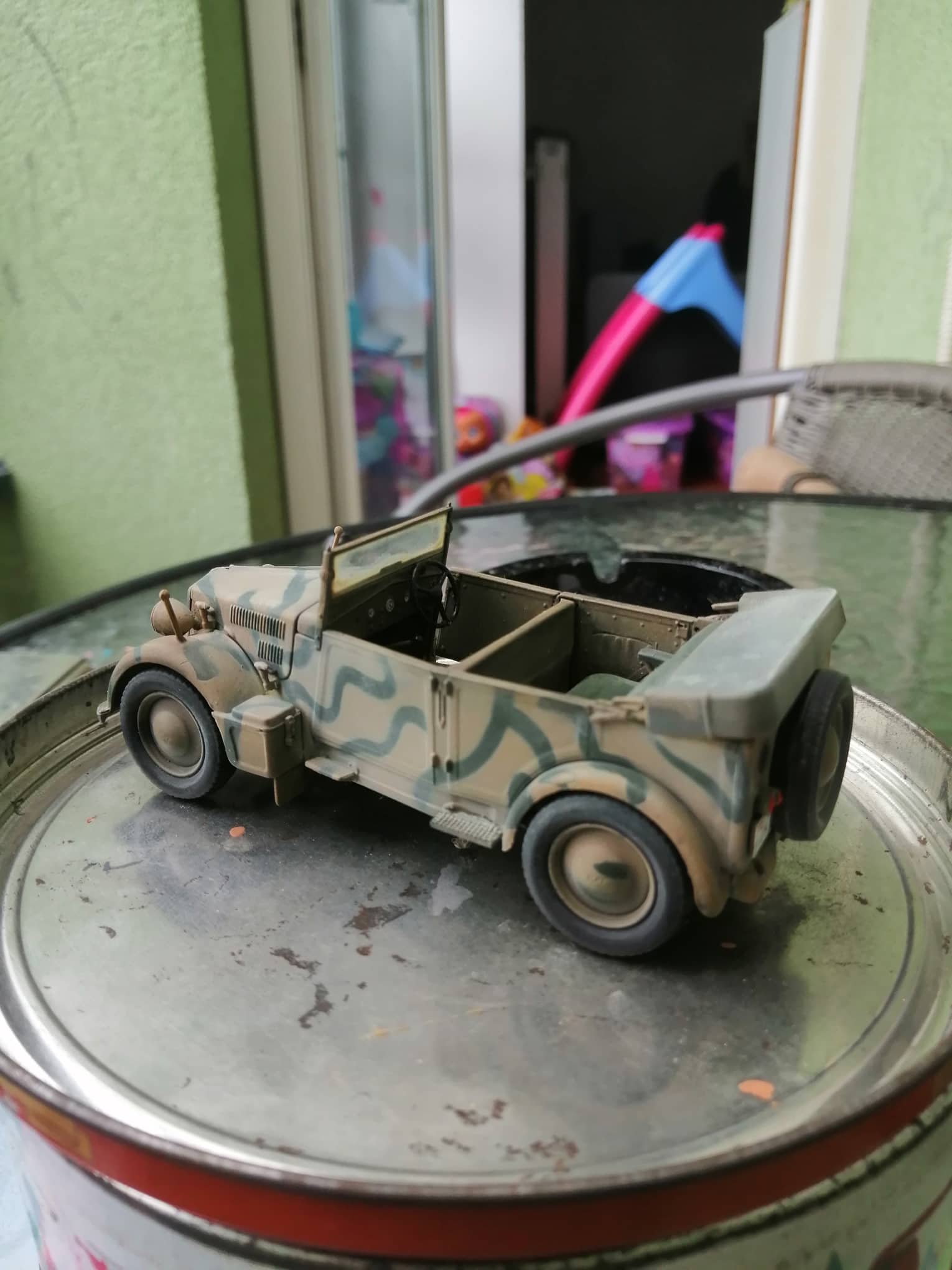 I decided that I wanted to paint a tank differently and came up with this idea to pull it off. In this purely fictional scene, the war has continued into 1946, but finally the evil Nazi empire is taking its last breath. In a desperate attempt to get every possible vehicle to the front line, the last remaining factory has been attaching repaired turrets, in this case an early King Tiger Porsche-built one, to a prototype hull still in its red primer livery. My scene shows the crew enjoying a last drink before the final battle…they know that they won’t be around for a hangover. The kit is of the VK45.02(P) hinten by HobbyBoss. The figures are by Alpine Miniatures. Barbed wire from Eduard Model Accessories. Anti tank obstacles from Tamiya. Metal tracks by R-Model, hull interior was scratch built.