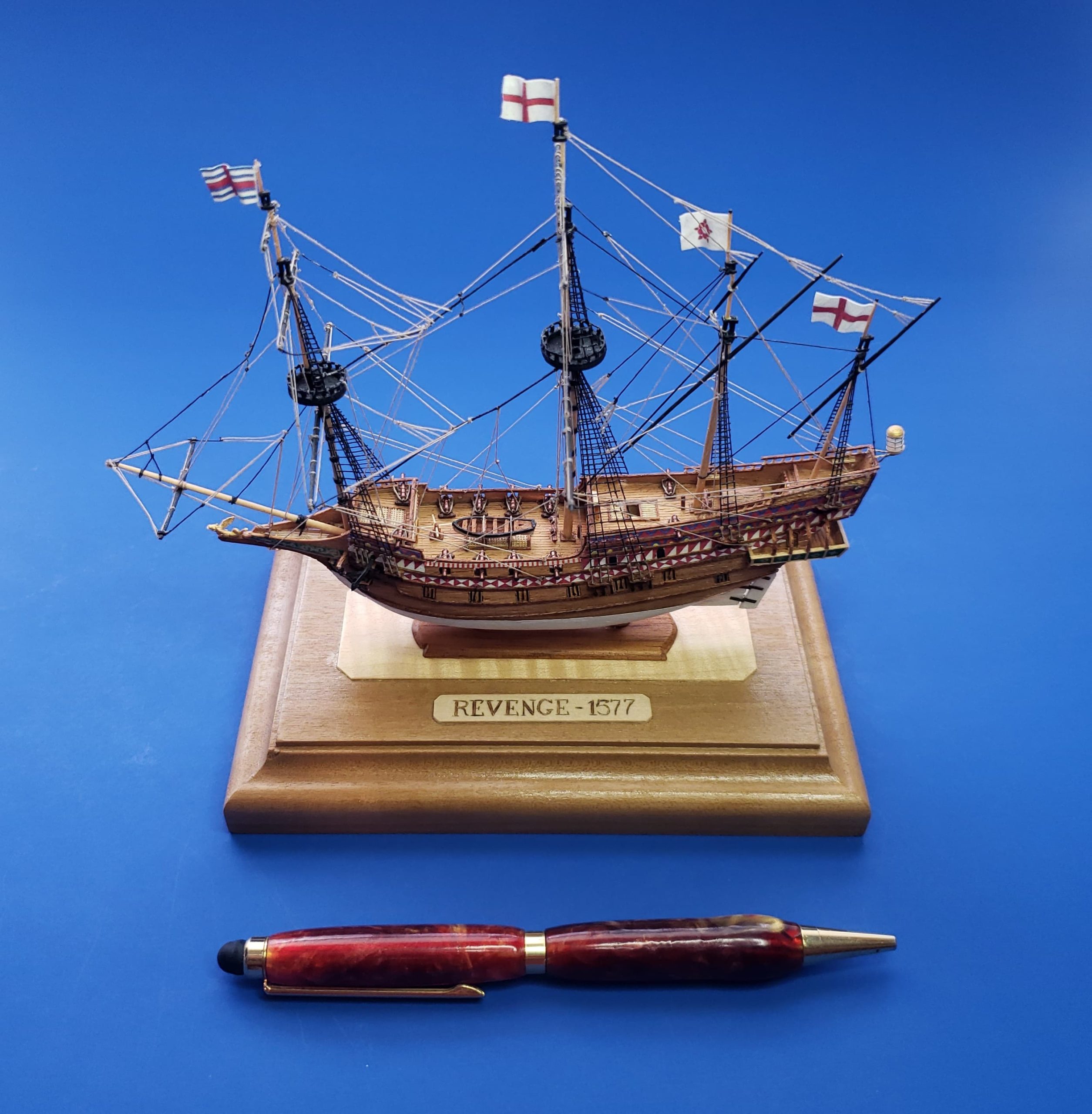 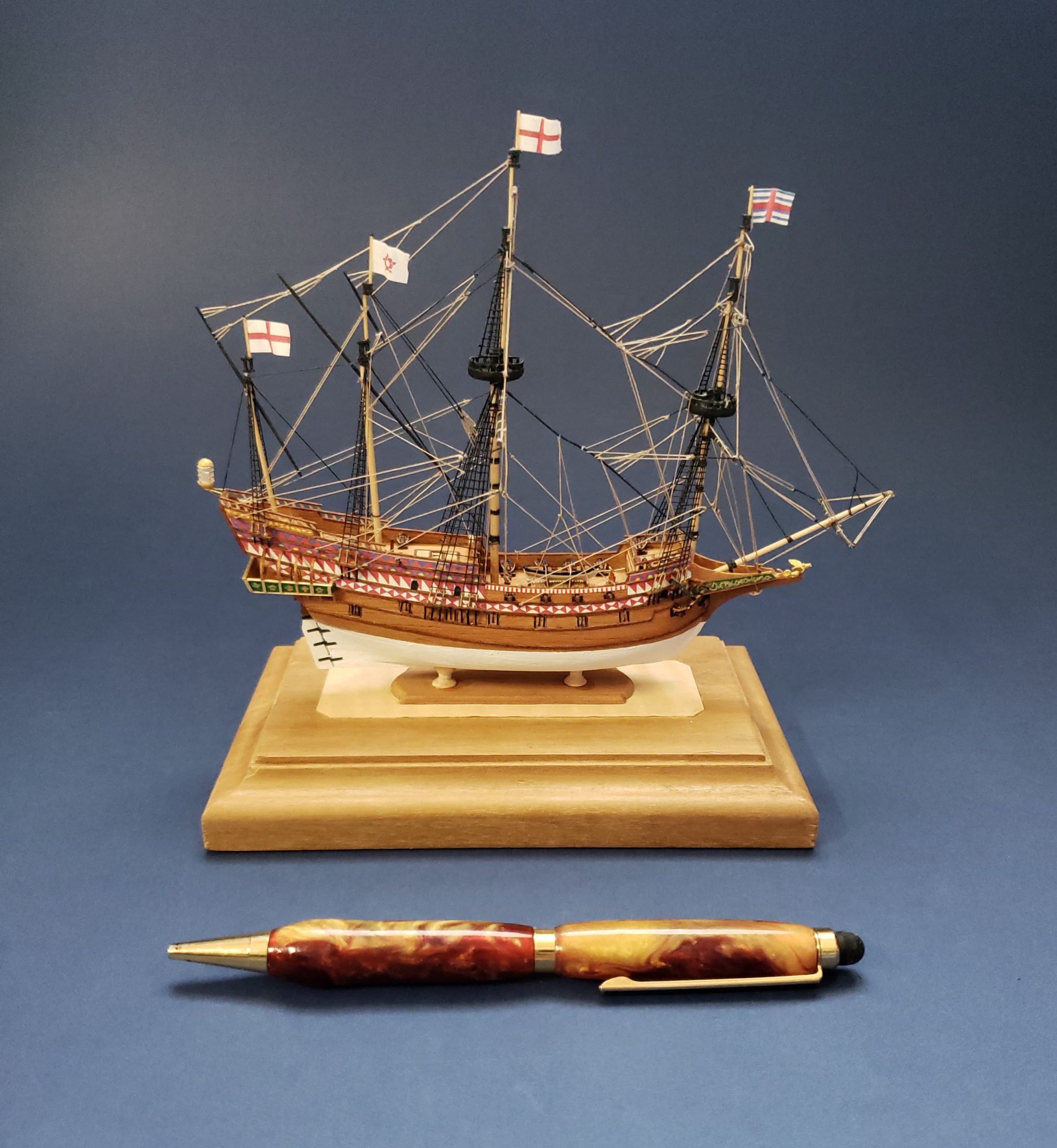 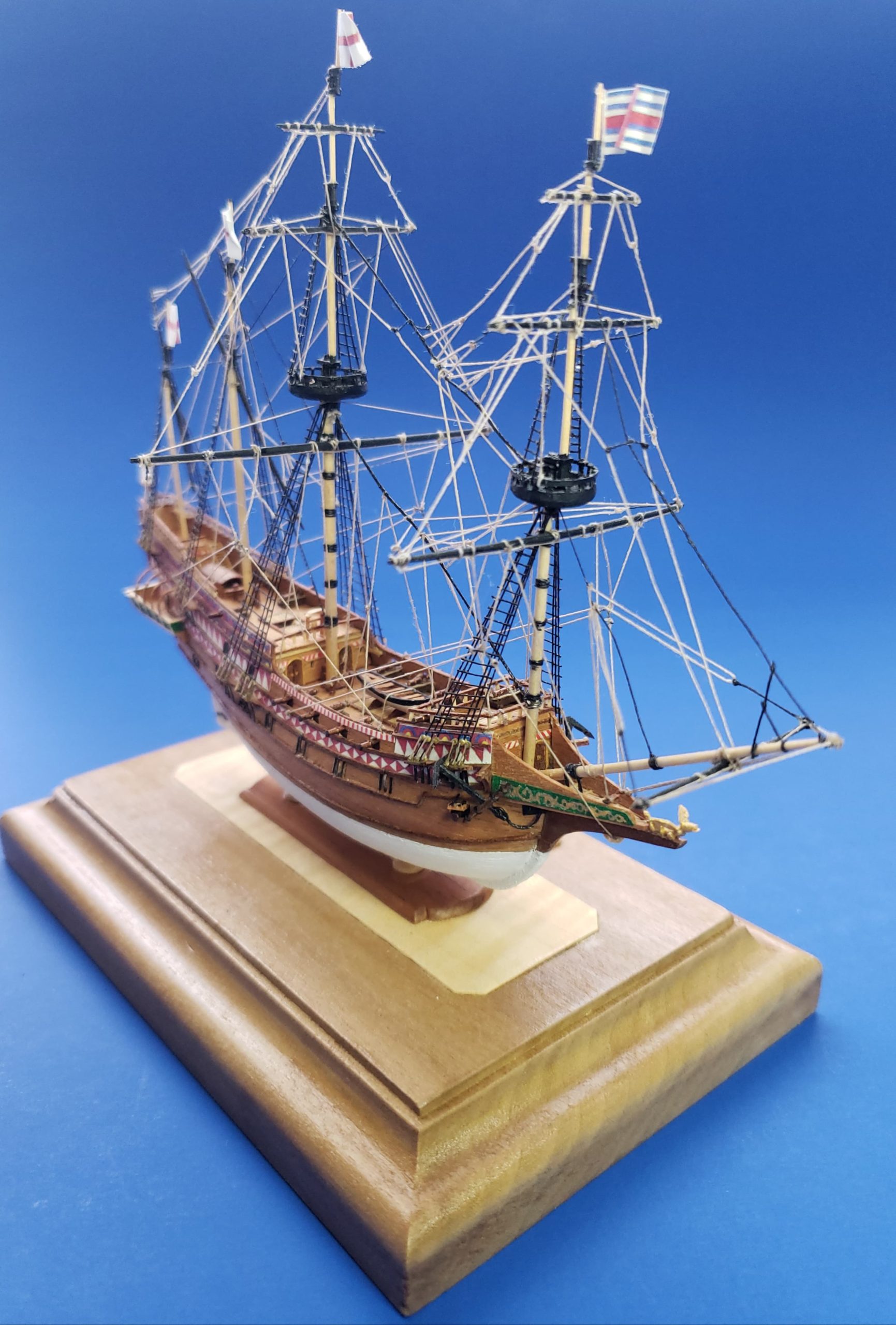 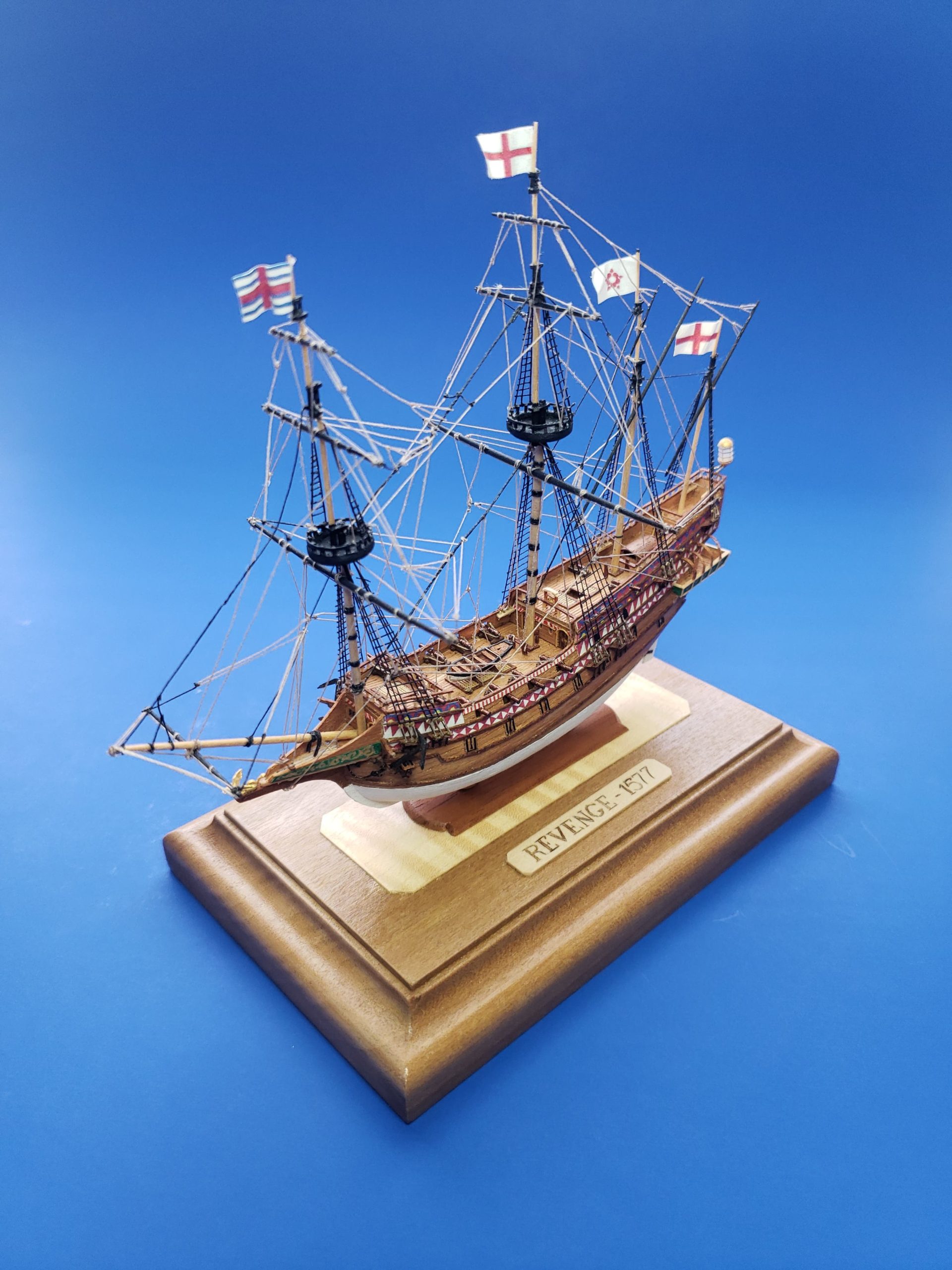 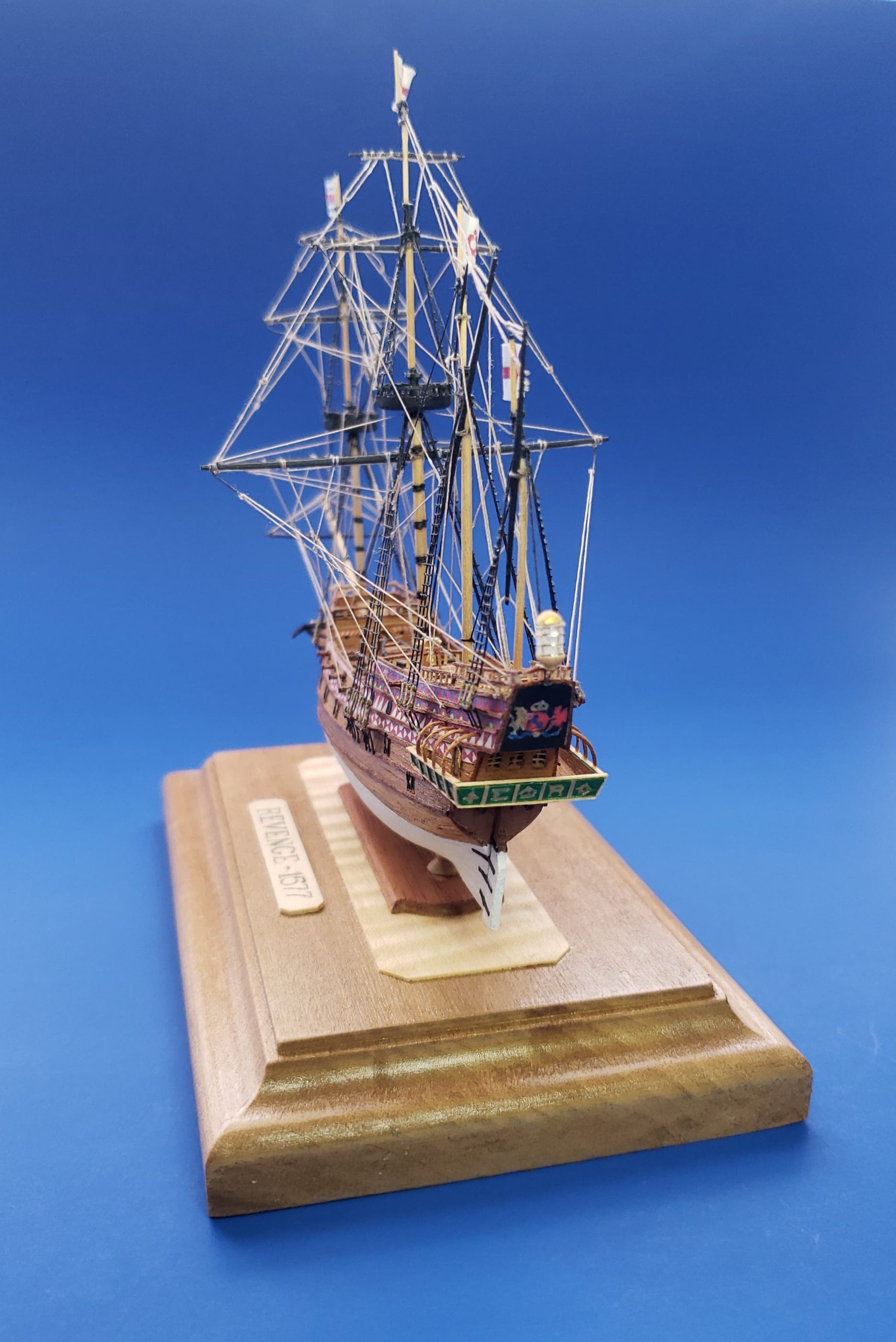 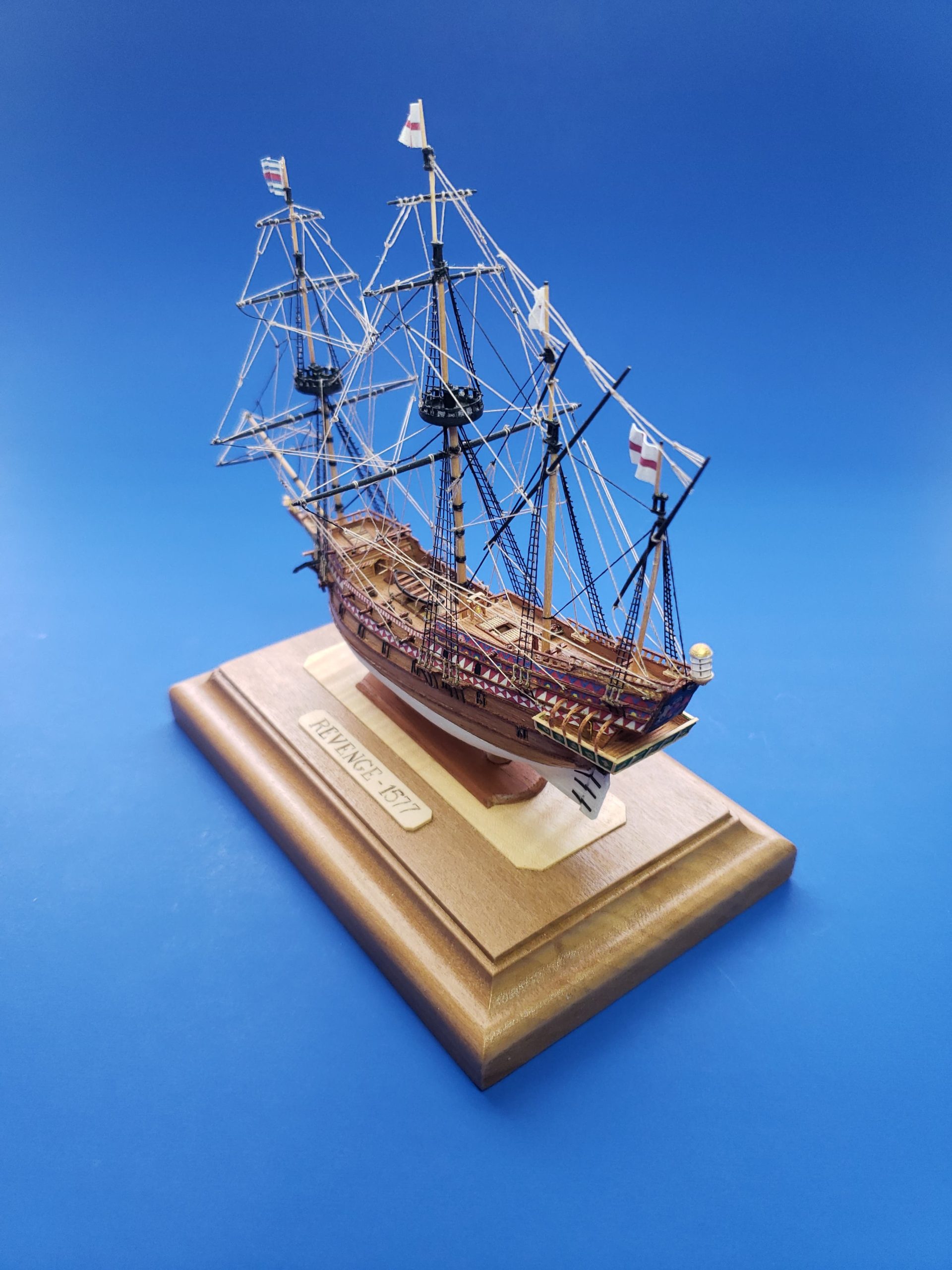 Revenge was an English race-built galleon, built in 1577 and captured by the Spanish in 1591, sinking soon afterwards. It was considered one of the best galleons of its time, and it was the flag ship of Sir Francis Drake. Under his command participated in several battles. This model, although is based on the 1/350 scale Zvezda kit, was completly built from scratch, and it took about 2 months to complete it. The materials used are cedar wood and bass wood, the rigging is regular very thin thread waxed for best results.