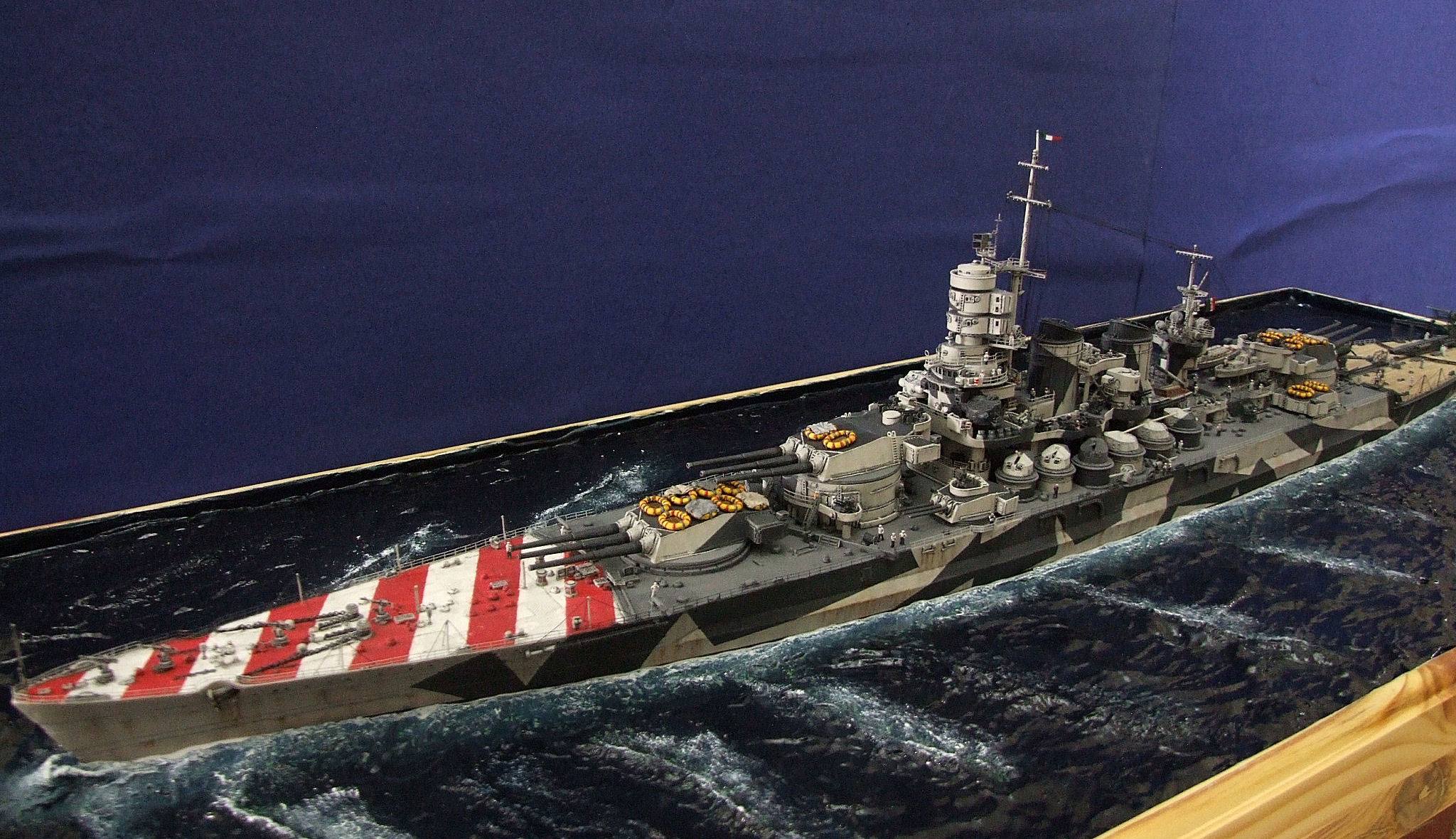 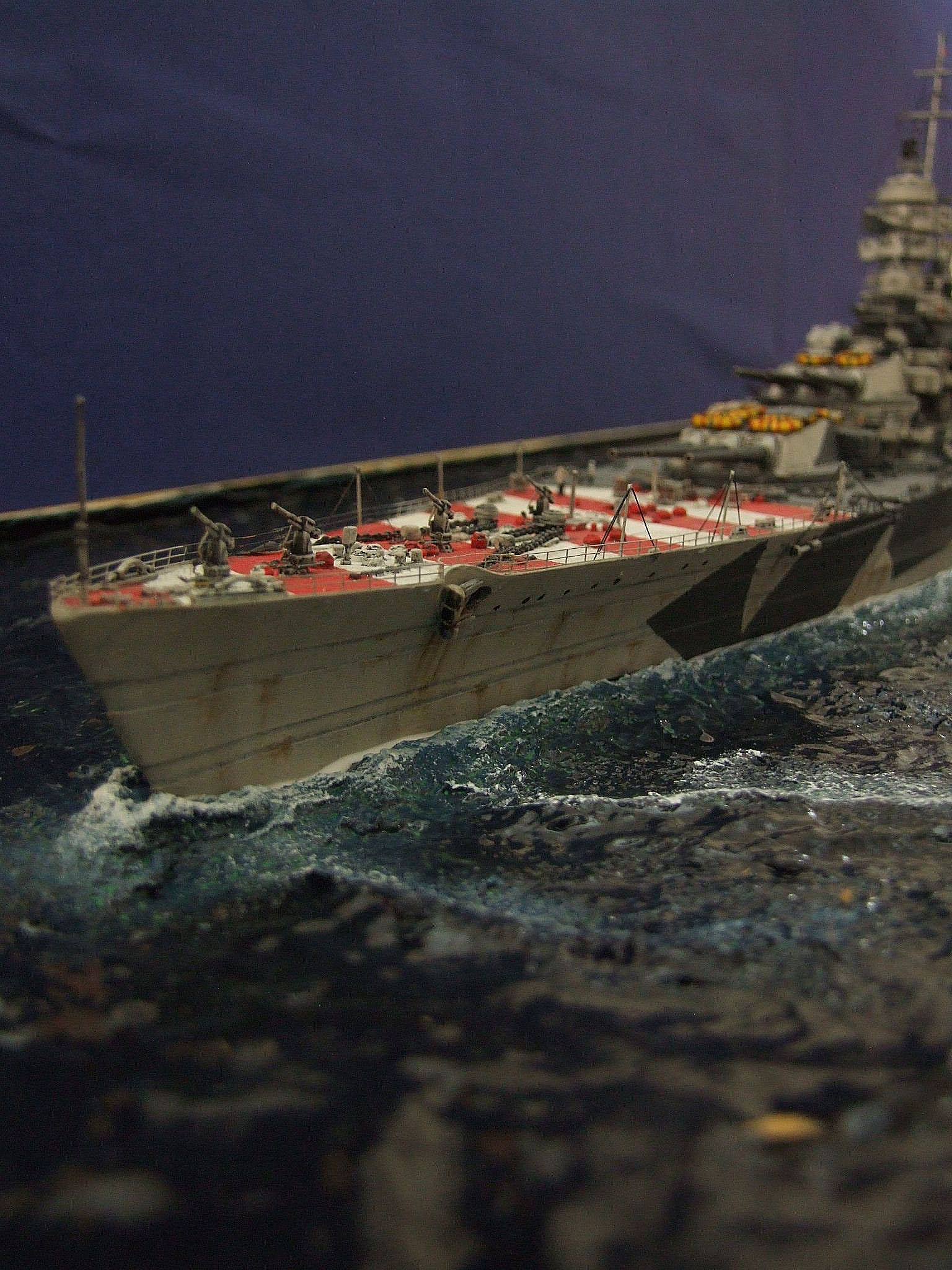 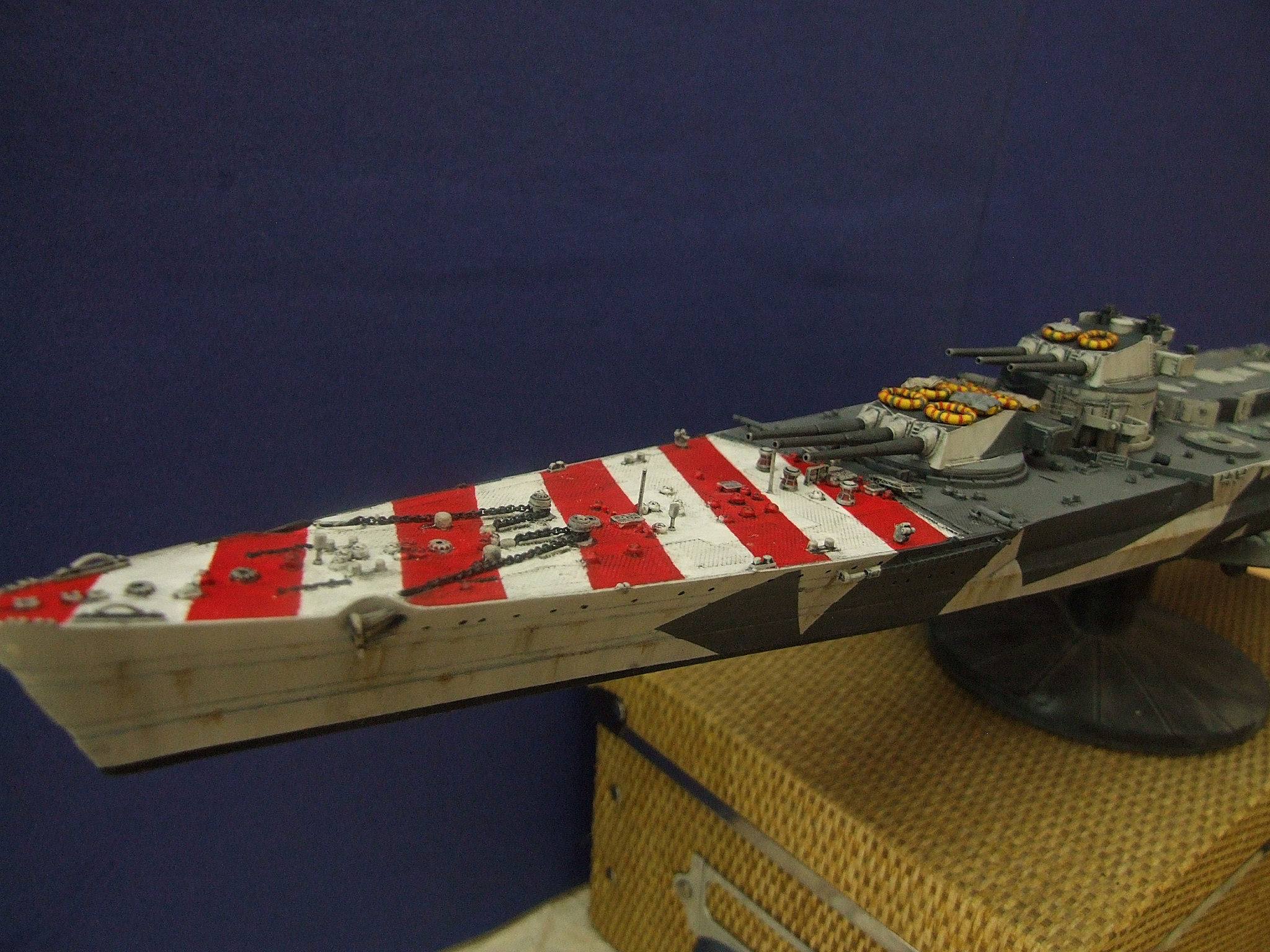 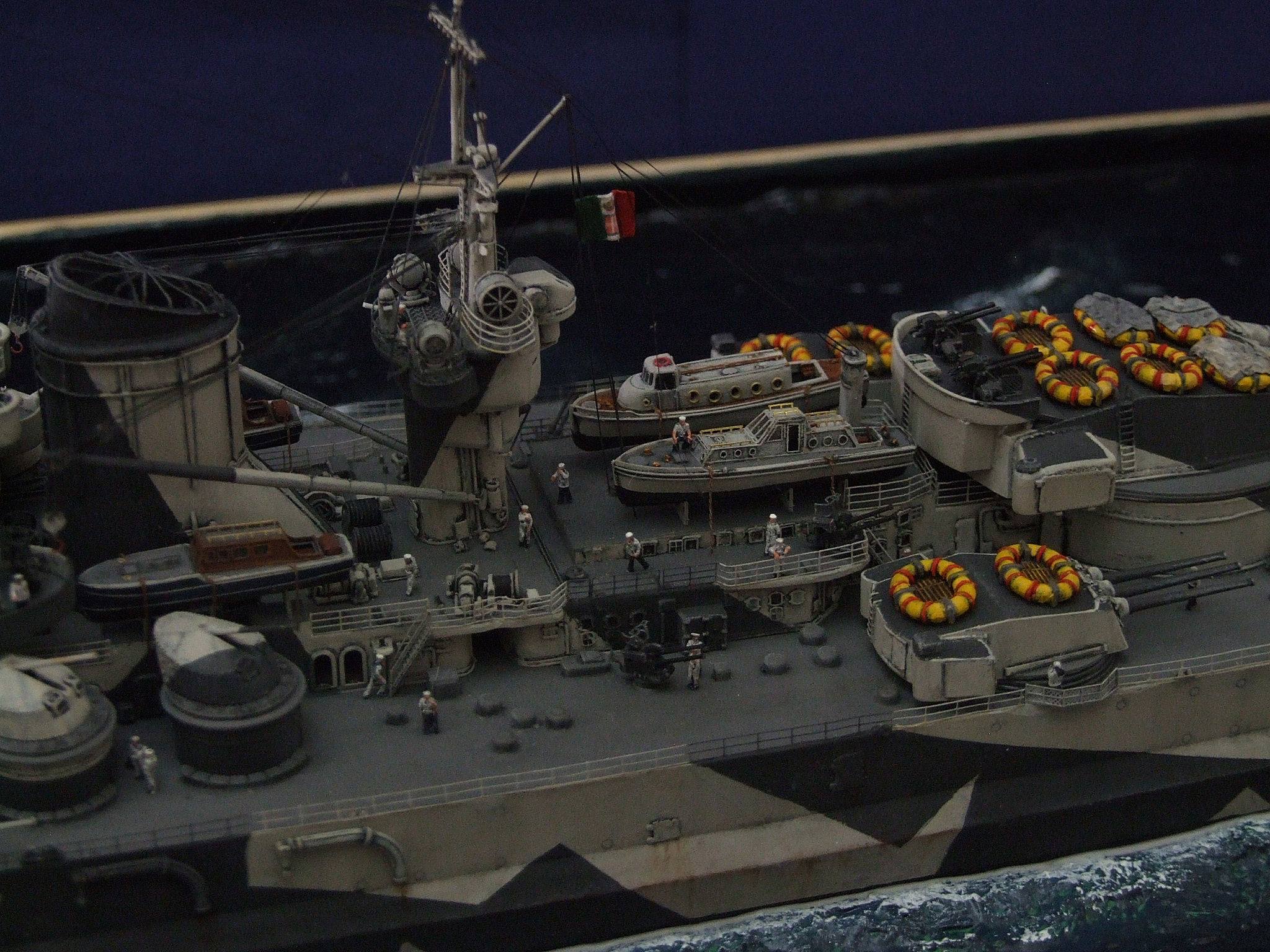 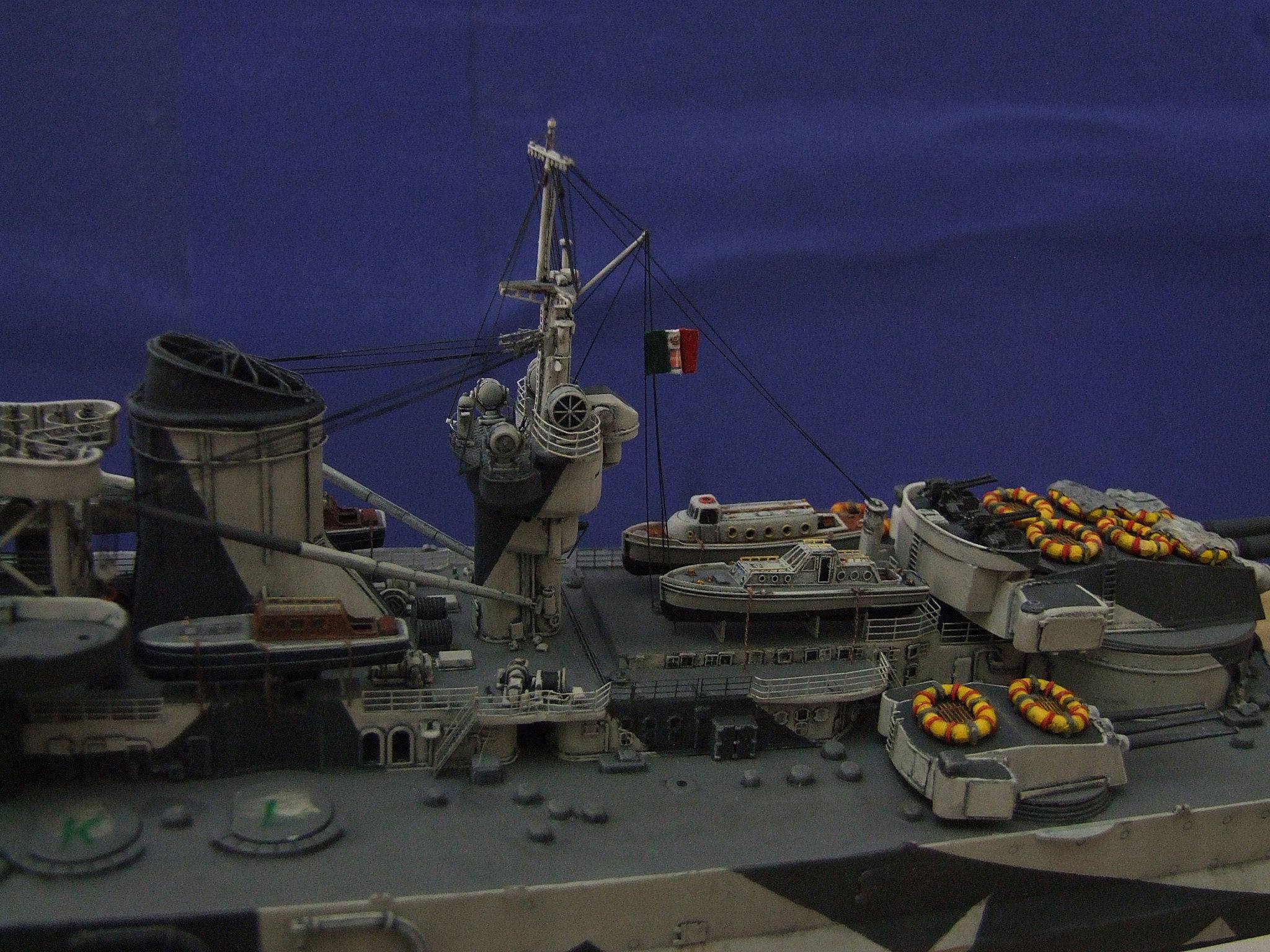 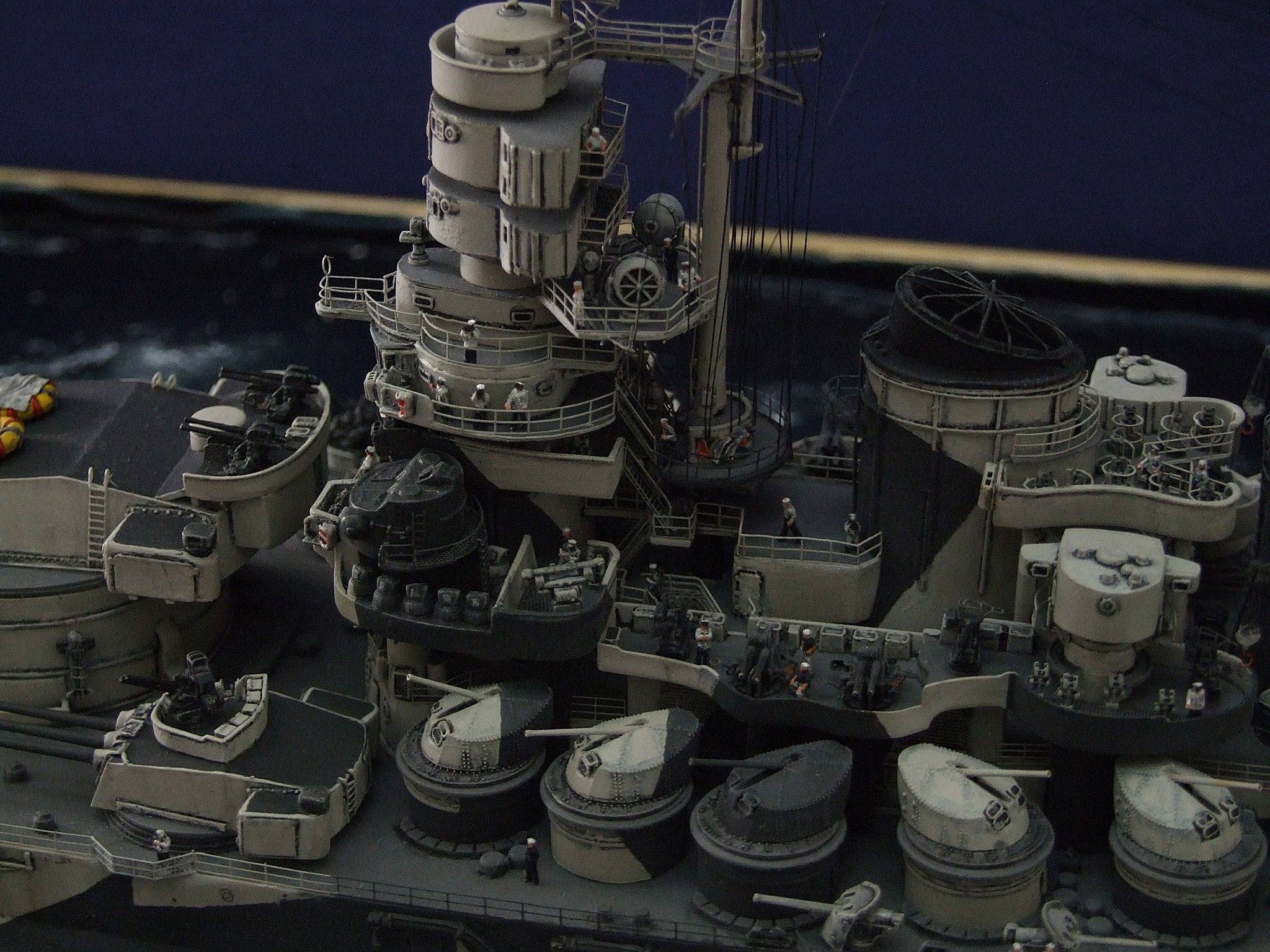 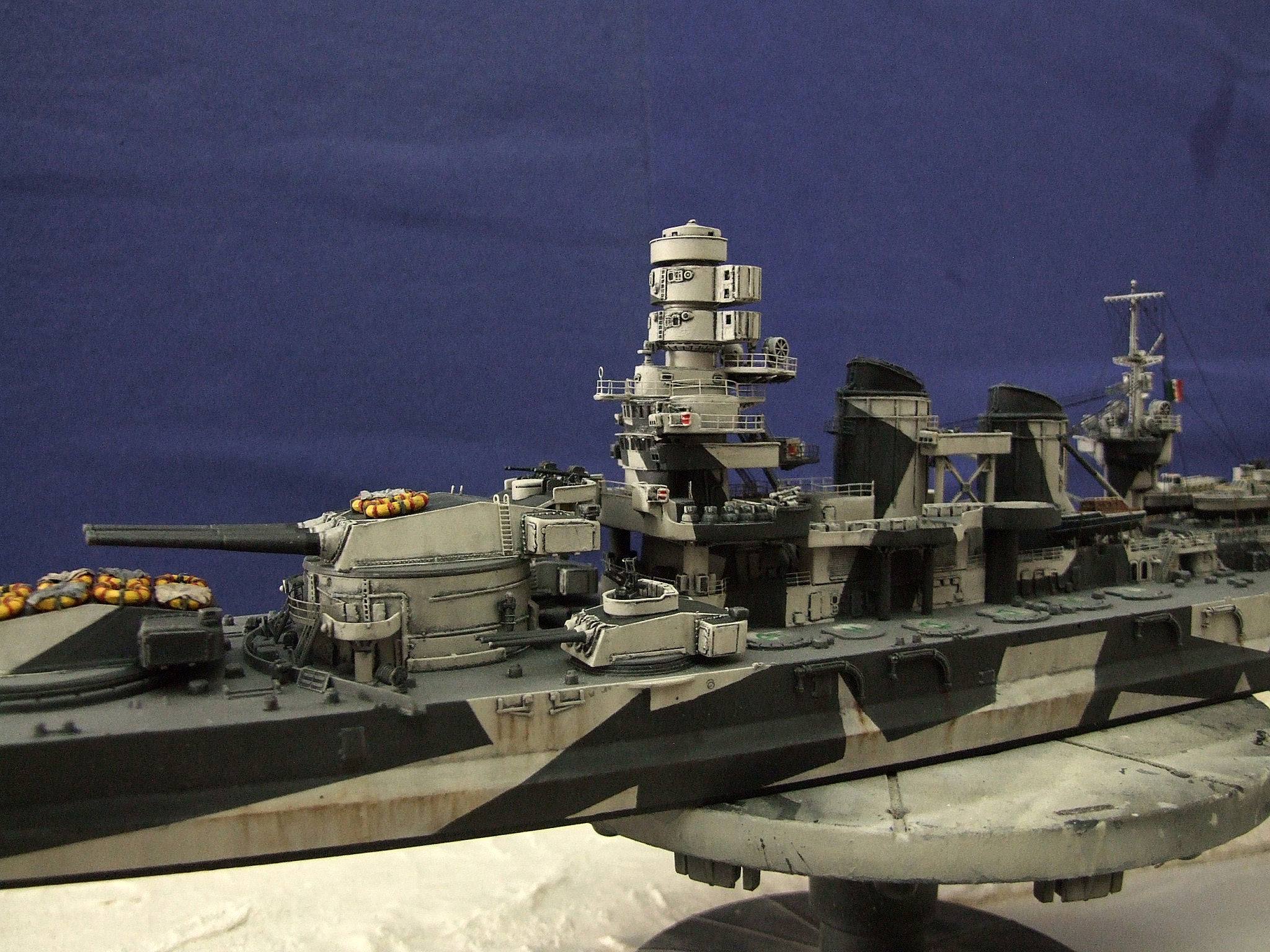 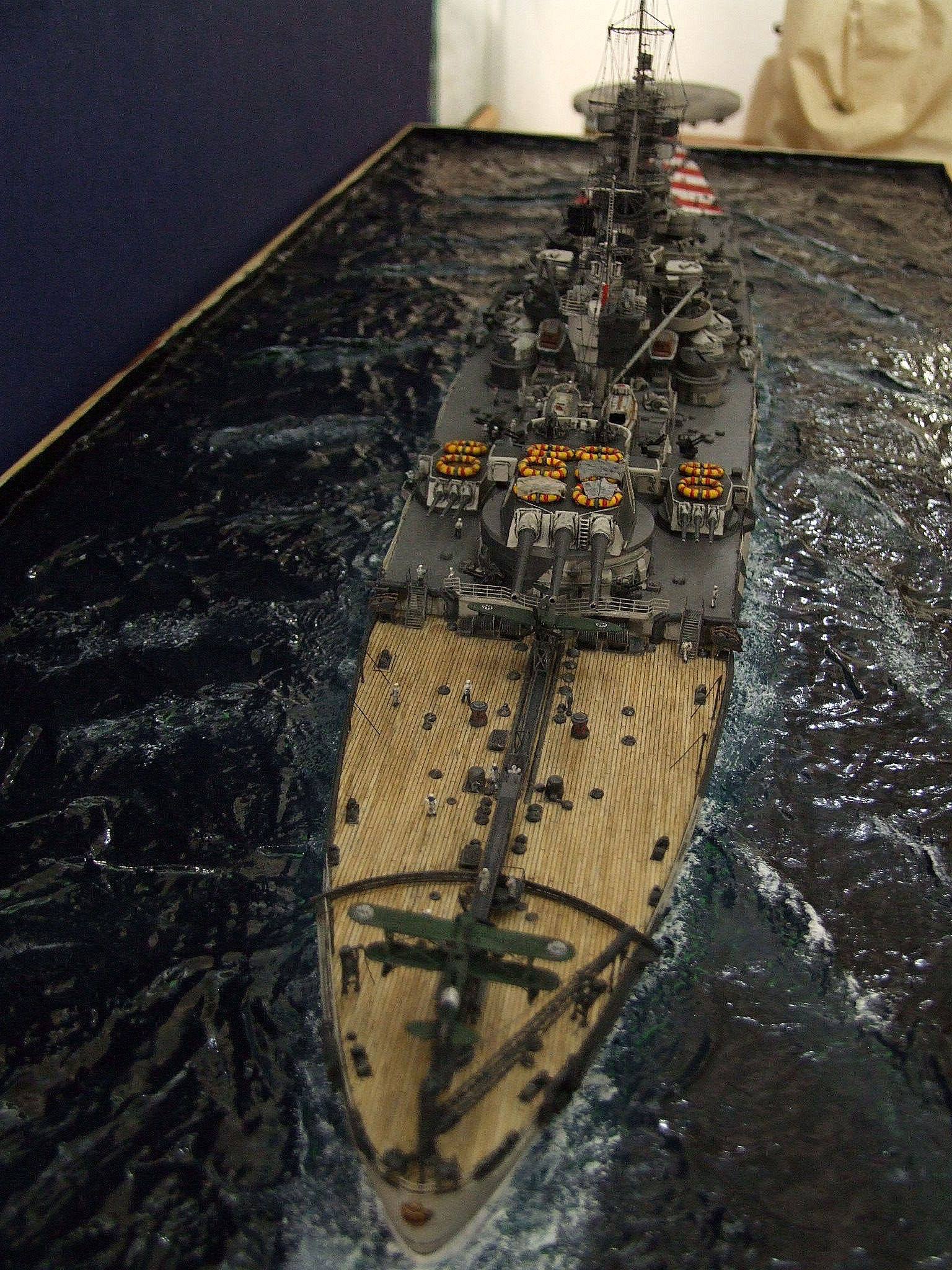 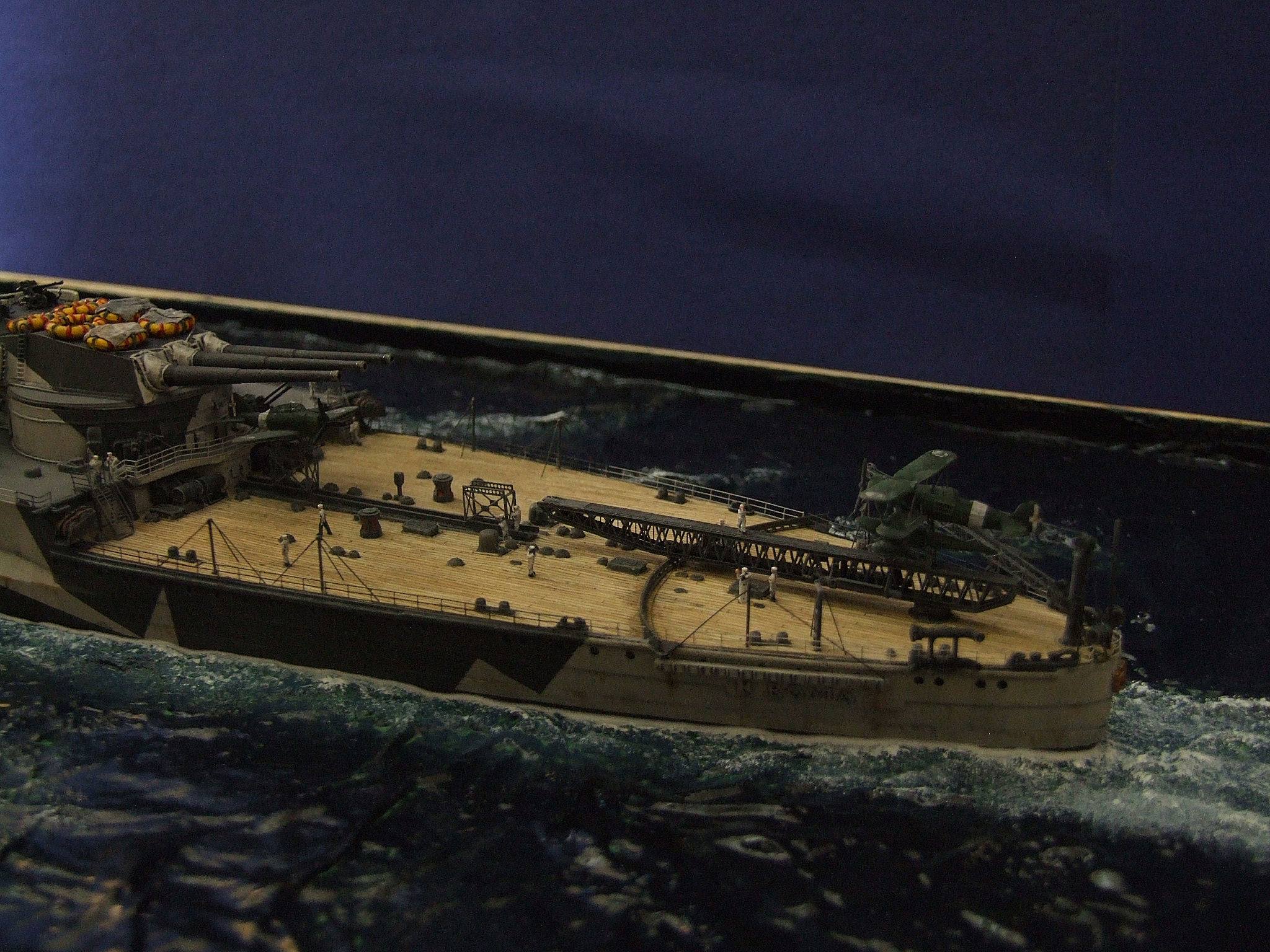 The ship is portrayed after its departure from Genoa , after 3 months of repairs at the straits of Bonifacio where it was sunk by the Axis forces. Important to note the difference of the red and white stripes on the bow of the ship when they were repainted in September 1943 …as well as the cannon barrels. The model is from Trumpeter in 1/350 scale .Additional anti aircraft guns added….Detail to the superstructure added  ….Detail to boating equipment added …detail to Gun Turrets…funnels etc . Flyhawk photo etch detail set used…Figures came from a mix from L-arsenal and Northstar. Seascape sculpted using paper mache and common household plaster . I must also mention and thank Mr Giampiero Galeotti from Italy for his assistance and research provided to finish this model as accurate as possible.