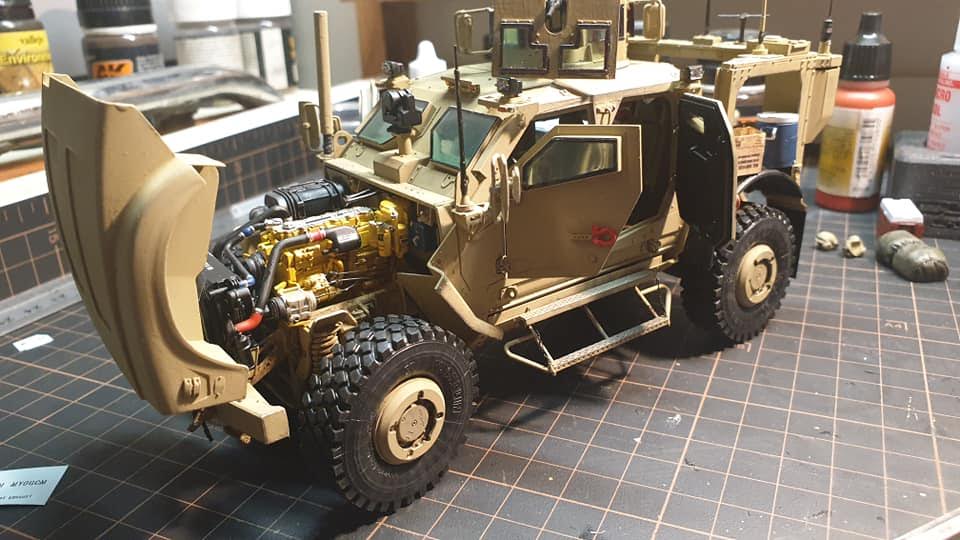 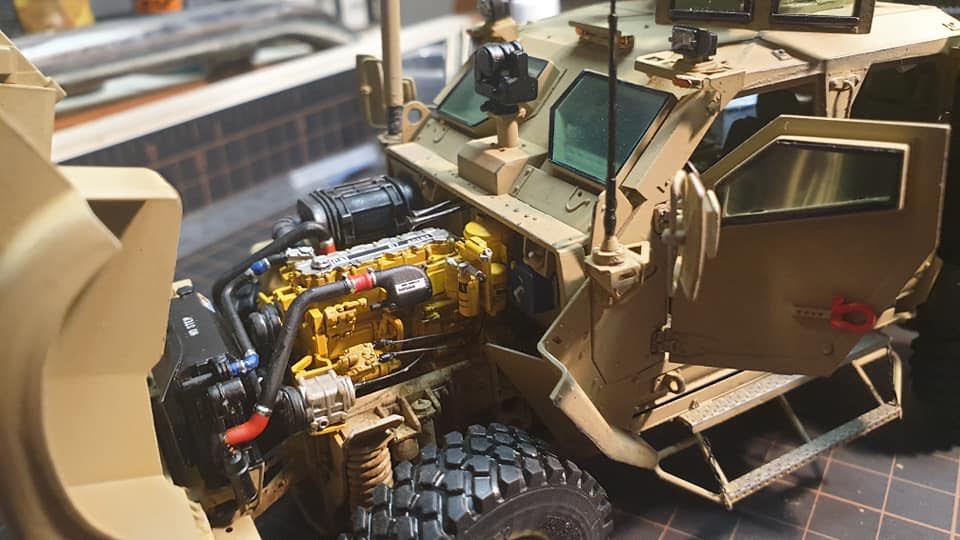 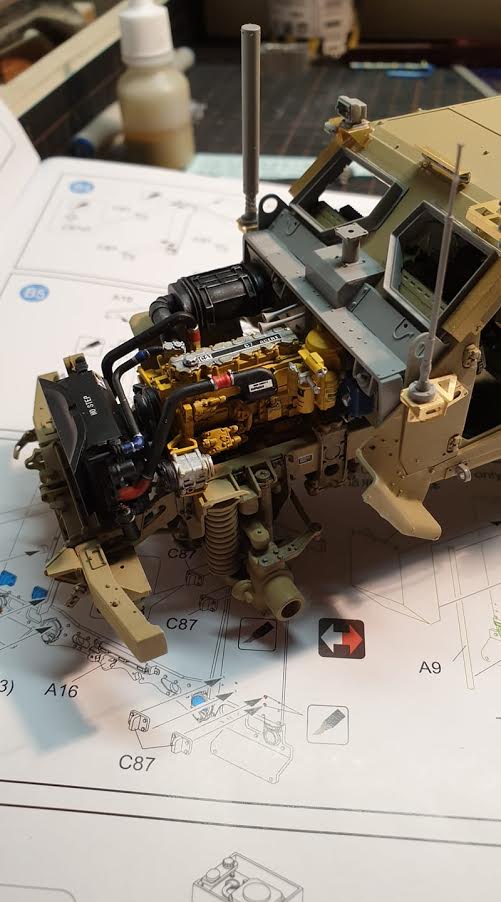 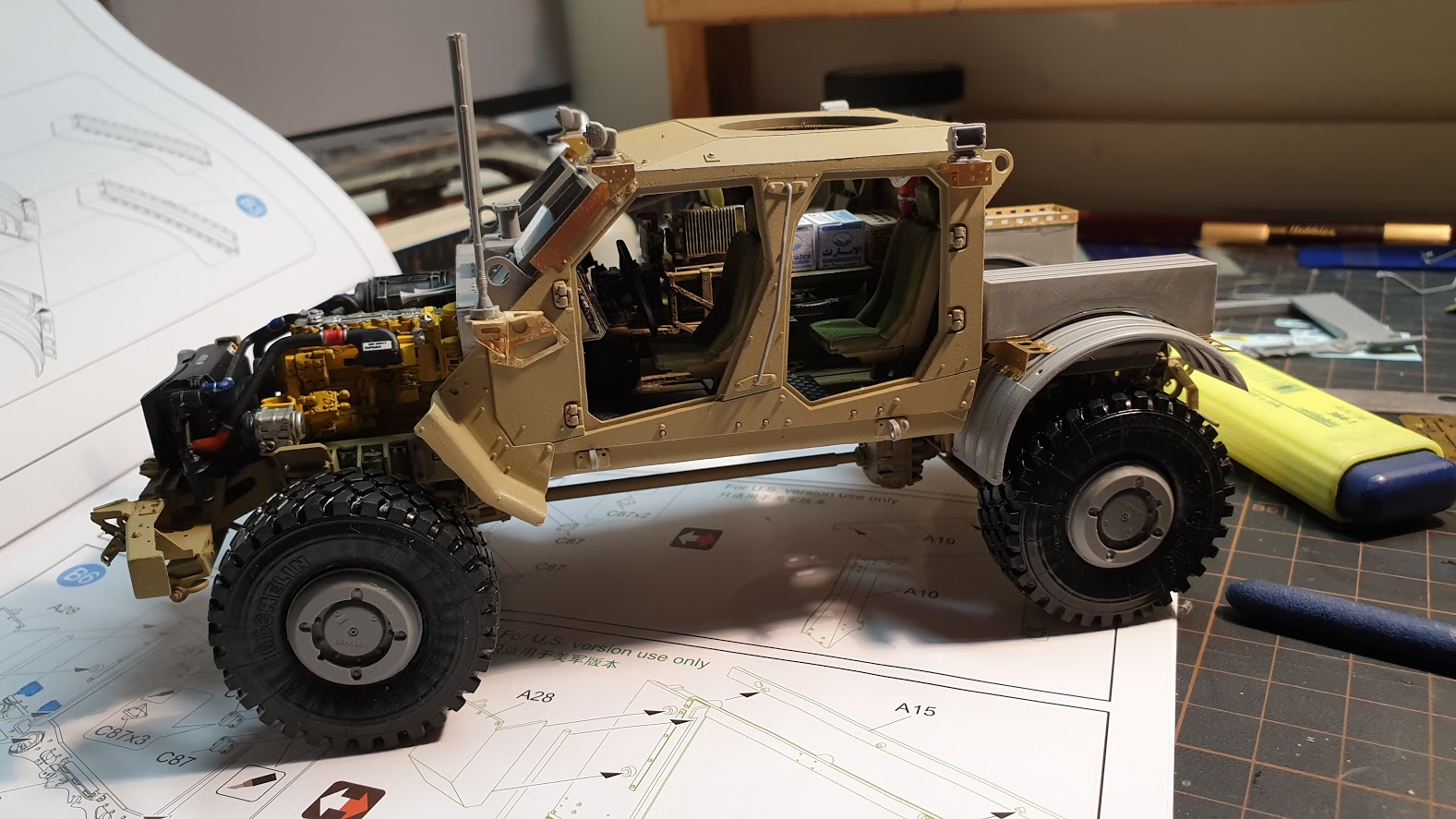 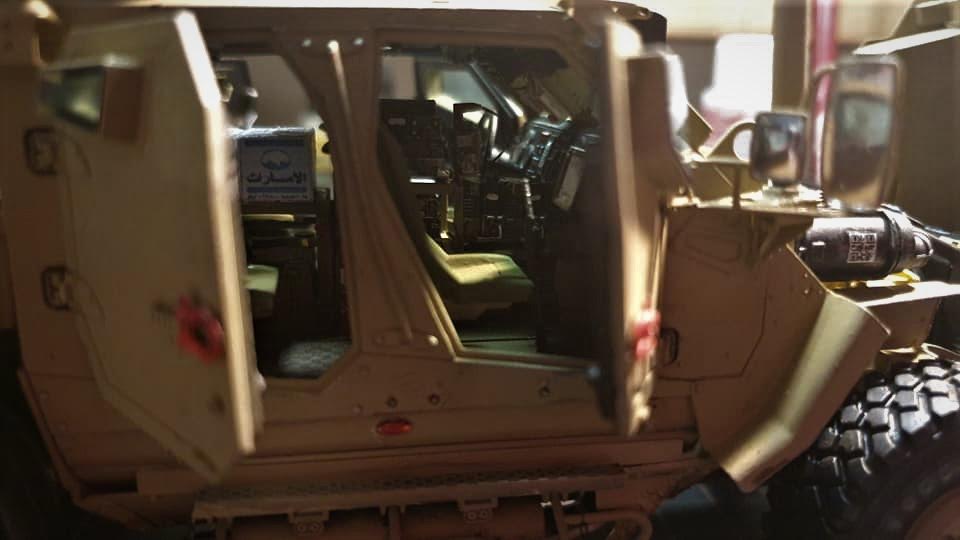 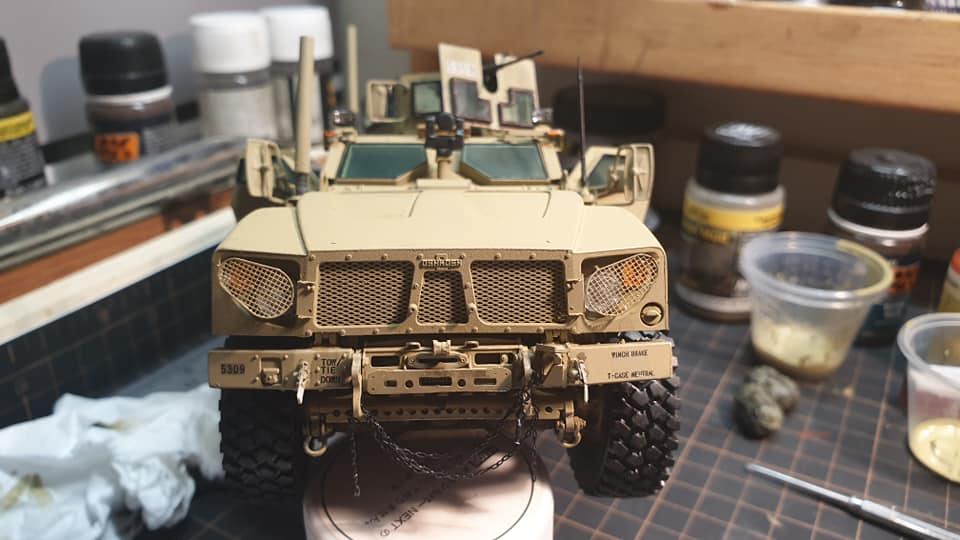 The Oshkosh M-ATV is a Mine Resistant Ambush Protected vehicle developed by the Oshkosh Corporation. Powered by a 7.2 Litre inline Caterpillar C7 engine, with an Operational range of 320miles (510km)

I decided to model the USA version of the model, but you can also do a Polish version if you wish as decals are included in the kit.

The kit, I purchased from a local hobby shop in Canberra Australia (Toy World Canberra) as a project to do as a break from my normal modelling of cars and bikes. The Model was built out of the box with the only extra being the Rye Field Radio set, as the radios are not included in the main model and look strange if not added.

Testors Insignia yellow as it is a close match to CAT yellow.

Tamiya’s LP range of paints were used throughout due to their rapid drying time, and good choice of colours.

Weathering was kept quite simple. Using a range of AK Interactive and Vallejio products

The model was built is small sub-assemblies as this is the method I am used to with building cars and bikes, I also find this a much easier way to paint items and then bring them together. The instructions were followed pretty much as seen in the instructions, with careful attention placed on when to paint items so as to be able to move onto and complete the next stage.

Painting, primers used were straight from the Mr Hobby cans. All other colours were sprayed with my Iwata airbrush, using a 0.35mm needle setup at around 25psi. Some detail painting was done with a small OO size paint brush. Once areas of paint were dry (Lacquer and Enamel) a light wash of Games workshop Null Black was applied to bring out the detail,

I used this as it does not attack the base colour paint. I also like to use a graphite pencil, a 2B works well, using the blade of my knife scrapping small shavings onto paper then using your finger to lightly rub over raised details to mimic the look of bare shiny metal.

The kit wound up taking me about three weeks to build. A vignette will now be made to display the model, hence the reason for not weathering the tyres yet as I do not know the colour of the ground for the base yet.

In conclusion Rye Field make a great kit, with really no need for any extras, such photo etch as this is included in the model. The only extra I would suggest is the Rye Field Radio set as the main kit does not come with the radios.