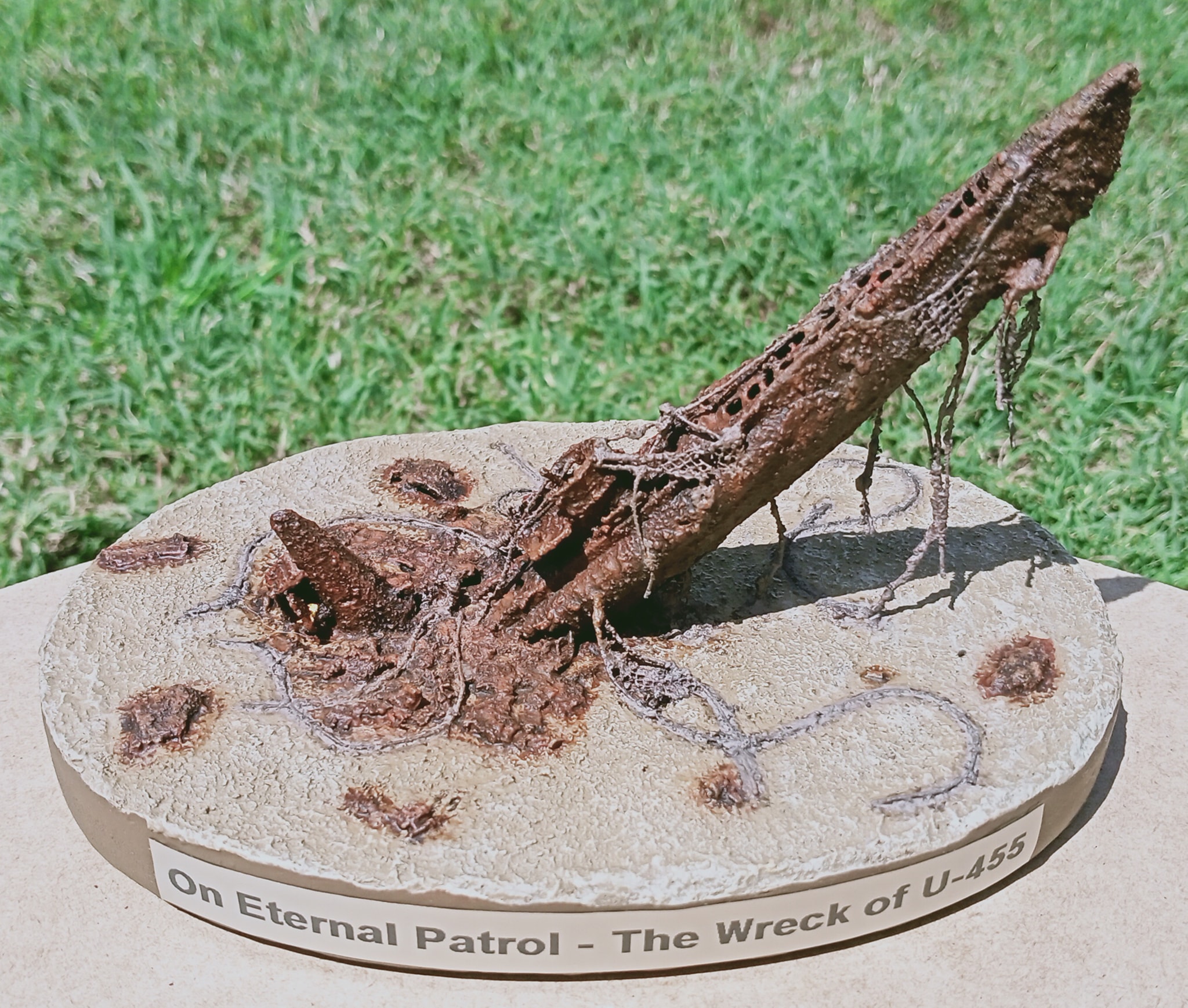 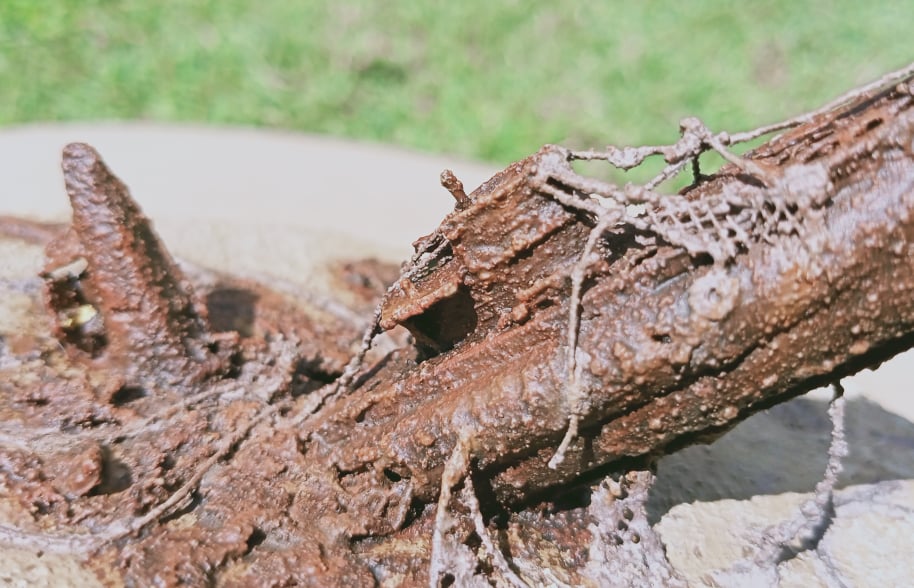 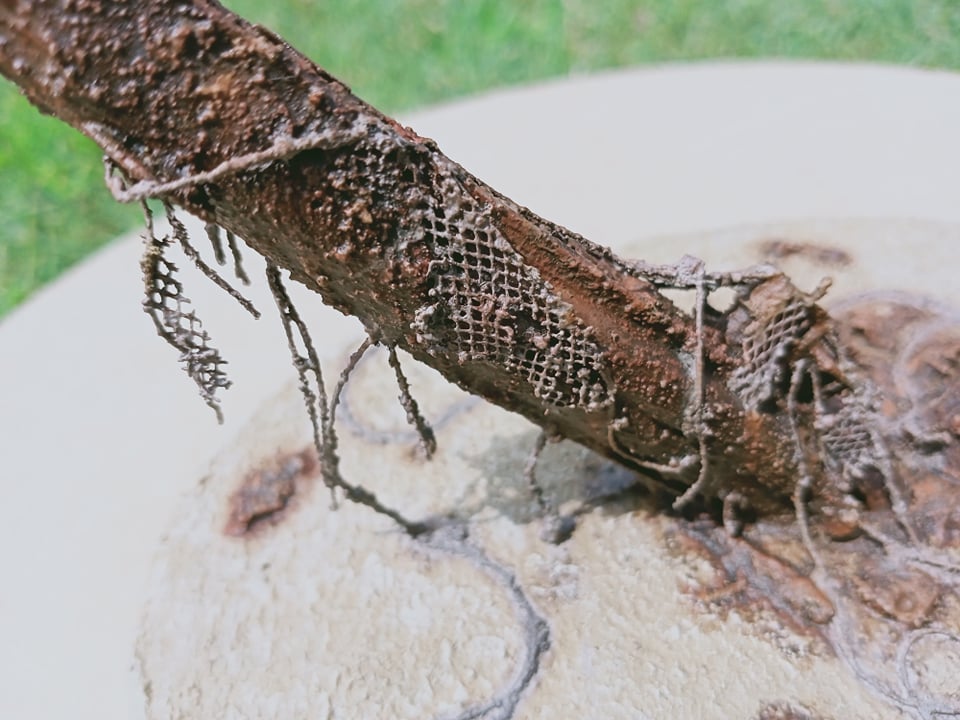 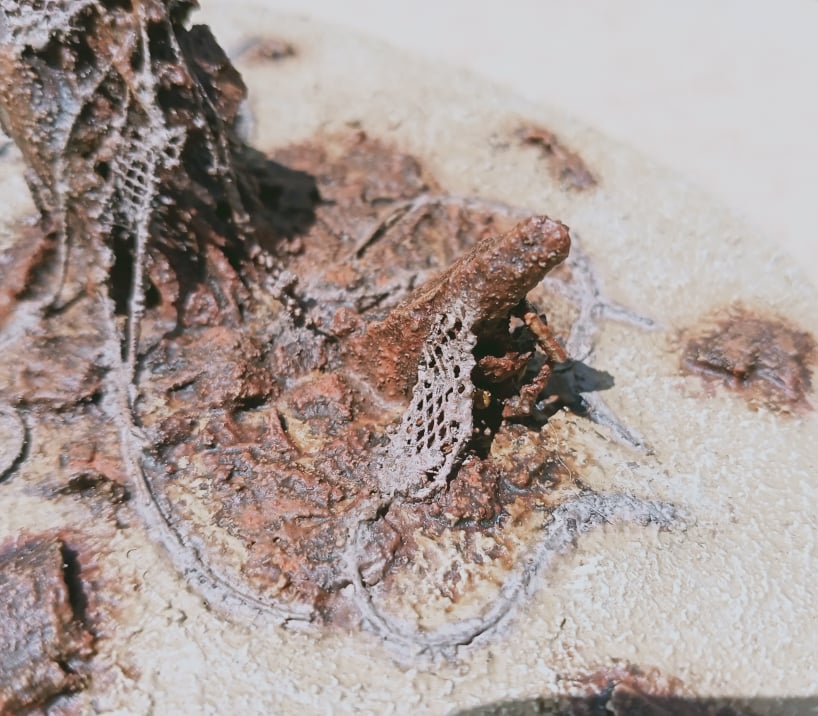 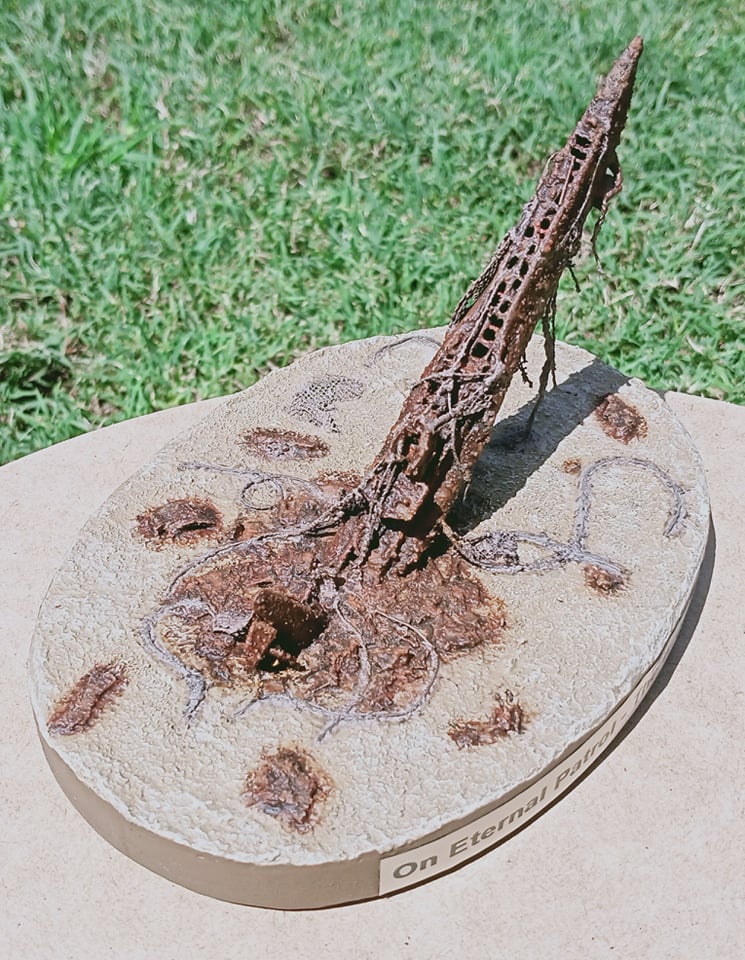 This 1/350 diorama shows the remains of the German Type VII-C submarine U-455 which as part of the the 7th U-Boat Flotilla participated in six wolfpacks across nine patrols and sank three ships. On February 22nd 1944, U-455 began her tenth patrol setting sail from Toulon, France under the command of Kapitänleutnant Hans-Martin Scheibe and, while at sea in March 1944, she was transferred to the 29th Flotilla based out of La Spezia, Italy… she would never reach her new base. Kapitänleutnant Scheibe had not been provided with updated maps by the Kriegsmarine and on April 5th 1944 while submerged at periscope depth 2 miles off the coast of Portofino, Italy, the boat began turn to to her port side and struck a German-laid mine. 33 feet of her hull aft of the conning tower was blown apart and U-455 was lost with all hands. The submarine came to rest upright on the ocean floor at a depth of 390 feet with her bow section protruding from the sandy bottom at a 45º angle, her 52 crew remain entombed within the wreck. This piece took over 30 hours to create across eight days. Built using the Revell 1/350 Type VII-C U-Boat kit as a base.