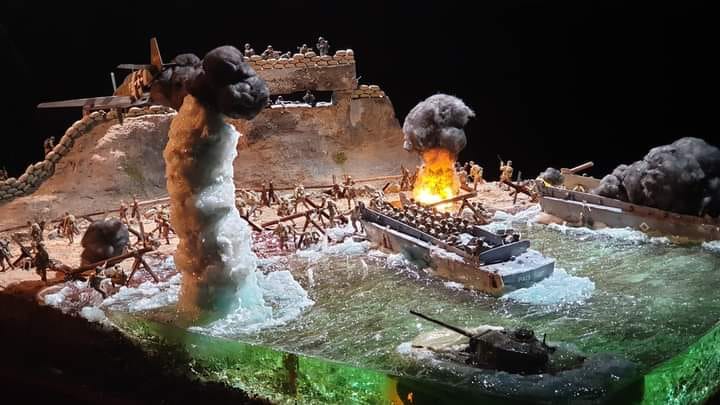 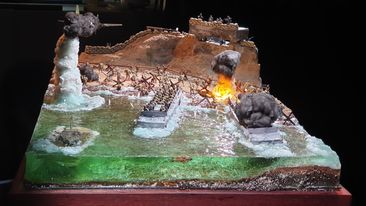 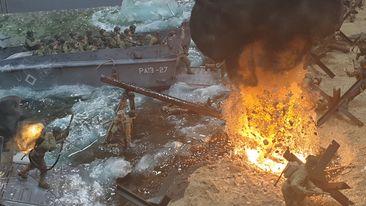 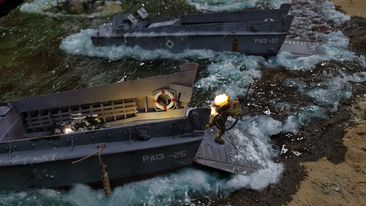 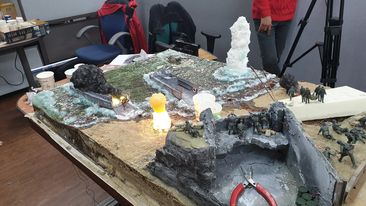 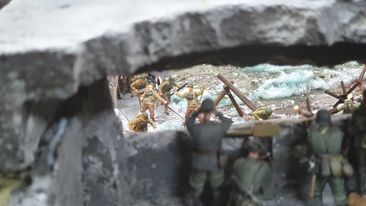 This work is a diorama made with Young-min Jang. Produced for a Korean TV show, we prepared this for three months. We chose Omaha Beach as the background on D-Day, and we referred to the movie Saving Private Ryan a lot. It is a significant diorama, about 150 * 80cm wide. The land and figures were produced by Jang, and I was in charge of the sea, flames, and landing craft. However, the actual work was only available for less than two months and could not be completed by the deadline. We had to build more than 150 figures,three landing craft, tank, and aircraft each one in that period. It was too little time to make these. So I made it in a hurry, so there are many things that I regret.Some parts have errors in historical accuracy, and many mistakes have followed due to insufficient time. A huge amount of resin, 22.5kg, was used, and we prayed anxiously that the work might melt due to the heat of the resin’s hardening. Fortunately, nothing that I was worried about with the help of heaven did happen. We will donate this work to the Korean War Museum in the future. If you travel to Korea, you will probably be able to see our work in the War Museum.