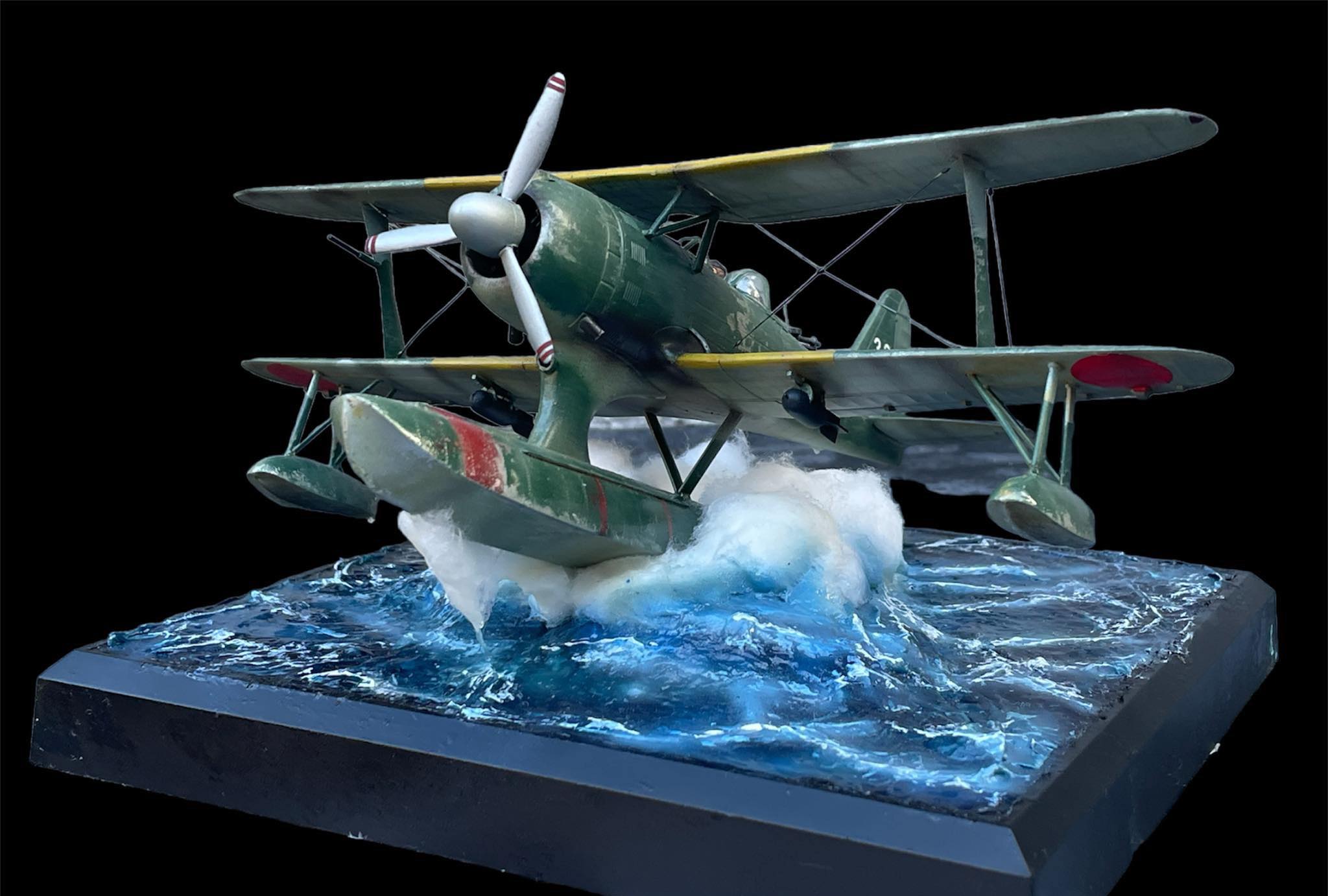 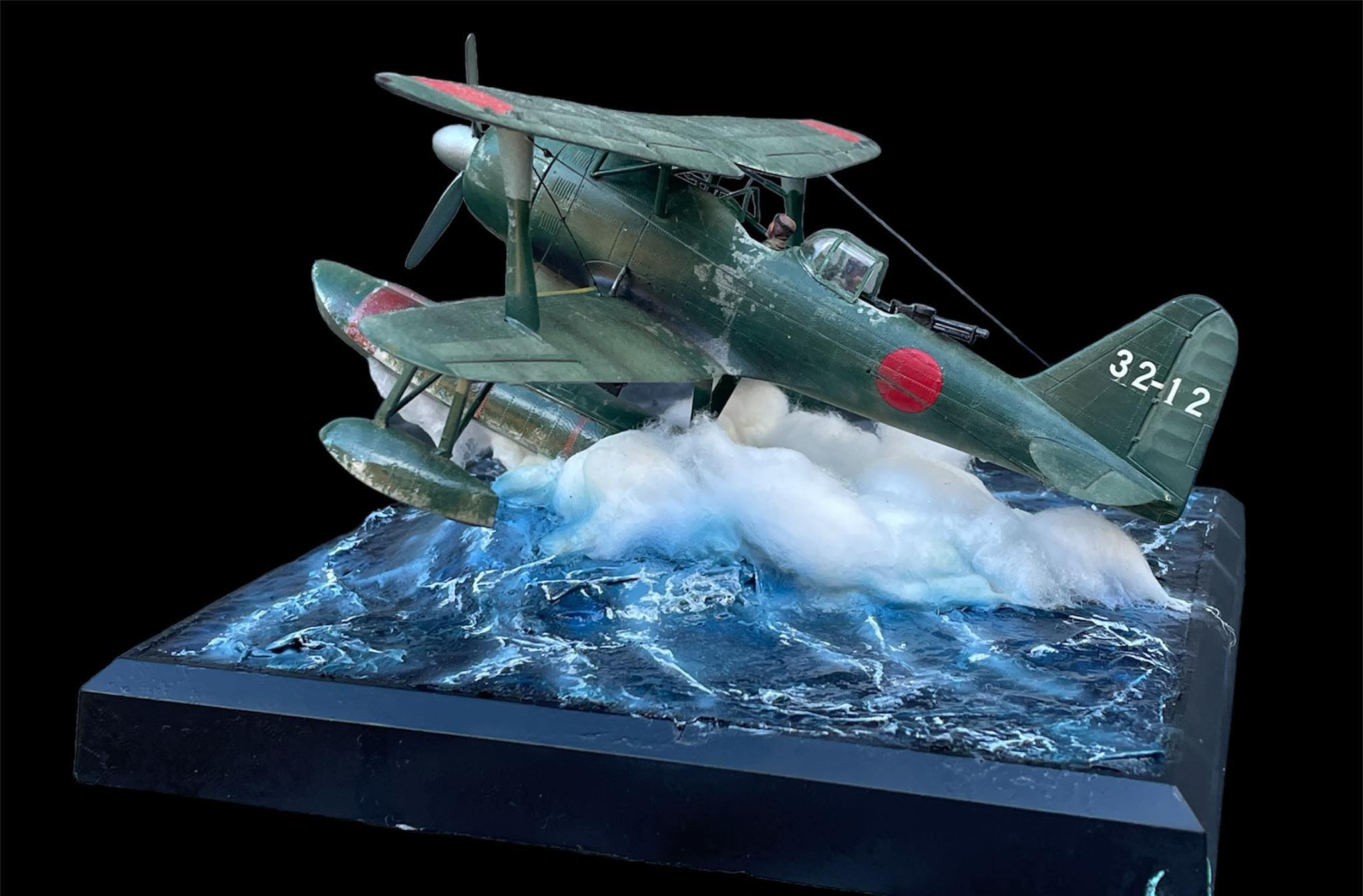 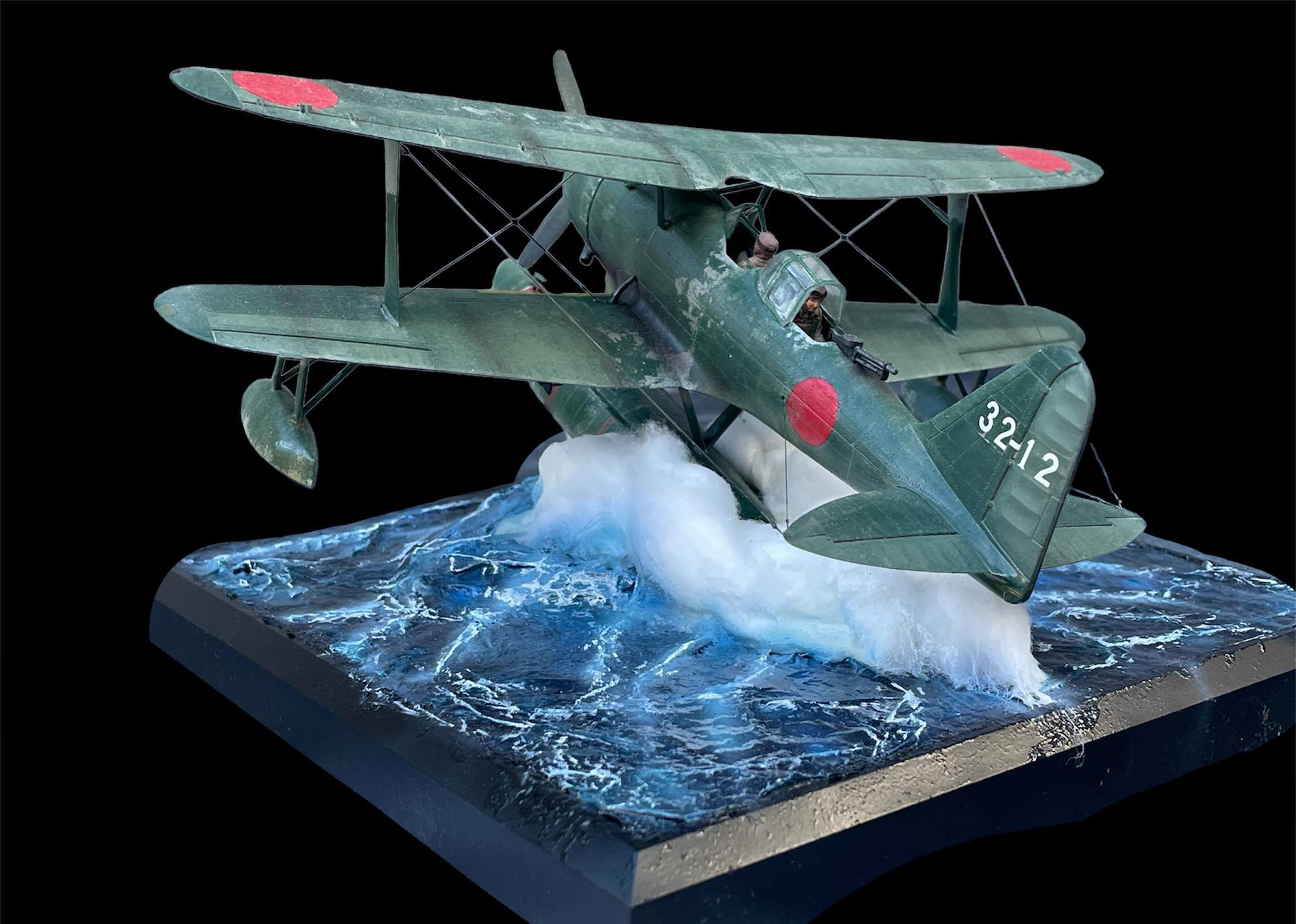 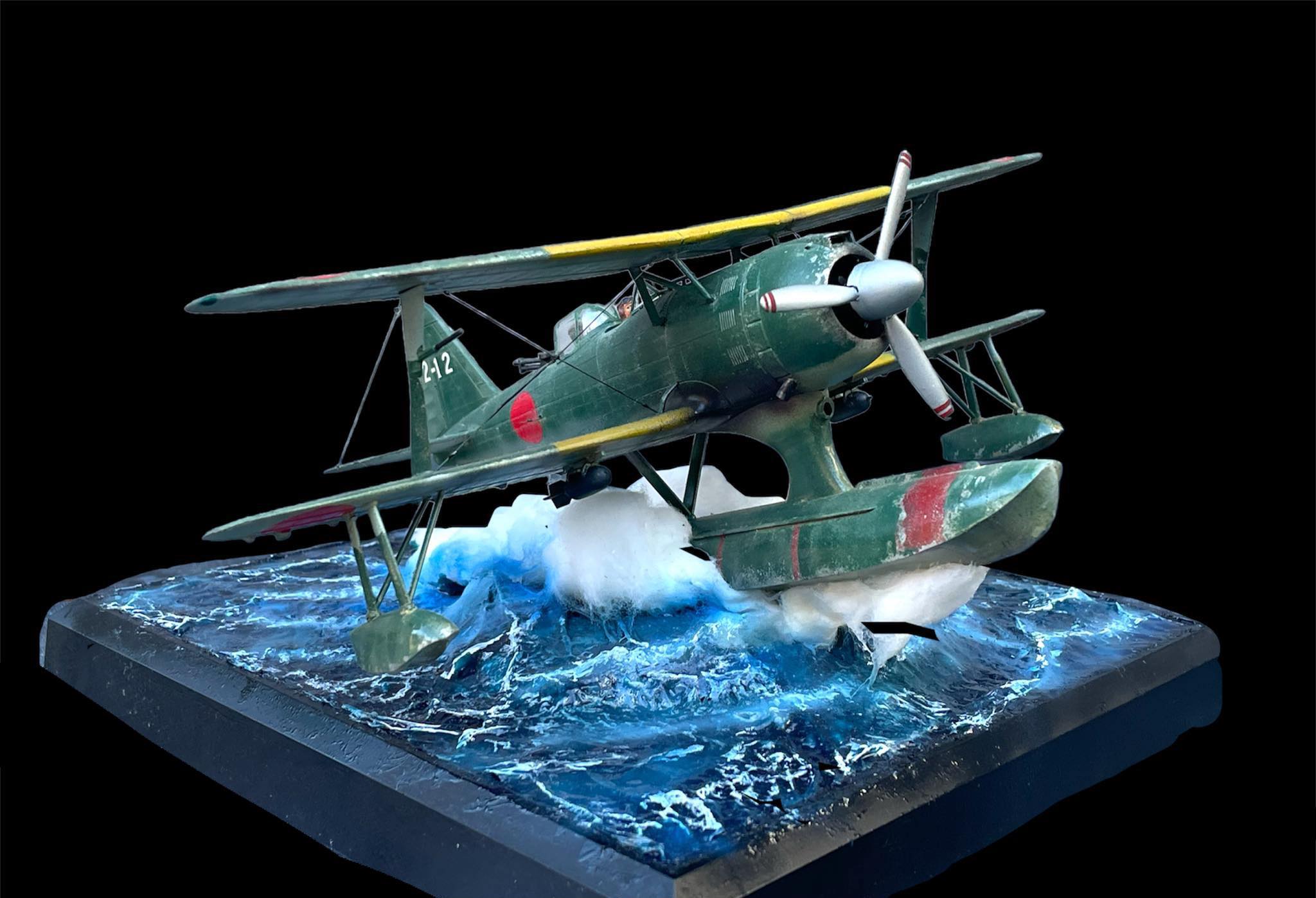 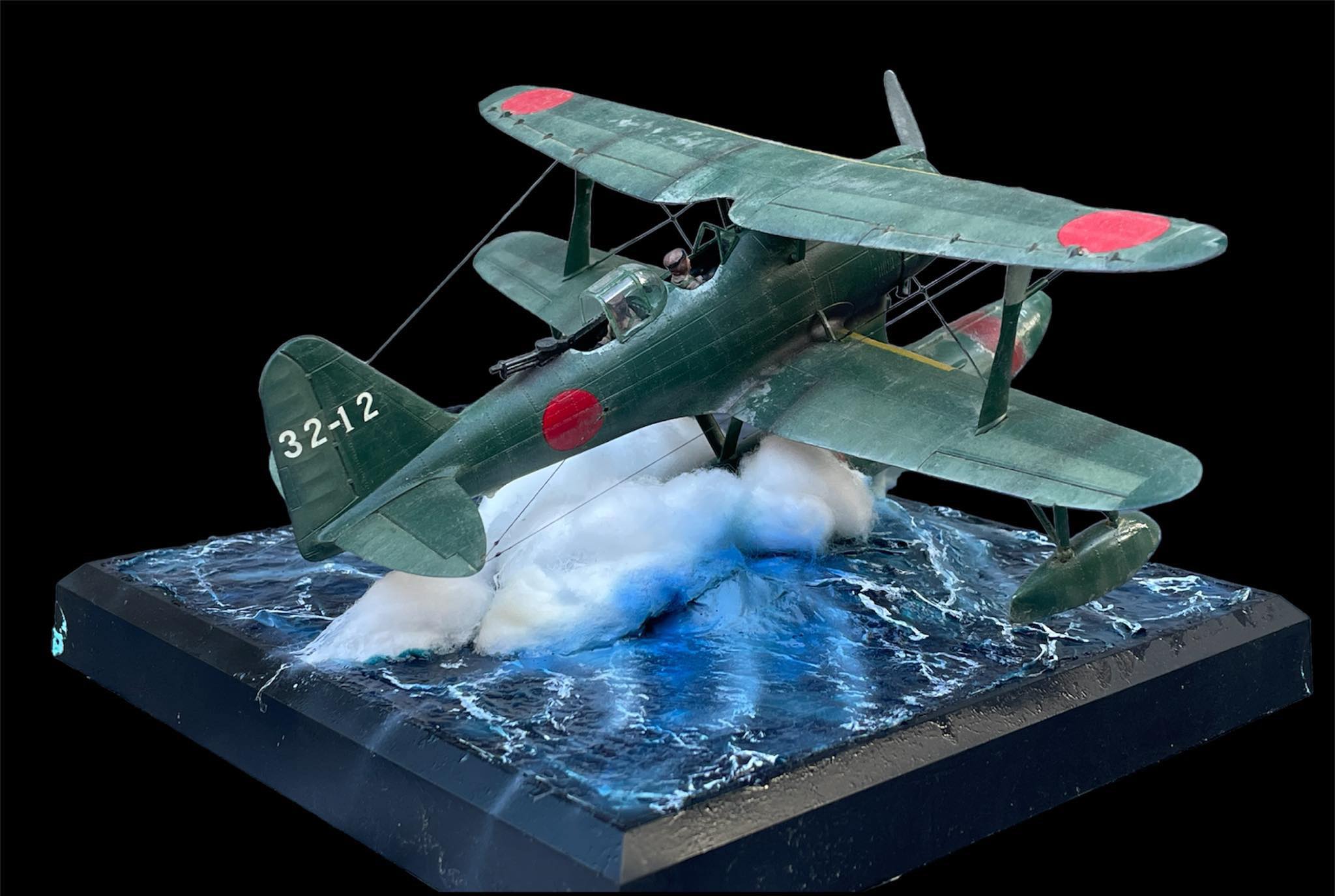 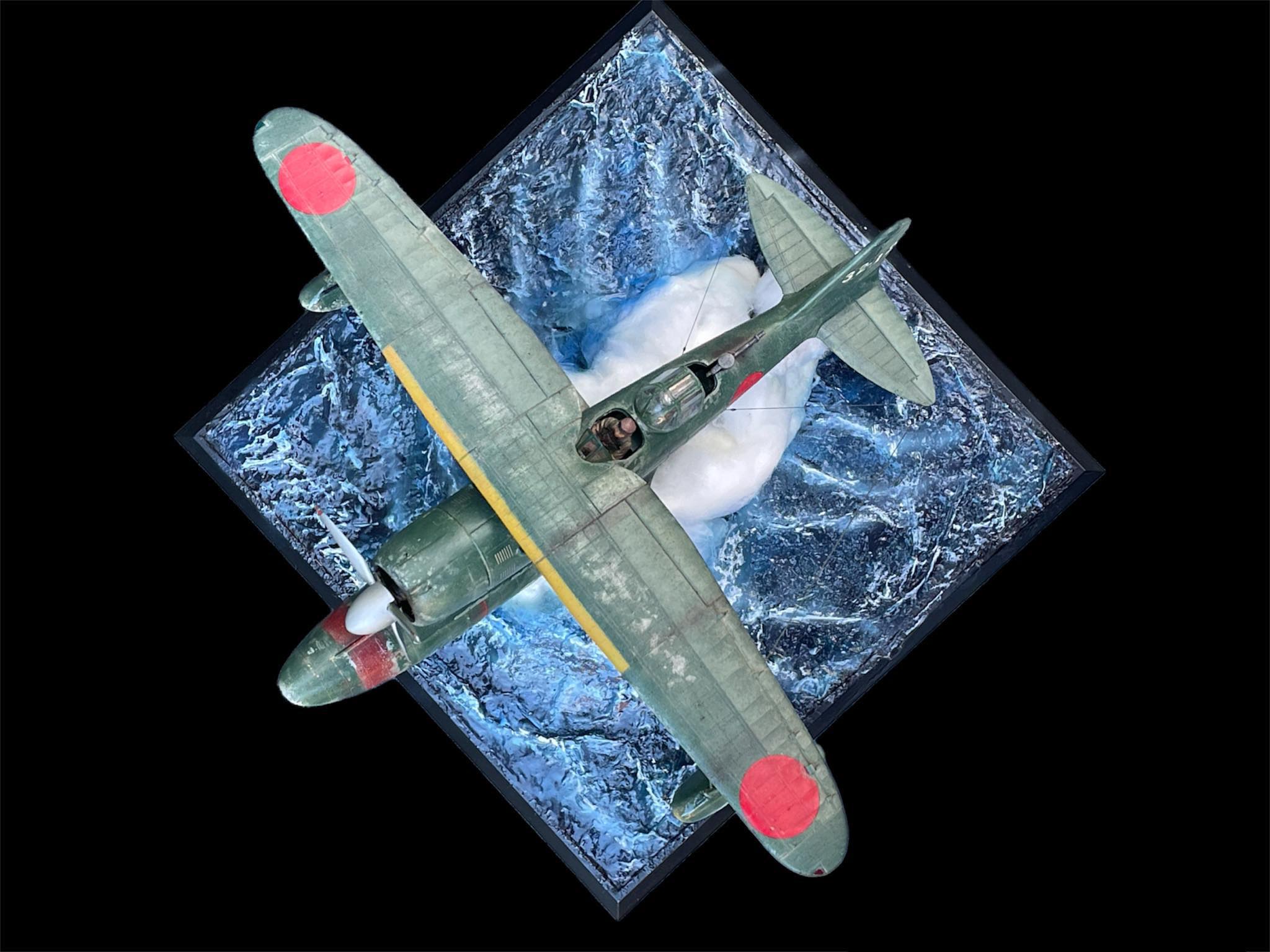 Name: Mitsubishi “Pete”- “In for a splash” brand: Tamiya -50th scale Build time: Pete built in 2020(1 week), the water base was done in a day jist this year Calling this: “In for a splash” TAMIYA 48th scale (Old tooling) Mitsubishi F1M type-0 “Pete” The Mitsubishi F1M was a Japanese reconnaissance floatplane of World War II. It was the last biplane type of the Imperial Japanese Navy, with 944 built between 1936 and 1944. The Navy designation was “Type Zero Observation Seaplane”. Top speed: 368 km/h Length: 9.5 m Introduced: 1941 Engine type: Radial engine First flight: June 1936 Modeled after: Land Based Petes- Philippine Theatre Feb-April 1942 Hinomaru were painted on and chipped amd repainted again, used both glue chipping and salt chipped effects. The greens were also on different tones to give the fabric and wood or metal effects. “Less is more” so to speak on the effects.. Painted with Zurc Scale Model Paints Tamiya brown wash Topcoat with Testors Dull coat Zurc Scale Model Paints primer AMMO by Mig Jimenez oil brushers The riggings were intimidating at start but i went along fine. Used stretched rubber sprue so that when heated it tightened up so no slacks. I did enjoy the journey of researching and snooping around for info. amongst forums and historians. Water effects by AK-Interactive Also painted some effects along the water effects with Zurc paints. Plus a big help from YouTube channels to make the “cling wrap” water effects. Wanted to give it that splash landing on rough Philippine waters.

Mitsubishi “Pete”- “In for a splash”