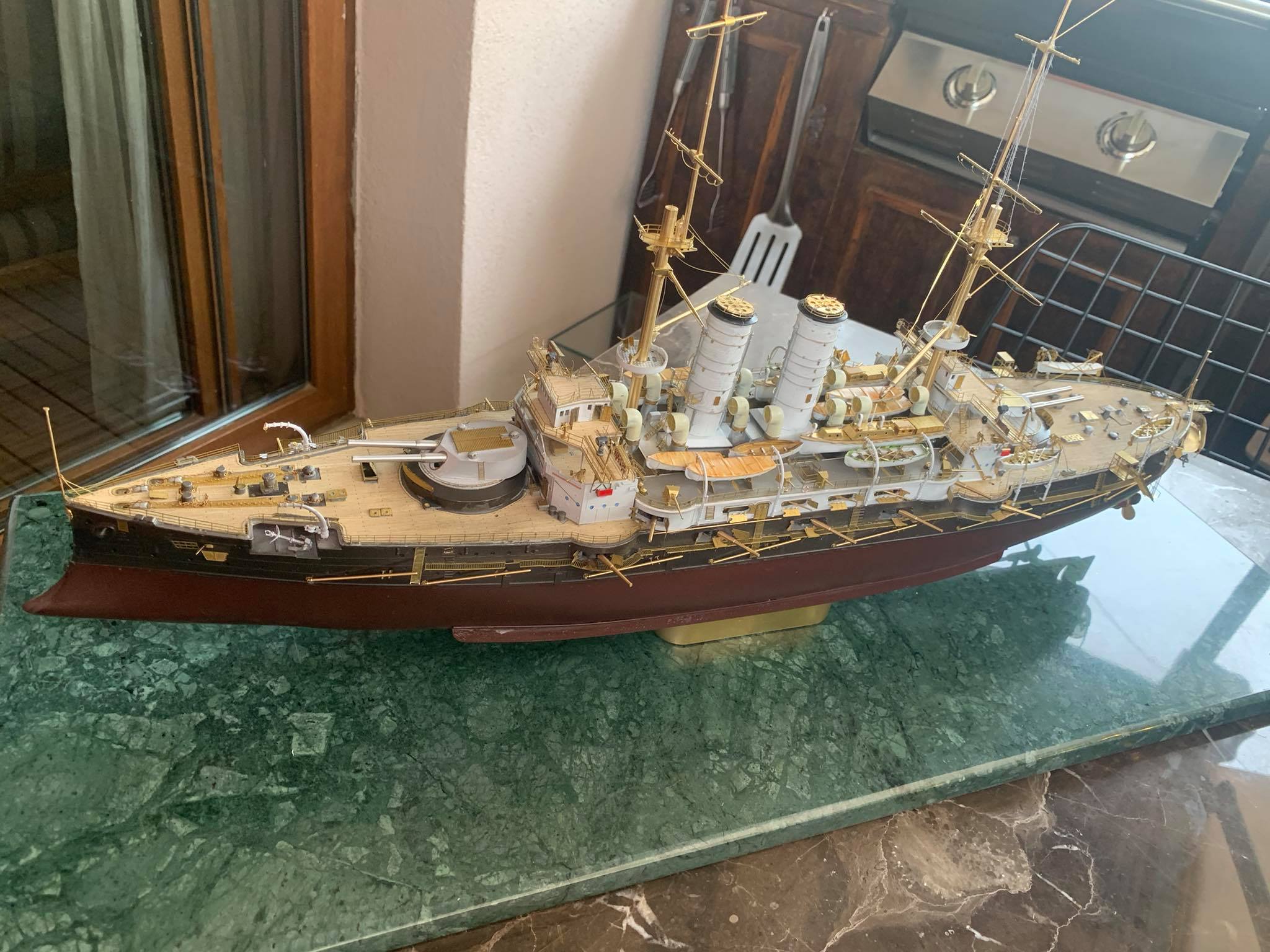 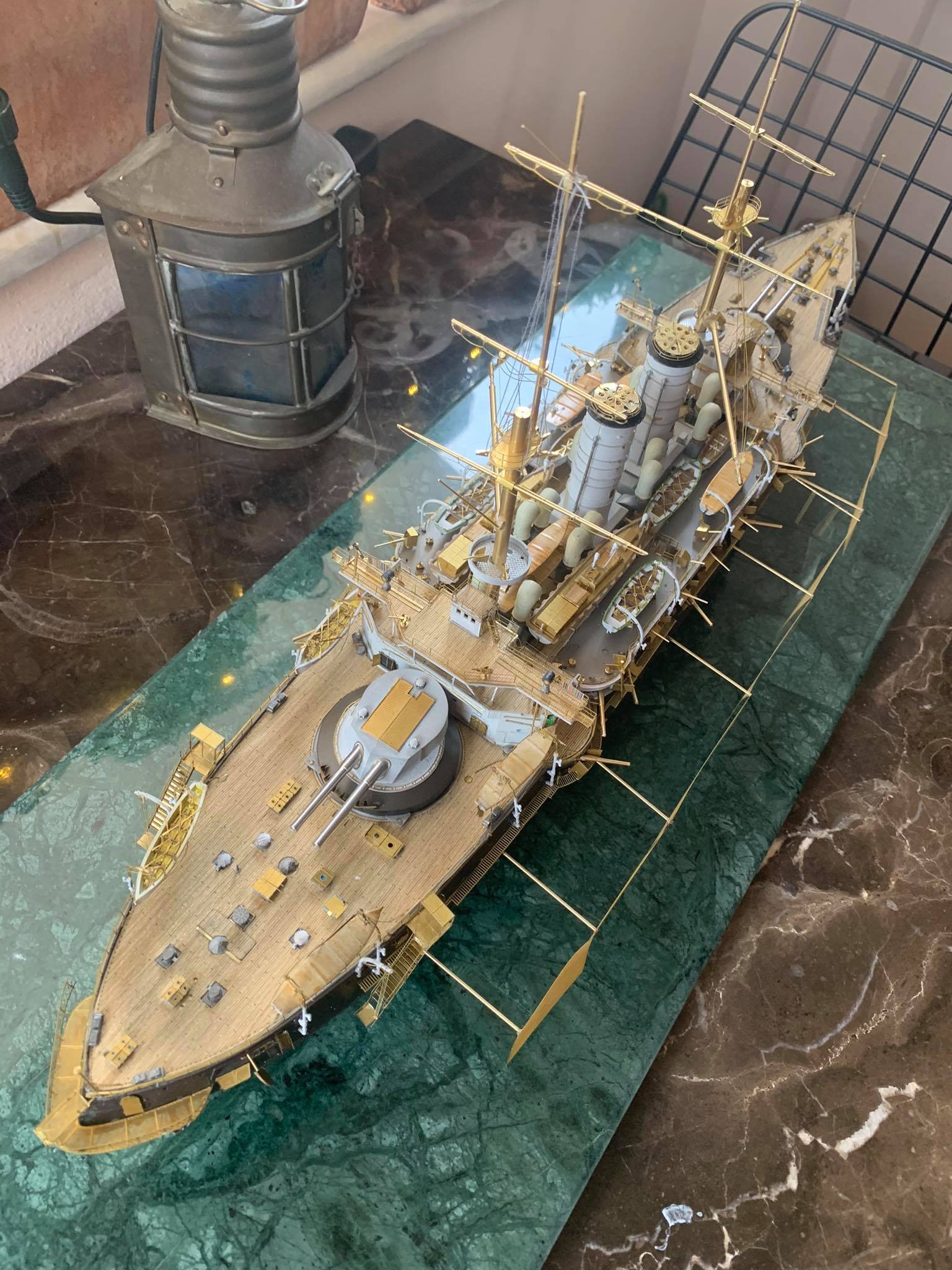 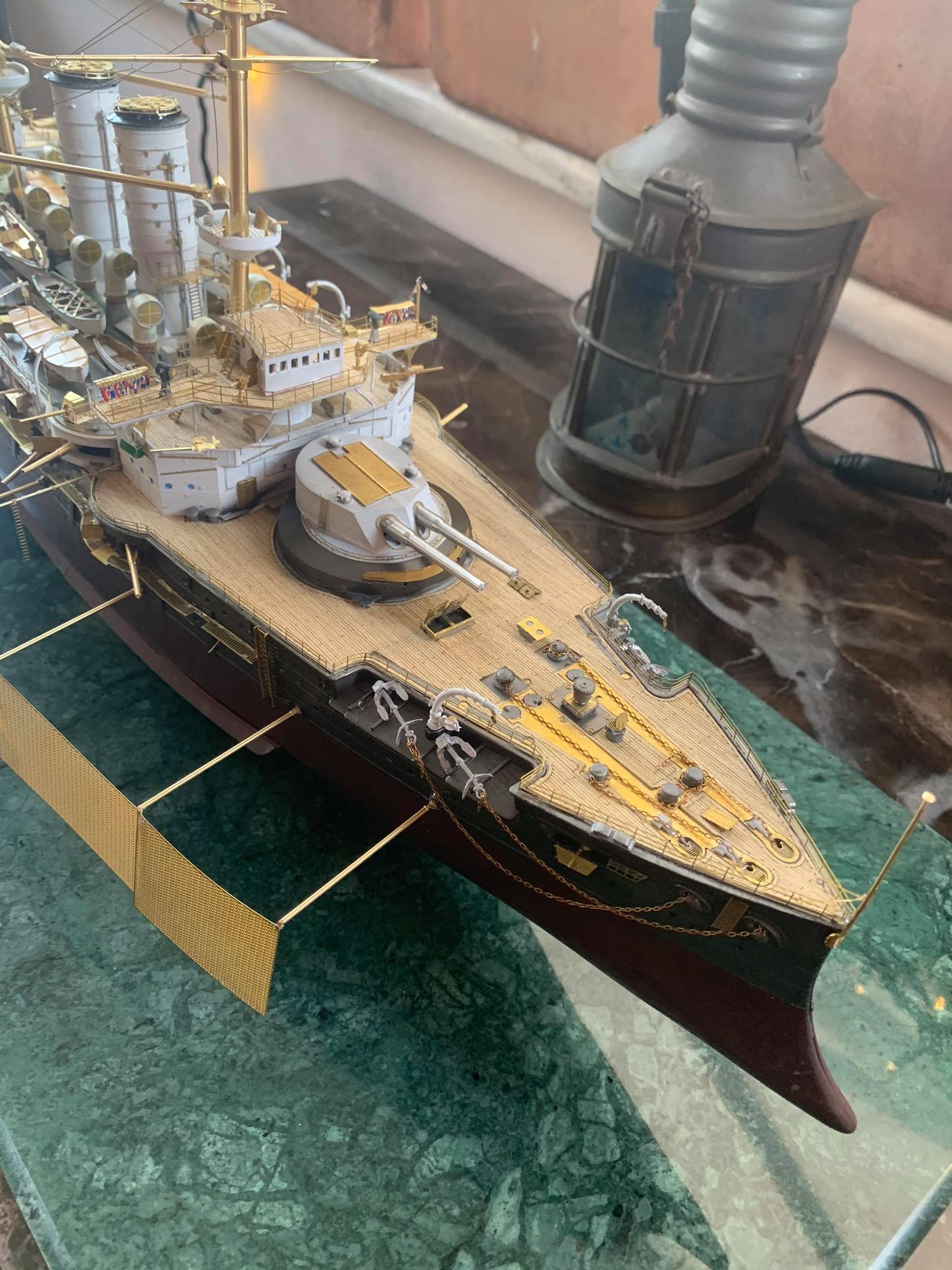 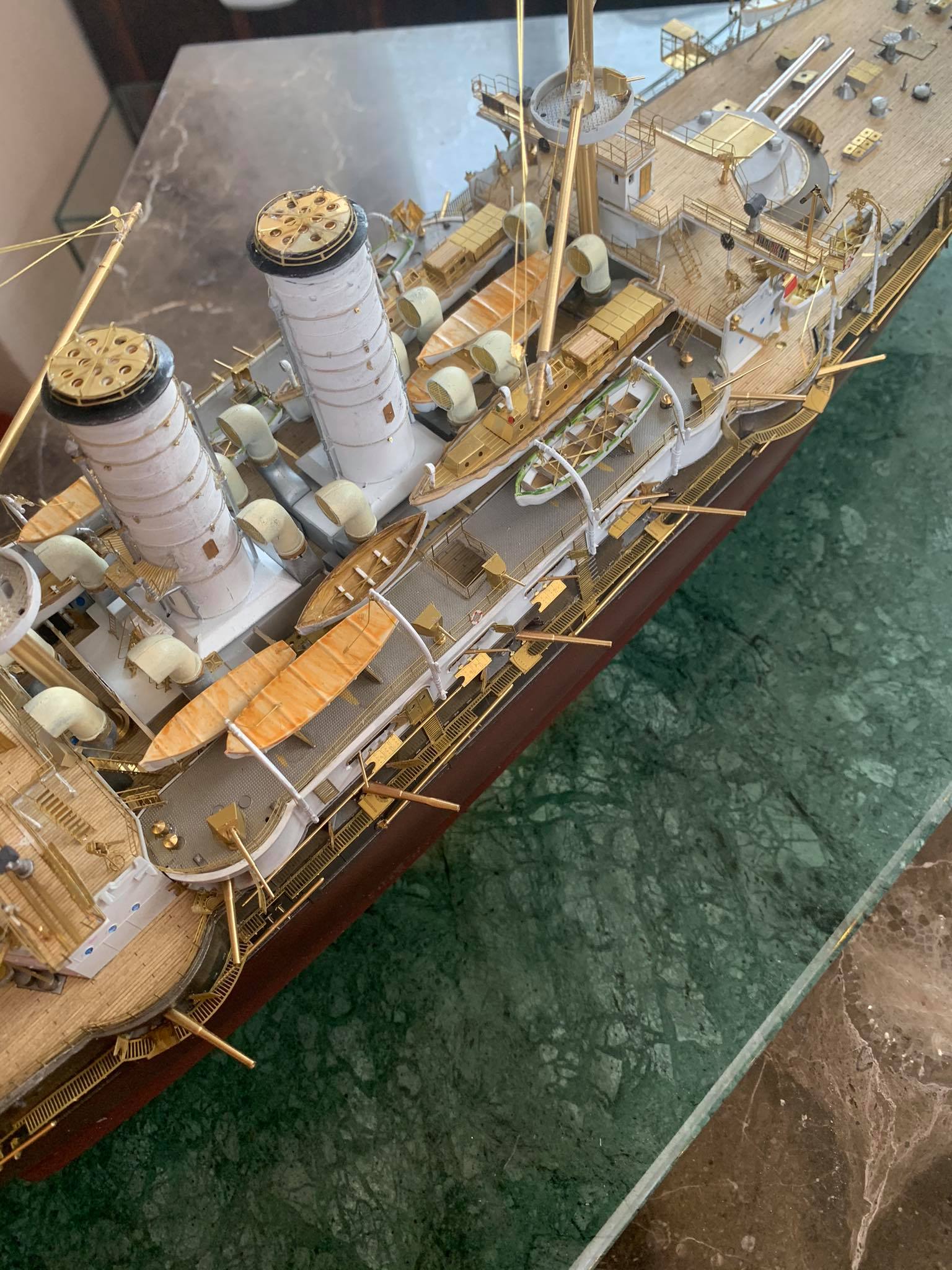 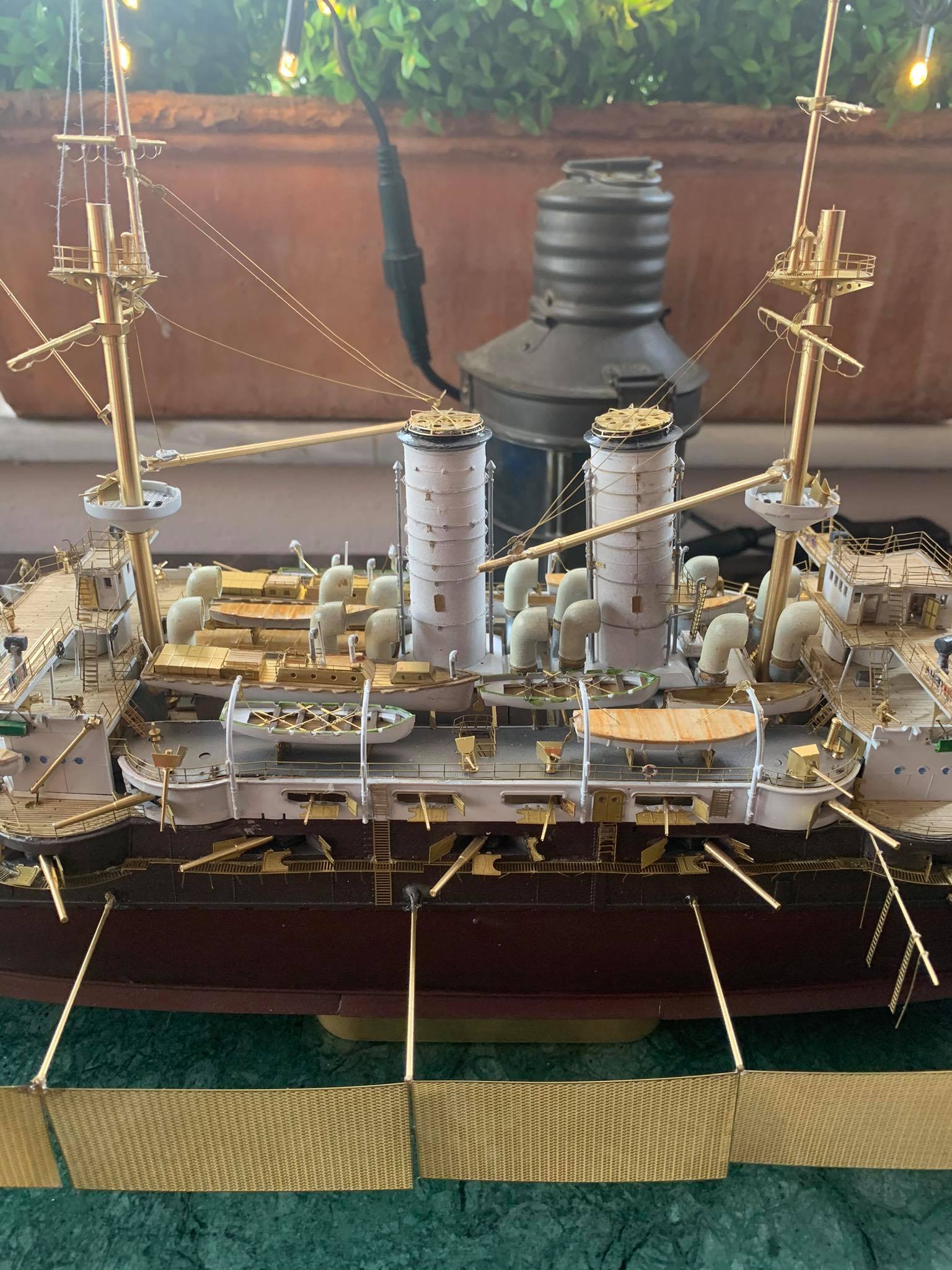 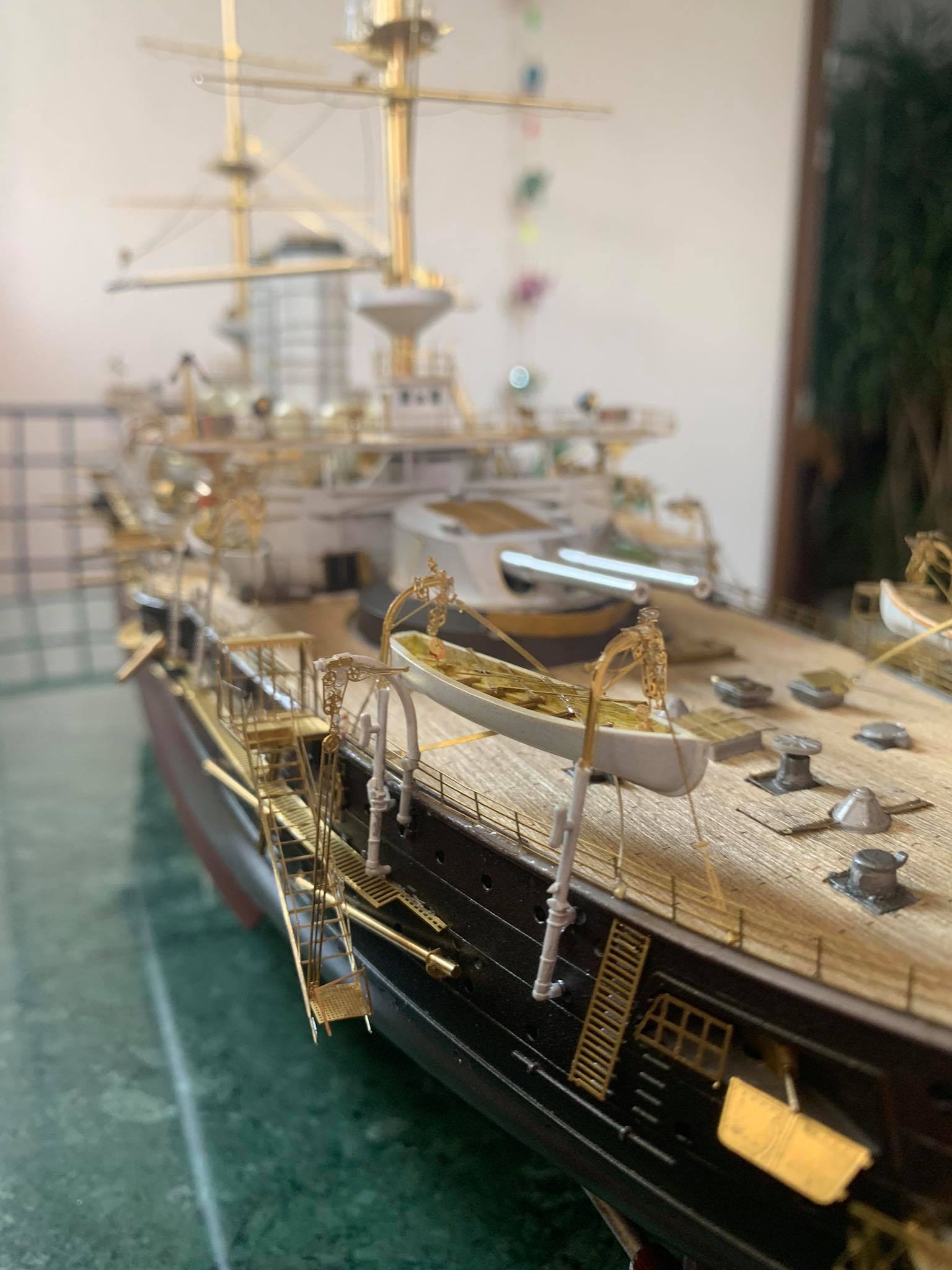 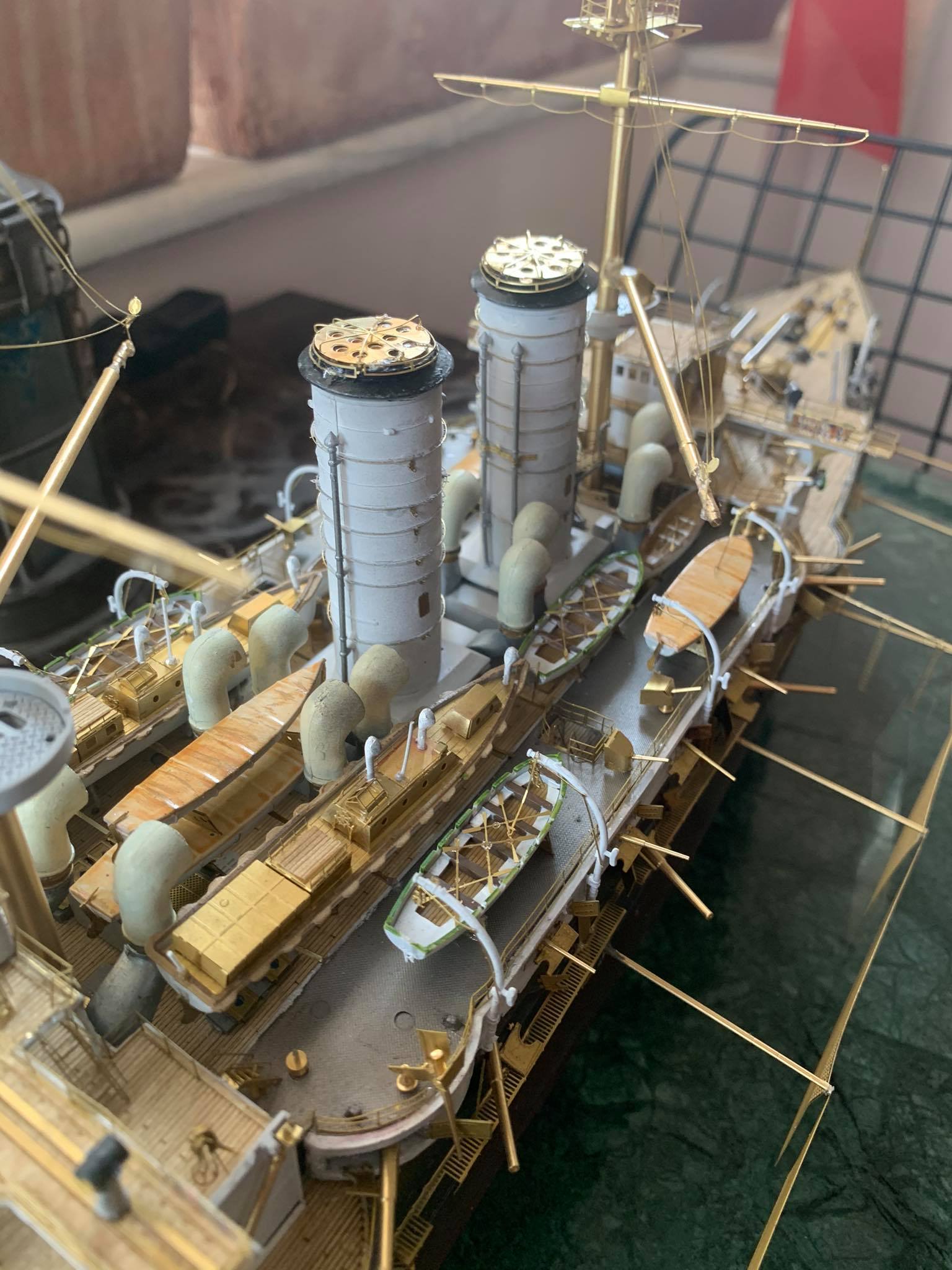 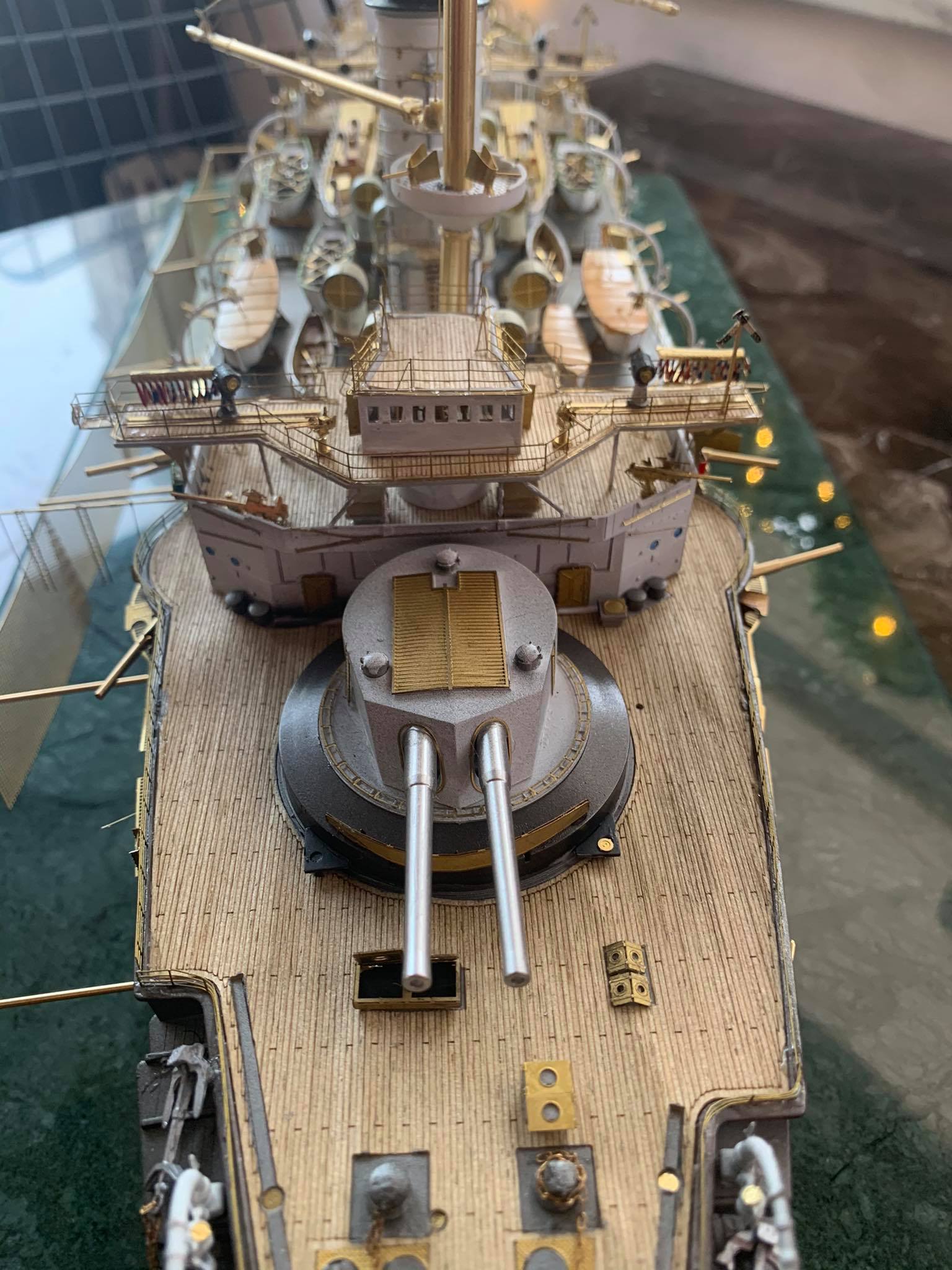 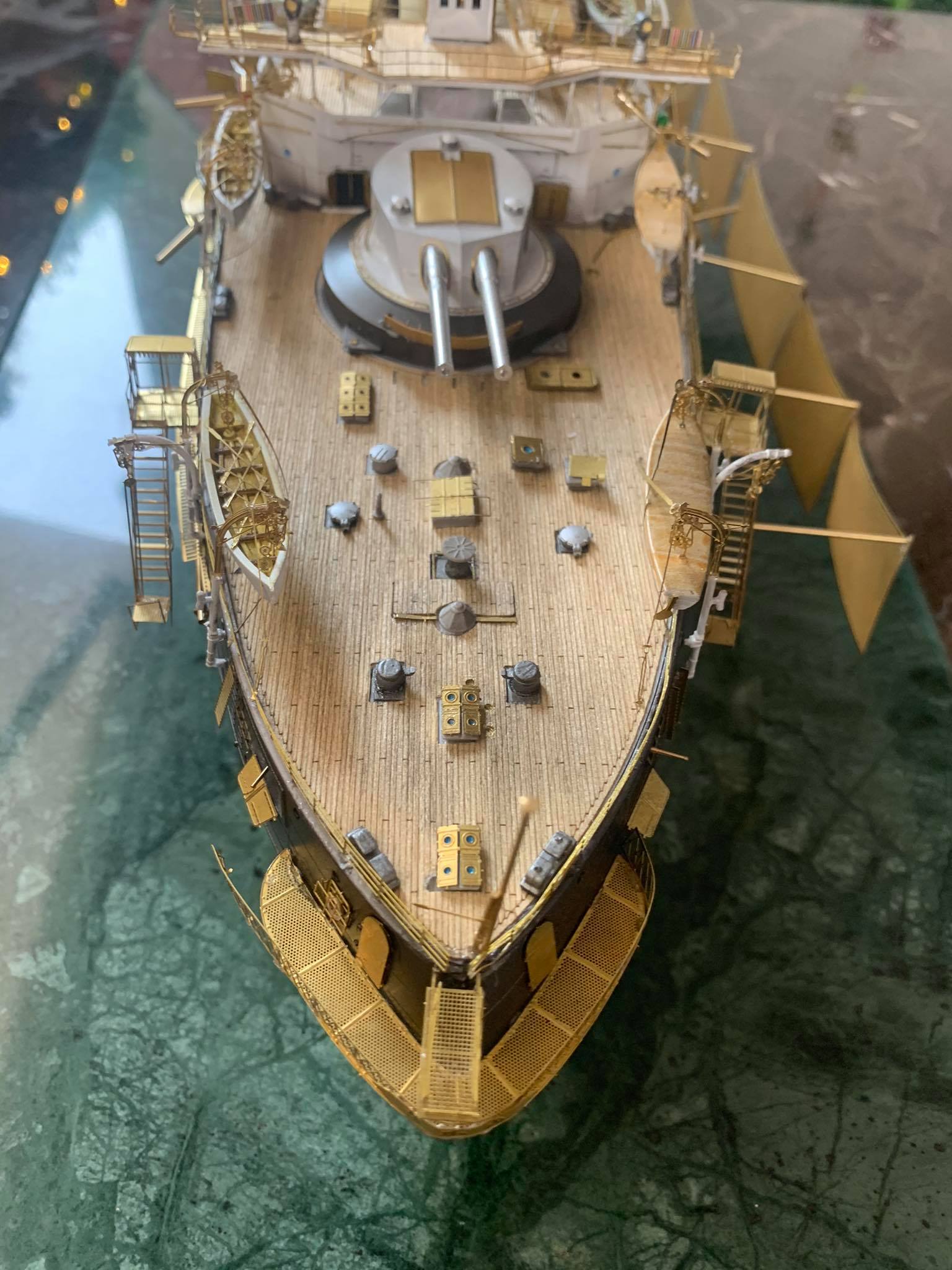 The kit is 1/200 Mikasa 1902 by HobbyBoss, but heavily upgraded by MK1 Design photo etch. (By Ka models) the kit have also plenty amount of etch, but frankly speaking i would not think ahe would be anywhere near this much nice without MK1 etches. (Which is more expensive then the model itself) It took about three months, each day around 3-4 hours of work, thanks (!) to corona ! Lets say altogether 100 hours. (But i am a quick and impatient human being, ie maybe for some other people it will take more time) I used my imagination for the painting a dn decided to use lighter tones including white, since the guide from the kit showed an all medium to dark gray ship, which would not be so nice, but this means also that she is not all original color scheme. One other trick i did is not to paint almost all the photo etches, i thought it would be a big pitty to hide that beautiful golden look as well as would give a look to the model like built at the same time of the Mikasa herself. Enjoy