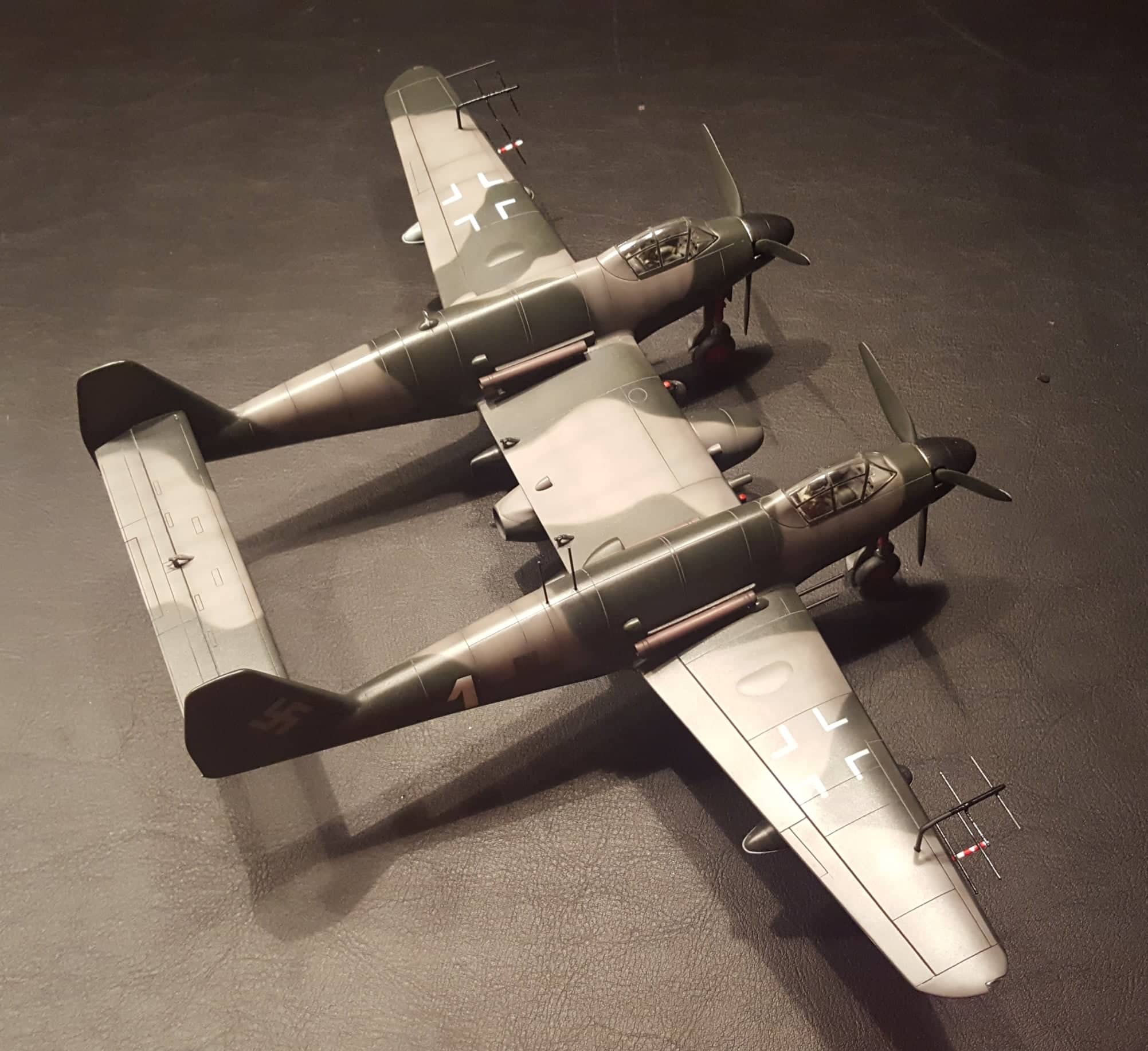 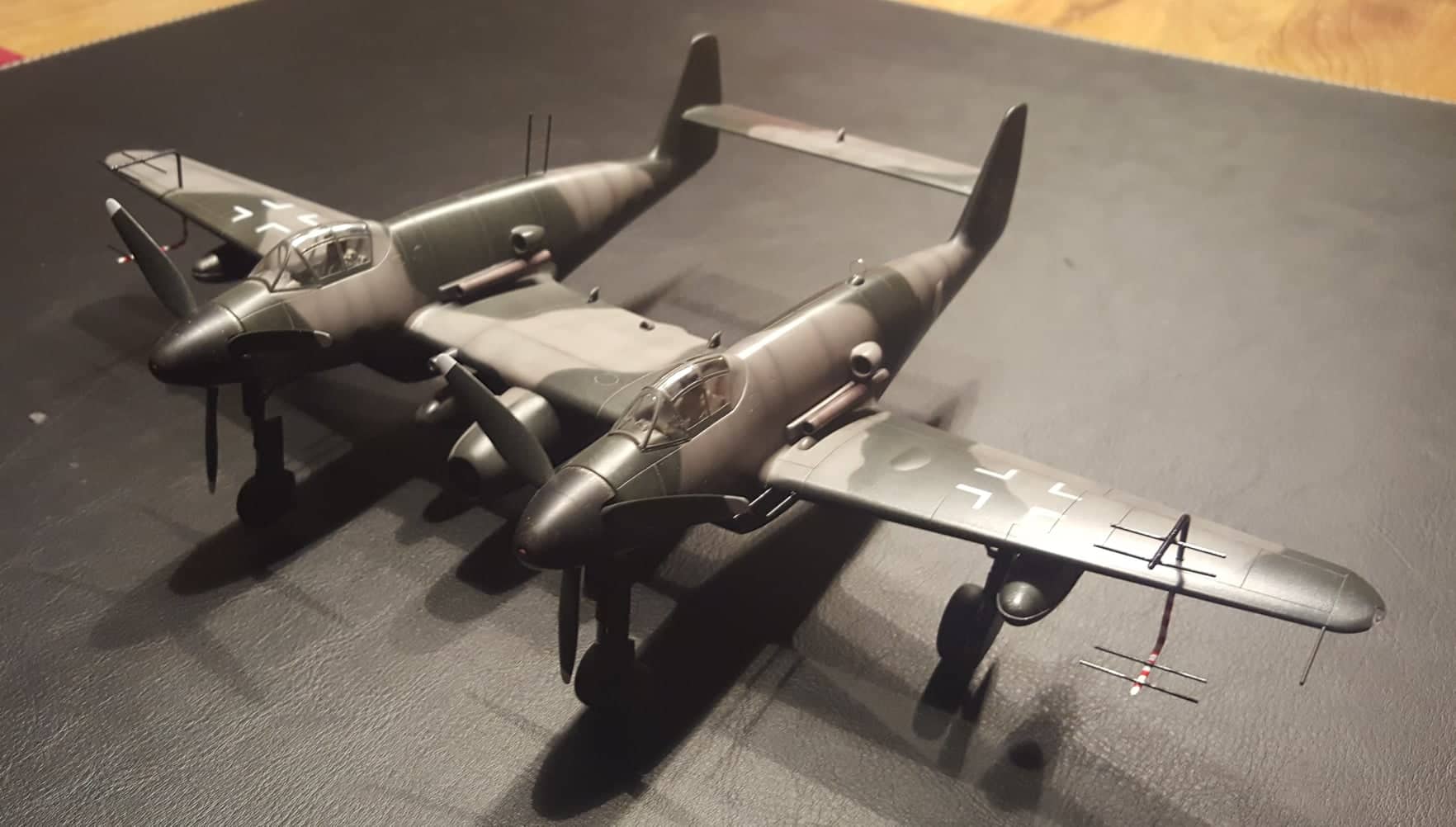 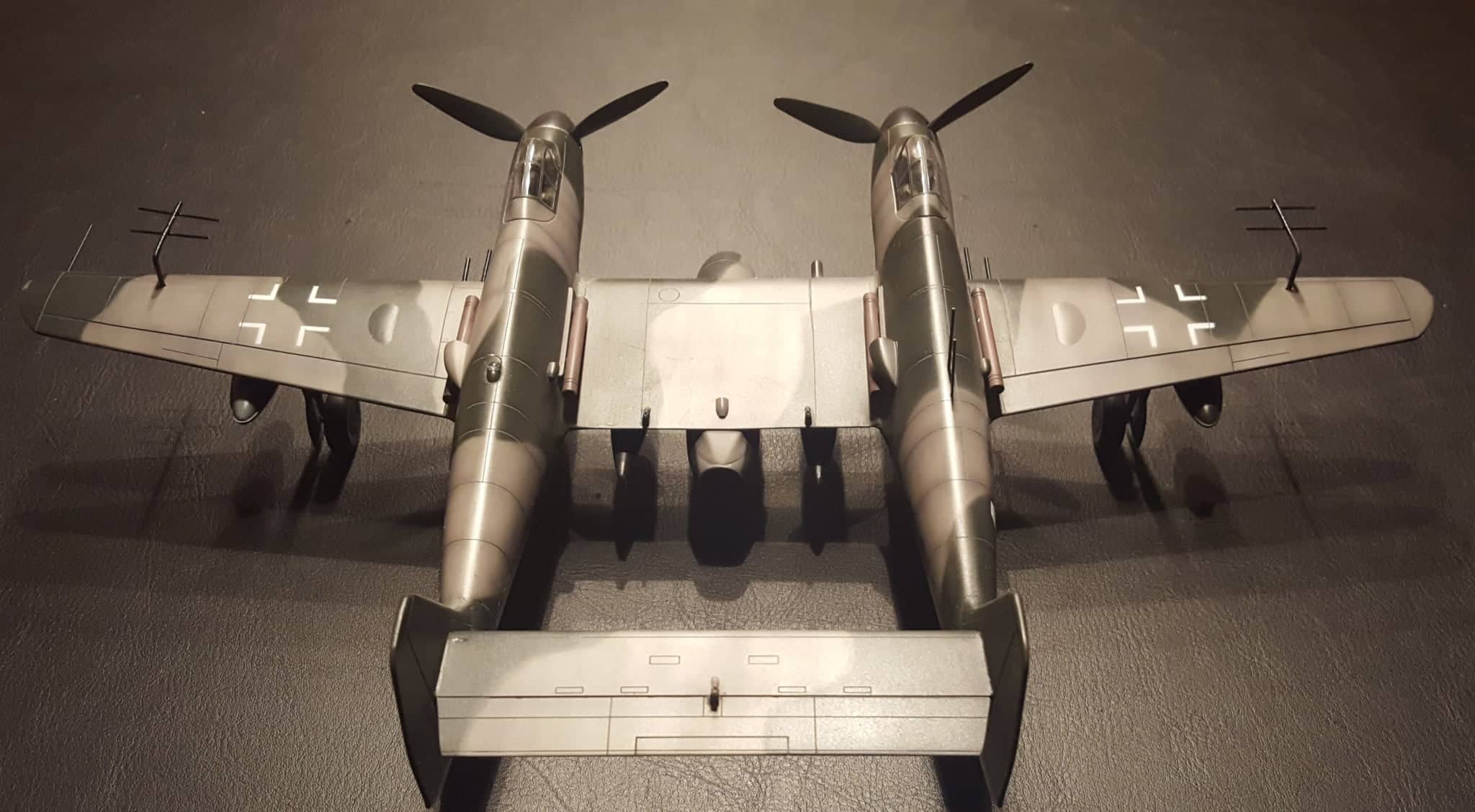 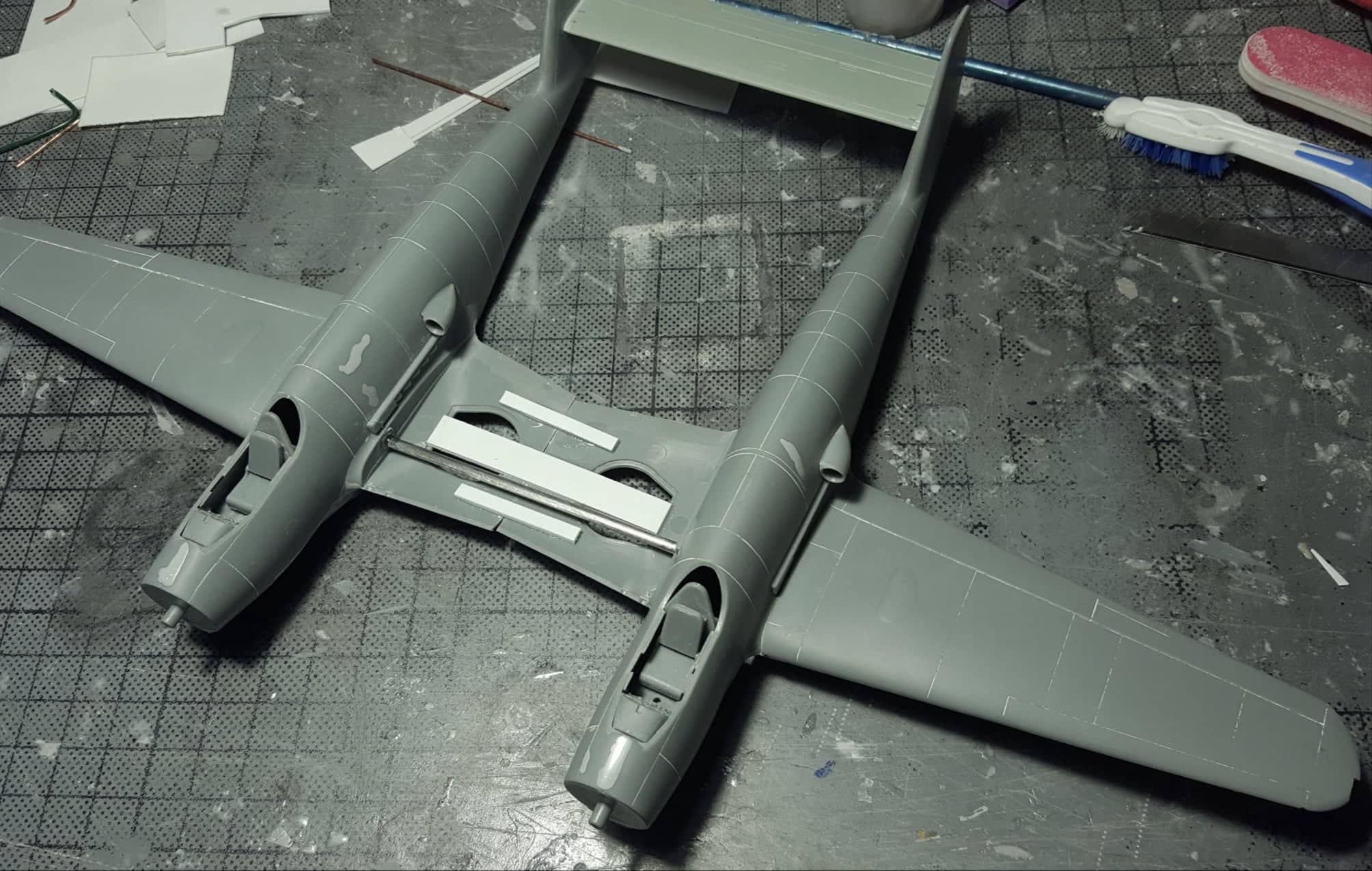 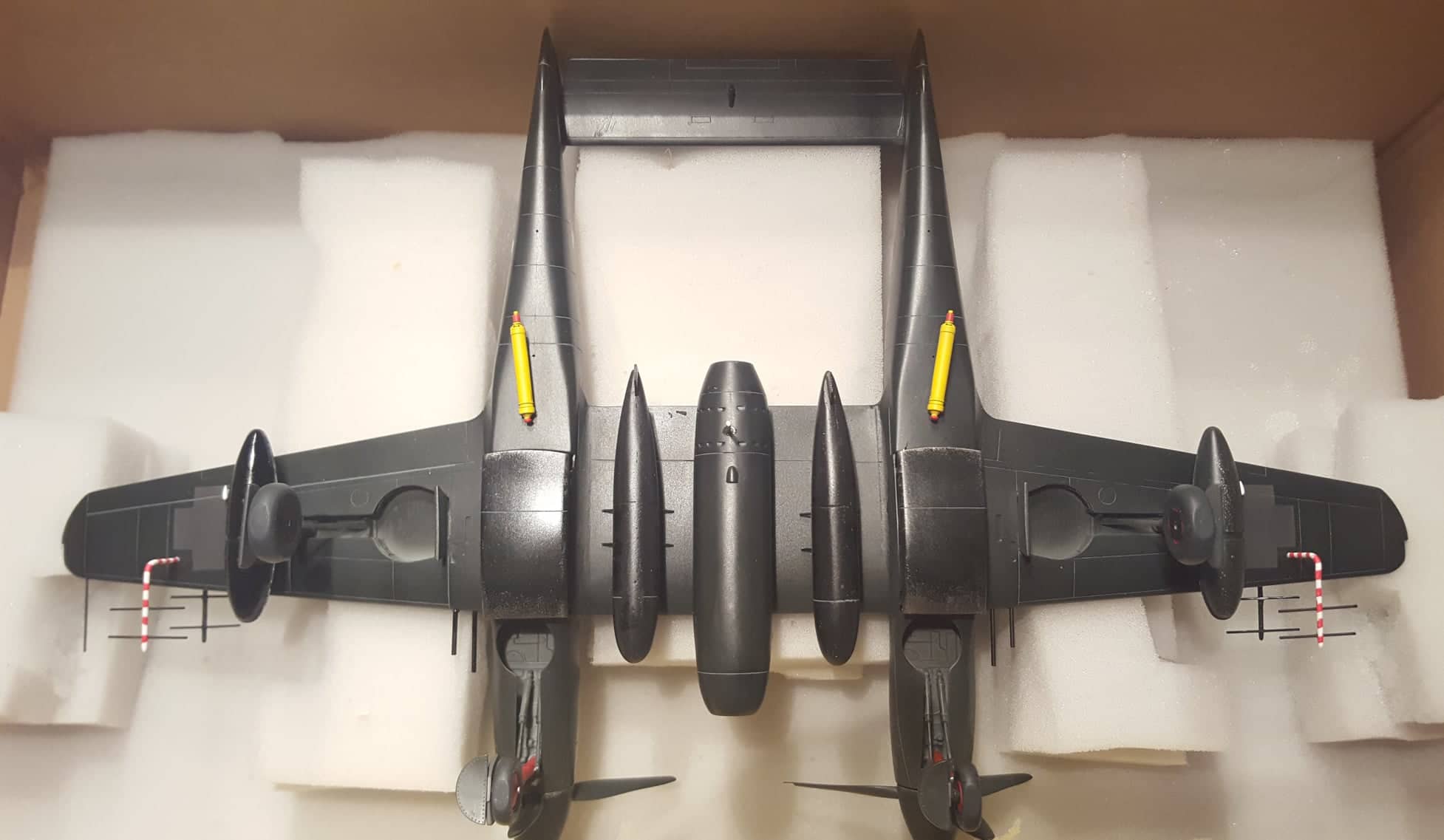 The model consists of 2 Messerschmidt Me509 Trumpeter kits in 1/48 scale. the central part between the fuselages was made by me. an additional Jumo 004 engine was mounted in the center and some engravings were redone. an elevator from the P38 was fitted between the tailplanes. an old academy kit kindly contributed.
I copied the additional 500L tanks from the resin Dragon Mistel kit.
I made the FuG 220 antennas myself. I didn’t have any cots so I improvised.
the project was for a friend’s father, 92, trained as a pilot in the last days of the war and fortunately no longer deployed.