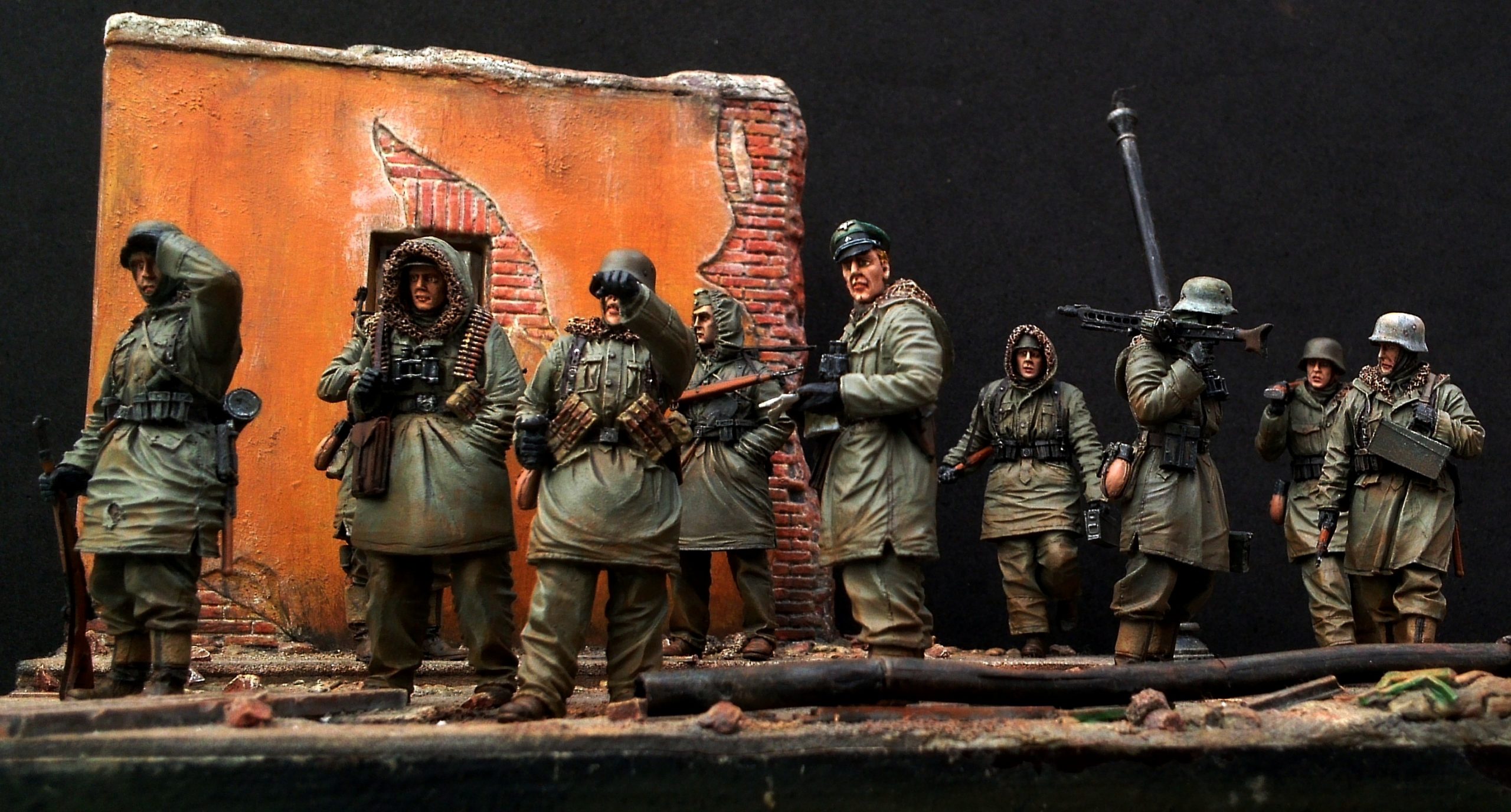 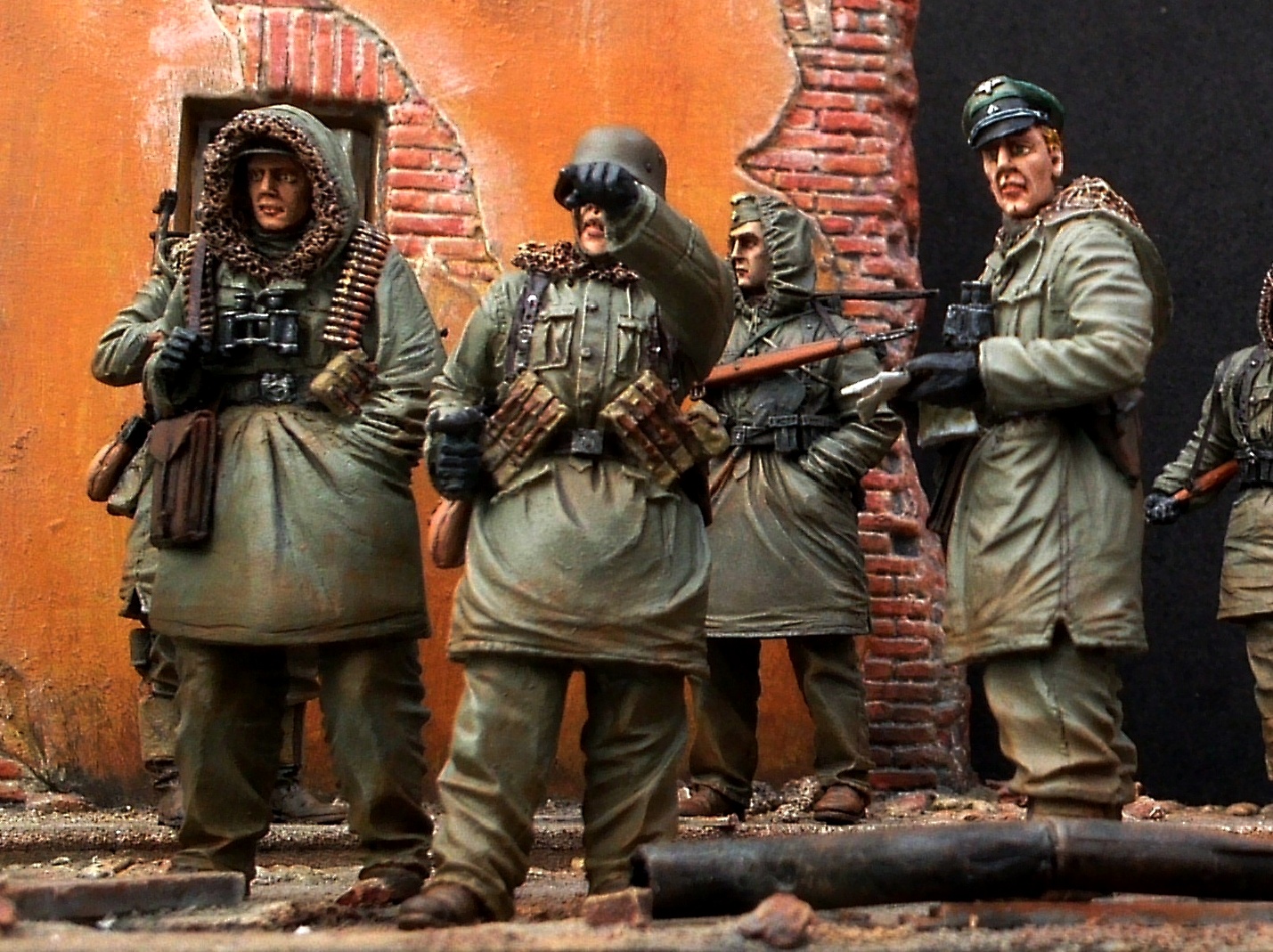 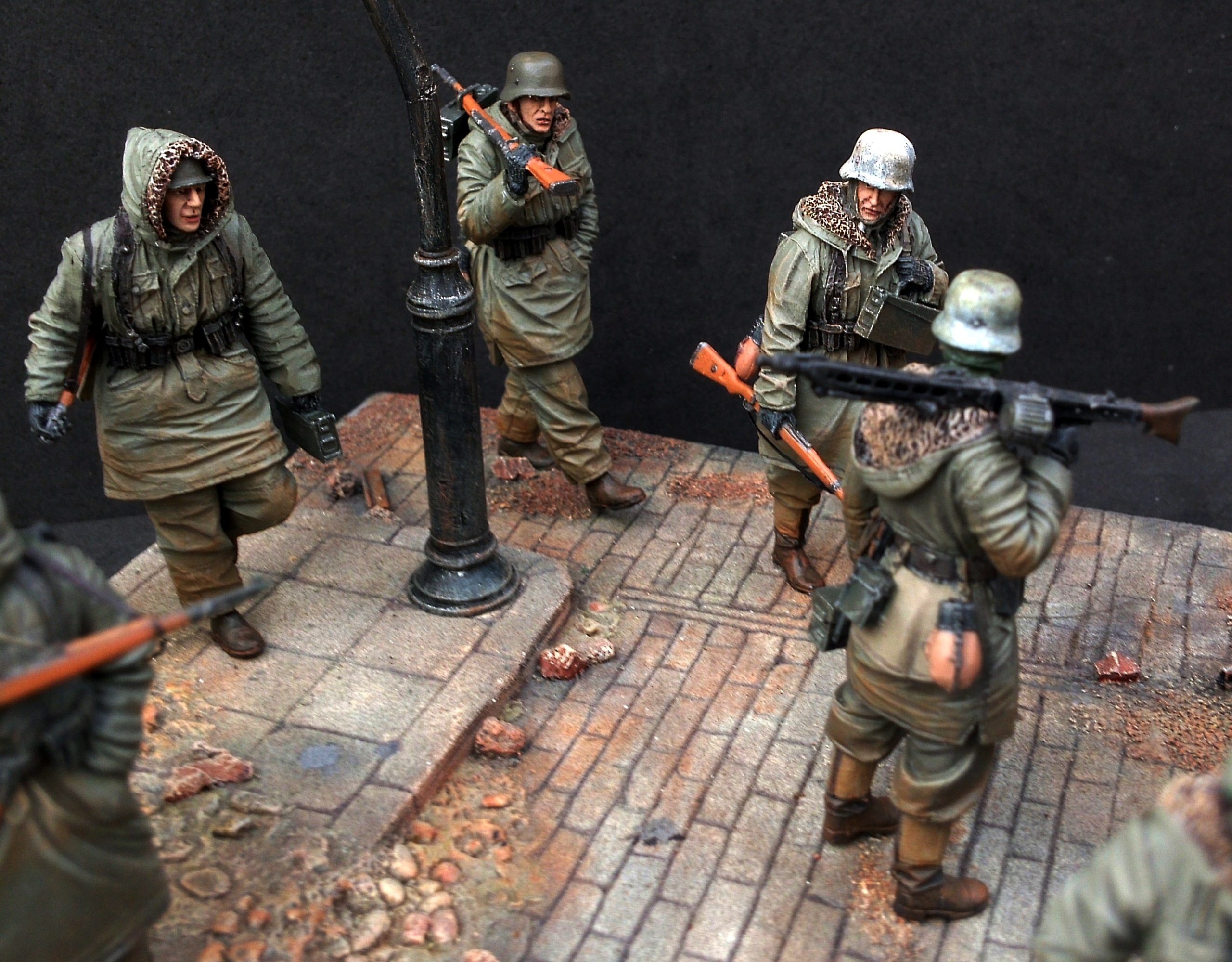 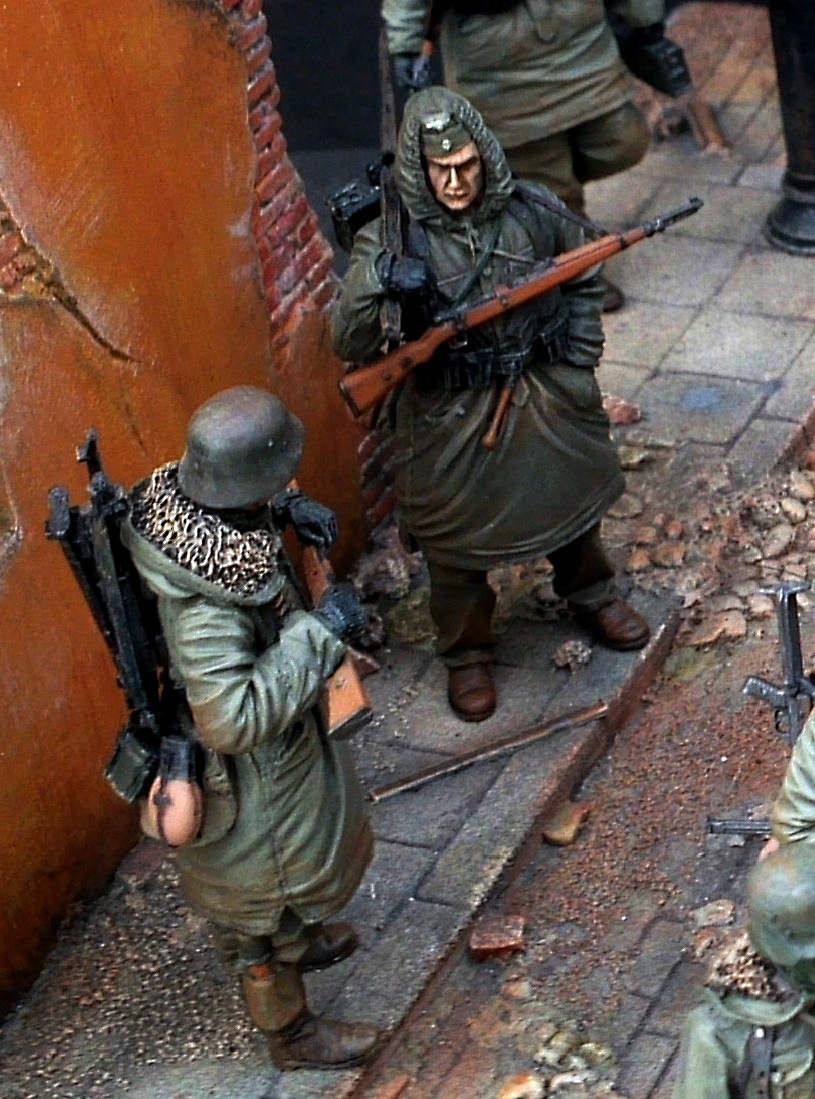 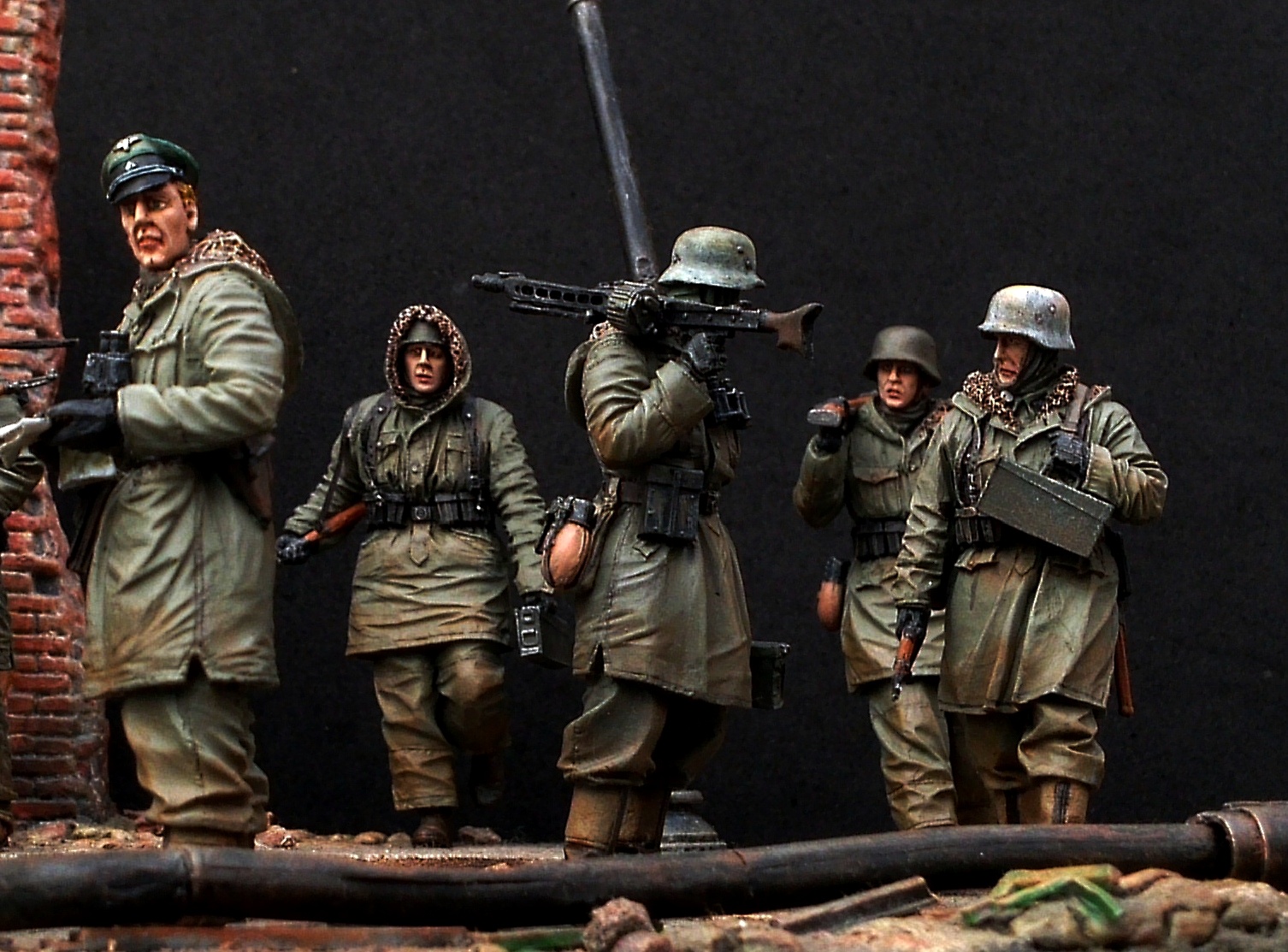 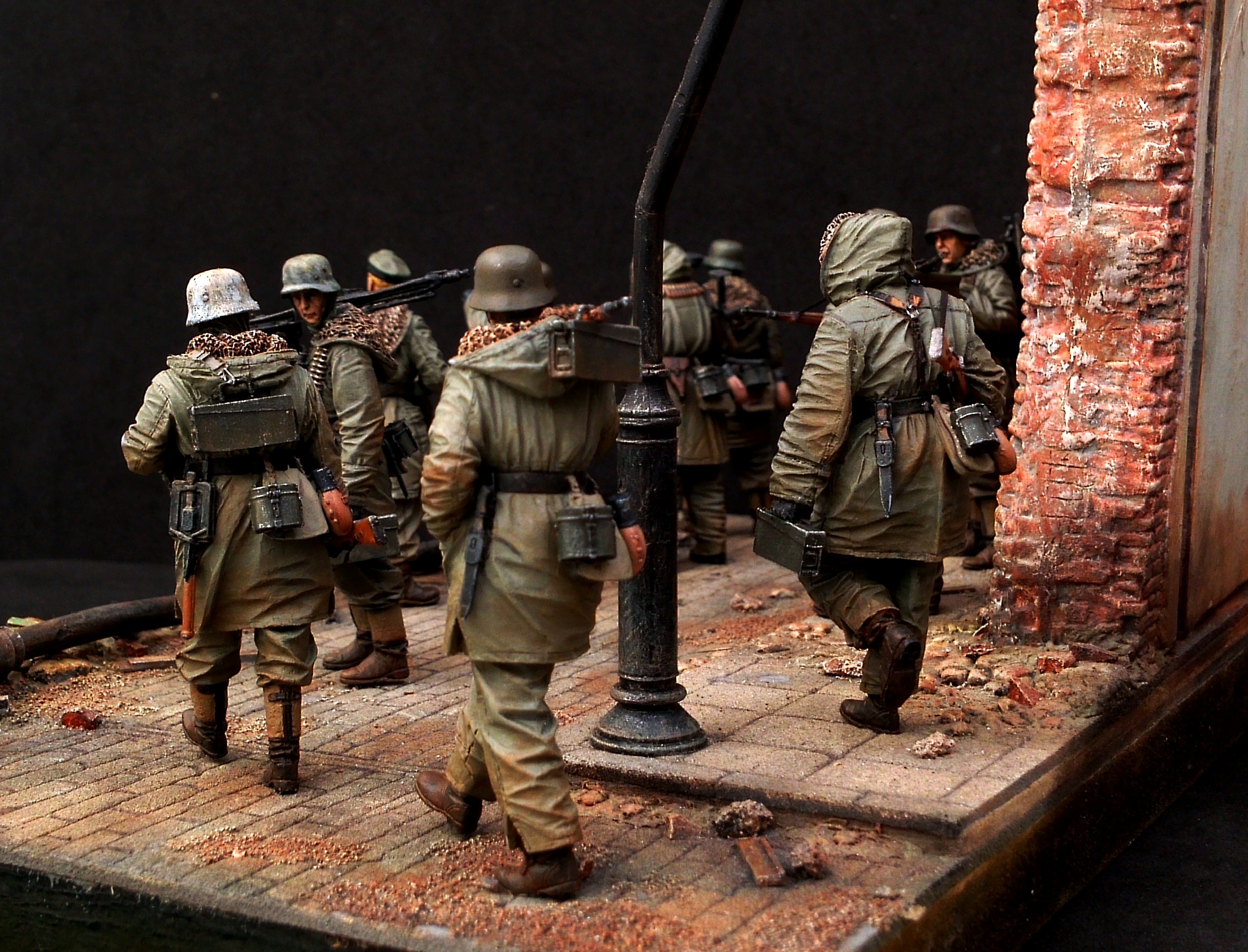 This commission job was inspired in some photos of the SS-Panzer-Korps´ battle groups during the Third Battle of Kharkov, especially those taken right after the Tractor Plant was seized. Figures were subject to some major/minor modifications and base was made of different Miniart buildings/accessories leftovers while the ground was made of carved foam board. Everything was painted with acrylics from Produart, a well-known Colombian brand used in different art jobs.