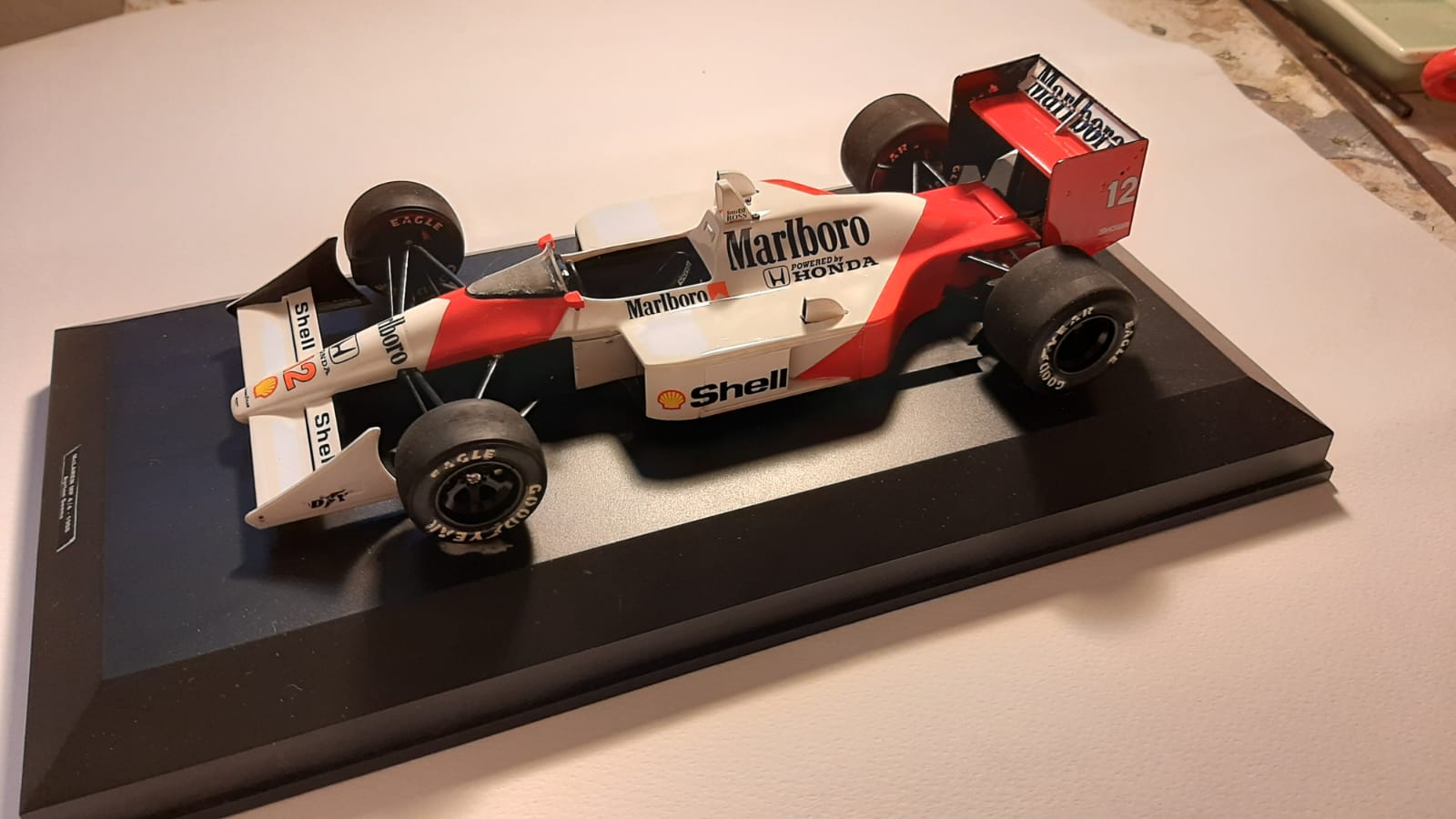 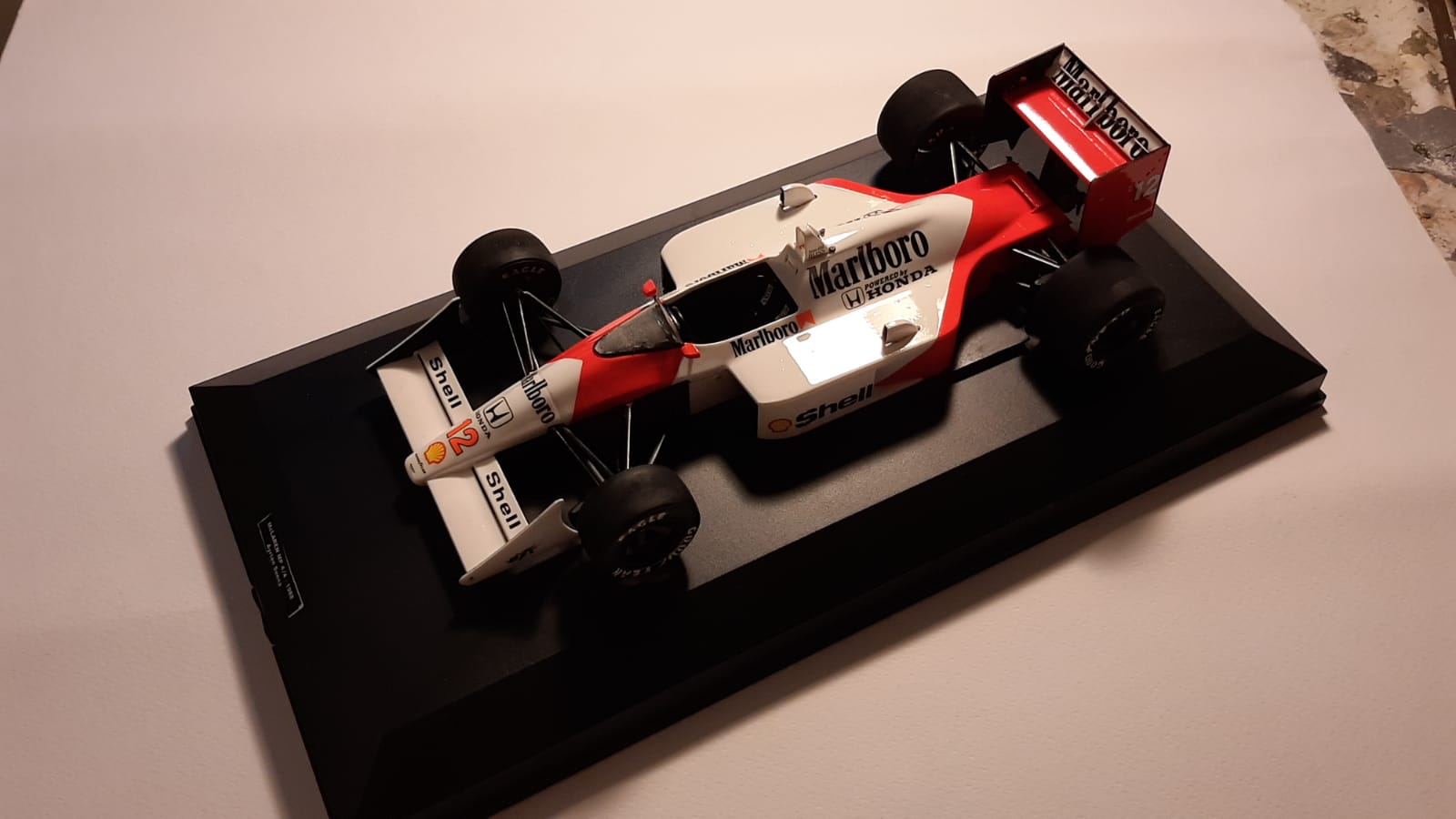 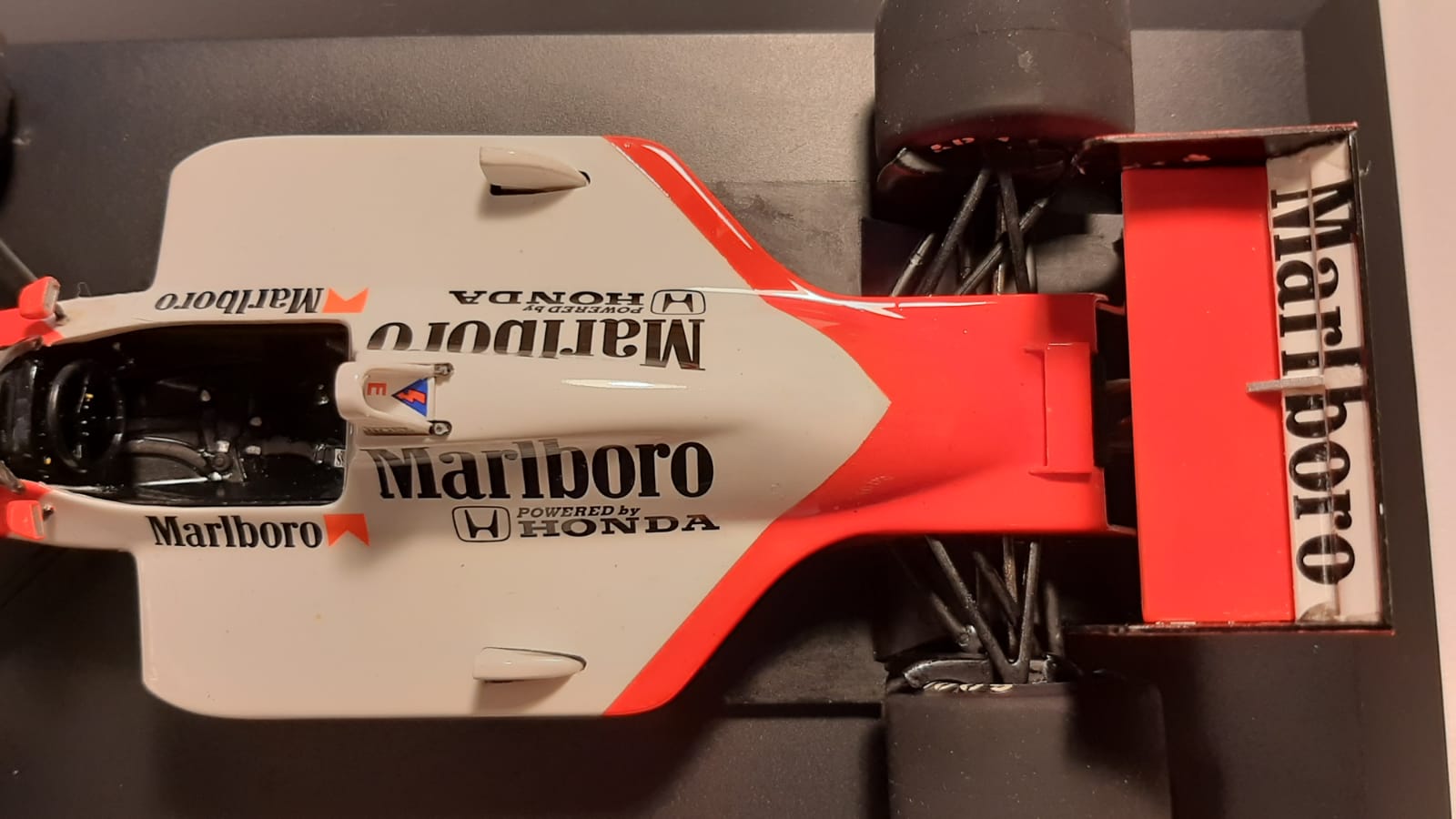 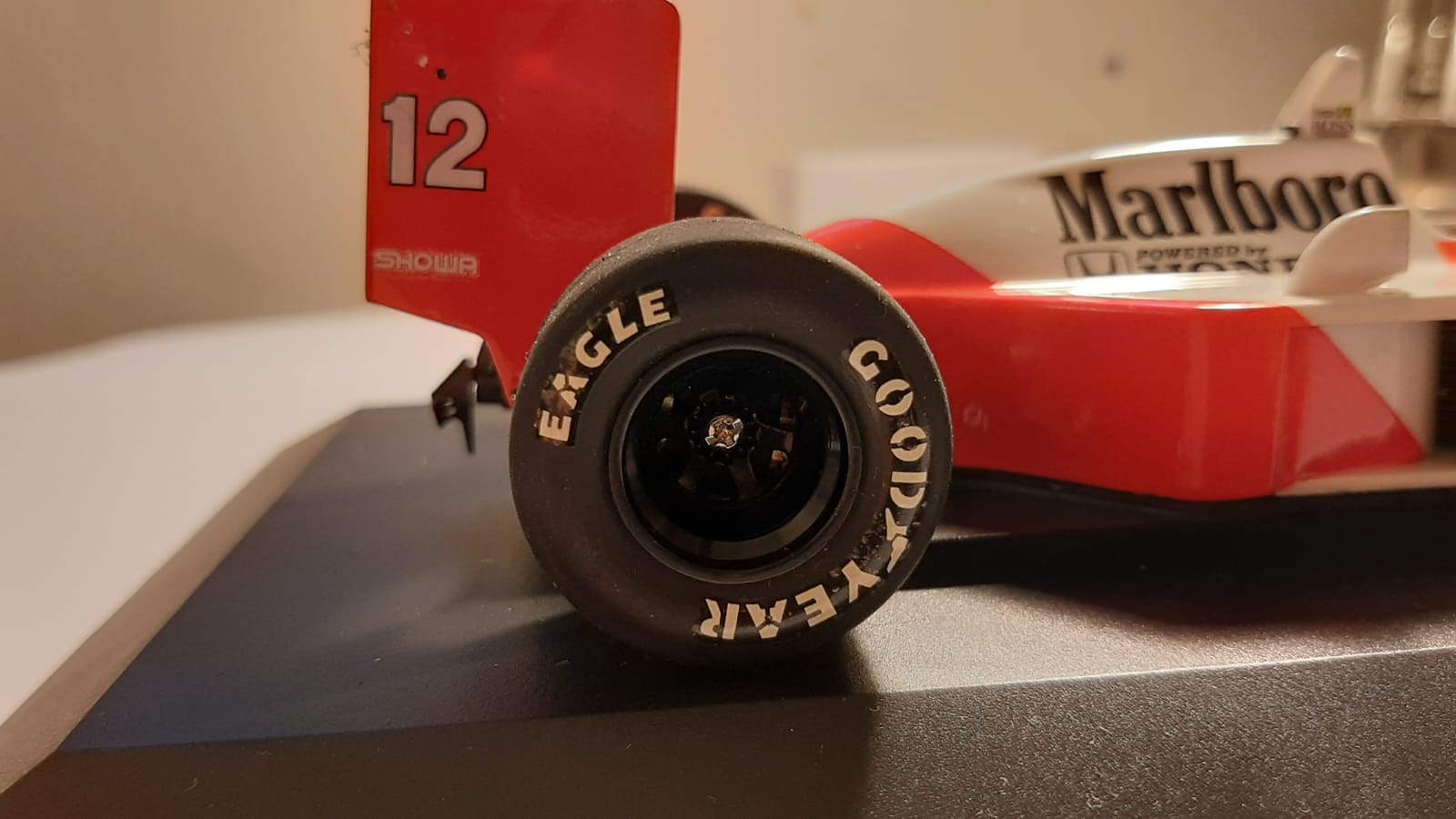 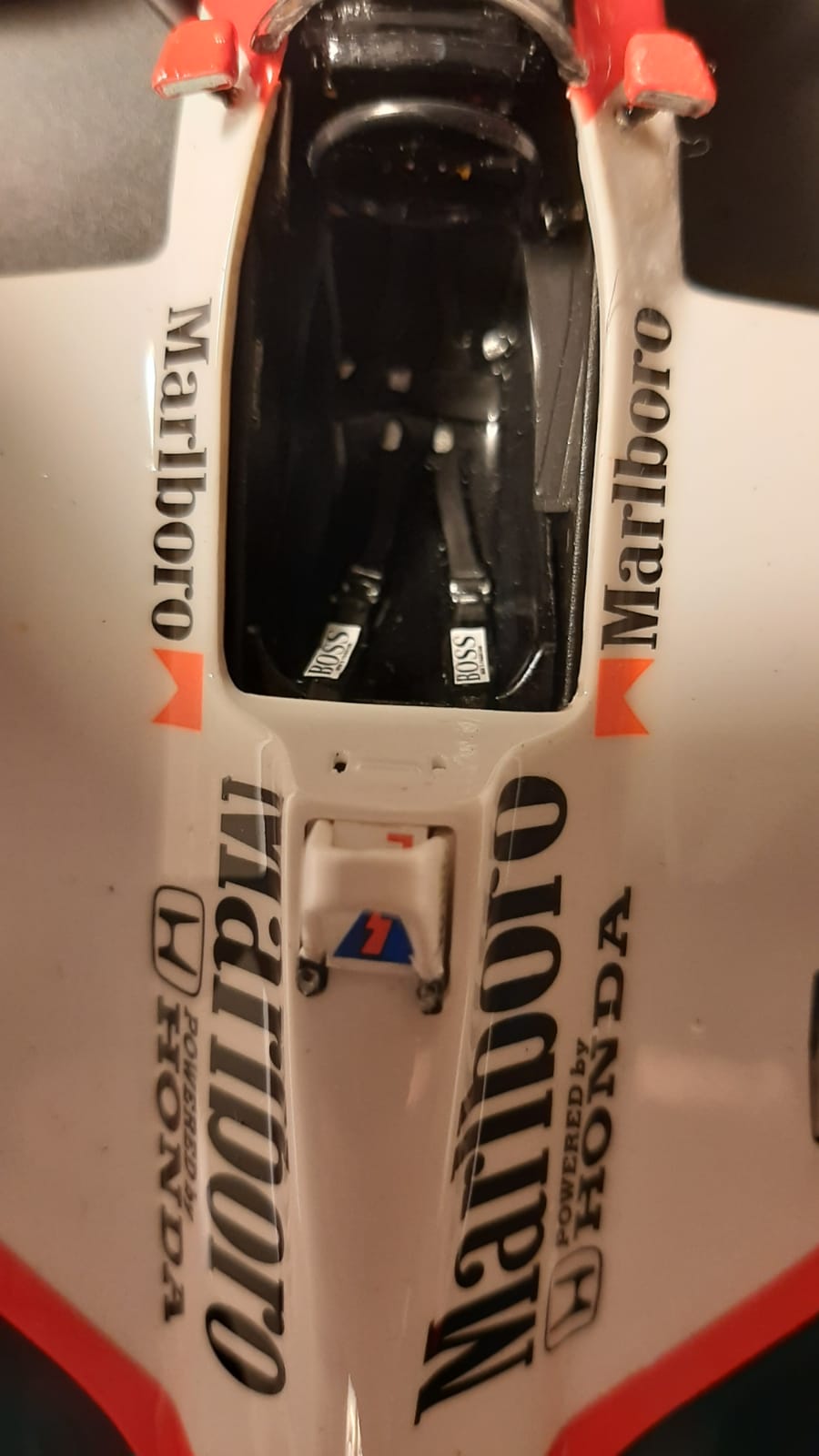 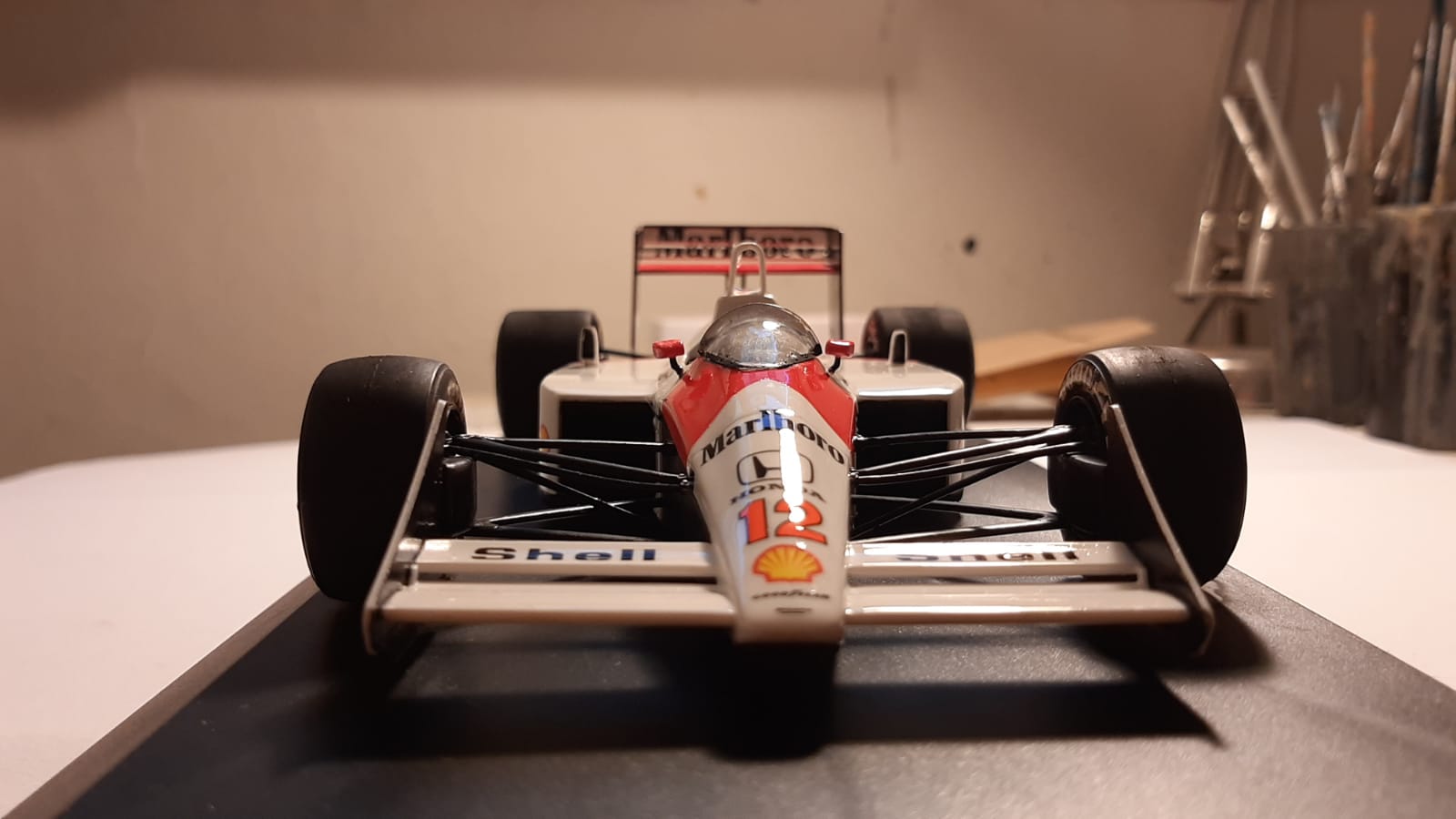 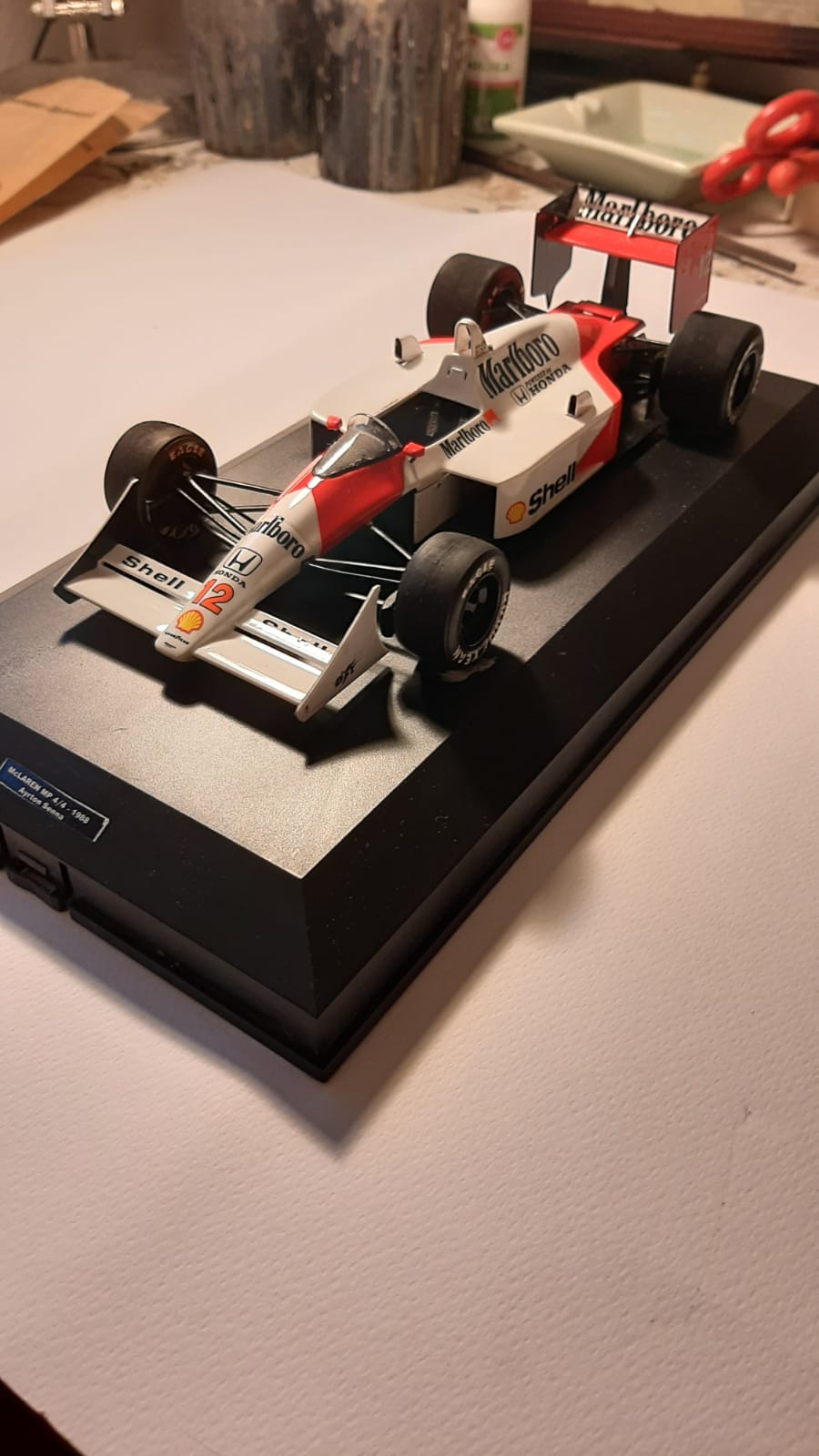 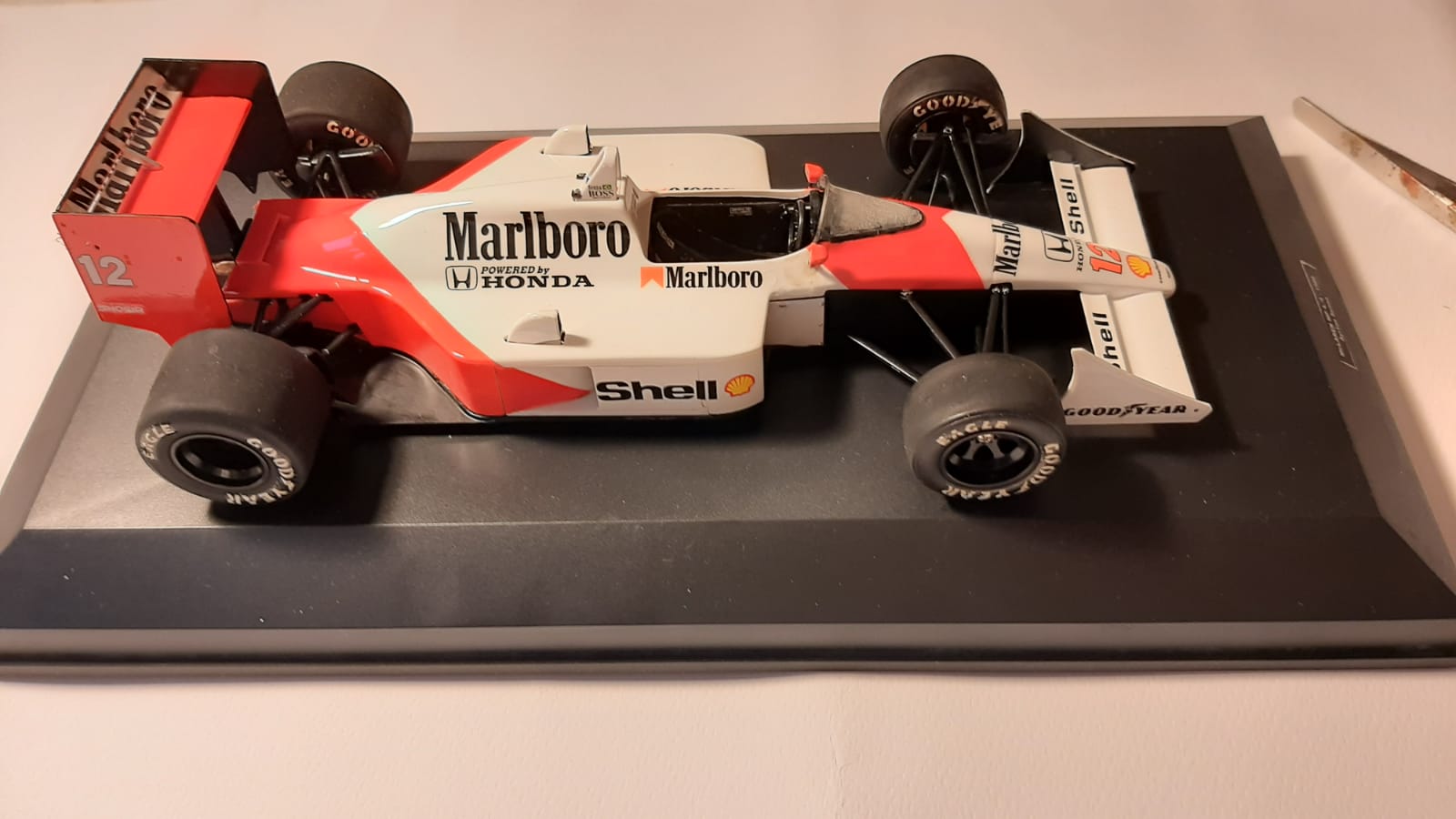 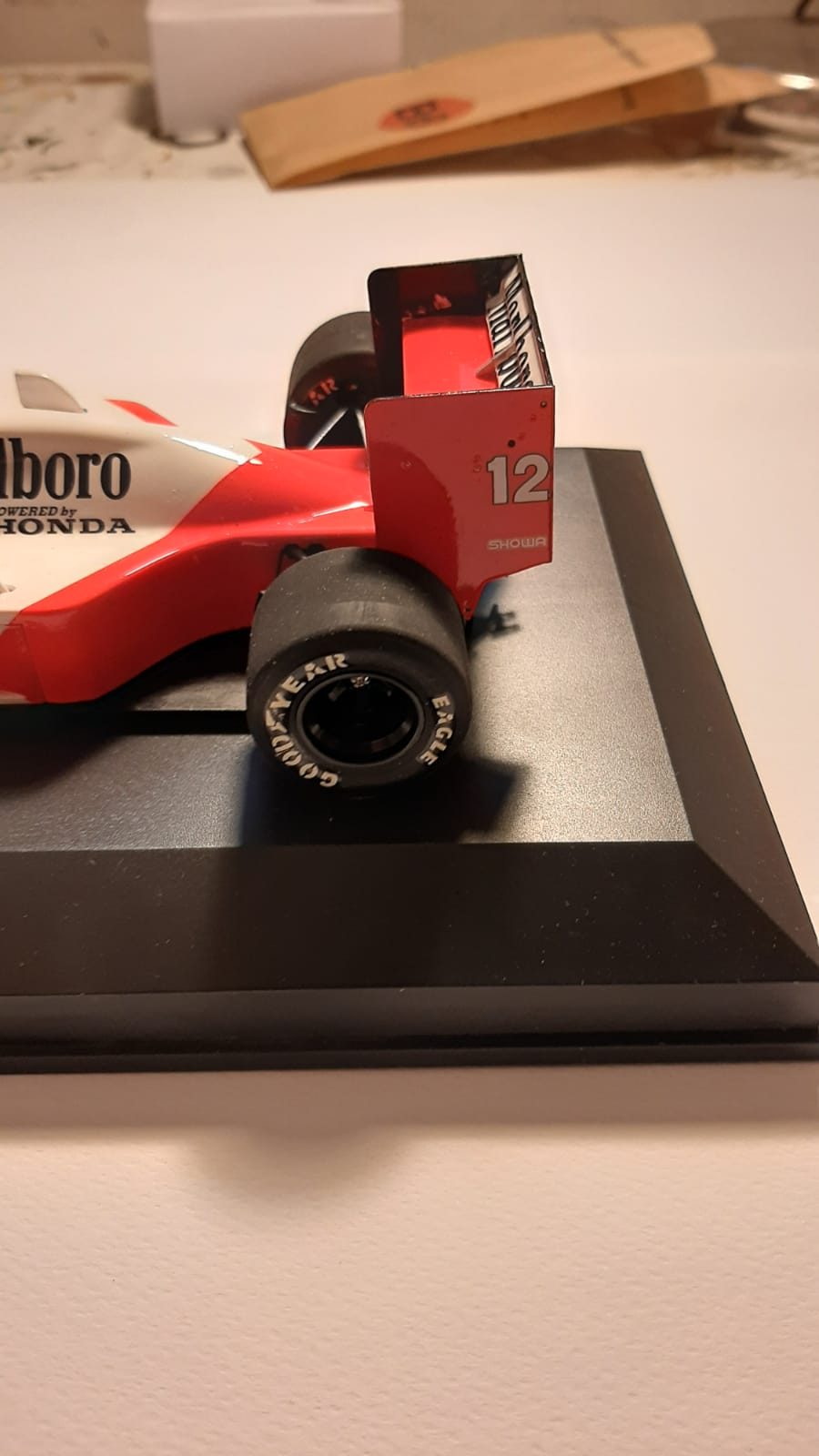 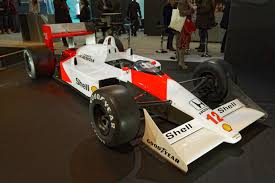 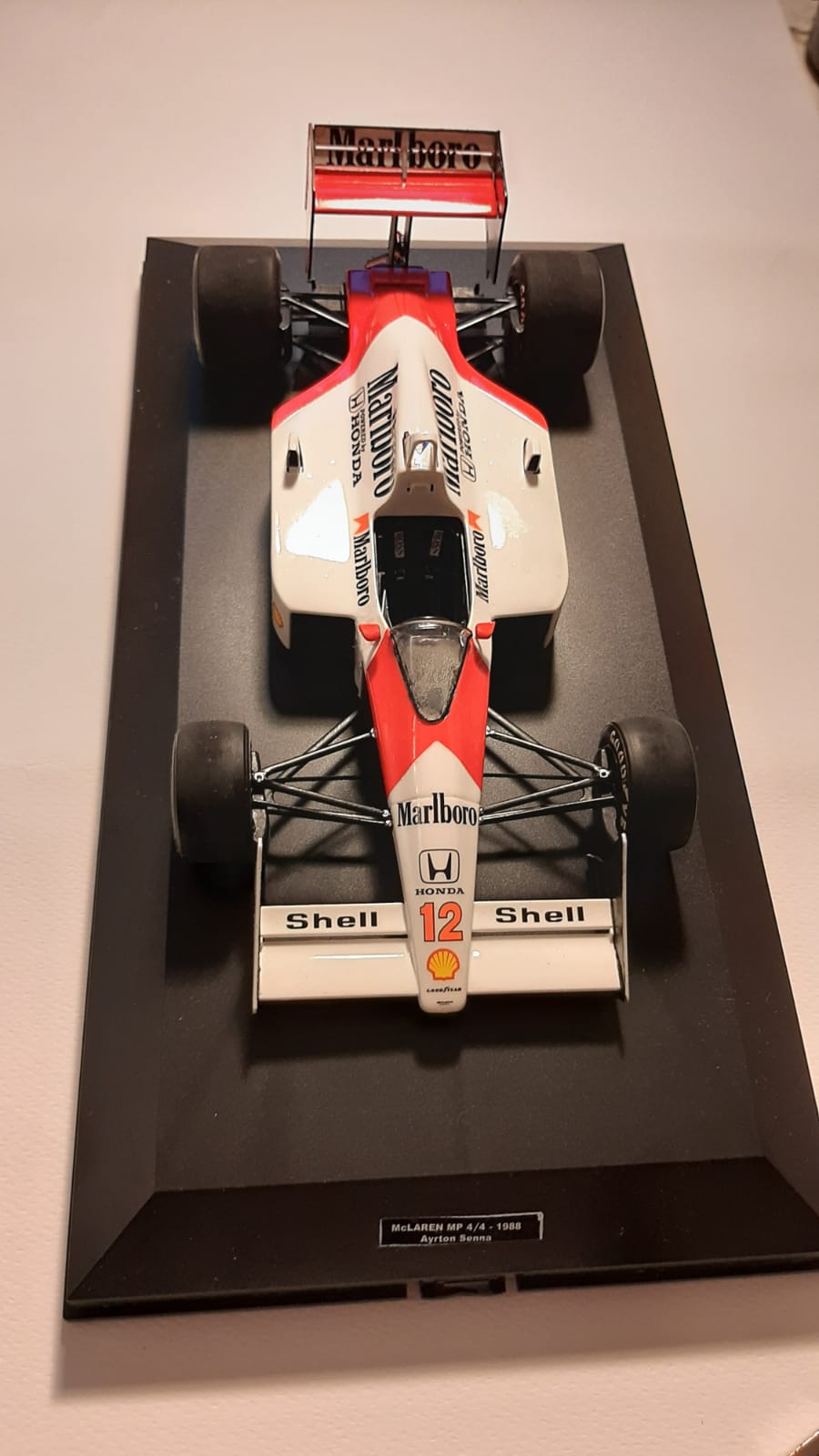 This project of mine was born above all for a tribute to Ayrton Senna who I consider the best driver of all time.

The model represents the car with which he won his first world title in 1988 after a heated duel with Prost.

The kit is from Tamiya bought from Japan, otherwise it would not have had the Marlboro lettering which is banned in many countries of the world.

For the paint I used white tamiya spray, fluo orange and  black .

For the assembly I used the Revell glue with needle which I am best , the decals were attached after having softened them in the water without other substances.

The showcase instead is by Trumpeter