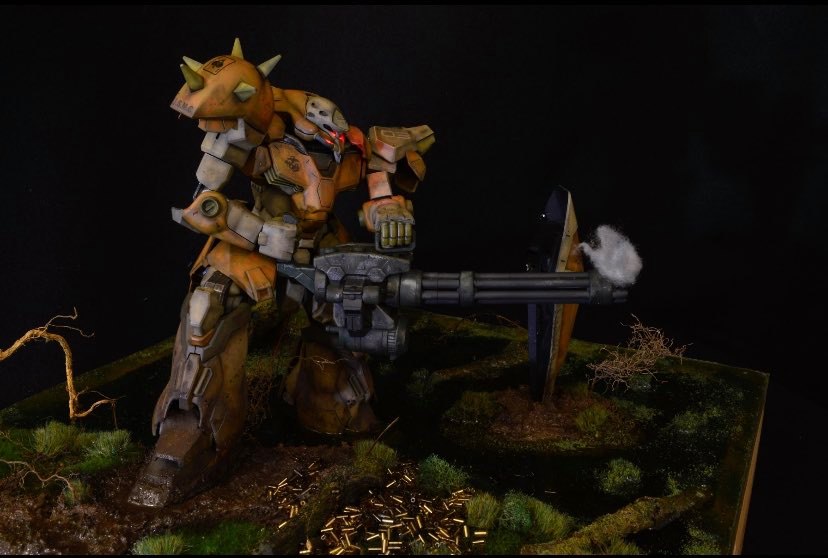 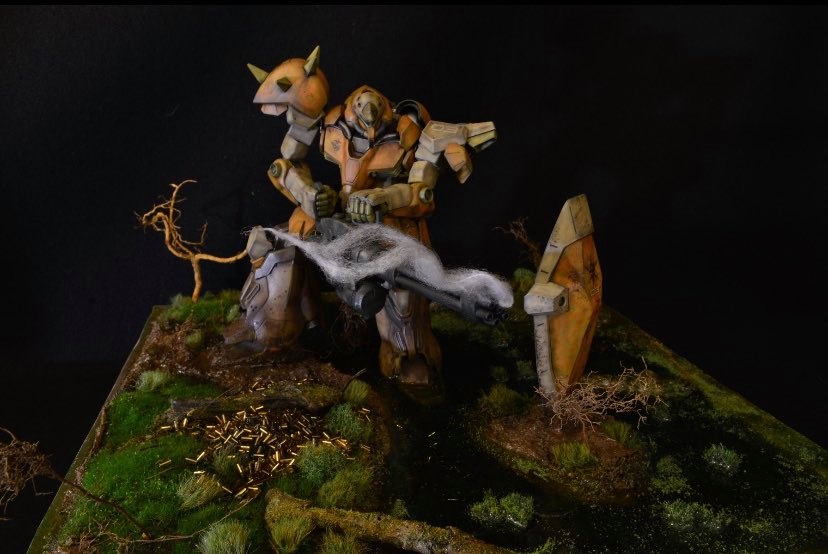 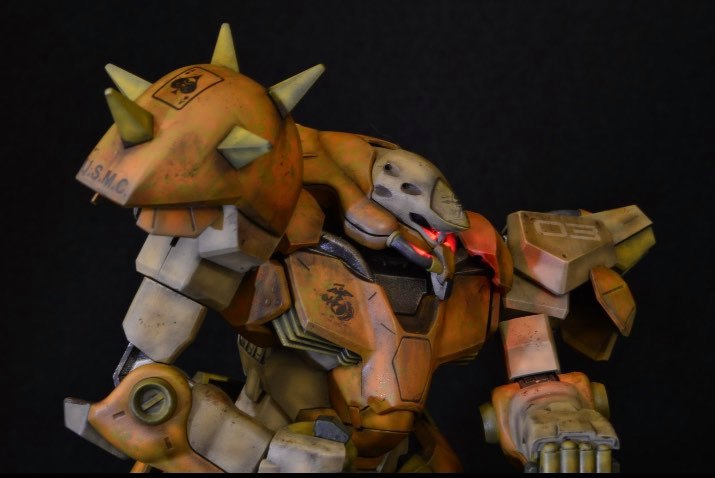 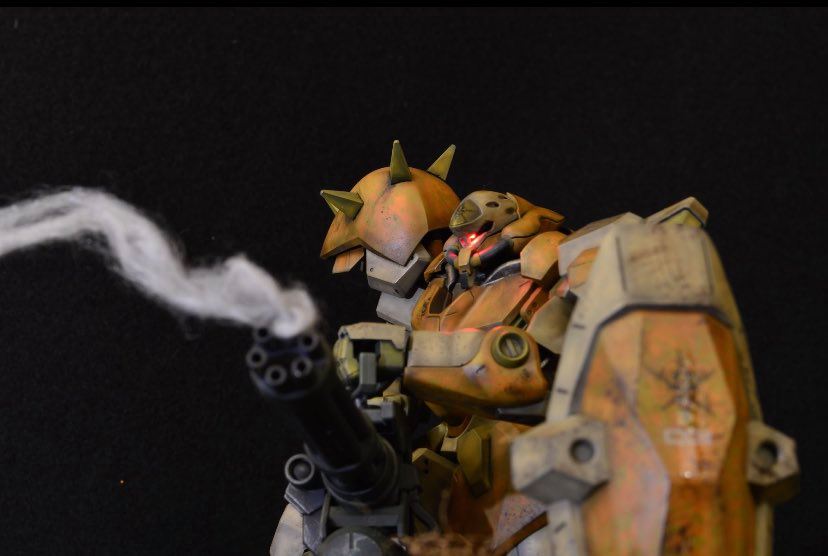 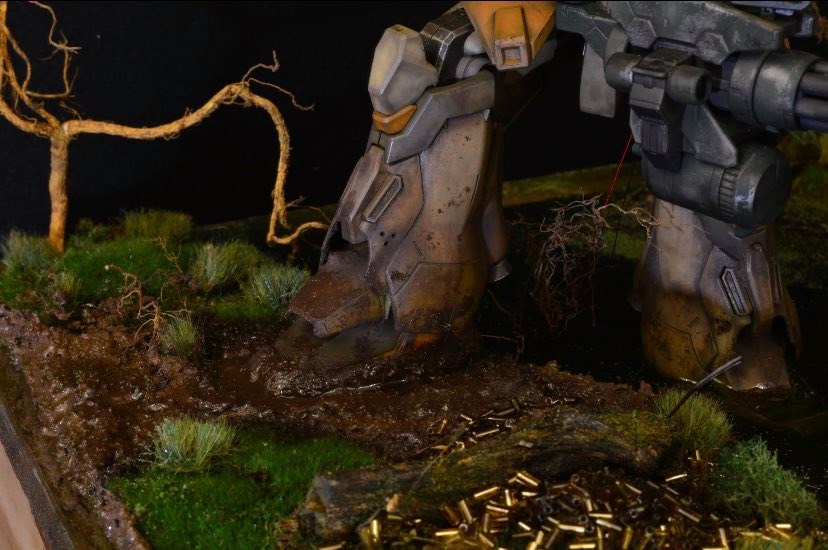 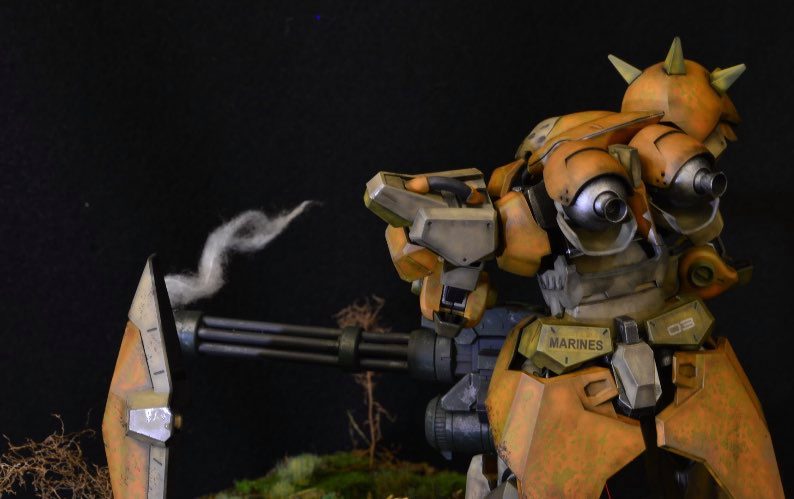 Model kit Manufacturer: Bandai Scale: 1/144 Model Kit: Messer Type-F01 Title: “Marine, hold the flank!” Project duration: This project took about a month to complete. Not sure on the hours as it was worked on during random free time (mostly weekends). Details: For the most part the kit is straight out of the box for construction, except for adding an LED light in the head. The weapon is an aftermarket product also from Bandai. Painting: On this project I primed all the parts in black using Ammo by Mig’s One Shot Primer, then used white paint (Tamiya I believe) applying the “marbling technique” or random squiggly lines on all the parts except for the weapon. For the base colors I used Tamiya, Ammo and Vallejo acrylics. I’m very bad at thinner to paint ratios so I use Vallejo’s Medium Thinner to achieve transparency. I then applied an oil paint “gunk wash” using Ammo by Mig’s Starship Filth, Oil Brusher. For streaking various enamel products by Ammo or AK. Finally I wanted to test out Ammo’s Shaders and used the grime shader to complete the weathering. Topped it off with my favorite varnish by VMS matte varnish. For the weapon Vallejo acrylics, using their chipping fluid. For the smoke, cotton from Halloween spider web decorations.