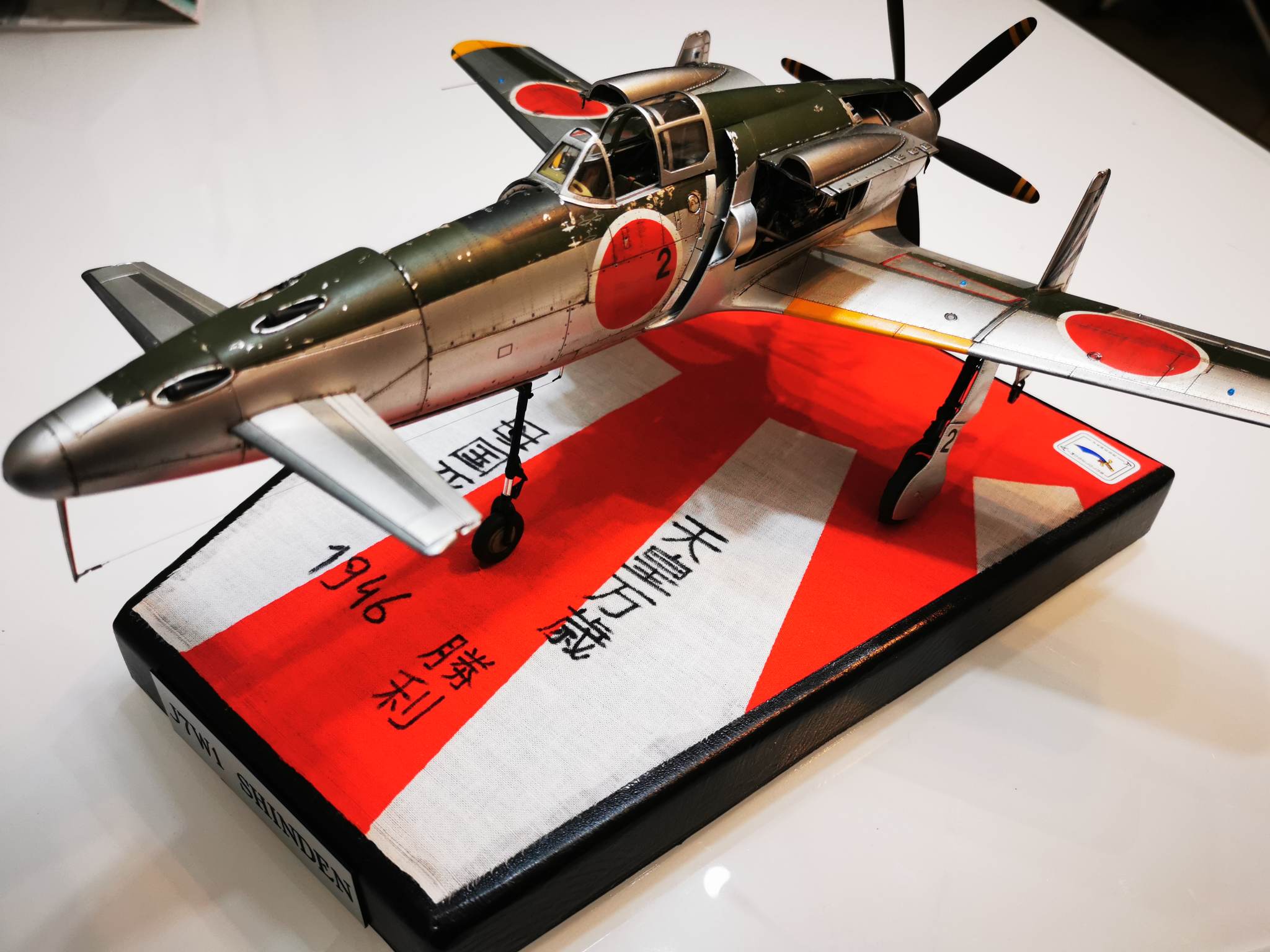 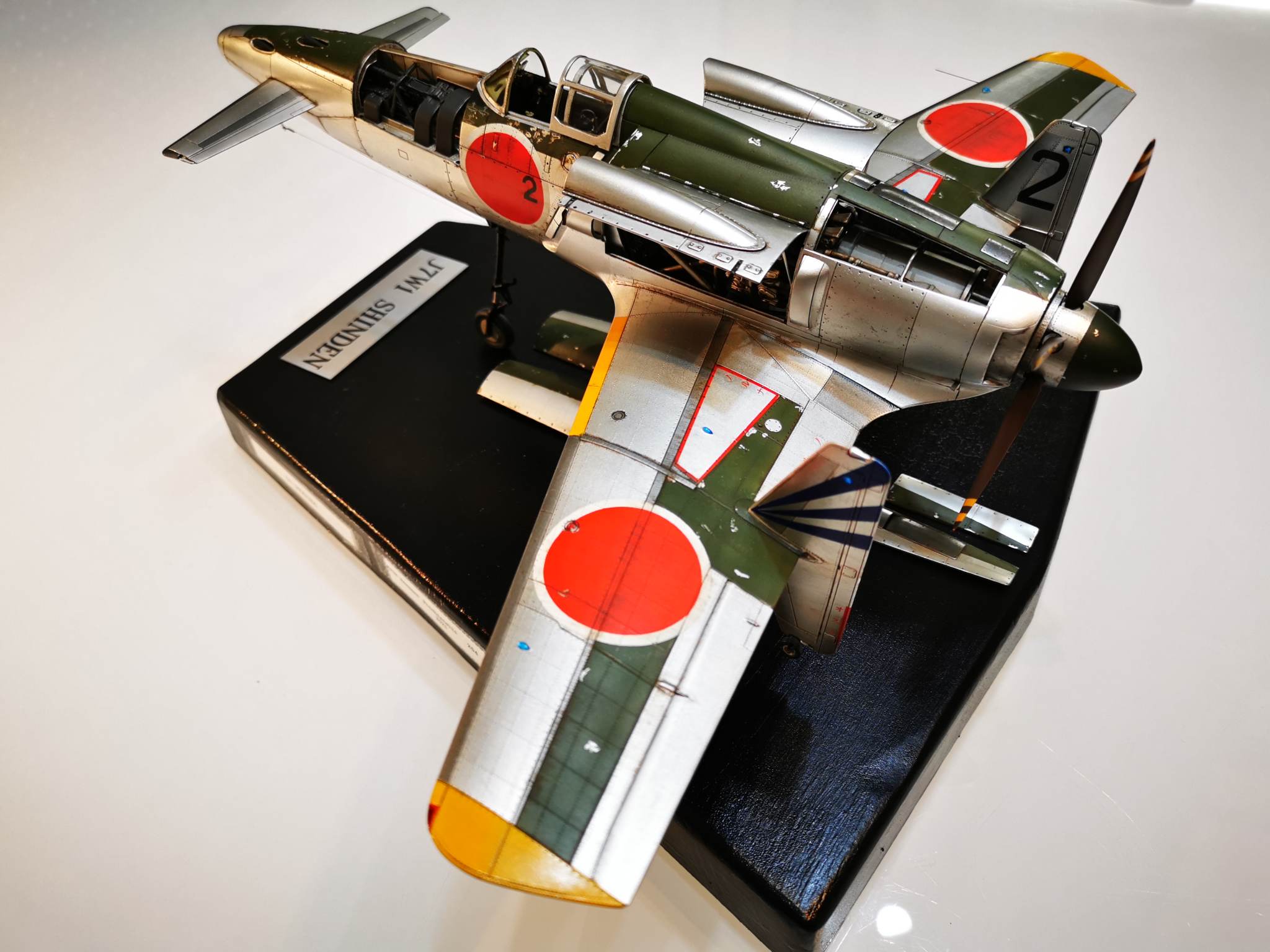 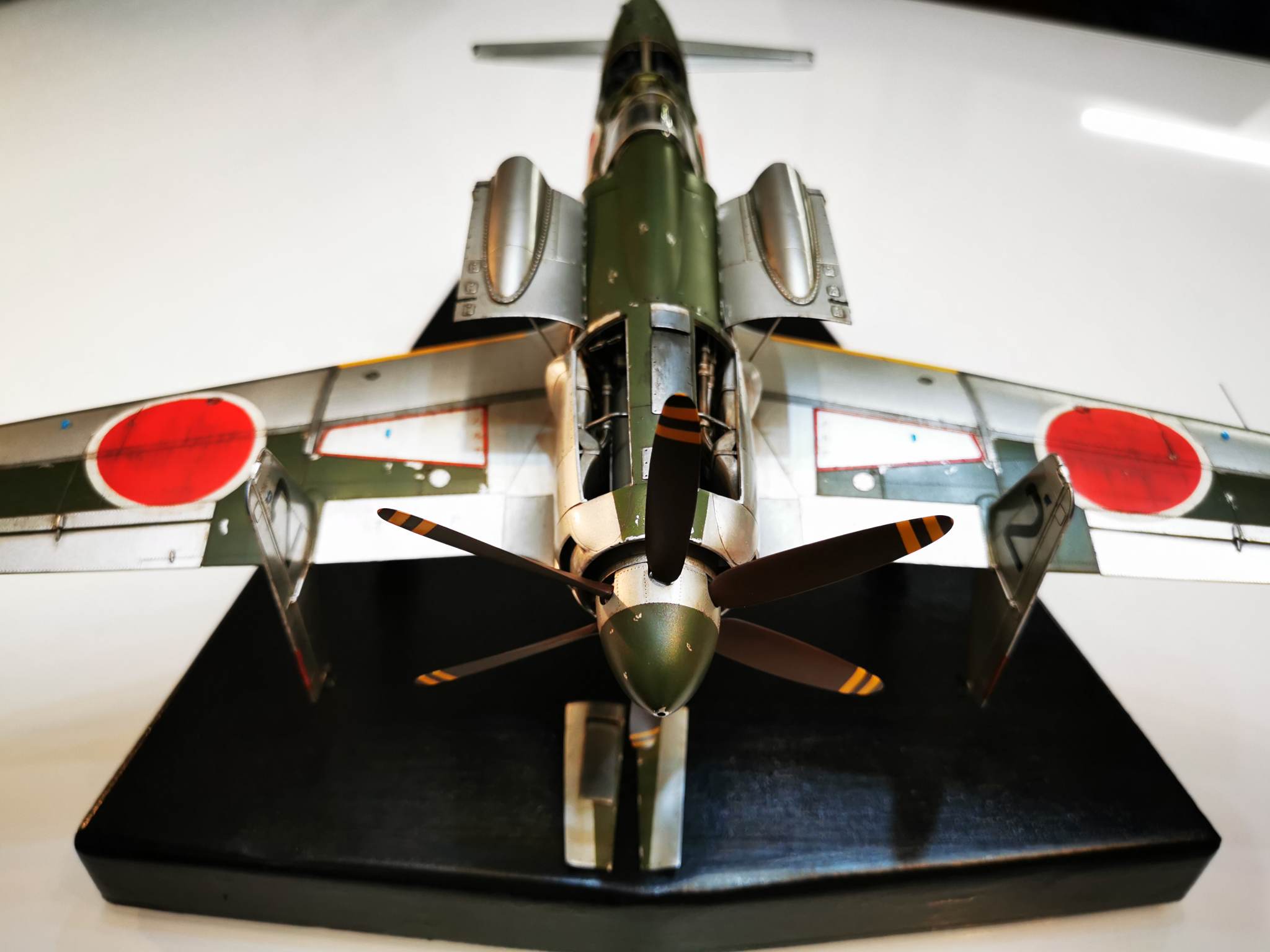 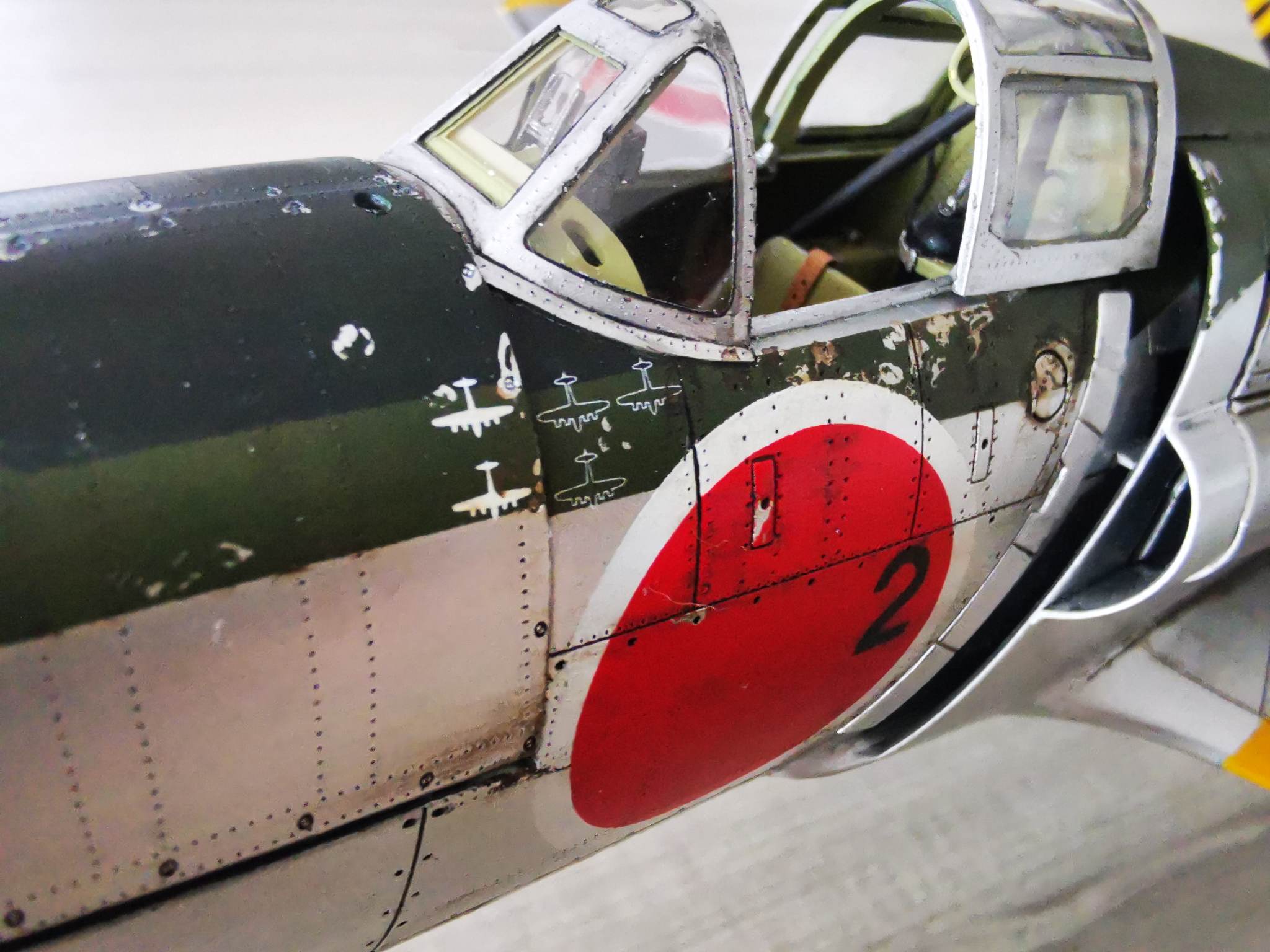 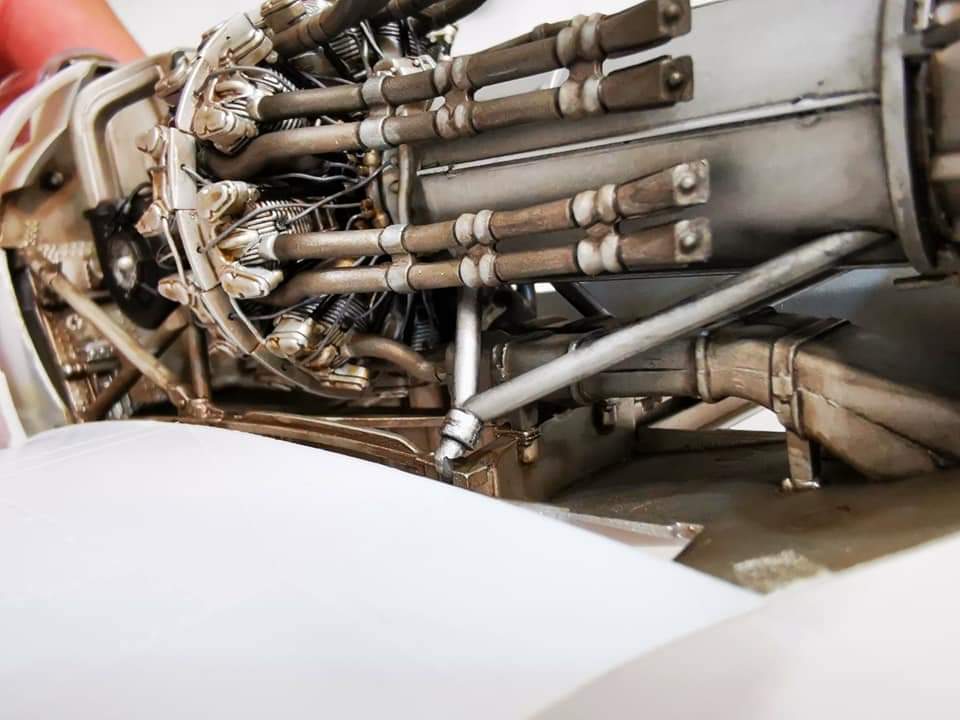 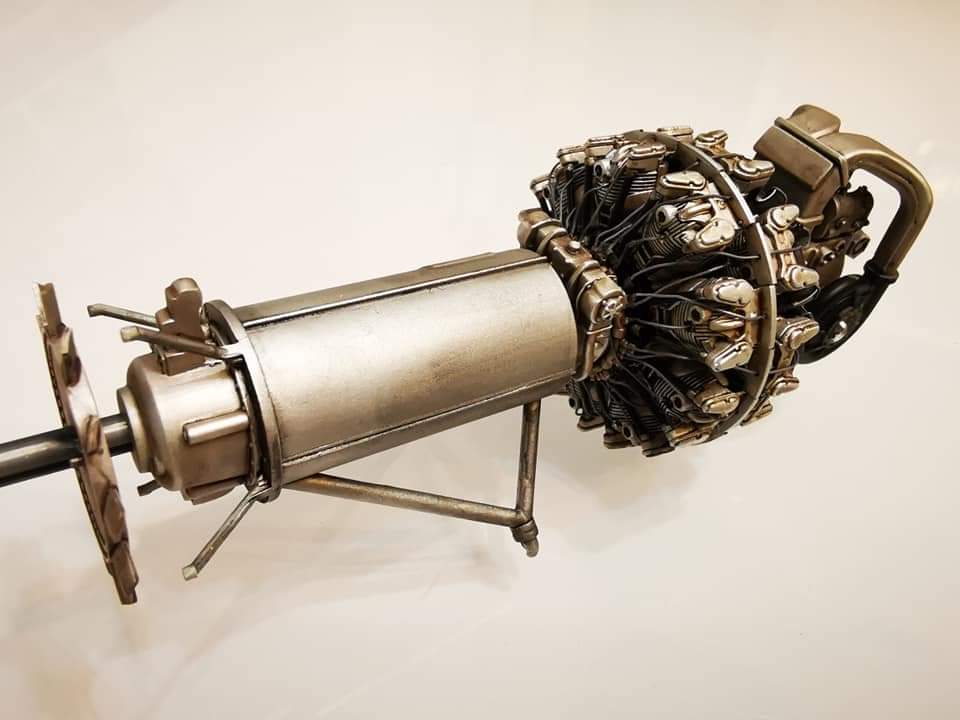 The kit is a Zoukei Moura in 1/32. The aircraft is a Kyushu J7W1 Shinden
An aircraft that really existed but didn’t get beyond prototype status for Japan’s surrender. There are videos on YouTube where you see it flying, only 2 flights, and the first was the day of the drop over Hiroshima.Not an easy kit, I’d say it ranges from Tamiya quality in certain areas to nasty Revell in others.
The cockpit received Eduard photoetched parts and RB production belts, plus self-build.
The engine has all the fuel injection and ignition lines reproduced, but sadly little is seen.
The gun bay has 4 Aber turned barrels because the ones in the kit were obscene.
Note that the real Shinden was never armed, so this model is a Whatif representation of the aircraft.
Whatif livery because I didn’t want to do it with the boring Japanese green. The Hinomaru, numbers and department insignia are all painted.
This model was awarded in Stresa in 2021 and in Moson in 2022, both with a silver medal.

The kit is a Zoukei Moura in 1/32. The aircraft is a Kyushu J7W1 Shinden