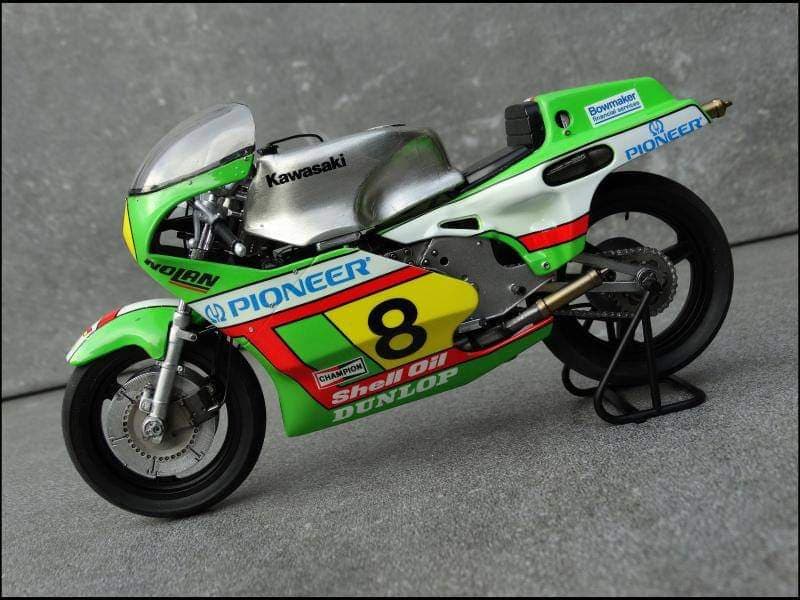 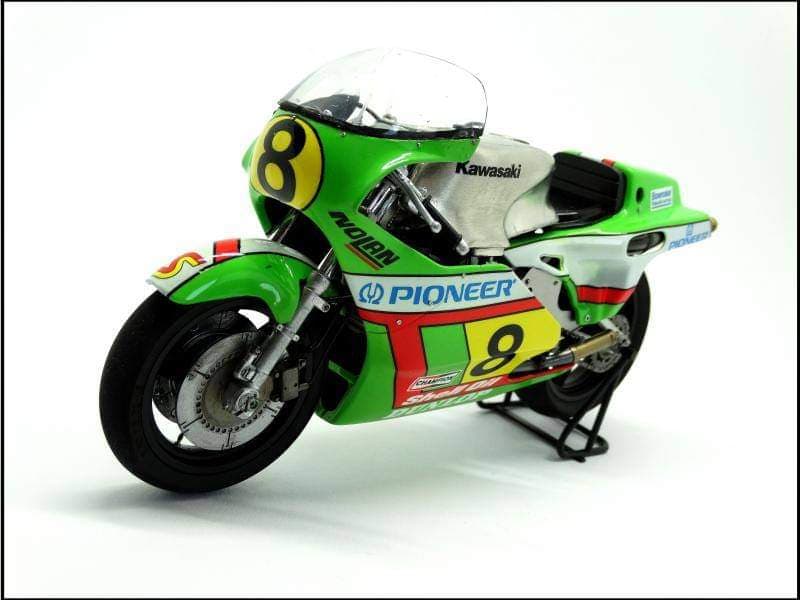 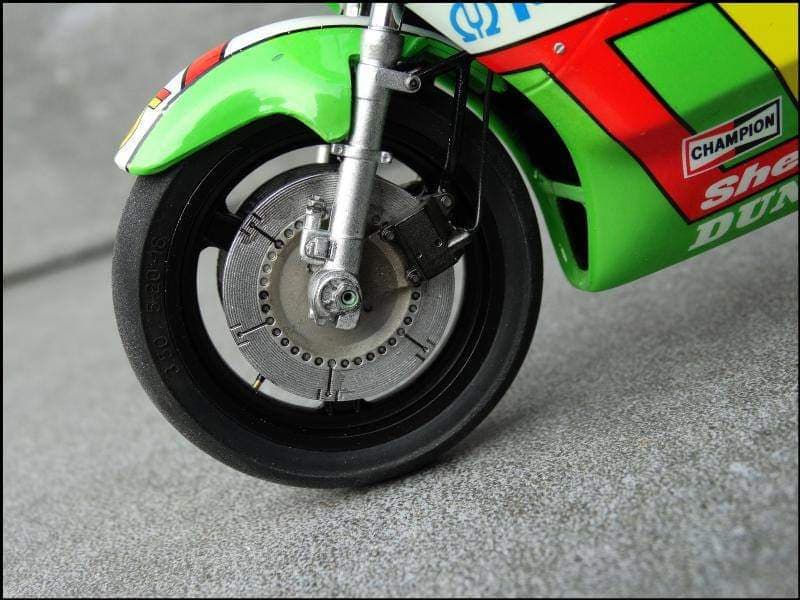 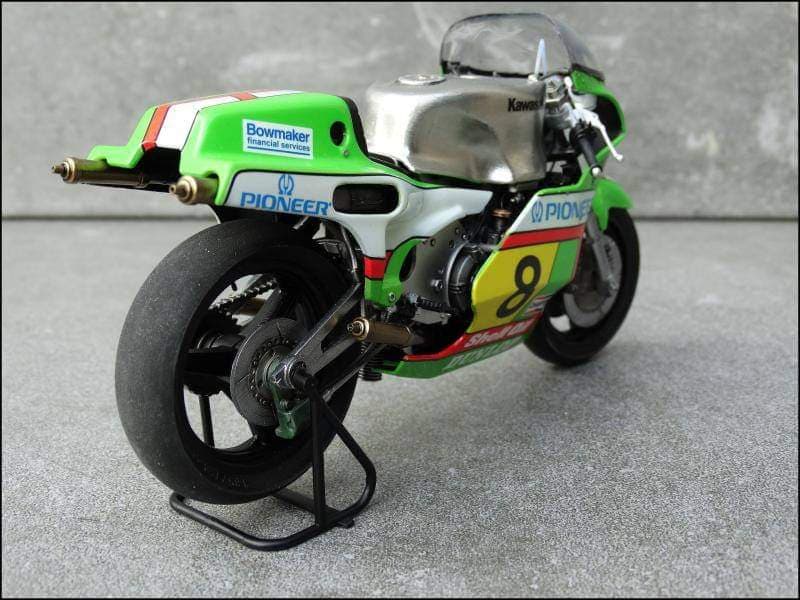 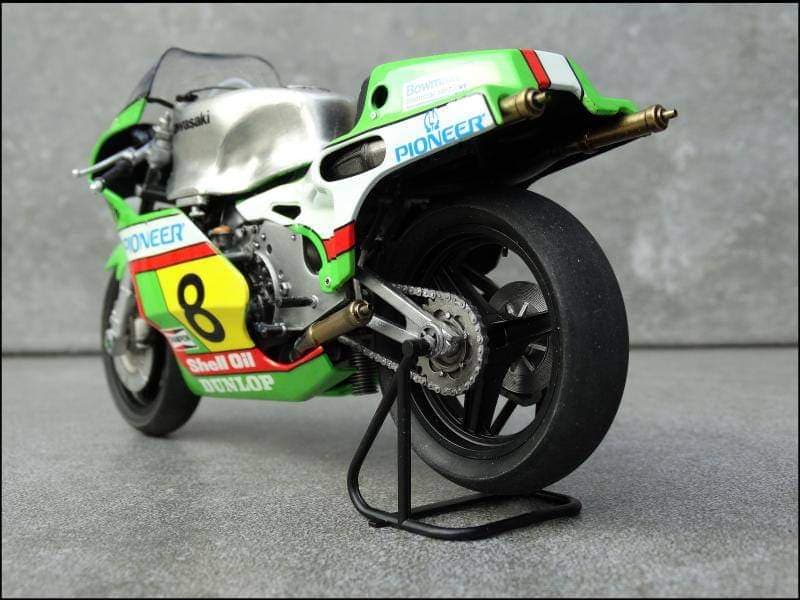 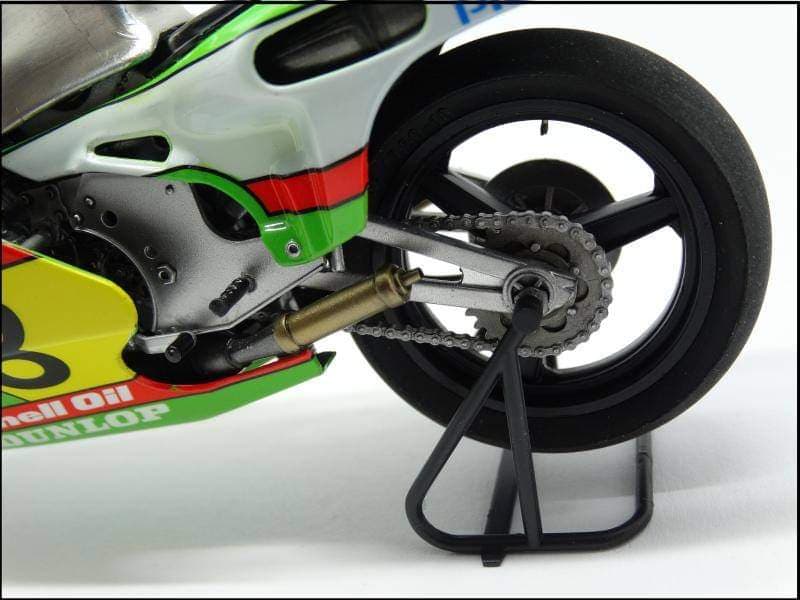 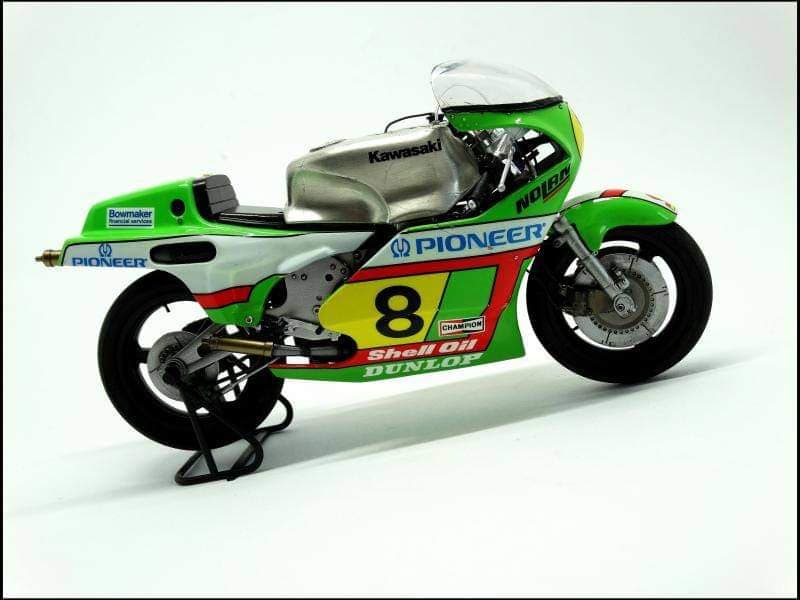 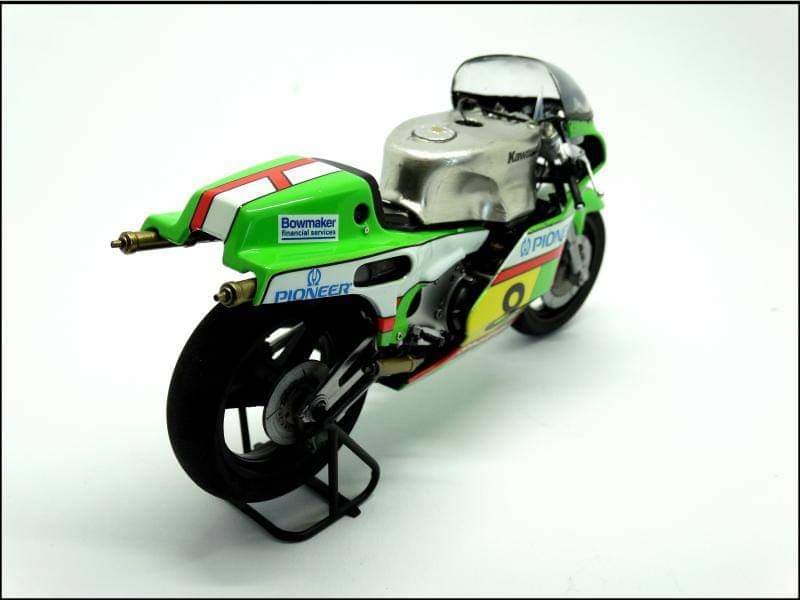 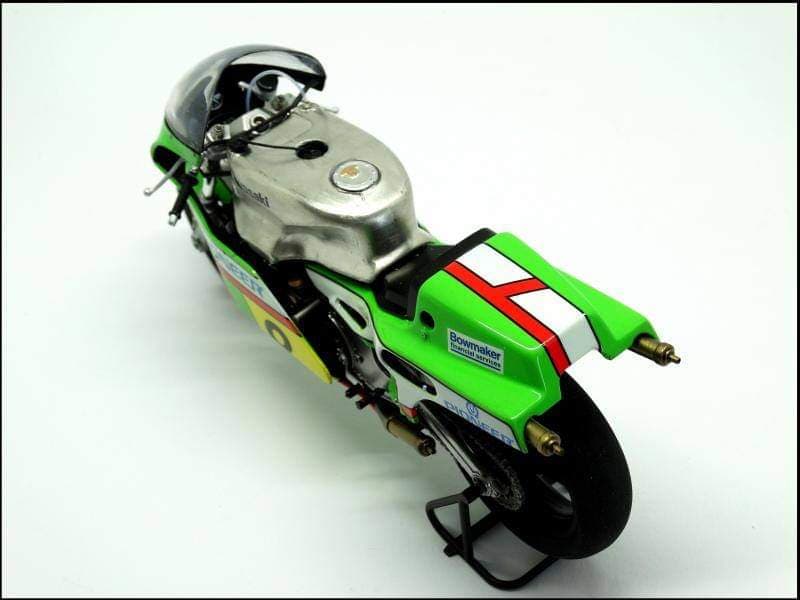 During my Covid19 quarantine time (i tested positive) i needed a simple but fun project. Since i was given a big box of old build motorcycles, i decided to restore one that was still complete. This 1/12 Tamiya Kawasaki KR500 was easy to de-assemble and the paint went of with oven cleaner very easy. Some parts were lost, but were easy to scratchbuild like the footpegs for example. I bought a new decalsheet from Blue Stuff and the correct Lime Green from Zero Paints. I started on the engine and frame. I used different metallics from Alclad. I added thinner wires for a realistic look. For the exhausts i made my own welds using thin Evergreen rods and sanded the down to get a little raised weld. With different Alclad paints I painted the exhausts, and gave them a wash as well. Then I started with the fairings. I needed to putty the seems between the glued parts. After that i sprayed the grey zero paints primer. First spraued the fairings in white. The Blue Stuff decalset also contains templates for masking the white areas. After that I sprayed the Lime Green. The great decals were added and i clearcoated them with 2k clear also from Zero Paints. I added some metal rivets on the fairings for extra detail. The tank was suggested to paint in silver, but I covered it up in Bare Metal Foil instead. The real tank is also made of aluminum and it isn’t perfect in real life either. Pure functional. Now it was time to assemble the whole bike. It fitts surprisingly well for such an old kit. Unfortunately the windshield had a lot of glue marks and a crack as well, so I painted a black trim to cover it. I really enjoyed this project and i tooke 2-3 weeks to complete. It’s not the best model I made, but remember it was a poor build model/gluebomb. I think it looks great now.