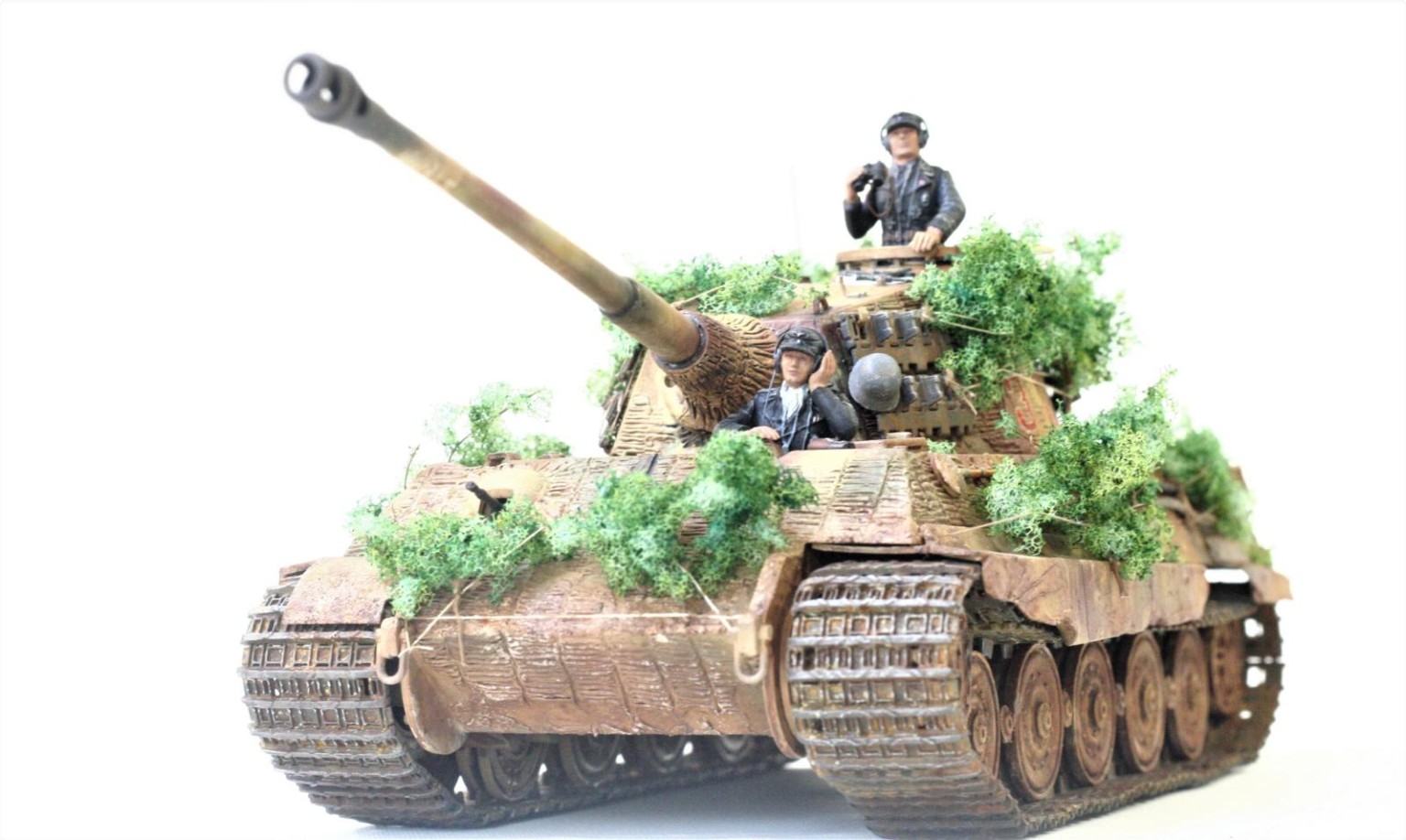 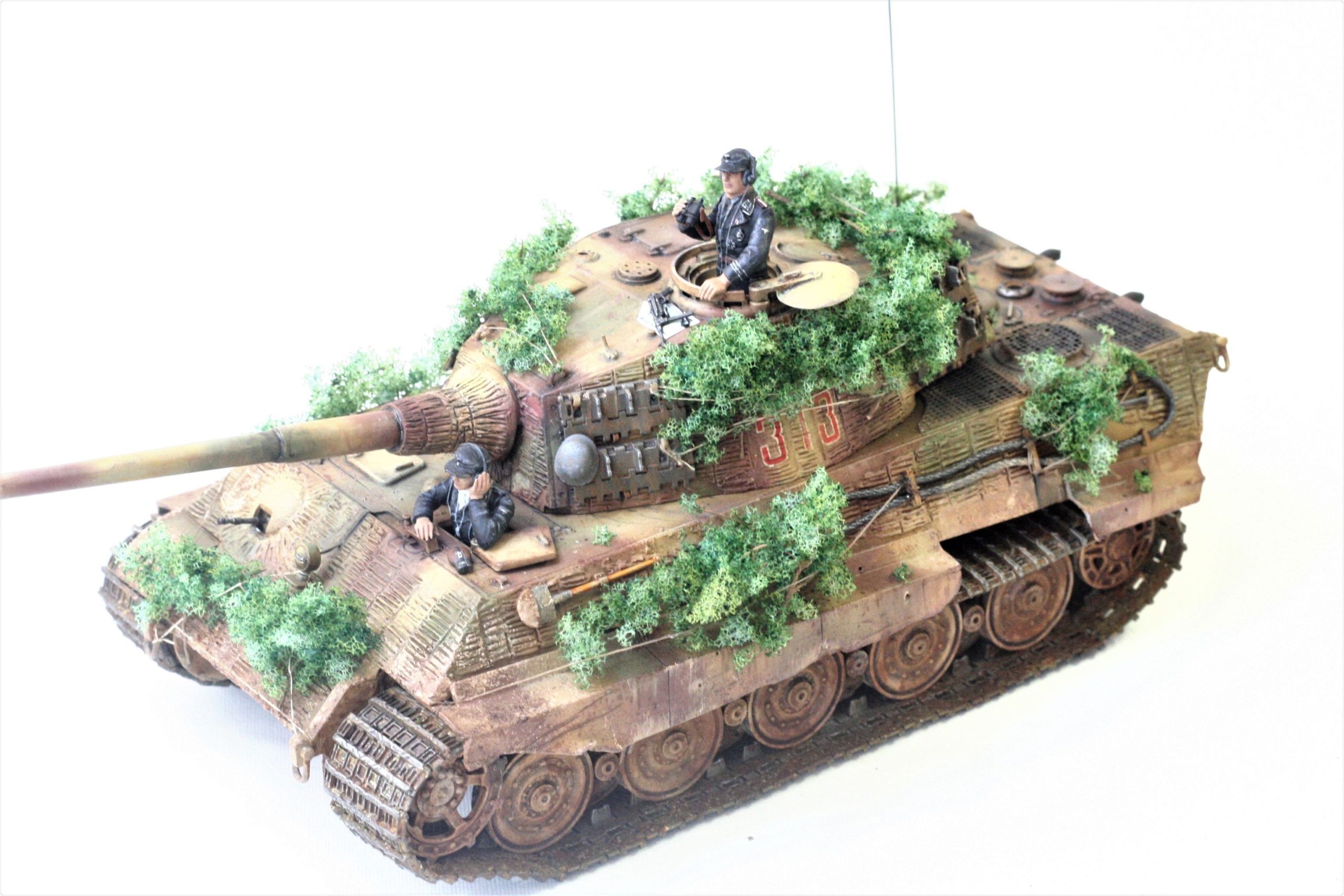 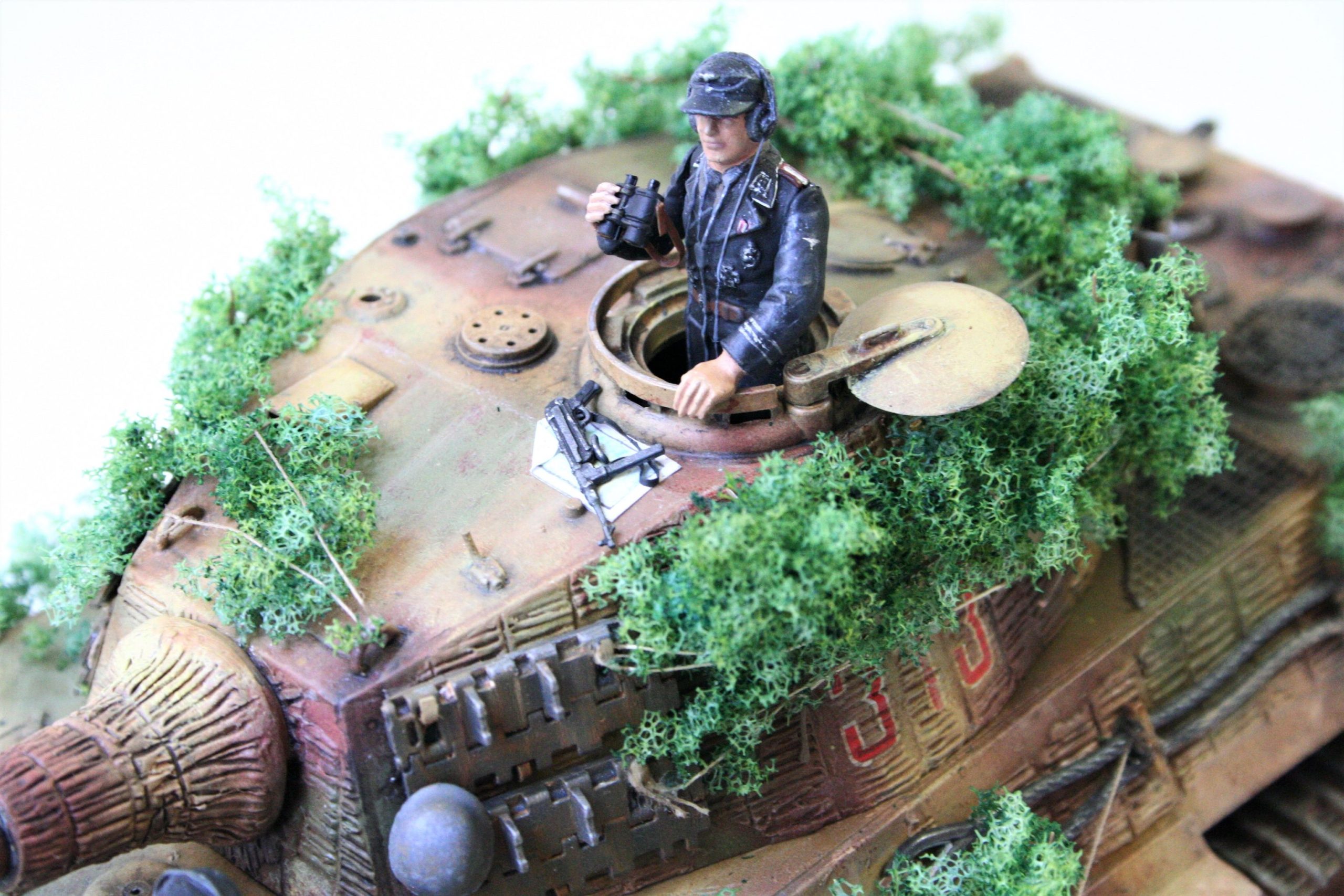 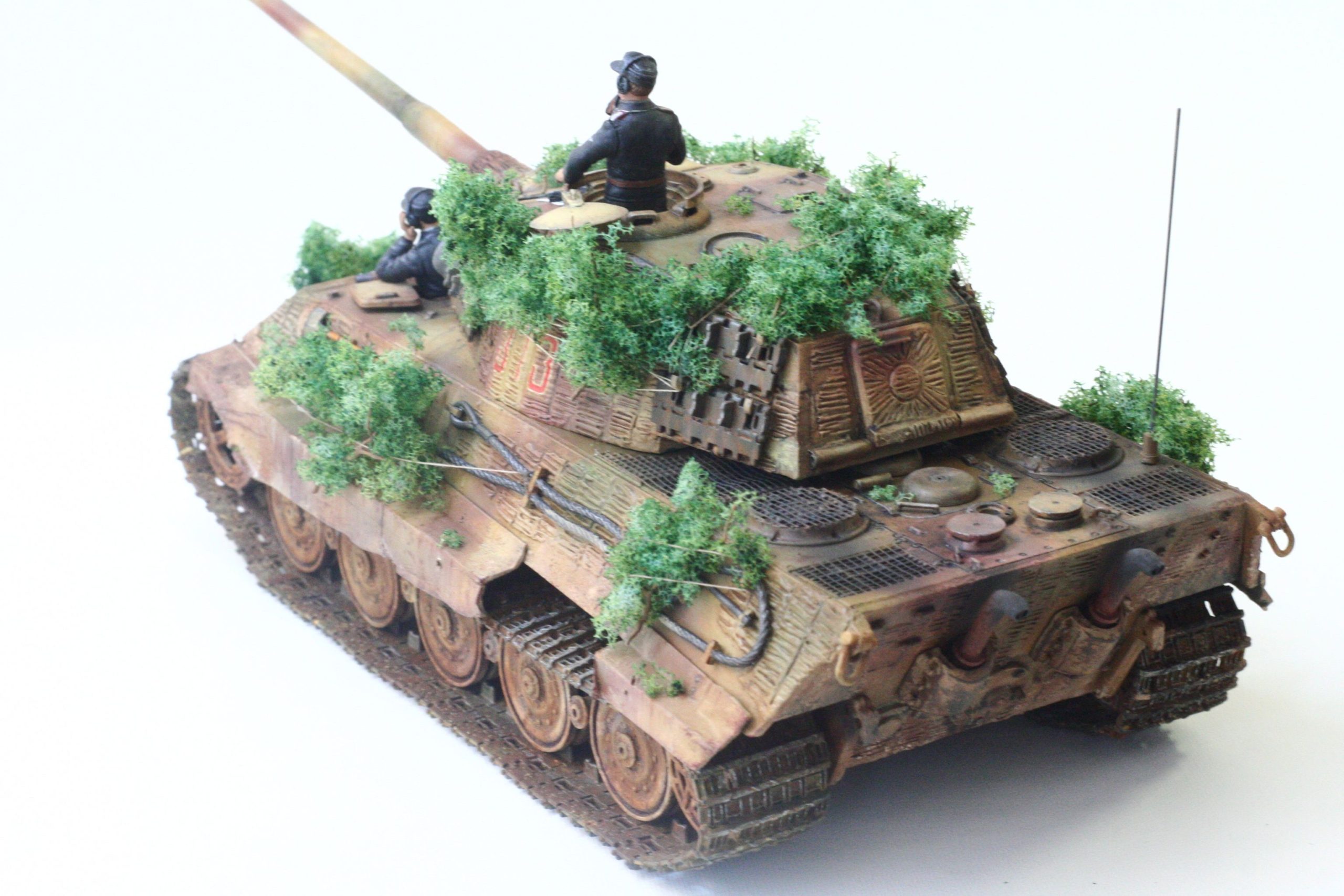 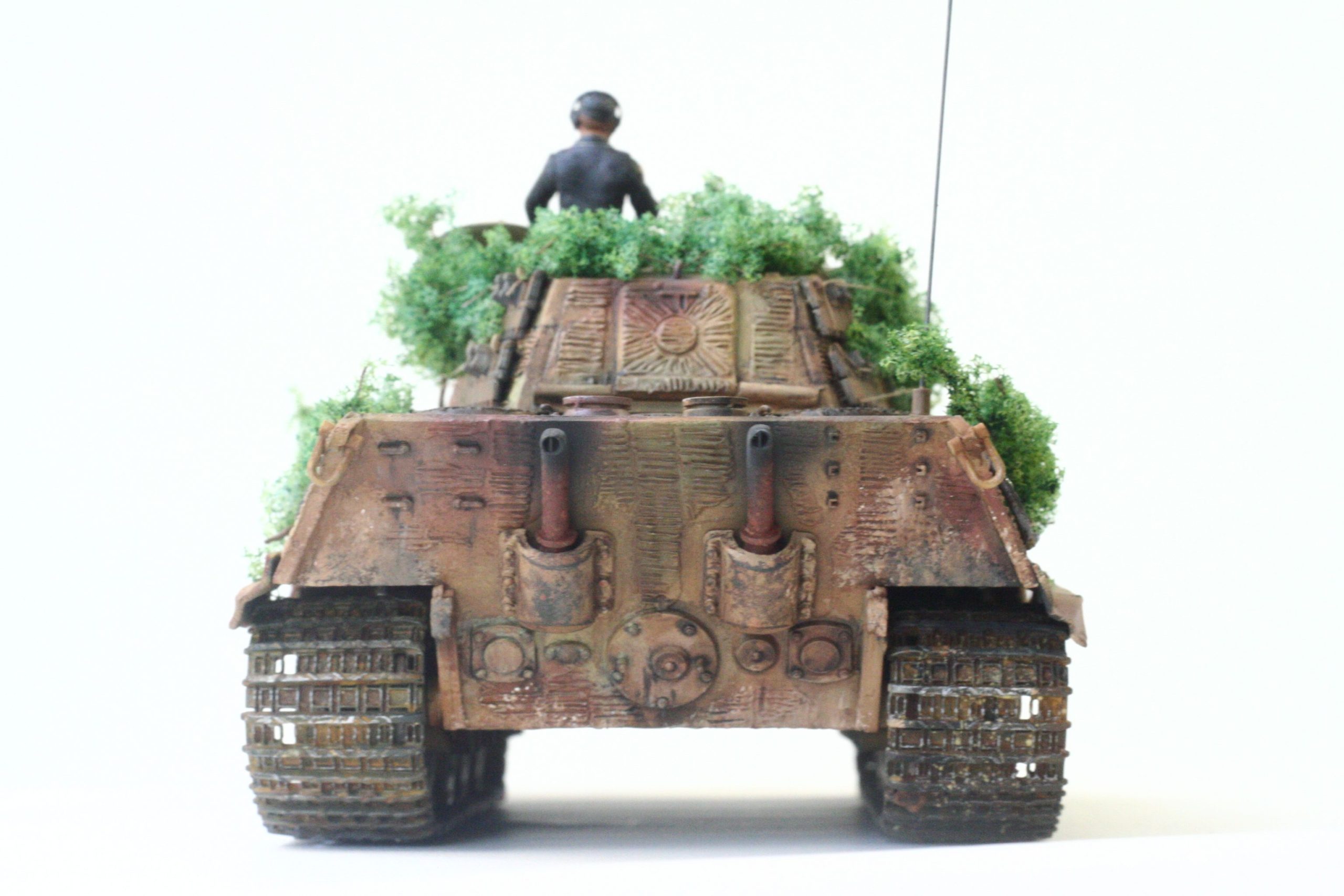 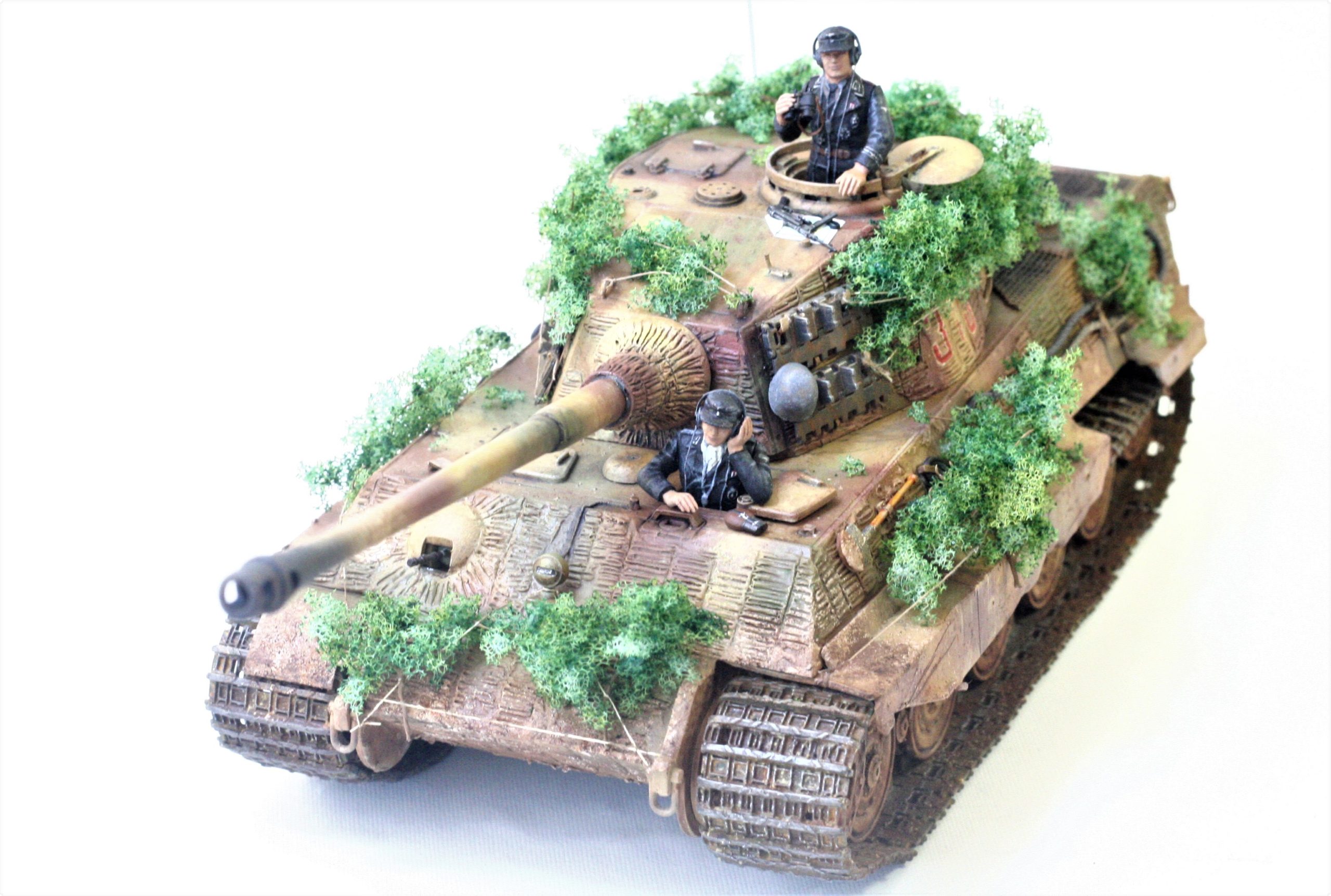 Project Name: Panzer KampfWagen VI Tiger II “Konigs Tiger” Kit: Tamiya Scale: 1/35 Description: I’ve start building the 1975 rebox kit (code MM157) of the King Tiger in the late 1980’s and, due to bad tracks, shelfed it until this spring. Back then, can’t precise when, I’ve bought a (plastic) separate tracks links for this kit which, however, remained boxed until now. During the building process, in the 1980’s, I’d covered the hull with ‘zimmerit’ and kept it untouched. With the kit almost built, it only remained the paint task and figure assembling and painting. Following that, the main course was, of course, painting the tracks. Some Youtube tutorials helped with that. Figures are from the kit, accessories from the scrap box and bushes made from wire and railway model scenes. Although vehicles and figures are both not my field of action, I enjoyed every minute of this build. Hope you like it too. Cheers, Manuel