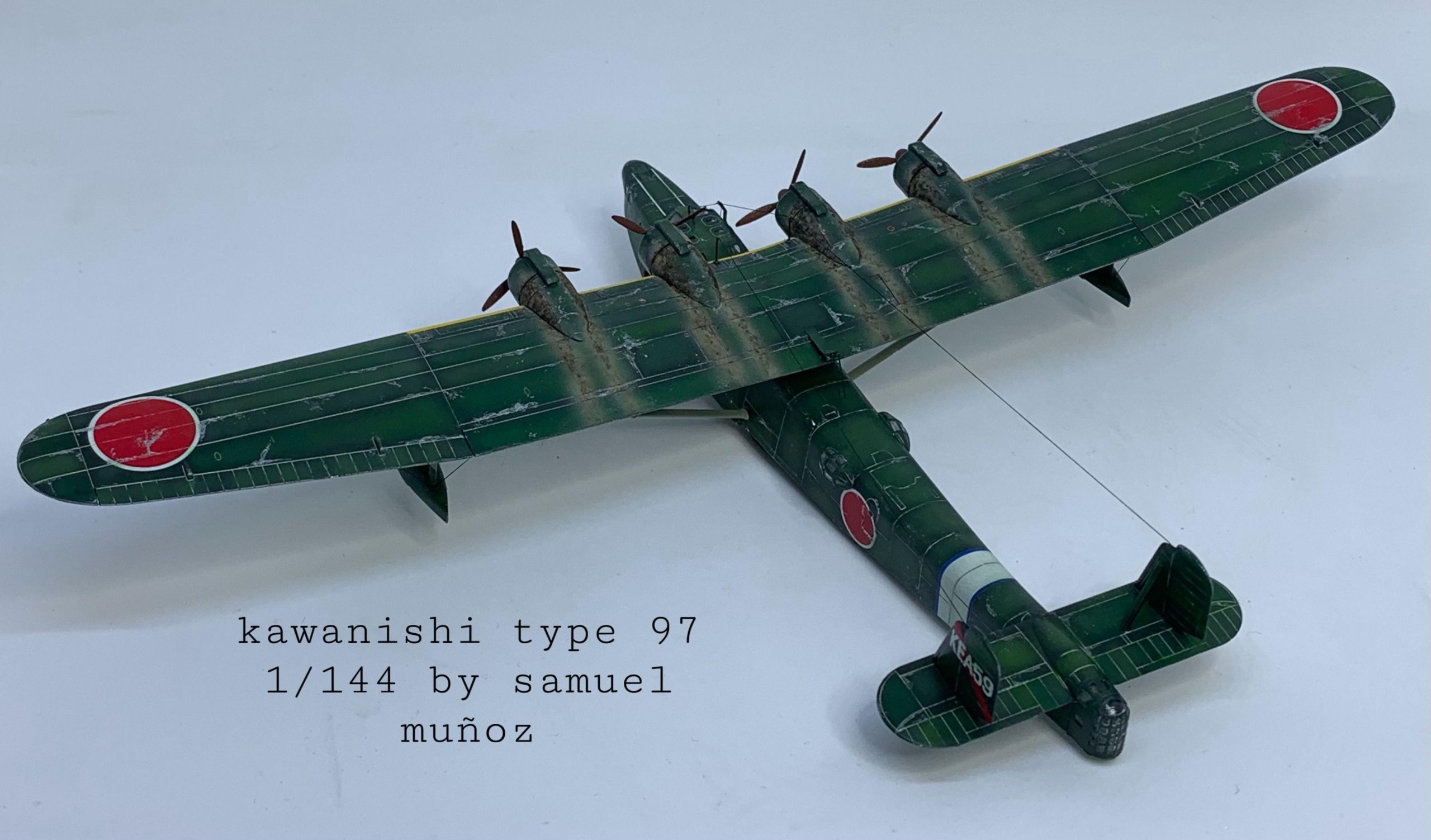 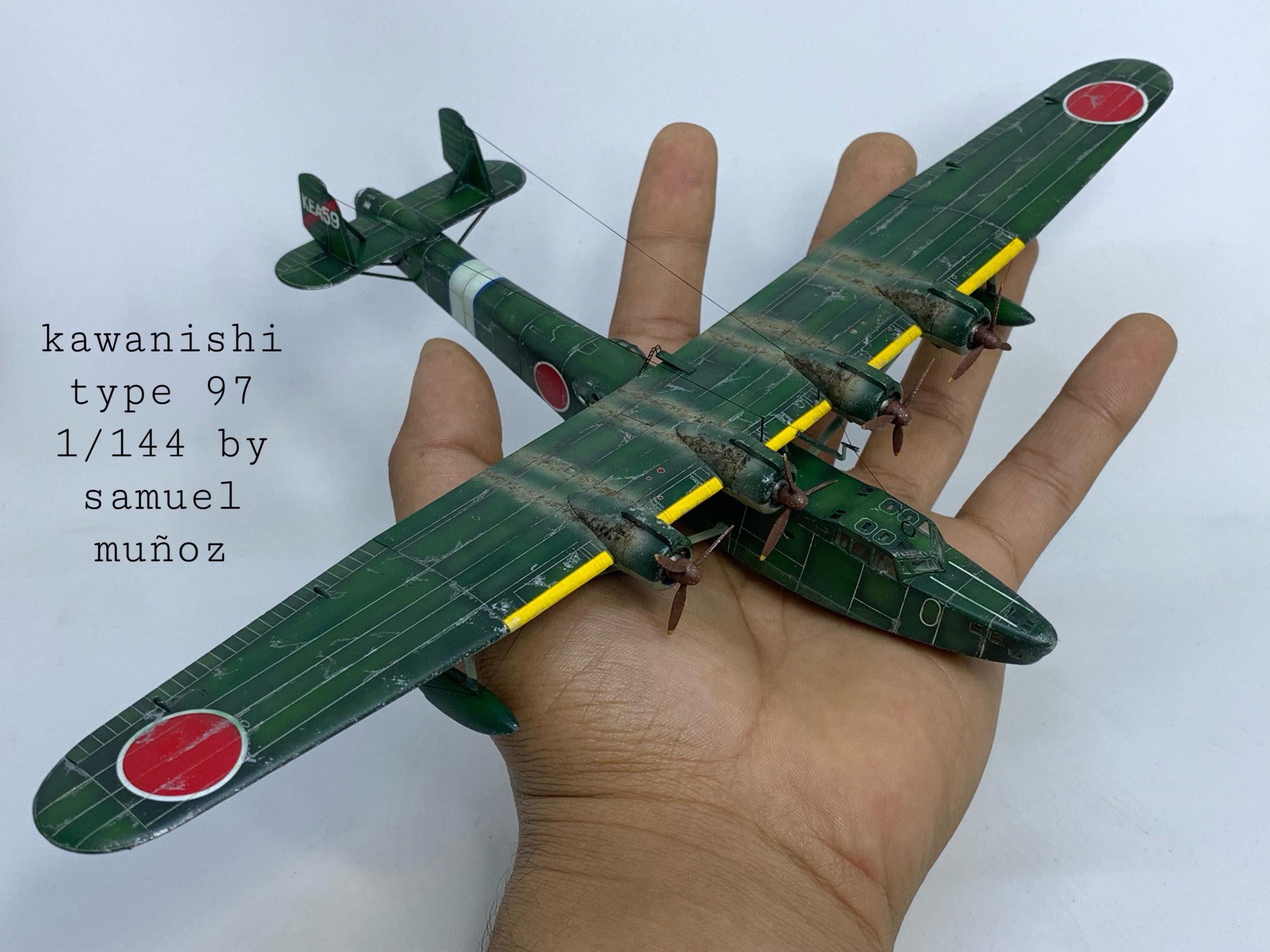 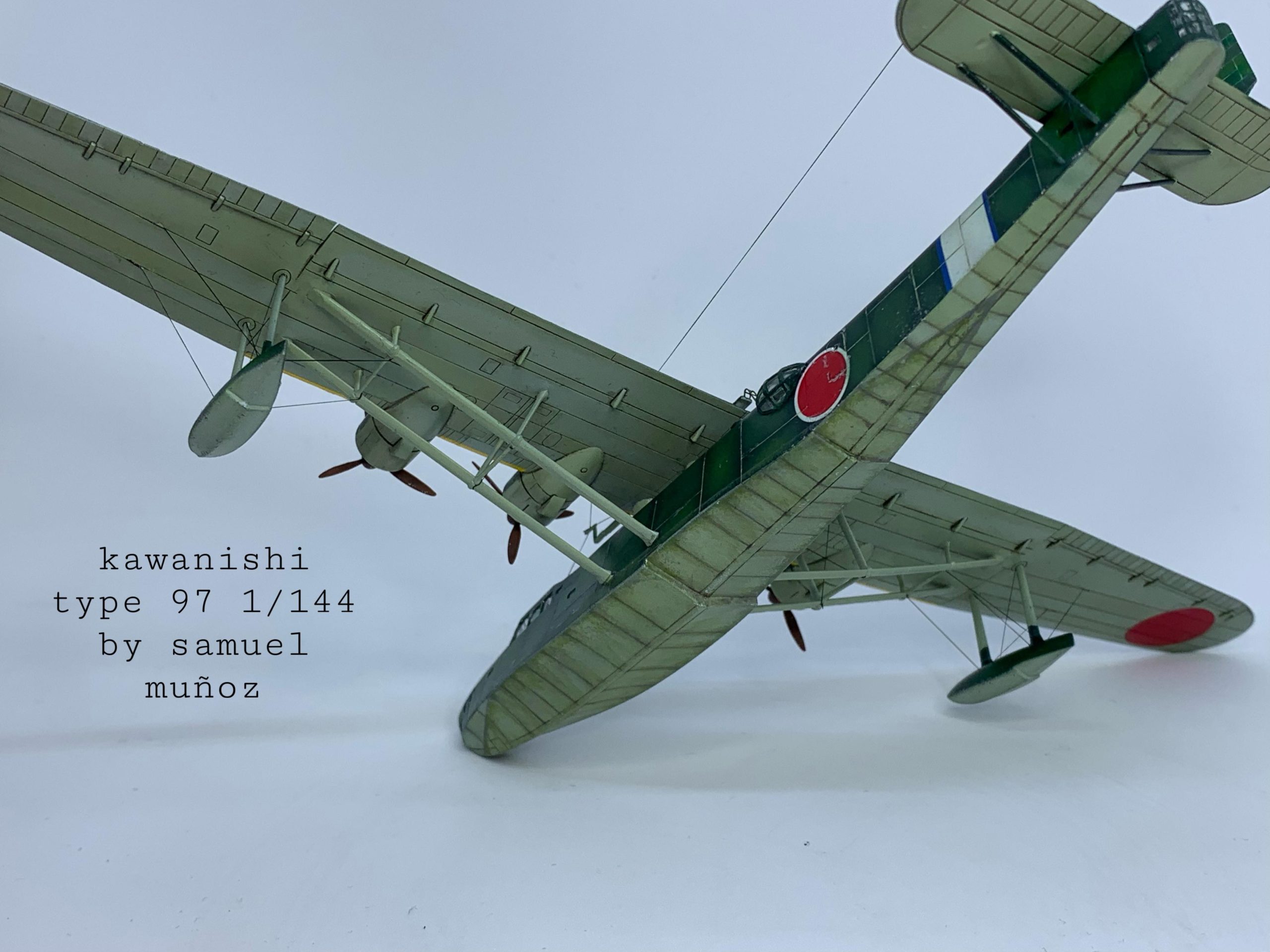 This is the Japanese Kawanishi type 97 in 1/144 scale from trumpeter, i finish the model in 24 days since its a small plane with a low number of parts, the model itself wasn’t dificult to build, smaller and minimal corrections where made like filling, sanding and cuting, some parts like the antenas and the lader on the midle wing section are made from scratch, in the bottom of the plane I paint dividíng línes with oil paint to represent individual panels, also I made the engines look more realistic by adding small cubes made of miliput inside of them simulating the radial engines. the only clear part that i use was the cockpit, for the rest of windows i use gloss varnish to form the glass, when i finish painting the plane by airbrush, ading color modulation with oils and weathering i glue the rigging in place and the model was done, im also planing to make a diorama with the plane on it probably on the near future