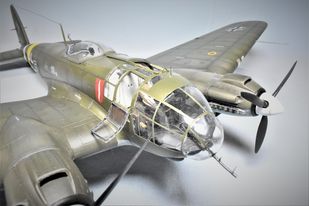 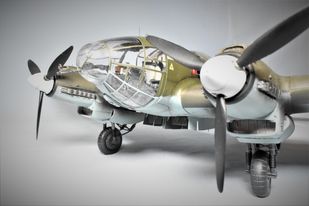 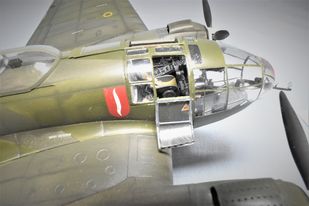 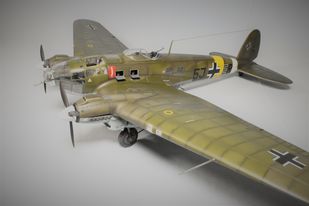 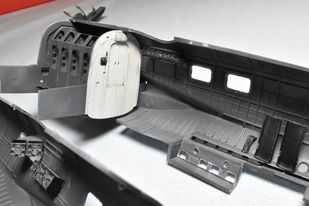 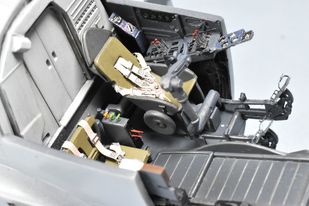 The kit is in 1/48 scale, manufactured by MONOGRAM from 1994. I usually build models in 1/32 scale, but I bought this kit from my friend also because there were a lot of EDUARD accessories for it. Specifically Interior, Exterior and Bomb Bay + resin exhausts from QUICKBOOST. The kit offers three variants from different periods. I chose Heinkel H-4 7./KG4, Lybia, North Africa, 1942. The cockpit looks very detailed and nice after using PE accessories. There are a lot of accessories in the other area of ​​the fuselage, but unfortunately they are not visible after assembly, so it’s actually just that “I know they are there”

Colors: I used Tamiya XF-63 German Gray for the cockpit and interior of the fuselage and Tamiya AS-20 for the bulkheads. I used the shade Tamiya XF-23 Light Blue on the bottom of the plane. Camo is available in Gunze FS 34050 and FS 34079 Decals: I used Decals directly from the kit. Unfortunately, due to their age, they disintegrated during application, but they were finally almost completely preserved. Adjustable: Due to its year of production, the model builds relatively well without major problems.