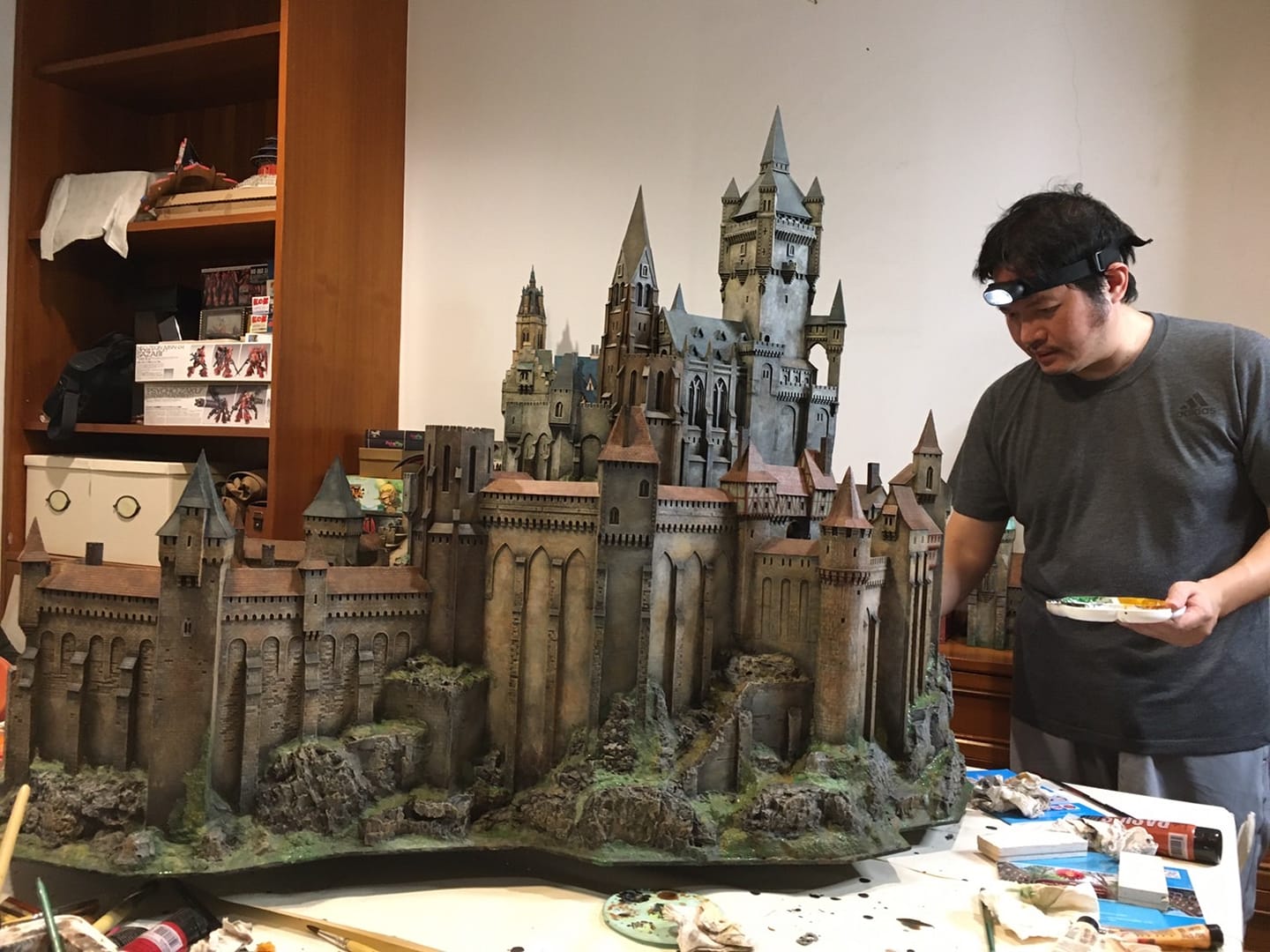 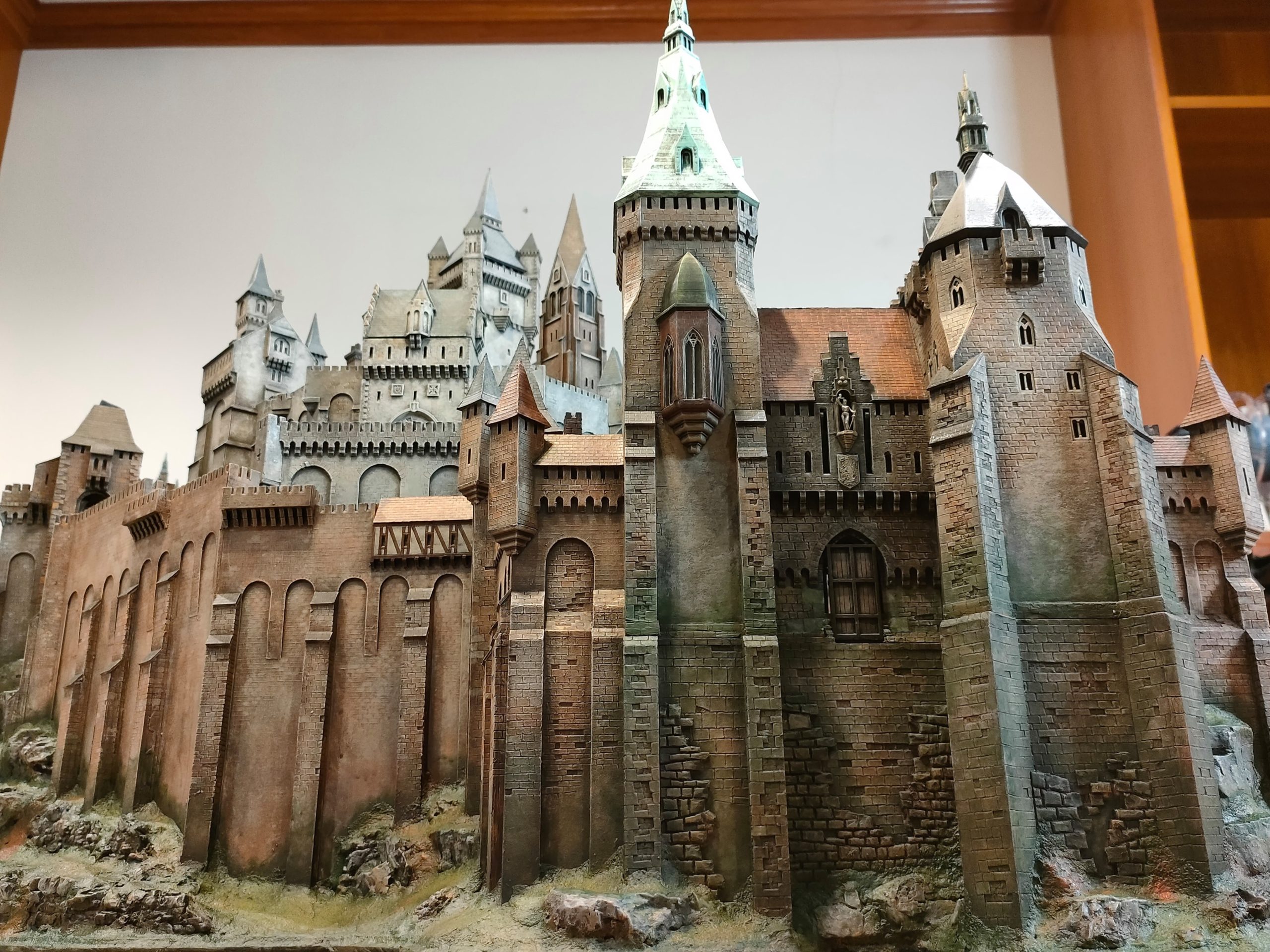 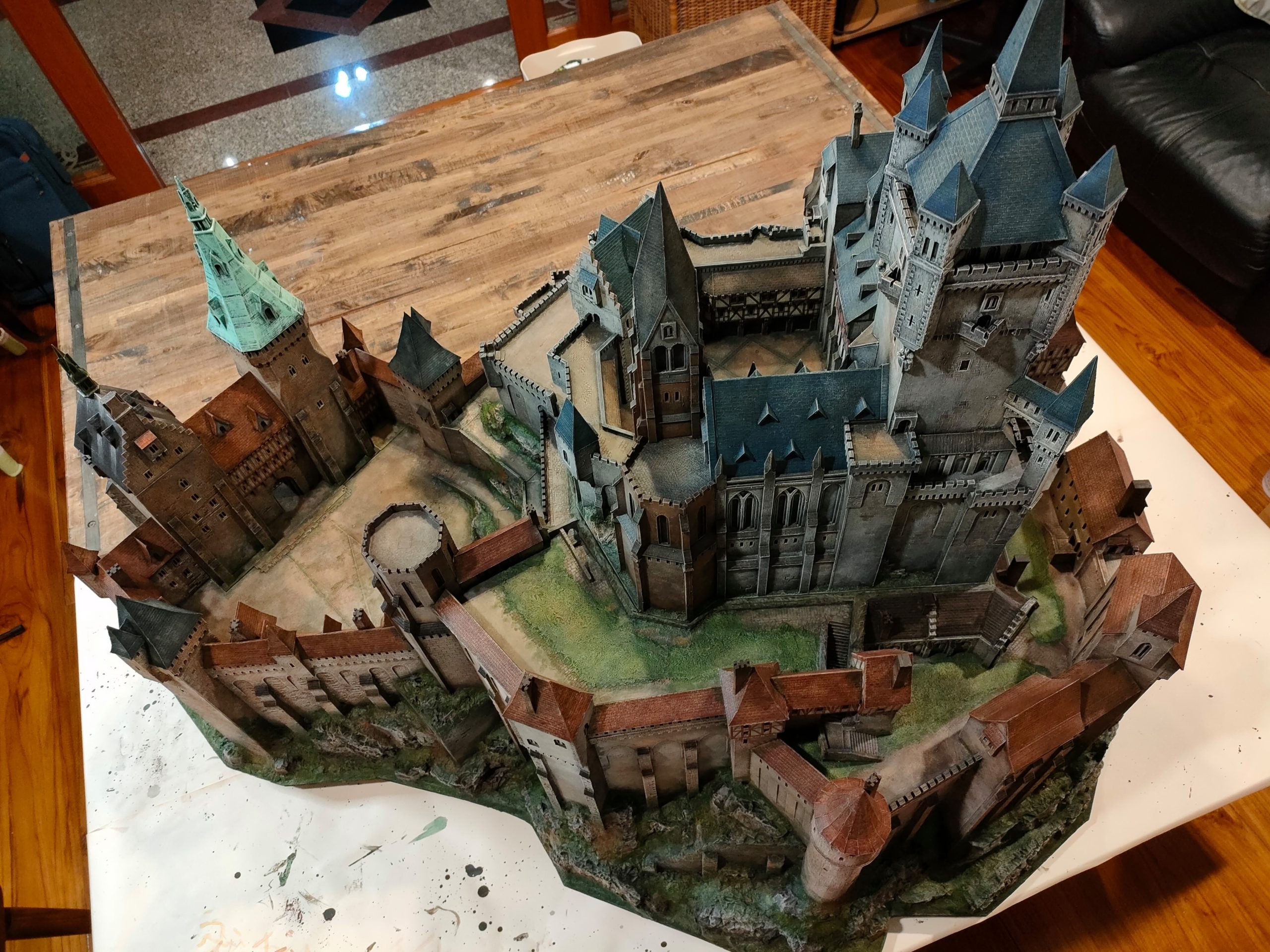 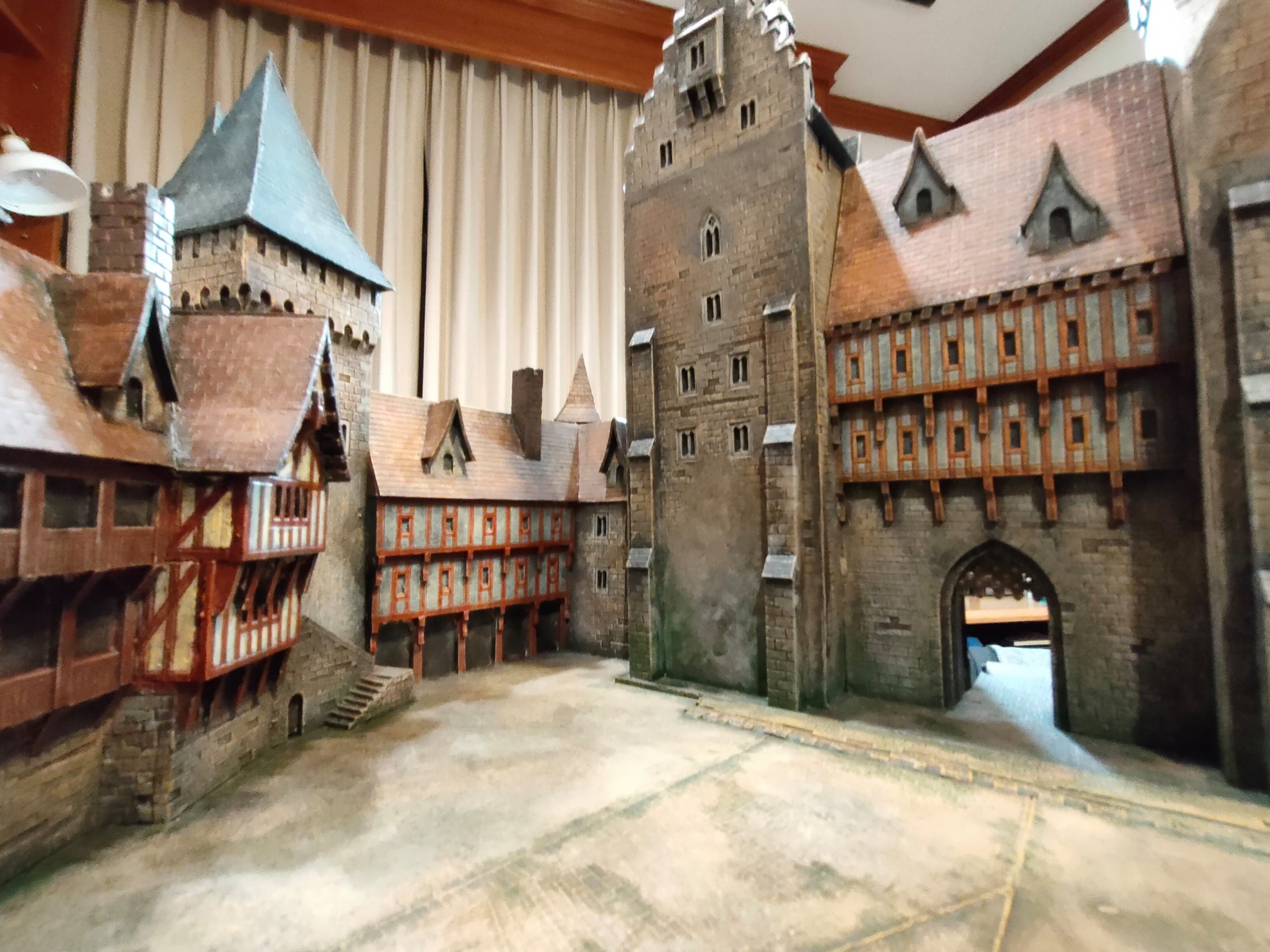 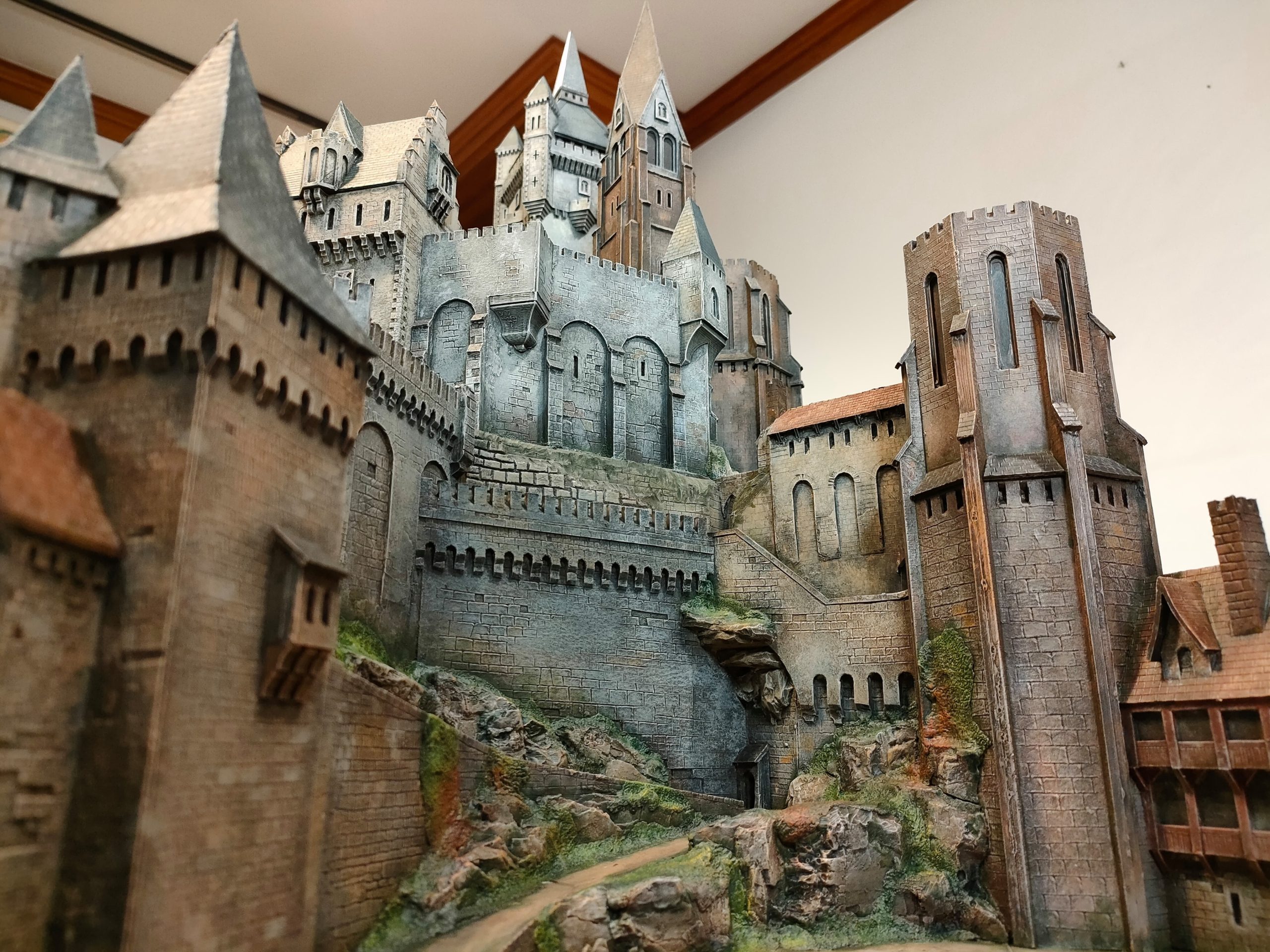 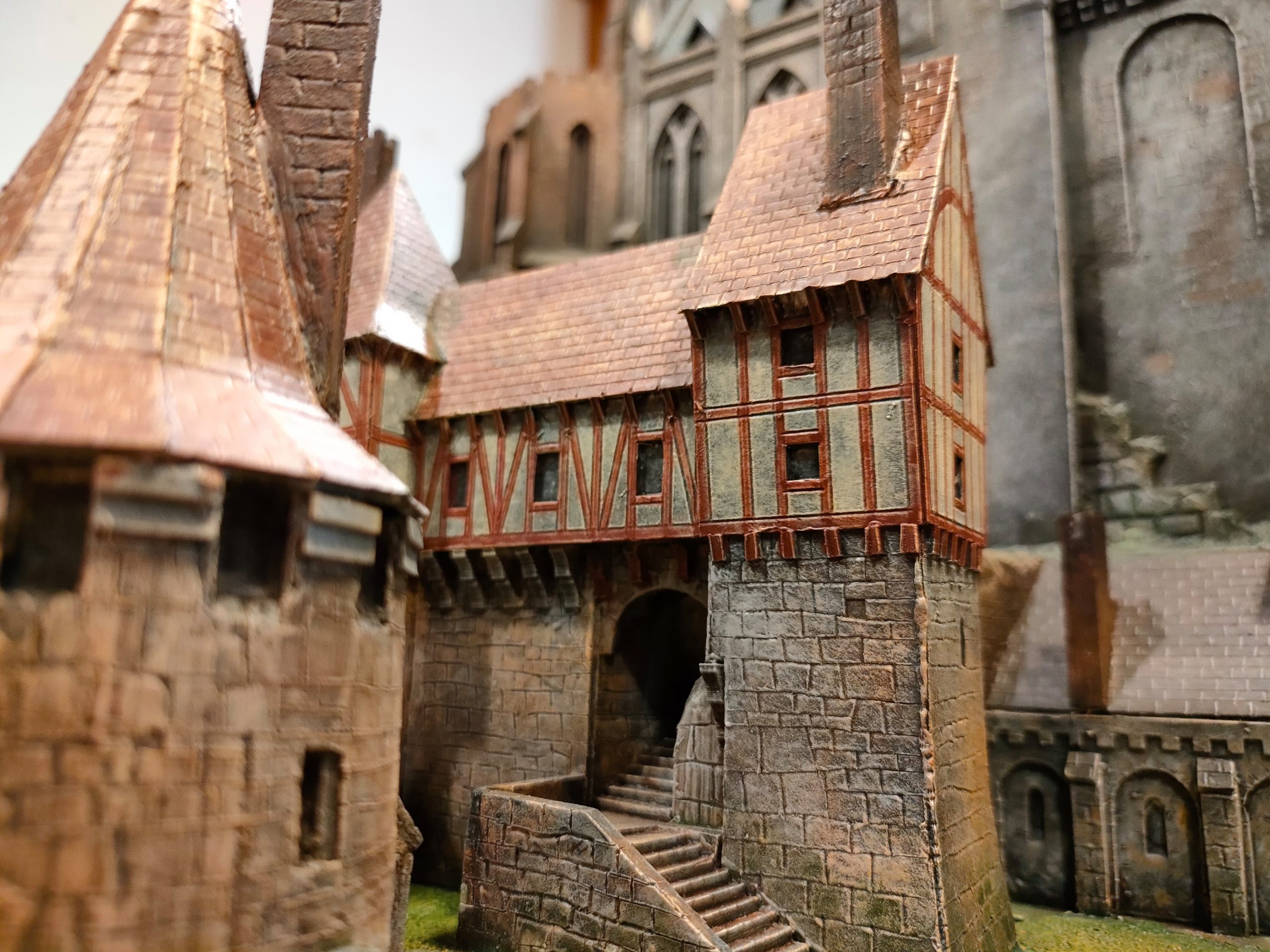 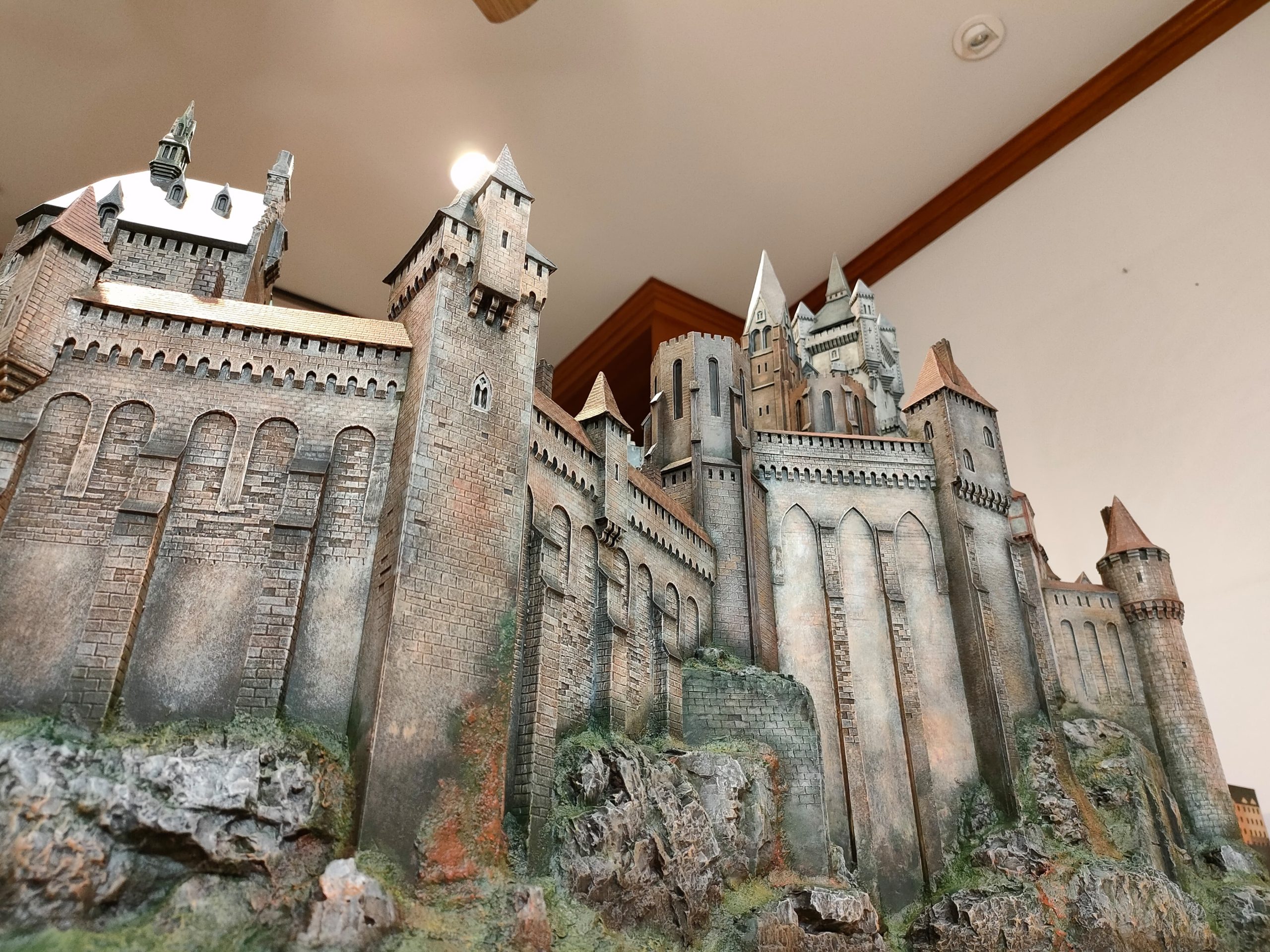 The model is made in 1/200 scale. Mainly of cardboard. Little of plaster, wood, 3D print and foam where the paper won’t do. It took me about 4 years. There are still bridge, town, and cathedral to follow. It is completely imaginary, and I improvised most of the building without any drawing or plan. It is meant to be a German castle though, still is search for a proper name. I got inspired by two real German castles i.e., Hohenzollern and Cochem. Hopefully some resemblance is noticeable. I would imagine the castle to locate somewhere on the coast of Baltic or North Sea, starting out as a settlement of a chieftain family that survived the conflict with the Roman and had grown into the image of medieval stronghold in the period of Holy Roman Empire. It should had seen the rise and fall of the Teutonic knight, witnessed the struggle between German, Swedish, Lithuanian, and Polish lords, and being part of the Hanseatic network. It is featured to reflect having been passed down through many generations of owners so there are different components being added through ages, some would even look out of place or haphazard. The chapel-like wing that forms the top court is to reflect that it was, at some point in history, even governed by clerical figures.