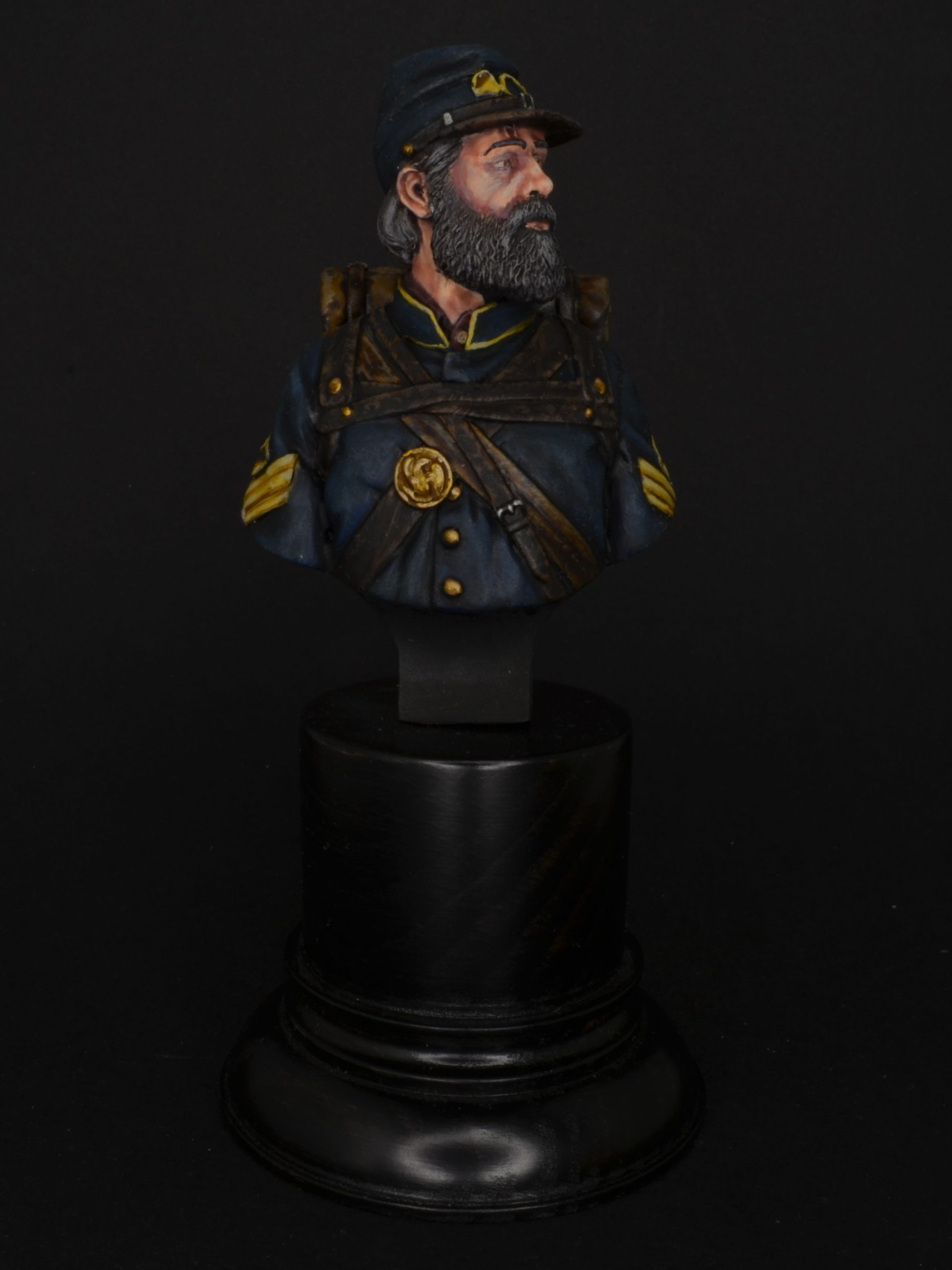 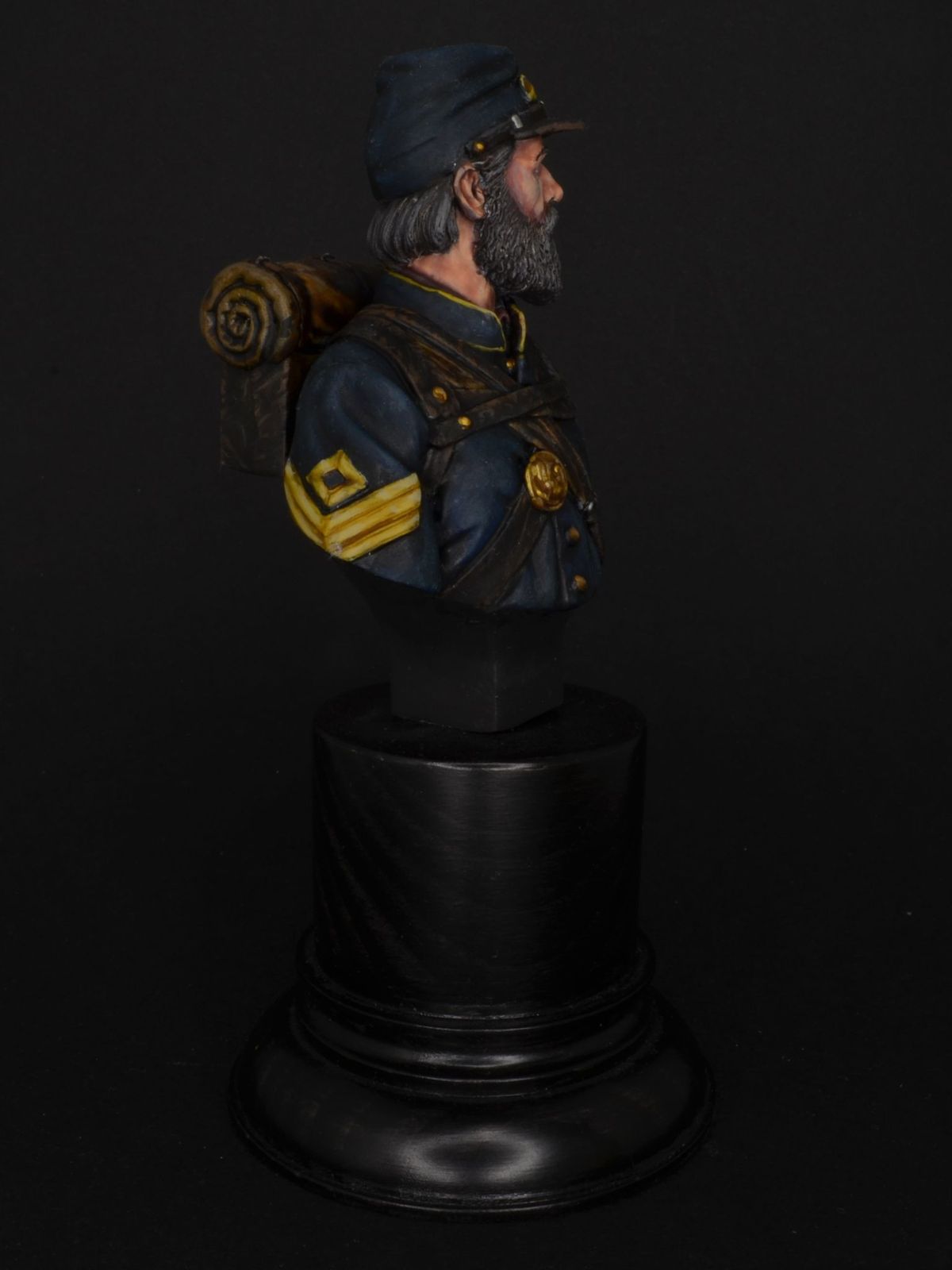 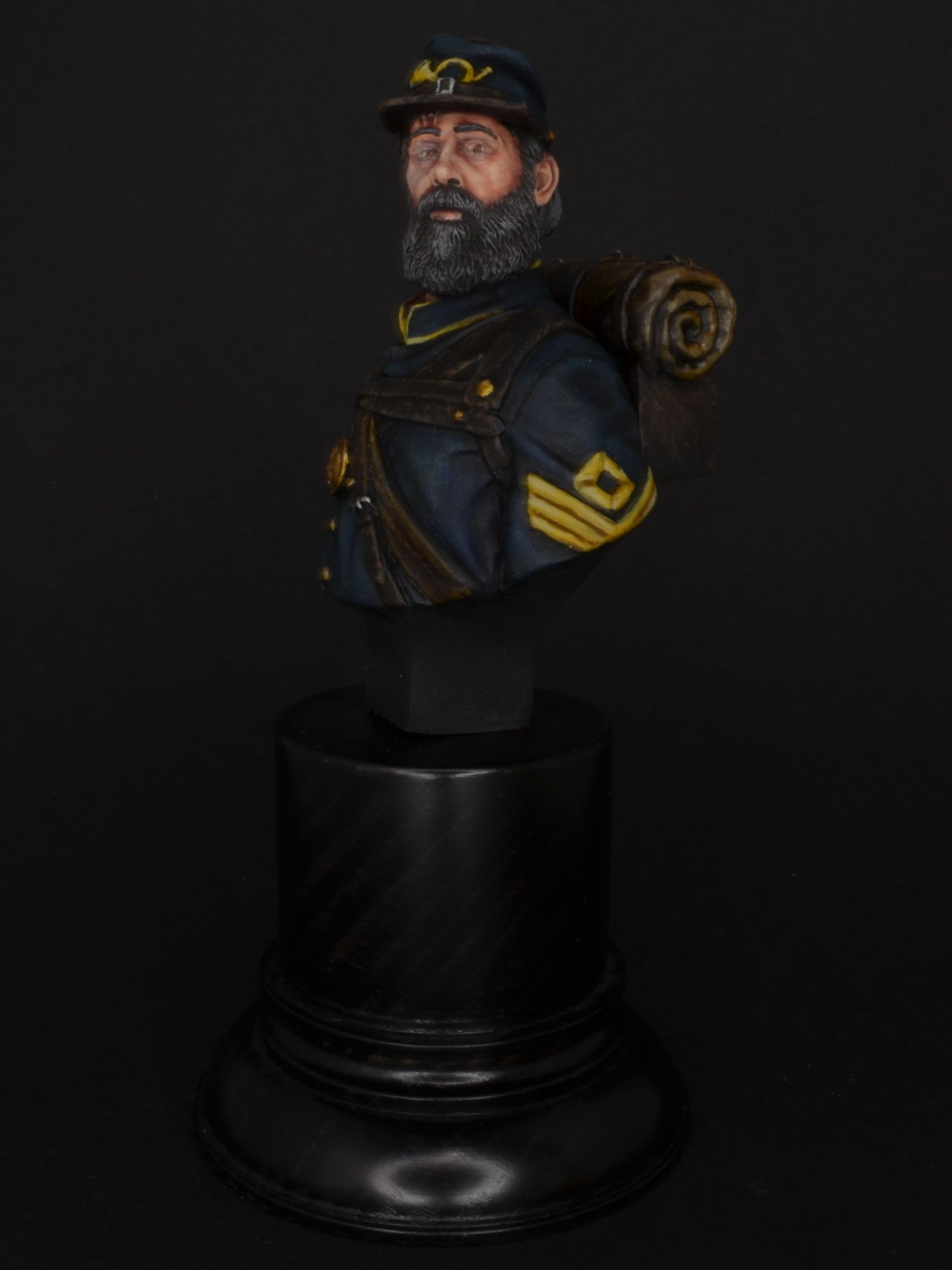 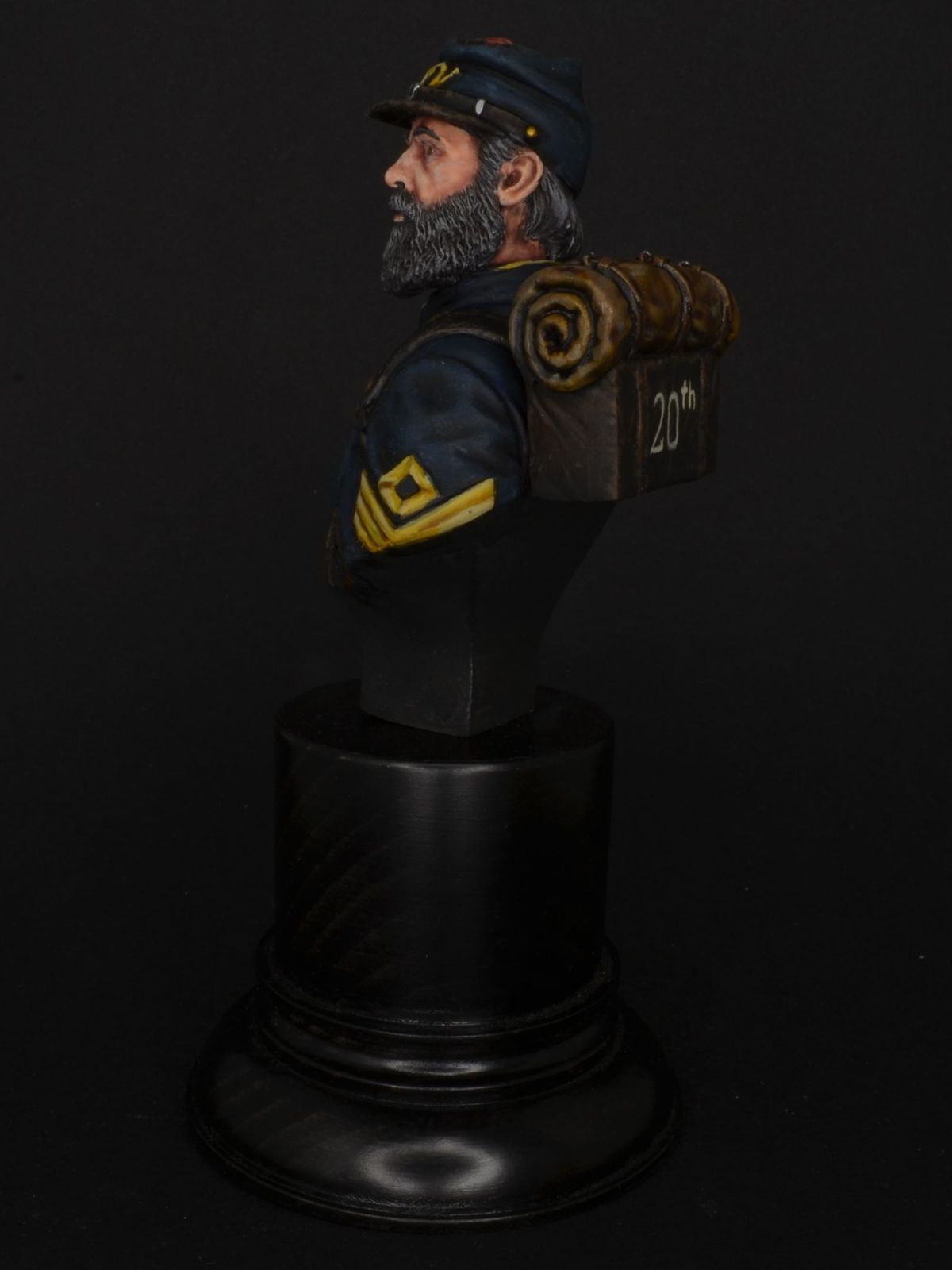 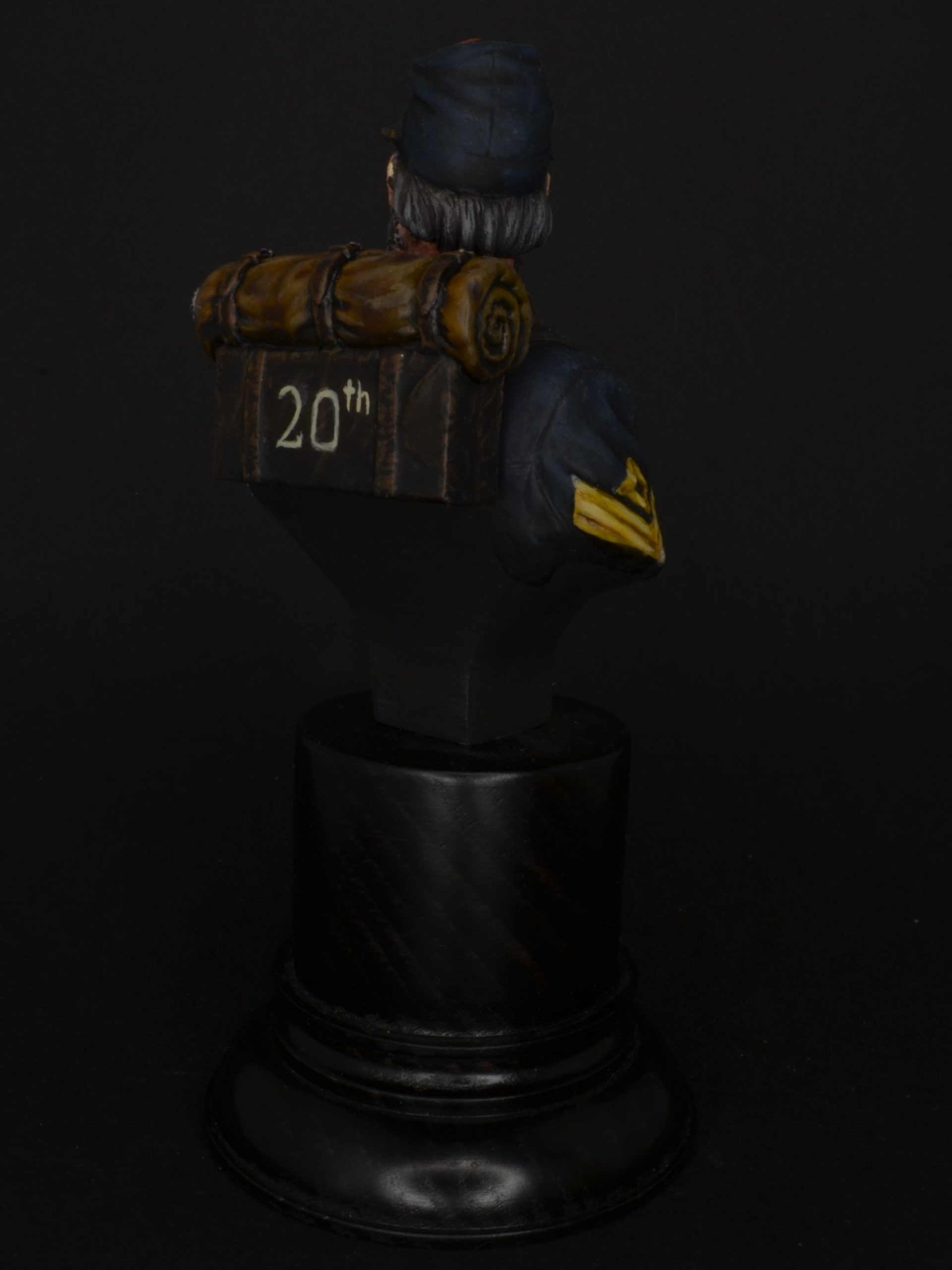 The 20th Maine Infantry Regiment was organized in Maine in August 1862 and incorporated into the Army of the Potomac. Initially, it had a discreet service record, participating in the battles of Antietam and Fredericksburg. In May 1863, Colonel Joshua L. Chamberlain was appointed as commander of the regiment.

Model was painted exclusively with acrylic paints which took about 30 hours to finish.