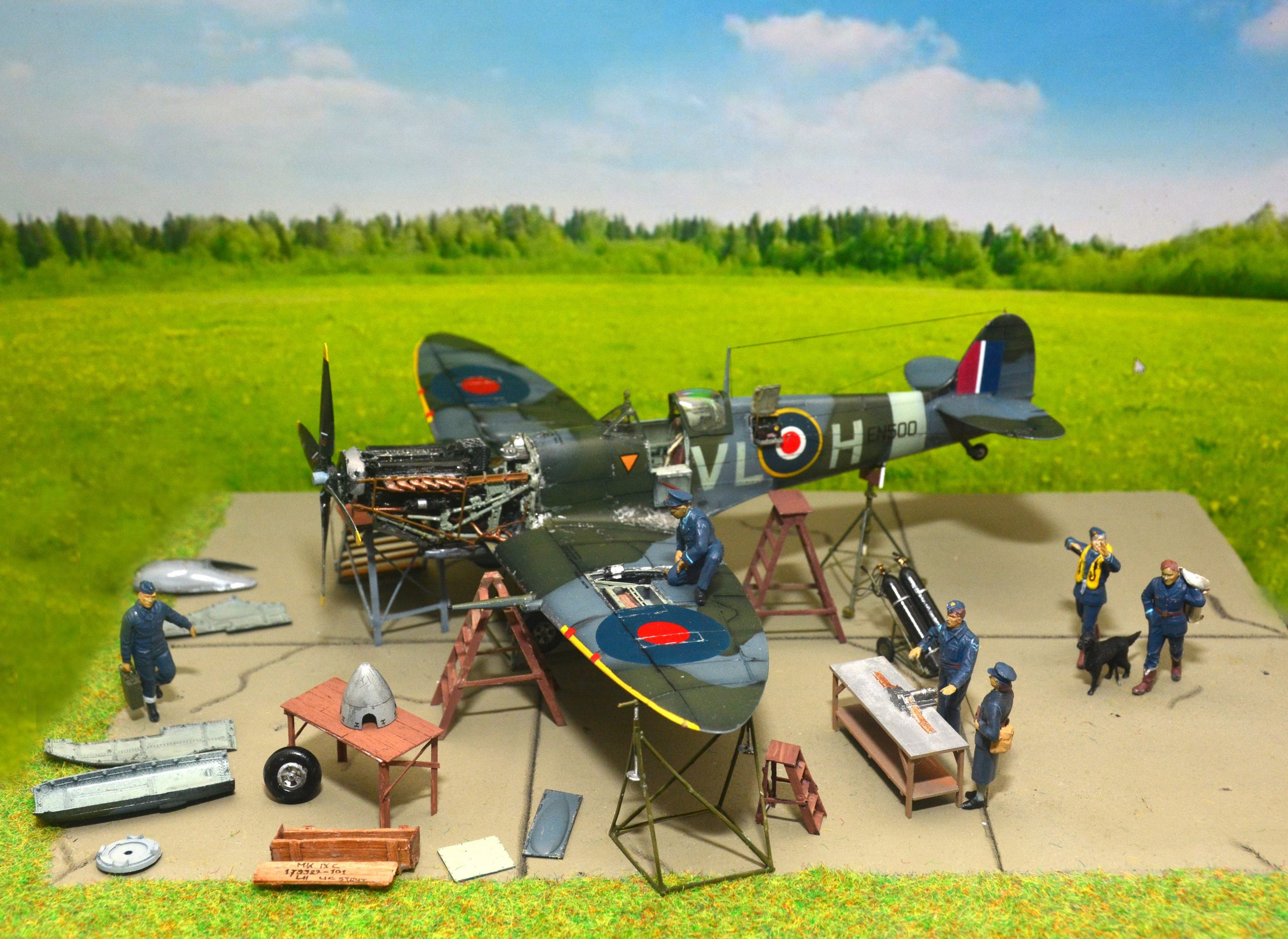 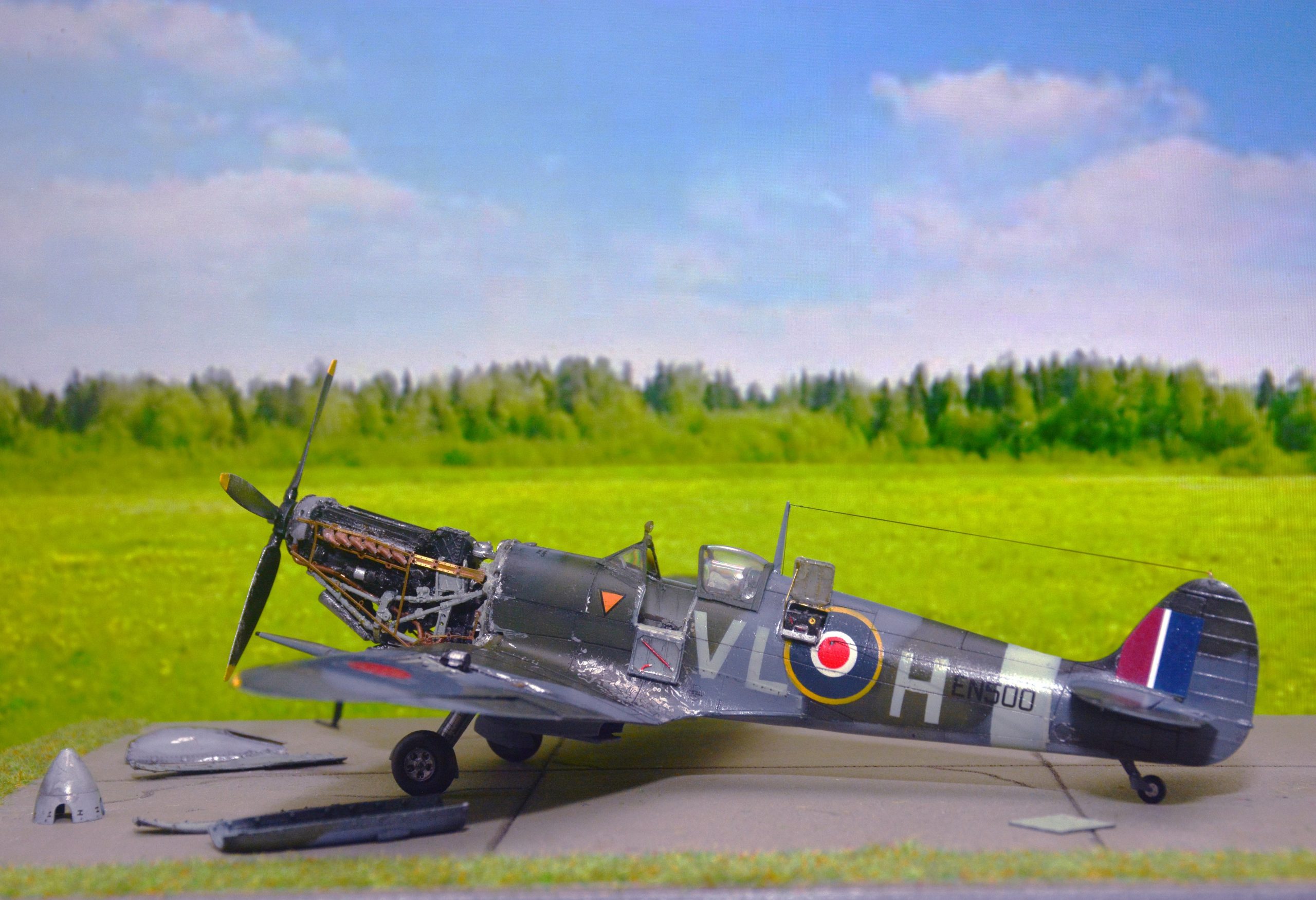 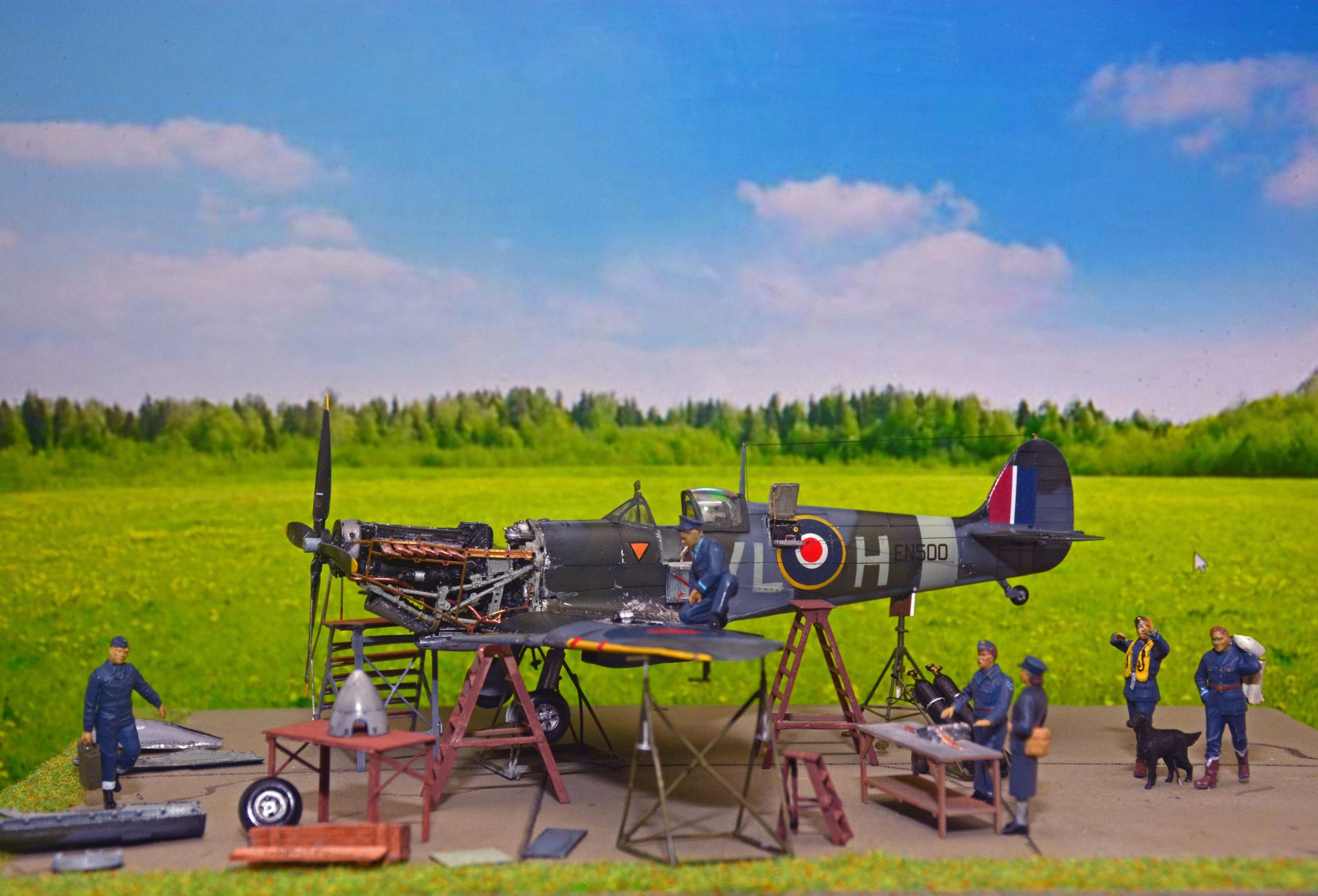 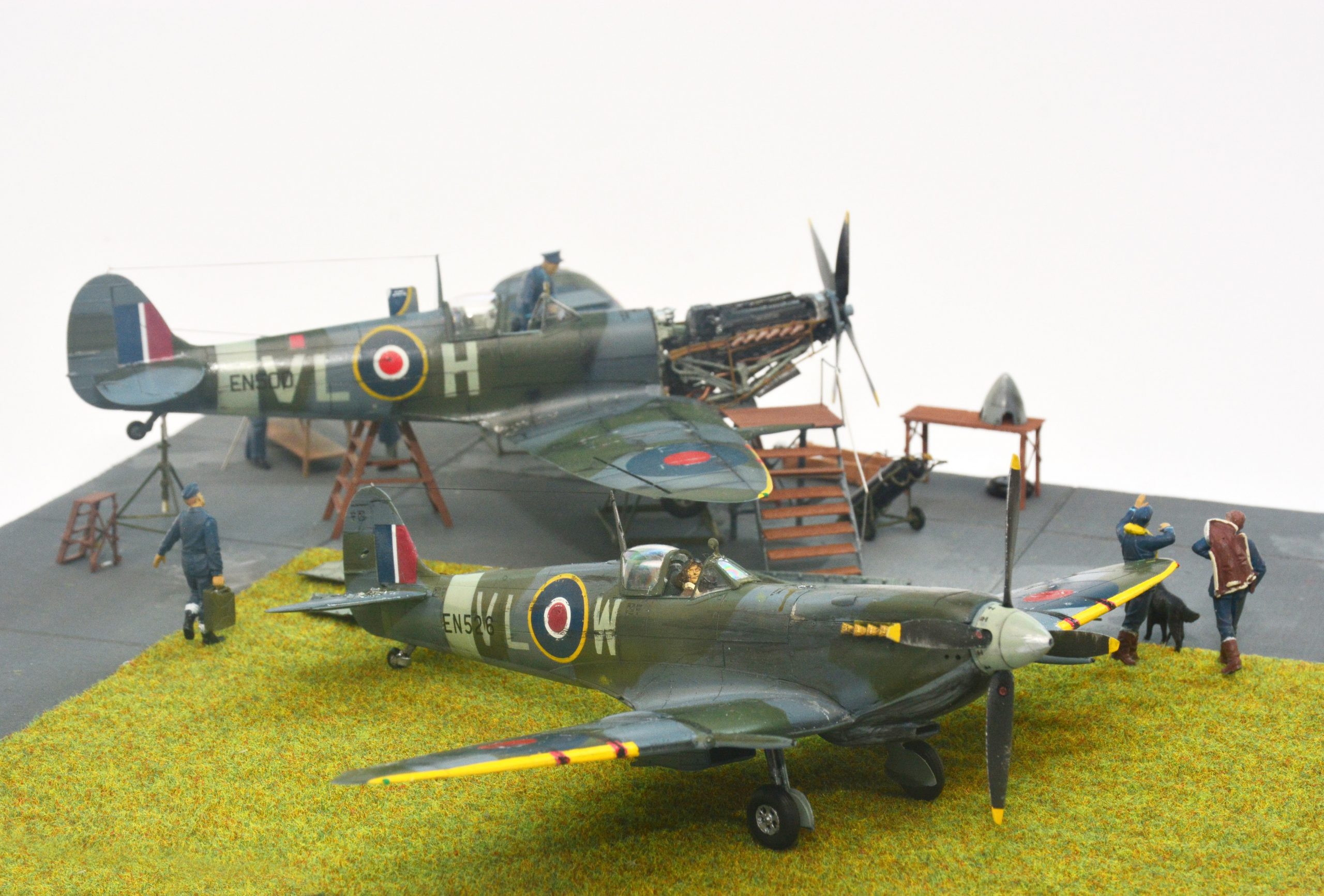 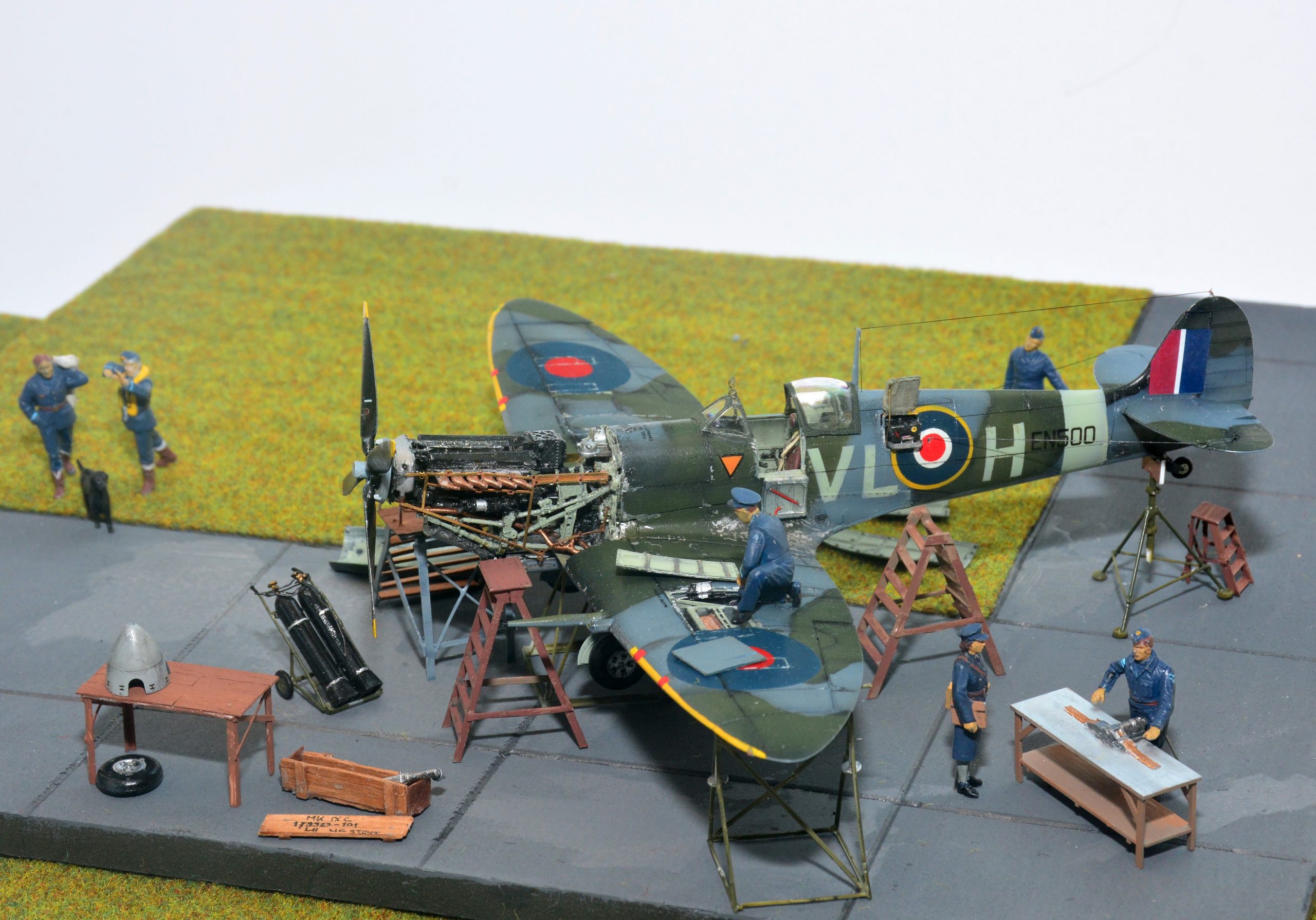 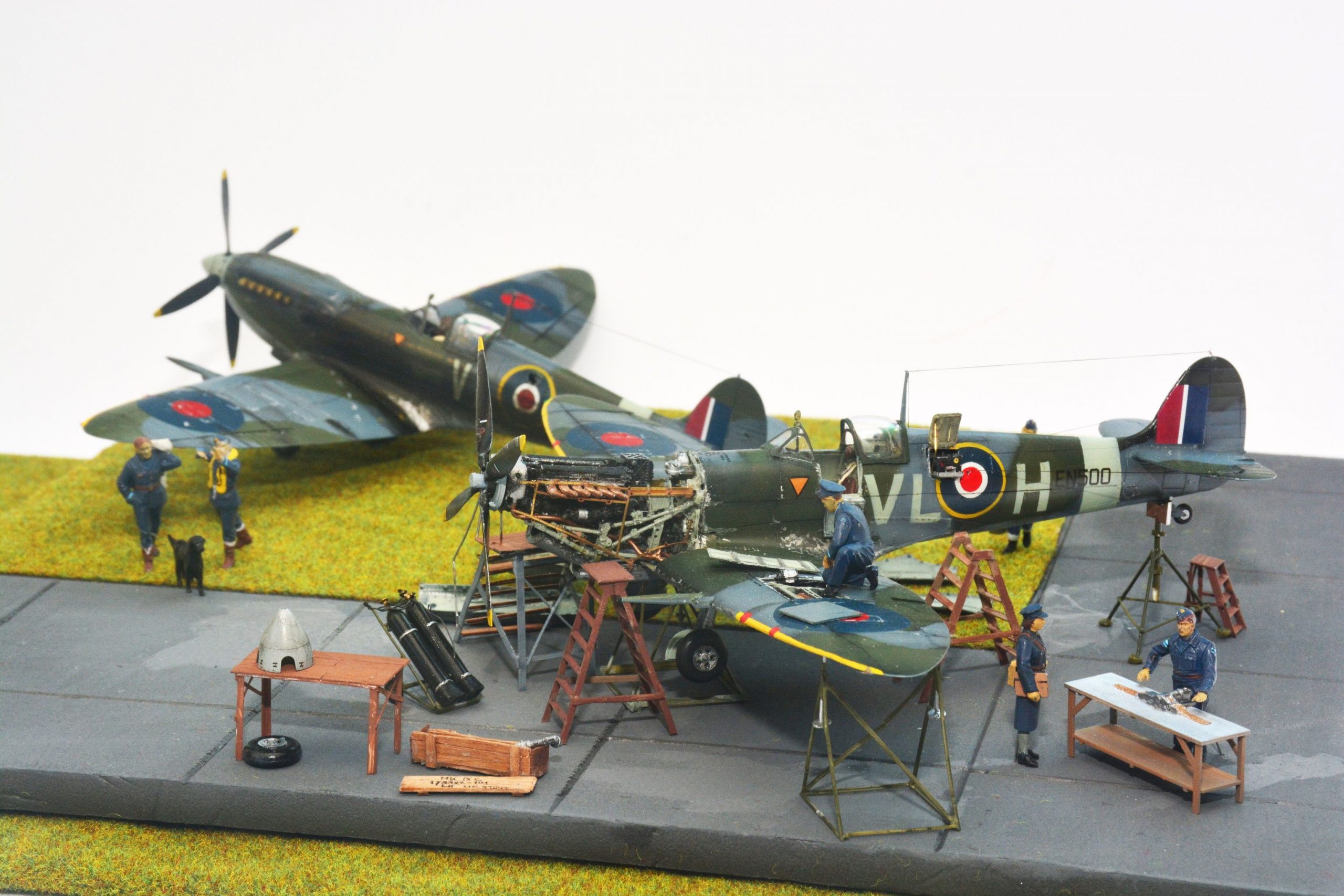 Halfway through my WWII Spitfire diorama. Part 1 is ready, called the “field repair”. A Mk. IXc on the jacks for a landing gear strut change, an engine repair and a replacement of the radio transceiver. Part 2 of the diorama will be a Mk. IXc with battle damage.

Check the figures in this display and make your own story!

Disclaimer: this diorama is not a historically correct display, the whole scene was created by my nebulous mind.

Many of the accessories like the tables, ladders, jacks are made by myself.

The roundels and letters are airbrush painted with Aircraft Insigna paint mask.

This post consists out of two parts, a photo impression of a badly damaged Spitfire F Mk. IXc and a photo series of a diorama of an English airfield during WWII.

Finished the diorama imagine my creative view on the battle damage repair of two Dutch-operated Mk. IXc Spitfires, one on jacks for a landing gear strut replacement and one just arriving from the air with nasty holes and leaks which are not initially part of the design, also named battle damage.

Disclaimer: the diorama derived from my brain is not historically correct and the registrations used here are part of my creativity. Any similarity with reality is pure coincidence.