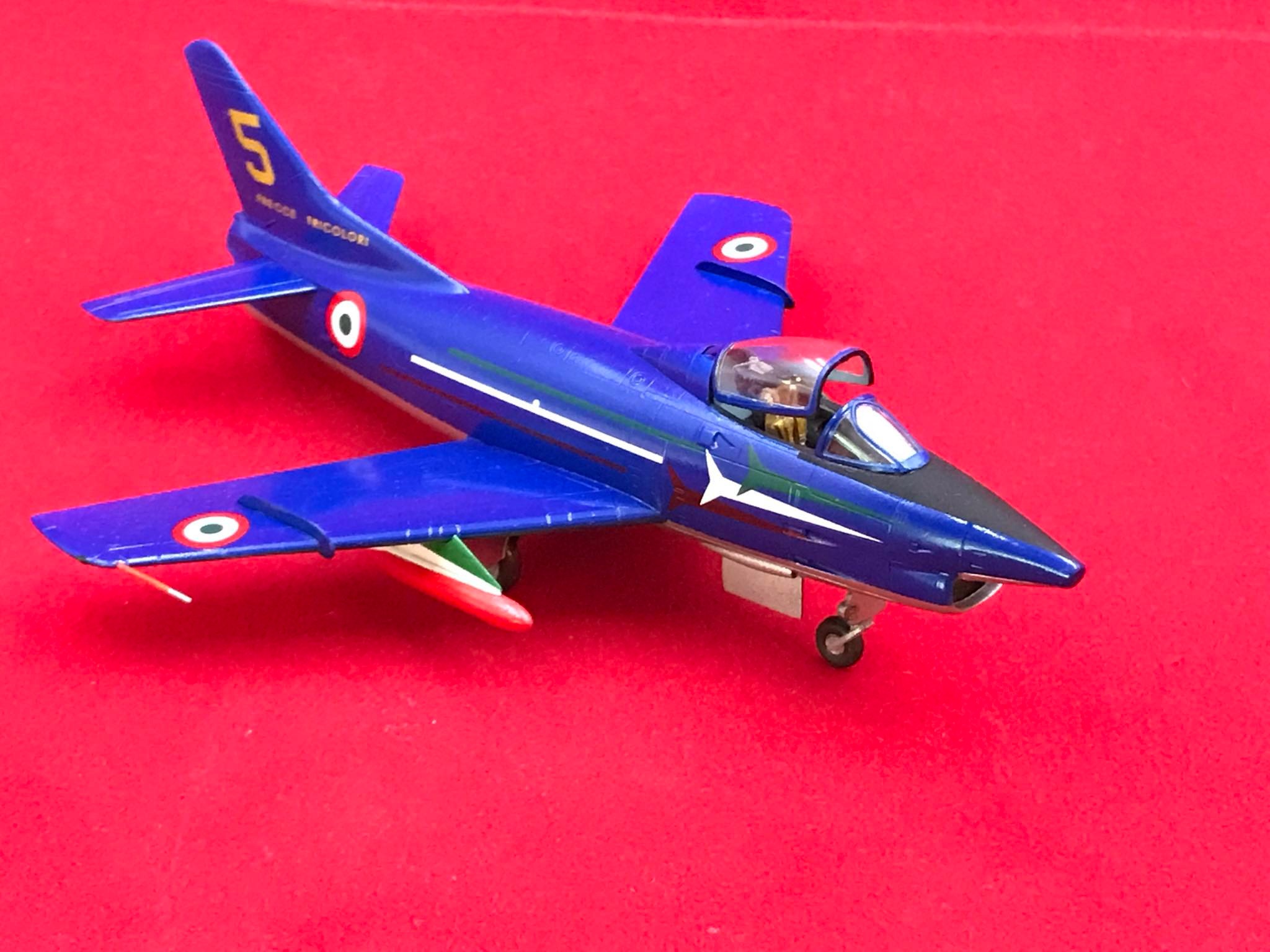 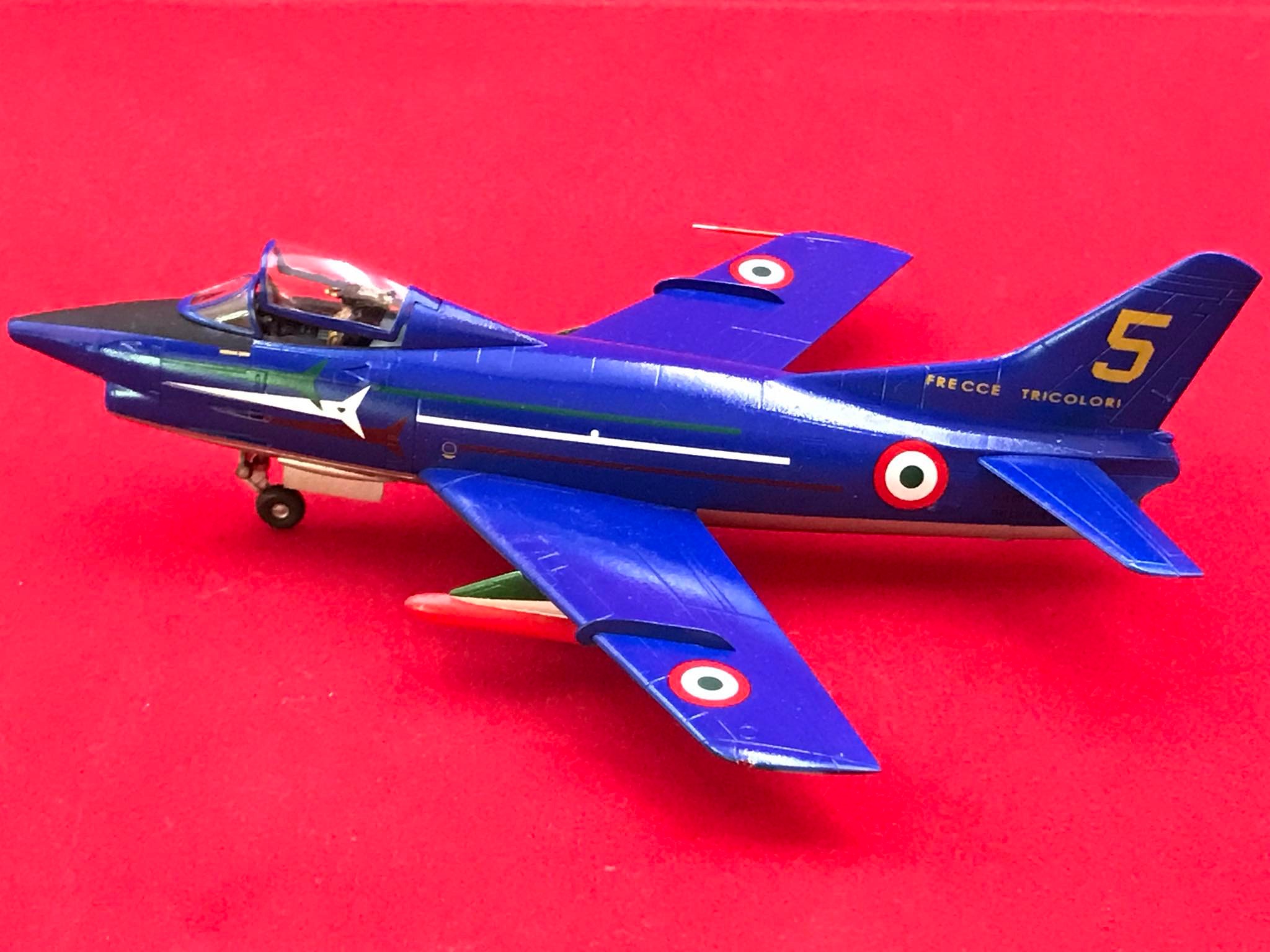 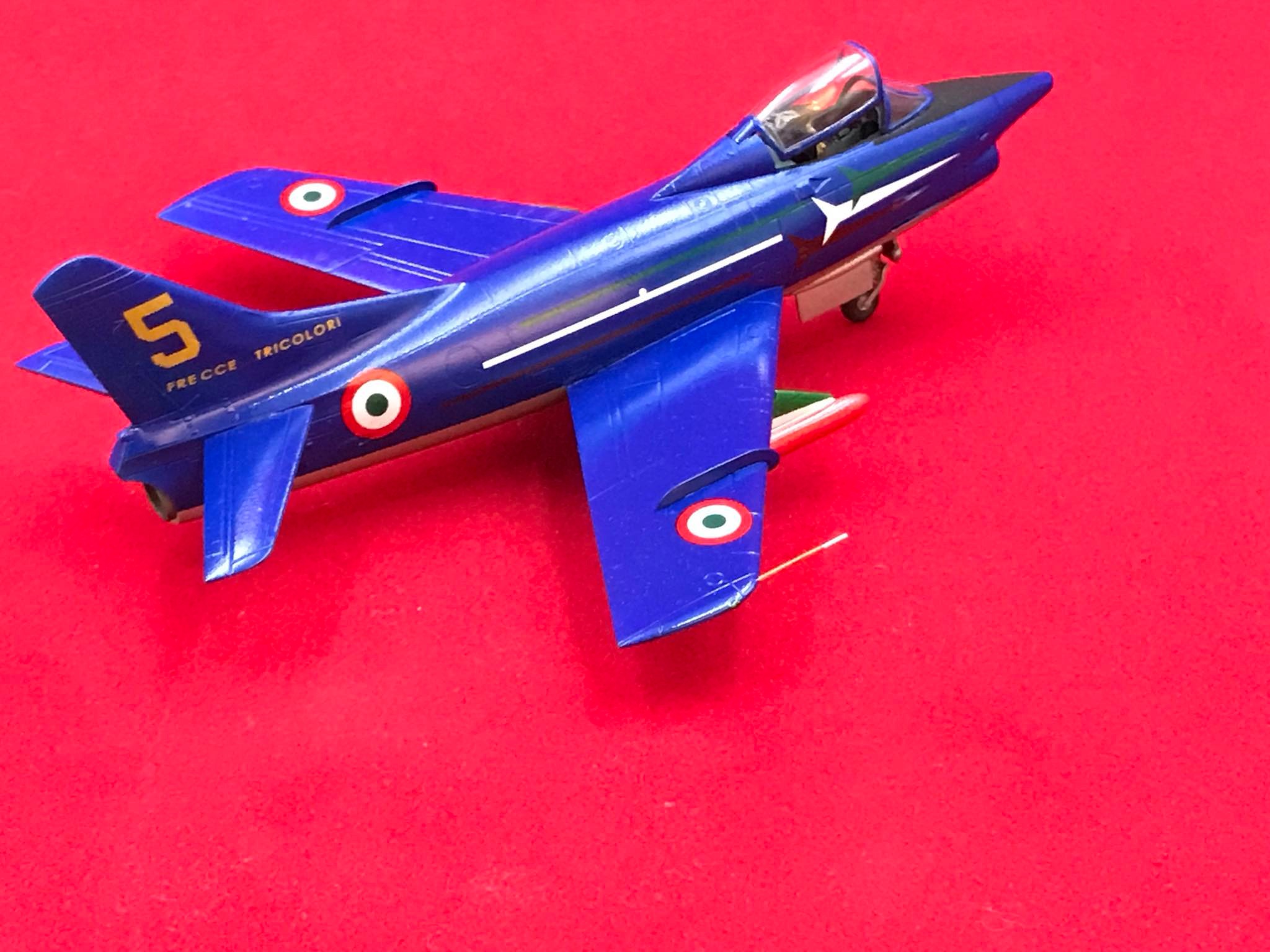 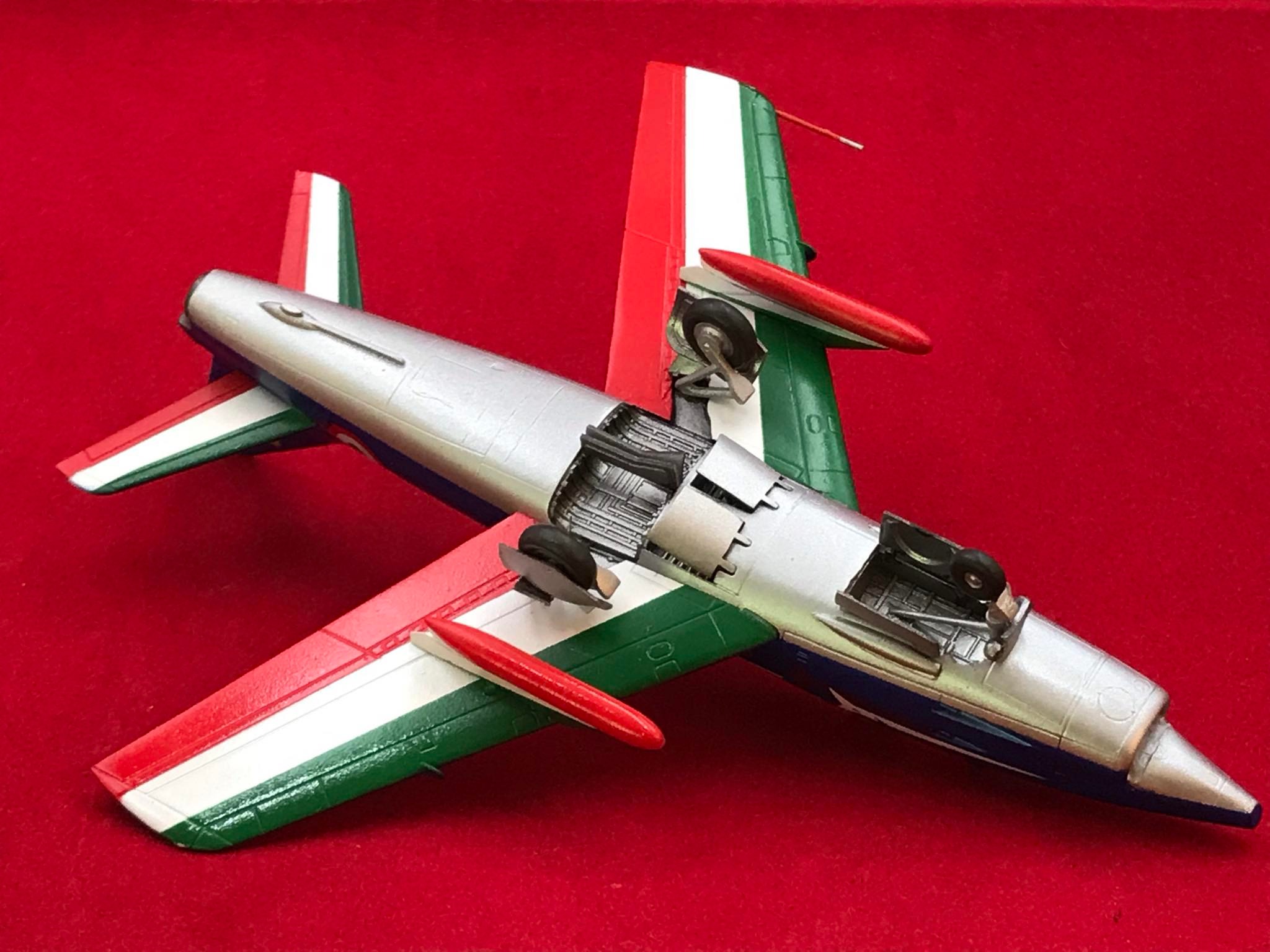 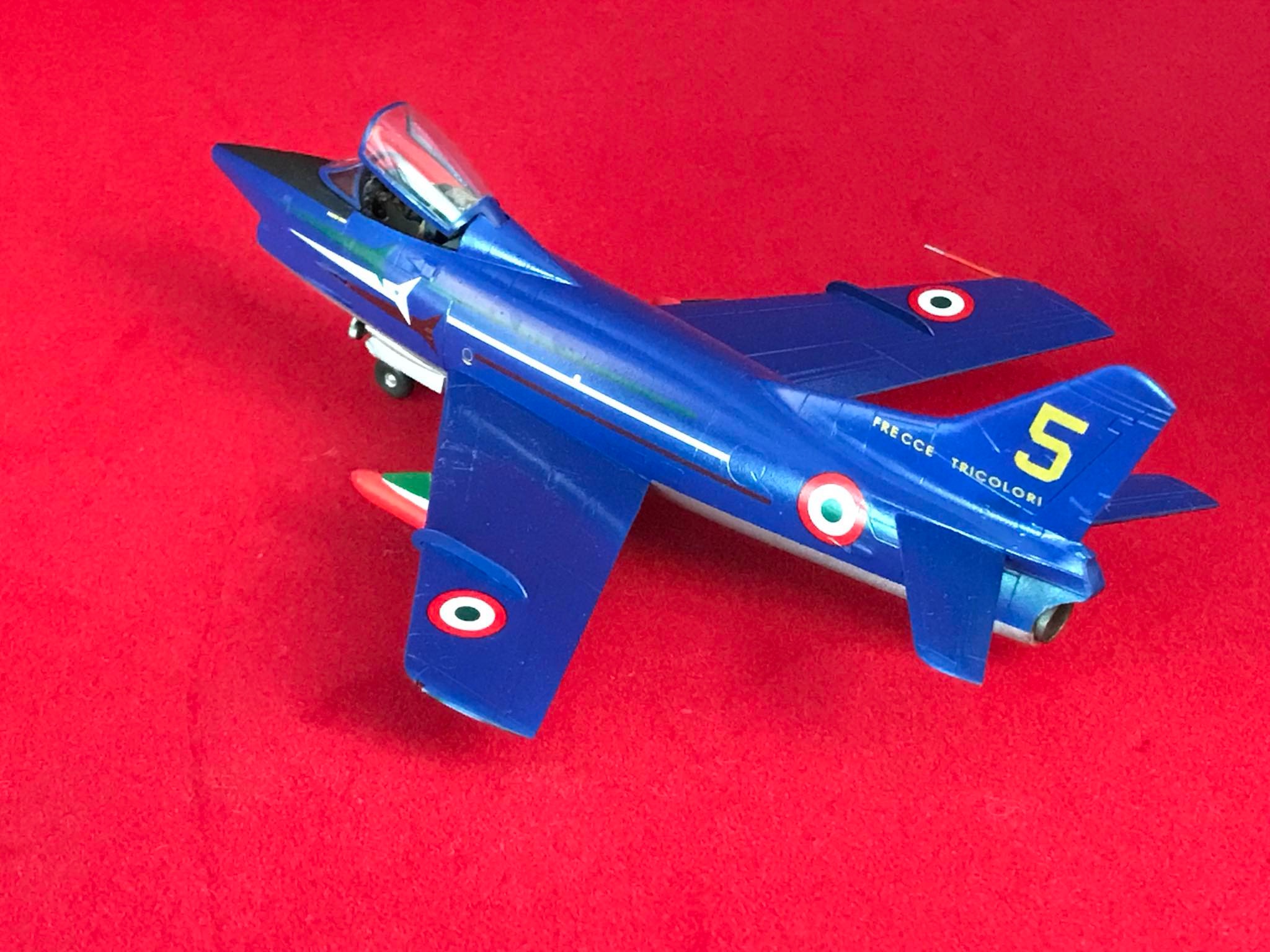 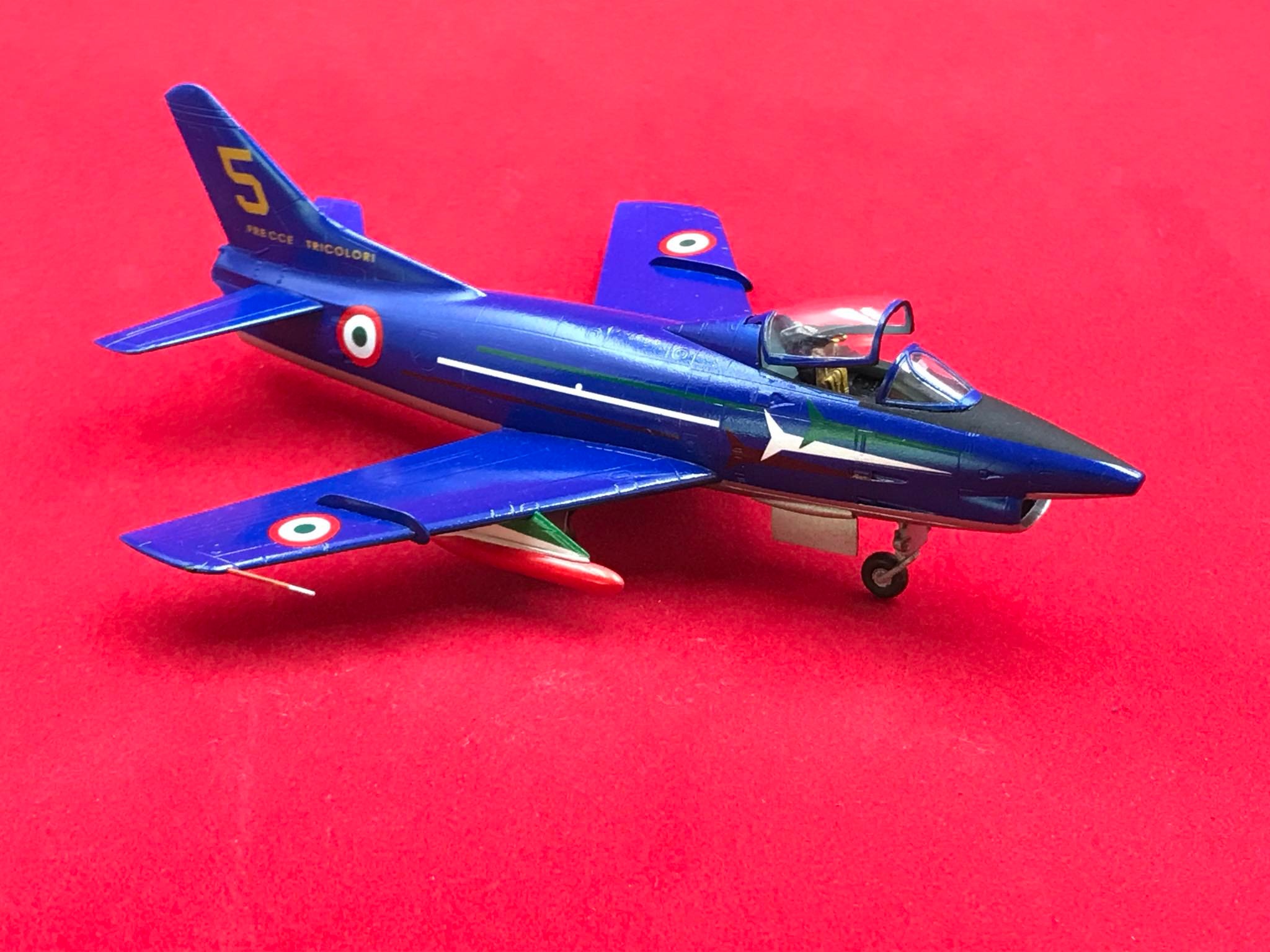 Kit: Meng 1/72 Fiat G.91R This kit was built for a monthly club contest during July/August 2021. I chose to build it in Italy’s Frecce Tricolori (“Tri-color Arrows”) aerobatic demonstration team markings. It was built OOB except for a BarracudaCast resin seat, and painted with Mr. Hobby Aqueous colors and Tamiya AS-12 Bare Metal Silver. The kit depicts a second-generation aerobatic “Gina.” The team’s original aircraft were denoted G.91PAN, for Pattuglia Acrobatica Nazionale delle Frece Tricolori or National Aerobatic Team of the Tri-color Arrows. Those aircraft, which had a pointed nose cone, were among the first built and were converted for demonstration duties in late 1963. By the mid-70s, airframe fatigue necessitated conversion of newer reconnaissance-nosed planes to team standards. The last of these flew in 1981. The Frecce Tricolori are the largest aerobatics team, employing a solo flier along with nine formation fliers.