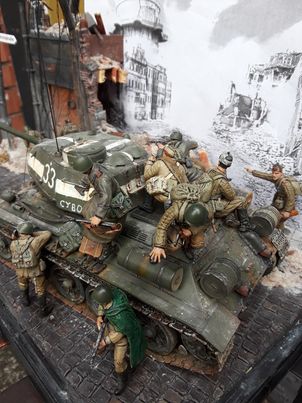 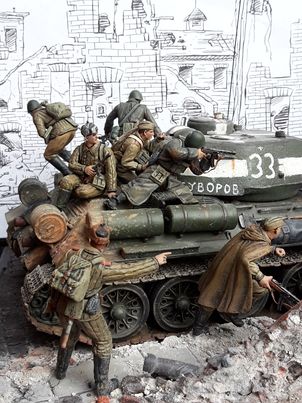 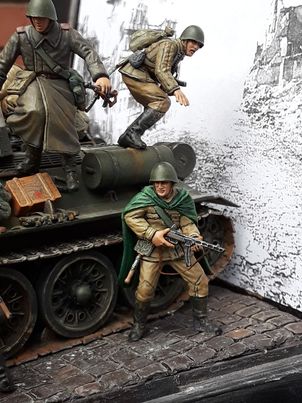 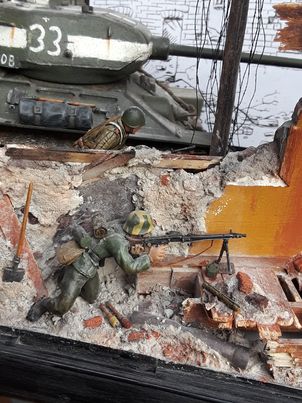 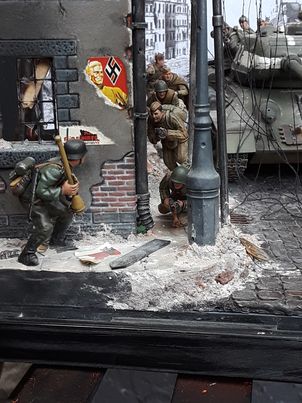 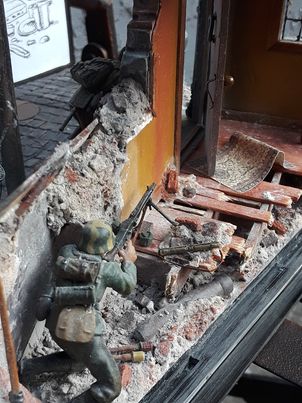 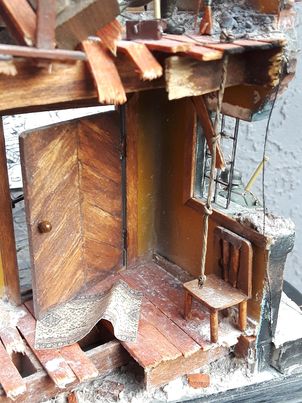 I’m very flattered you took this time to applaud my work sir. Thank you. This a static model scene depicting the attacking russians/ and defending germans in berlin in mid April 1945 in 1/35th scale. The t-34/85 kit is an older kit from maquette which I think is rpm now. Not sure. The figures are mainly tamiya. Except for the german officer is dragon. The two other germans are tamiya but altered with different body parts and putty to create new pose. From the time I started the tank, then the figures to finishing the scene, was about a year.

End of the Reich