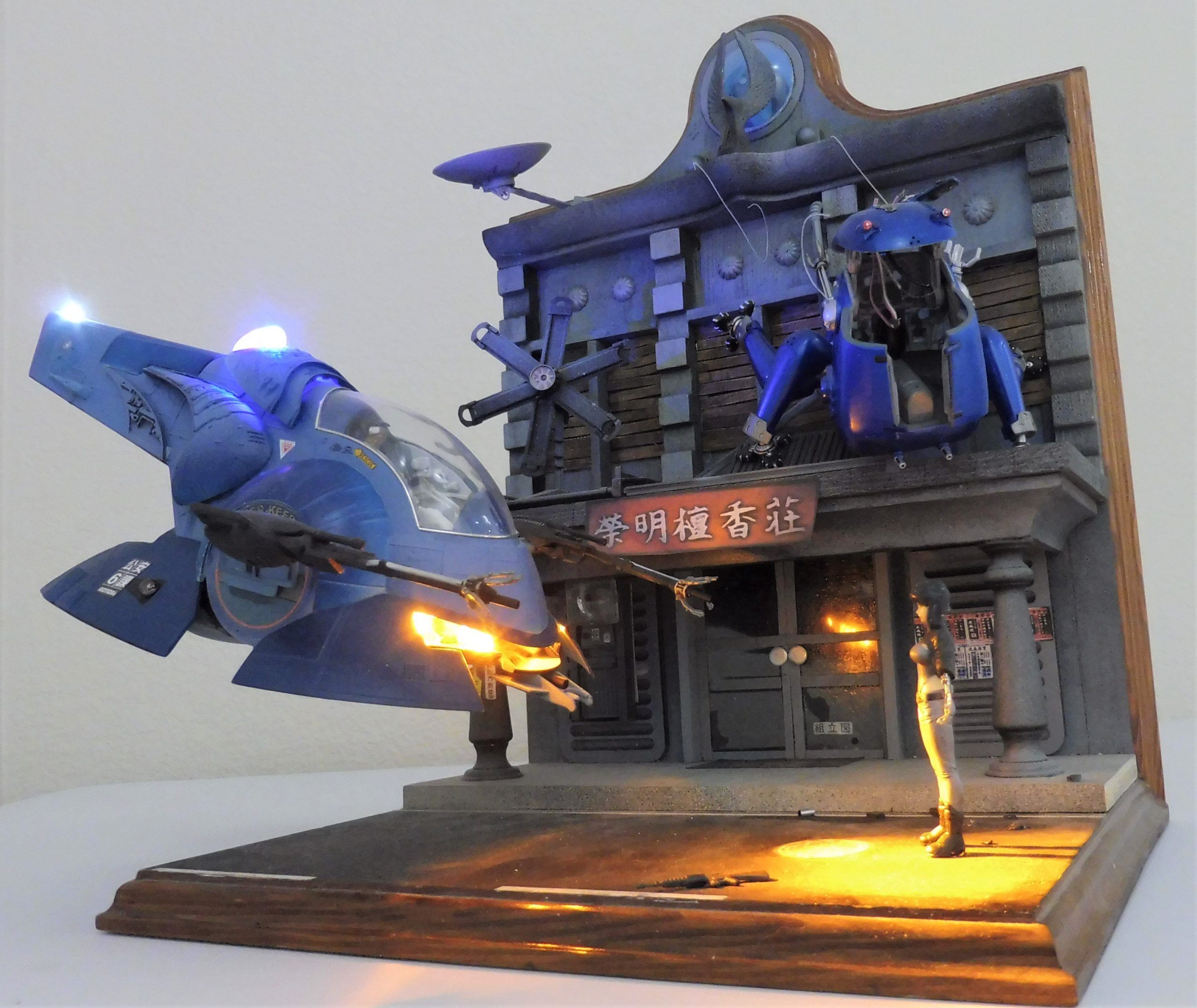 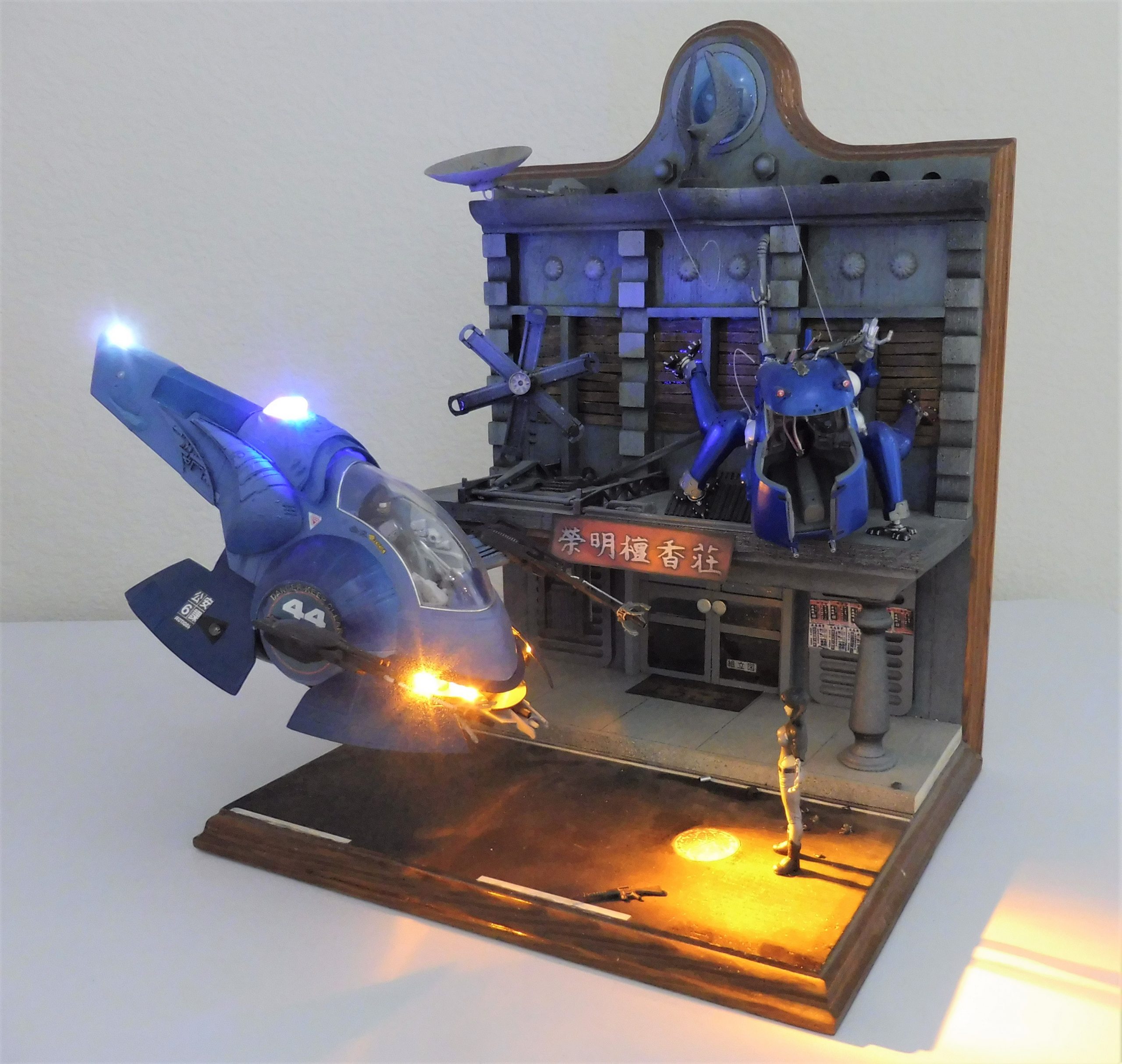 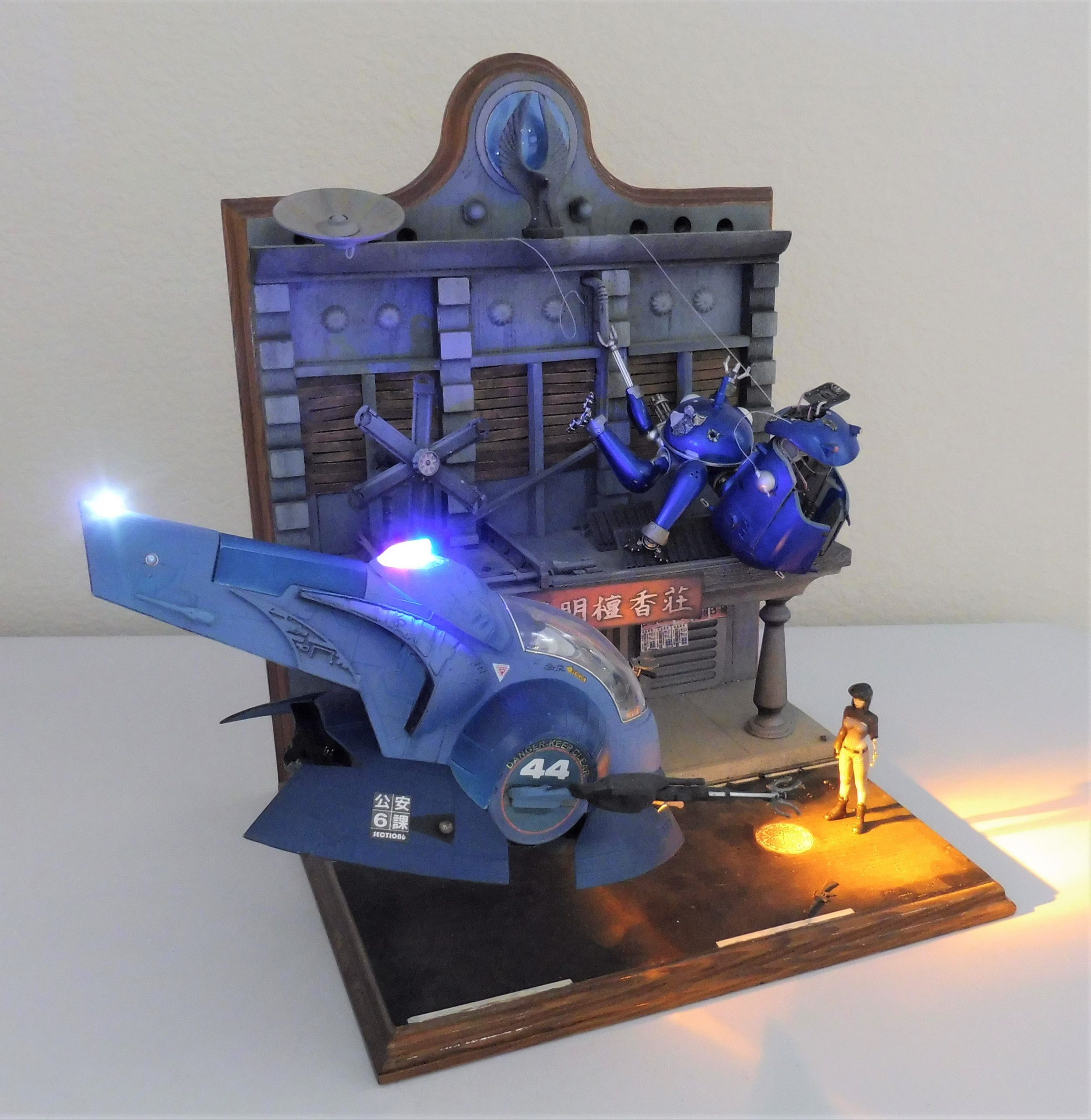 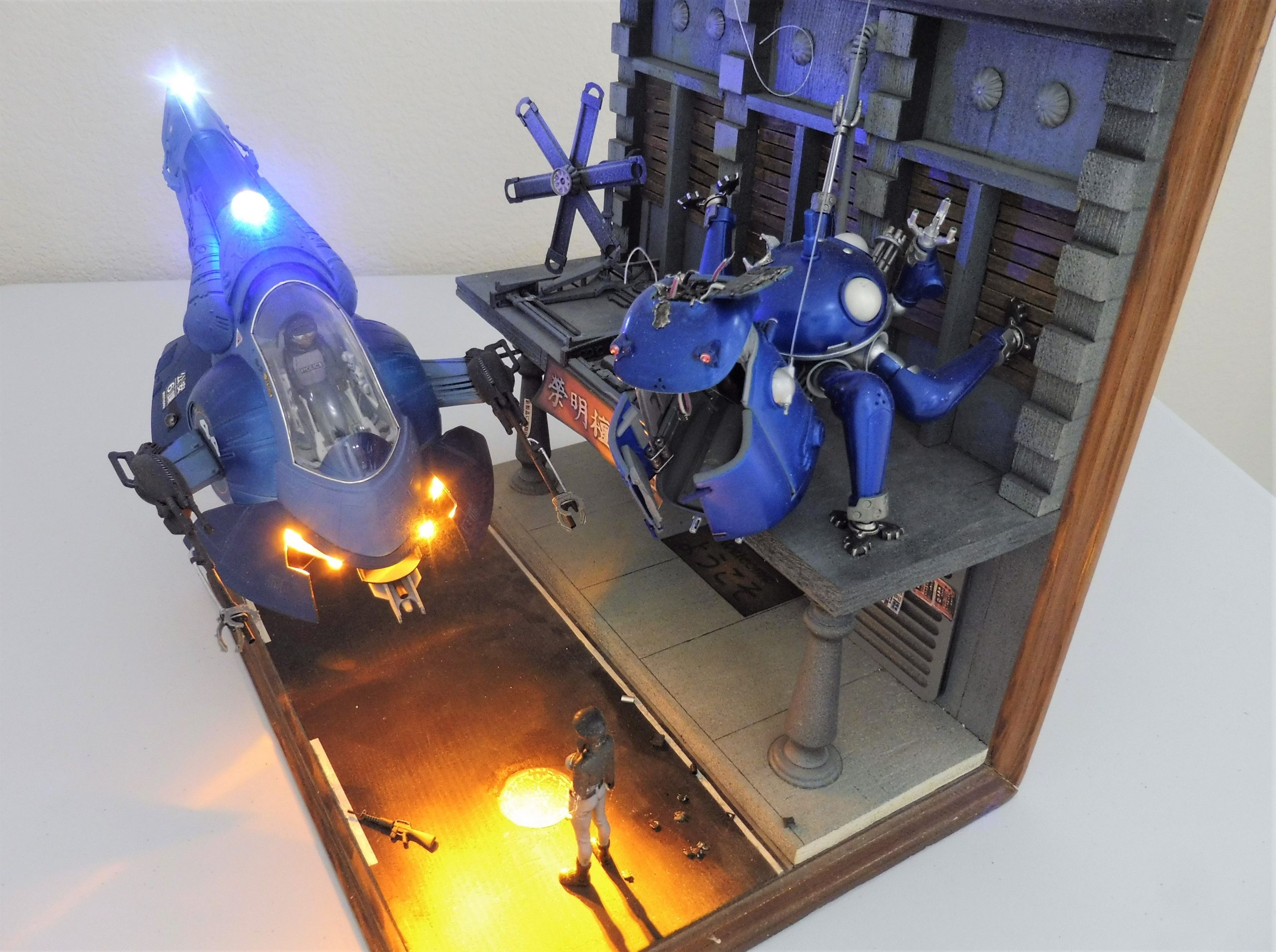 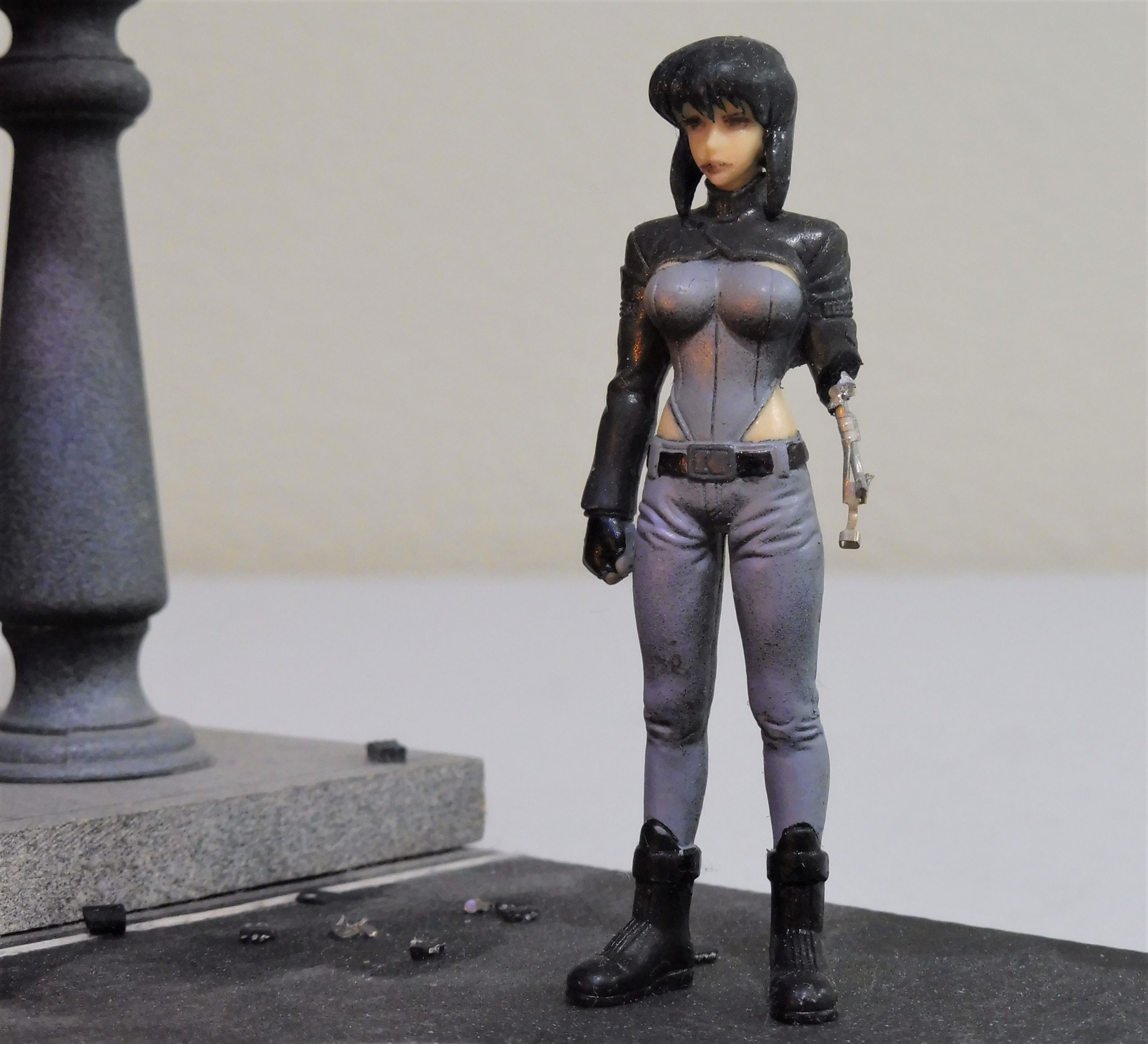 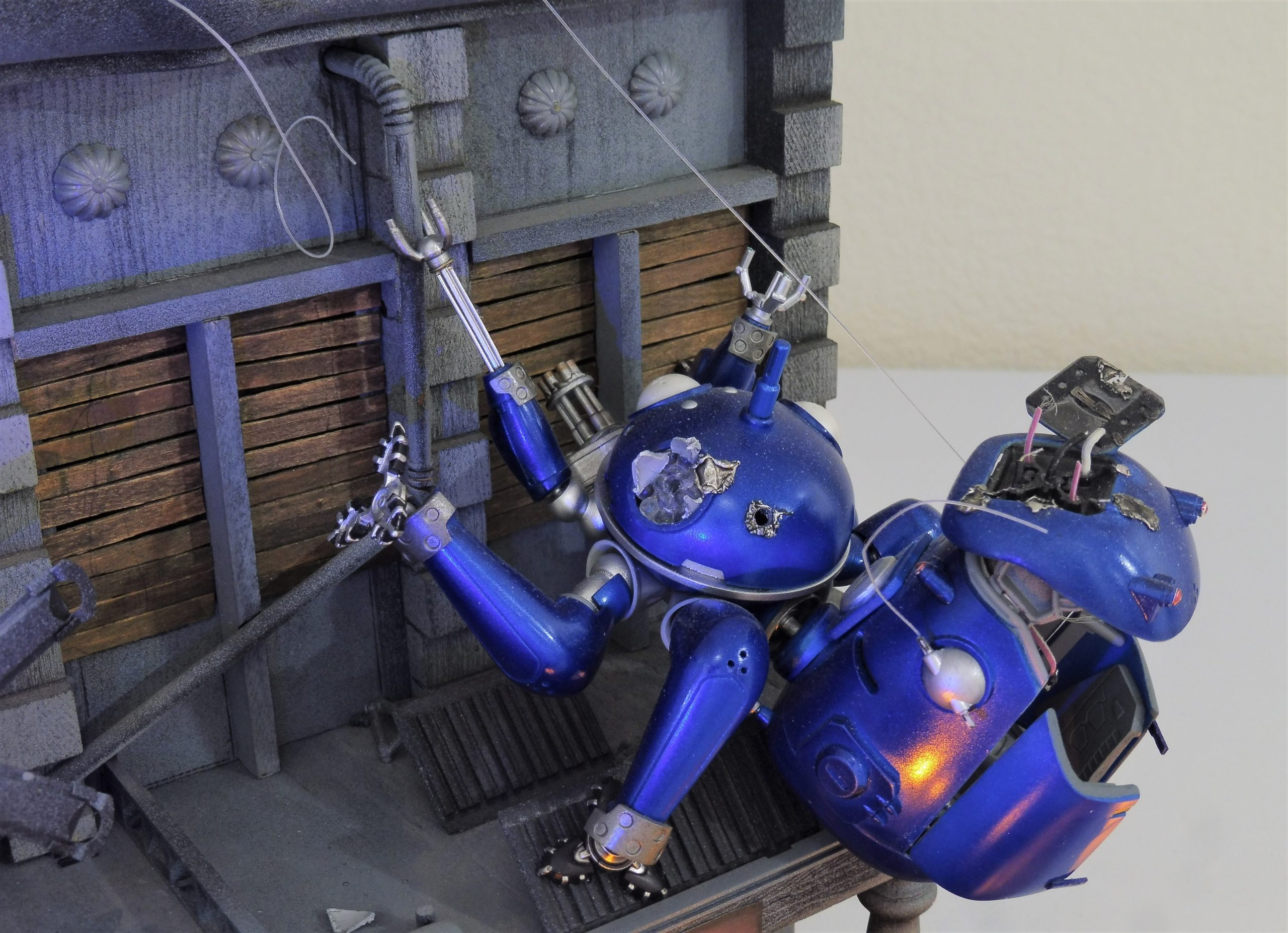 “Don’t Touch My Tachikoma!” To create a Ghost in the Shell diorama, I added battle damage to Wave’s 1/24 scale Tachikoma mini-tank inside and out with hot solder splats, messed up one of the camera balls, and blasted open the passenger compartment. I also extended one of the robotic arms with wire from a paperclip, and used fiber optic strands for the grappling wires. Twisted wire added damage to one of Maj. Kusanagi’s cybernetic arms (which happened more than once to her in the show.) For the hypothetical Section 6 Tactical Police Hovercraft, I kitbashed Boba Fett’s ship from MPC with parts from an AMT Klingon Bird-of-Prey, and added seven LEDs. The “Blade Runner” style building is scratchbuilt and detailed with parts from my spares box. The overall project took about 3 months.