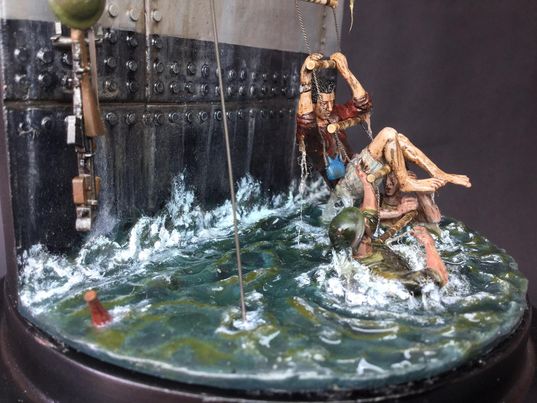 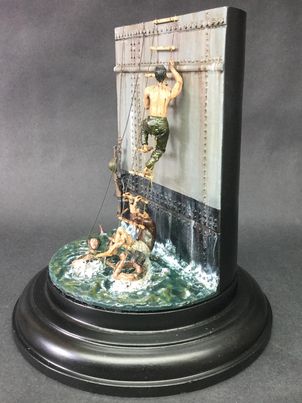 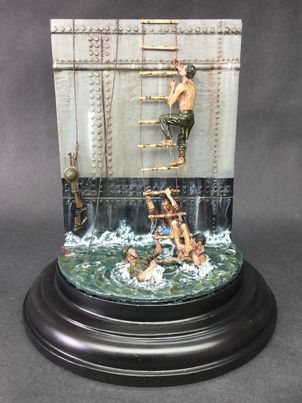 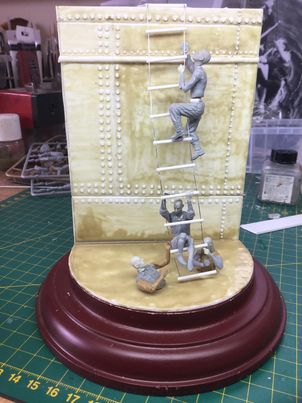 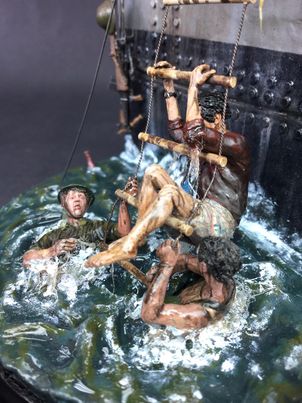 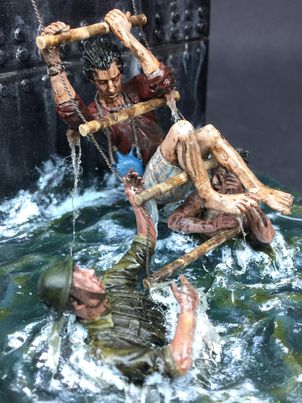 Ref my vignette is set at Dunkirk, entitled “Desperate Rescue”. Based on a famous photo of a group of men, French and British having escaped the ravages of the Dunkirk beaches in 1940, have swum out in a desperate attempt to escape, the scene shows them in the process of trying to cling to life and climb the rope ladder of a passing allied ship that has been waiting offshore. Men used the inner tubes of abandoned vehicles and anything that would float in an attempt to escape, the prospect of sitting in a POW camp the alternative.

The figures are 1/35 converted and re sculpted Miniart, with hornet heads. The side of the ship and other details are scratch built.