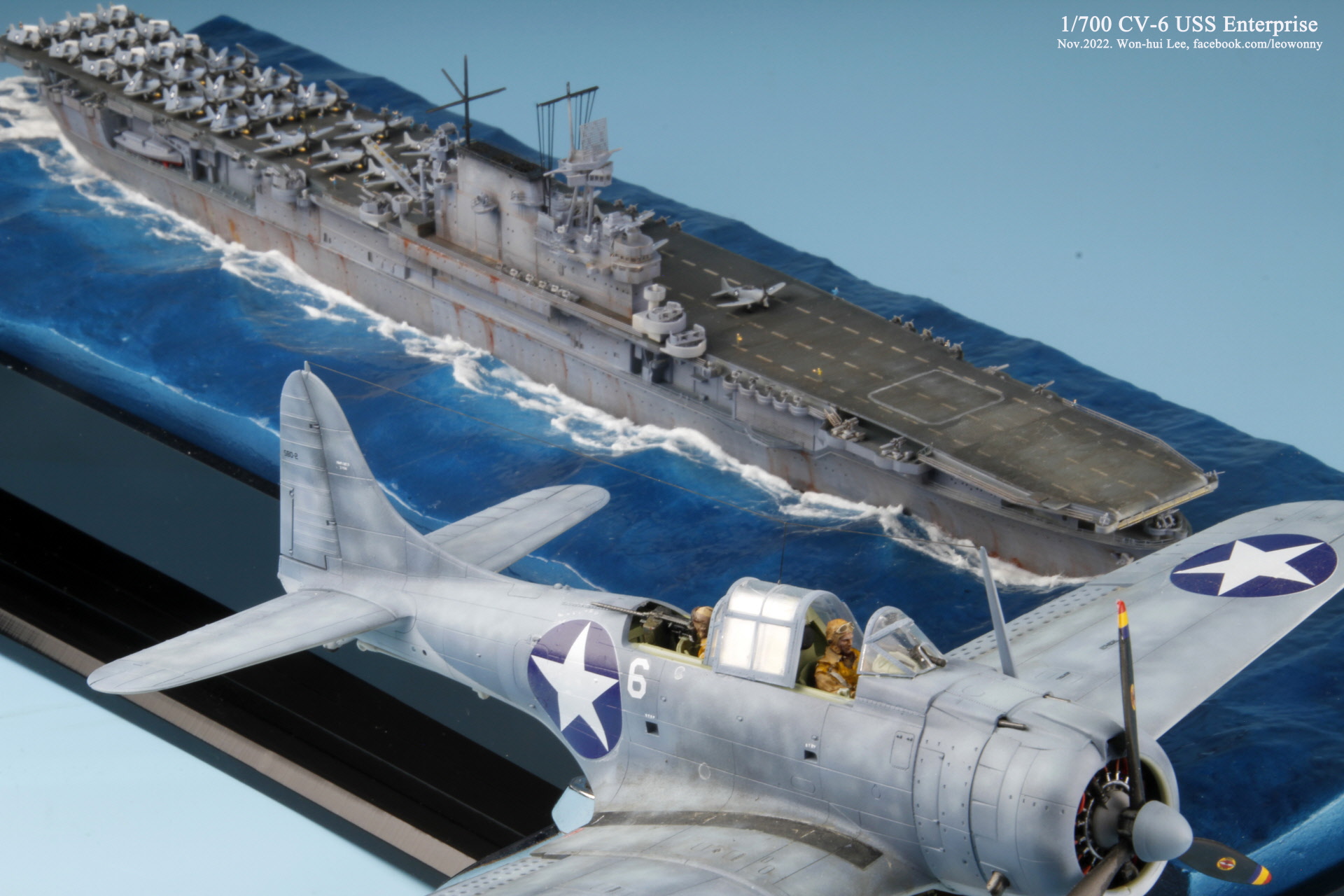 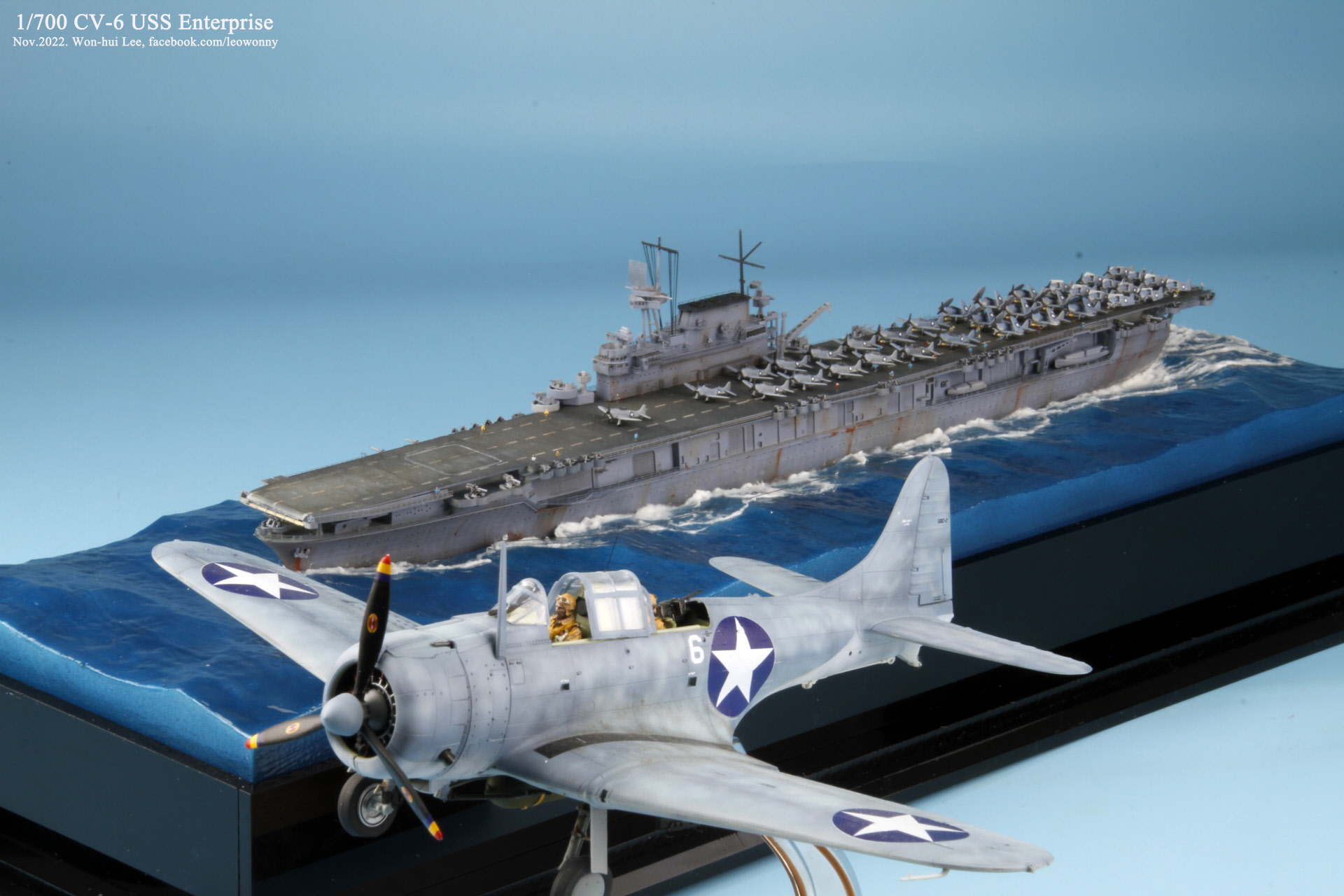 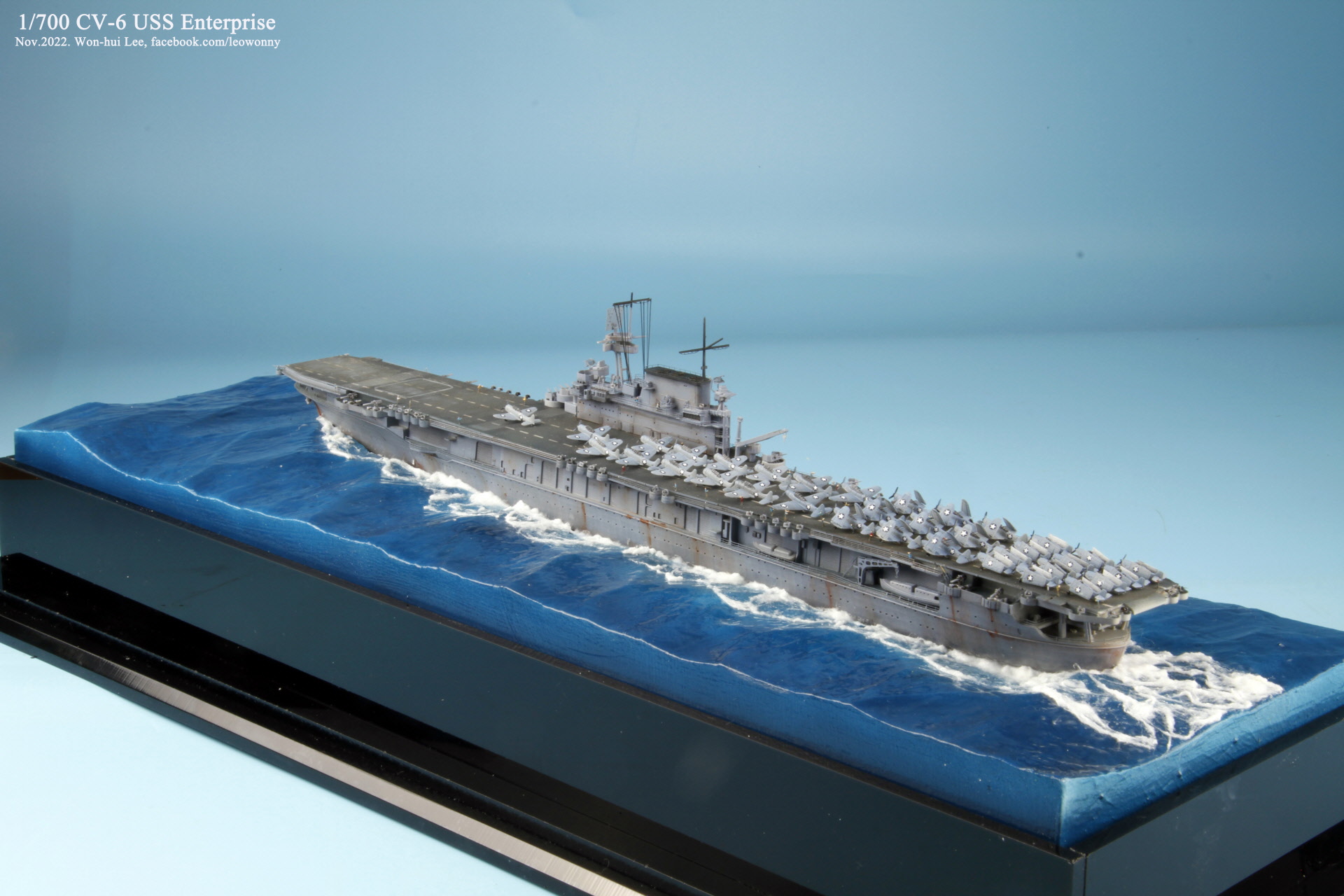 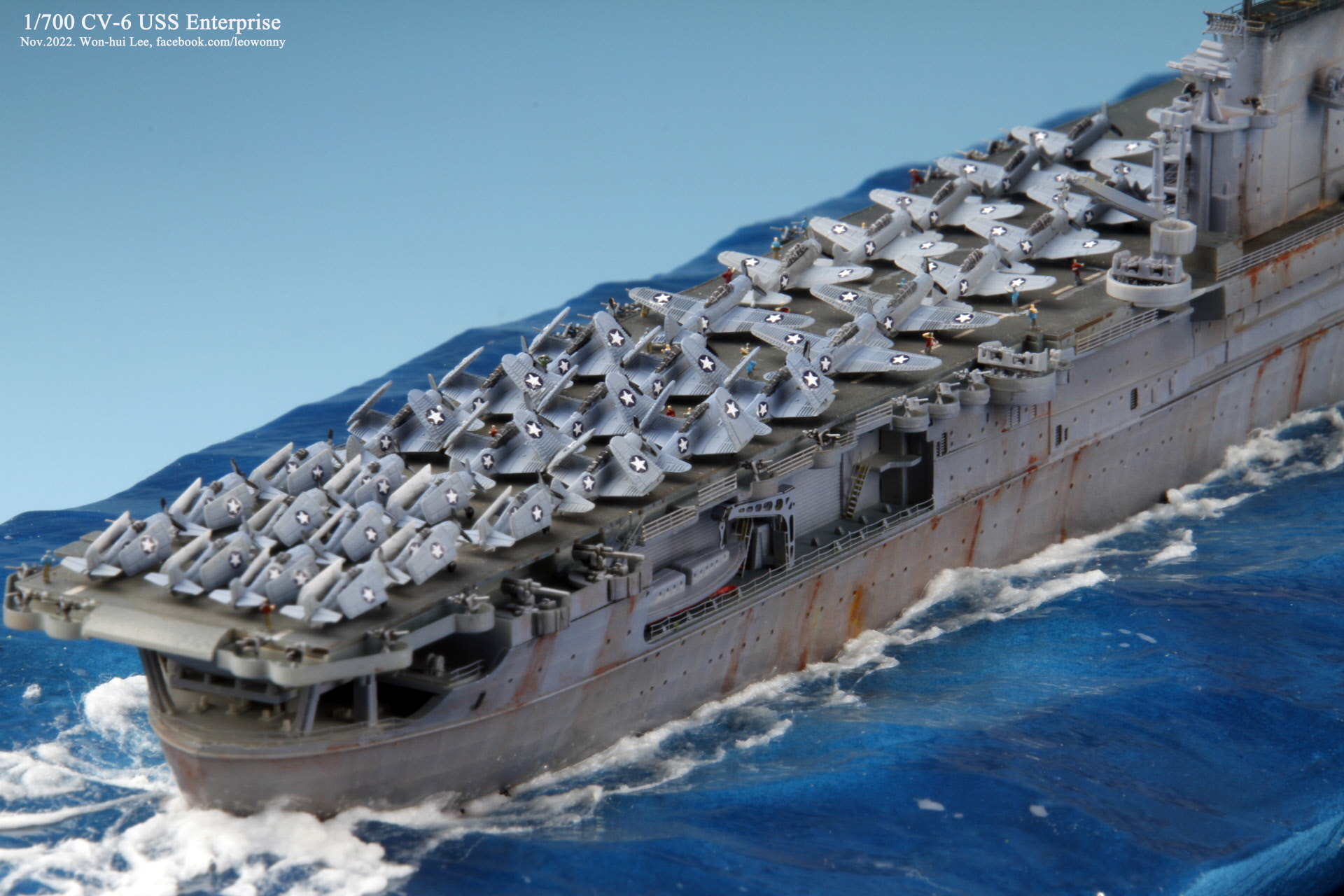 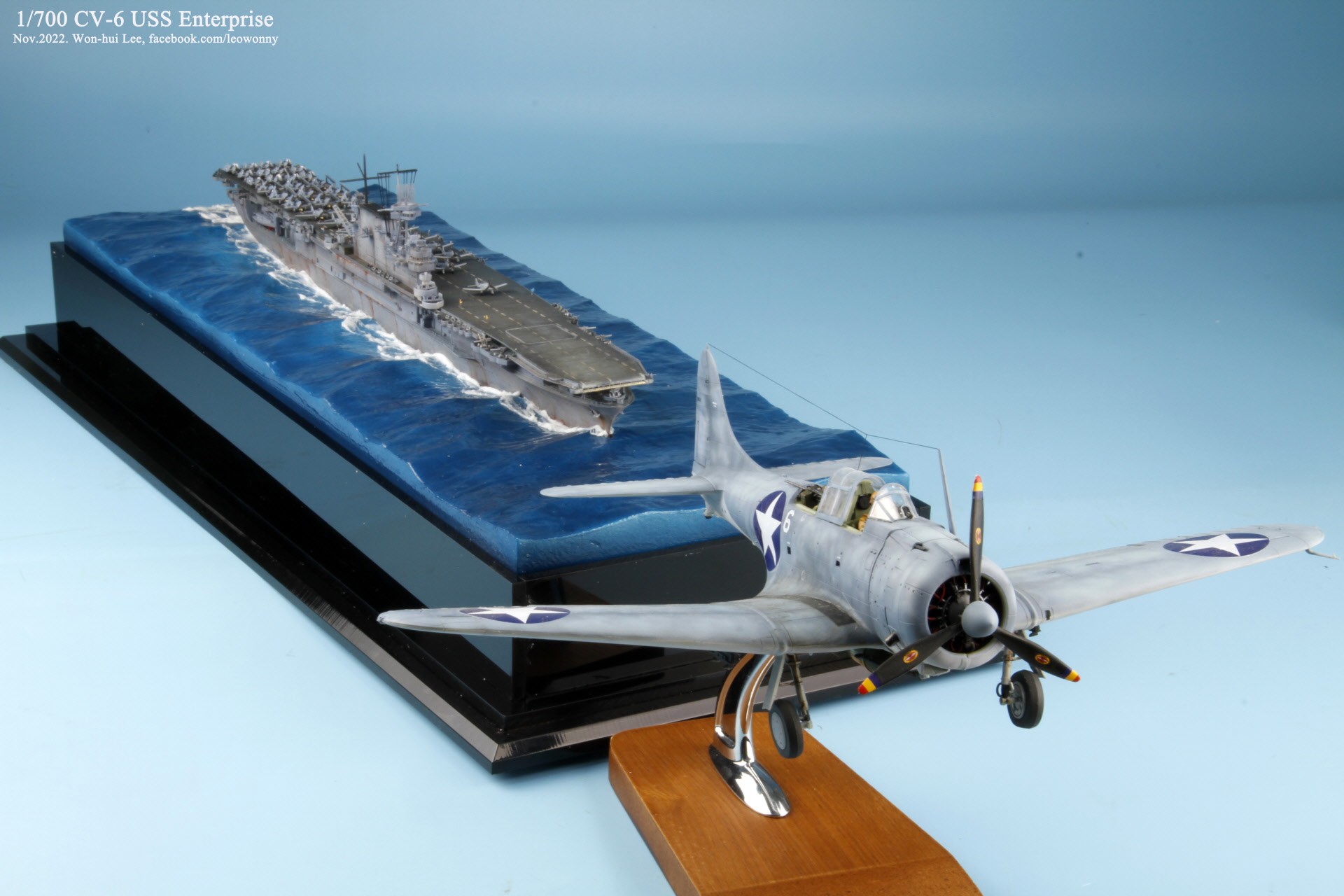 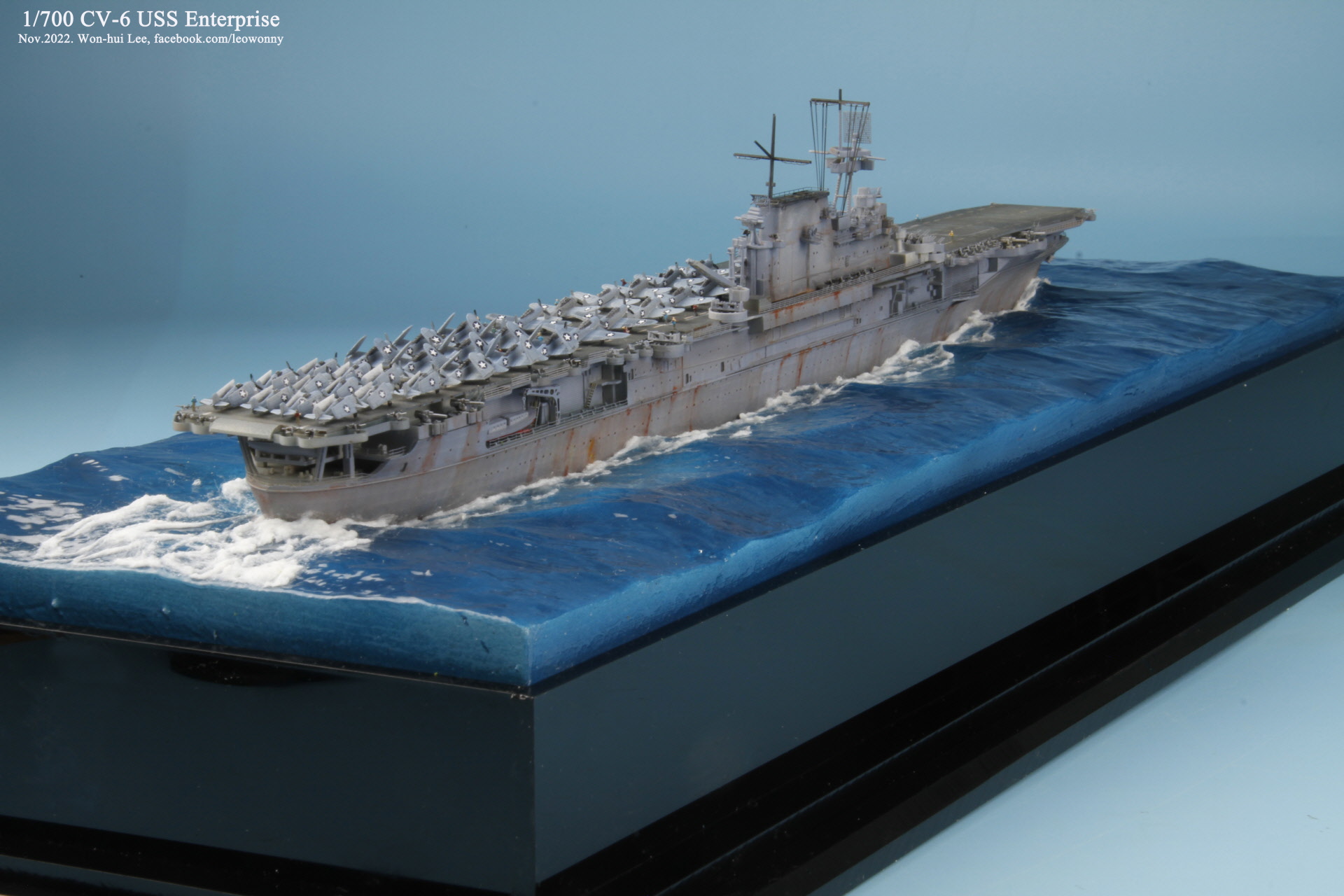 The three Yorktown sisters defeated Japanese aircraft carriers Akagi, Soryu, Kaga and Hiryu and led to victory in the Battle of Midway. After the sinking of Yorktown and Hornet, Enterprise played miraculously against the Japanese Empire alone in the Pacific Ocean for a year. I salute the legendary aircraft carrier Enterprise (Big-E), which struggled alone before the advent of the Essex-class aircraft carrier. I directed an enterprise during the Battle of Midway. I took a picture with a dauntless dive bomber that I had built before. 1/700 scale Manufacturer : Trumpeter Aircraft : flyhawk