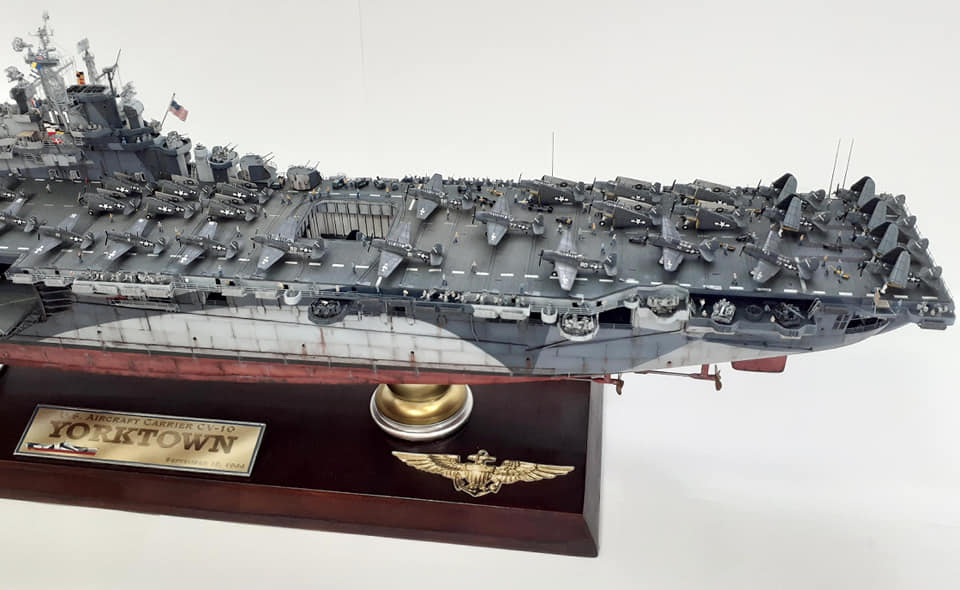 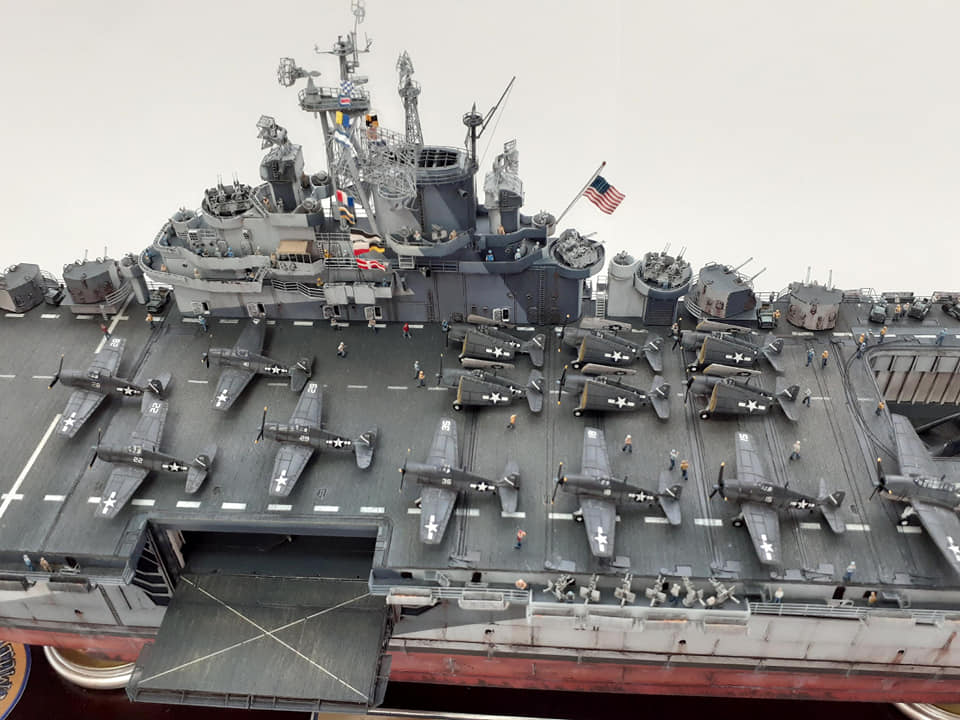 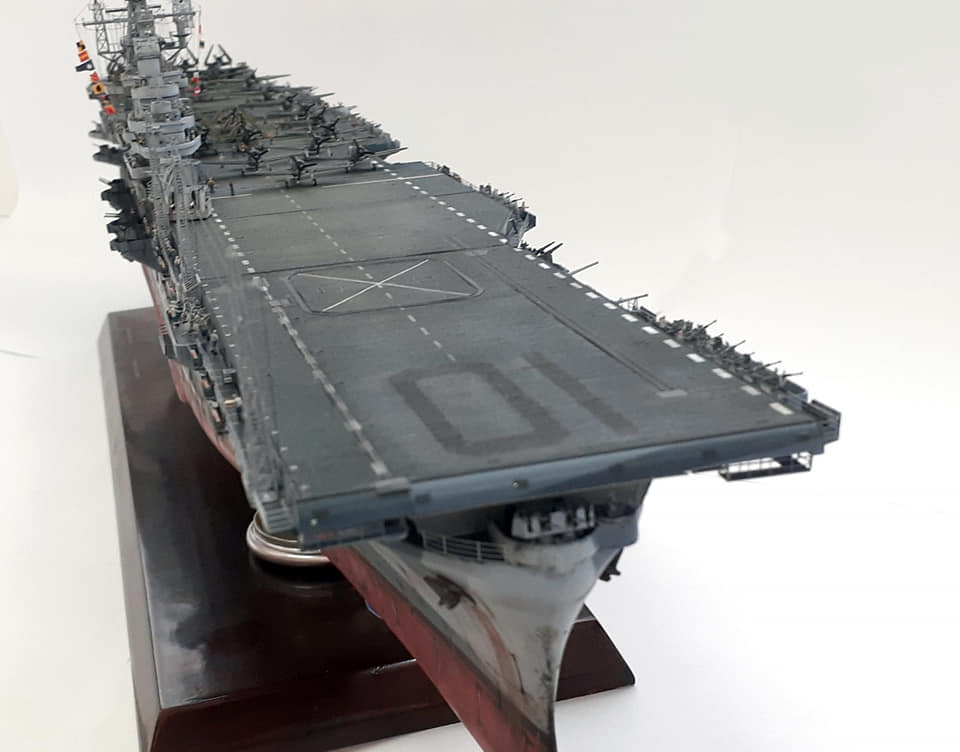 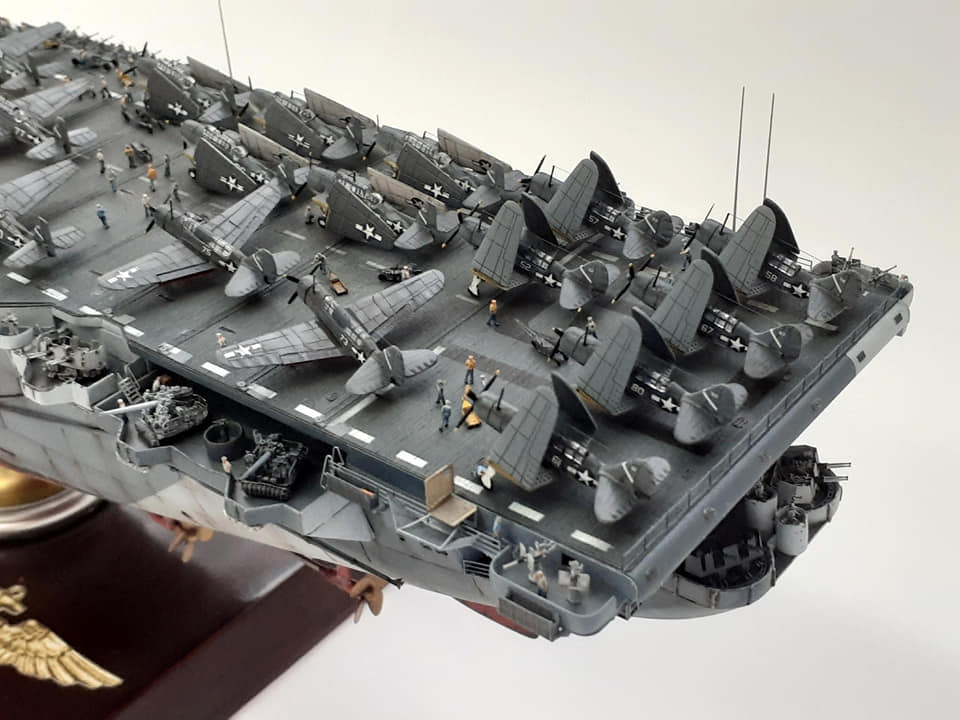 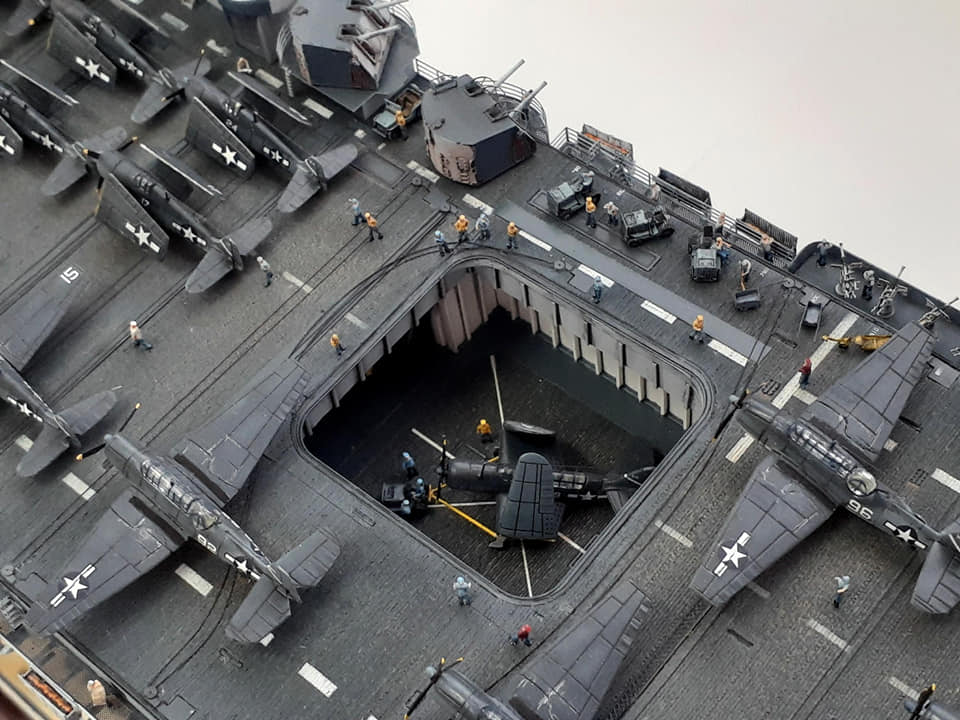 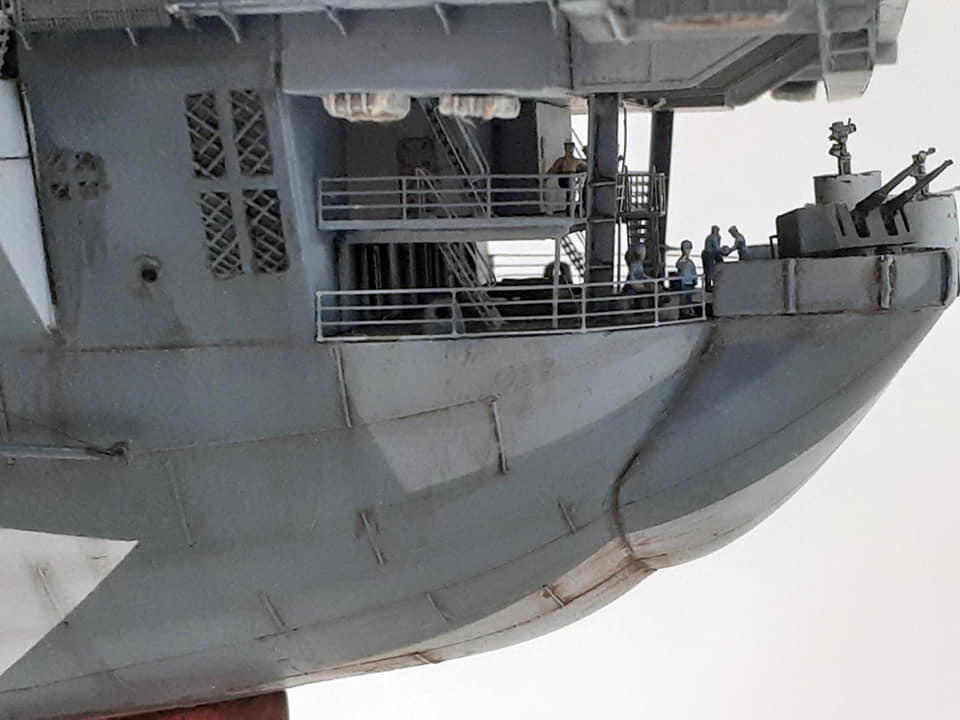 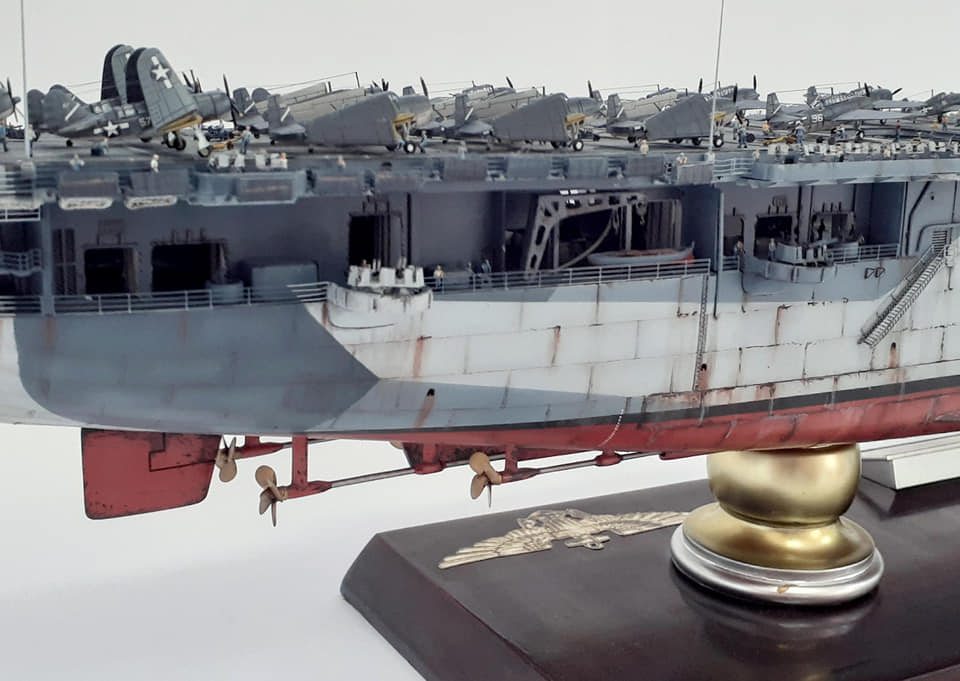 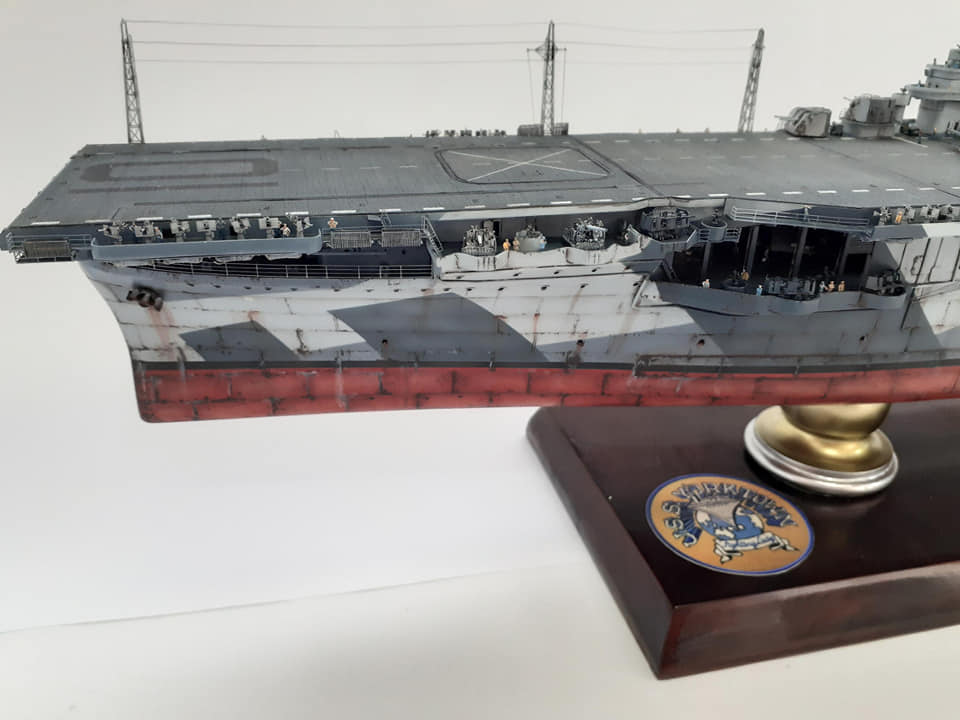 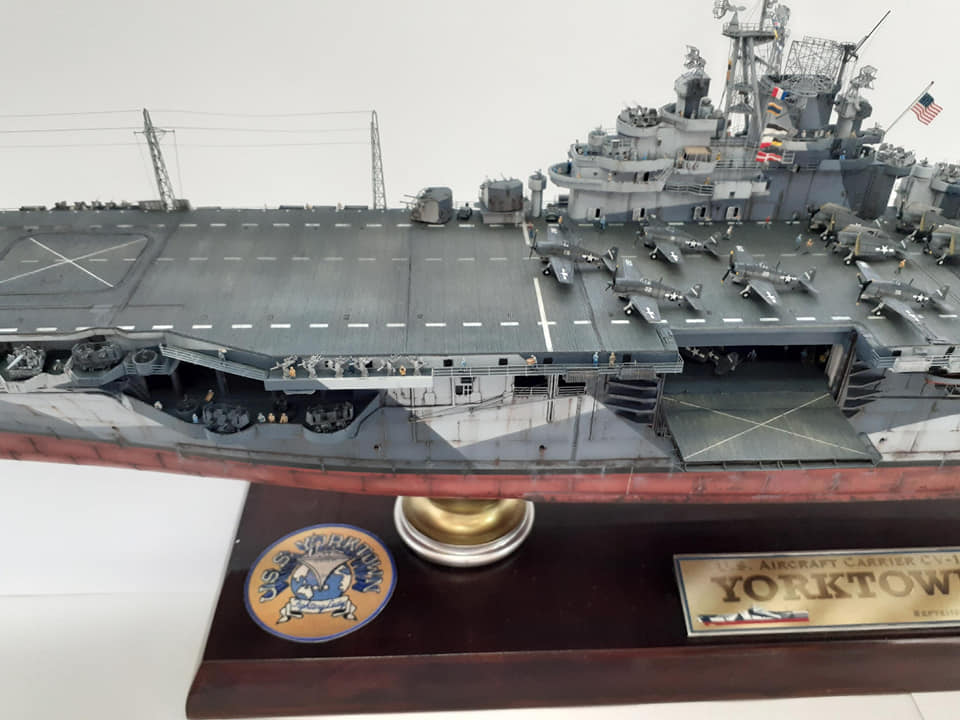 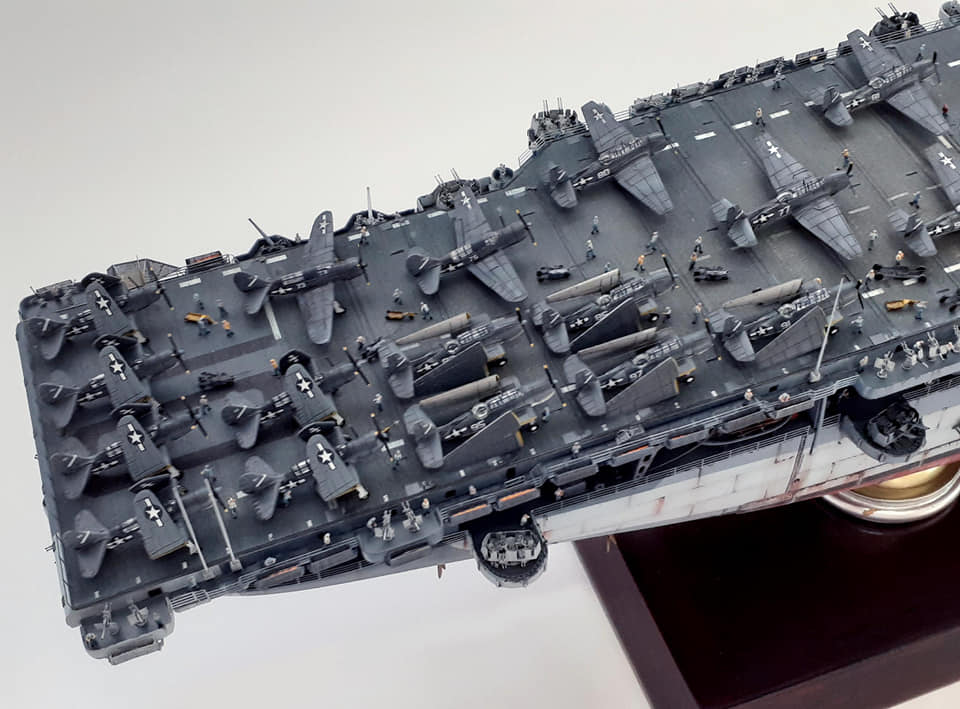 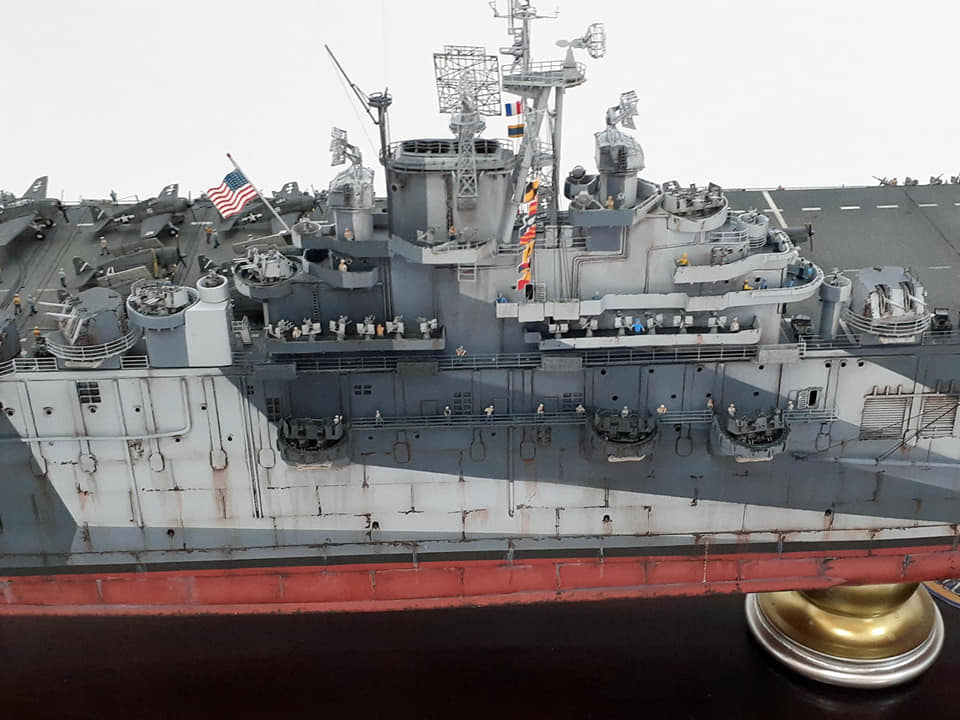 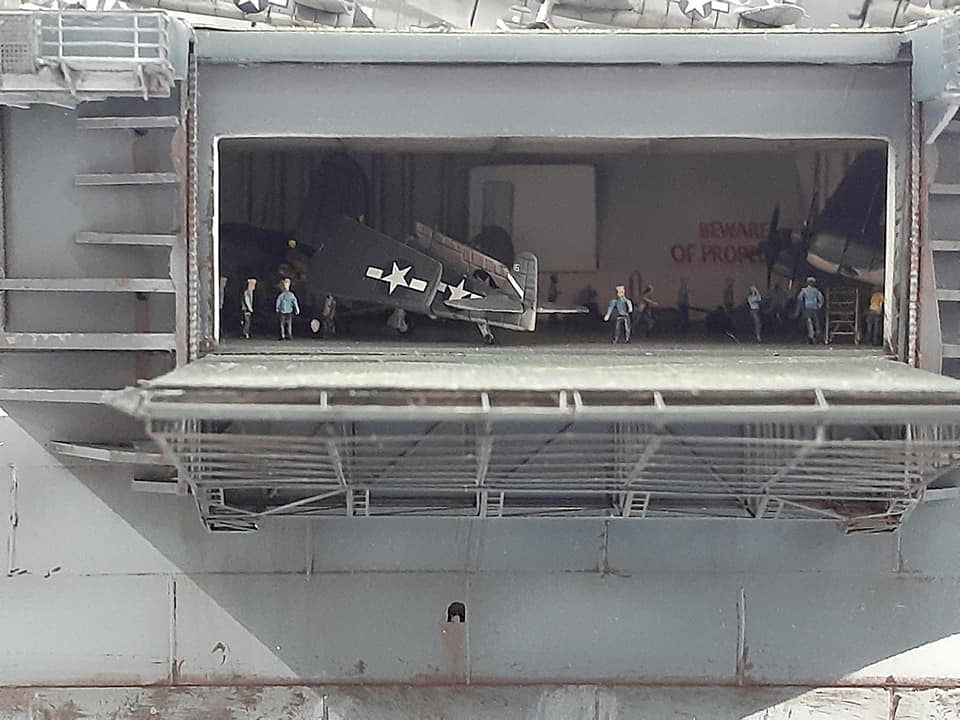 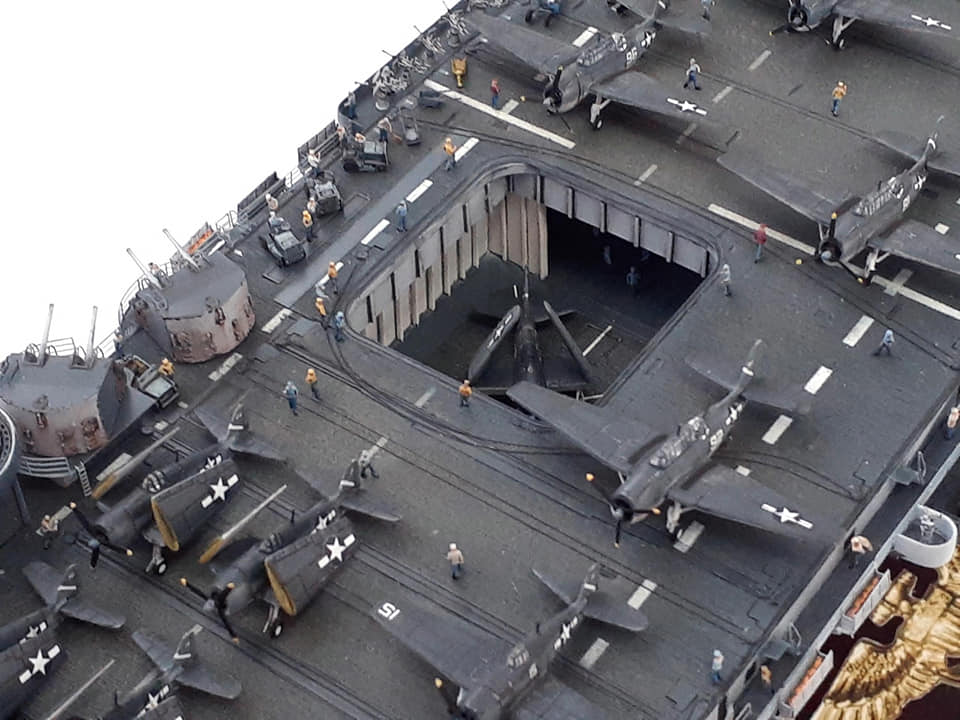 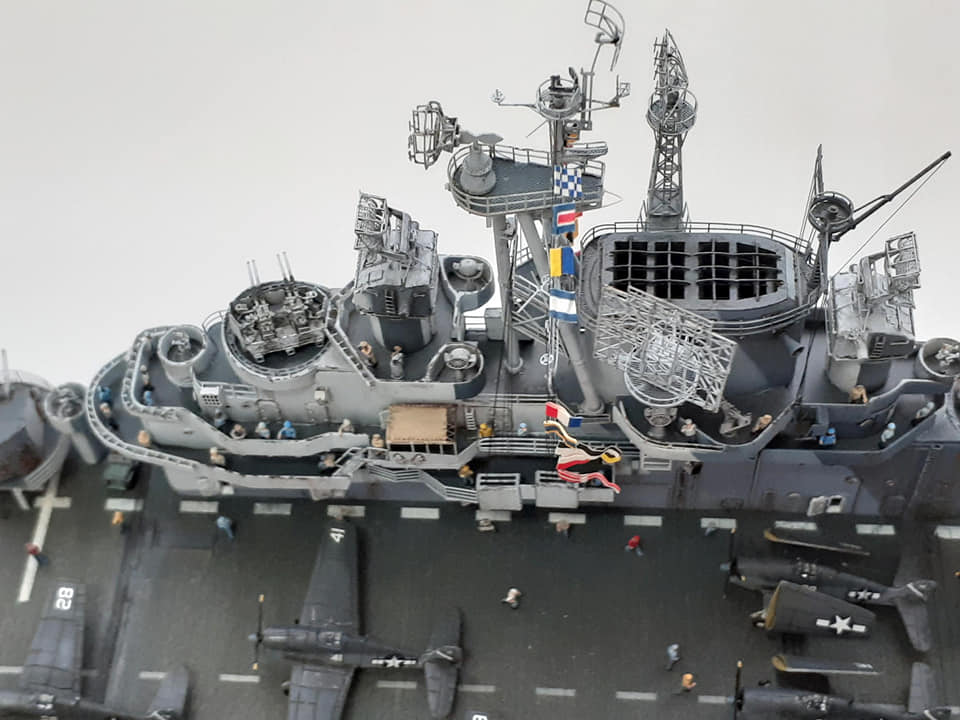 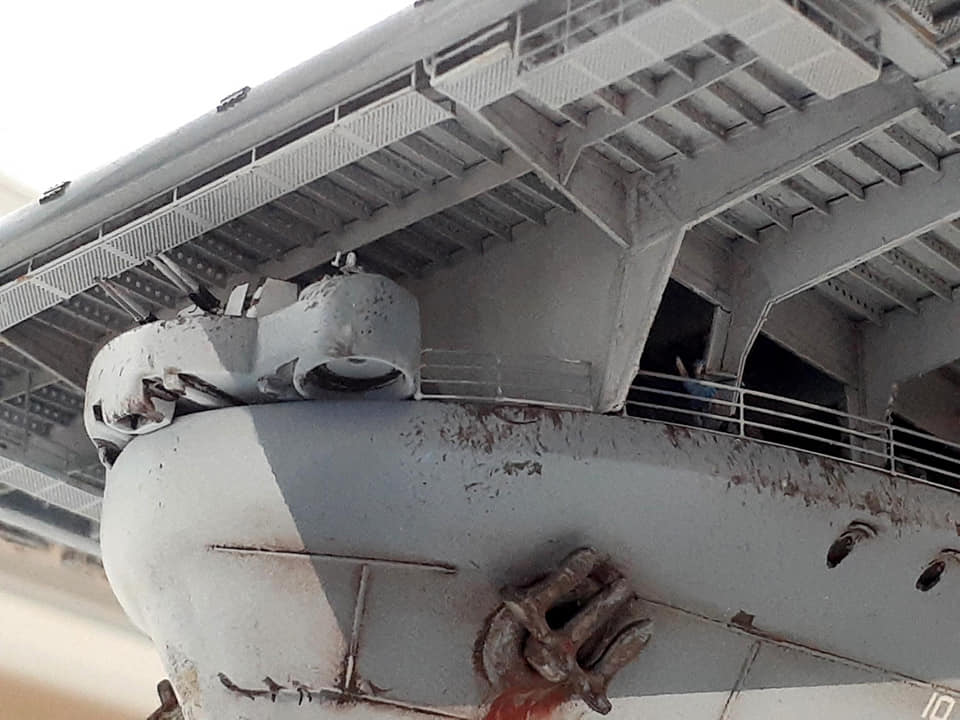 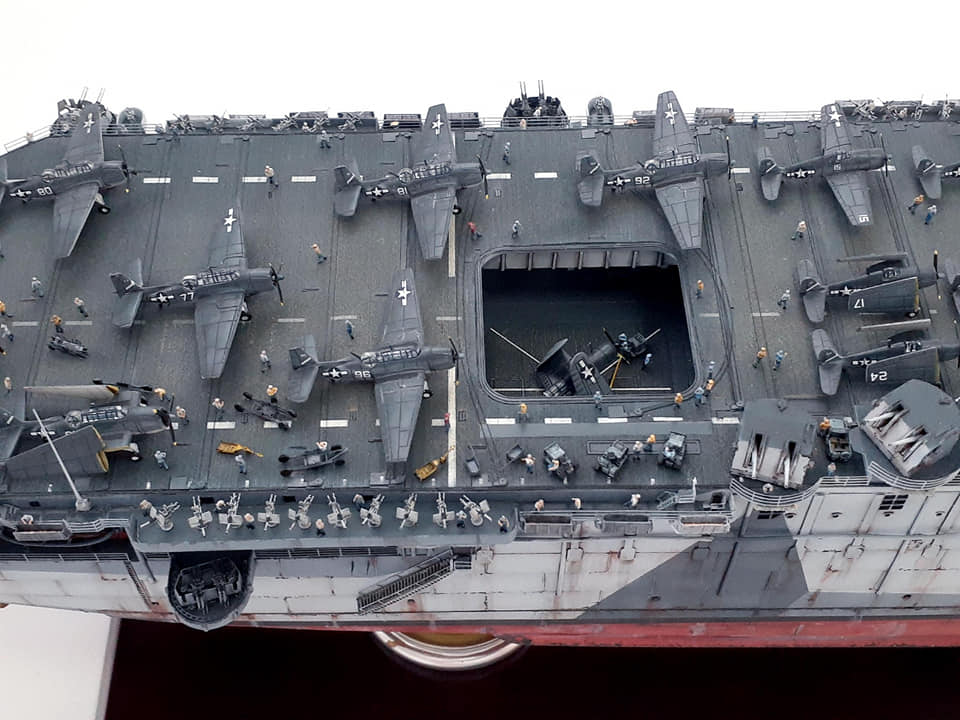 The entire hull was detailed and many details were missing.

The entire interior was built with plastic sheets in different thicknesses, including the elevator shaft.

The detail set of Pontos Model was used.

The upper deck lines had to be painted because the set mask is wrong.

Using an official Navy design I made the correct mask.

Various vehicles such as jeeps and equipment such as trolleys, pump cards, stairs.

The set of 54 planes in total include Hellcats, Helldivers and Avengers.

And to give life to the ship, 350 figures from North Star were placed in all areas.

The assembly time was 6 months, working an average of 4 hours a day.