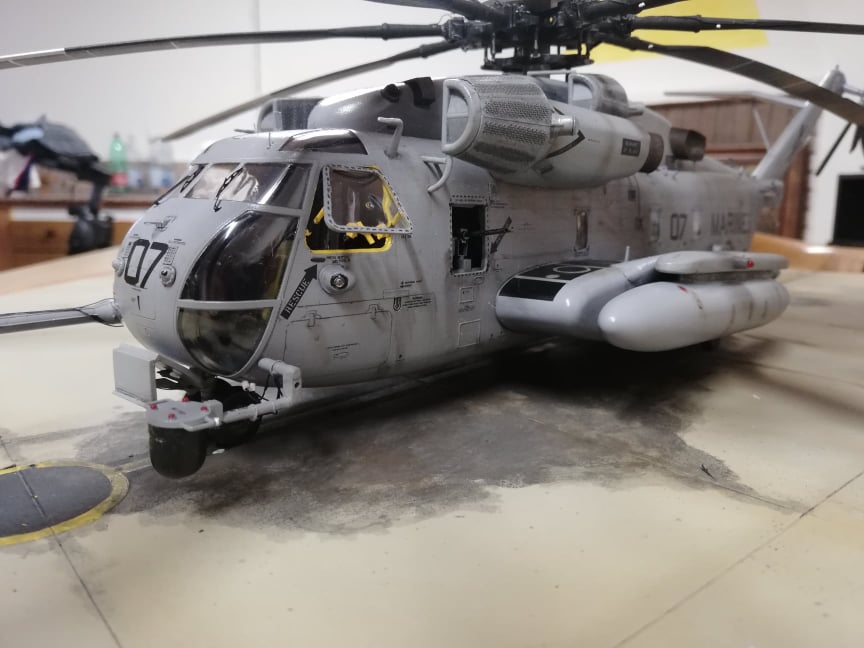 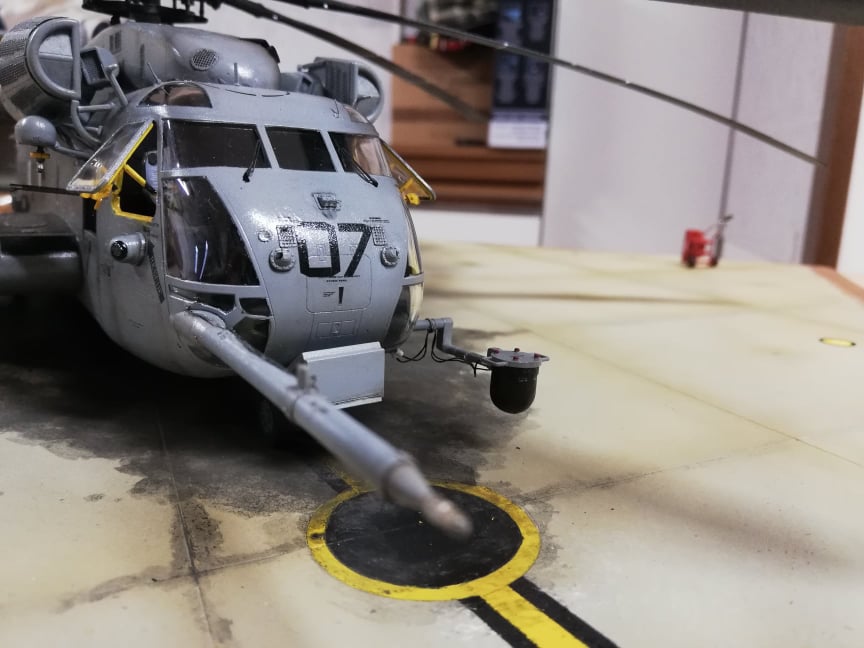 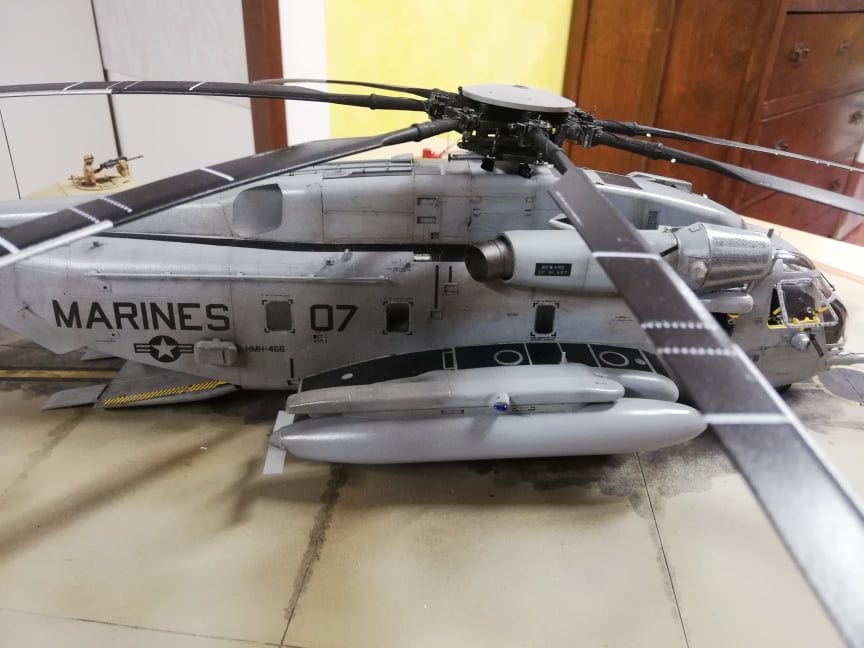 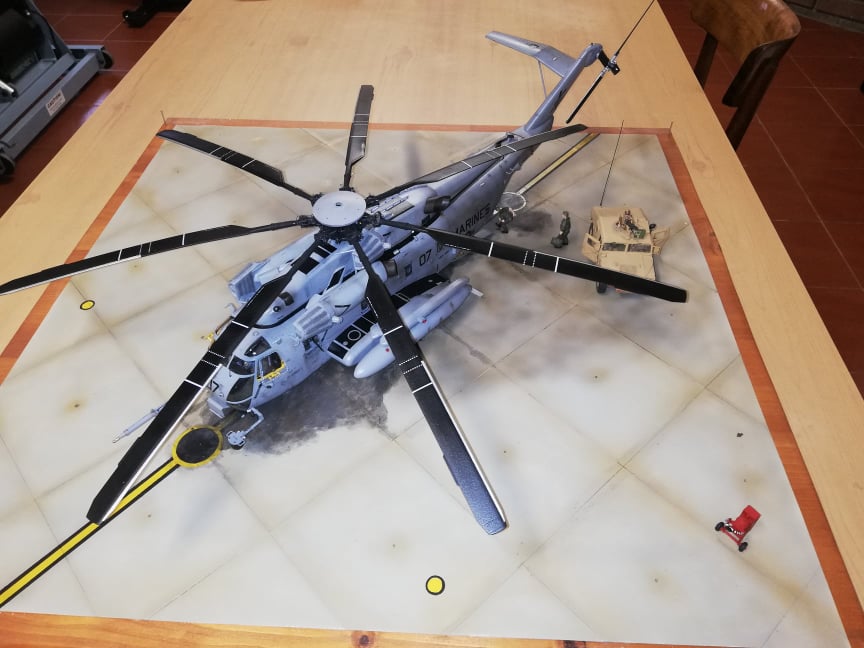 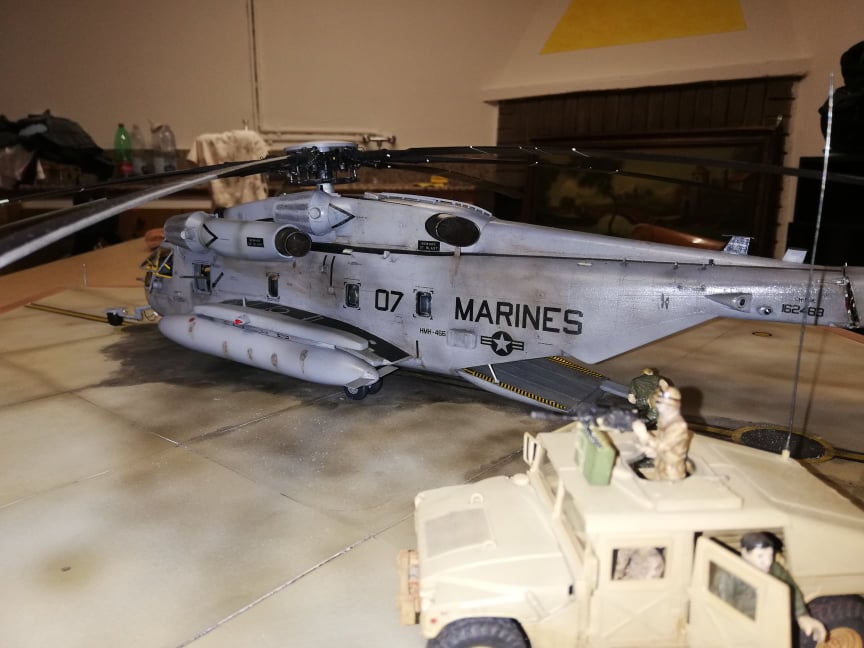 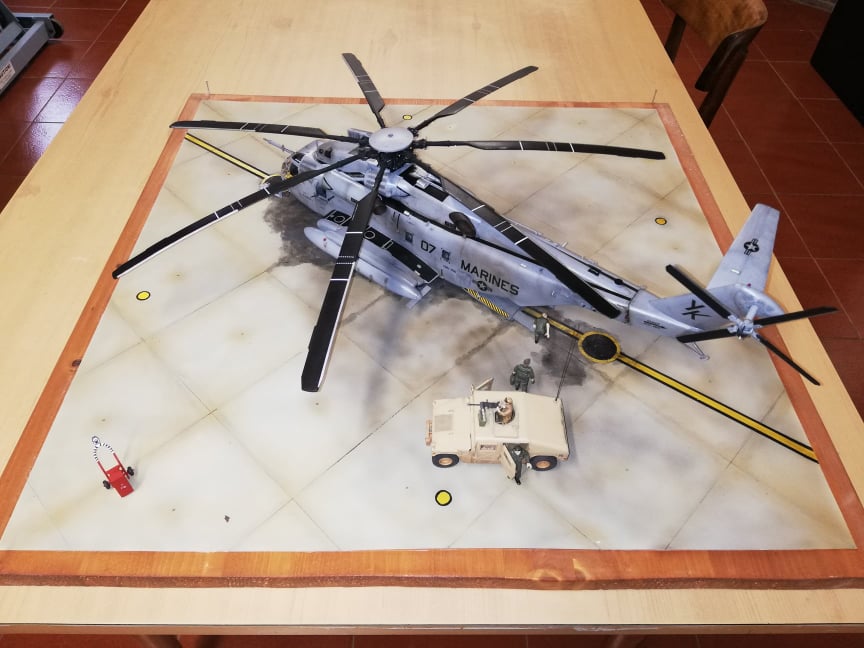 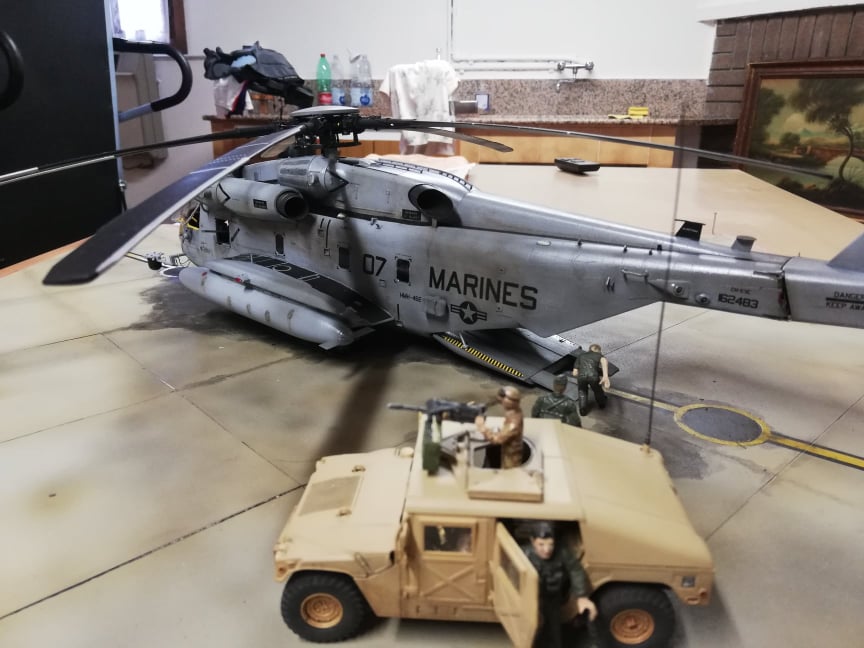 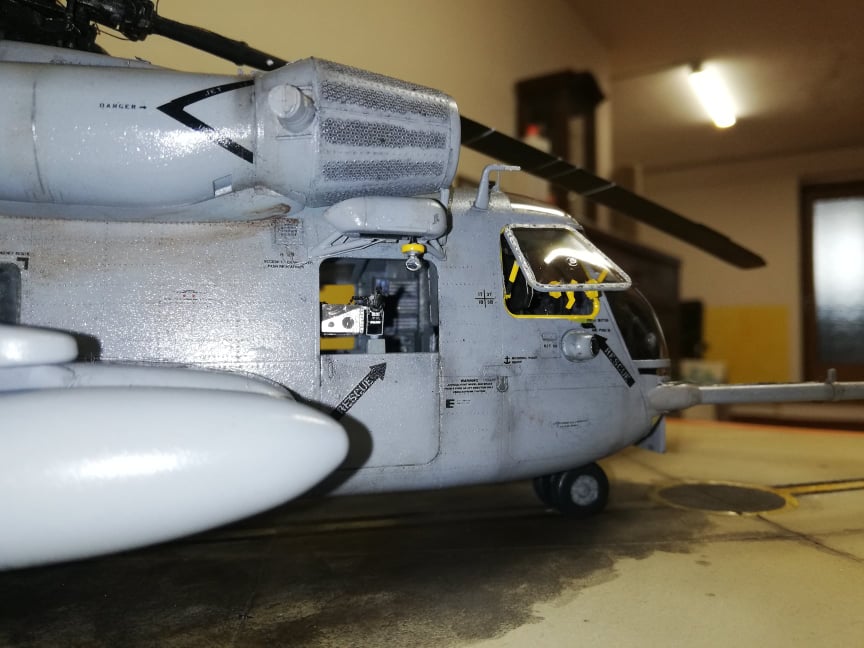 CH53E Academy 1/48, kit currently difficult to find, I took it ten years ago when it was still in human figures, added Eduard dedicated photoetched set, added details a Po everywhere even if the most tedious part is the riveting on the whole model, in reality there are thousands of rivets, traced with a self-built riveter with old clock gears, some with a trumpeter riveter, the basic idea is to depict an aircraft ready to take off from Miramar, from satellite photos, which I used x the runway and other photos on the net, the runway has a lot of dirt where the 53 are stationed, both open and closed, the blades are hot bent by immersing them in hot water, folded as in reality when the aircraft is stationary, they flex a lot, detailed cockpit and load compartment with seats x troop, I only placed the fire extinguisher as there is a lot of space between one aircraft and the other the hammer unloads pilots and servants to the machine guns prone x mission training or, the hammer is a tamiya and characters are hasegawa, details added to both rotor and refueling probe and infrared sensor, open windows with no closures in the kit, exhaust fumes are present on all aircraft, they are always a little dirty.