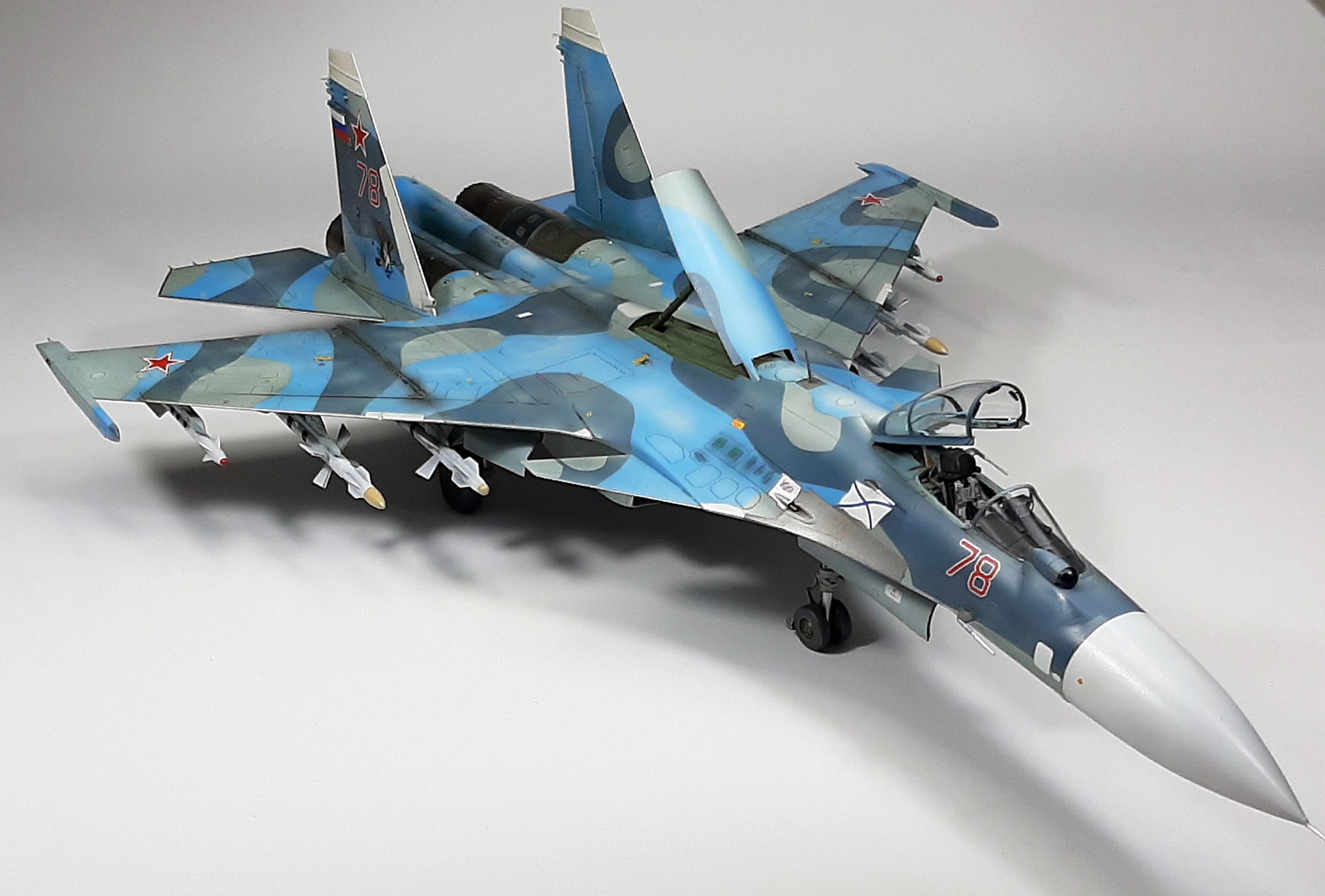 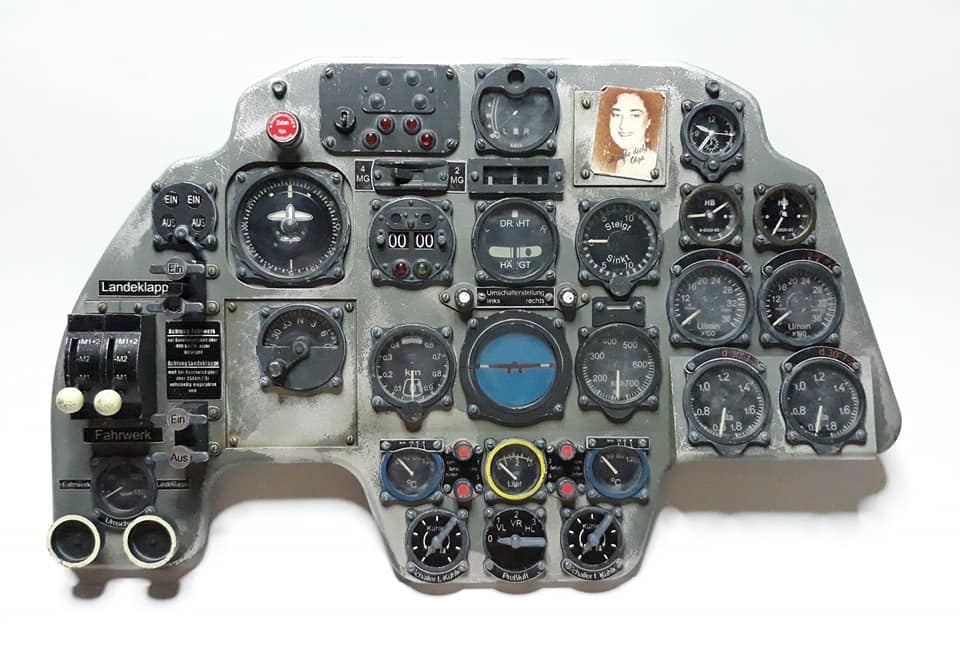 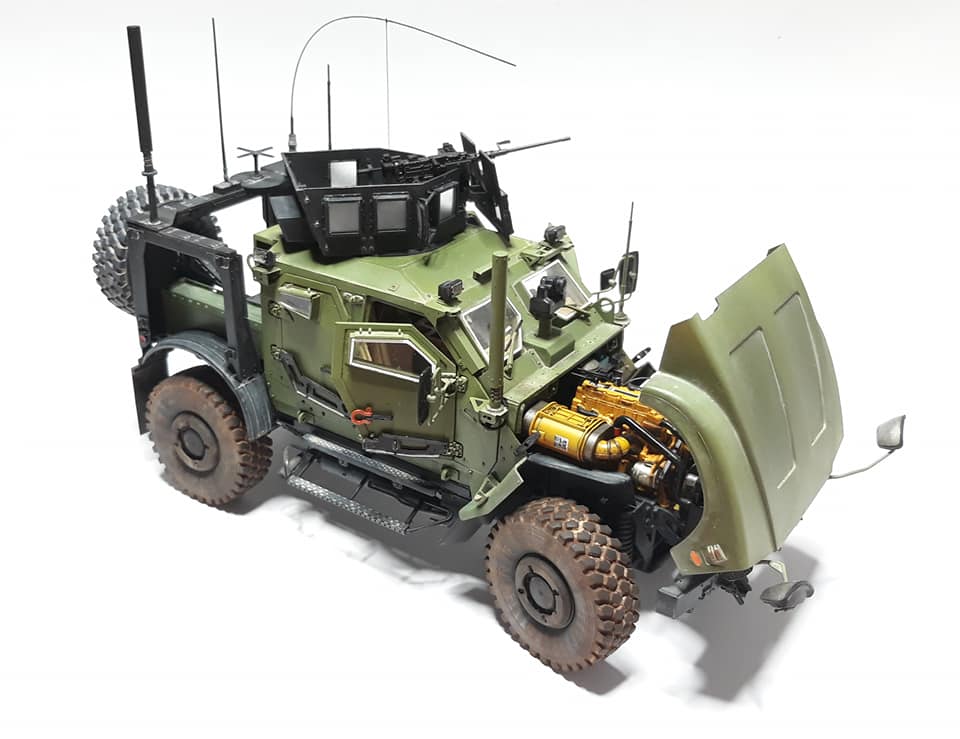 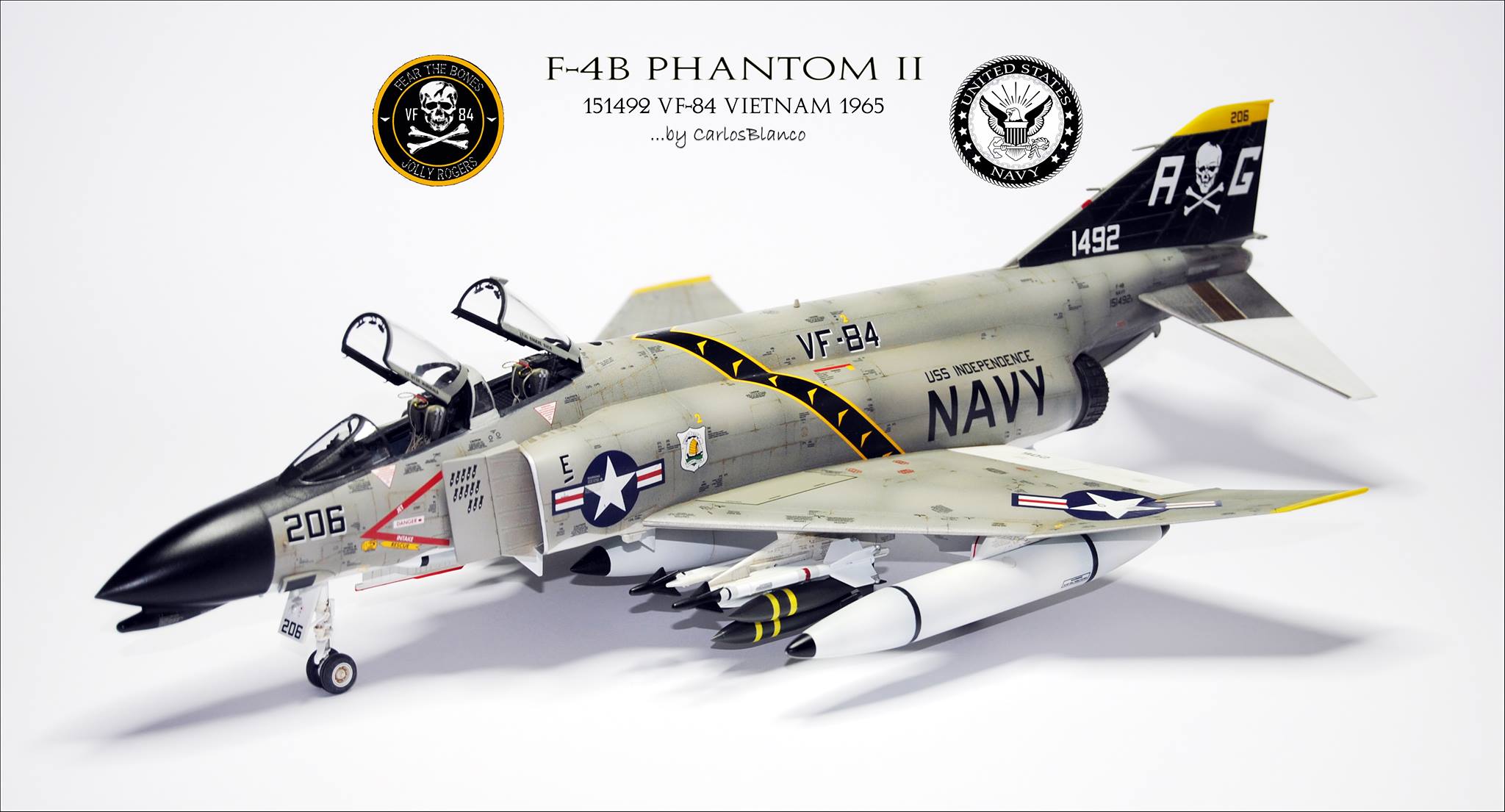 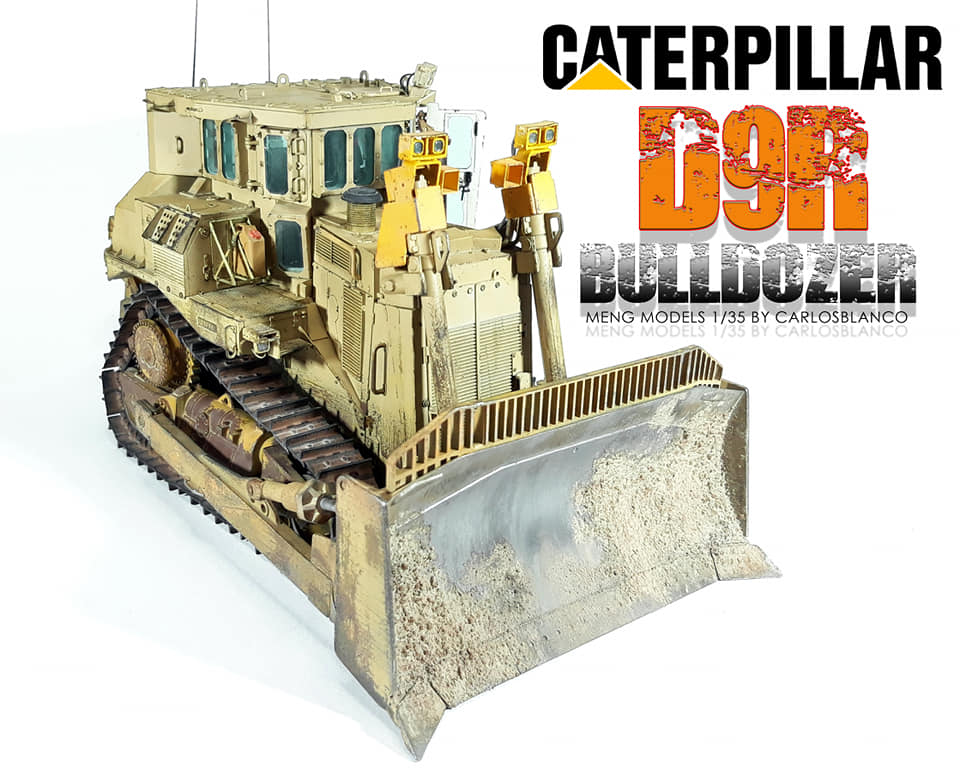 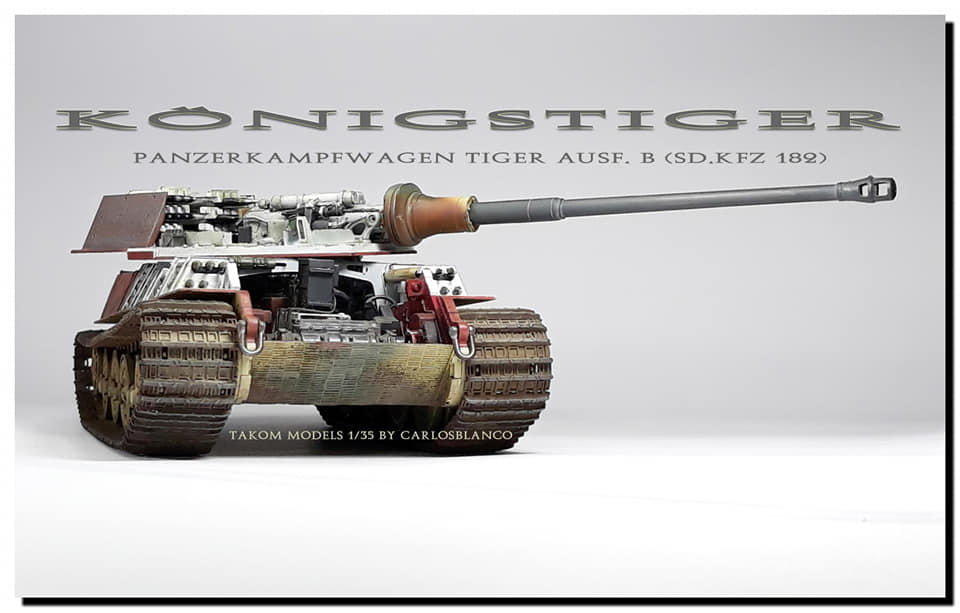 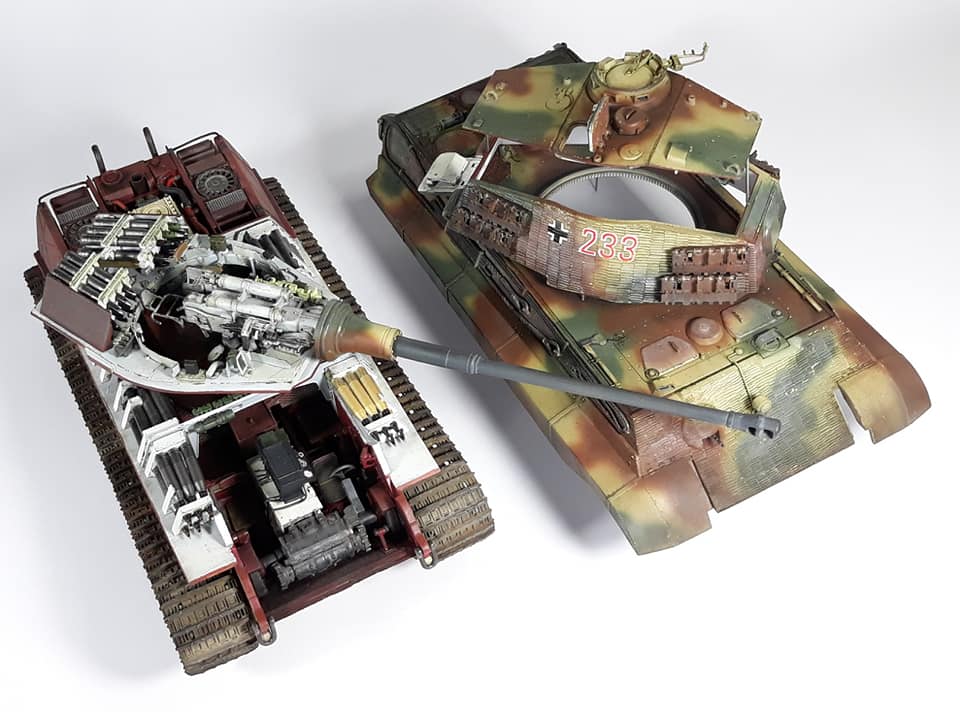 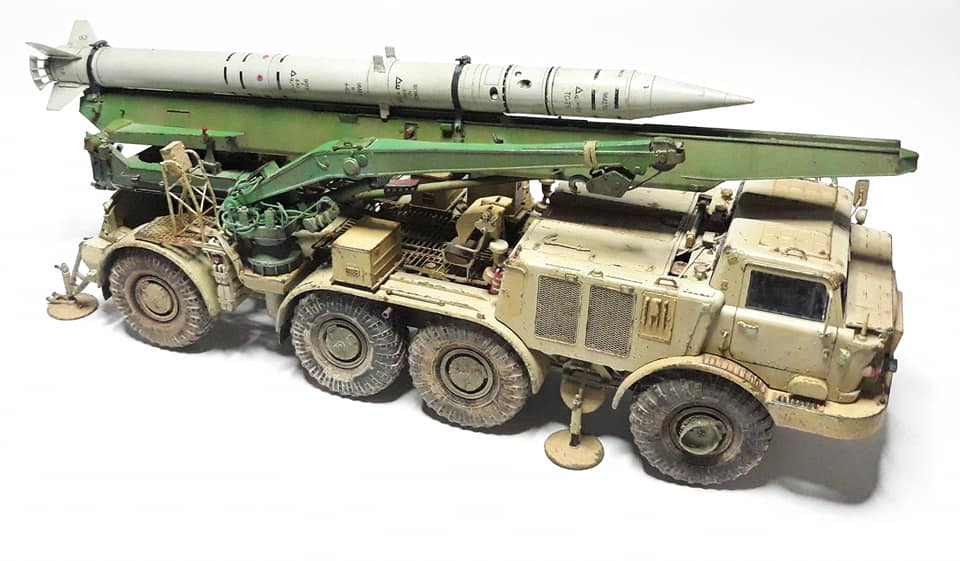 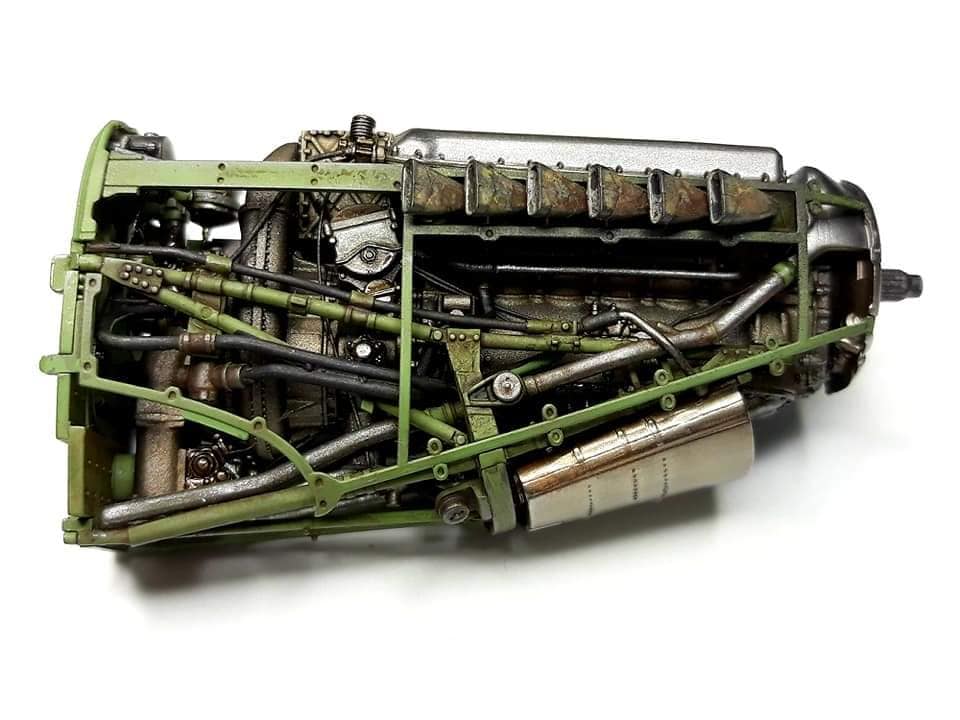 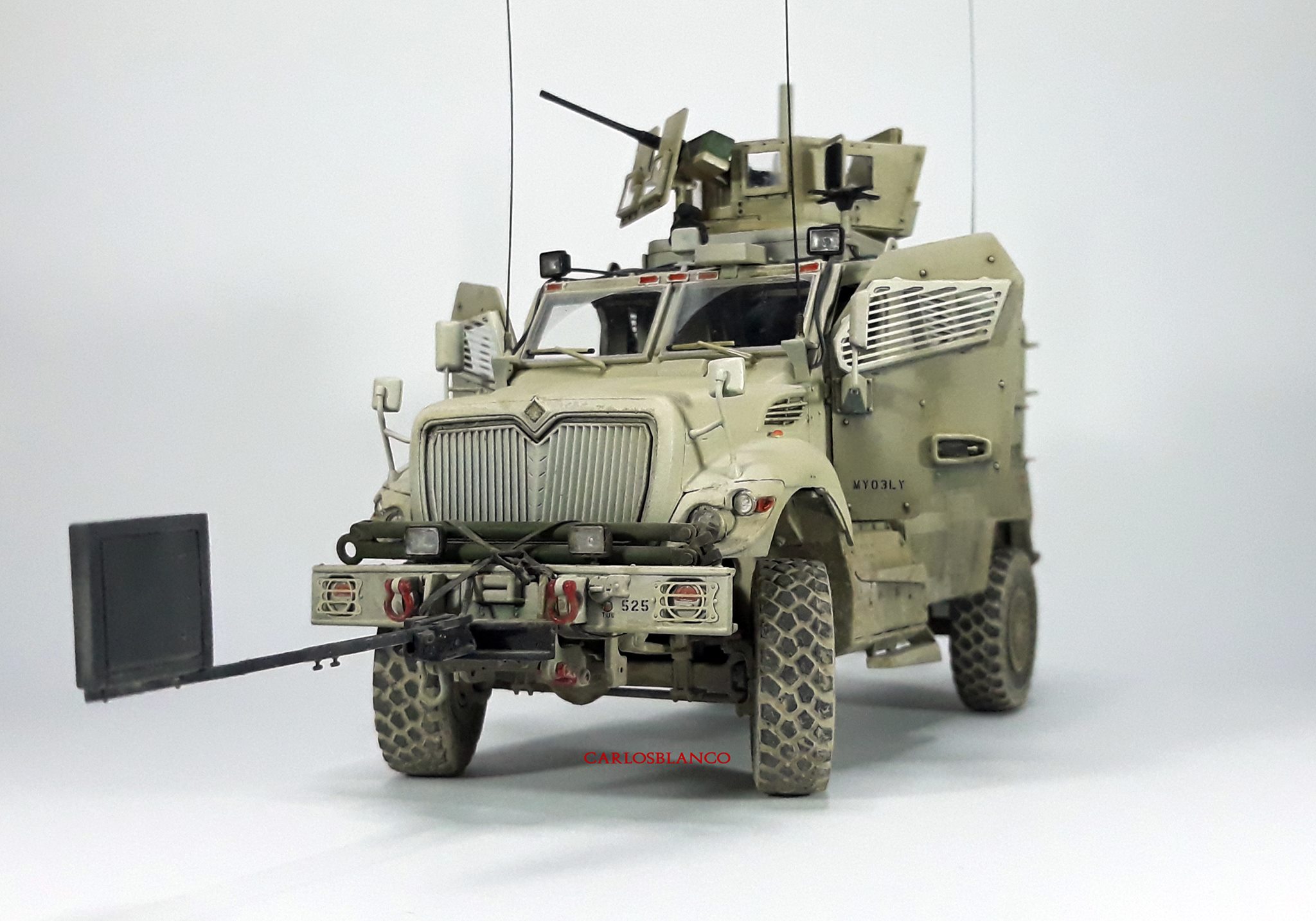 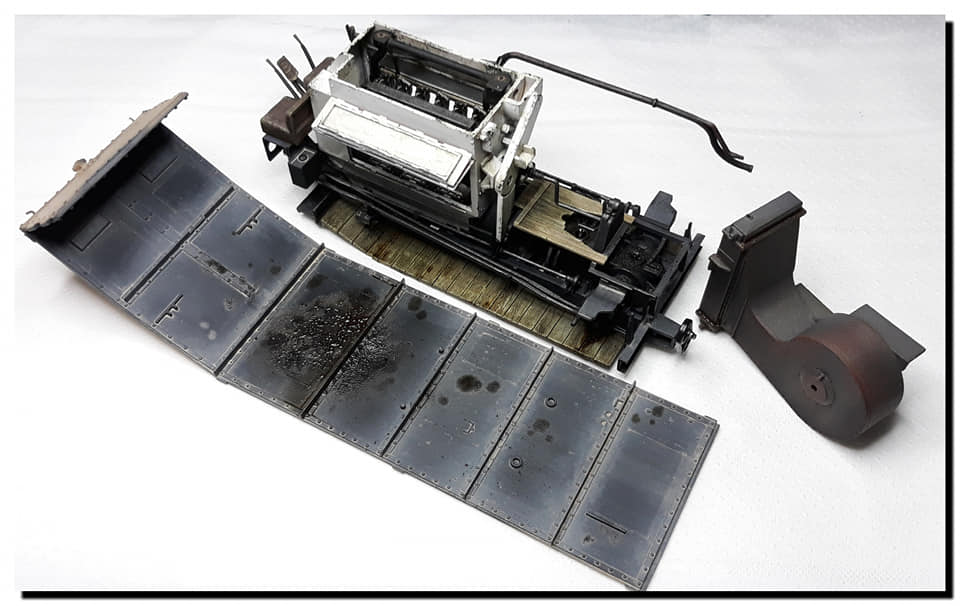 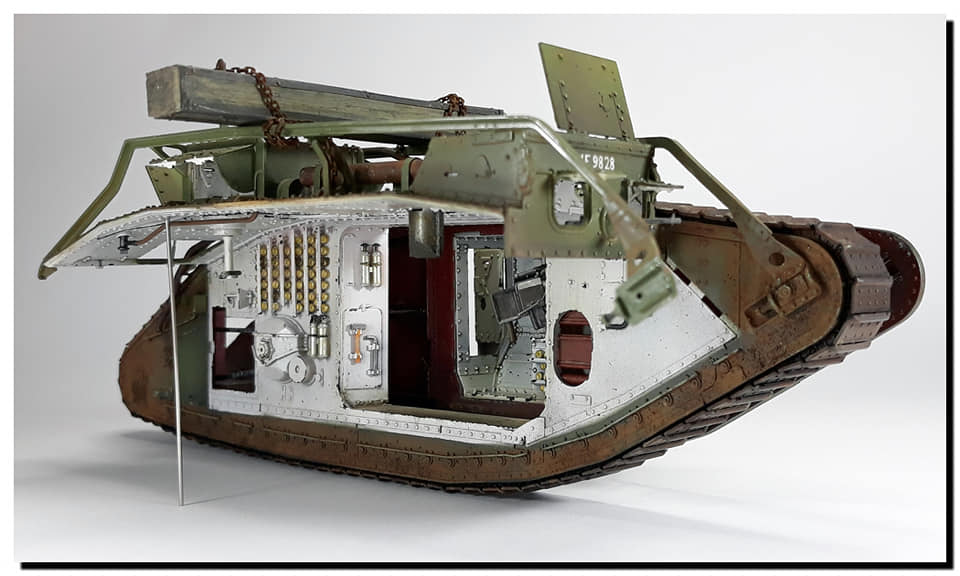 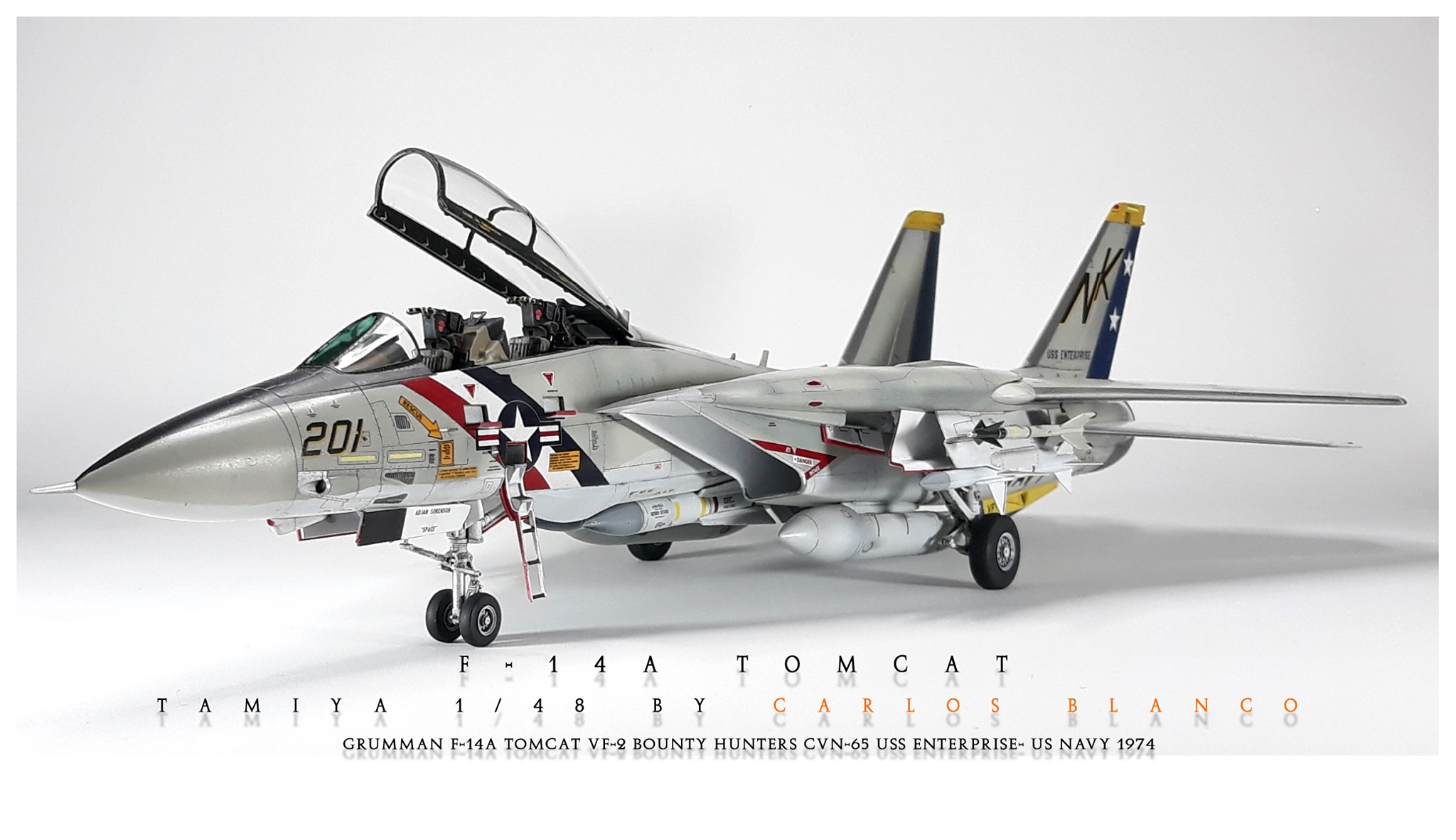 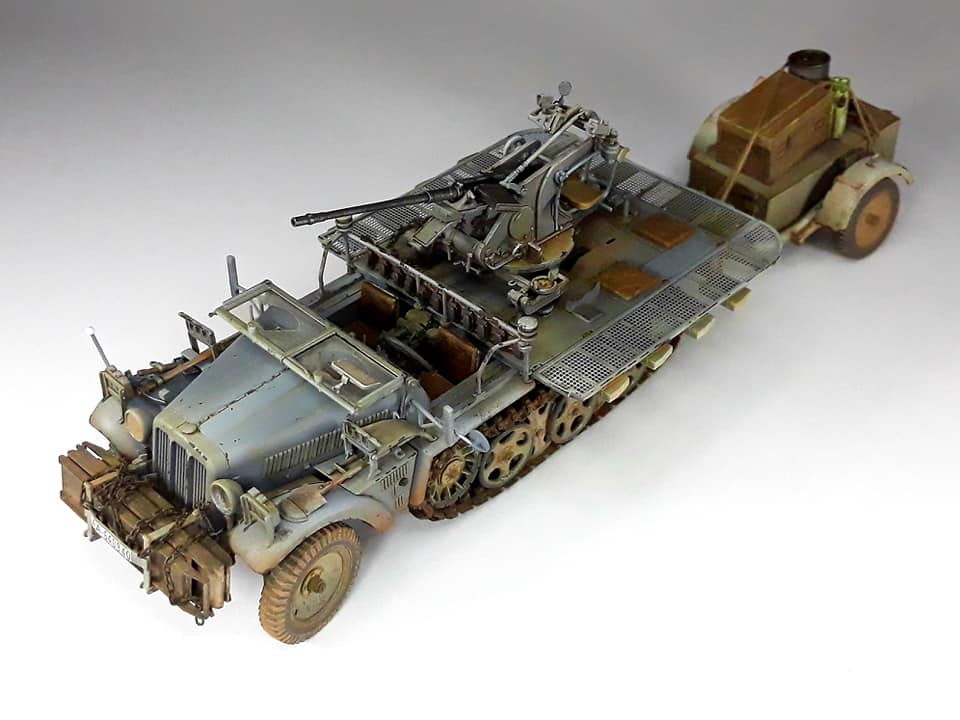 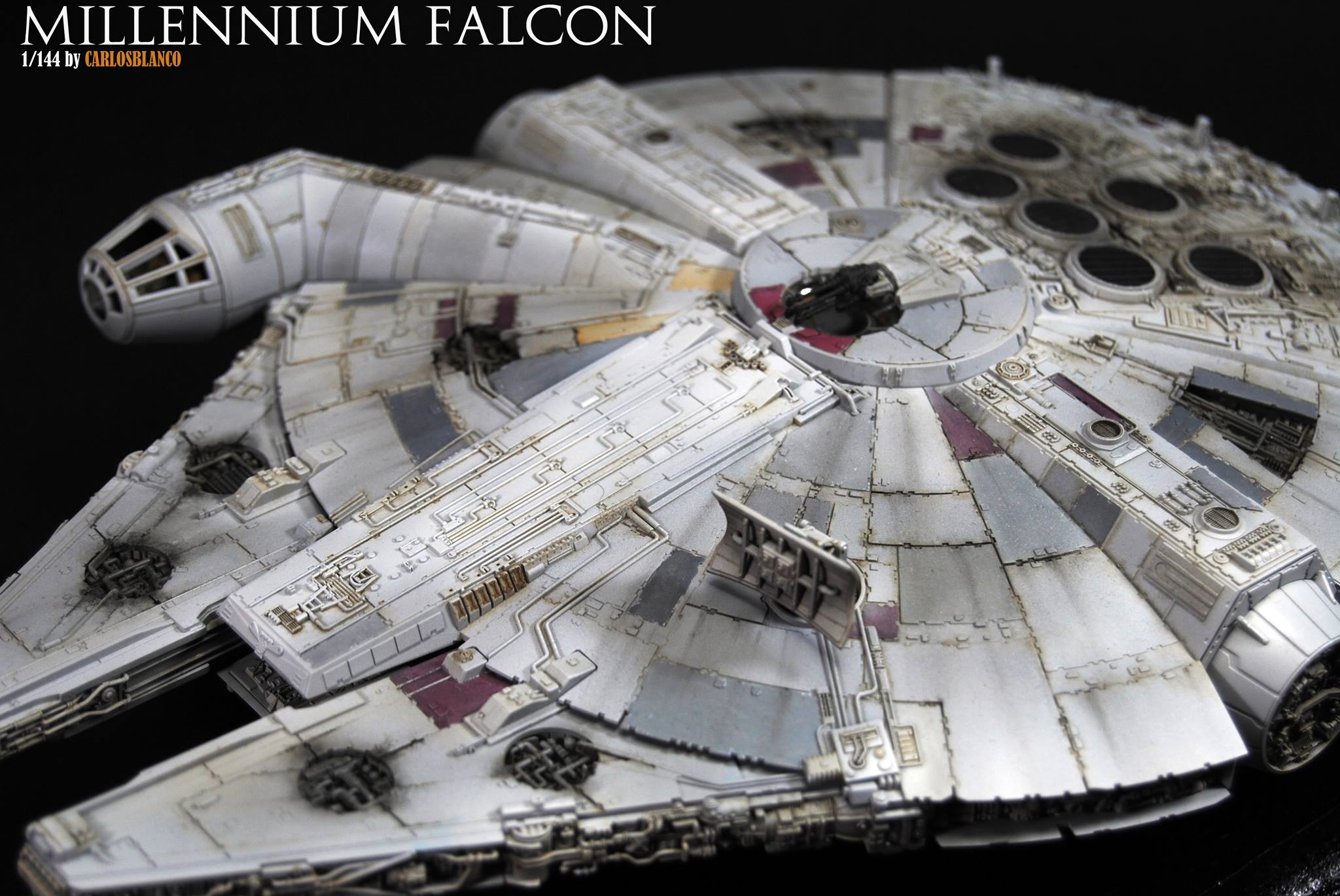 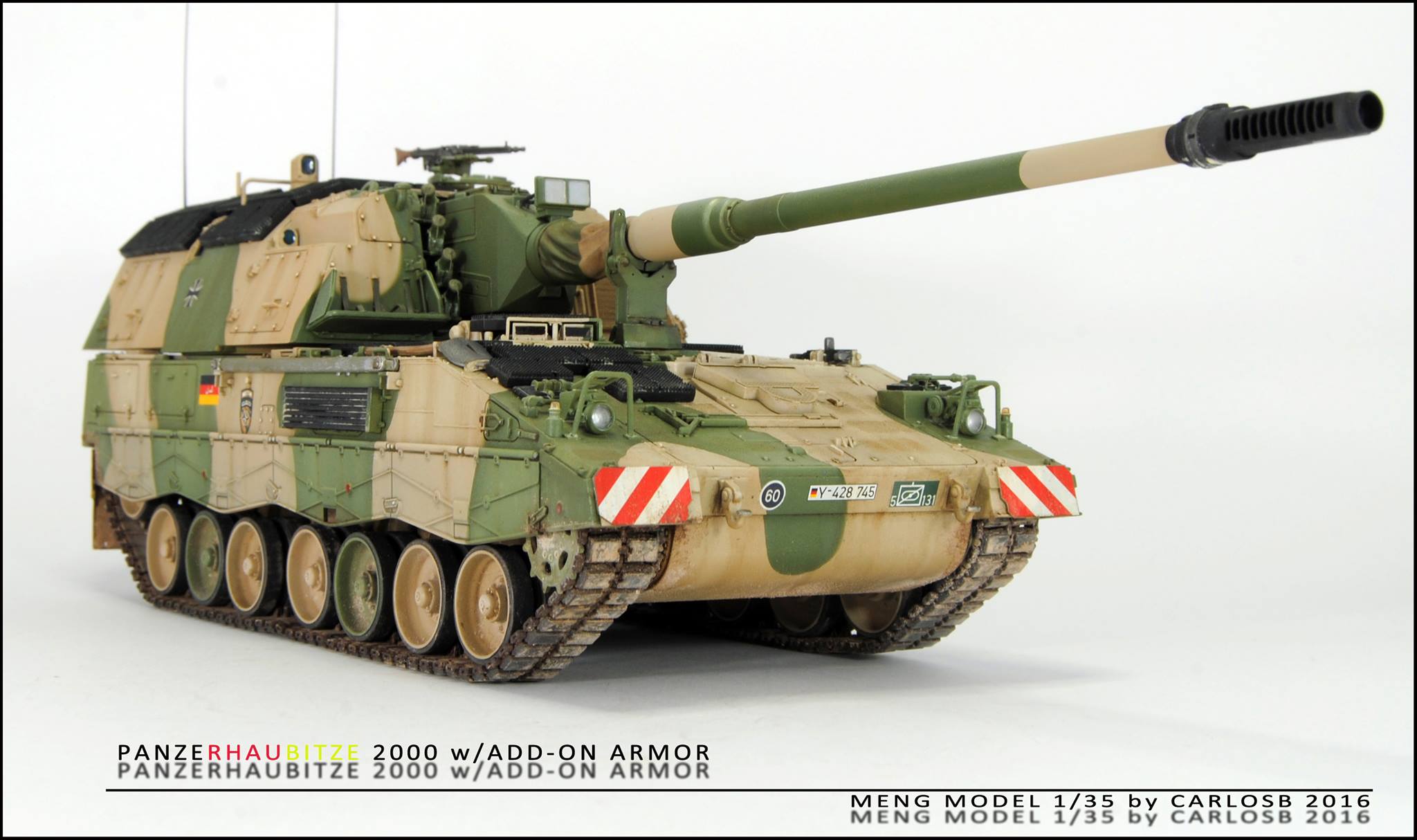 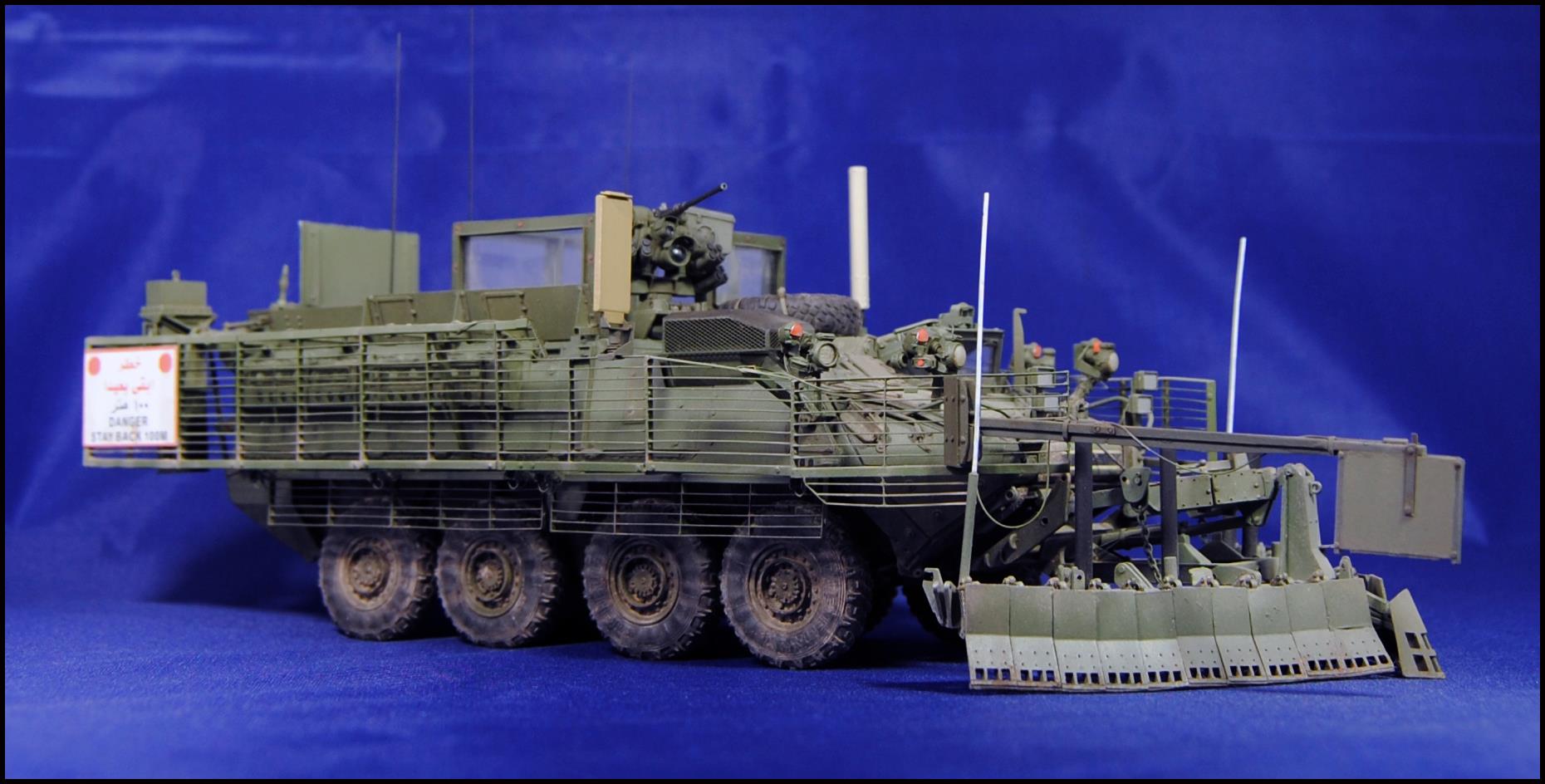 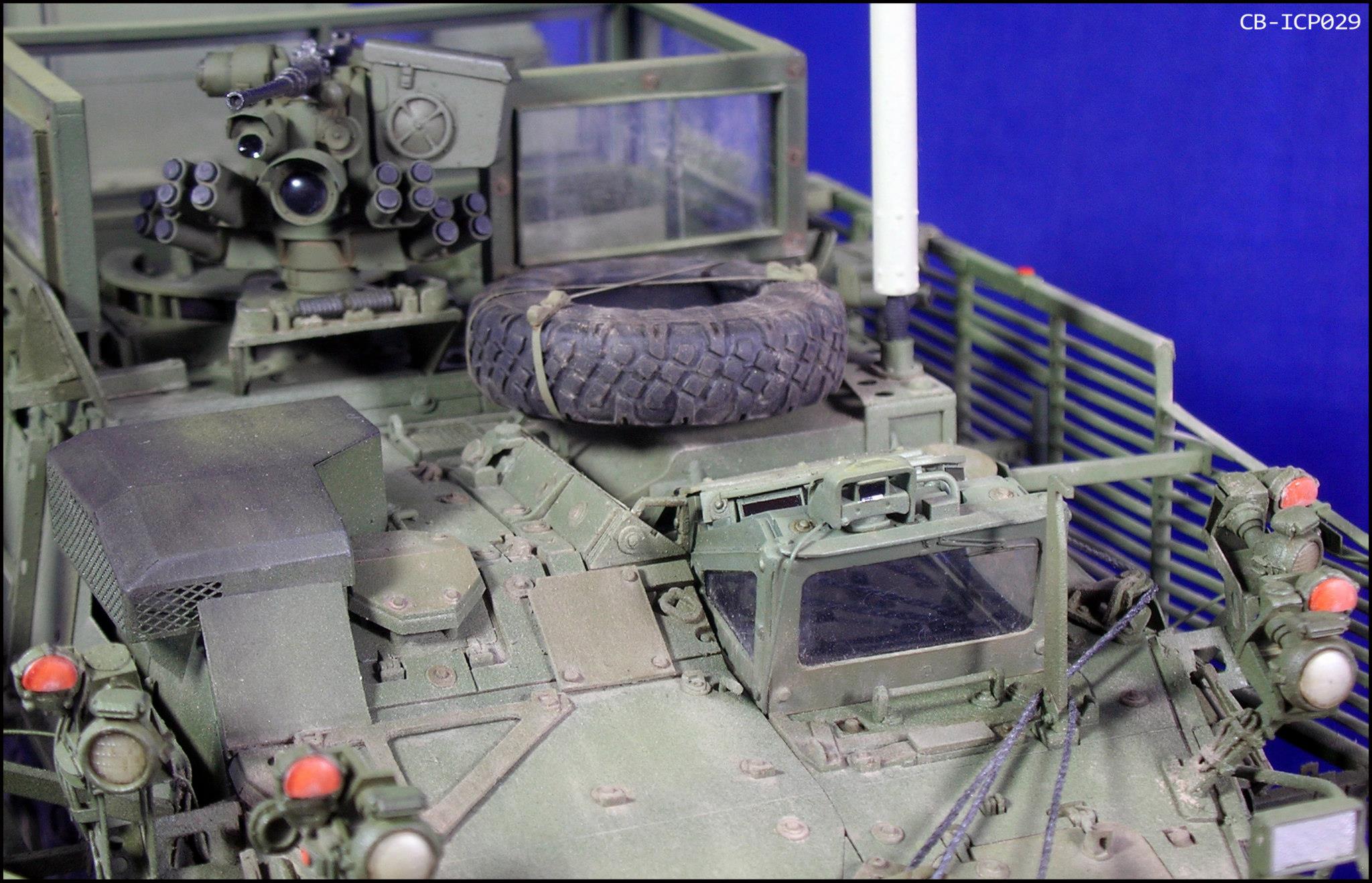 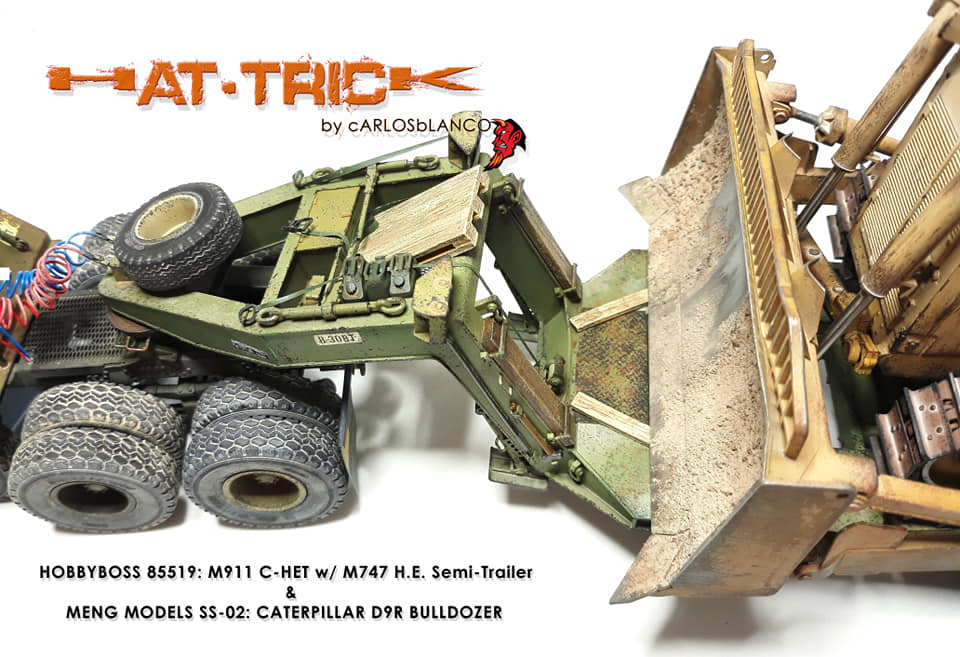 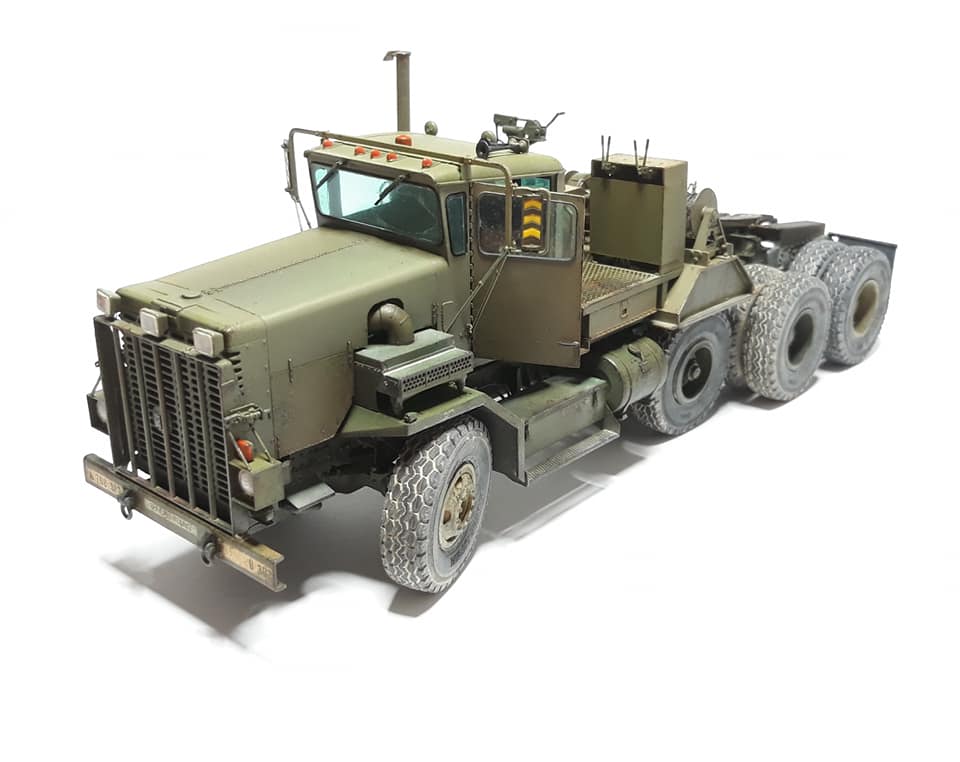 People says about me I’m a good father, a good husband and a good person, and that’s what matters… but when somebody tells me I’m a good modeler… it’s something different, something that only a modeler can understand.

I started at this in 2006, and it was by sheer chance, and I haven’t stopped since. I remember even my first model, a Heller AMX30 that I painted with great enthusiasm and no technique, but I had a really good time.

The Internet brought us many things, and in our hobby, one of those things was the forums and modelling websites, in which I  saw real wonders that, far from seeing unreachable, motivated me to improve with each of the boxes I opened.

Now, 16 years after finishing my first model, I am happy and satisfied with the results I get in my models; I continue learning with each box, and, above all, enjoying with each brushstroke and with each piece and if something I am sure, is that on the day that is no longer so, I will not reopen anymore box, because we do not forget that…  this  box,  is  not  a  toy. This  box  contains  passion  for a hobby.

My friend Ale, he has proposed to me to  send a selection of some of my models, and these are the ones chosen. Each and every one of them has their story behind them, and, for me, it’s a real honor to share it in Art  Of  Modelling, with all of you.

From here, thank you!

The complex  camouflage scheme, the difficulty of the engine area and how complicated it was, handling it, during the aging process, had their reward in the end result. Of all the scale planes I’ve ever made, it’s the one I love the most.

This model is the best example that it is often not necessary to adorn a model with aftermarkets  of all kinds. It  was a gift from an old friend, and it stayed in the stash  for almost 10 years, until I recently ran into her and on a weekend, I build and painted her. The photo of the girl, which everyone has caught their attention for being a good detail, is nothing more than a photo of my wife, treated in  Photoshop  and printed at scale.

No one had made this model in their version of Poland’s special forces. You only saw the American version, with a thousand extras added, but always in sand, and that was the reason that made me decide to make this version, strictly out of the box…but totally different from the others. Currently there are dozens in other schemes that are not the typical desert sand color, but in its day… as  far as I know, this was the first one in green.

I have a passion for the Phantoms  and the Tomcats. I had never done either, and when I saw Eduard released this limited edition Phantom, nor did I think about it. I wanted to do it perfect, and I think I got it. To say that this model was a  real  challenge, is to fall short.

It was a gift from my son a few years ago. I remember when this model came to market it sold out in a very short time, but very few were finished. It remained mounted in the closet for a few years, until suddenly I was inspired to paint it as I  had in mind, and I did. I liked the result so much that it was part of an even bigger project alongside a tractor and a trailer.

One of the very few models I have made from start to finish, without pause or rest. It was a great help as I went through a bad personal moment and thanks to this hobby and this model I was able to “evade” and see certain things with another perspective. It is currently in my personal collection and I am very proud of how it looked and what it meant to  me.

This was the first of the models I made because it was one of those that I consider “little seen”. The challenge was multiple  with this model, because in addition to cableing almost everything, the idea was to make 3 different pieces in the same model without disathing each other; vehicle, crane and launcher. The result obtained left me more than satisfied, it is much better than I expected.

If there is an airplane in modeling that is seen to the full, next to the Focke  Wulf, that´s the  Spitfire… what is not so seen is its impressive Merlin  engine.  This was the first time I detailed and wired a scale engine, and although the size helped a lot, it was something I had never  done before and was very happy with the result.

It was seeing this box and falling madly in love with the model. The challenge was  to redo practically one interior that would then barely be seen, and powder-colored something. Another one I still have in my private collection.

Sometimes it happens that you buy a model with all the  illusion and when you get home and open the box,    after seeing the cutting… sleeps the dream of the righteous for years. When I saw the cutting and the possibility of making it “open, ” I didn’t even think about it. Start and finish, as with the  Konigstiger,but with the difference of making it in green field, as was the real model. I think this is the model I’ve documented the most, and I’d better document myself.

A Tomcat… and Tamiya… and new mold… little more to say.

I remember many years ago… back in 2007 or 2008, I bought this italeri model and even started it, but with such bad fortune that a modeling accident hit him in the trash. When I saw Dragon bring it to market, with the typical level of detail of the brand, I didn’t even think about it. For this model use a more “striking” painting technique with many contrasts and a lot of intensity of dark tones and I liked the result. It was the first model I sold.

With this model practically the same thing happened as with the Tomcat. I once had and even mounted the huge mock-up of finemolds’ Falcon, but it didn’t end well, so this was a kind of ..,account pending. It was one of the first models I added fiber optics and LEDs.

The first and only time I’ve published an article in a magazine.  It was a commission for Panzer Aces and as on other occasions, the main thing was to do something different from what was continuously seen in forums, and websites… the typical NATO tricolor scheme. This time I opted for option B… the desert scheme used by German ground forces in Afghanistan, in sand and green, which with black armor offered a very striking contrast.

That was the phrase my wife taught me when I showed her the picture of what I had in mind to do with AFV’s Stryker model. Of course it was the trigger to get me going with it and although I’m not very in favour of using many aftermarkets, this time I did. The Slat is from Griffon models, the wheels of Pro Art Models, the shovel is from Blast Models and the armored cab, the windsield and the back of the slat are made to scratch, with Evergreen sheets. I think, even if it’s wrong to say, it’s one of the most spectacular models I’ve ever made. When I finished it in late 2012…no one had done it like that yet.

The last of the big projects I’ve completed. In times of pandemic, you have to take advantage of being at home. Three models in one. A new generation bulldozer, a tractor of other times and a very punished trailer. A combination of ideas that I think has achieved a good result.

… And that’s all. I do not know if in the coming months I will be able to make more or less models, but what I do know, is that when I do the next one, I will put all my passion in it, as I have always done, because… this box, it’s not a toy.

Read the history of all of Carlos’s works in 2020