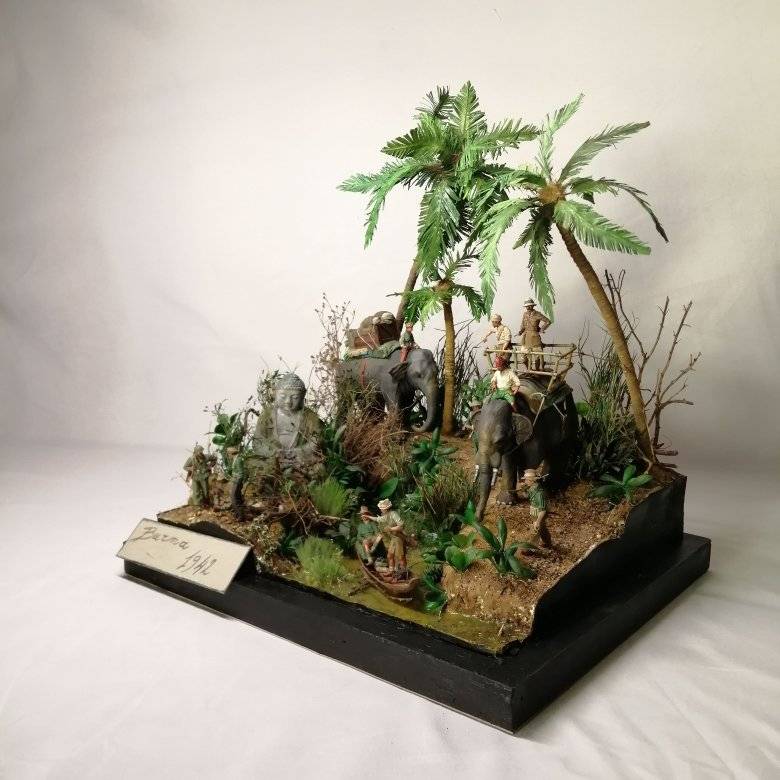 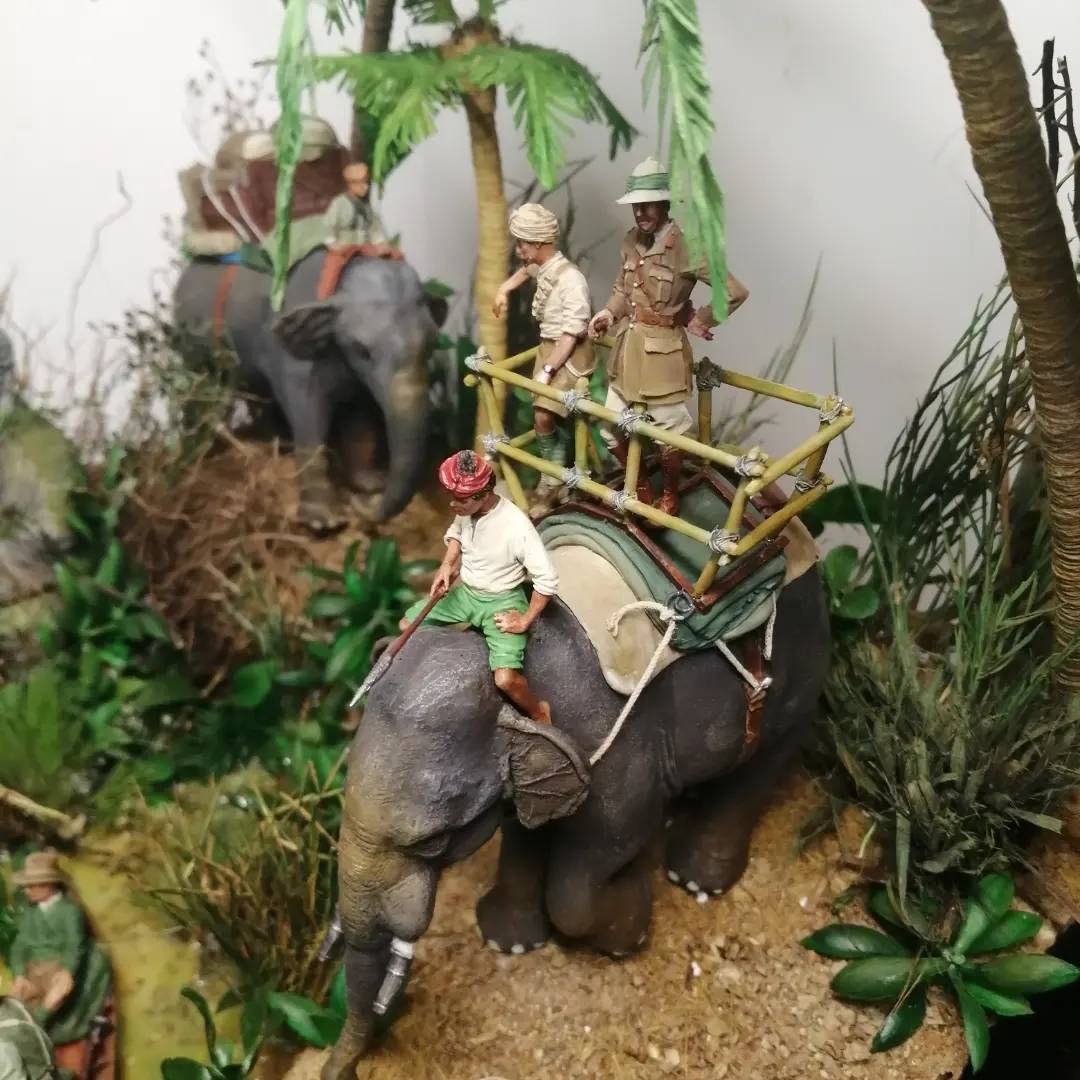 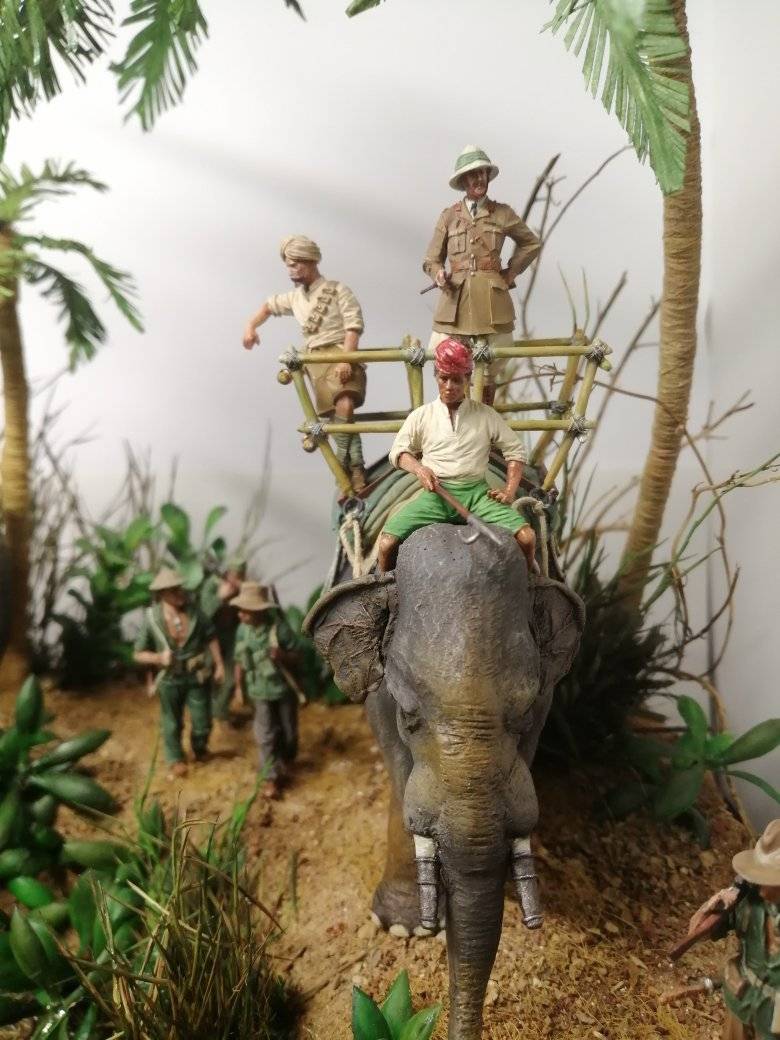 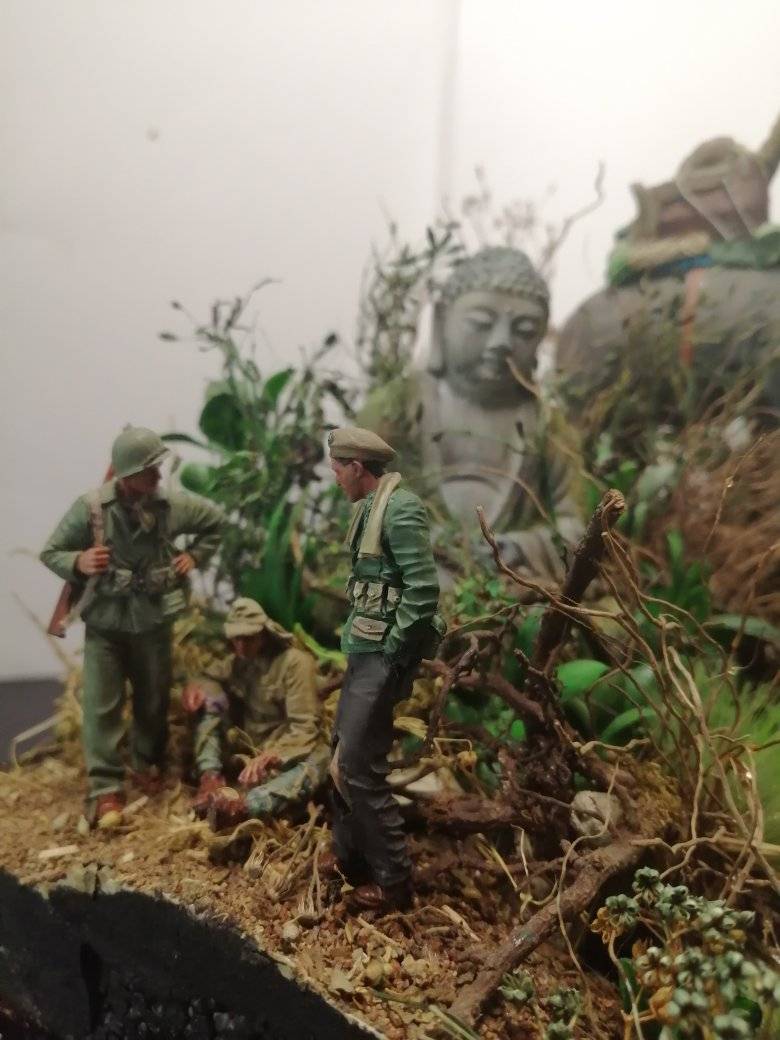 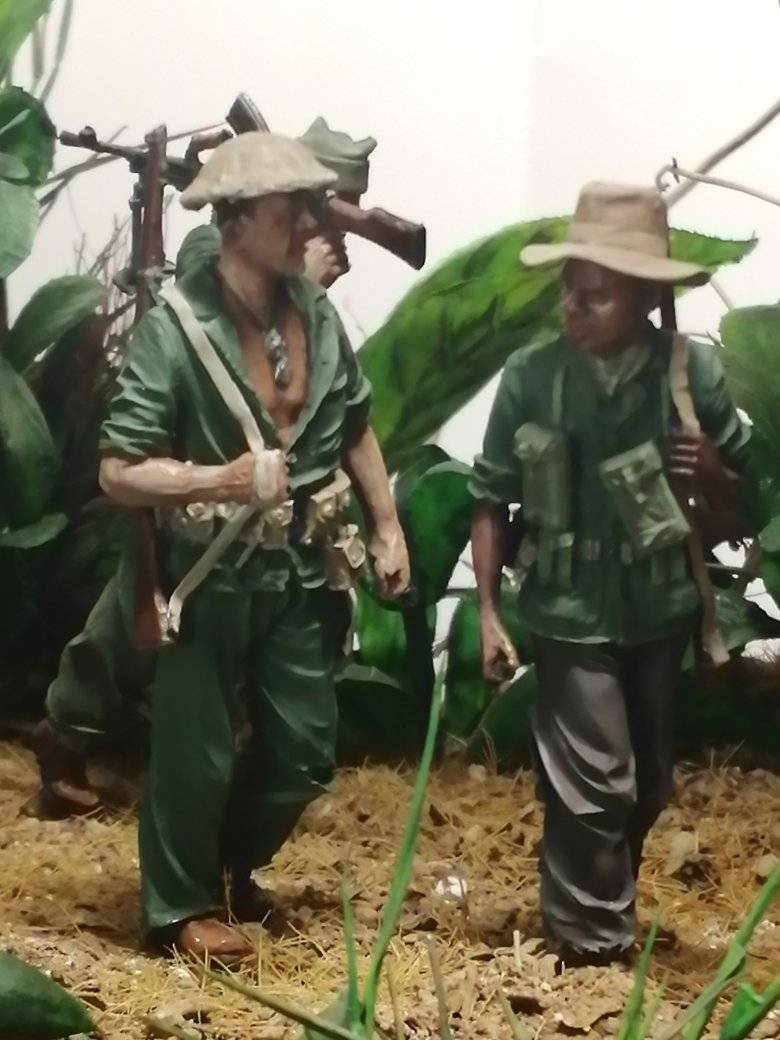 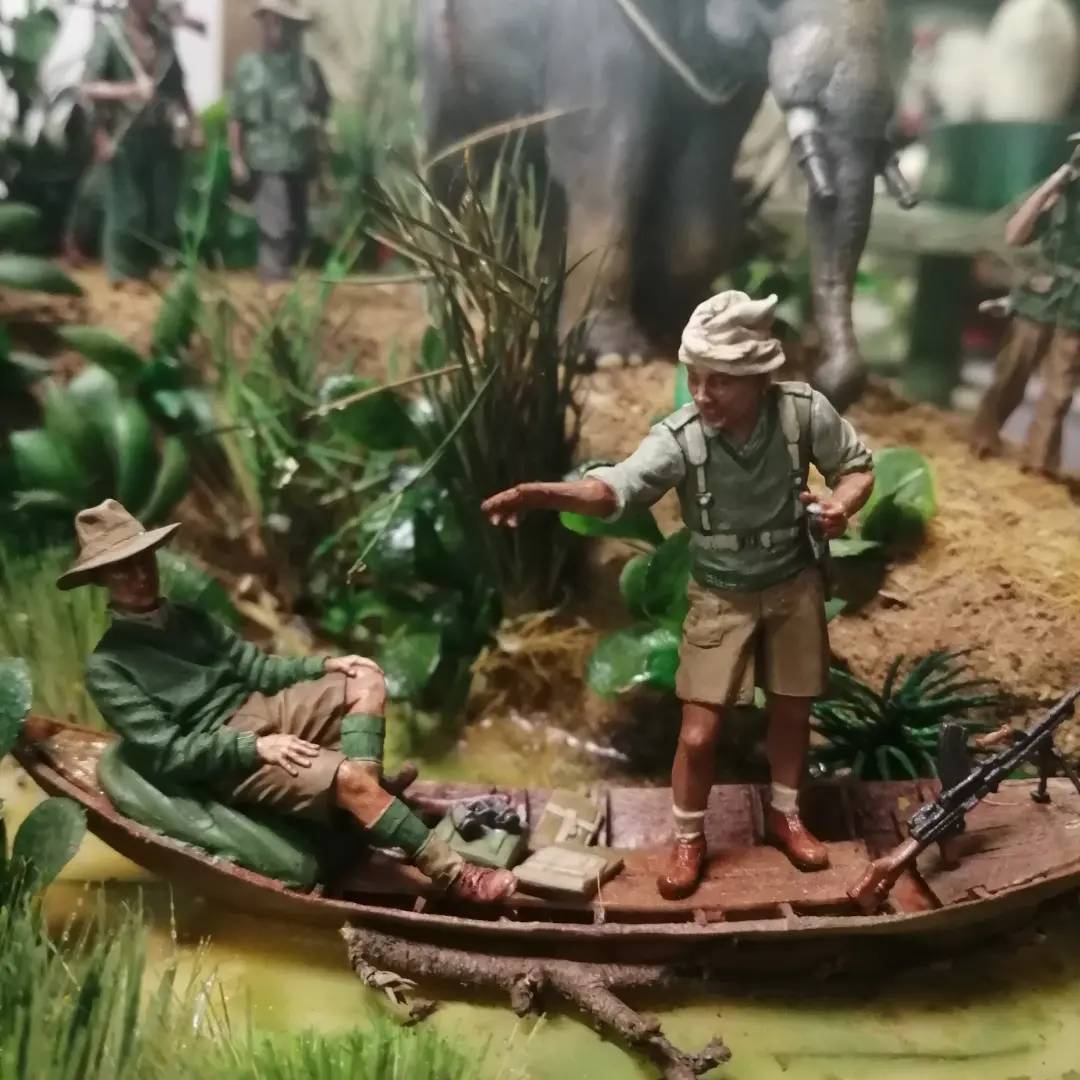 Hello, the time to make the diorama was about 2 months , more than anything else it is to find all the subjects for example to have the two elephants one is a female of the paracel and the second, a really very beautiful subject of the CIX model, i Figures are from the heavily reworked EVOLUTION, HORNET heads, the Japanese prisoner and an AC model British weapons and gear from my parts bank. Speech aside x the all self-built vegetation, think that the palms are twigs covered with thread x sew the leaves instead of ribbon x paper body shop, the buddha is an ornamental subject purchased in a Chinese discount store as well as the seedlings, are those used for aquariums all painted as x the faces of the figures, the rest was done in oil by the acrylics of AK interective. Everything is the result of a lot of historical research both for what concerns the facts in question, and for the vegetation of the place.