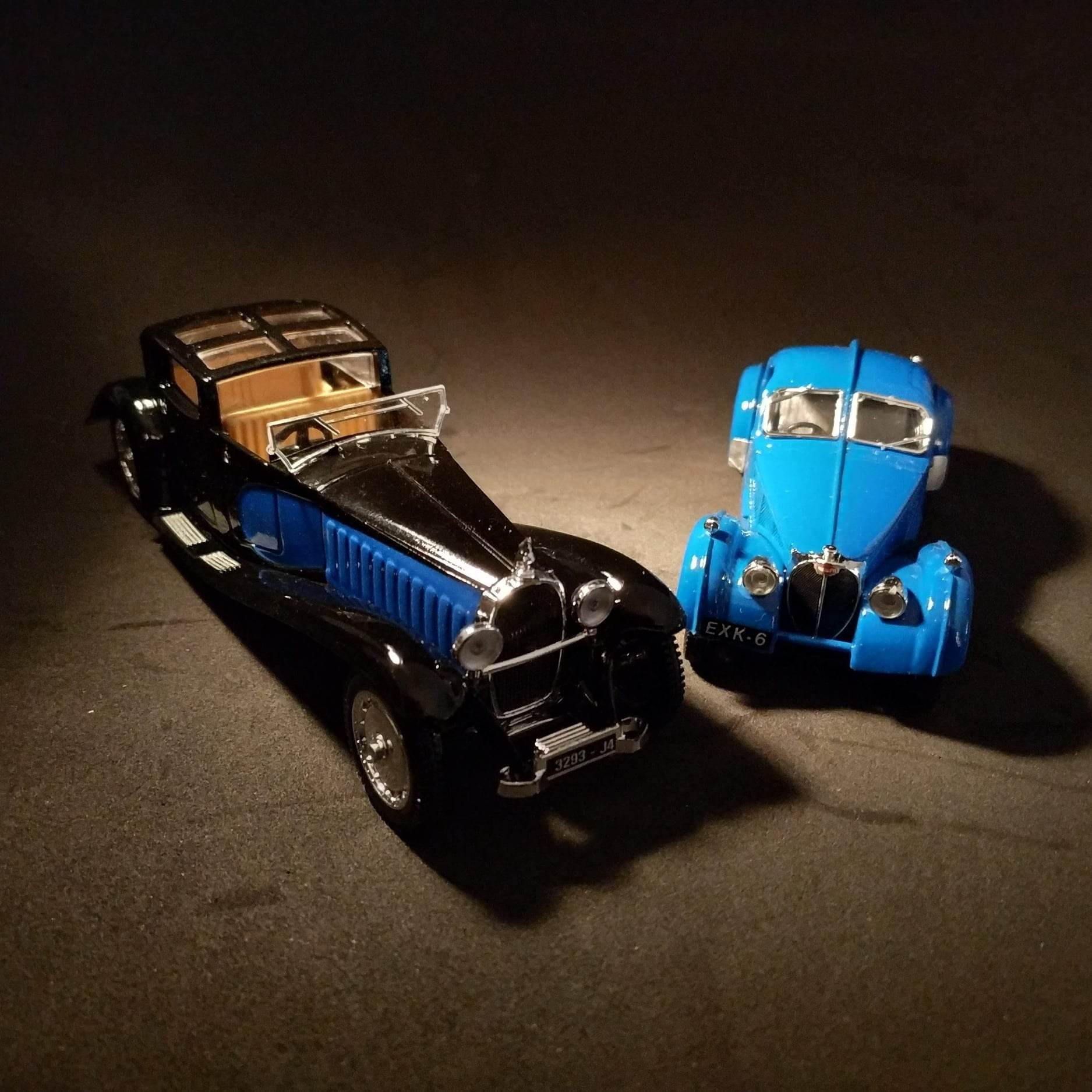 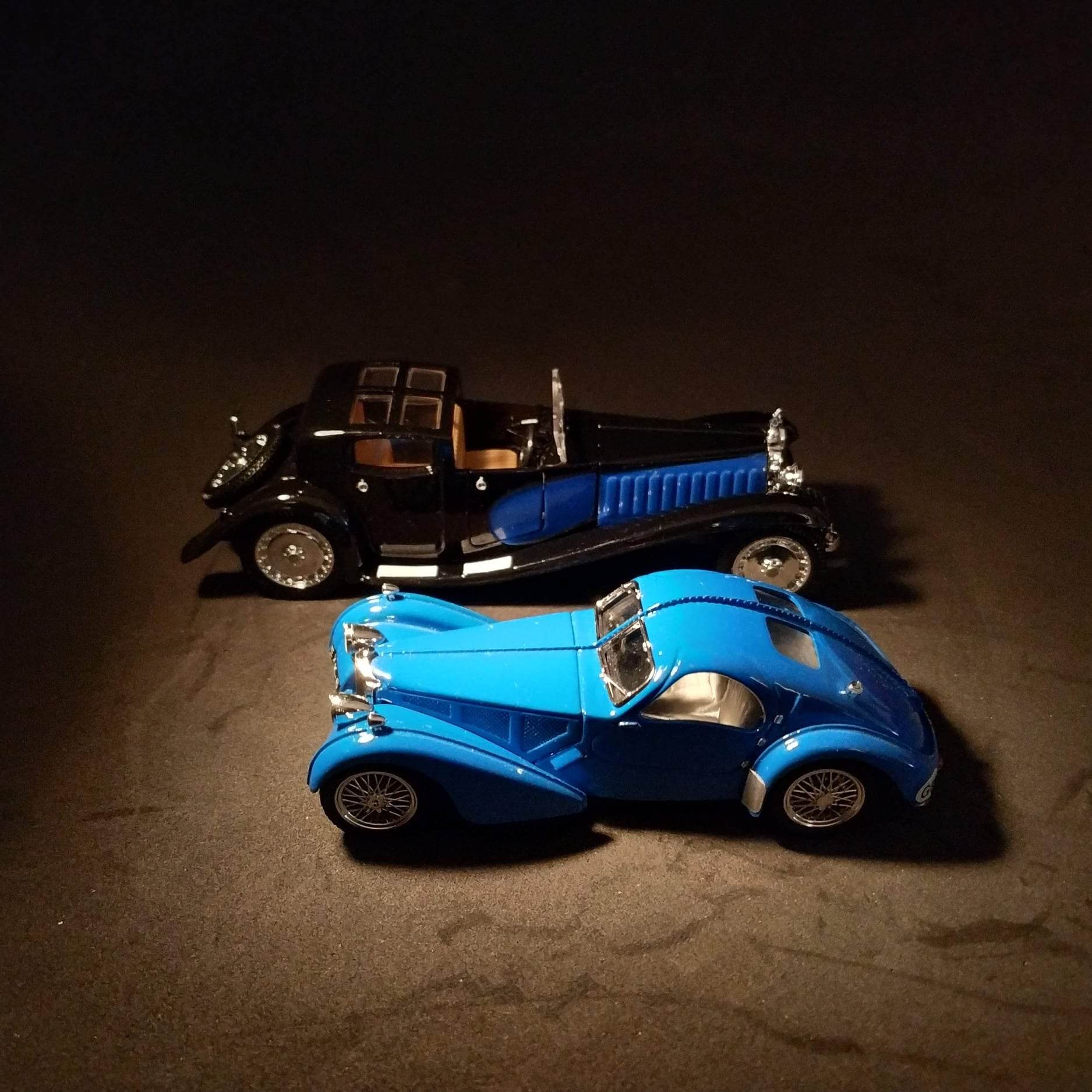 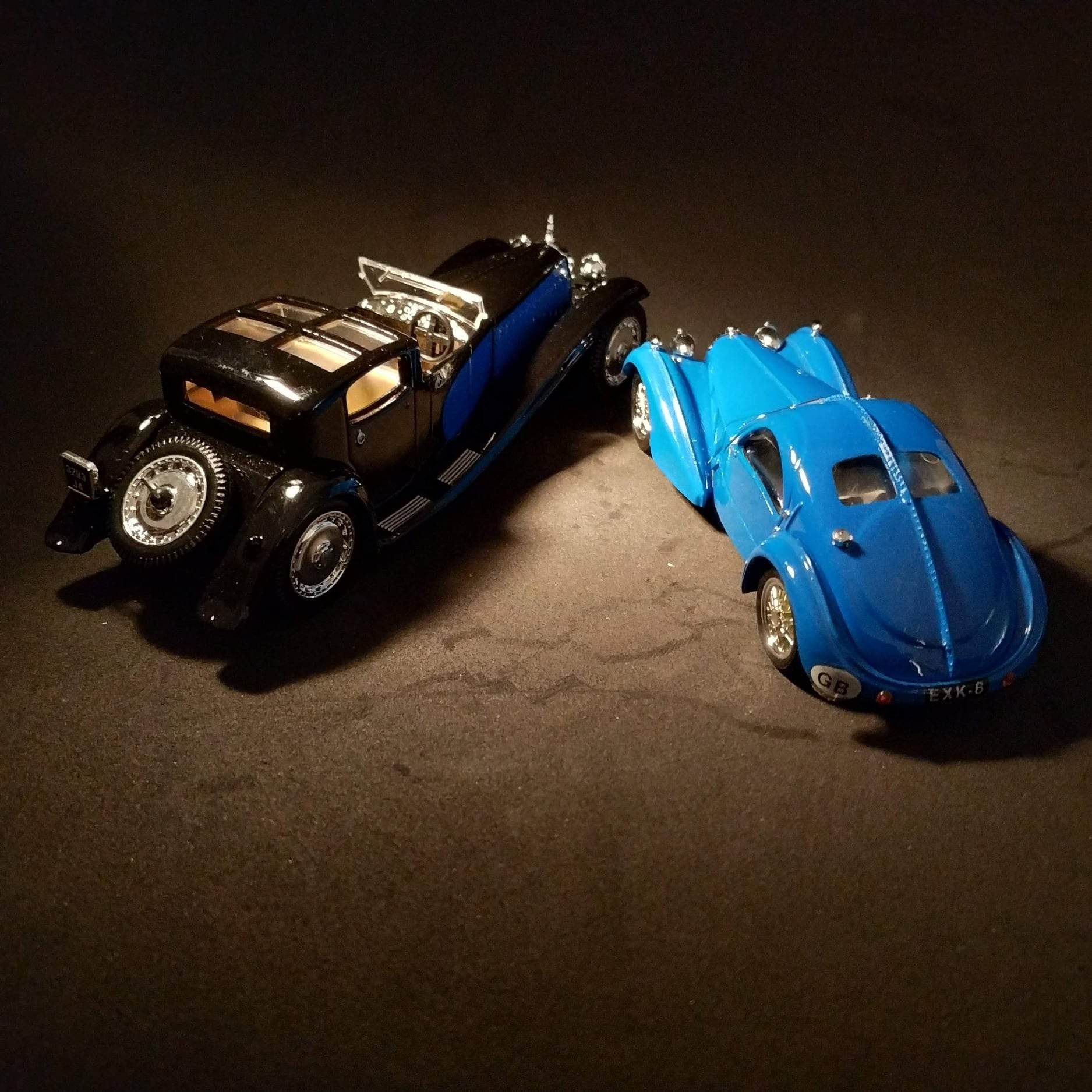 In 1909 Ettore Bugatti founded the Automobiles Ettore Bugatti, whose automobile production was to be based on some fundamental points: in addition to the concepts of luxury and sportiness, his concept of the ideal car also had to combine characteristics such as elegance, power, lightness and speed.

The Atlantic derives from the Type 57 SC and is also based on the Aérolithe, a concept car conceived in 1935, which was lost in the Second World War together with one of the four examples of the Atlantic. A second specimen was destroyed by a train that crushed it in an accident in 1955 [1]. Only two original examples remain intact to this day. One of the two specimens was sold in 1988 to the US designer Ralph Lauren, the other specimen was auctioned in 2010 following the death of Peter Williamson, its former owner [2] and now exhibited in a museum. A particular case is the example destroyed in 1955 which, after being abandoned, was found years later and rebuilt from scratch: in fact, only a few pieces of the chassis were saved, everything else was rebuilt from scratch. It is for this reason that purists consider it more like a replica.

The Type 41 (Royale) is unanimously regarded as one of the most exaggerated cars ever: imposing, very luxurious and equipped with one of the greatest automotive engines of all time. Ettore Bugatti designed this car thinking of selling it only to a very small category of people, especially kings or princes, so for this reason the car was immediately nicknamed Royale or Golden Bugatti.