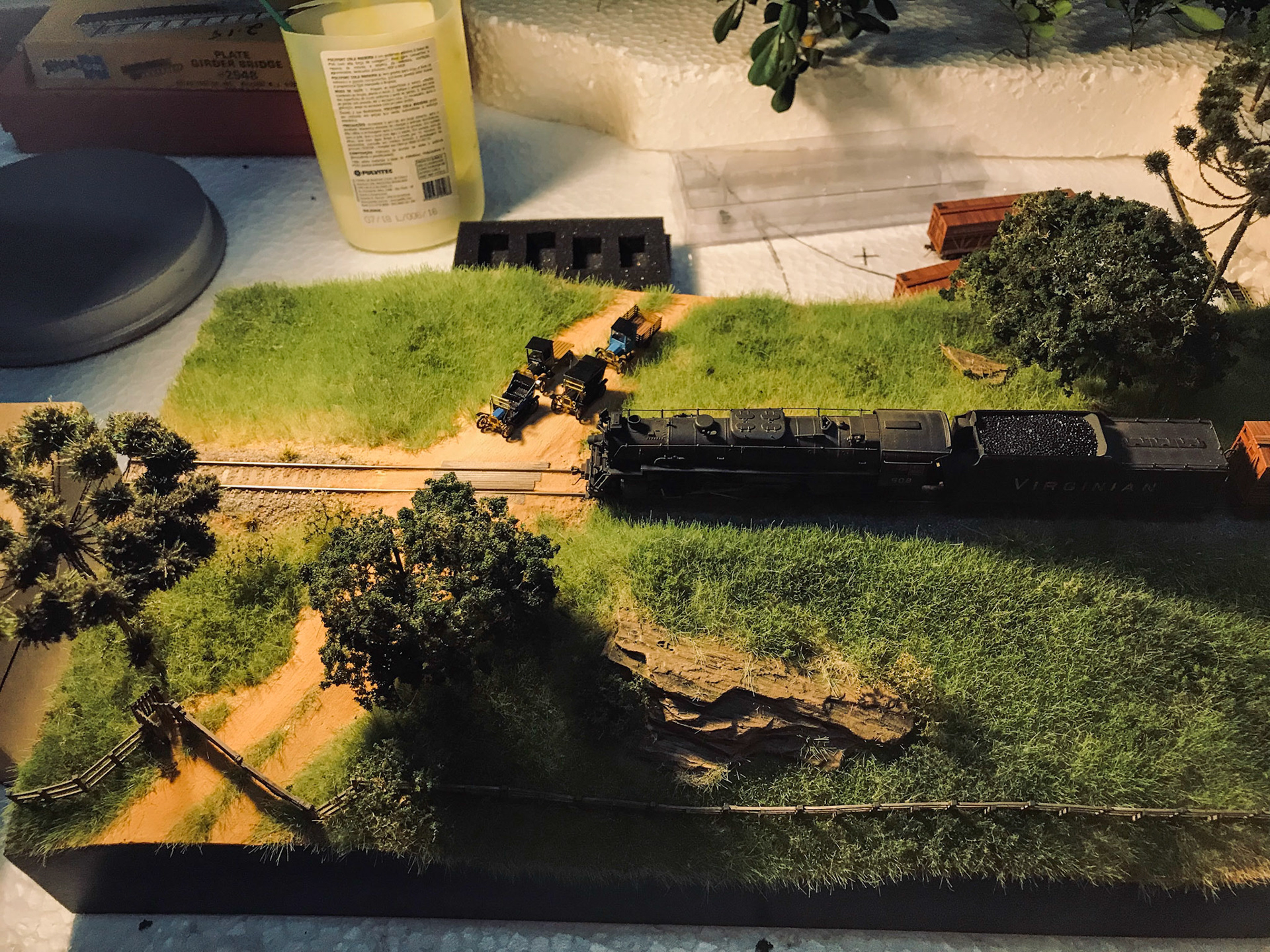 Following your suggestion, I’m sending to you some info about the model (attached).

Although it has a capability to move one or two rolling stock, it is a static “diorama” or “display” to just making a good scenery to making good photos of my N scale rolling stock. So I don’t have videos of it, only pics. Let me know if you ant more pics.

It has about 50x20cm, N scale (1:160), using Peco CODE 55 track, Heki static grass, Peco wood fences and hand made rock and trees. The rocks was made with barbecue coal(!). The background is just the real sky and horizon line, in an outdoors photo.

The locomotive is a former Kato SD40-2 of Union Pacific livering, converted to British Columbia by myself, using Microscale decals. I also installed a snow plow copied in resin from a Kato’s AC4000 snow plow.

The light weathering was done with oils and airbrushing.

The couplers was changed from rapido to Micro-Trains.

Will be an honor the get fetured in THE ART OF MODELING club.