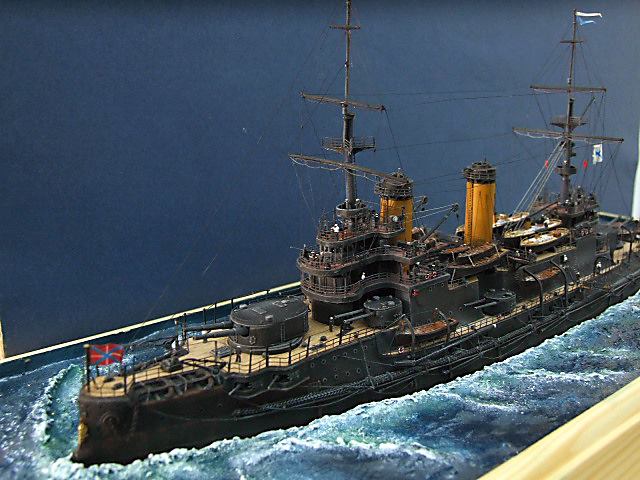 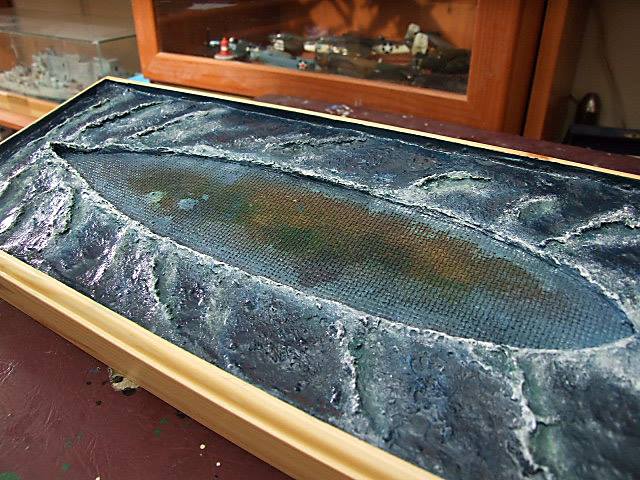 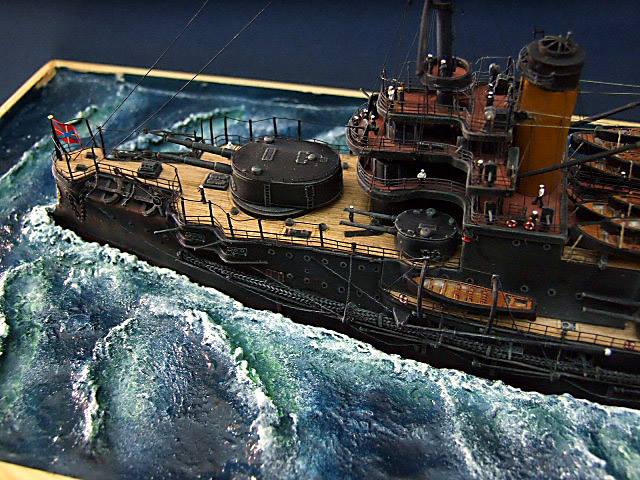 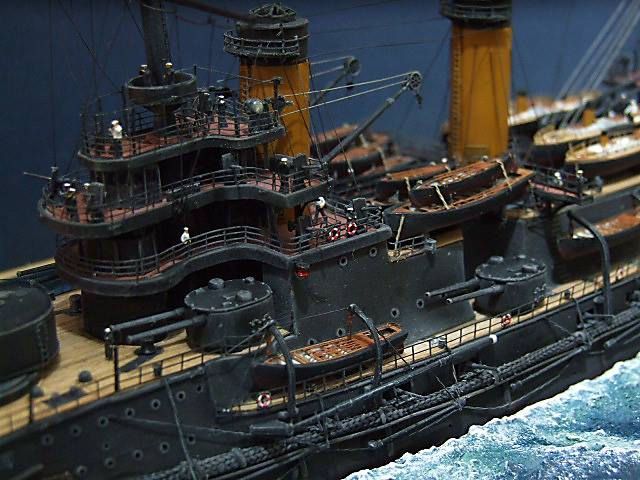 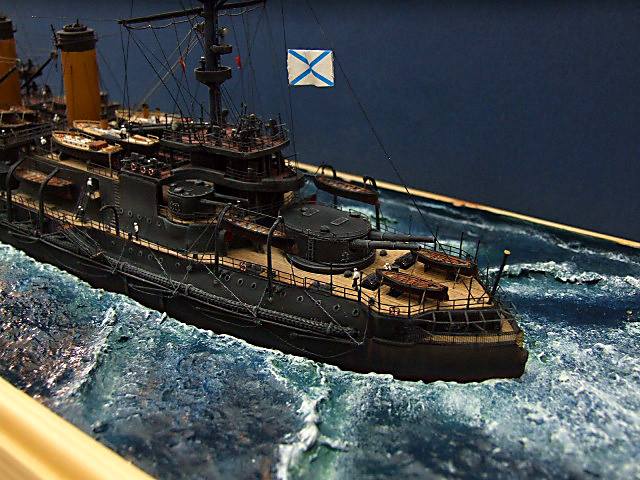 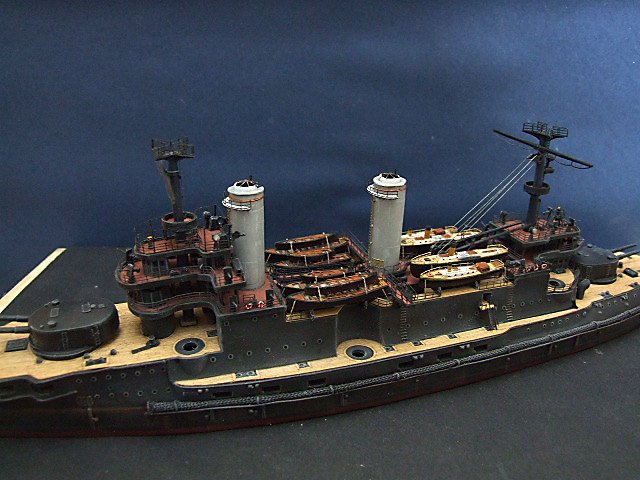 The kit came from Zvezda. Changes and alterations had to be made to the kit to acquire the correct replica of this beautiful vessel. I used the excellent Eduard’s photoetch detail set. The wooden deck came from BNA models . I also changed the gun barrels and all armament and used brass turned components. The hull was completely sawn off since the model was going to be waterline . It was then re enforced with thick plastic strips to prevent warping ensuring a good fit with the deck of the model . Further details were added to the hull adding the anti torpedo net fashioned out of a common bootlace which in my opinion is more convincing than the photoetch counterpart. The gun turrets were then tackled and further detail added apart from the photoetch offerings.  Works and further detail added to the top deck , again using plastic strips,  various gauges of fine wire and telephone wire  for piping and trunking. All these were laid aside and started works on the seascape. As explained in the previous article, I sculpt my seascapes using common kitchen tissue paper, diluted PVA glue and common household plaster . It was then airbrushed and washes added in various hues of greens and blues . Lamp  black washes were also added . I airbrushed all the built components seperately in black…. wth a mixture of enamels for a base colour…acrylics for shading and highlighting and oils for weathering.  Once dry a very subtle dry brushing was applied in different shades of grey to make the detail really pop out. The wooden deck was then added applying the tiniest of drops of super glue to the edges  and raised detail to make sure that the deck wouldn’t become unstuck . All boating equipment was further detailed using both the photetch components available and other parts from the scraps box. Decking was fashioned out of left overs from the wooden deck. Roping equipment was added using  fine entwined fuse wire. The funnels were scratchbuilt and detailed  adding  fine copper wire and more stuff from the scraps box. All painted and finished components were  then attatched including masts which were also partly scratchbuilt. Northstar figures, which in my opinion are excellent were painted individually and added very generously along the vessel.I used very fine fuse wire for rigging….quite tedious but in my opinion very rewarding at the end.The model was then placed on the seascape base using PVA glue to keep it nice and firm in place .