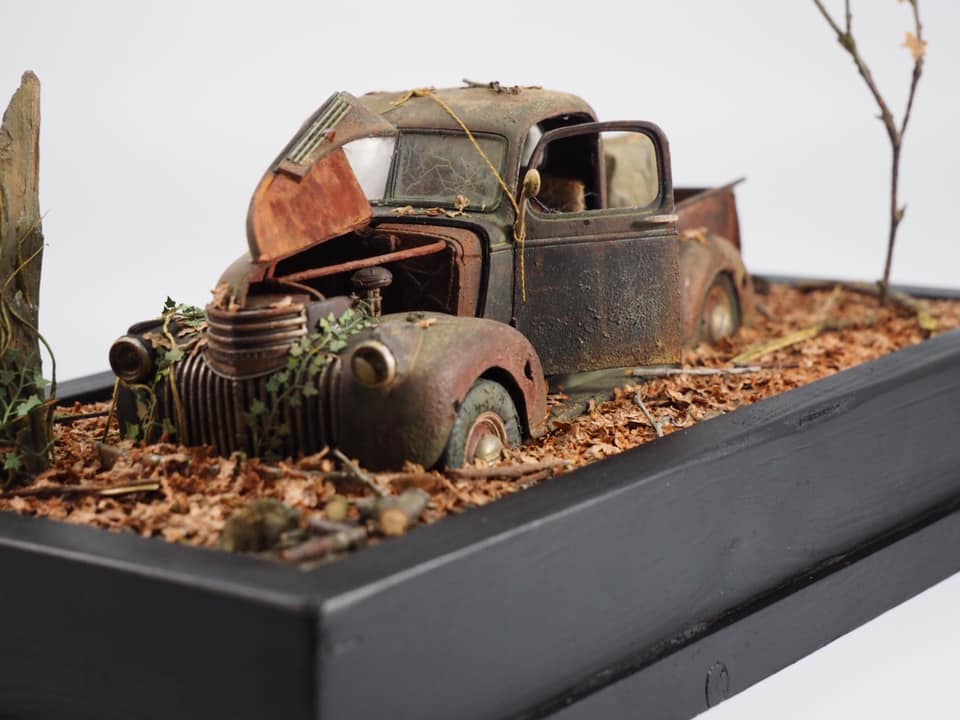 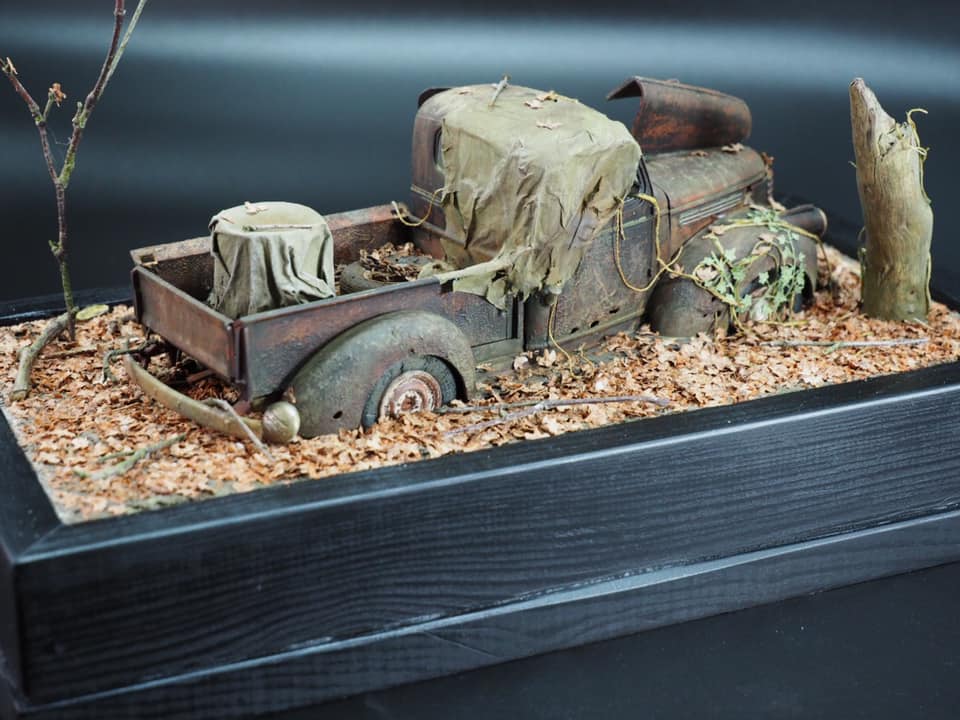 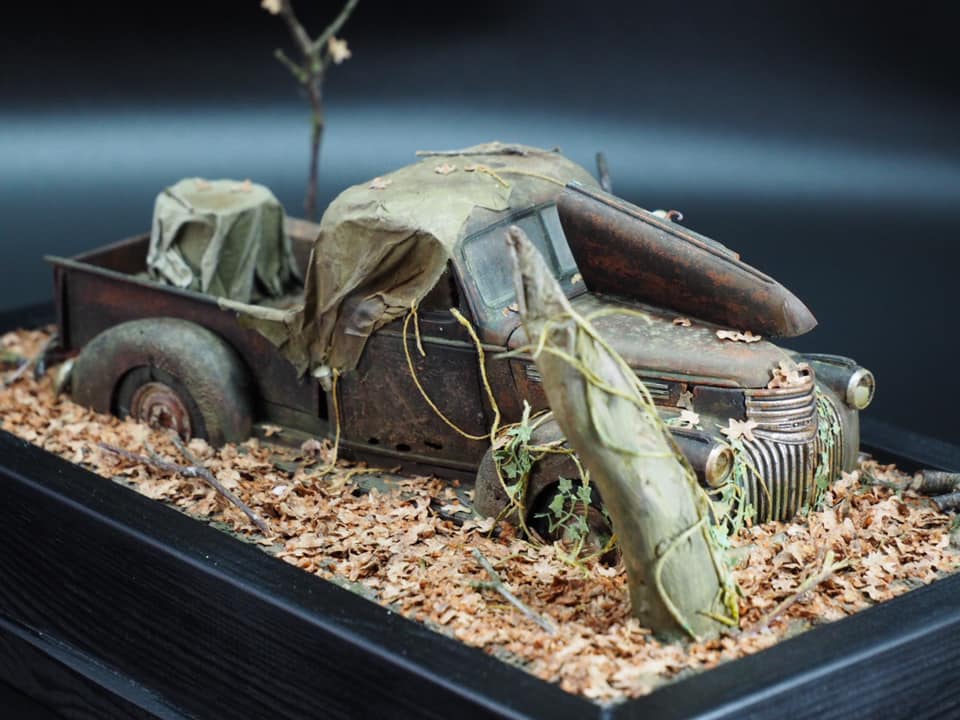 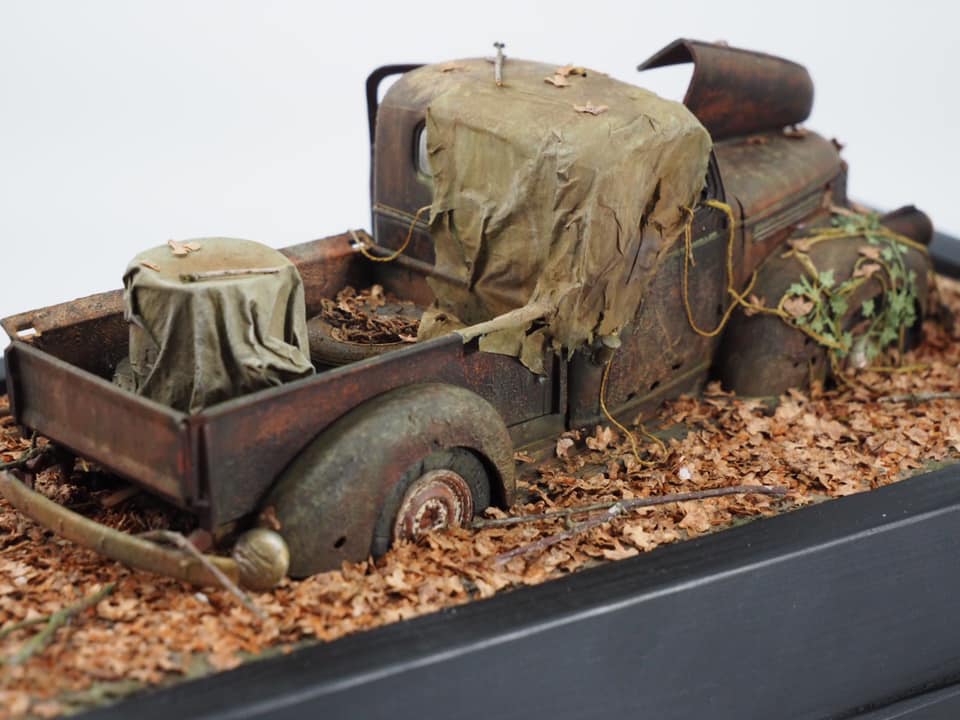 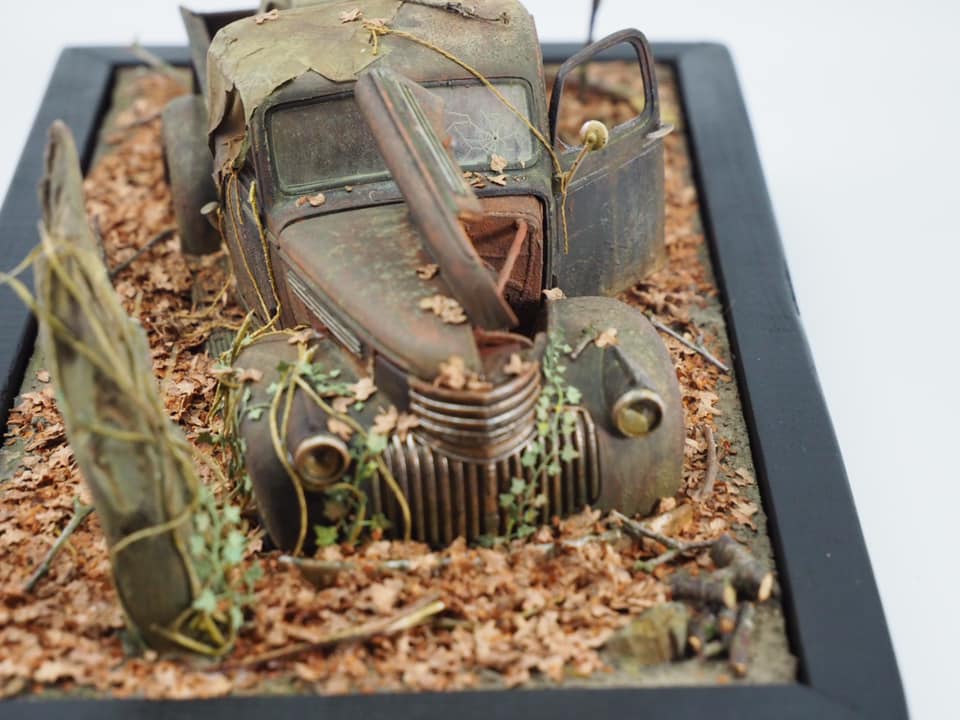 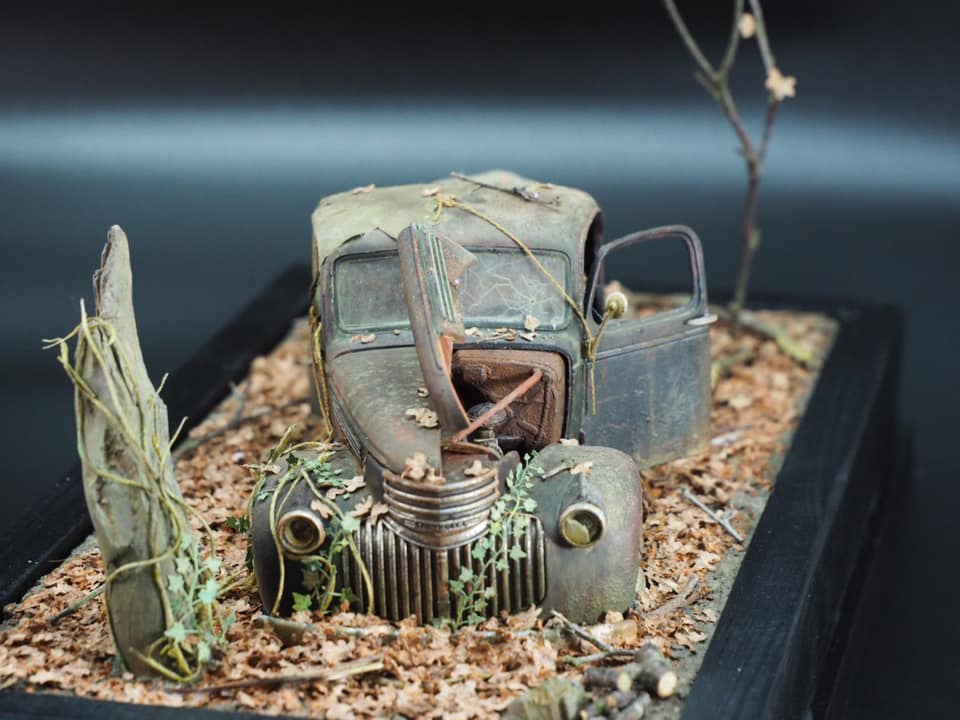 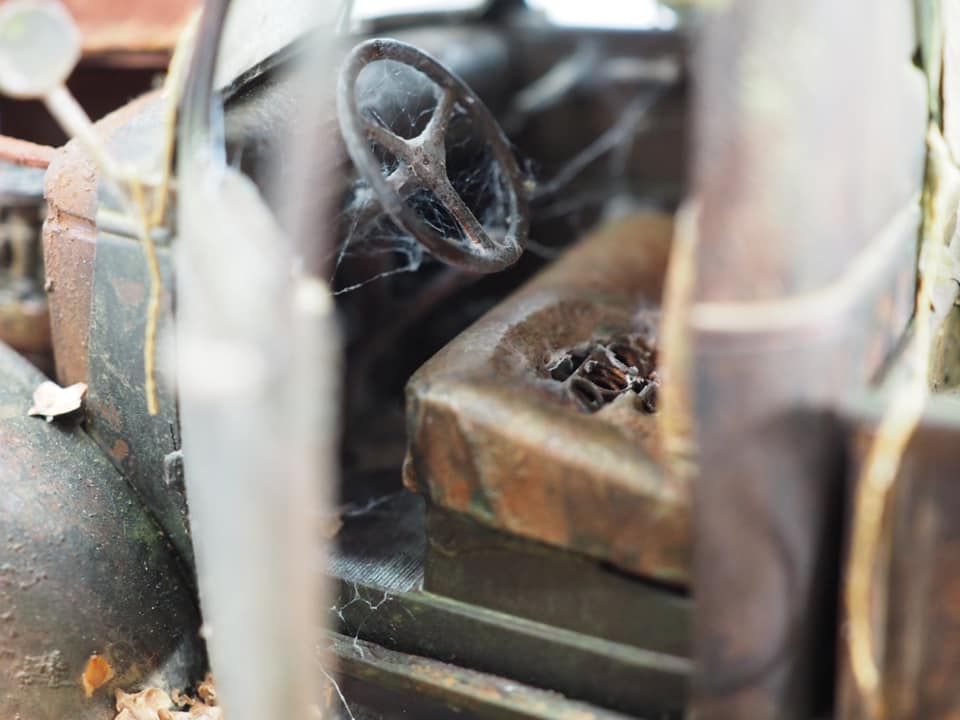 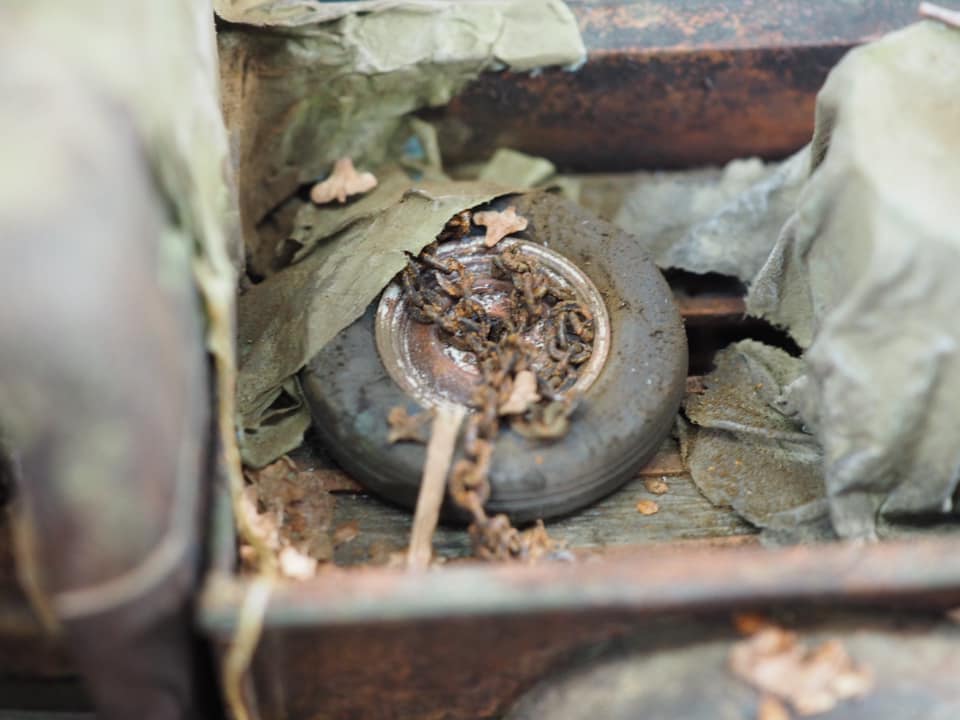 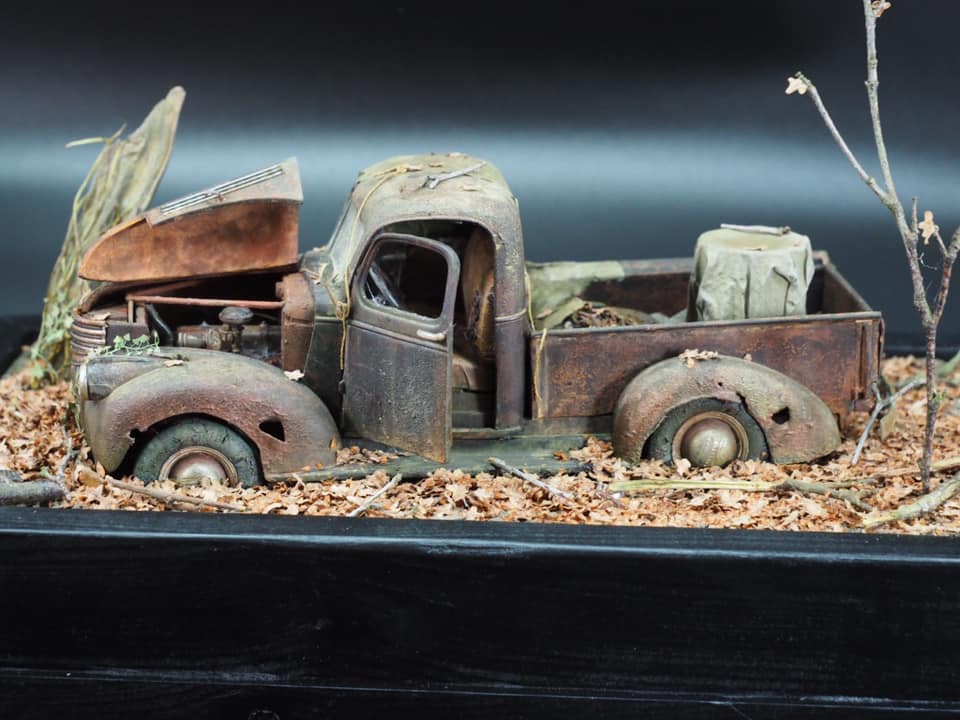 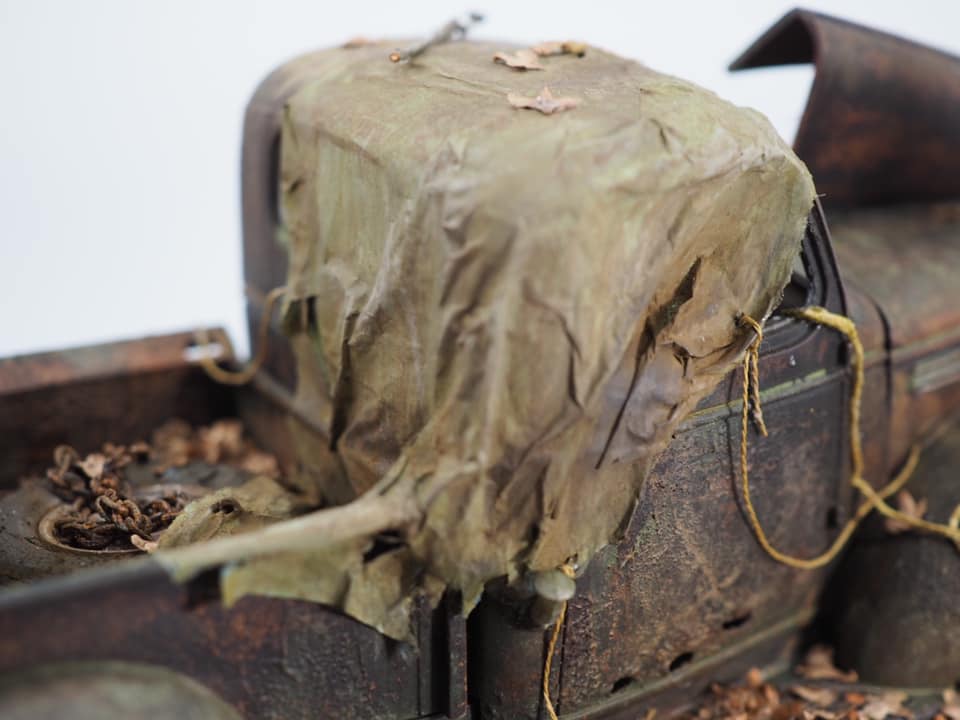 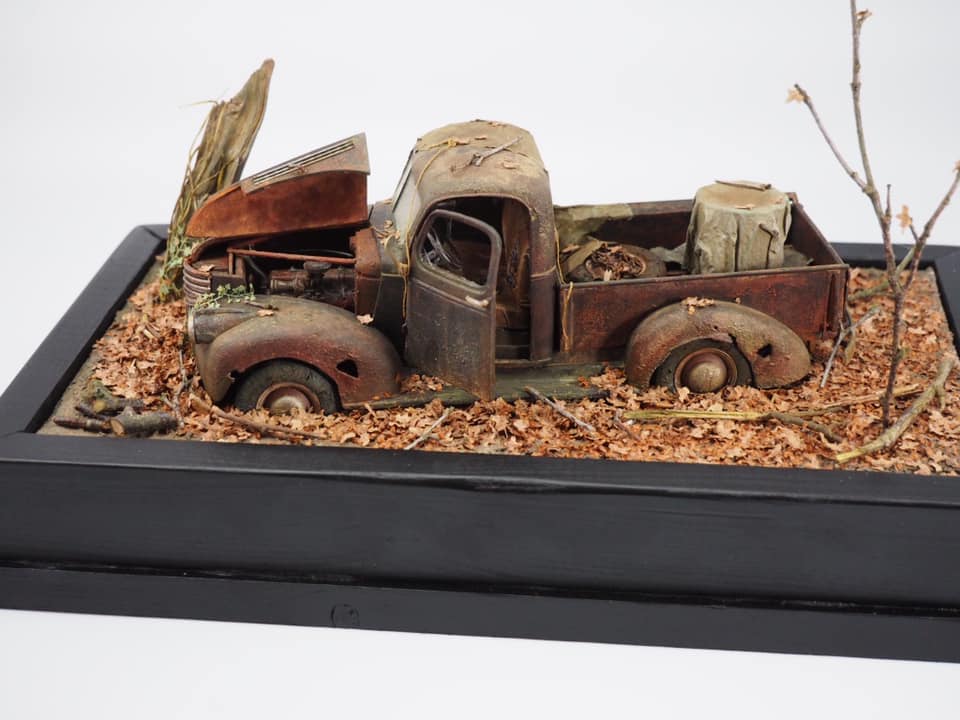 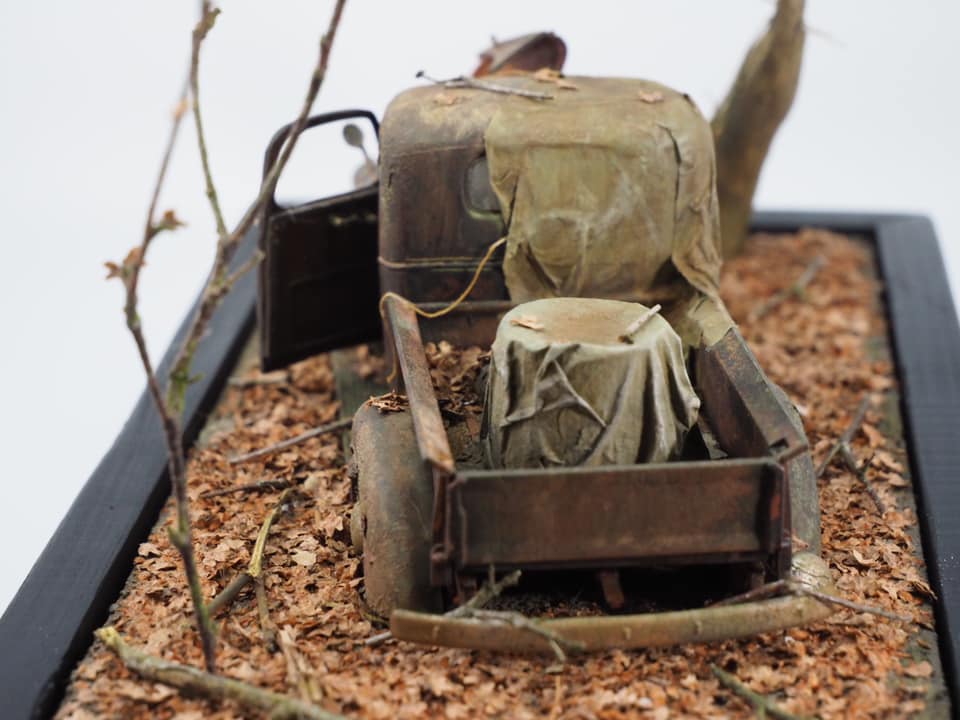 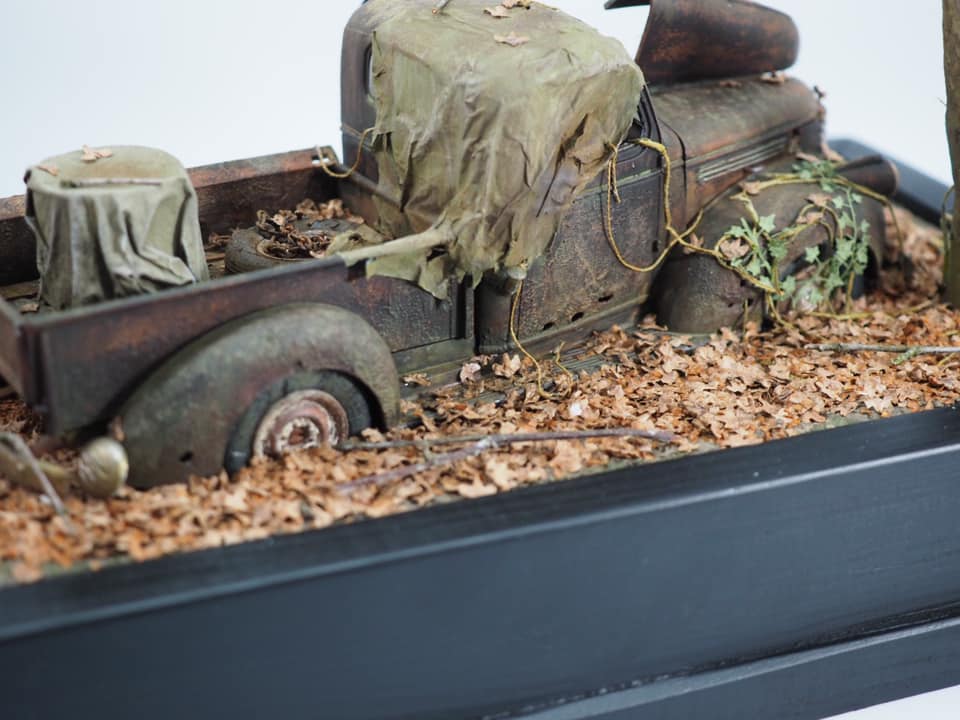 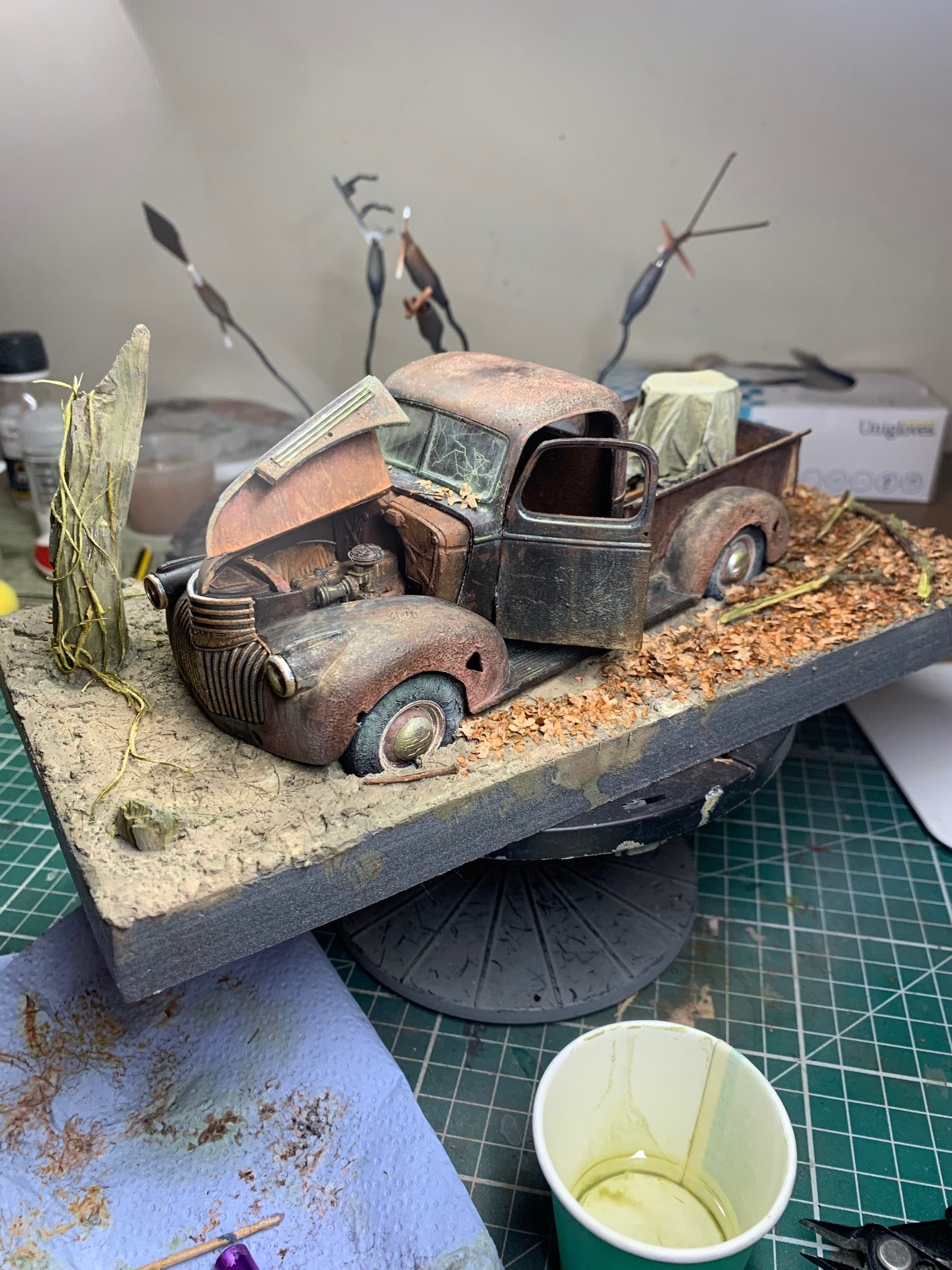 This project was born out of a commission where the brief was an old American truck in an abandoned/barn find state.

The main criteria was it was to be satin black with signs of rust.

The build was pretty much straight out of the box and was left in sub – assemblies consisting of, the engine, the chassis, the wheels, interior parts and then finally the body.

I’ve built several heavily weathered vehicles and was aware that the secret to this was many layers of various mediums.

I started with mixing Abteilung pigment with PVA to create texture of rust and applied this to the bare plastic using a stipple brush technique. Then with Ammo by MIG acrylic paint I  used sponge chipping for tonal variation, followed by a layer of Ammo by MIG chipping solution and finally Satin Black also from Ammo by MIG, which I knocked pretty much all of it back.

Following a coat of Aqua Gloss by Alclad I then started with a light rust filter by AK Interactive.  Working systematically on each panel I used various washes from Ammo by MIG.

Once I was happy with the effects I applied a coat of Winsor and Newton acrylic matt varnish.

For the final weathering stages I used the AK interactive weathering pencil set for the finer details.

The bits I added which were not part of the kit were the scratch built tarpaulin (made out of tissue paper and PVA), seat cover (tissue paper and PVA) and seat springs (curled thin wire). For the rear bed I used real wooden strips and aged this using Vallejo old and new wood weathering set.

Made on foam board and attached pre – cut leaves using sand and gravel fixer.  Twigs from the local woods and laser etched ivy from Ammo by MIG.

From start to finish this project took around 1 month to create, working on it mainly in the evenings.