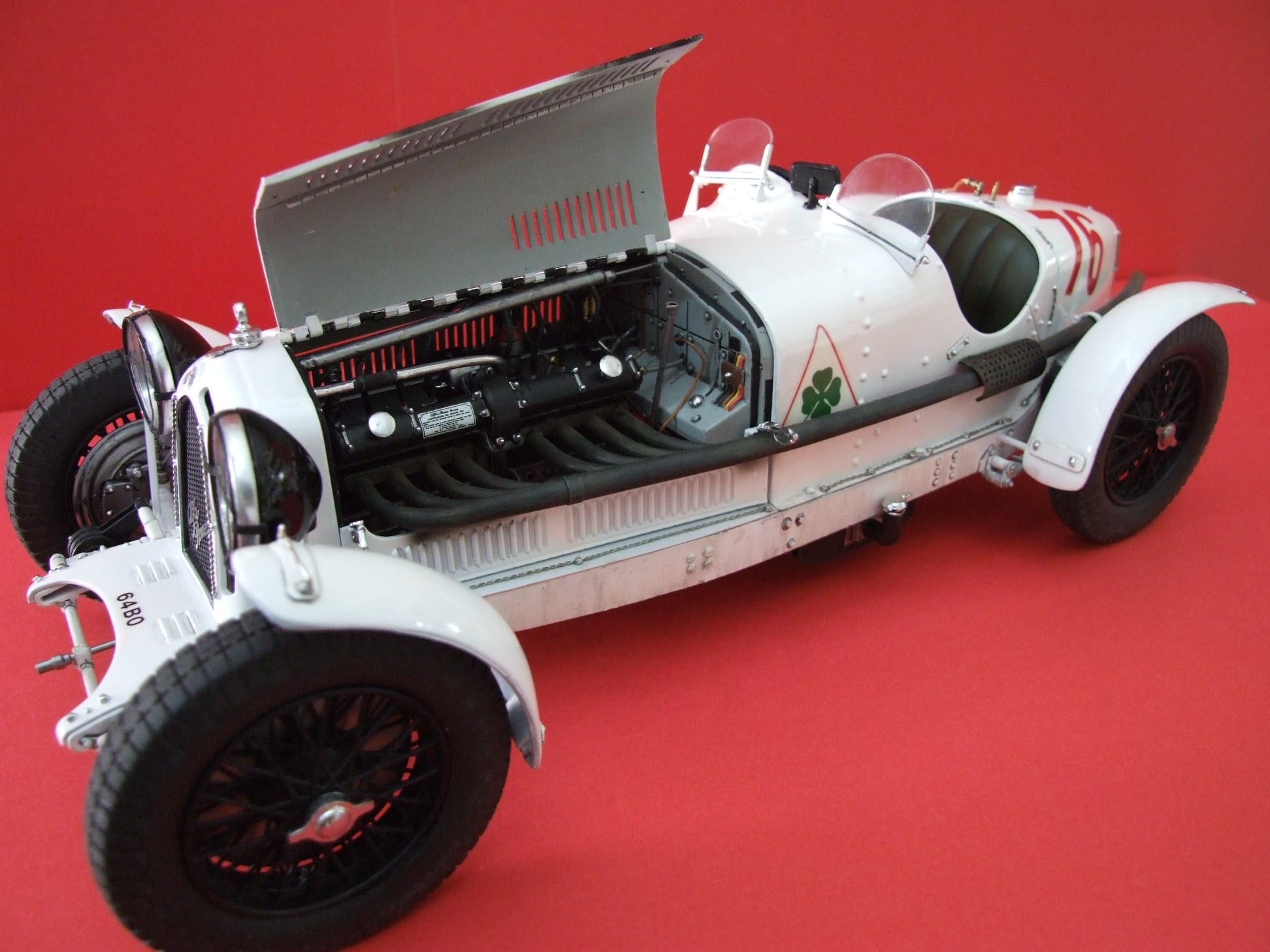 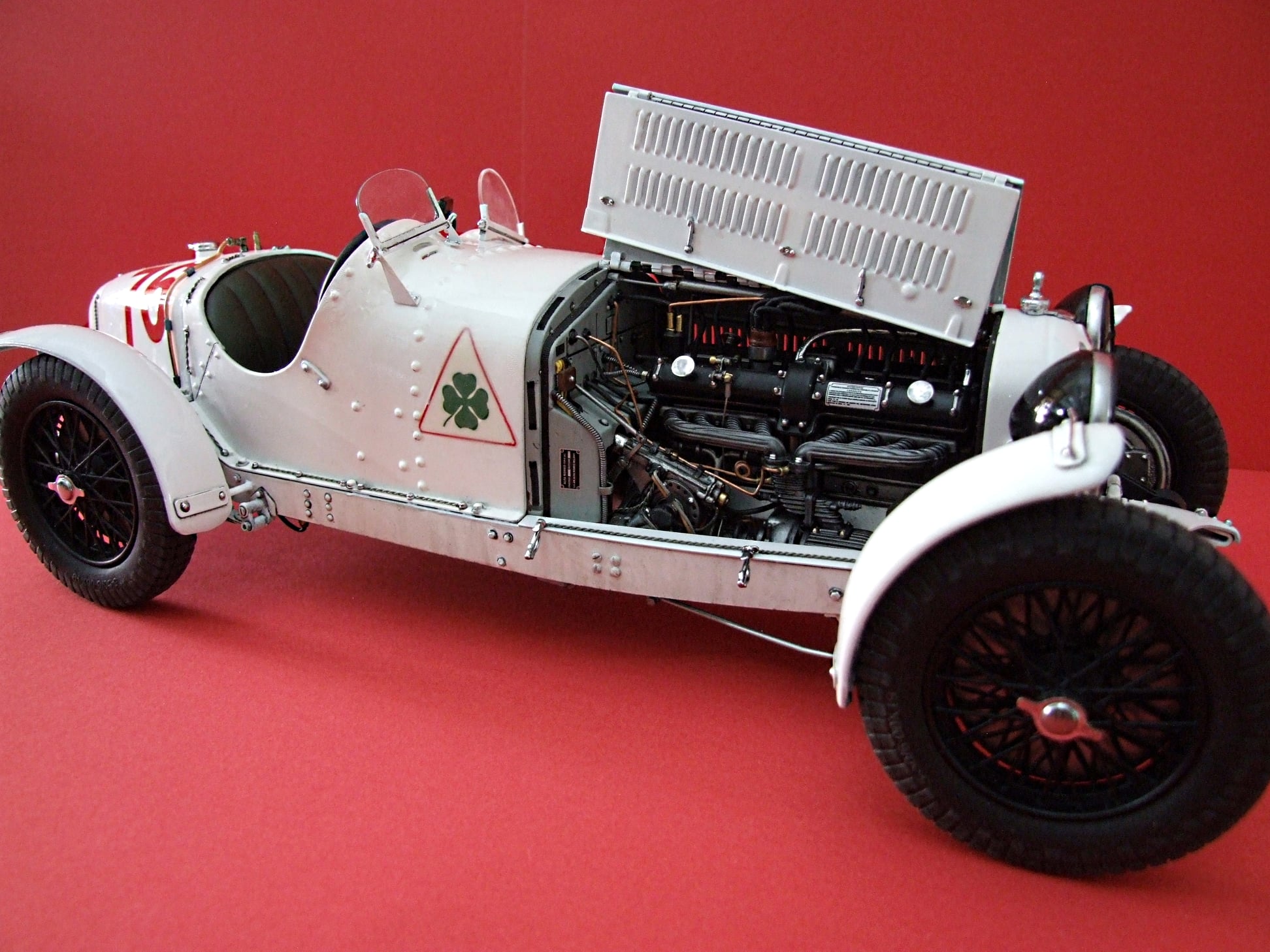 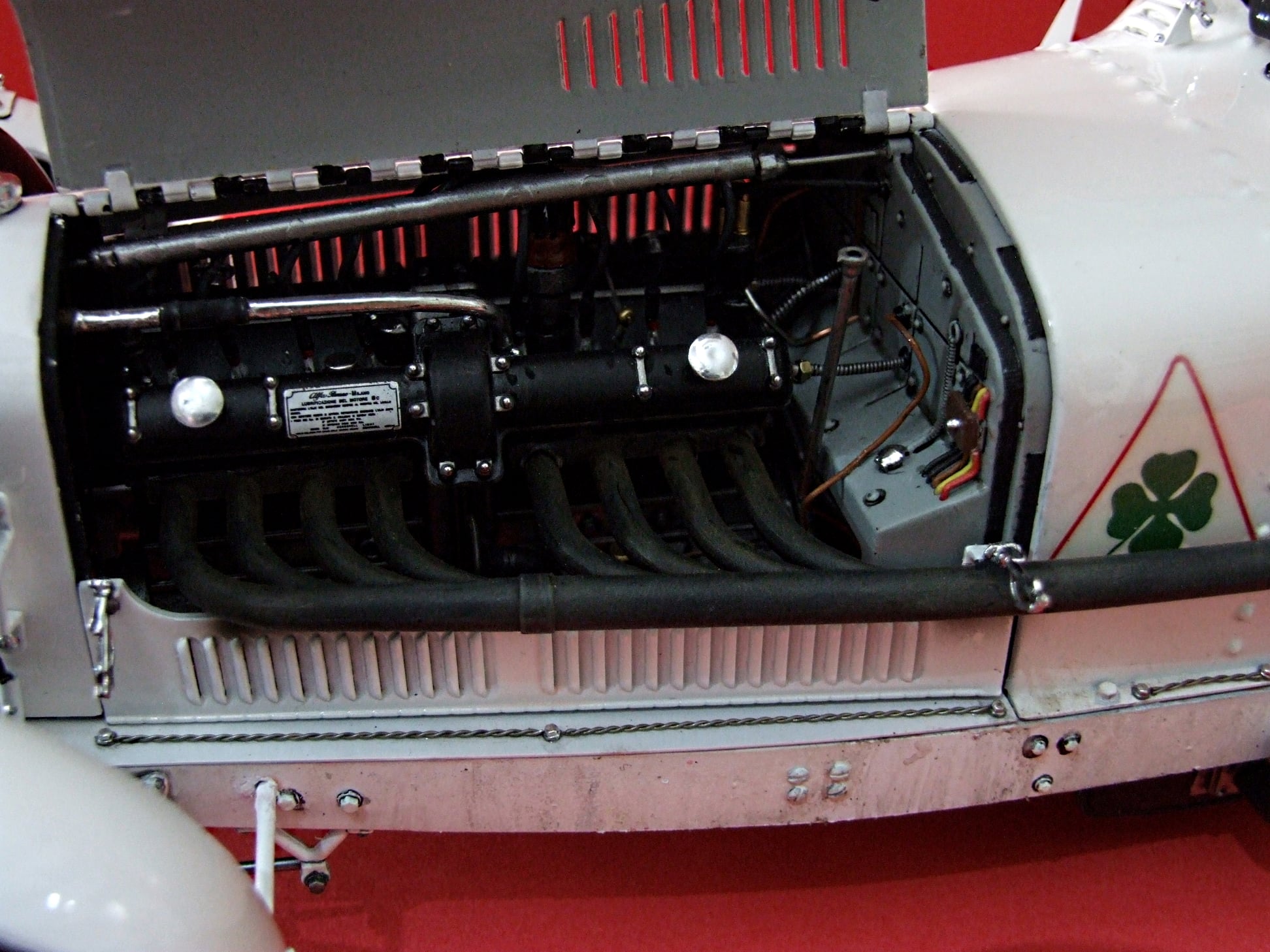 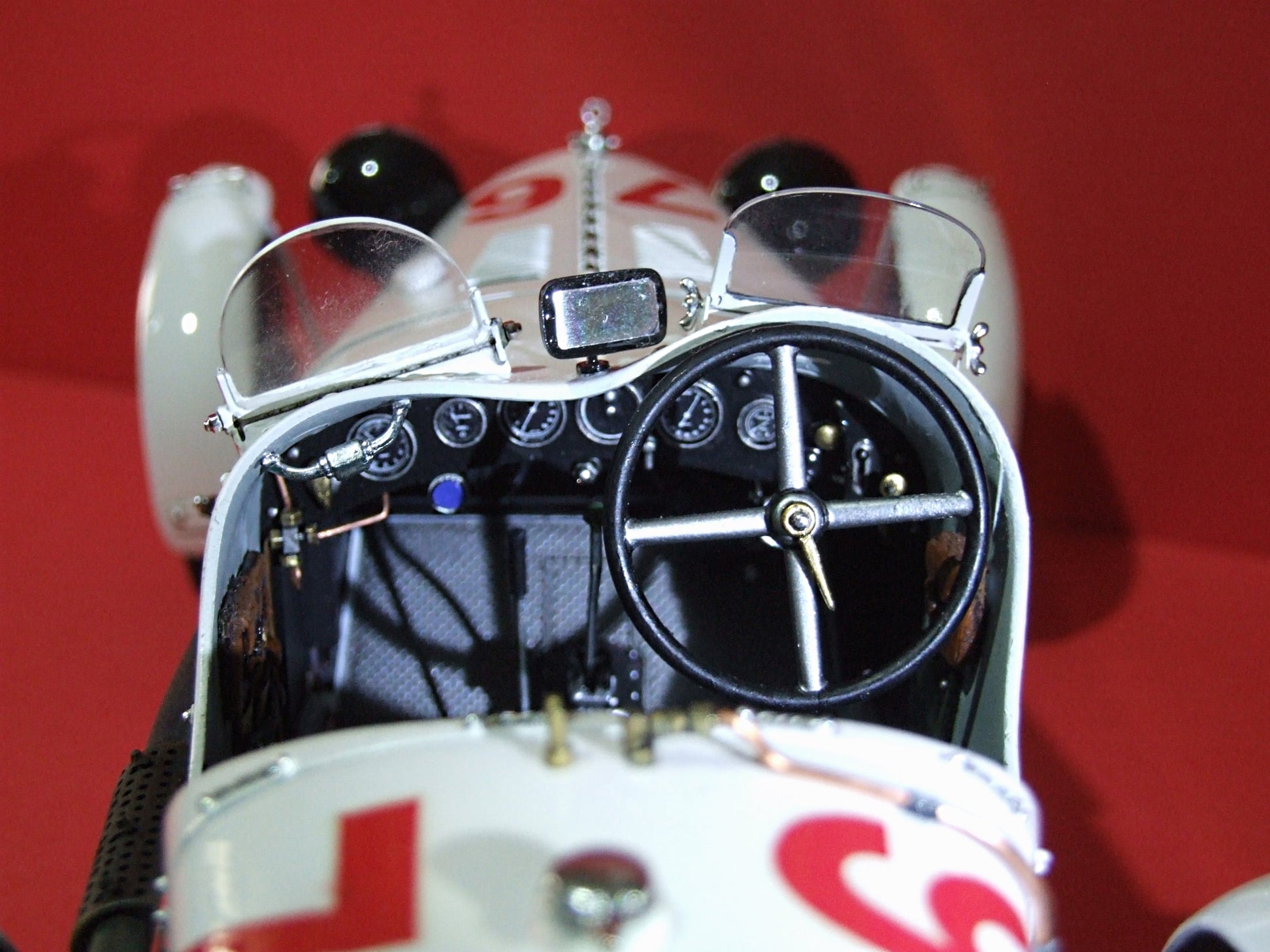 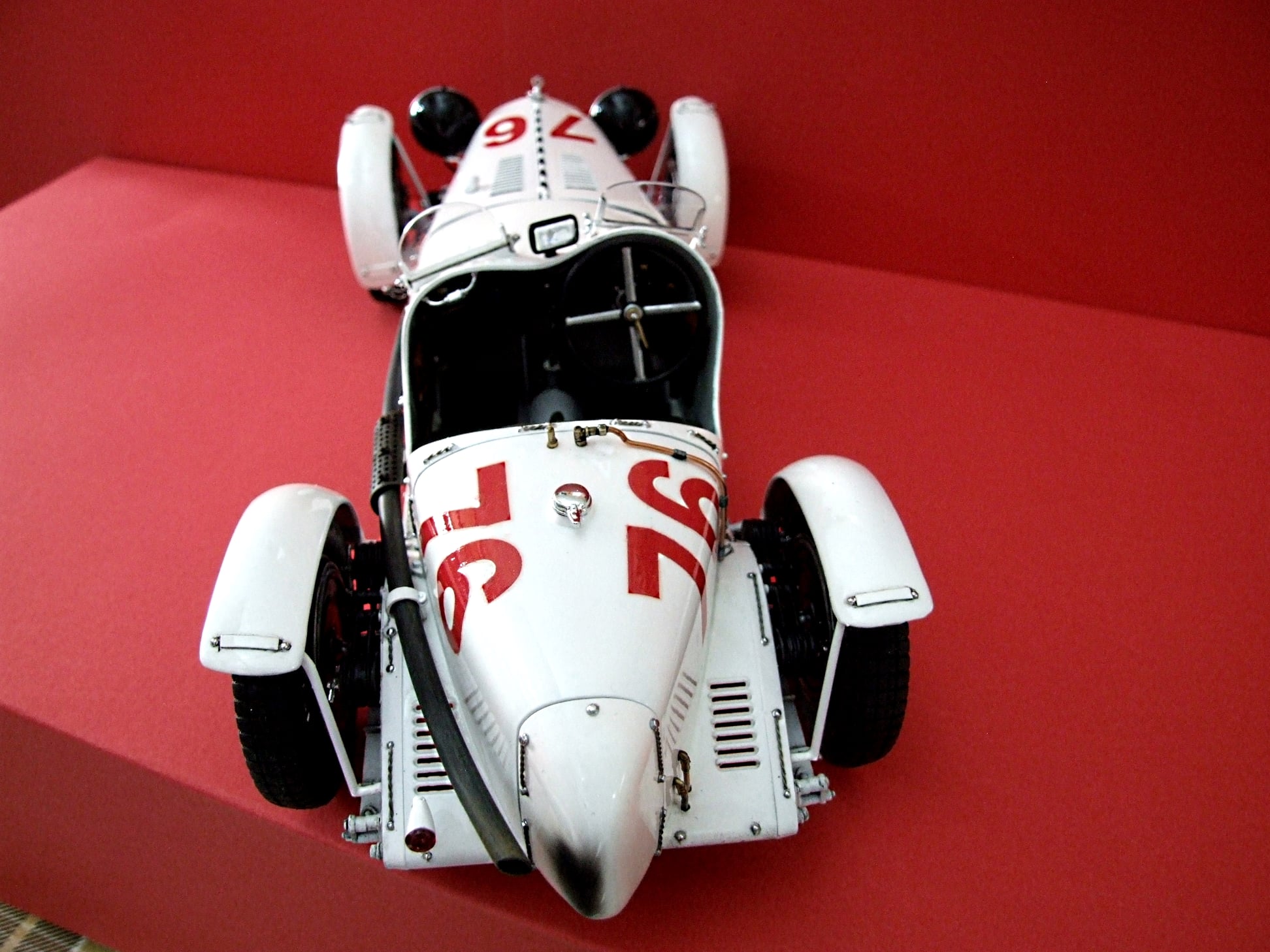 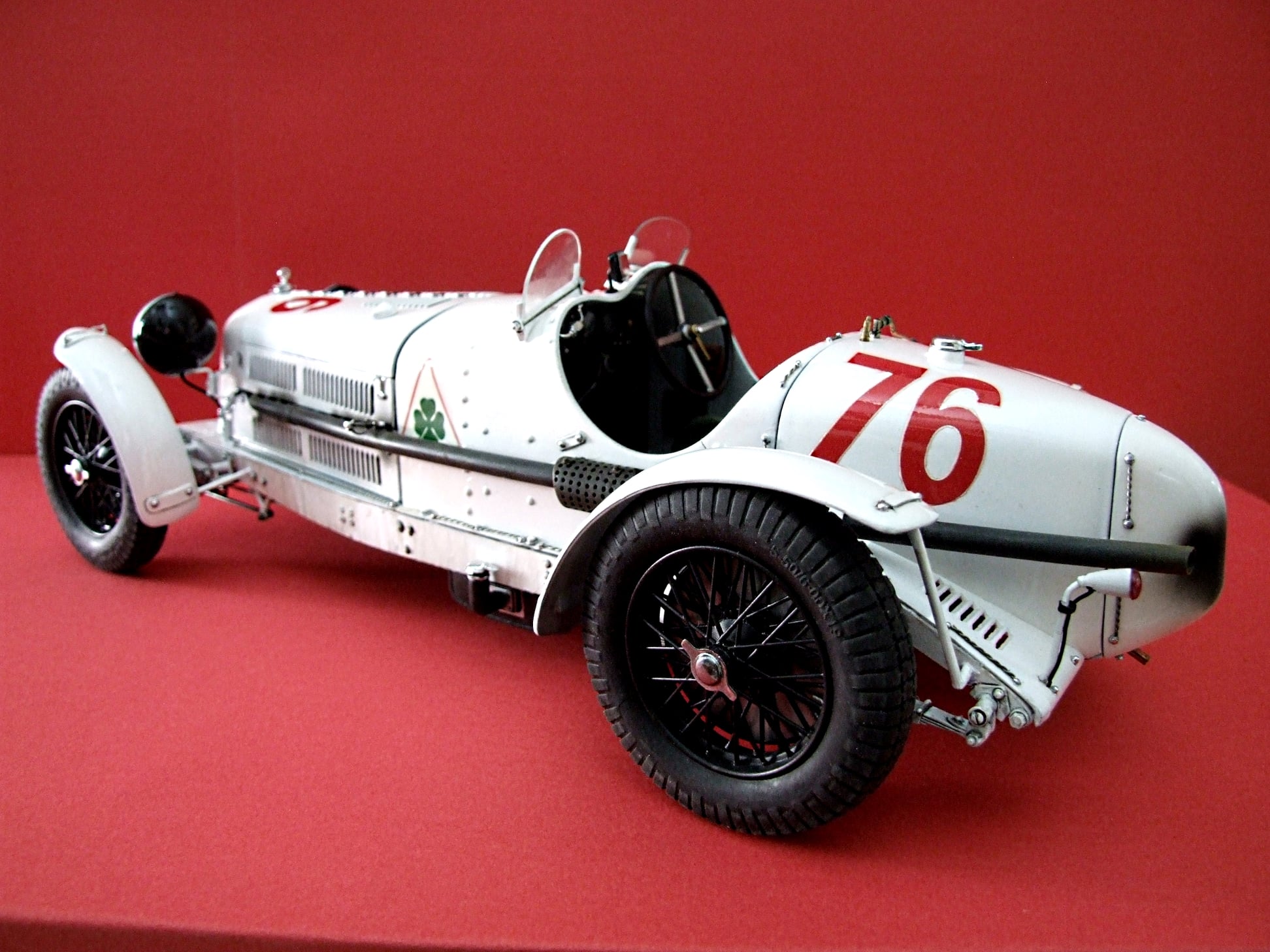 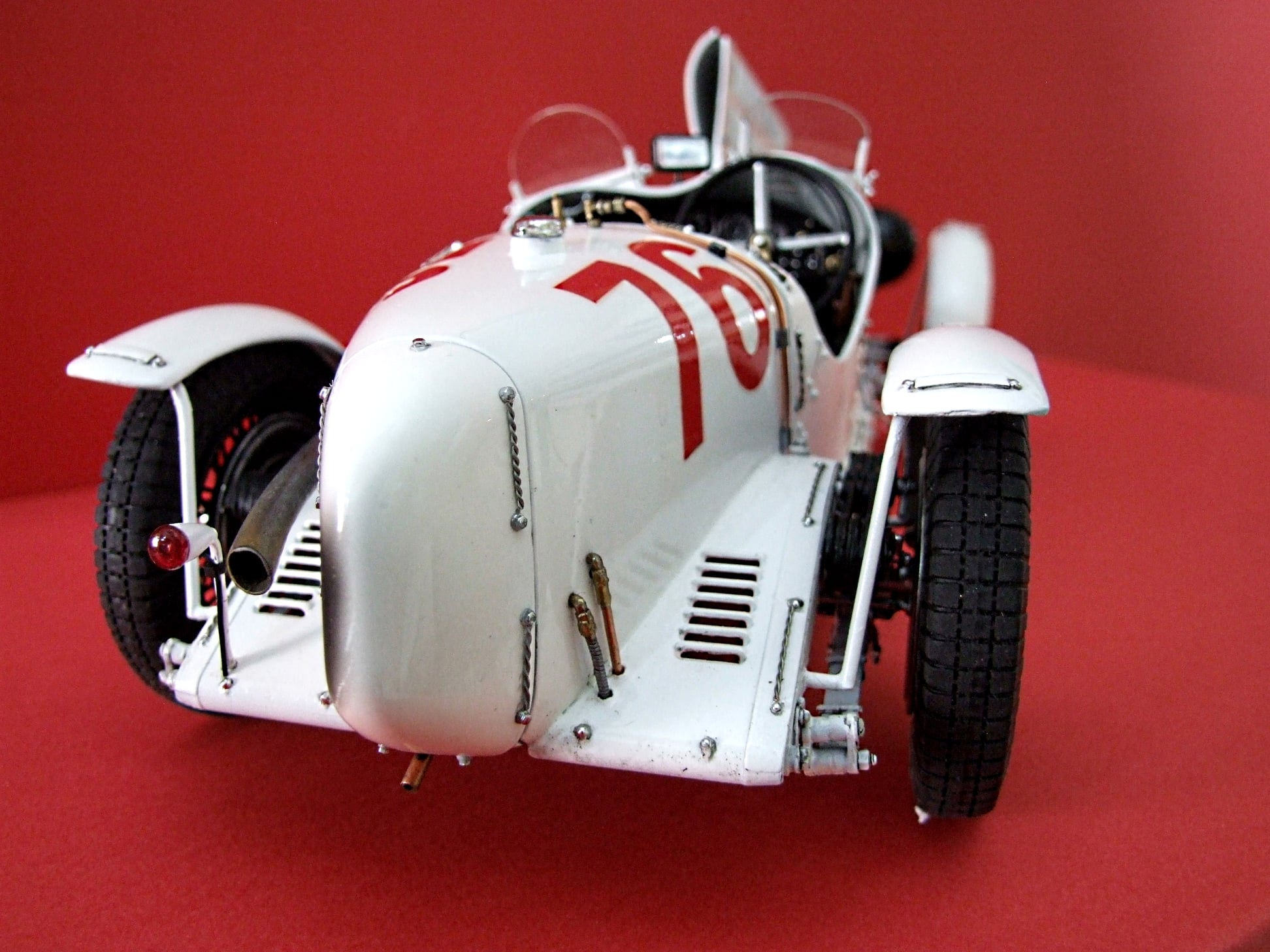 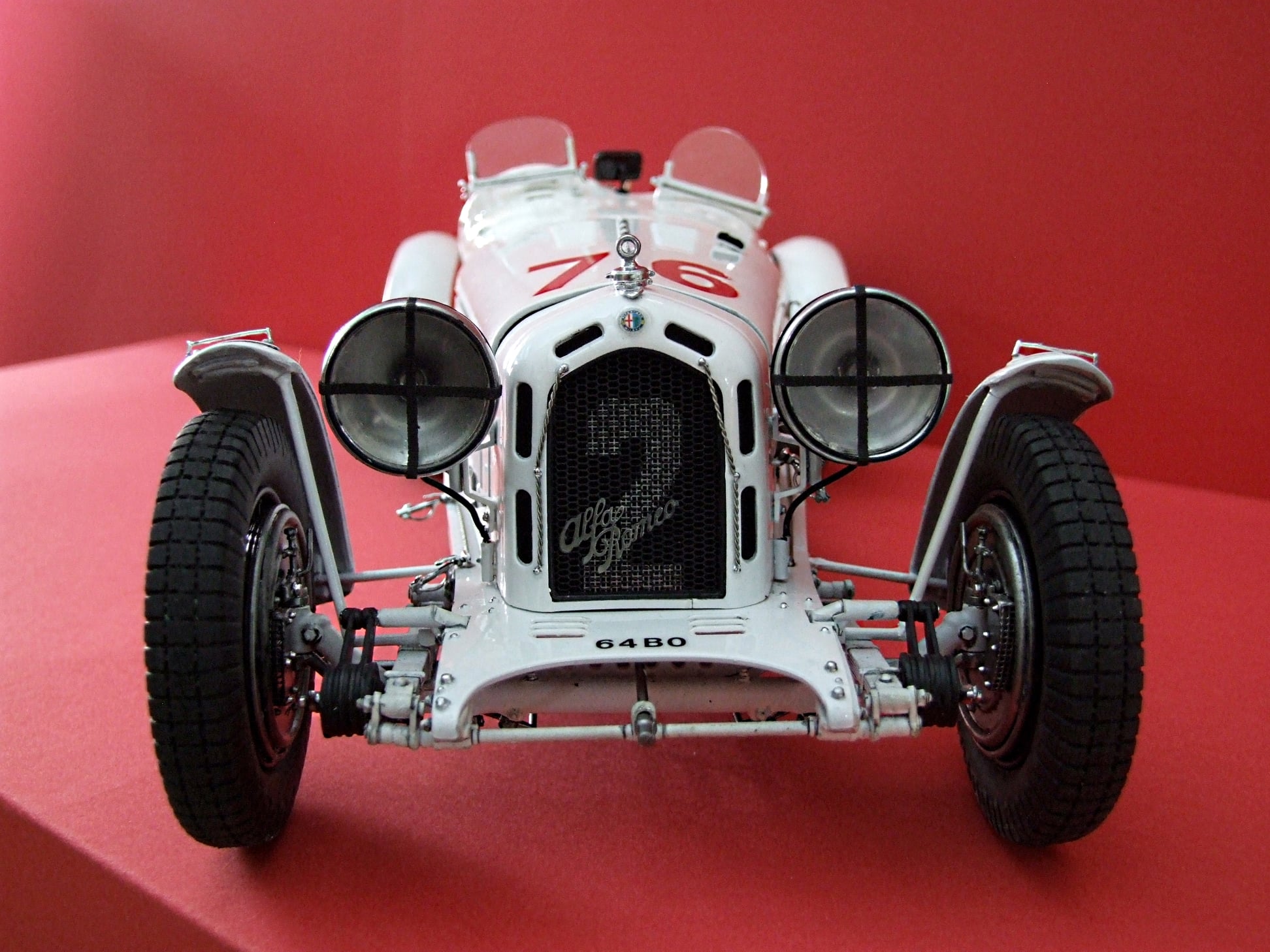 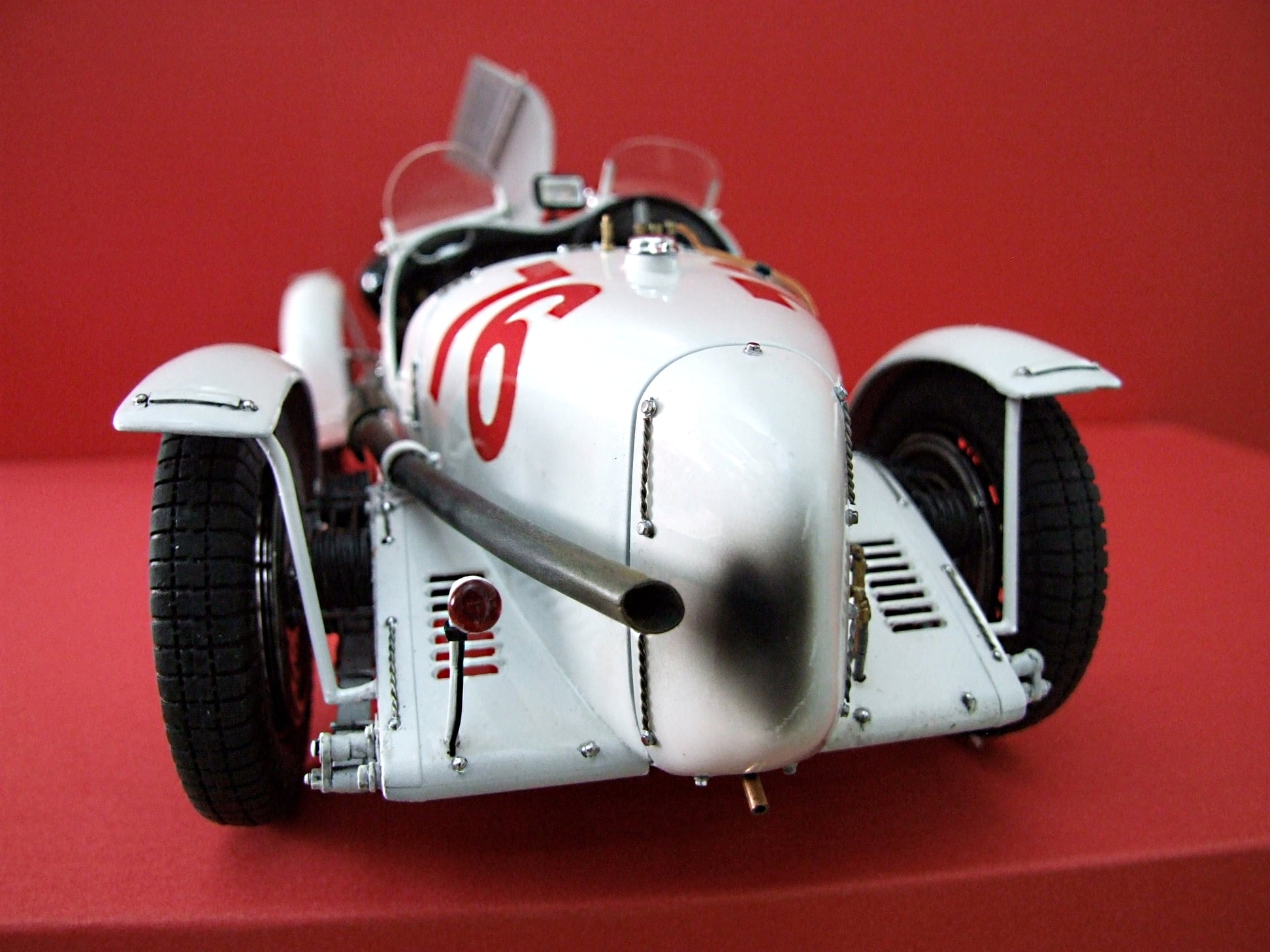 The Italeri kit represents Molinari’s racer at Monza in 1931.I wanted to do something different so I decided for a conversion from a Racer to a Roadster.It was a bonus as well to change the colour to white from the usual red.I always start with the Engine , which I extensively detailed adding all the required piping , wiring ,pulleys…throttles ….Various materials used … thin telephone wires…soldering lead ….etc…The exhaust was also modified for a Roadster version Radiator was scratcbbuilt ….firewall extensively modified and altered .Dashboard was also scratchbuilt using only the dials decals of the kit….I used punched clear acetate for the dasboard  dials and added more knobs  and light switches Copper tubing was used for all piping in the cabin and the body of the car ….All additional detail in the cabin was scratch built using milliput. Obviously I had to add the four fenders and headlamps ….I used the  fenders from an old Airfix Bentley kit and after much chopping and sanding, got them to the right shape…Rods to hold thefenders in place were scratchbuilt…I then also modified the Bentley’s headlamps and scratcbuilt all the attachment brackets to hold the headlamps into place on the Radiator housing.I dechromed all the chrome parts and airbrushed them in chrome and steel . My good friend Chris Ellul made the custom decals for me …a good job indeed. I airbrushed the body components of the vehicle seperately. These were later given a generous coat of lacquer and left to dry for a couple of days ….The components were then polished by hand using Tamiya polishing compound. Once all parts were ready I started putting every thing into place and finished off by adding the retaining wires on the body .I added an extra windshield and a mirror which I scrtachbuilt.I added the wheels last.All info and research came from anything of the real thing that I could find on the web.