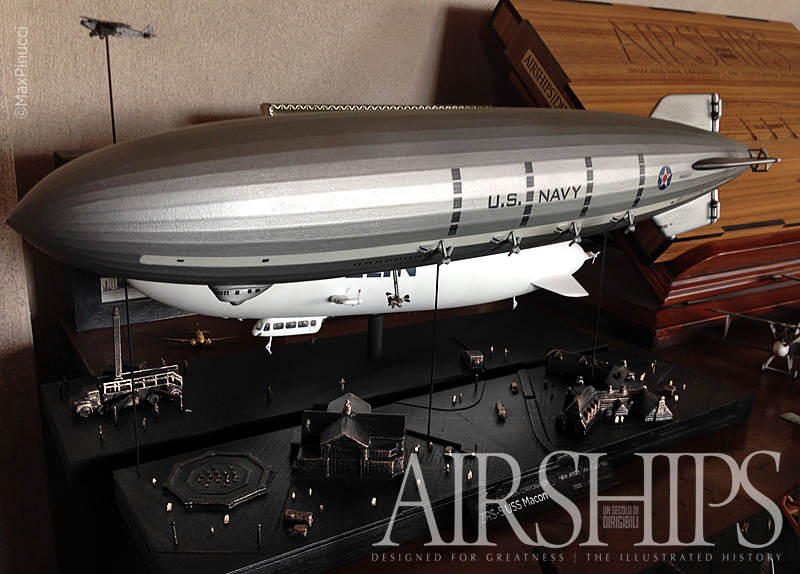 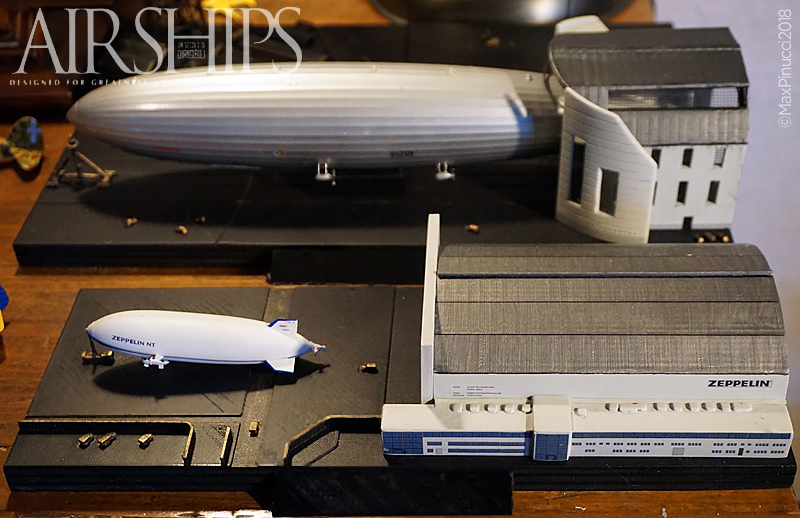 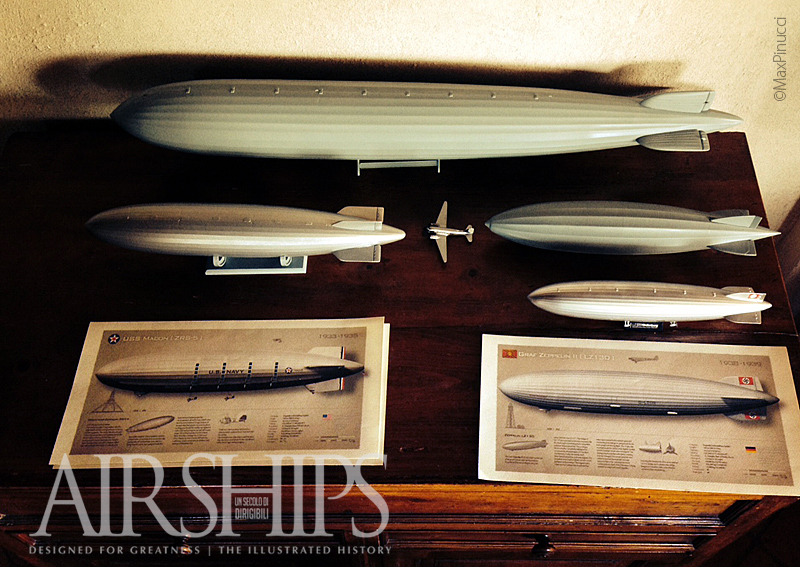 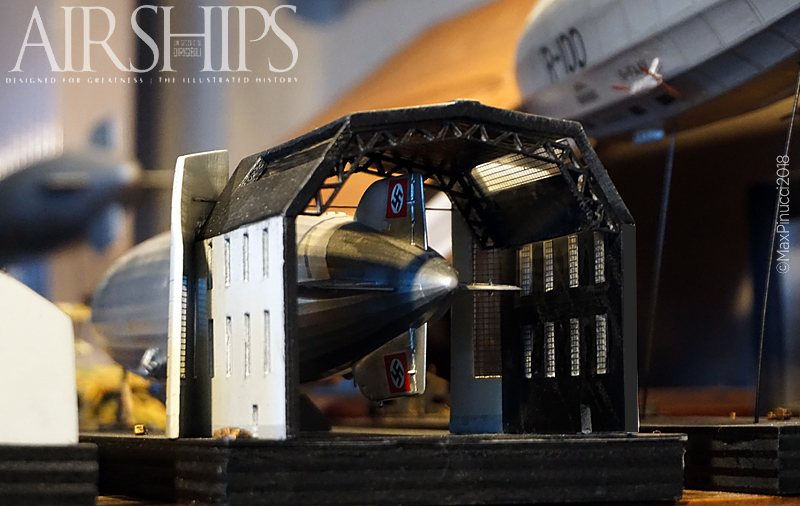 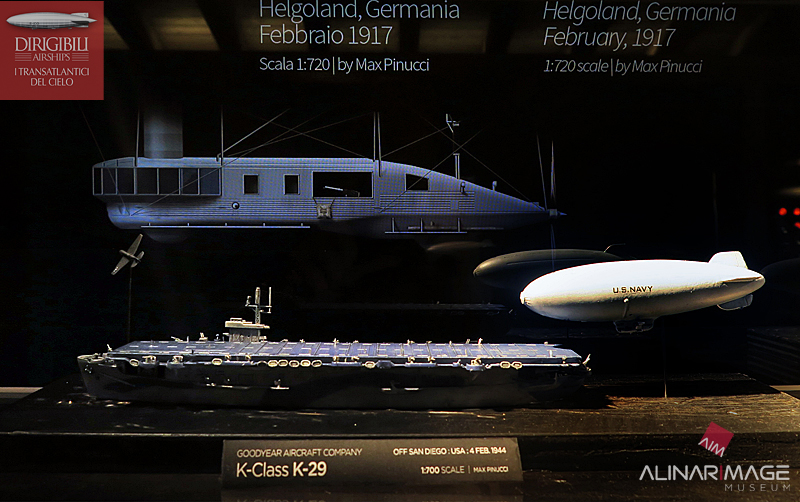 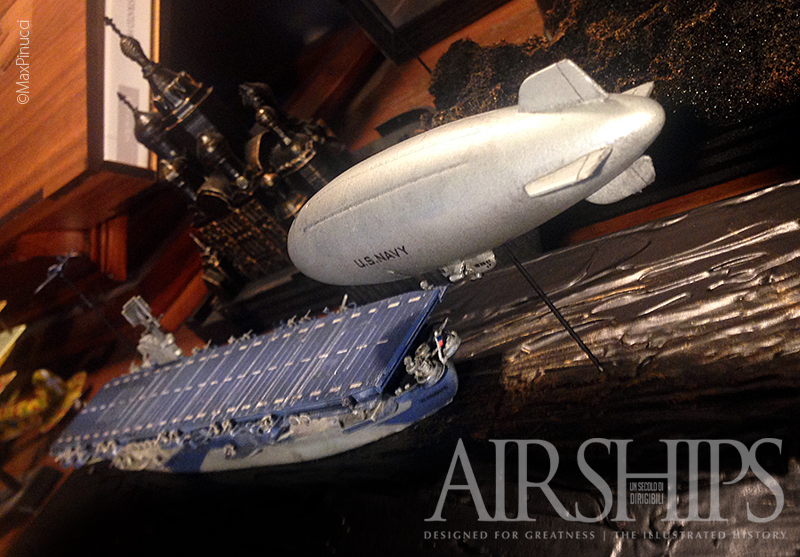 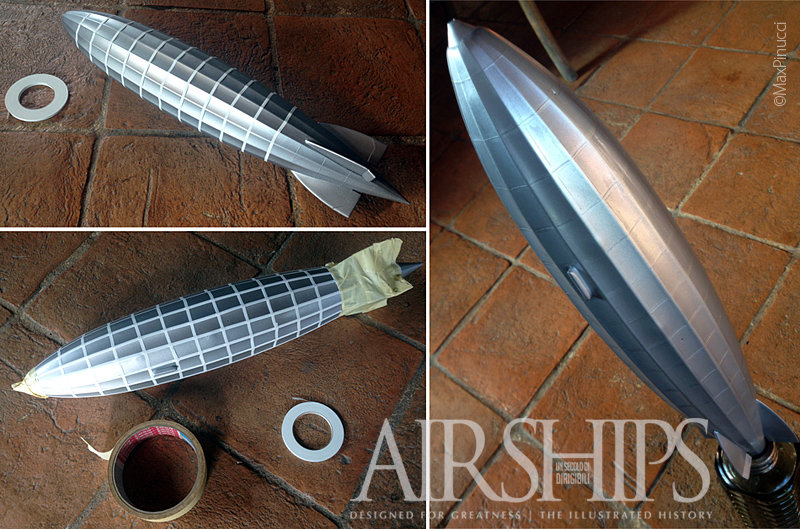 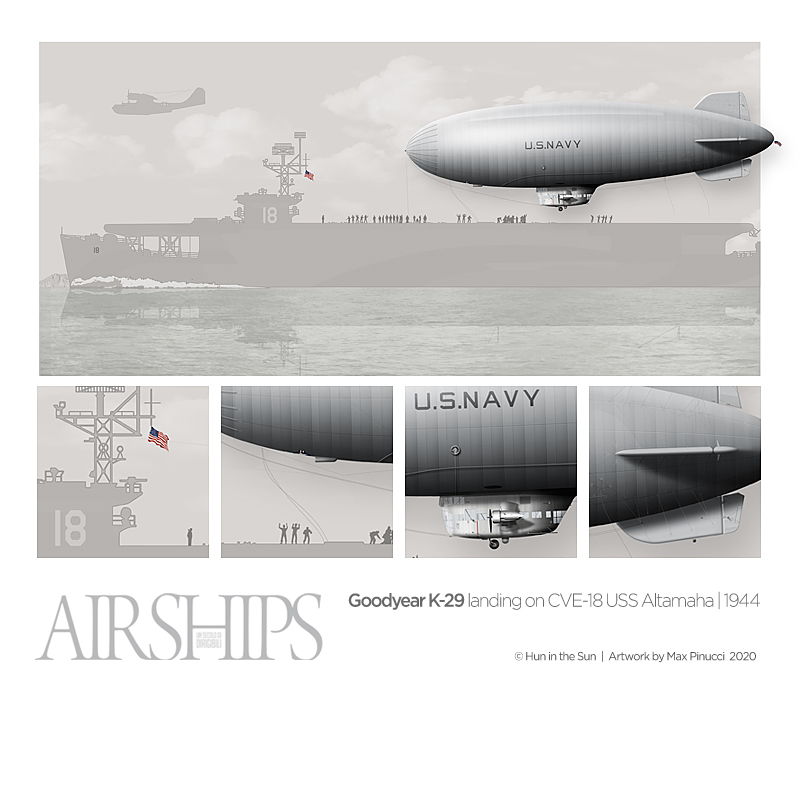 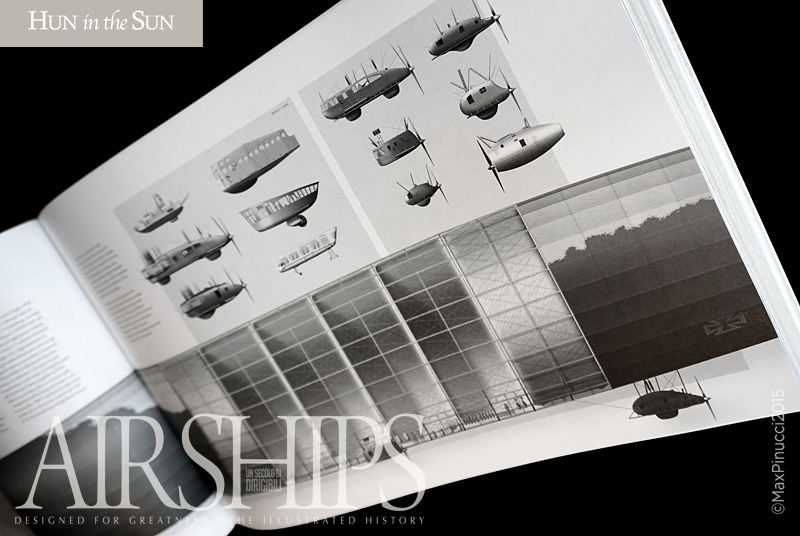 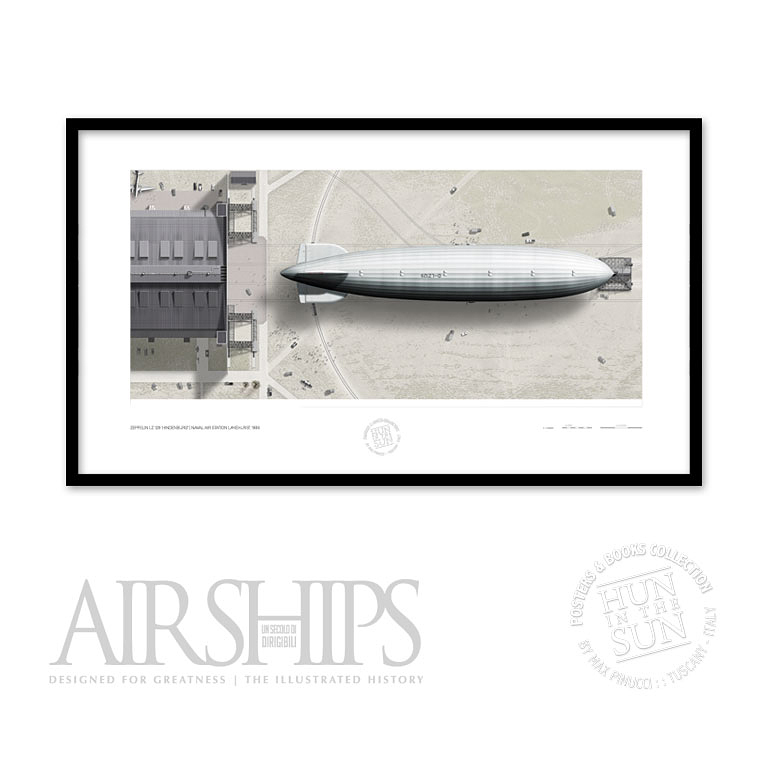 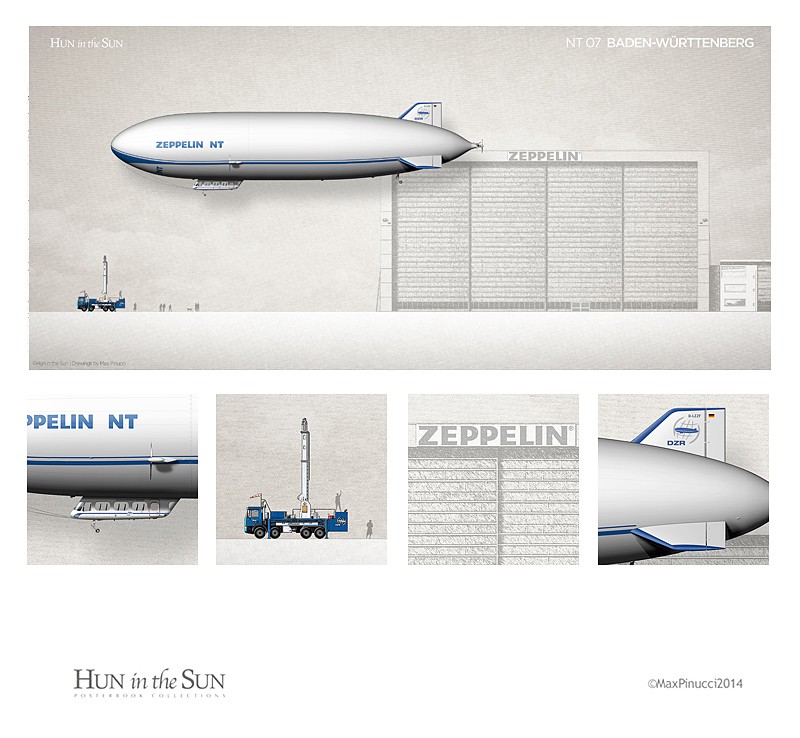 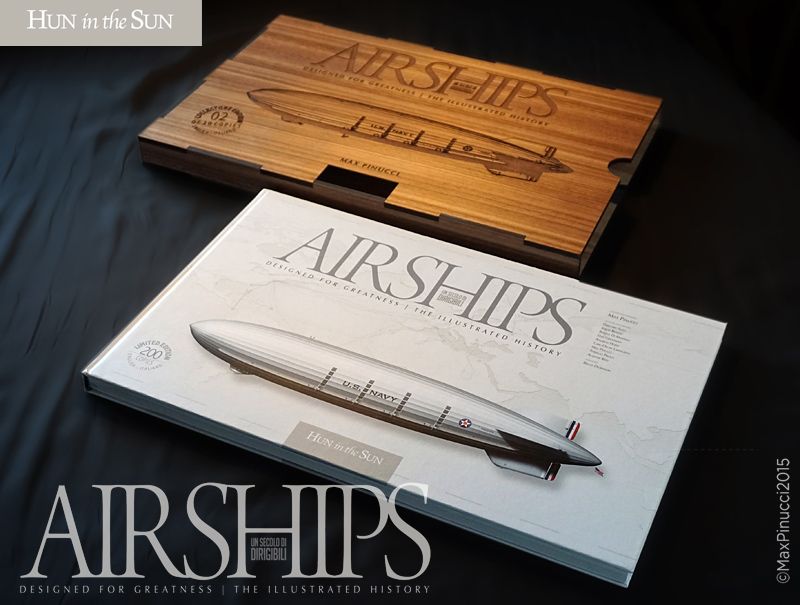 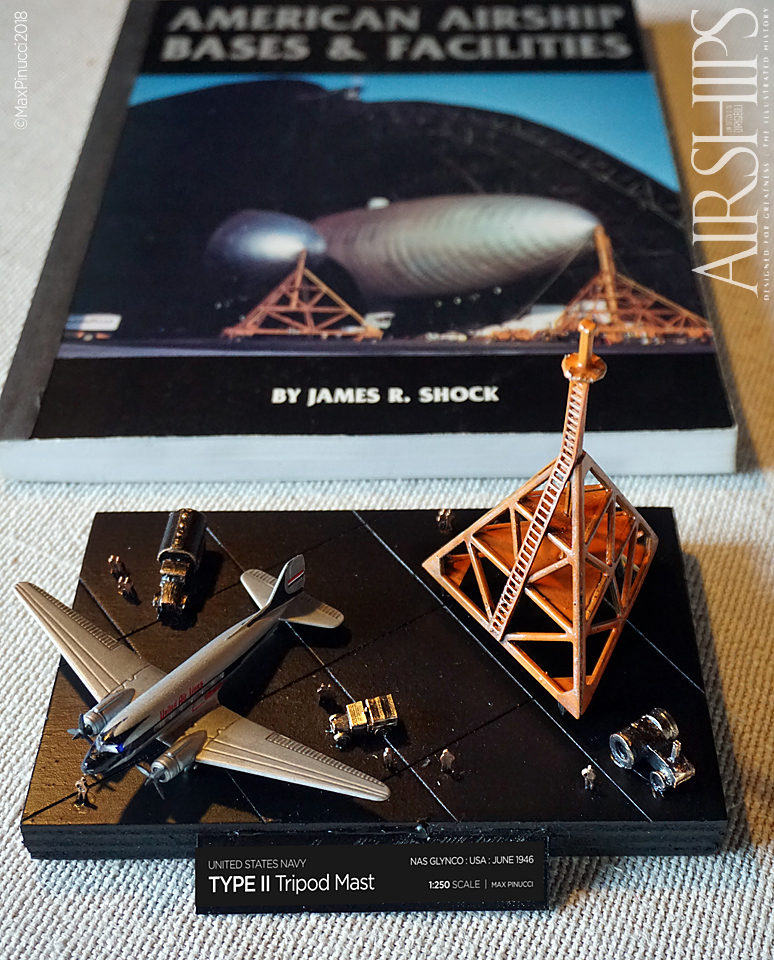 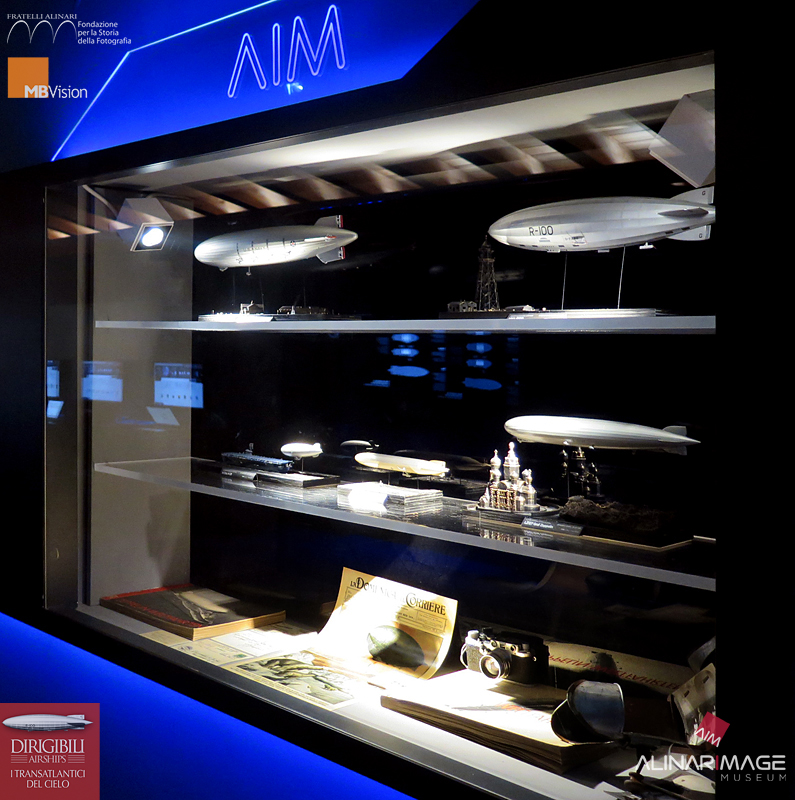 I can say that, even if in my own way, I have always been a model maker: I love its emotional aspect more than hyperrealism or technical exasperation. As a child I worked with Airfix and Matchbox kits, as an industrial design student I made models for my projects. Then the dynamic model aircraft, with its materials and its smells. Finally, the real planes, which I have been flying for 20 years for fun (I currently have an English biplane) and design for work.
For 10 years, almost by chance, I started a long and demanding research and illustration work on a particular theme: airships. Little popular but fascinating, it led me to design, build and produce, with an international team of experts, my “Dirigibili | Designed for grandeur, illustrated history “, a book considered to be the most beautiful on the subject (characters like Bruce Dickinson, Sergey Brin, John Stevenson have it). I love to call work on airships” aeronautical paleontology “: as for dinosaurs, historical airships have survived to this day only a few cabins, some gondolas, components and many photos. But no historical airship has survived. I spent hundreds of hours drawing profiles made as kits, looking for colors, writings, details, getting older, coloring, highlighting. Designing an exhibition on the subject, I tackled the creation of scale models of airships. There is little on the market, only old kits that are generally inaccurate and in small and disparate scales. I searched for and bought some boxes, but I often had to improve them by remaking details and making my decals at home. I then wanted to integrate them through environments, 3D printed: dioramas made with obsessive att ention but conceived as “monochromatic bases”, three-dimensional scenographies able to enhance the proportions of the giants of the sky without stealing the show from them. Hangar, such as the historic one in Frankfurt or the modern one in Friedrichshafen, moorning mast (anchor pylons) such as the English ones of the Empire Airships Scheme in St. Hubert, Canada, or in Cardington, UK, historic buildings such as the Church of the Savior on Spilled Blood of St. Petersburg, up to the escort aircraft carrier USS Altamaha (this time made from a kit, that of the USS Bogue 1: 700 by Tamiya). A work born for storytelling, not for modeling competitions. A problem with the kits? In addition to the lack of details, certainly the coloring: once again (as for the dinosaurs, of which we have the bones but do not know the colors) an interpretative work is needed, based on B&W photos and textual reports. Airships are generally associated with the aluminum color: in reality, the use of this type of paints (cellulose acetate butyrate and aluminum powders) began only in the mid-1920s. Until the beginning of the Great War, the color was (as for aircraft) a yellowish beige, the “doped” fabric. The war requirements required camouflage (such as the opaque black belly of the Zeppelins from night bombing) or even the use of a special fabric printed with blue dots (a bit like the diamond-patterned fabric of German aircraft). The aluminum color used in the following decades had different shades, and the only way to try to understand something is to study the changing shades in the photos of the time. There are only small patches of the upholstery fabrics aged by time: none of the large airships have survived.
Over time I have made the Vickers R100 (kit 1: 500 Maquette with mast anchor out of scale – more or less 1: 250), the flying aircraft carrier ZRS-5 USS Macon (AMT kit 1: 520), the LZ127 Graf Zeppelin (Testors 1 : 245 and Mark I 1: 720), the LZ129 Hindenburg (Revell 1: 720), the Zeppelin P-class L13 (Mark I 1: 720) the Goodyear K-Class, the R101 and the Zeppelin L70 (Classicairships 1: 700 , 3D printed in PA and resin), another Goodyear K-Class (Glencoe 1: 330), modern Zeppelin NT (Revell 1: 200 and a 1: 700 3D printed). Accessories, cars and scale figures come from Hermoli, Preiser, Eduard. And now I’m working on Umberto Nobile’s projects (in 1: 700 scale). Airships are a fascinating but little known subject. Some remember the Zeppelin bombers that wreaked havoc in the Great War, many remember the Graf Zeppelin and everyone has in mind the huge explosion that destroyed the Hindenburg. Very few, however, know the antisom and patrol use of the 134 airships that the US Navy used in WW2. Even less the Goodyear N-Class who flew for the US Navy in the midst of the Cold War in the AEW role (as flying radars) until 1962. In recent years we have seen the return of airship, freight and passenger projects. I have visited some of these, and even piloted the Airlander 10, on the simulator, of course, at the Hybrid Air Vehicle headquarters in the historic 1928 hangar in Cardington, UK.