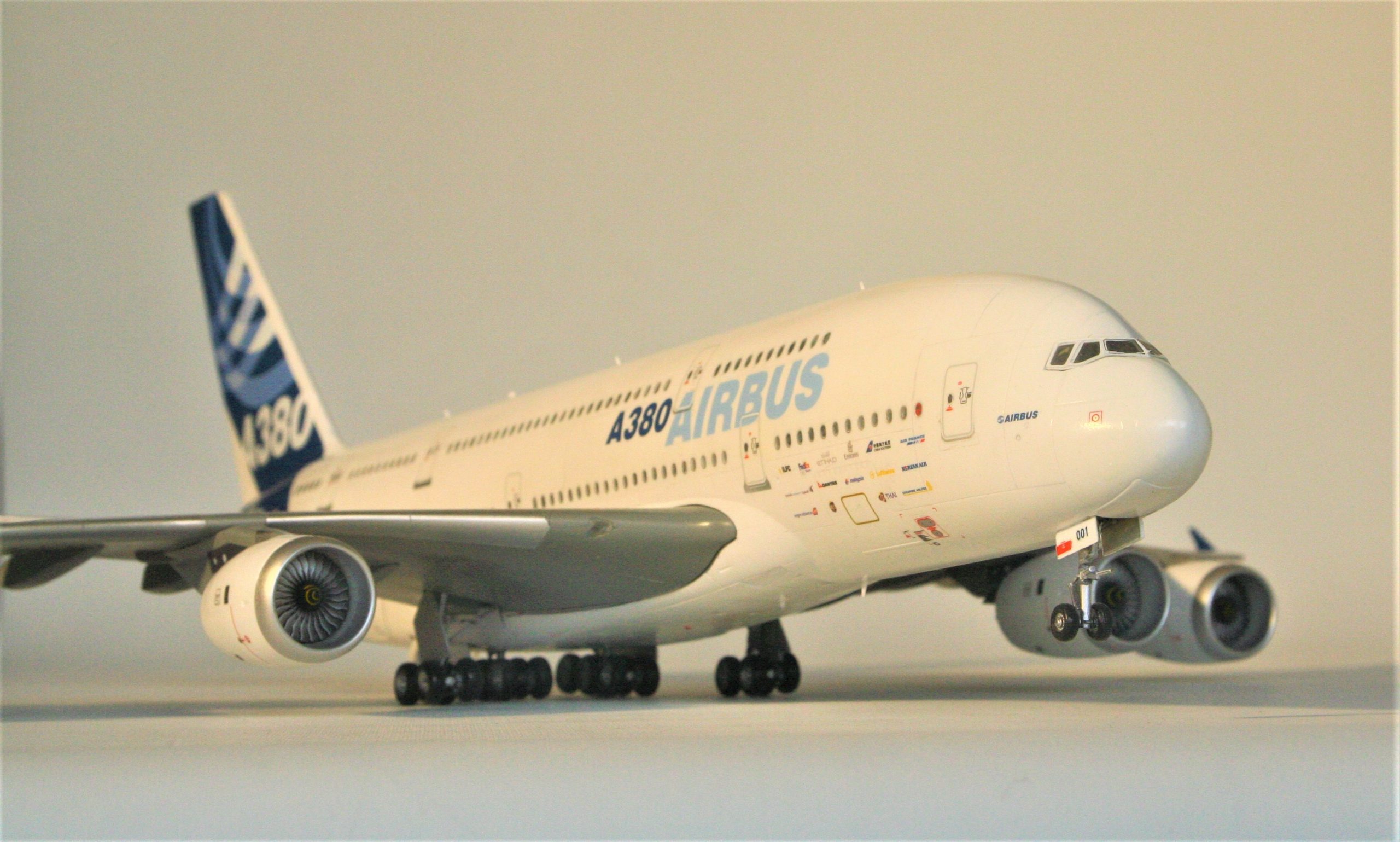 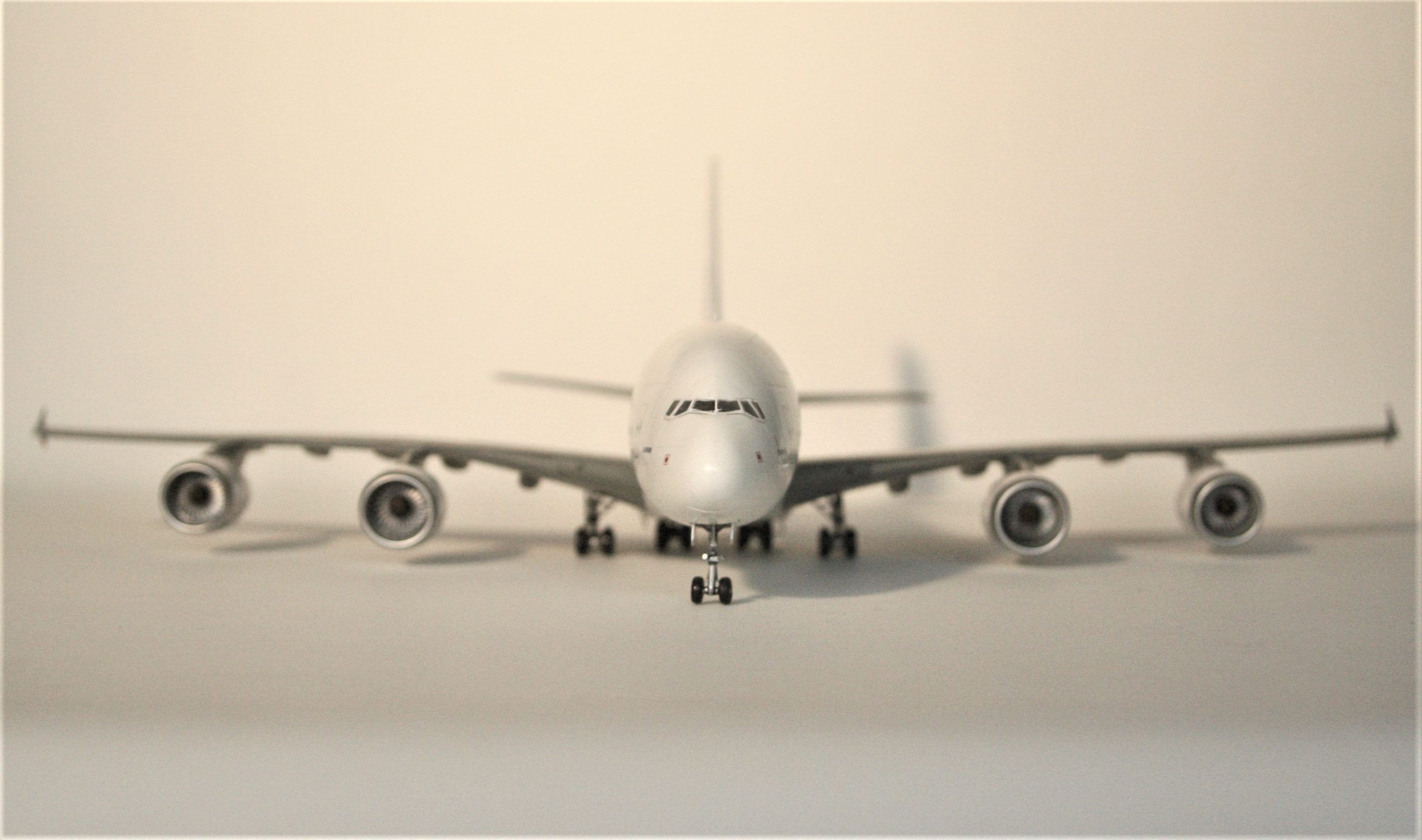 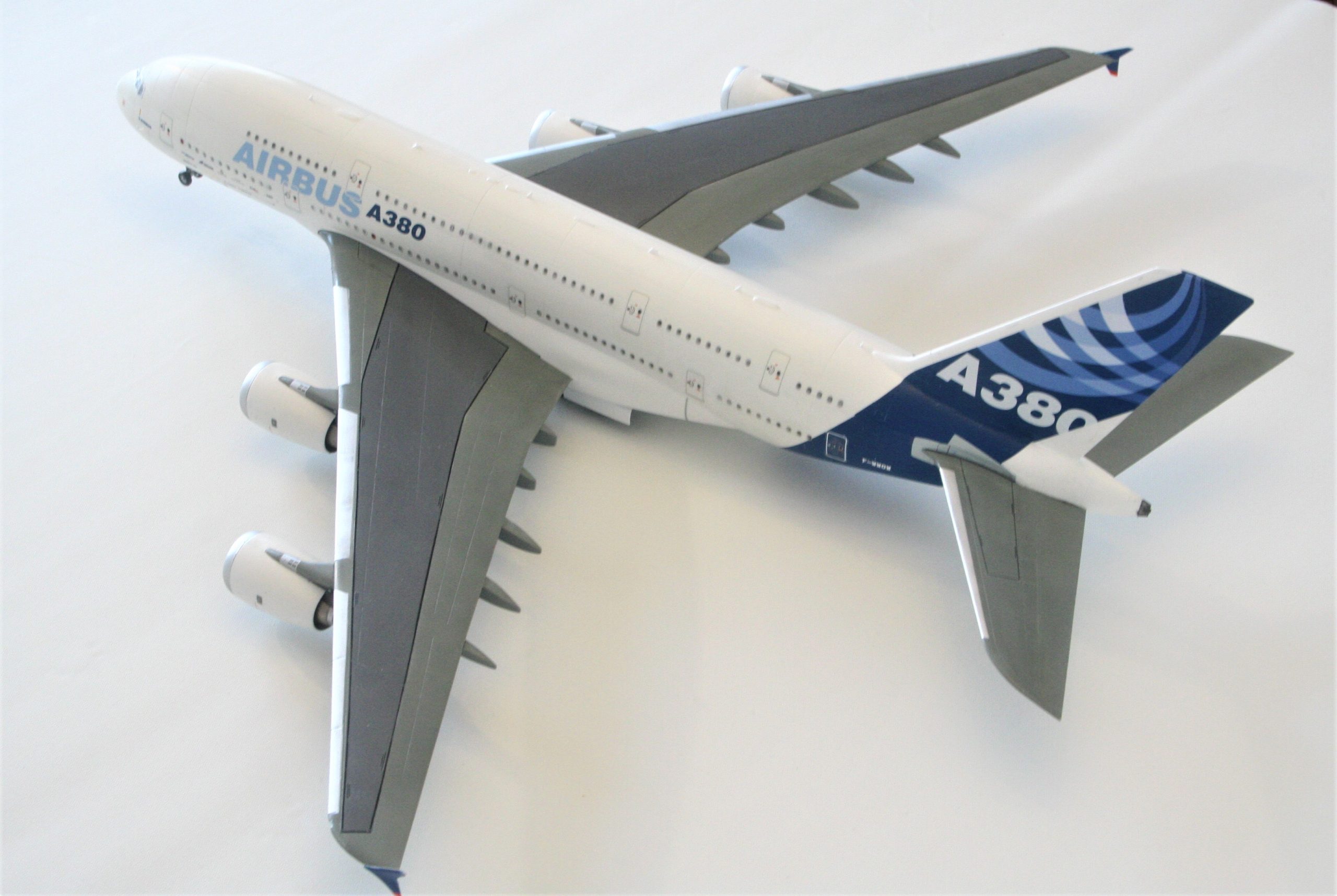 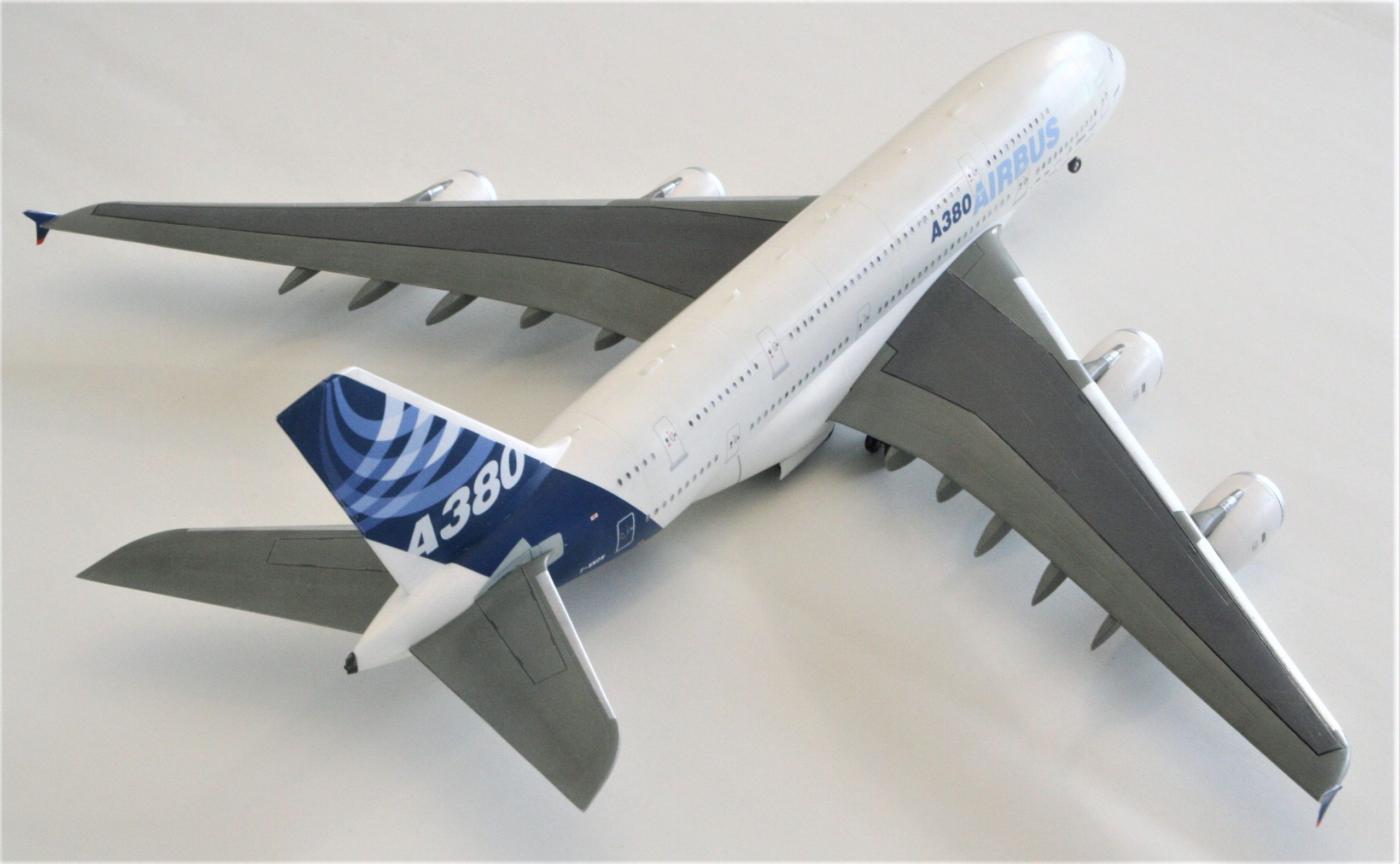 History The Airbus A380 is the world’s largest passenger airliner today. The full-length double-deck aircraft has a typical seating capacity of 525, though it is certified for up to 853 passengers. It is powered by four Engine Alliance GP7200 or Rolls-Royce Trent 900 turbofans providing a range of 8,000 nmi (14,800 km). The first flight was on 27 April 2005, my youngest son birthday. I saw this first flight on TV while waiting for my son to be born and that’s why I always wanted to build this model. Their 15 years was a good excuse

THE KIT & BUILD NOTES: This was my first airliner ever. the kit is already a few years old, but it is the only one on the market with the first livery, so there was no doubt about which one to choose. Not bad, some problems, but in general with some work you get something presentable. The kit, although it comes with the holes in the windows, does not include clears, so either putty on everything and apply black decals or make the 220 windows with Kristal Klear. I opted for this second option

Although nothing is seen, I built a basic cockpit, just because. After gluing the two halves, the kit allows it to be built in phases: fuselage, wings, stabilizers and engines, gluing everything only at the end of applying the decals and before the last application of gloss varnish. That was my option. Hope you enjoy, Cheers, Manue