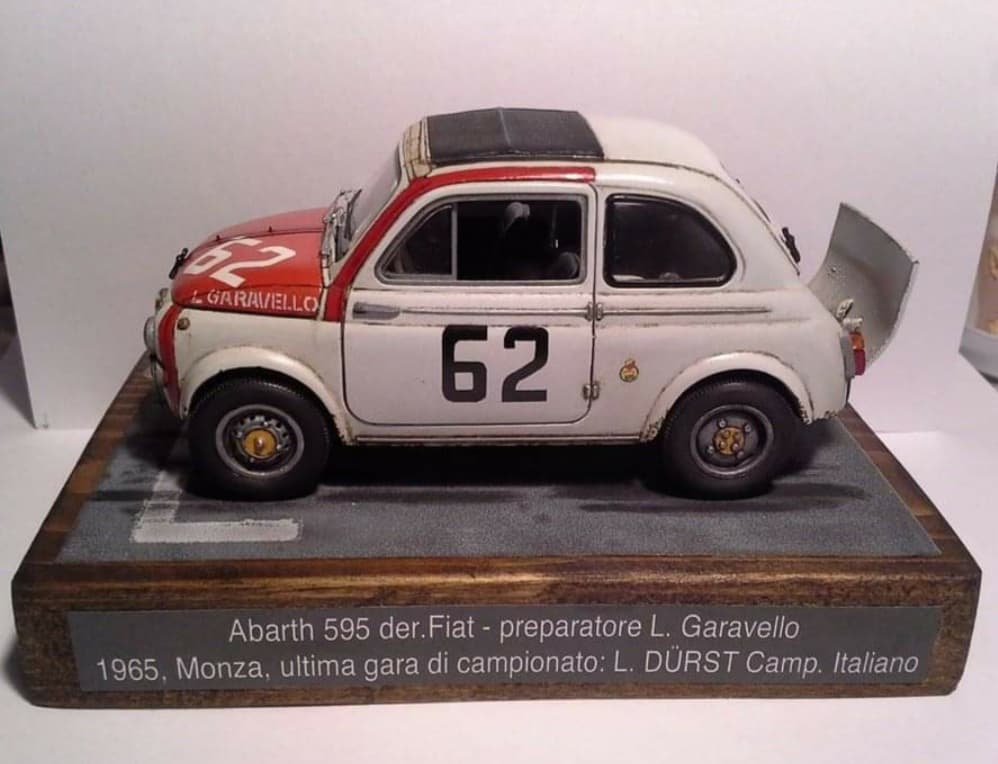 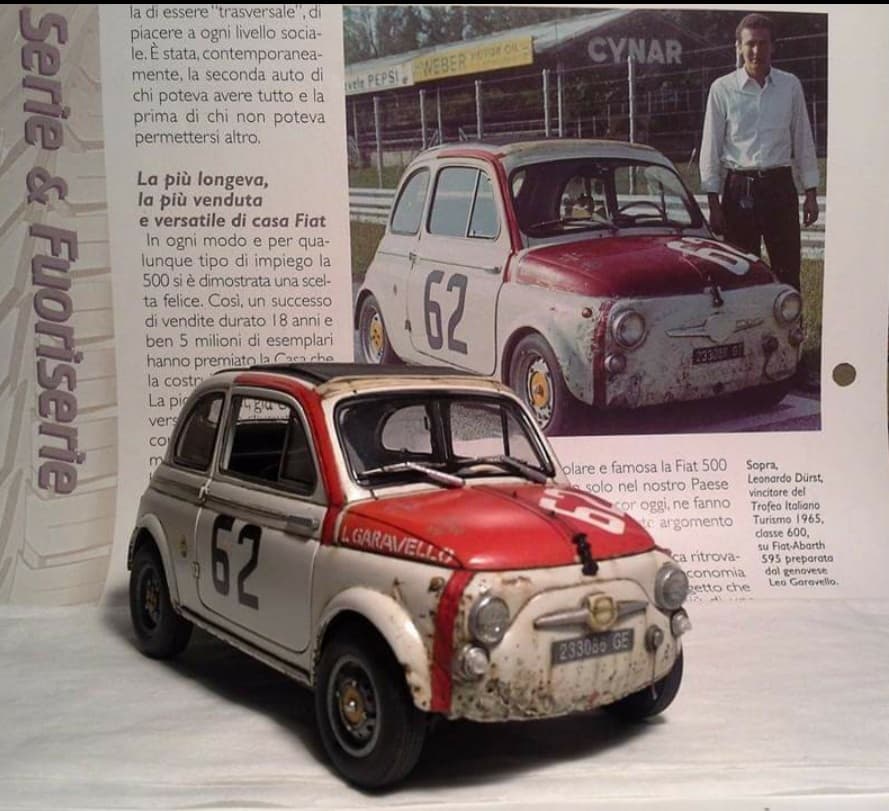 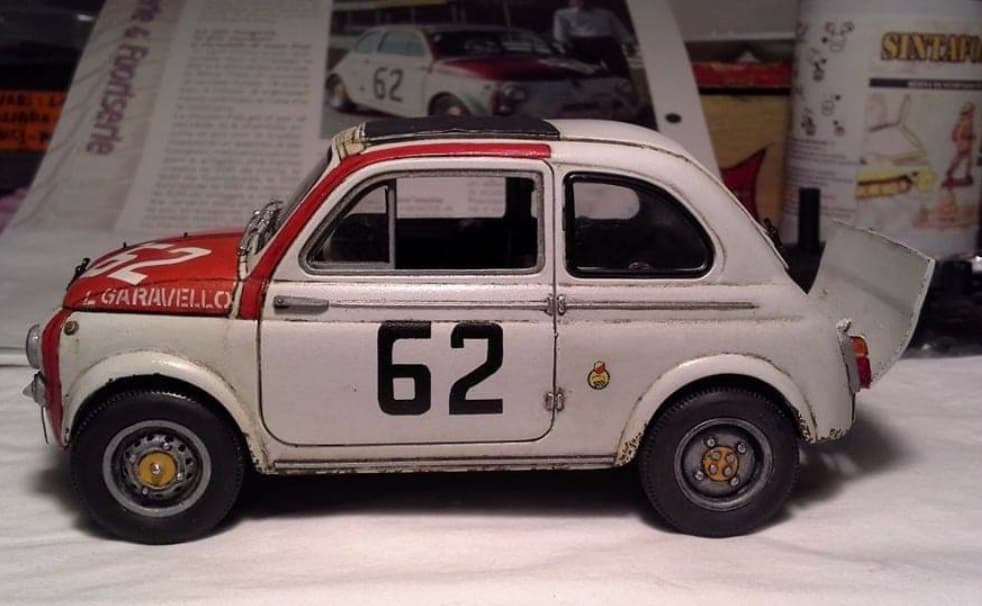 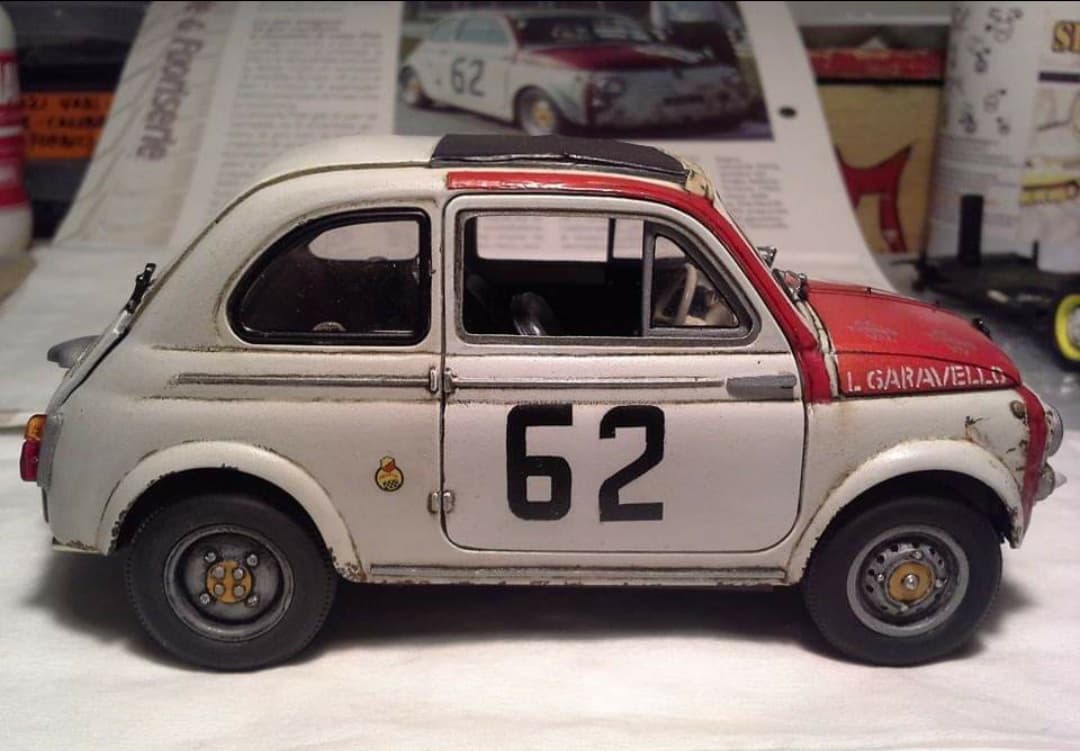 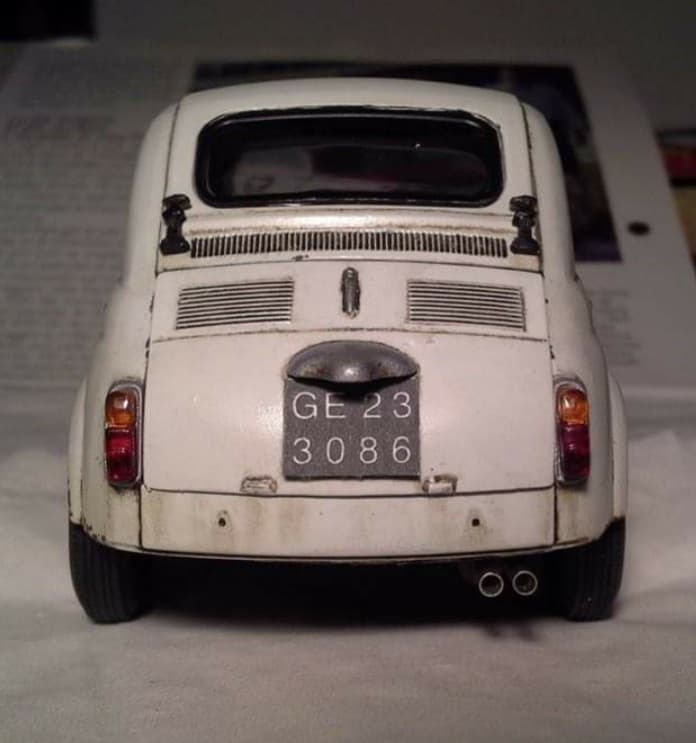 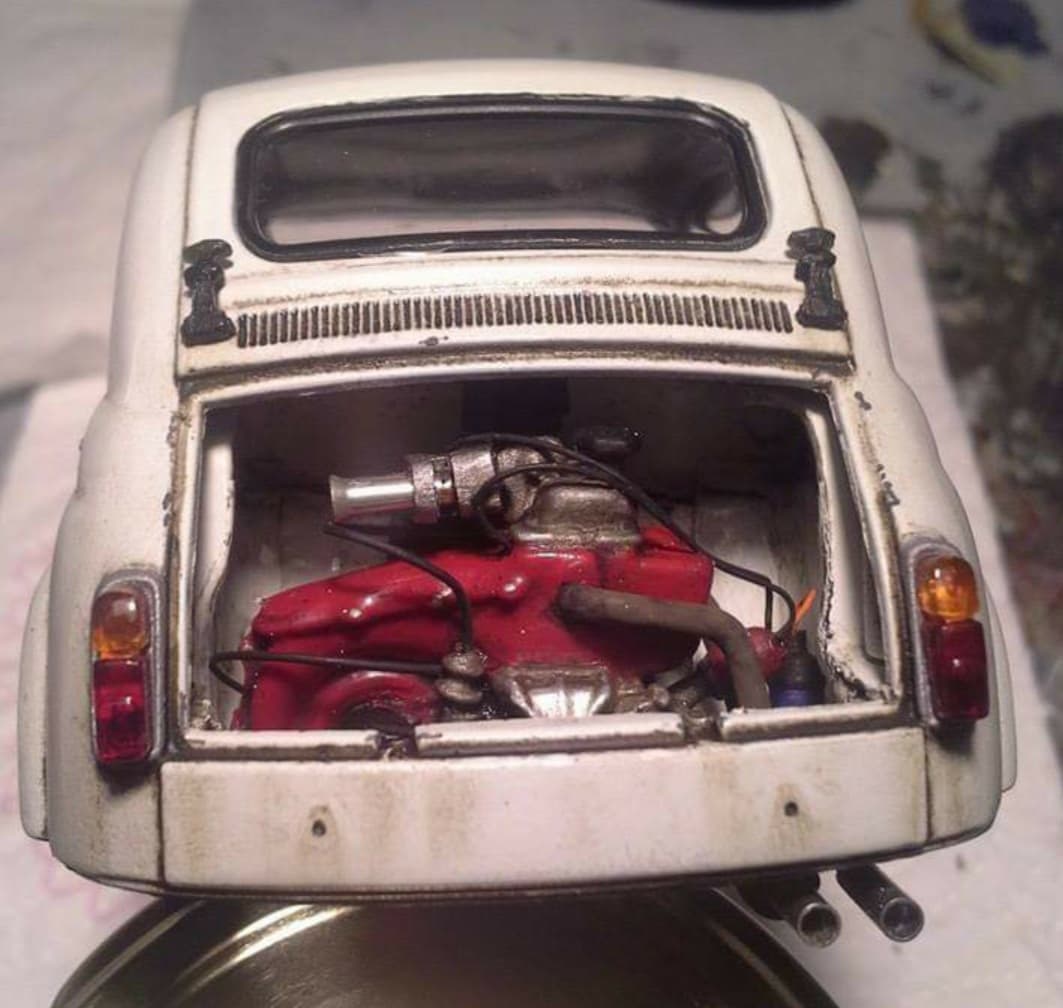 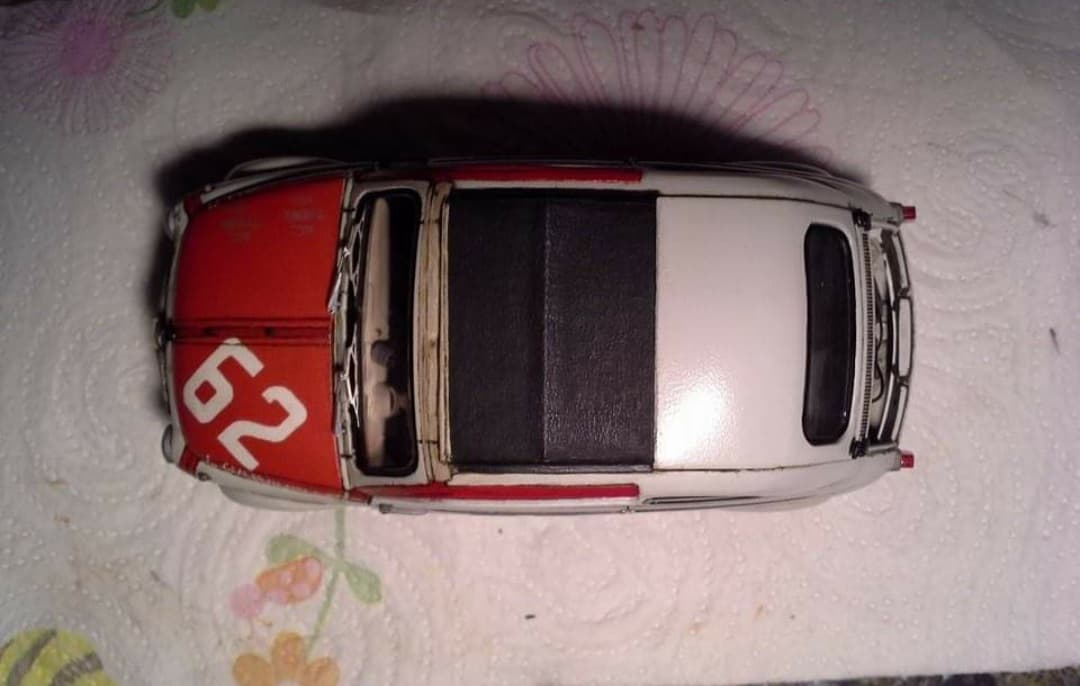 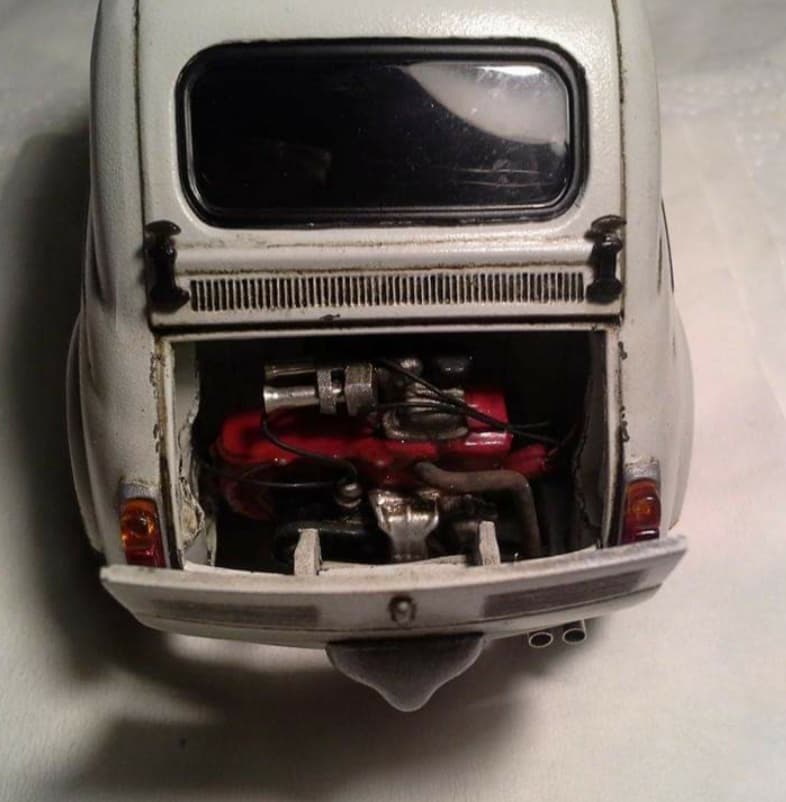 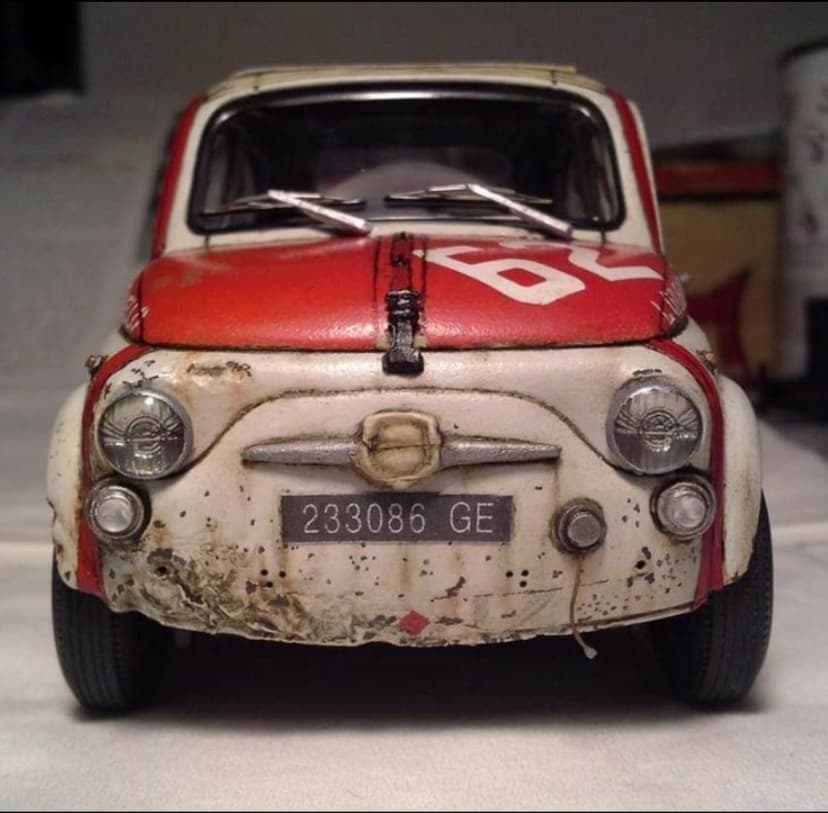 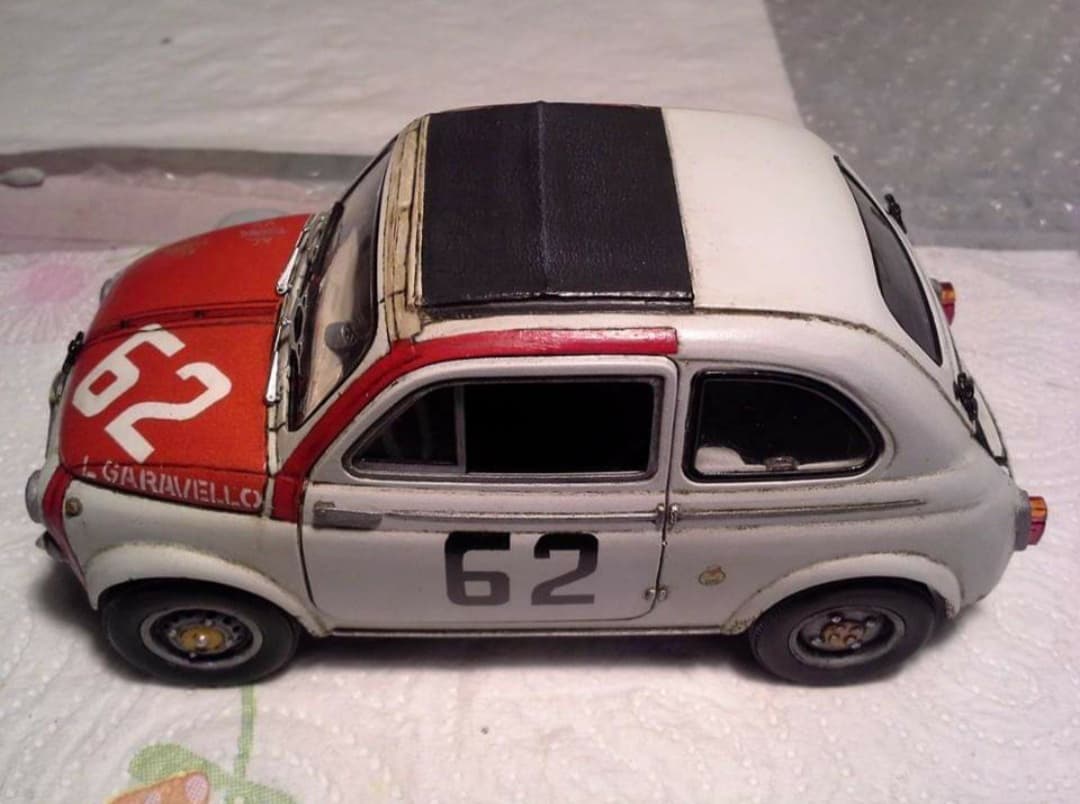 This 500, to be exact, a 595 Abarth was commissioned to me by a friend to donate it to Leonardo Dürst, driver (pictured in the magazine photo behind the model), winner of the Italian Tourism Trophy in 1965. It is not a box model, it was a toy all transformed and detailed with self-built, modified and photoengraved parts. The 595 model portrays the car exactly in the condition it was in after qualifying, all bruised and dirty due to an accident during qualifying. As it was he raced the next day making the last race of the championship and leading to the victory of the same in Dürst.